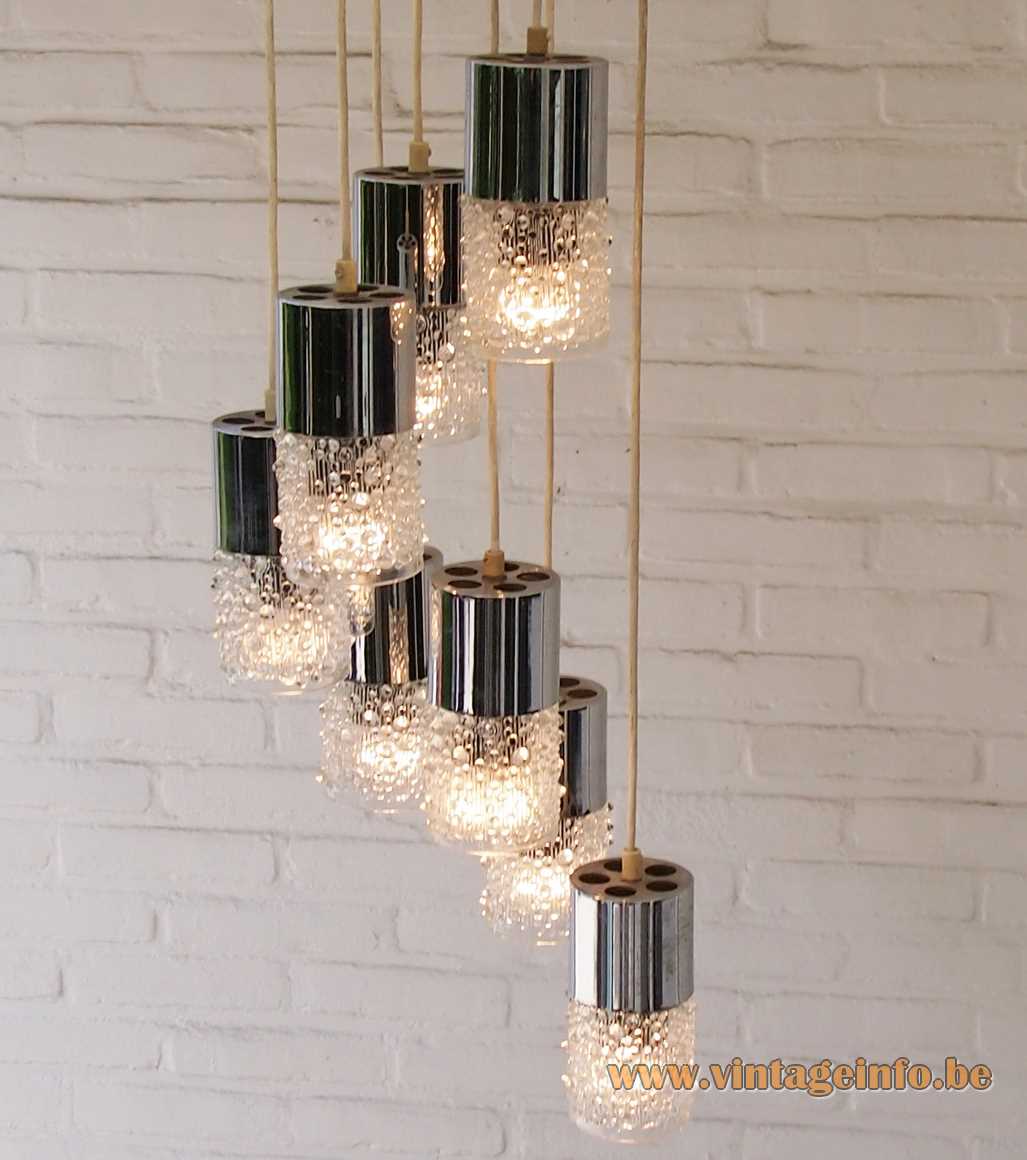 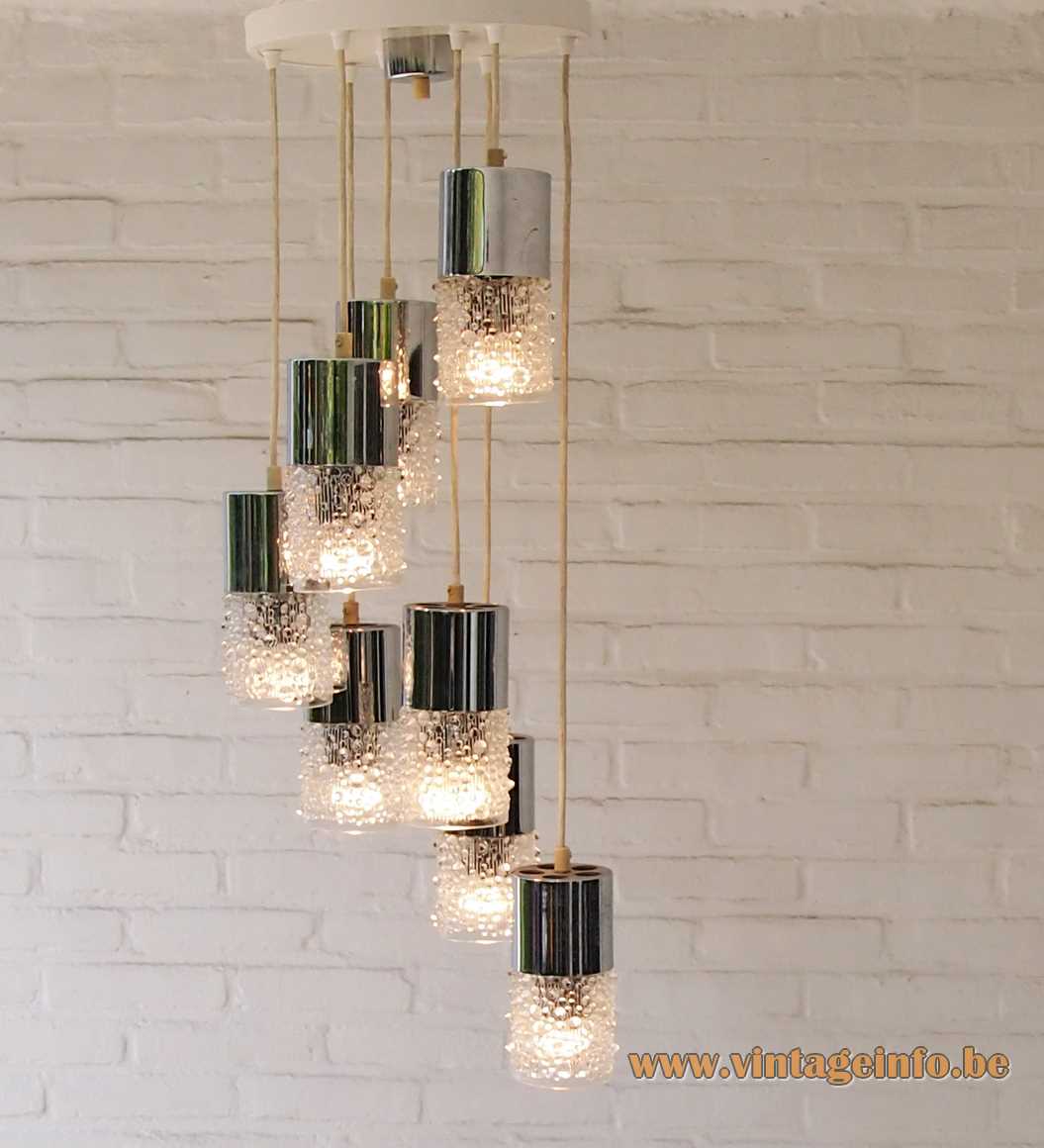 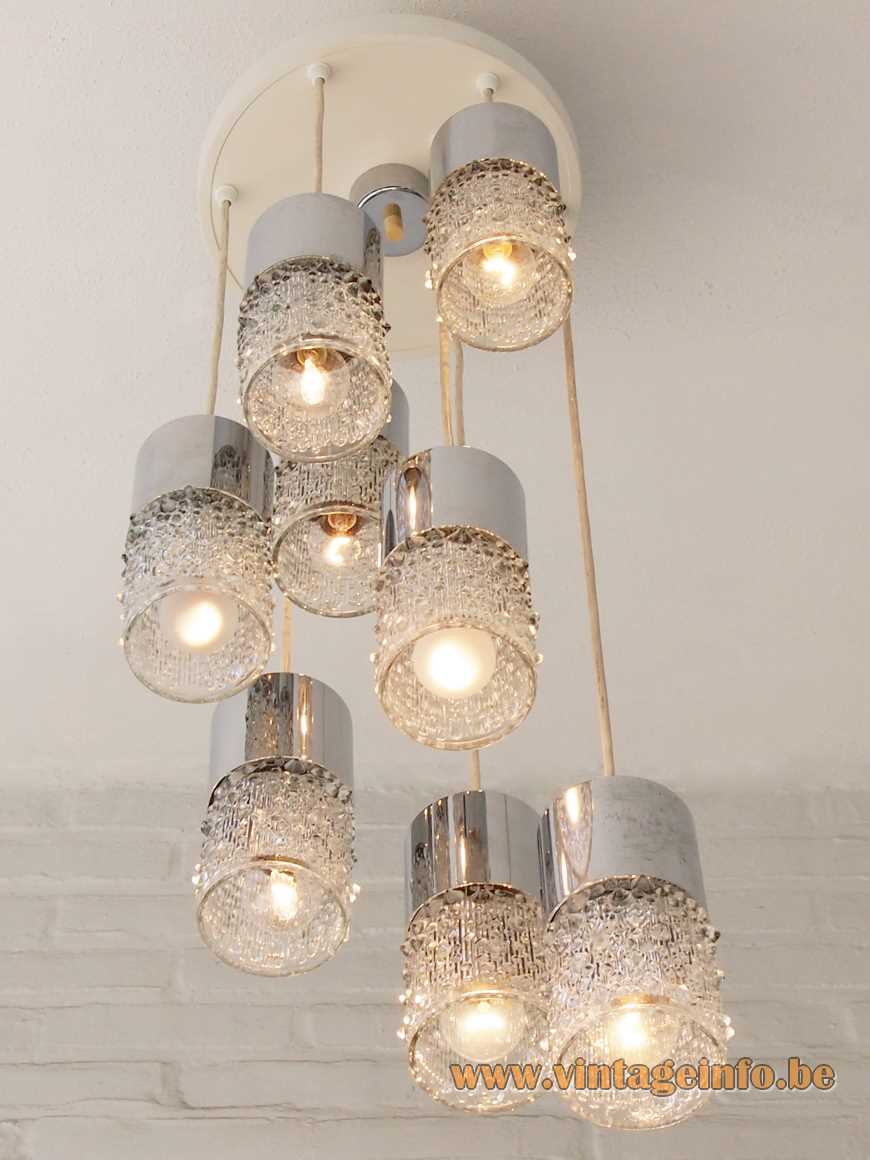 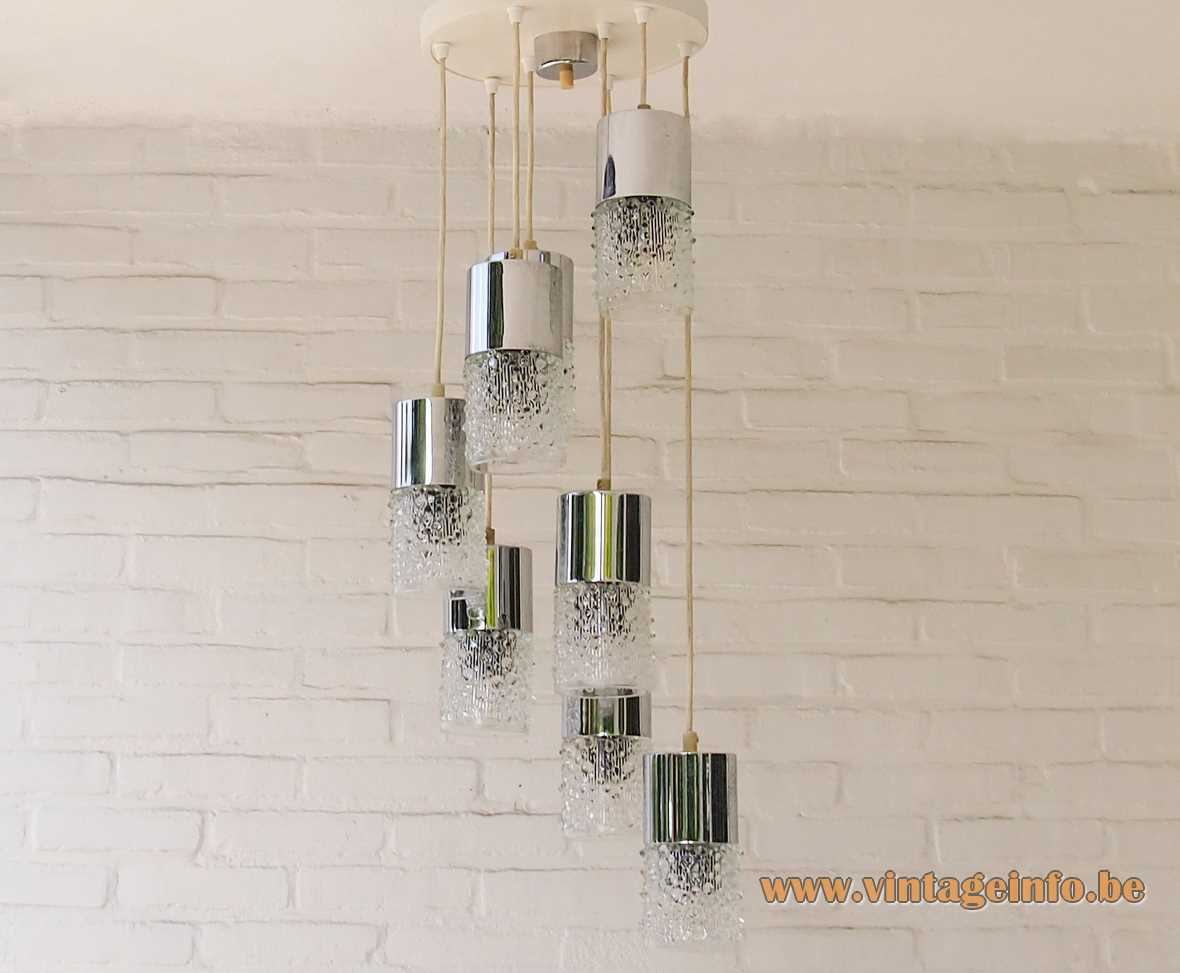 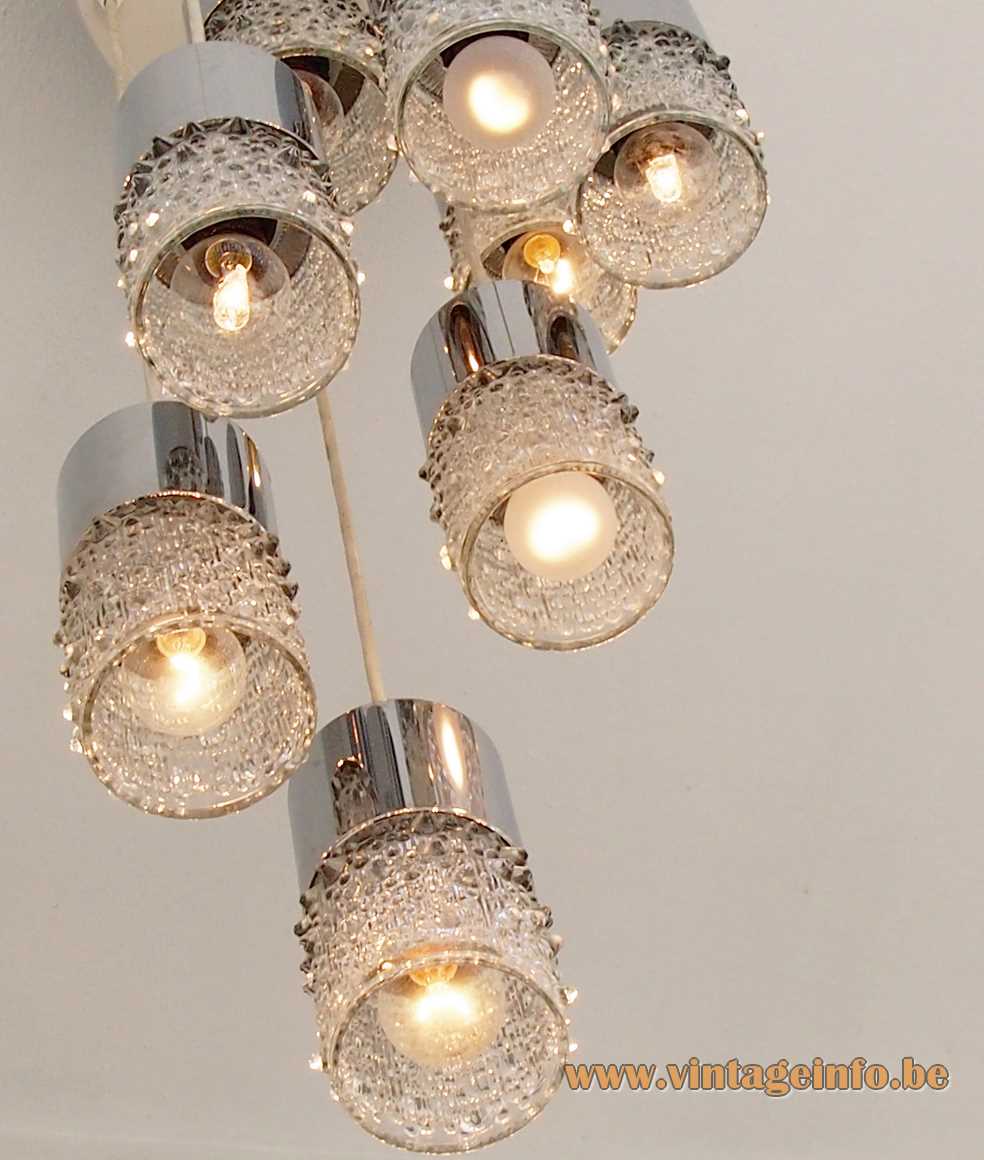 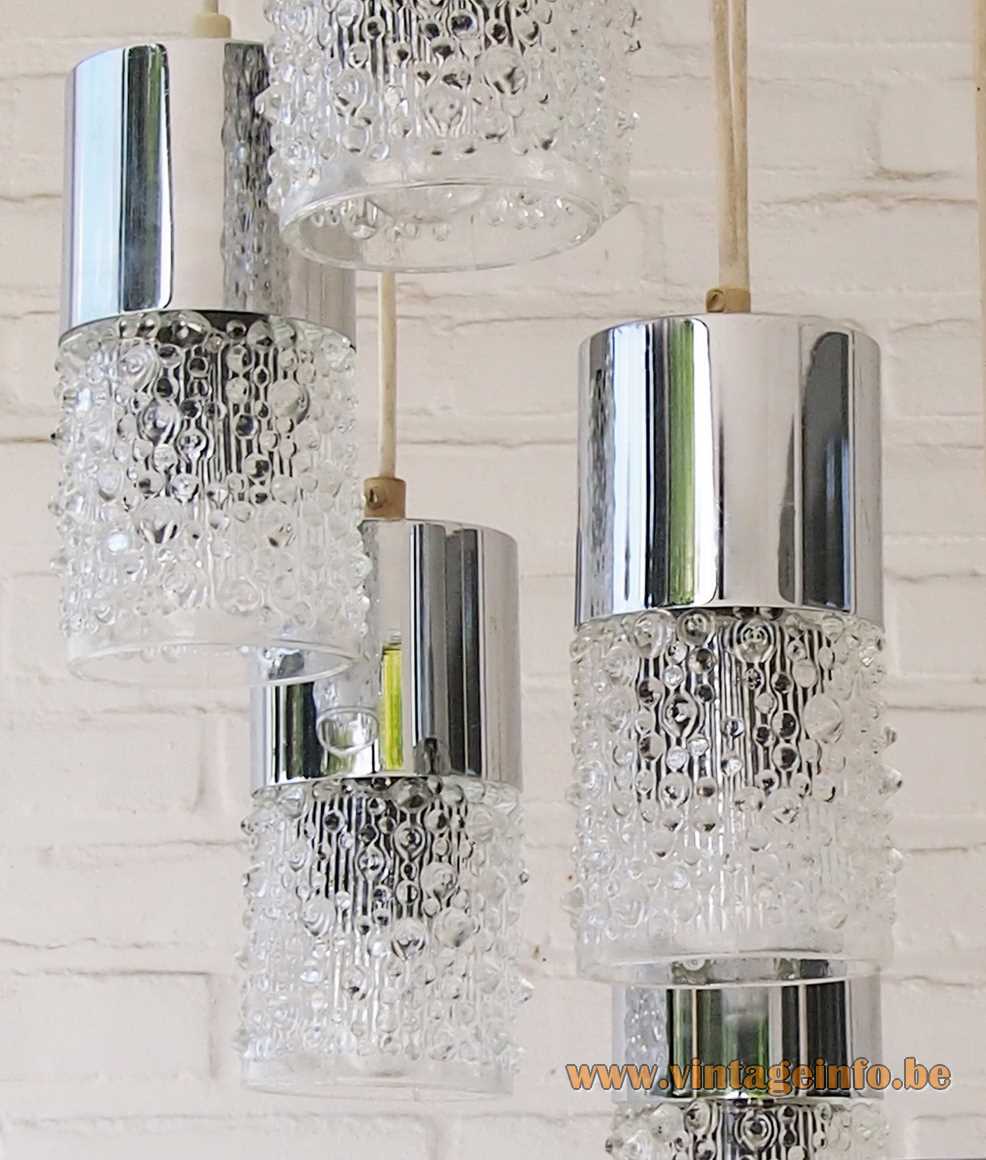 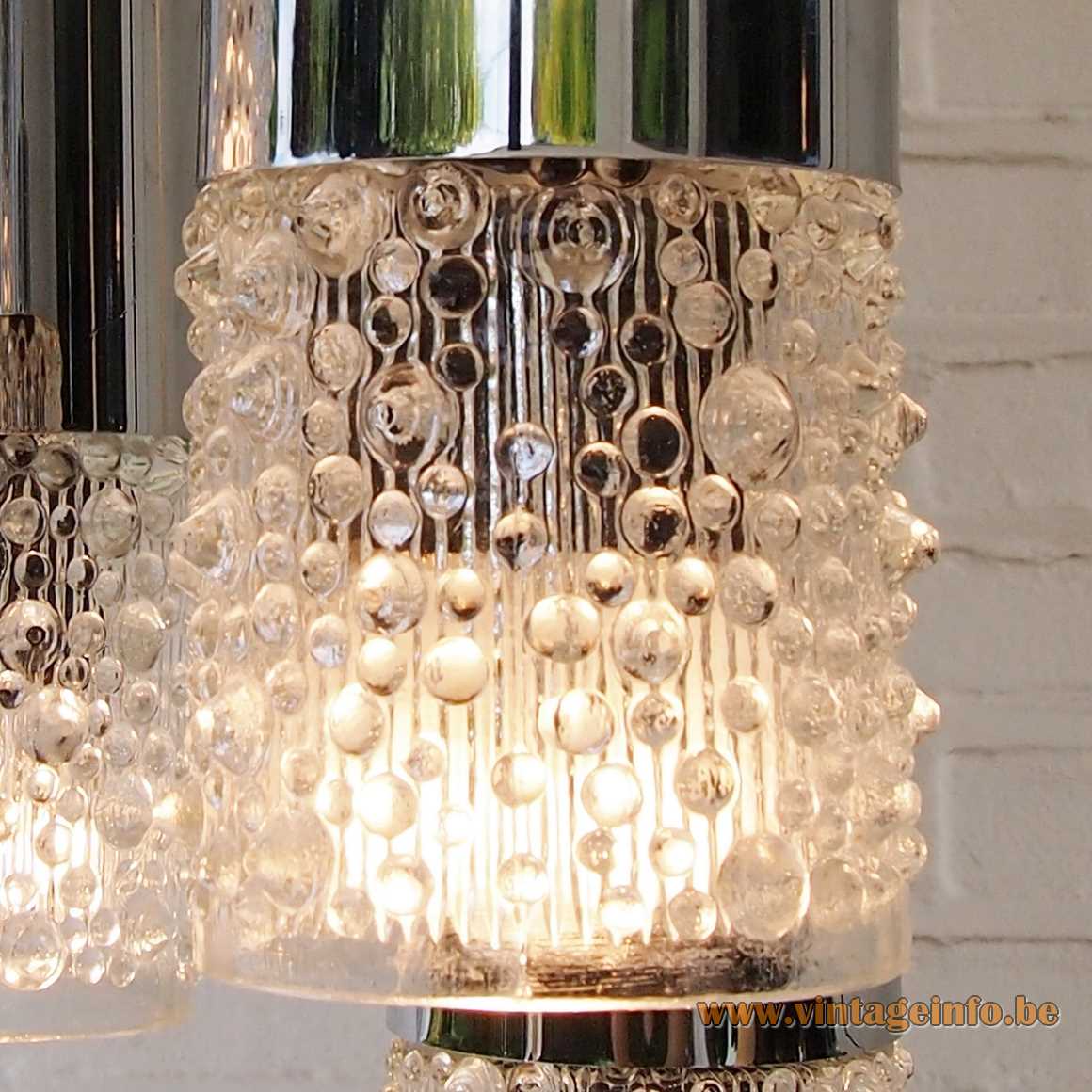 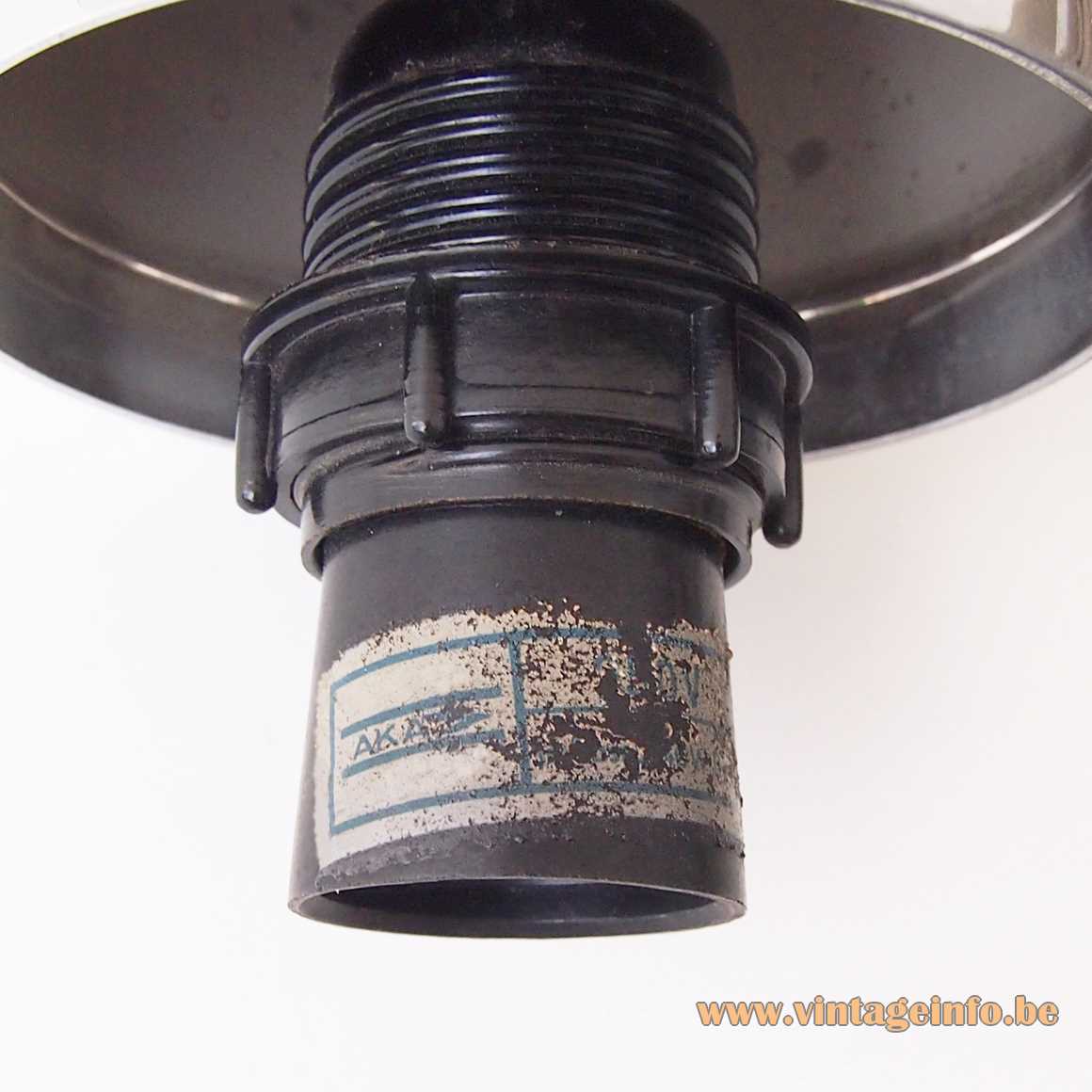 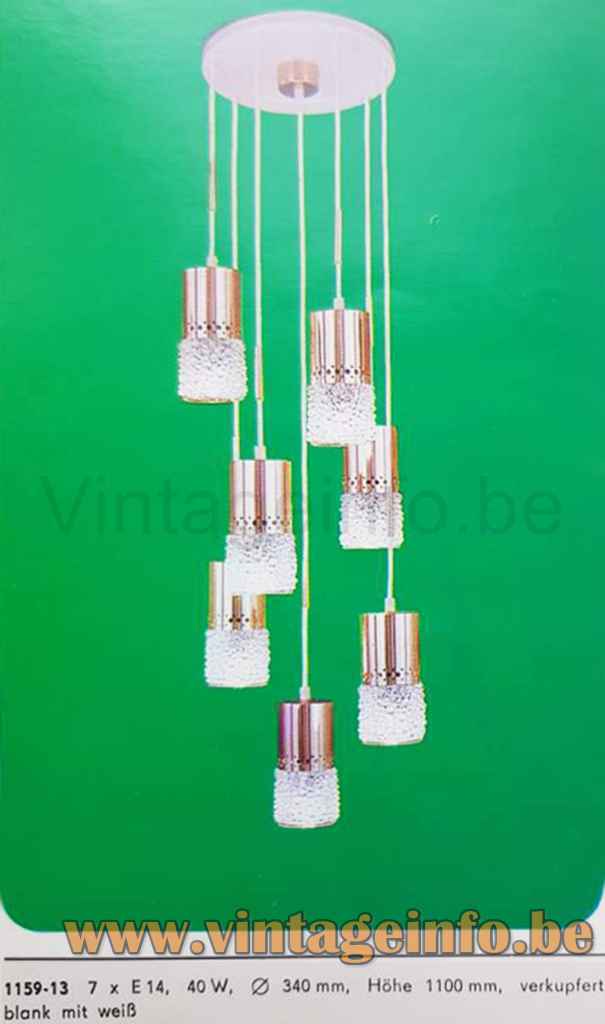 Electricity: 8 bulbs E14, 8 x 40 watt maximum, 110/220 volt.
Any type of light bulb can be used, not a specific one preferred. For this setup clear and frosted light bulbs were used to see the small difference.

Other versions: This AKA Electric cascade pendant chandelier exists in a few varieties. Also made with more or less lamps, wall lamps and so on.

This lamp has an East German label of AKA Electric. It is made in the 70s by VEB Leuchtenbau, Lengefeld. One of the biggest lighting companies at that time in the GDR. In all the sockets DDR is pressed. (Deutsche Demokratische Republik – German Democratic Republic – GDR)

AKA ELECTRIC was the trademark for electrical household appliances, lights and vehicle electrics in the GDR.

In 1969, 15 of the most important electro-technical, electronic and photo-optical producers in the GDR were merged to form the Volkseigener Betriebe Elektrischer Konsumgüter. The Publicly-owned business of Electrical Consumer Goods.

The VEB Leuchtenbau company in Lengefeld was founded in 1900 as Wittig und Schwabe Metalldruckwarenfabriken (Metal Printing Factories). Right after World War II in 1946, the name changed into VEB Leuchtenbau. In 1963 they manufactured some 1.5 million lamps, of which 80% were exported. In 1965 they produced 120 different models of lamps.

The glass of this AKA Electric cascade pendant chandelier has many similarities with the candle wax vases designed by František Pecený for Hermanova Hut in 1974 (pattern number 20245). Hermanova Hut glassworks, part of the “Sklo Union” group, was a Czech company. They produced many glass items in this style.

Maybe the glass for this chandelier was produced by Hermanova Hut and designed by František Pecený. Czechoslovakia was part of the Eastern Blok and part of the USSR-aligned countries such as Bulgaria, Hungary, Poland, Romania and East Germany. All those countries worked close together. Below glass vases in this candle wax design. Glass made by the designers František Pecený and Pavel Pánek.

Pendant chandelier with the same big round ceiling plate