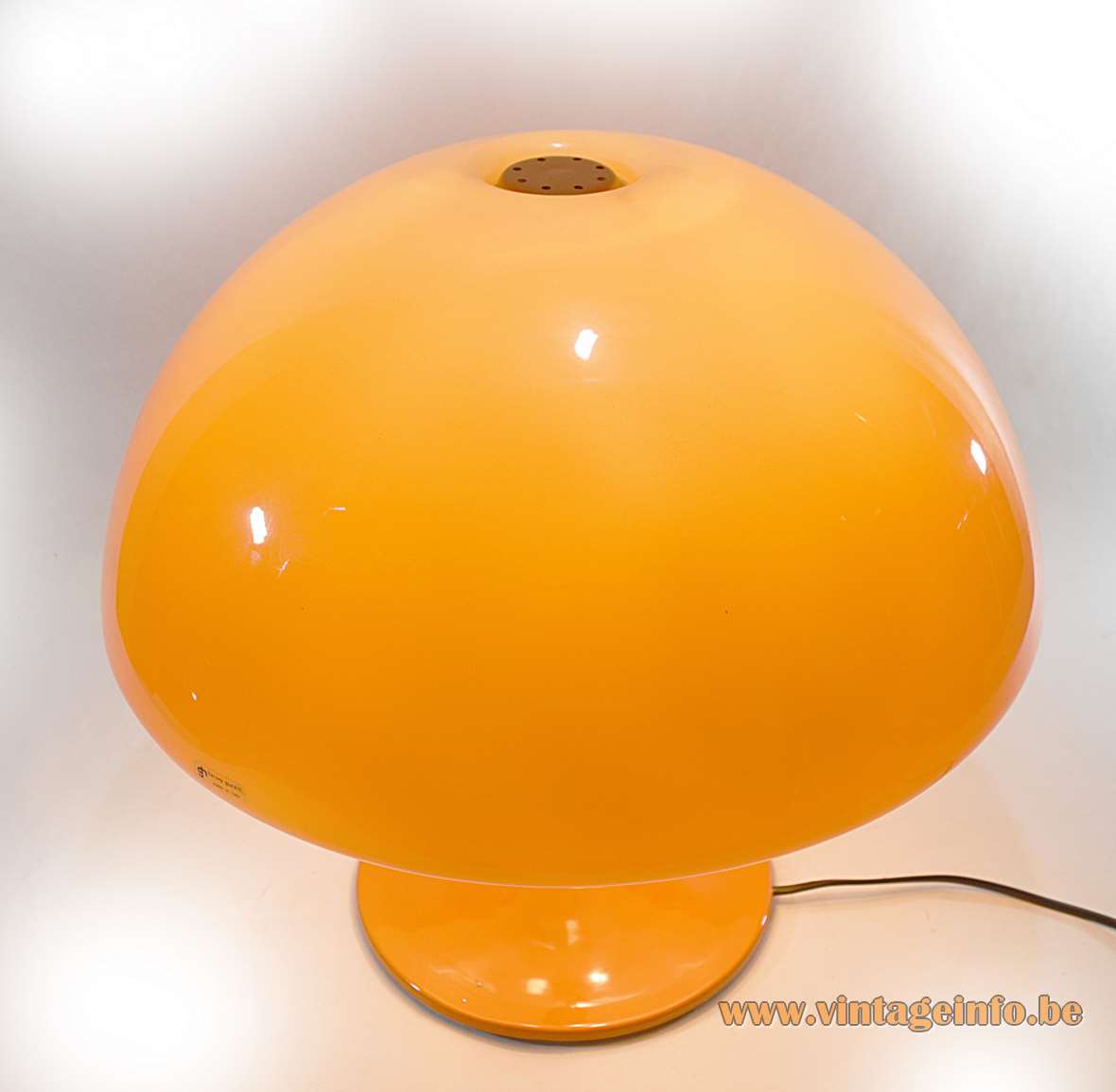 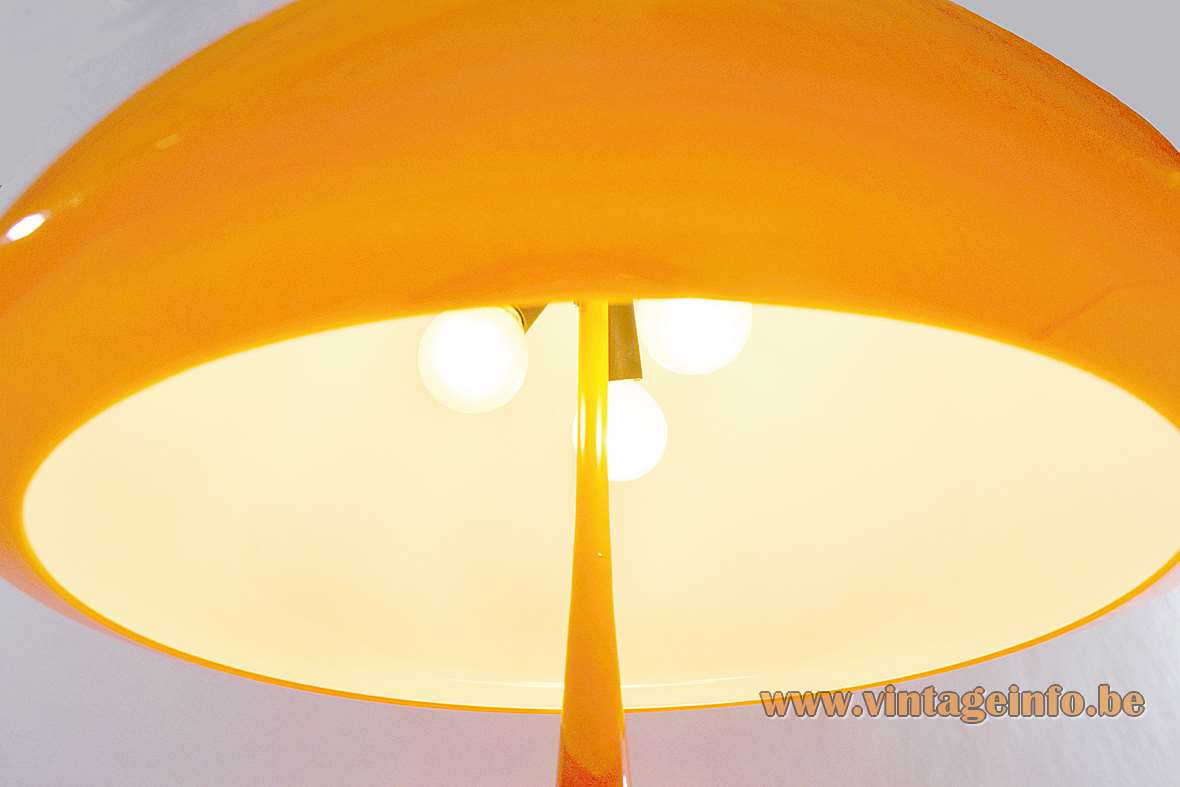 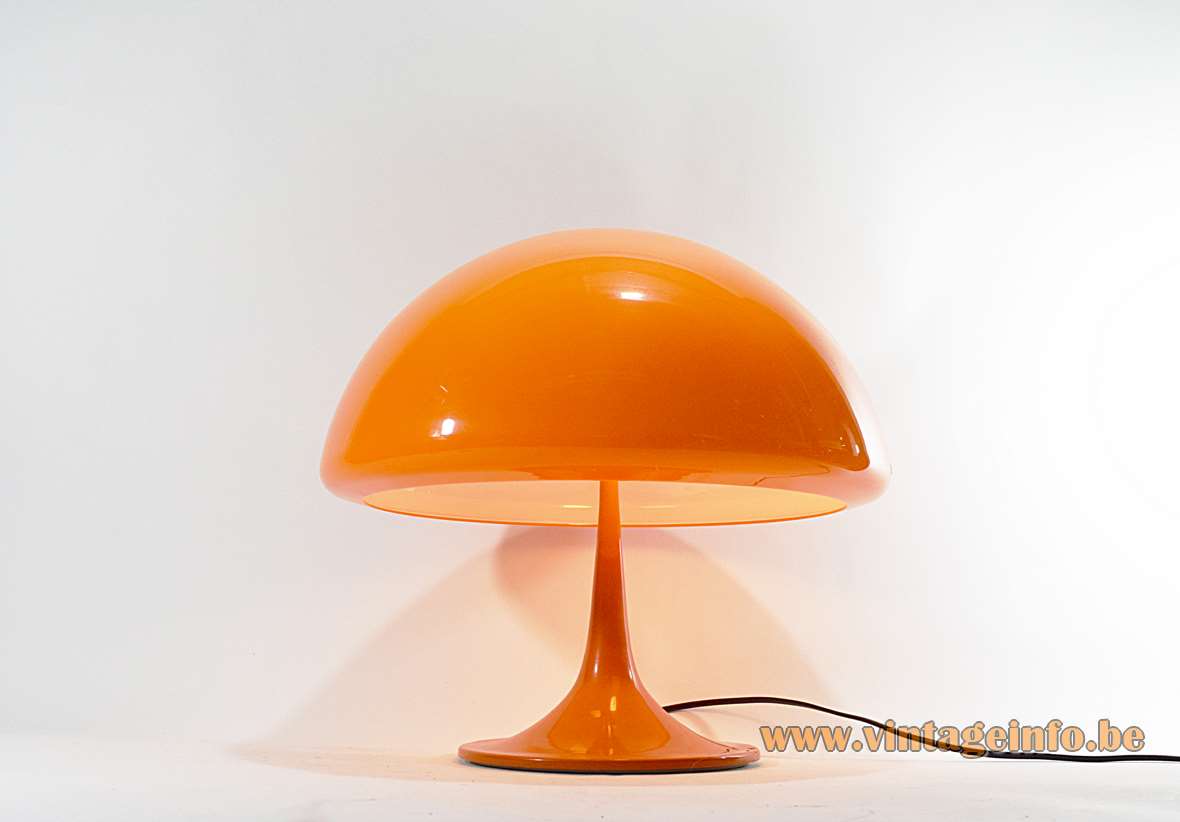 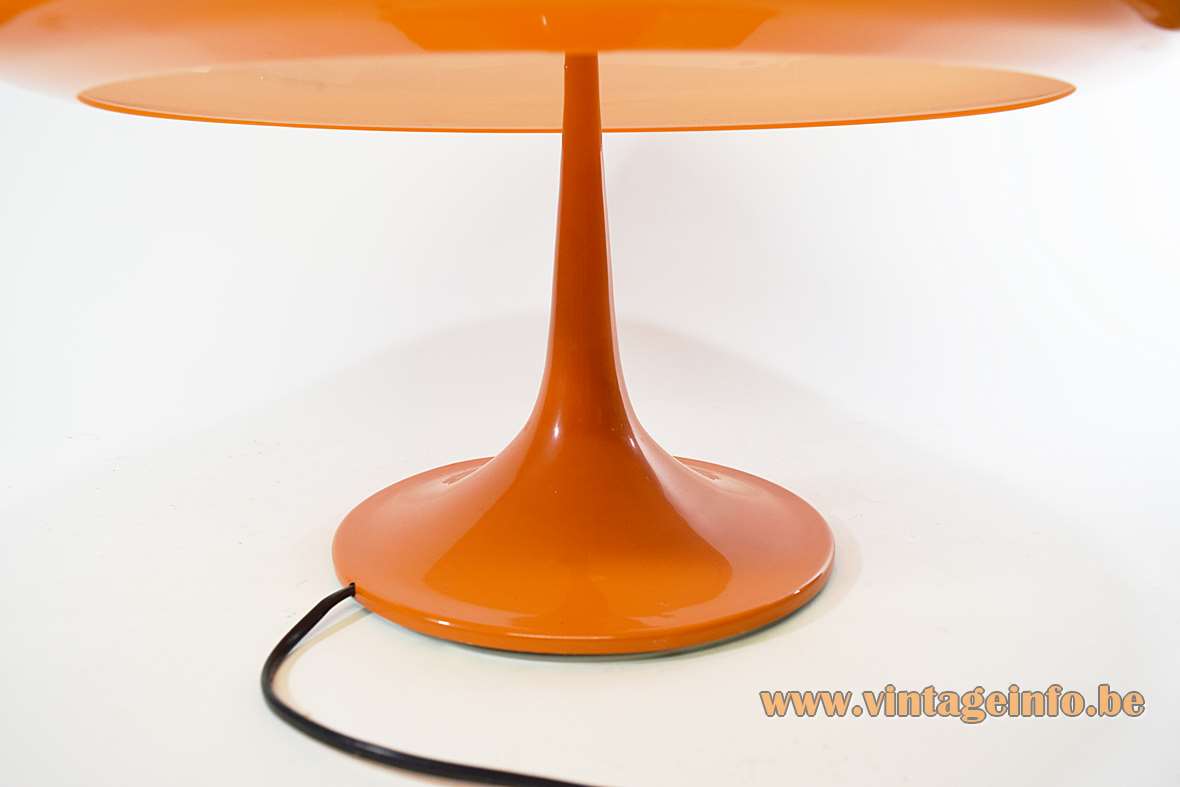 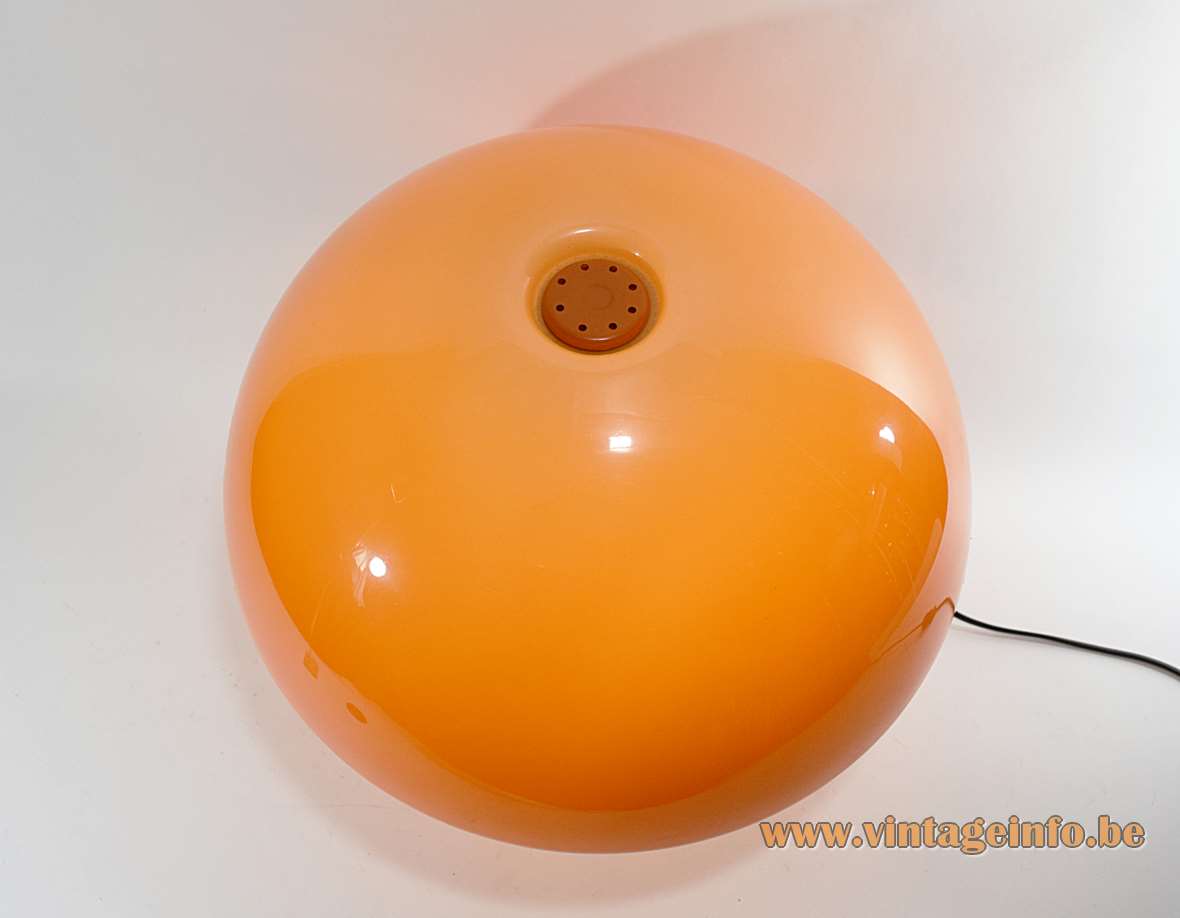 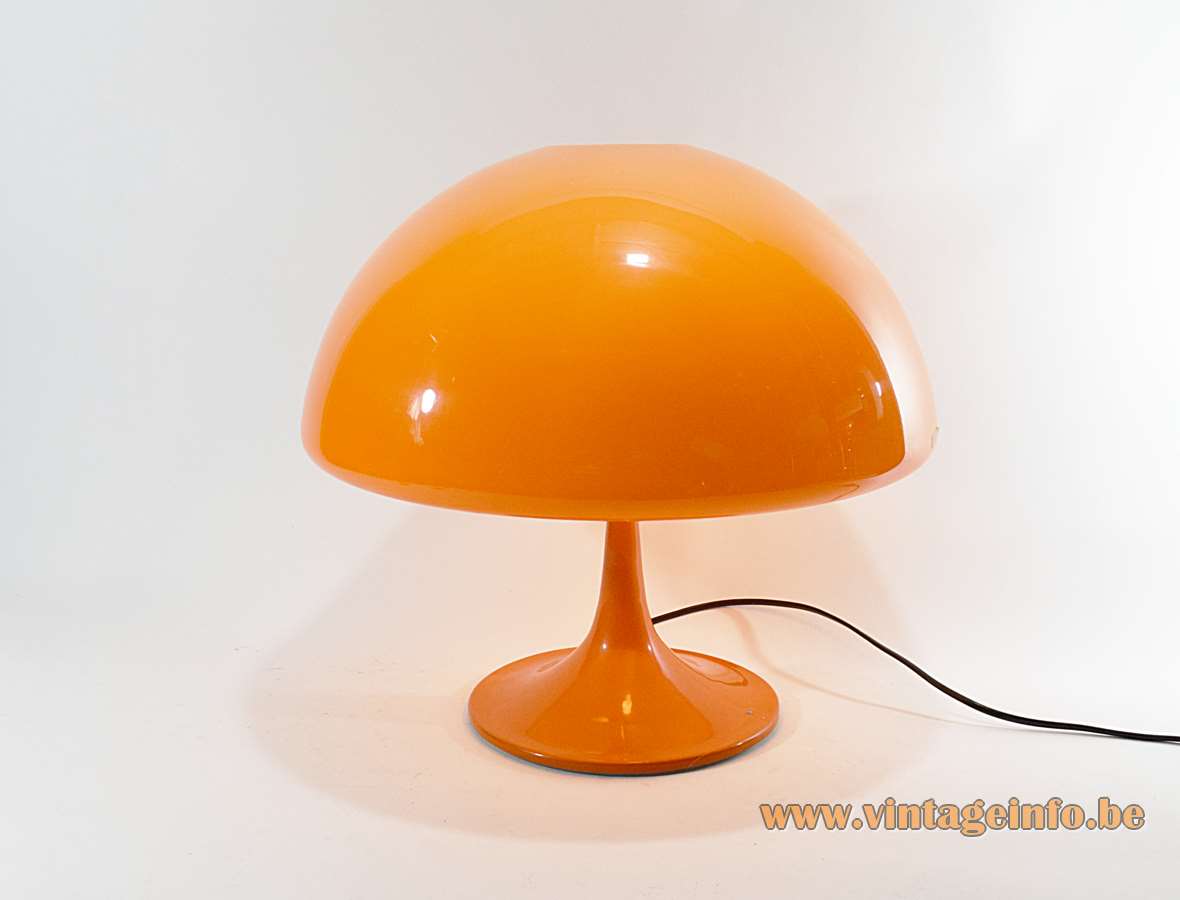 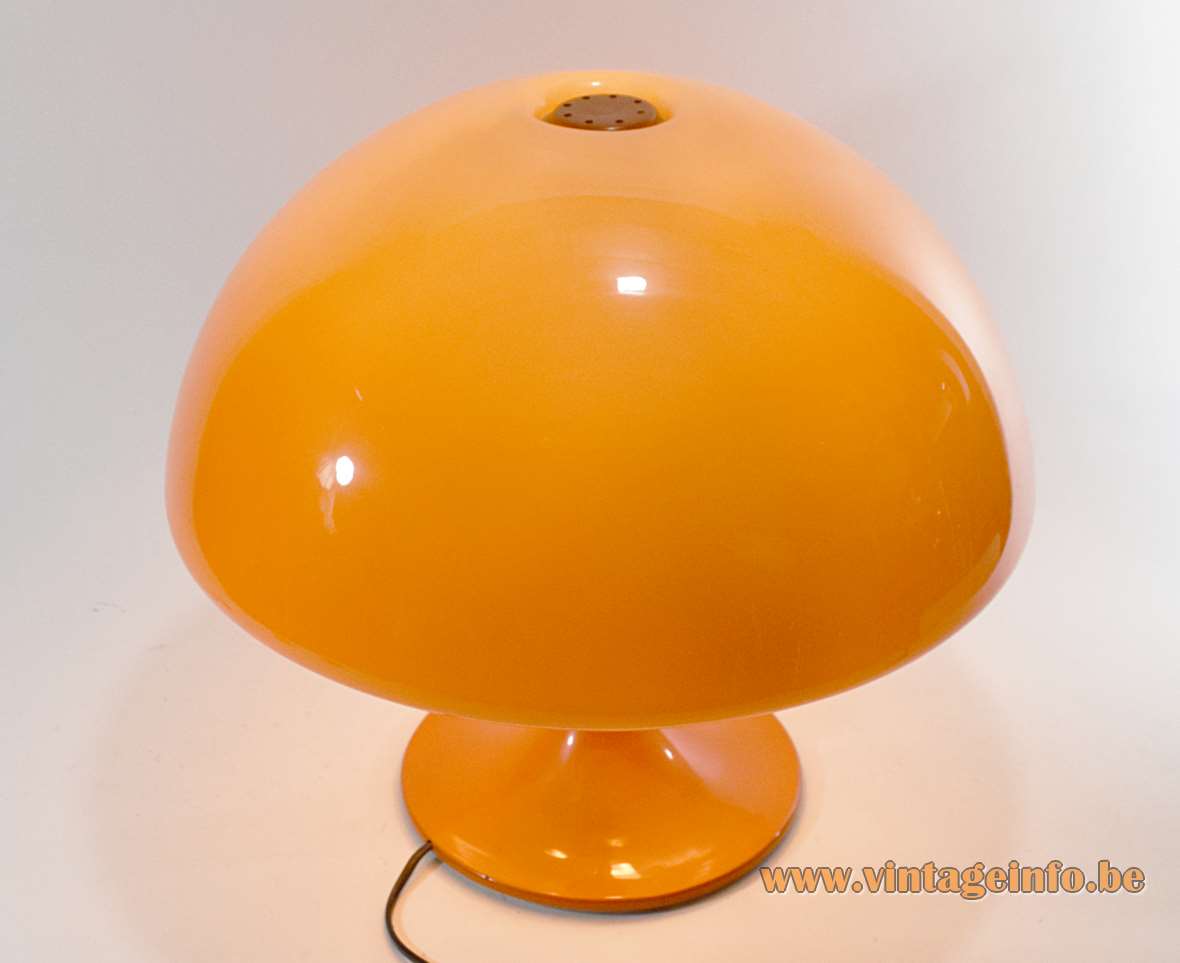 Later and final version. It has a chrome base, it is divided in two parts and made a bit thicker. 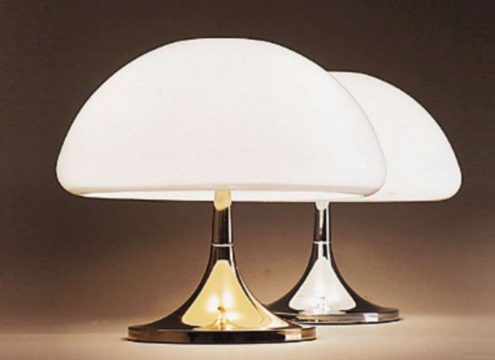 In 1962, Luigi Massoni meets the brothers Raimondo, Giovanni and Giuseppe Guzzini in Milan: it is the beginning of a fruitful collaboration. He worked for Fratelli Guzzini and Harvey Guzzini, what later changed in iGuzzini, until 1976. Not only he was the art director but the coordinator of communication and advertising campaign, bringing, as pointed out by Adolfo Guzzini “a purification of the form” and “rationality as a new social status “. He also designed the logo of Harvey Guzzini as you can see below.
Luigi Massoni designed some of the most beautiful lamps for Harvey Guzzini, such as the Brumbry, the Alvise, the Moana, the Medusa and this lamp the Toledo.

A second edition of the Harvey Guzzini Toledo table lamp was used as a prop in the 2020 British-Italian comedy-drama film Made In Italy. Starring Liam Neeson, Micheál Richardson and Valeria Bilello. 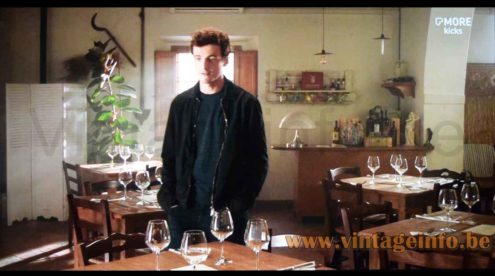 The lampshade is degrading orange (light to dark orange) on the outside, complete white on the inside. Harvey Guzzini wanted to create the incamiciato effect, the same way many Murano glass lamps are made. It is made this way to give white light below and to distribute the light evenly.

The same base as the second version was used for the Medusa table lamp. You can find this lamp over here. 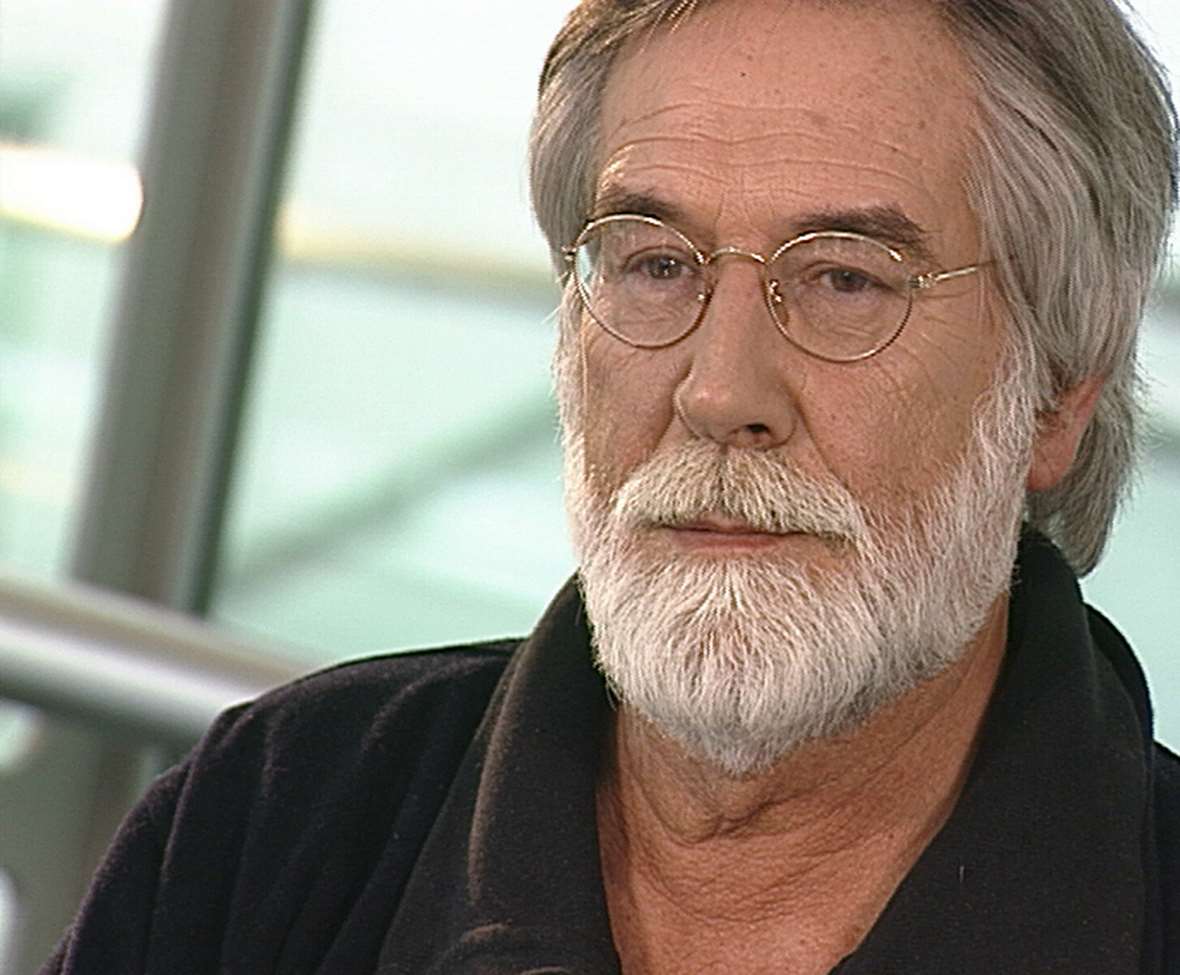 First edition, the base is flatter and made in 1 piece (catalogue photo) 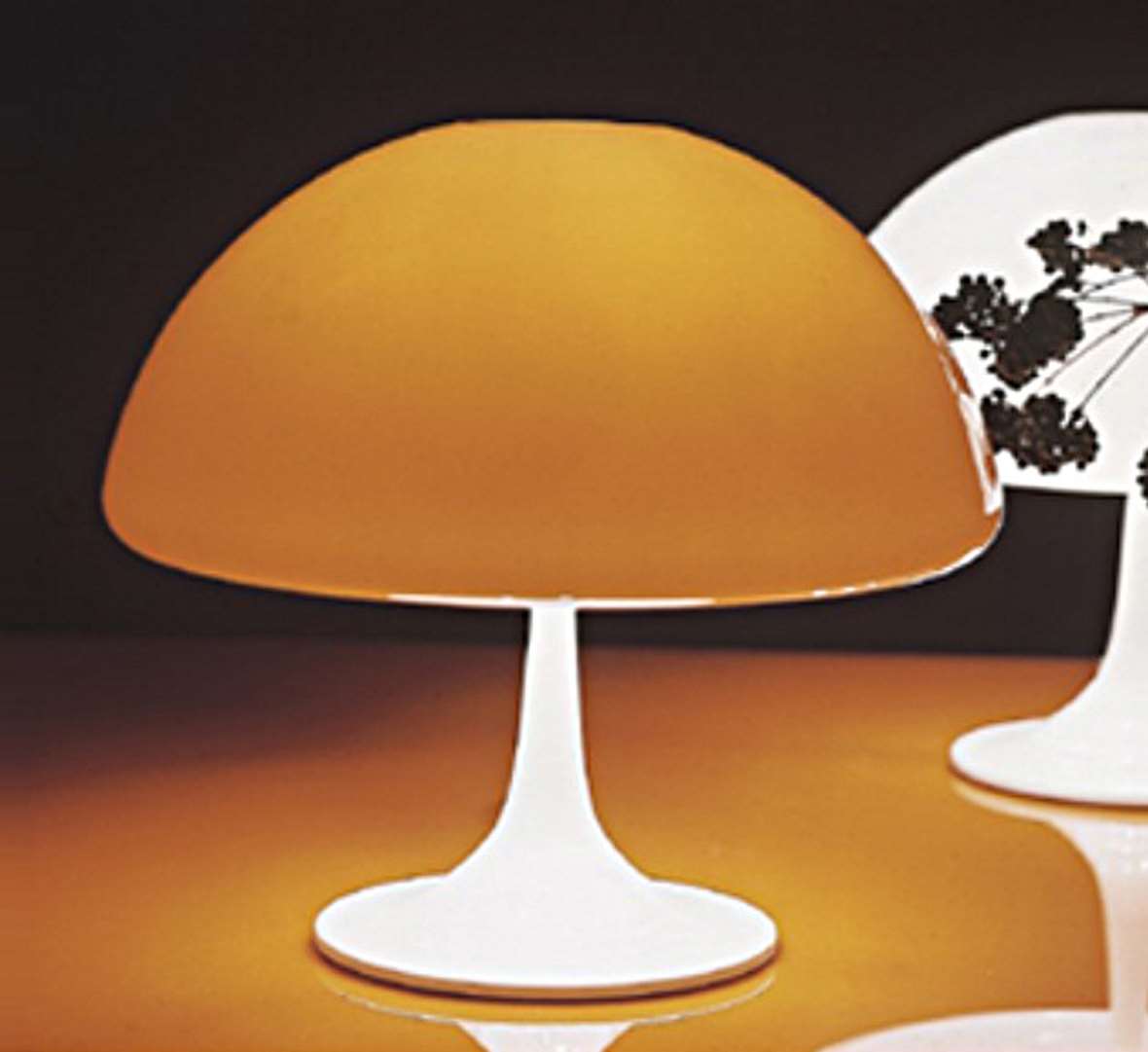 Scheme of the second version 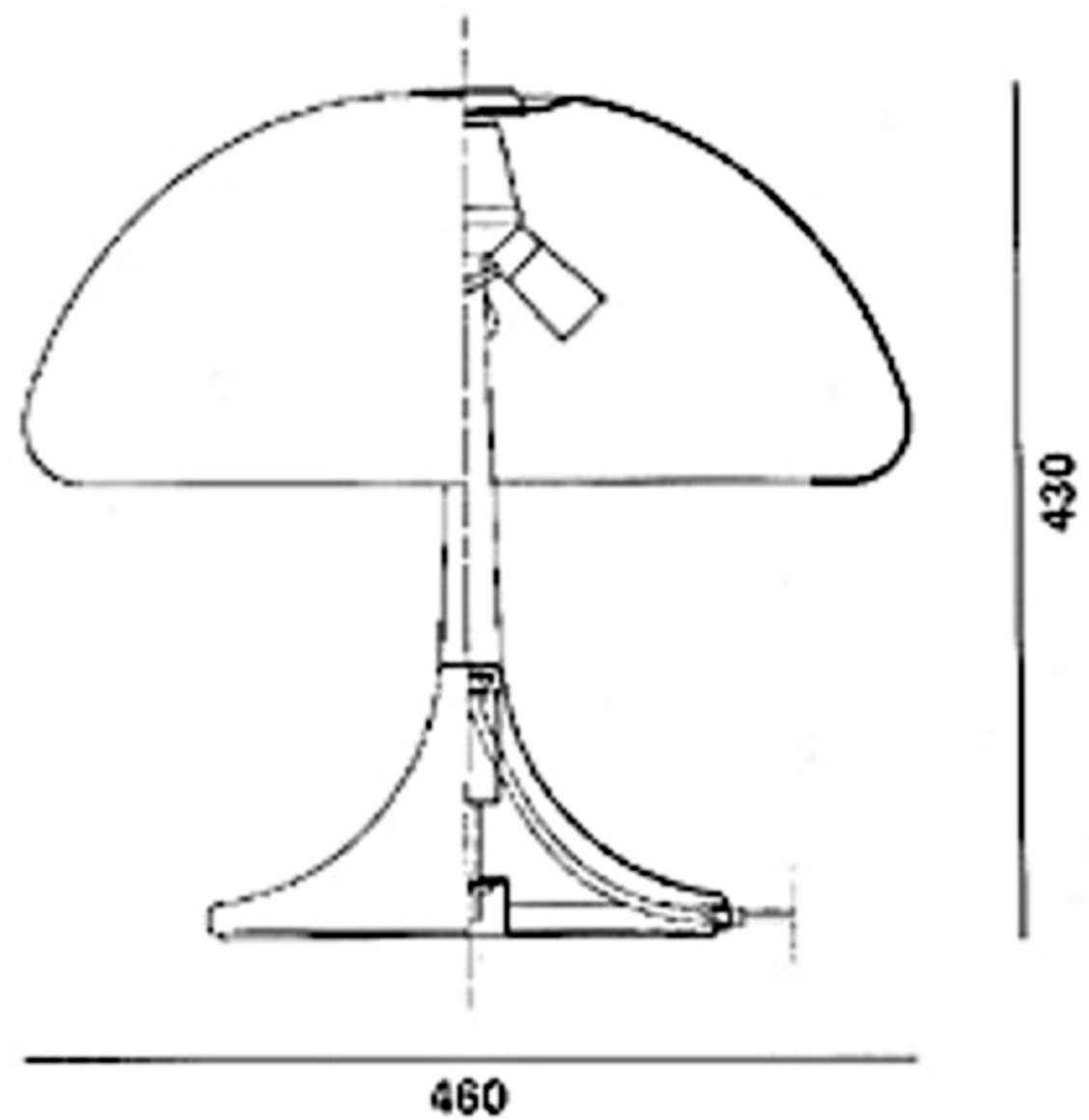 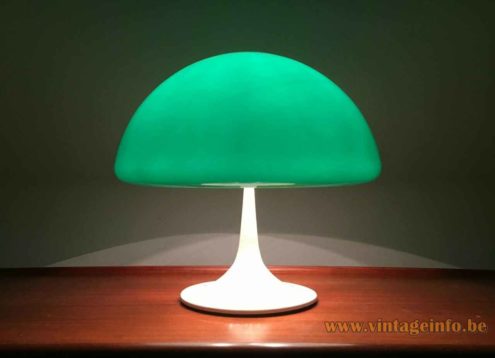 Many thanks to Tinneke for the jumble sale photo.

Many thanks to Frank from nullviernull raum+kommunikation for the photo of the green lamp. You can find his shop over here on Ebay.