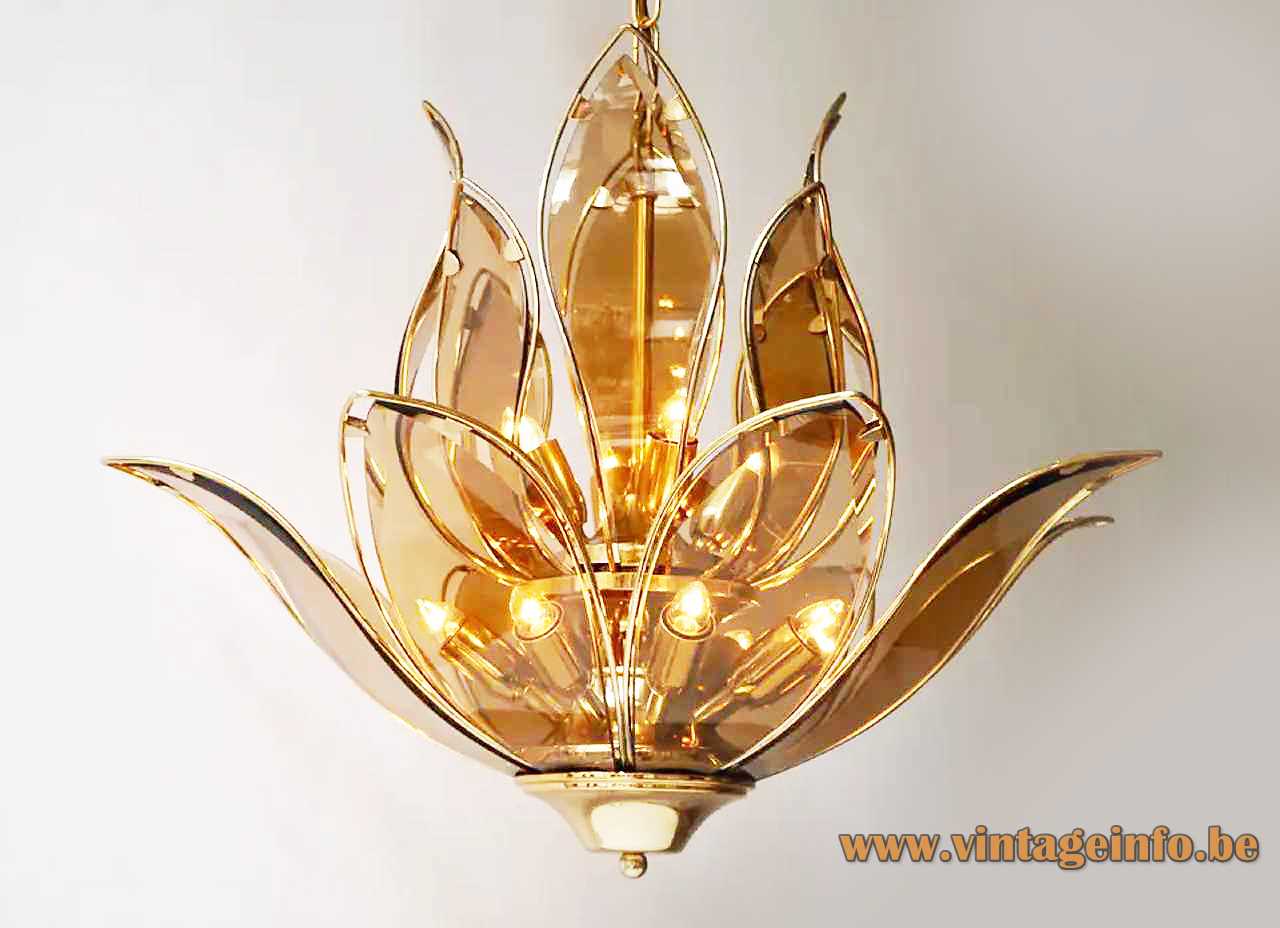 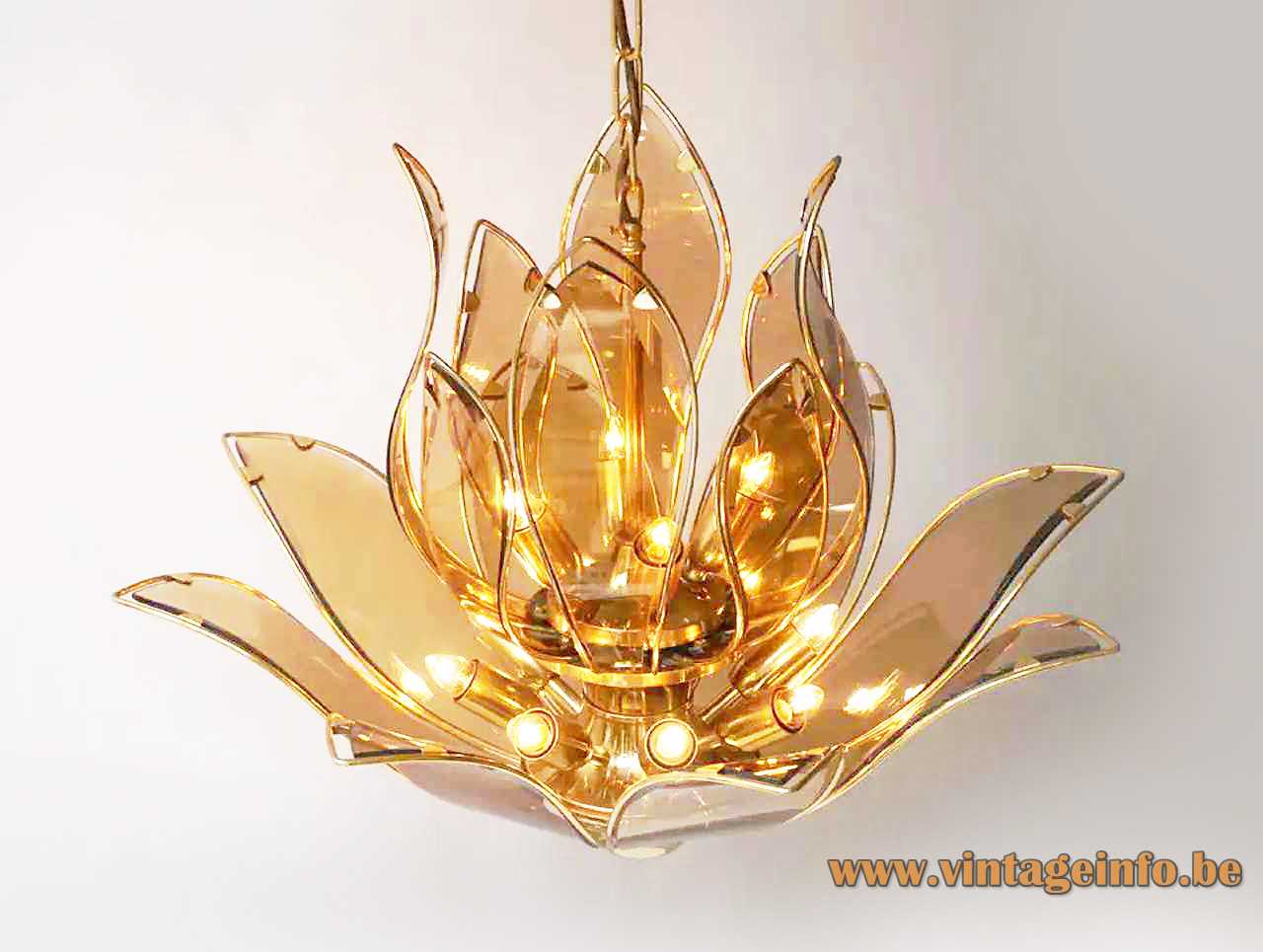 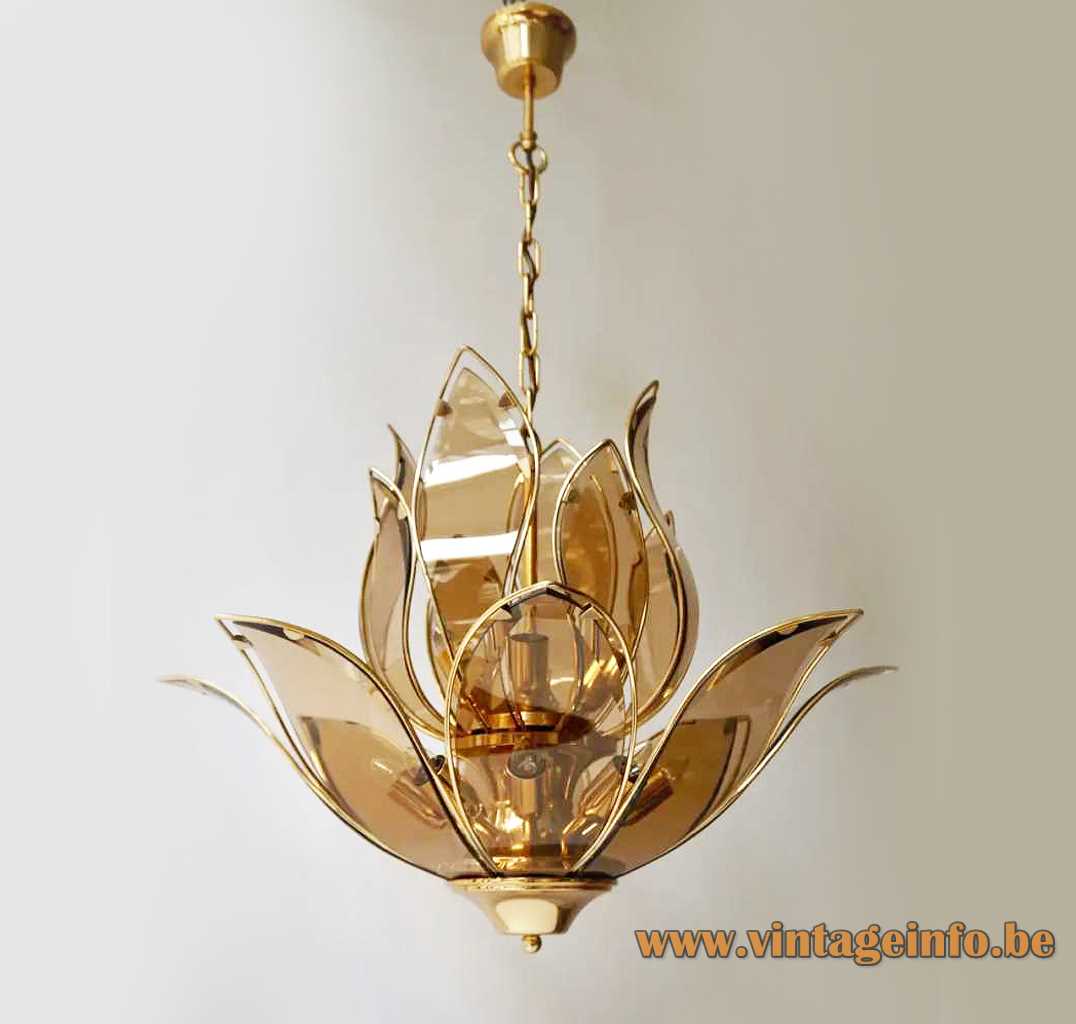 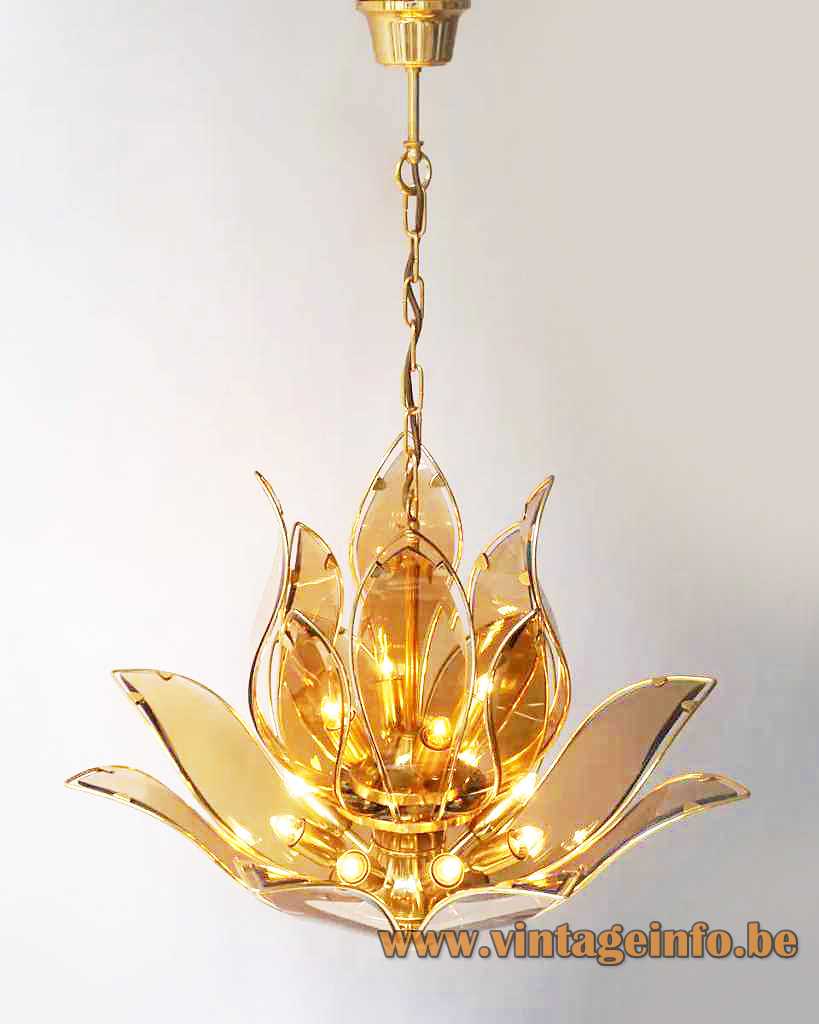 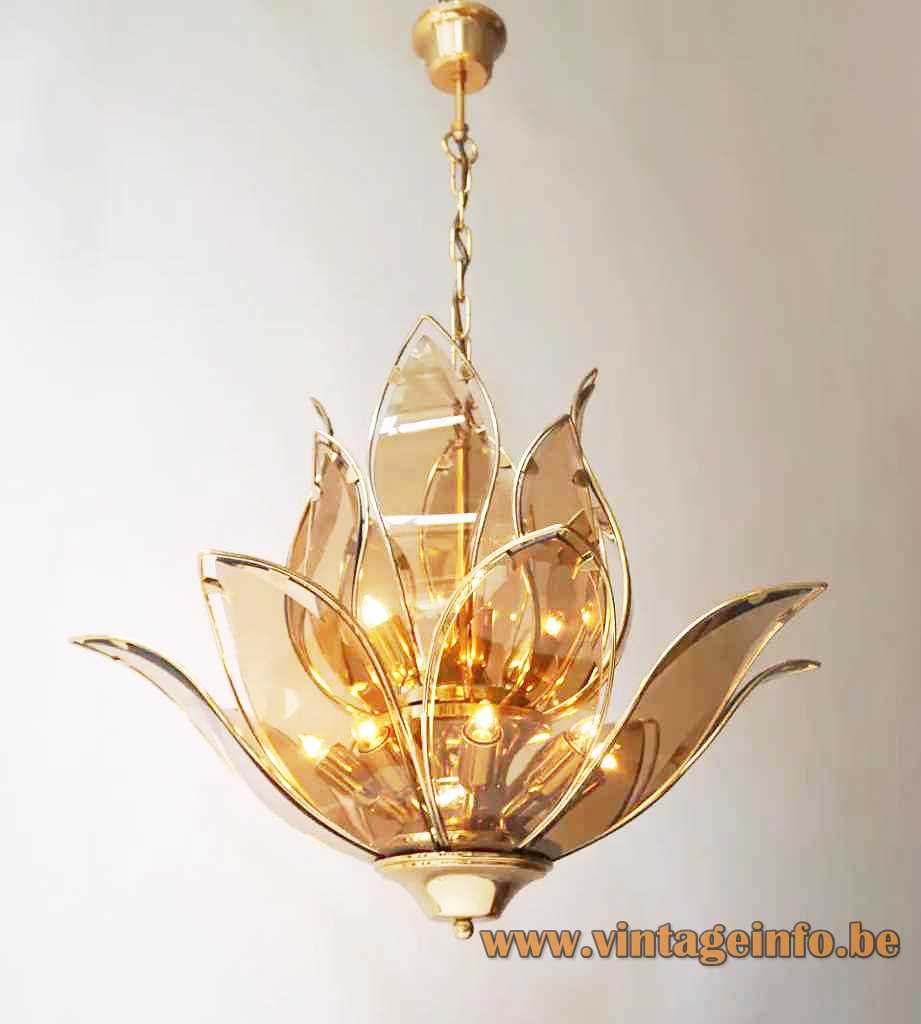 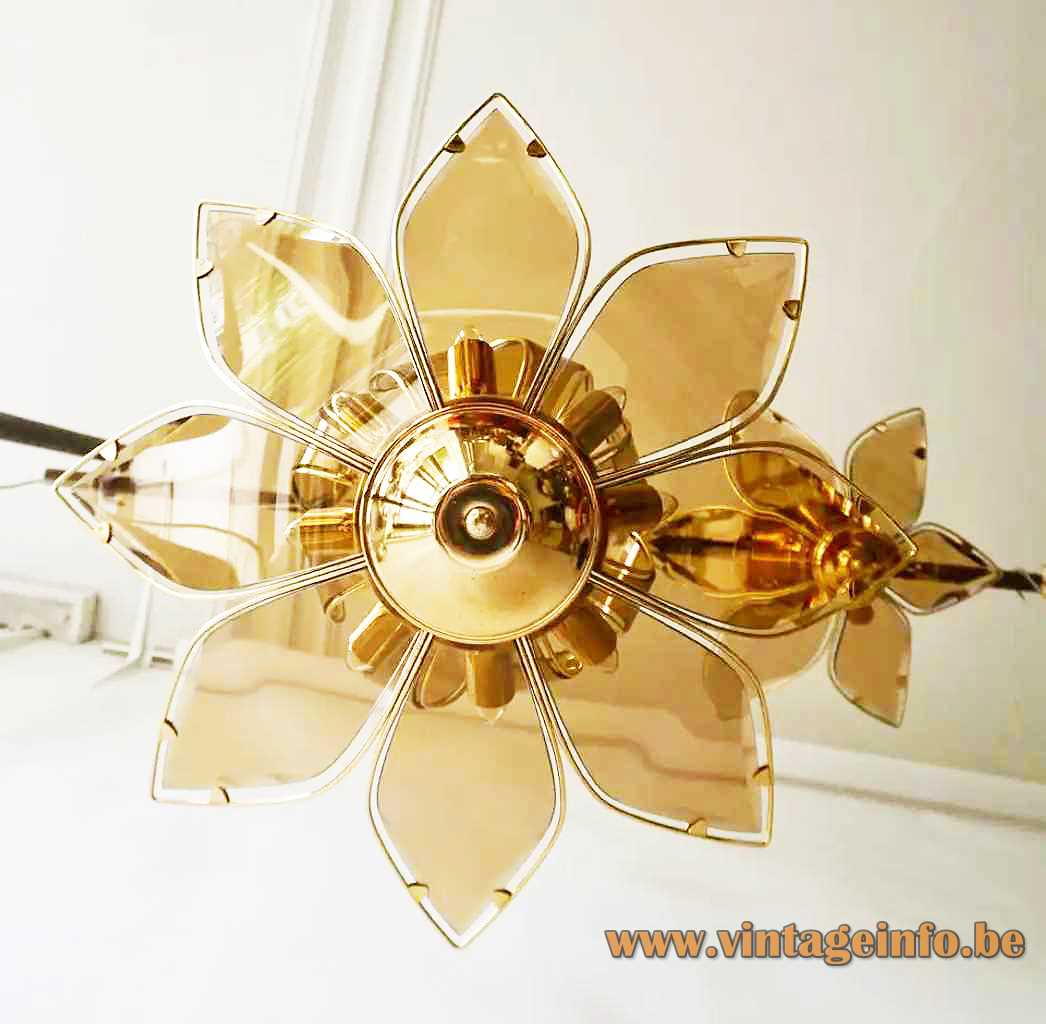 Other versions: This Lotus flower glass chandelier exists in several variations and colours. Made as table lamps, floor lamps and wall lamps. A Lotus flowers floor lamp with pink leaves can be found here, on Vintageinfo.

These lamps are made for a long time, at least since the 1980s. The floor lamps were at least made until 2018. In Europe they were sold by Massive. They were also for sale in DIY stores in the 1990s.

In the USA it is The Home Depot who sells these lamps today (2018). Ore International Inc. from California is the importer. Online for sale on several websites.

The Huizhou Homelighting Technology Co., Ltd. is a Chinese manufacturer. Today (2020) they still produce several lamps in this style and they sell them on the Alibaba website.