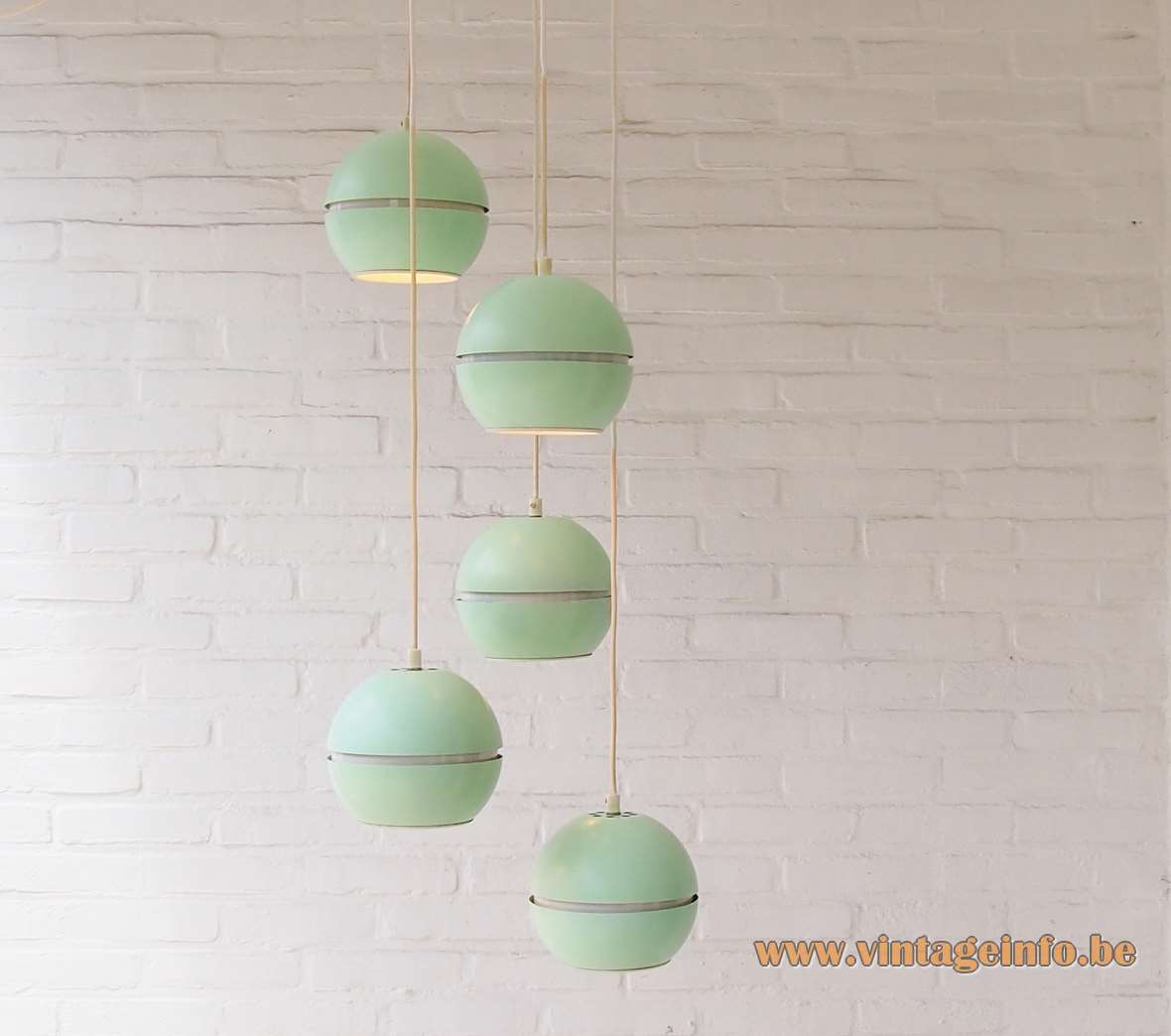 Other versions: This VEB Leuchtenbau cascade pendant chandelier was in all probability produced in several colours.

This lamp has no label, but it is East German. It is made in the mid 60s by VEB Leuchtenbau, Lengefeld. One of the biggest lighting companies at that time in the GDR.

Several table lamps with similar globes can be found as lamps produced by AKA ELECTRIC. AKA ELECTRIC was the trademark for electrical household appliances, lights and vehicle electrics in the GDR.

In 1969, 15 of the most important electro-technical, electronic and photo-optical producers in the GDR were merged to form the Volkseigener Betriebe Elektrischer Konsumgüter (Publicly-owned business of Electrical Consumer Goods).

The VEB Leuchtenbau company in Lengefeld was founded in 1900 as Wittig und Schwabe Metalldruckwarenfabriken (Metal Printing Factories). Right after World War II in 1946, the name changed into VEB Leuchtenbau. In 1963 they manufactured some 1.5 million lamps, of which 80% were exported. In 1965 they produced 120 different models of lamps.

AKA Electric cascade pendant chandelier with the same canopy