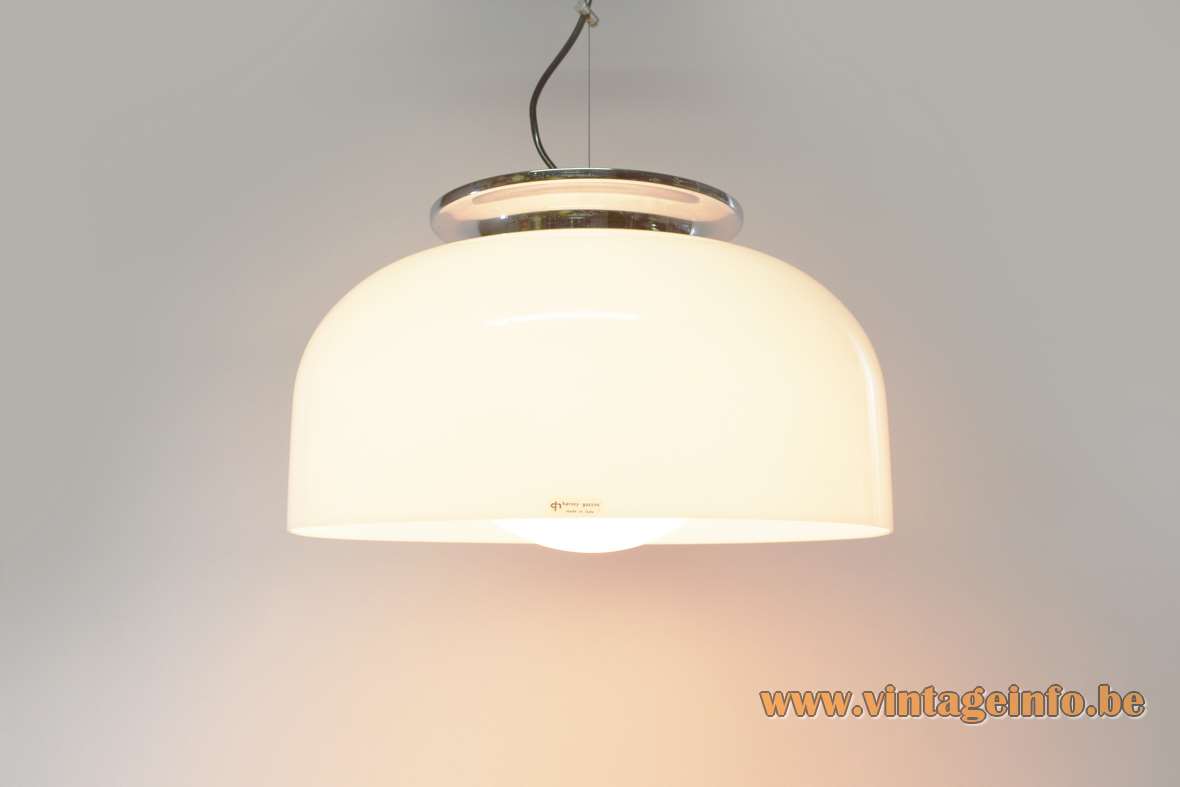 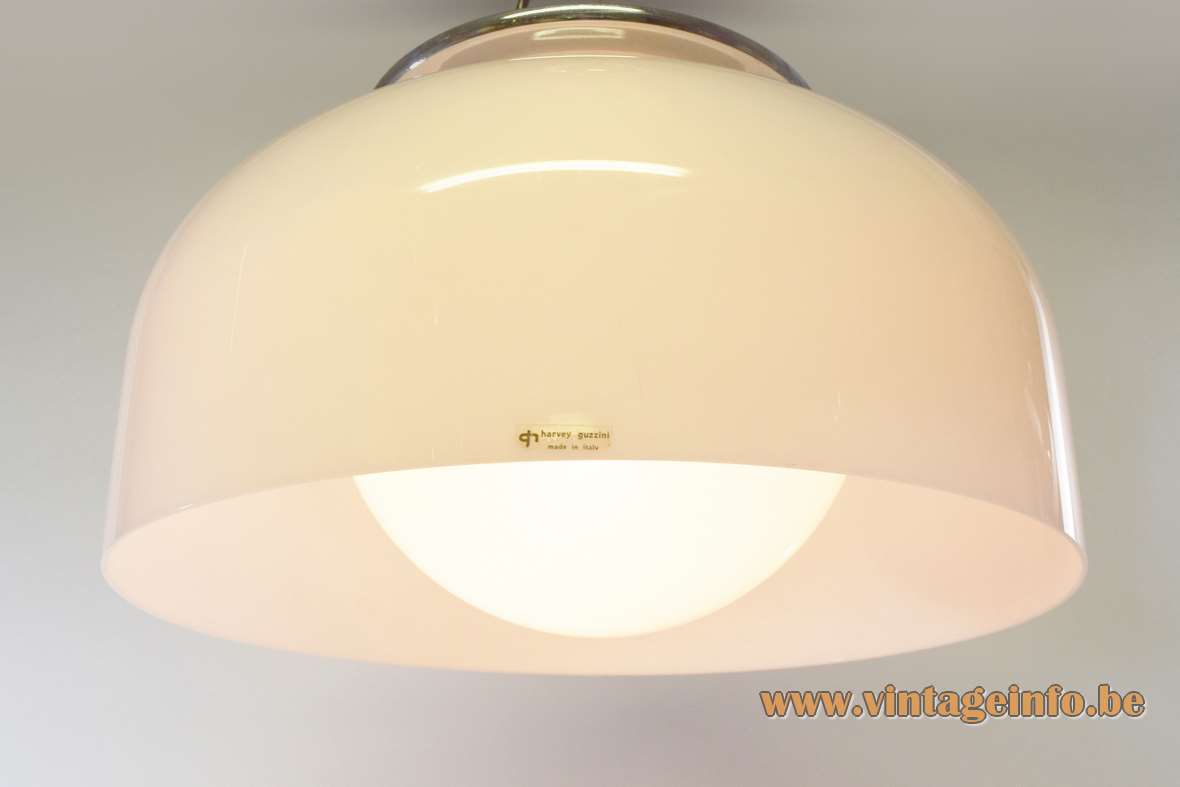 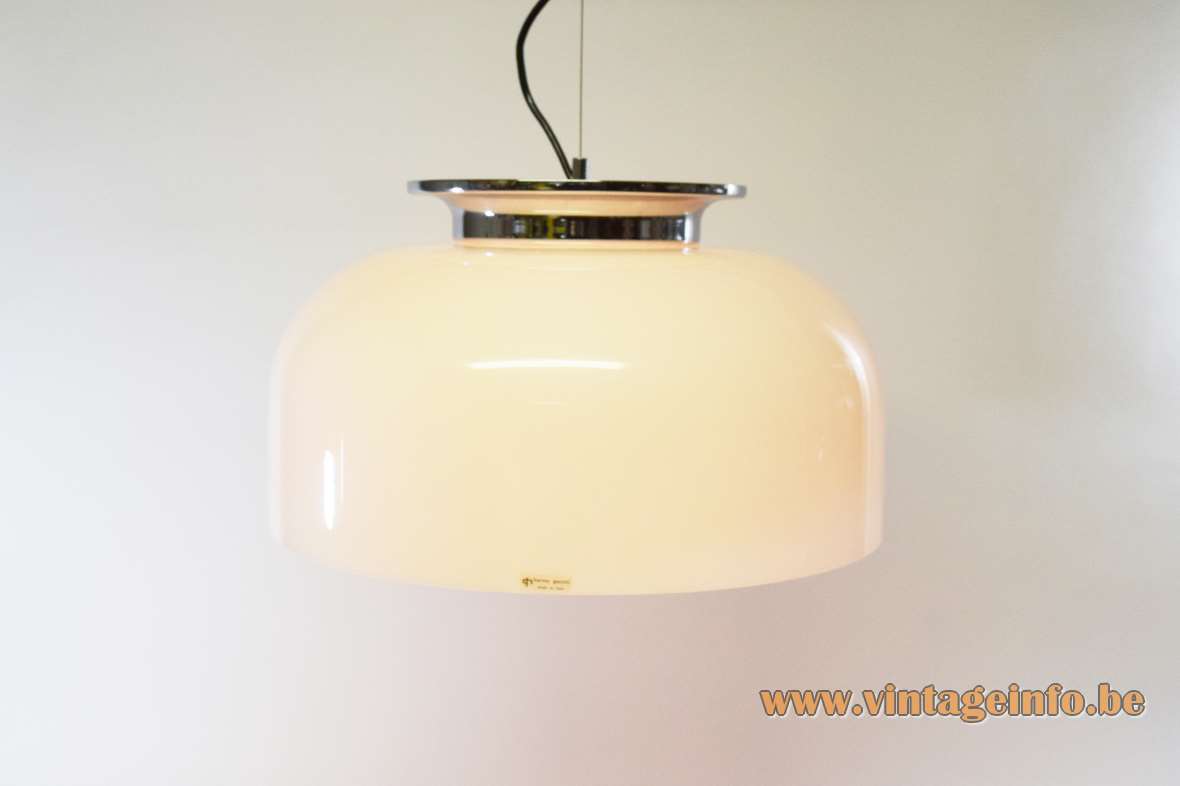 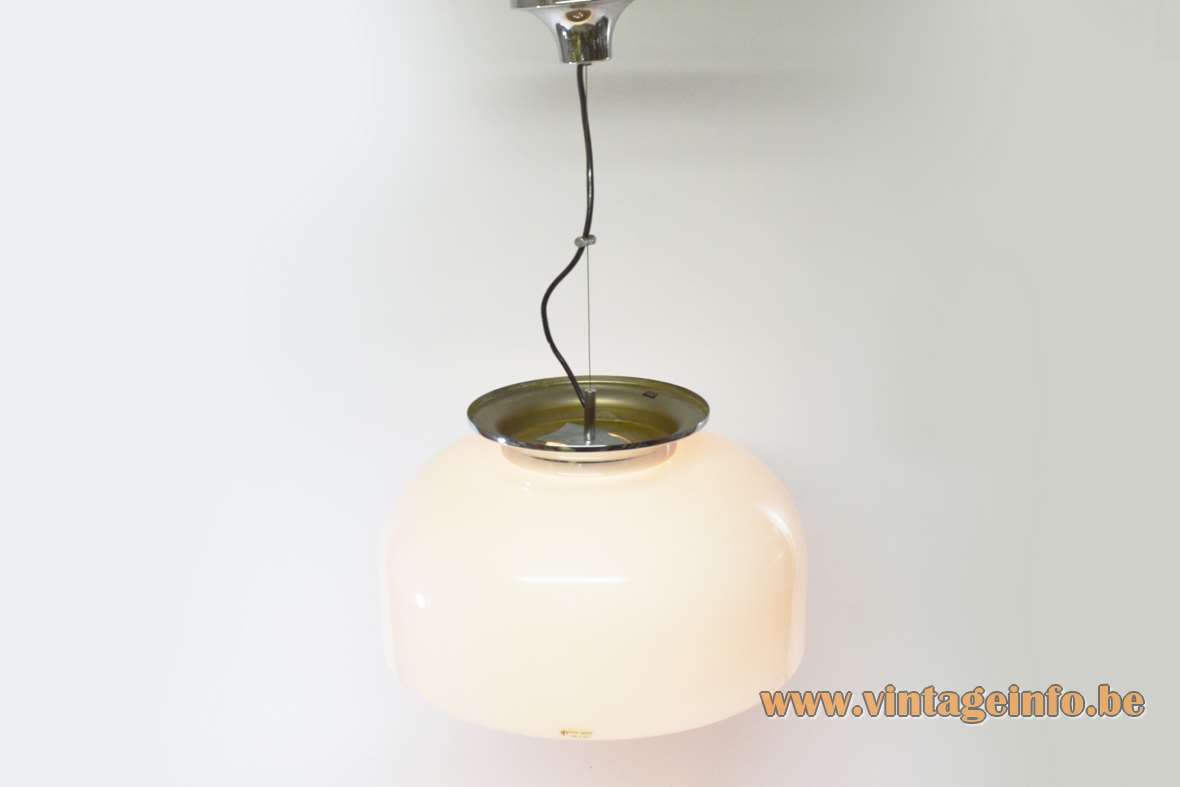 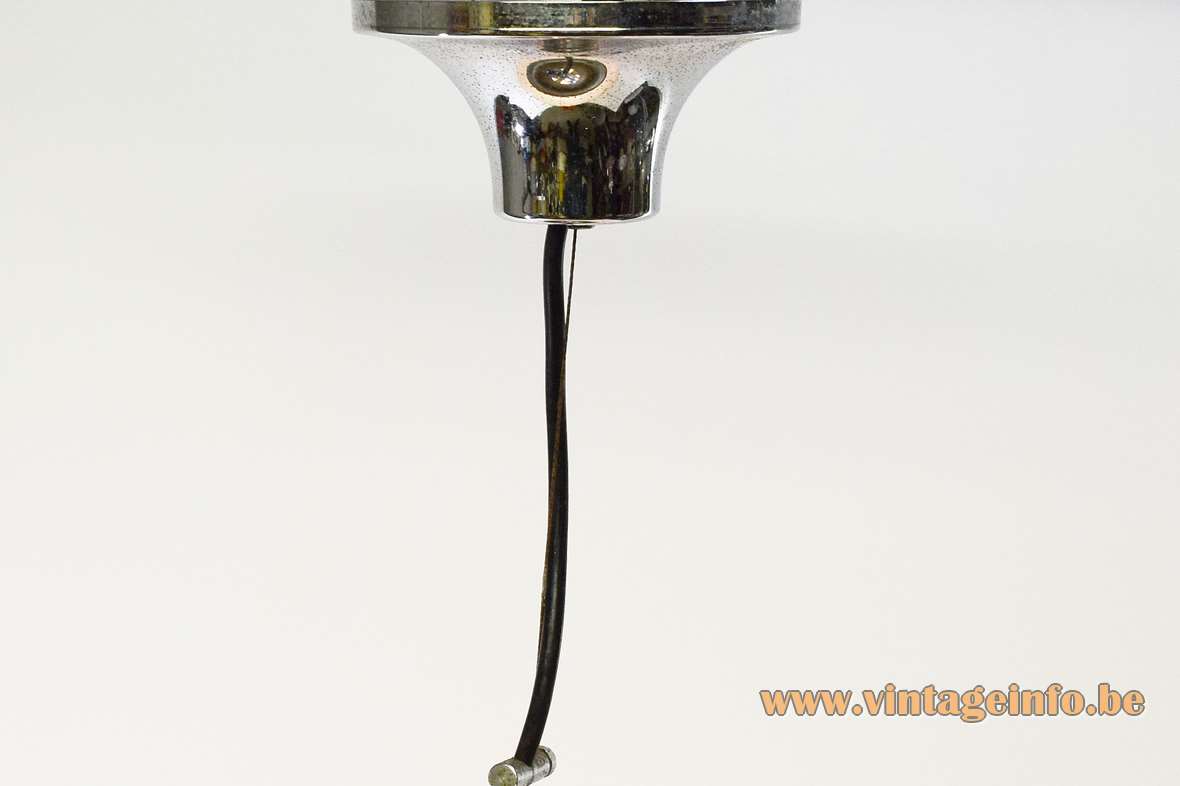 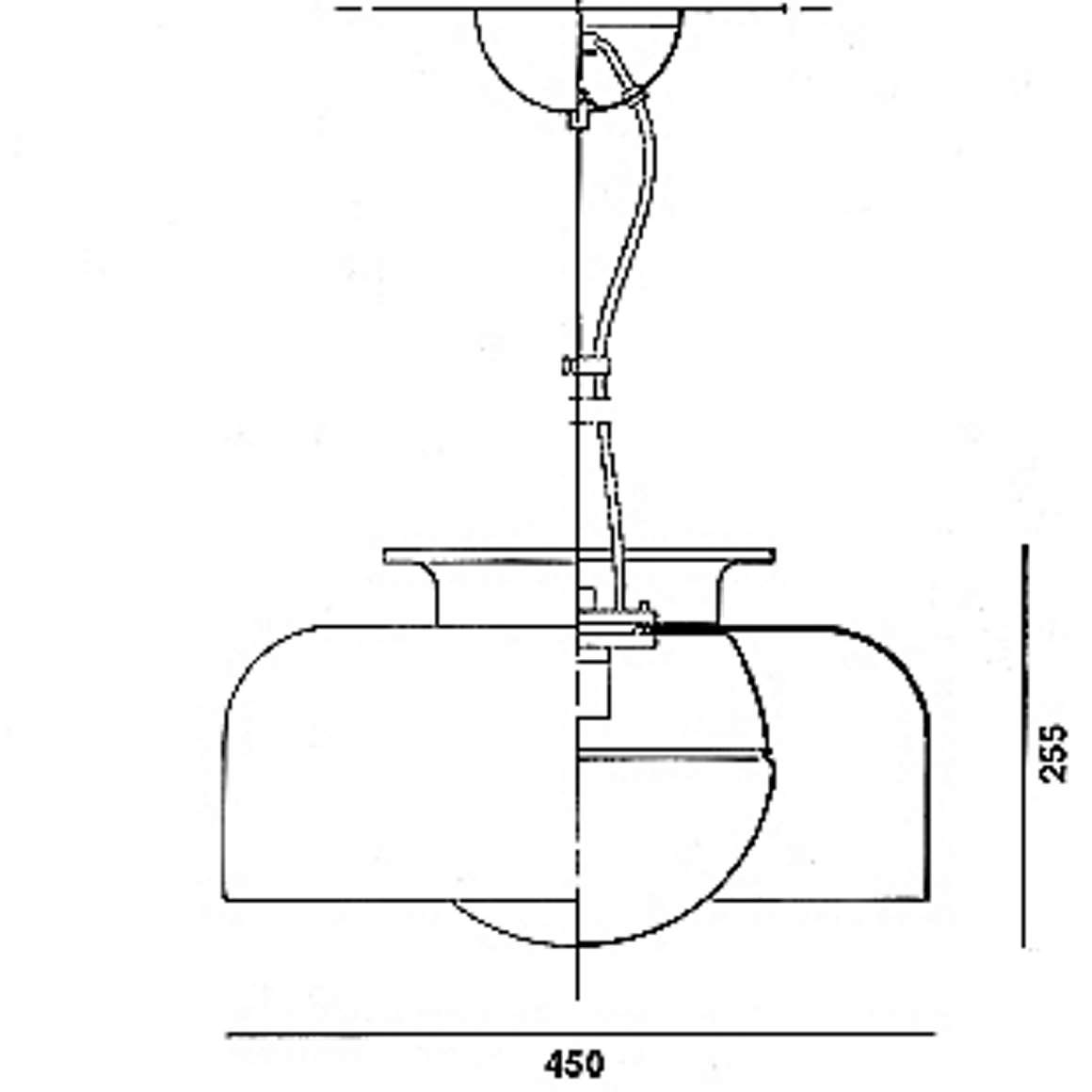 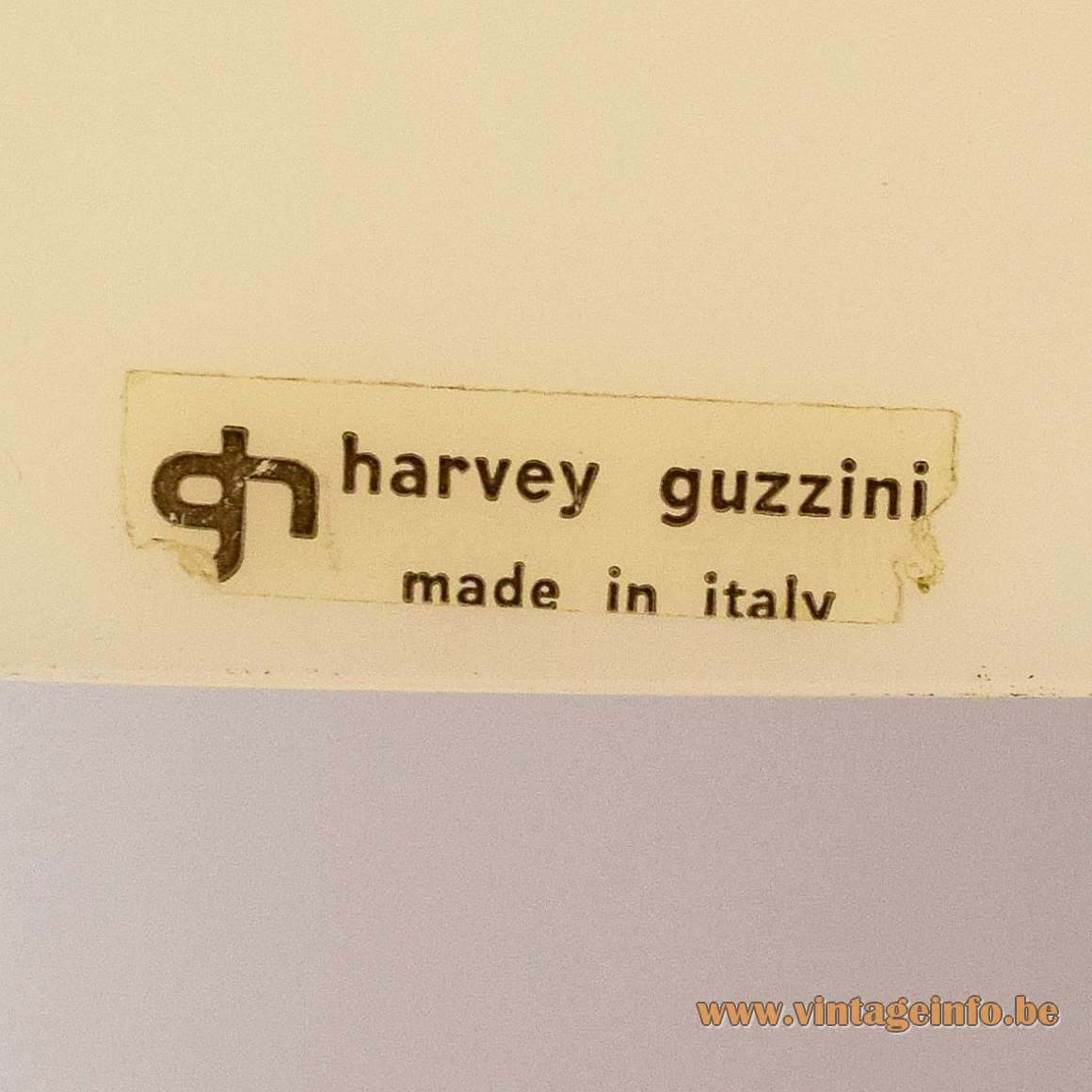 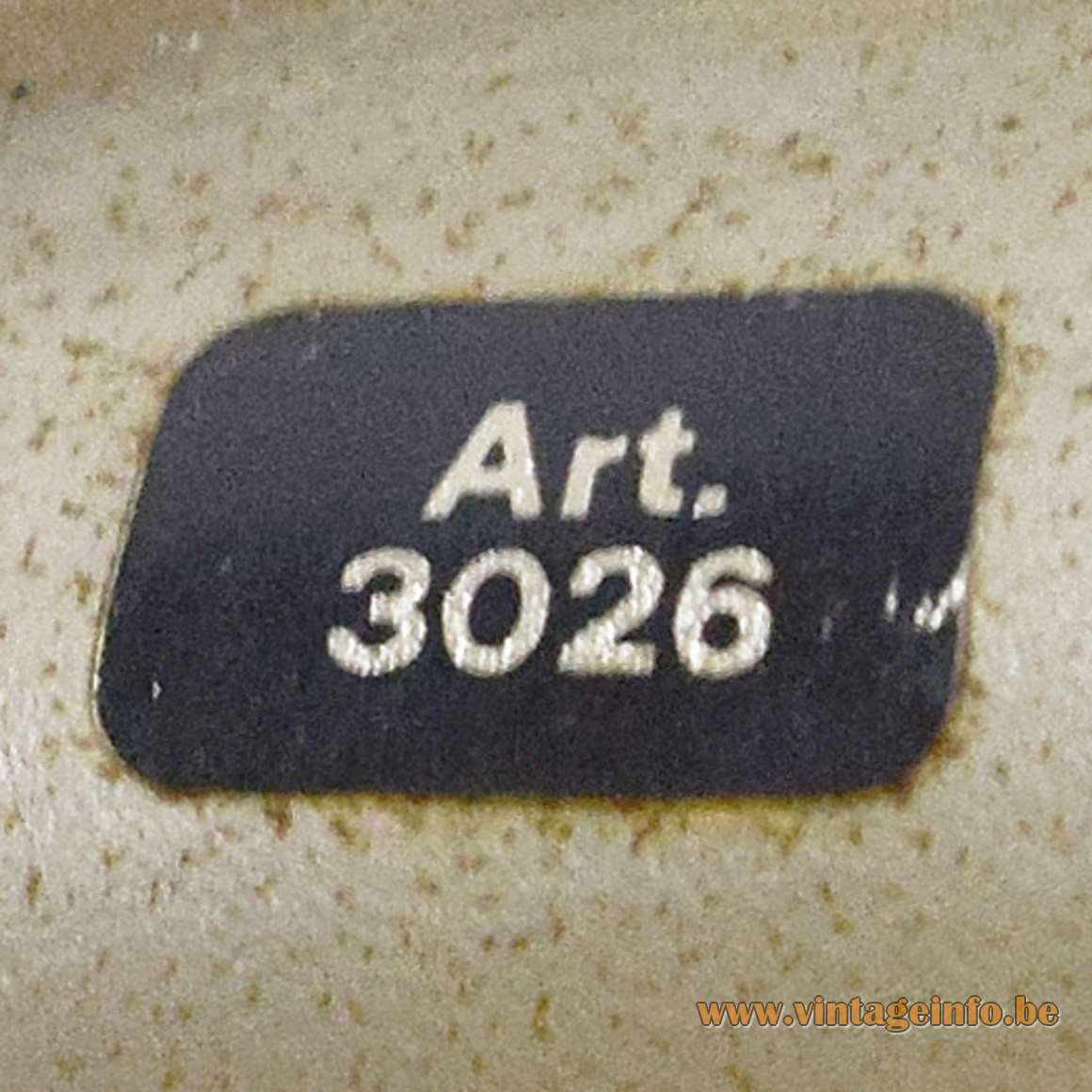 Other versions: The Harvey Guzzini Clear pendant lamp exists in 2 versions. The Clear pendant lamp in acrylic as described above, and the bigger Nube pendant lamp 58 x 30 cm (22.83 x 11.81”). The diffuser of the Nube is always made in white opal glass. Made in white, orange and probably some other colours. The Nube has a slightly different form as you can see in the diagram/scheme with the dimensions. Nube = cloud.

In 1962, Luigi Massoni meets the brothers Raimondo, Giovanni and Giuseppe Guzzini in Milan: it is the beginning of a fruitful collaboration.  He worked for Fratelli Guzzini and Harvey Guzzini, what later changed in iGuzzini, until 1976. Not only he was the art director but the coordinator of communication and advertising campaign, bringing, as pointed out by Adolfo Guzzini “a purification of the form” and “rationality as a new social status “. He also designed the logo of Harvey Guzzini as you can see below.
Luigi Massoni designed some of the most beautiful lights for Harvey Guzzini, such as the Brumbry, the Moana, the Toledo, the Alvise and these two lamps the Clear and Nube.

iGuzzini illuminazione was established in June 1958 by Raimondo Guzzini (born 1928) under the name Harvey. The name Harvey is derived from the famous movie ‘Harvey’ with James Stuart and the invisible rabbit Harvey from 1950.
The initial production of enamelled copper objects was supplemented by decorative luminaires.
In the early sixties it became a family business when his 5 brothers joined the company. In 1962 Luigi Massoni was attracted to lead the design team. He worked for Fratelli Guzzini and Harvey Guzzini until 1976. Luigi Massoni designed many iconic lamps in that period.
The company still exists and changed the name in 1974 into iGuzzini and in 1981 to iGuzzini illuminazione.