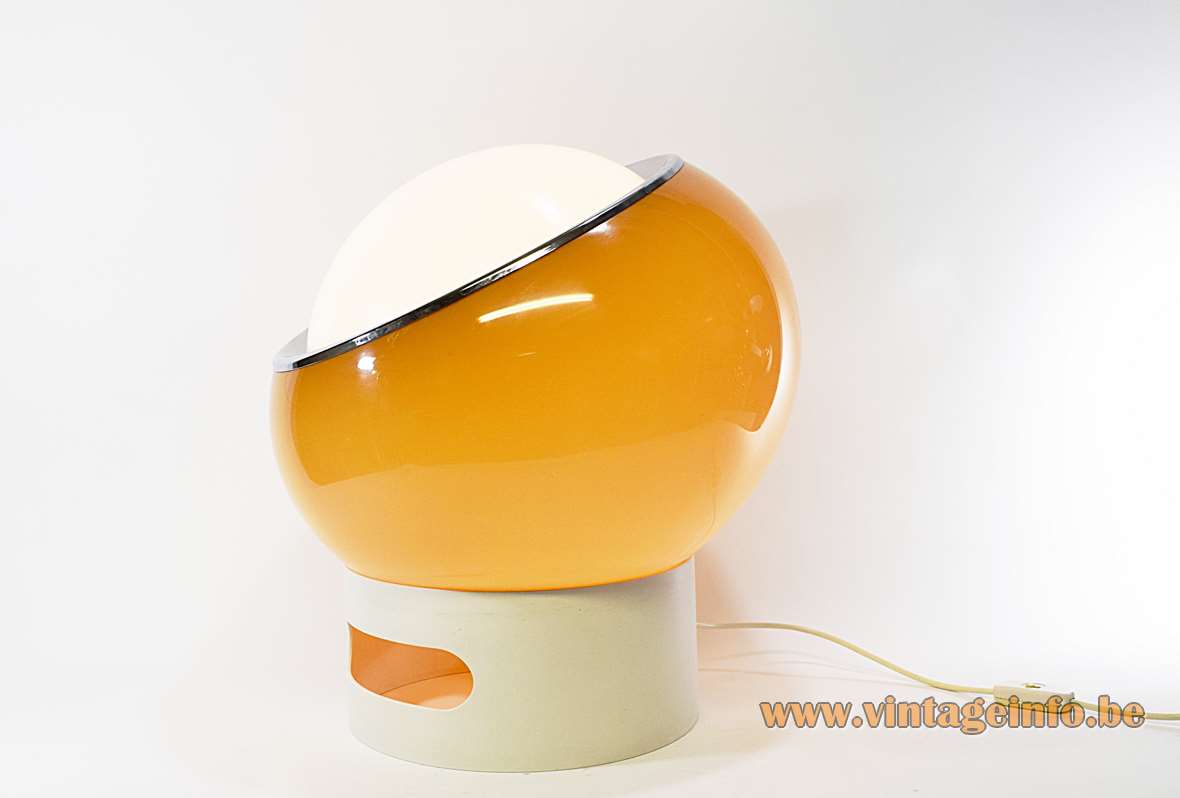 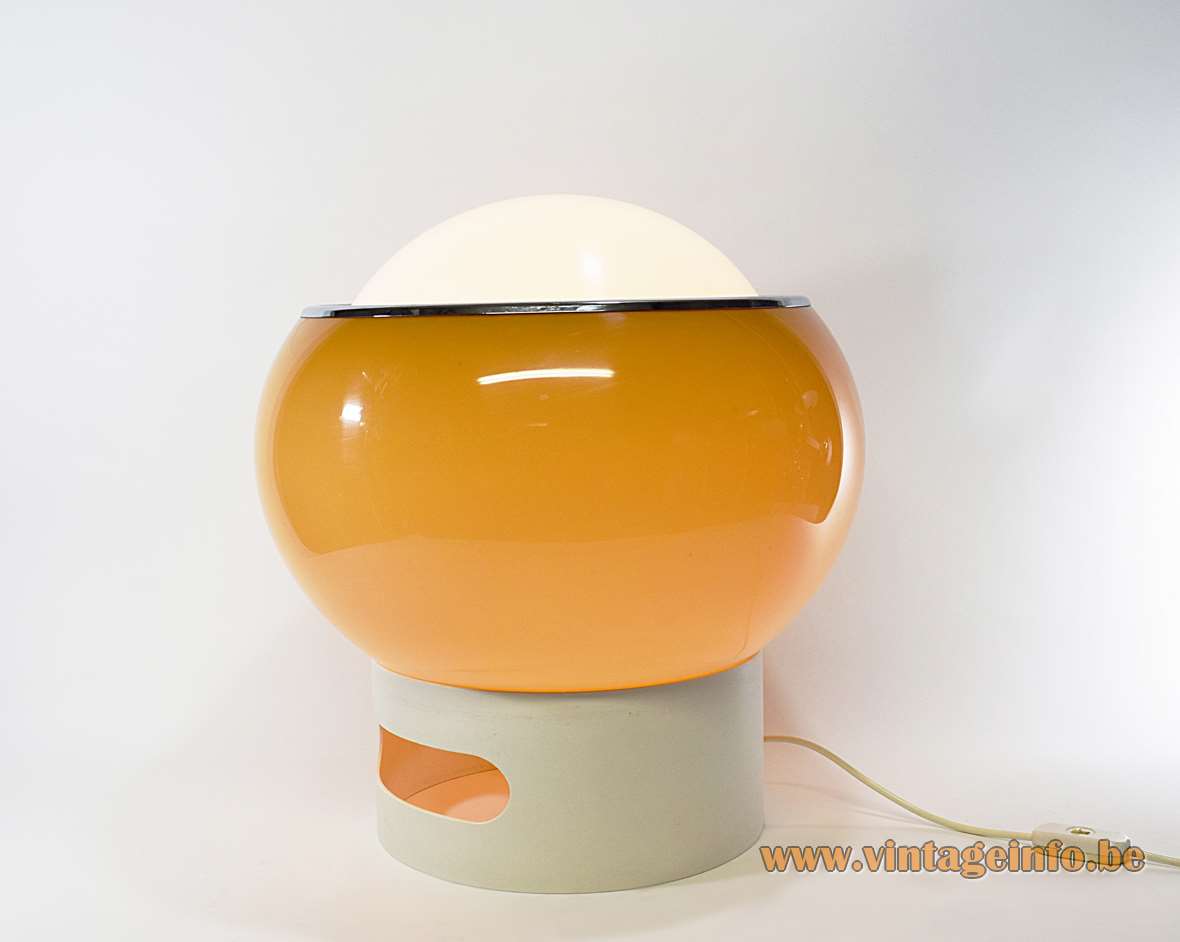 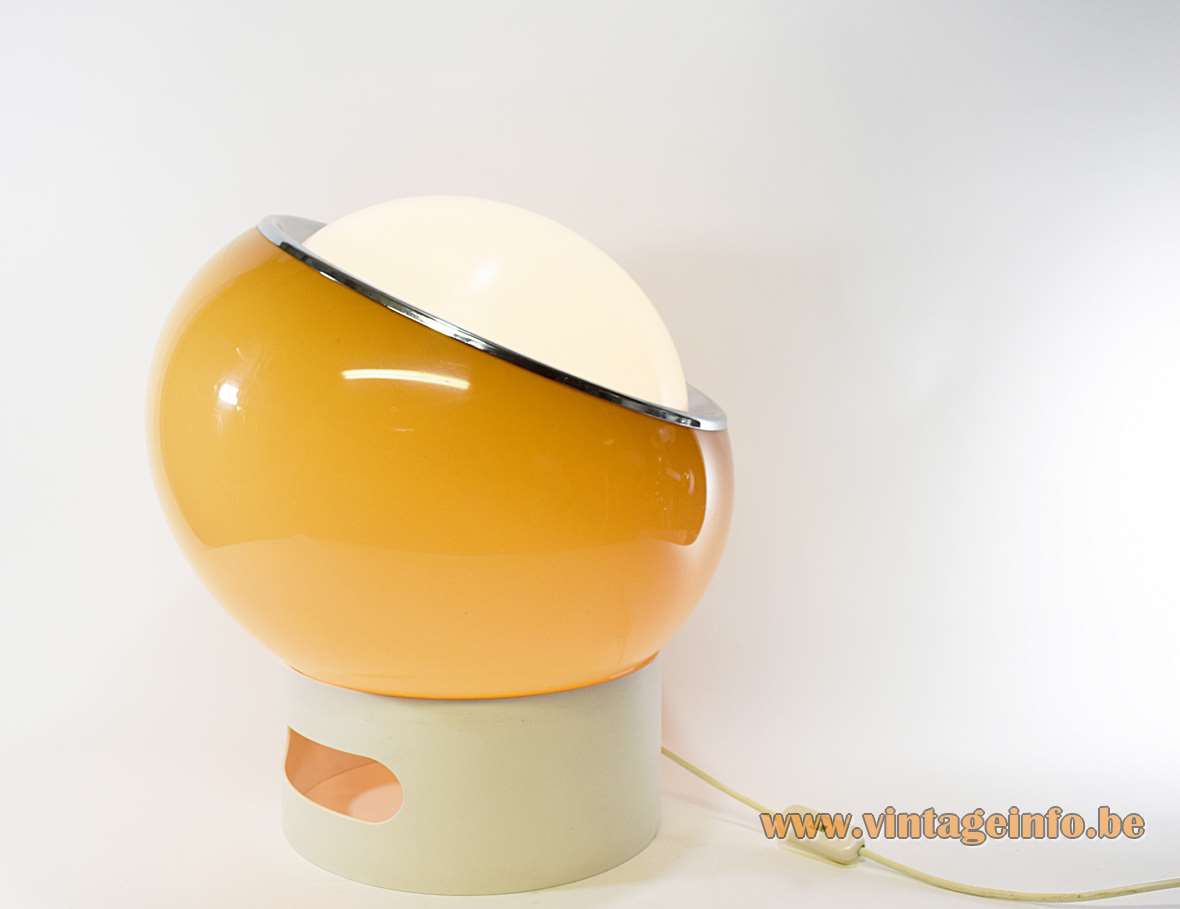 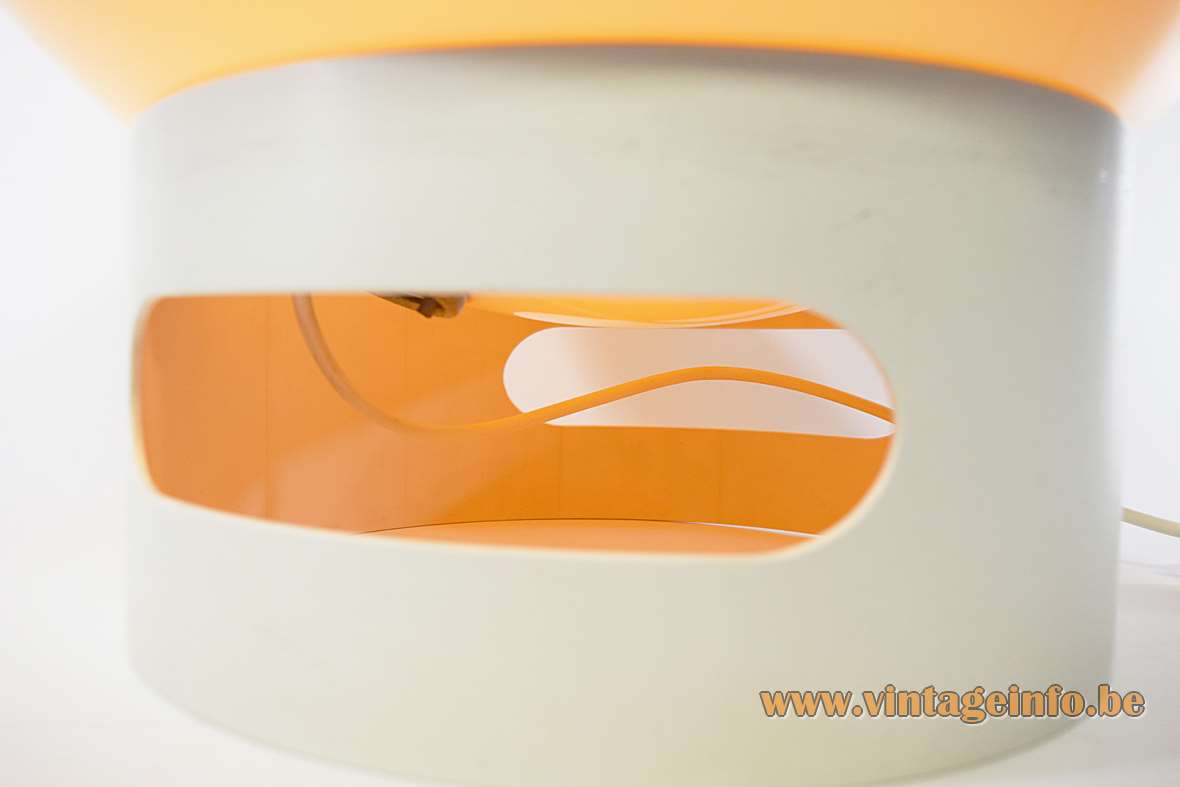 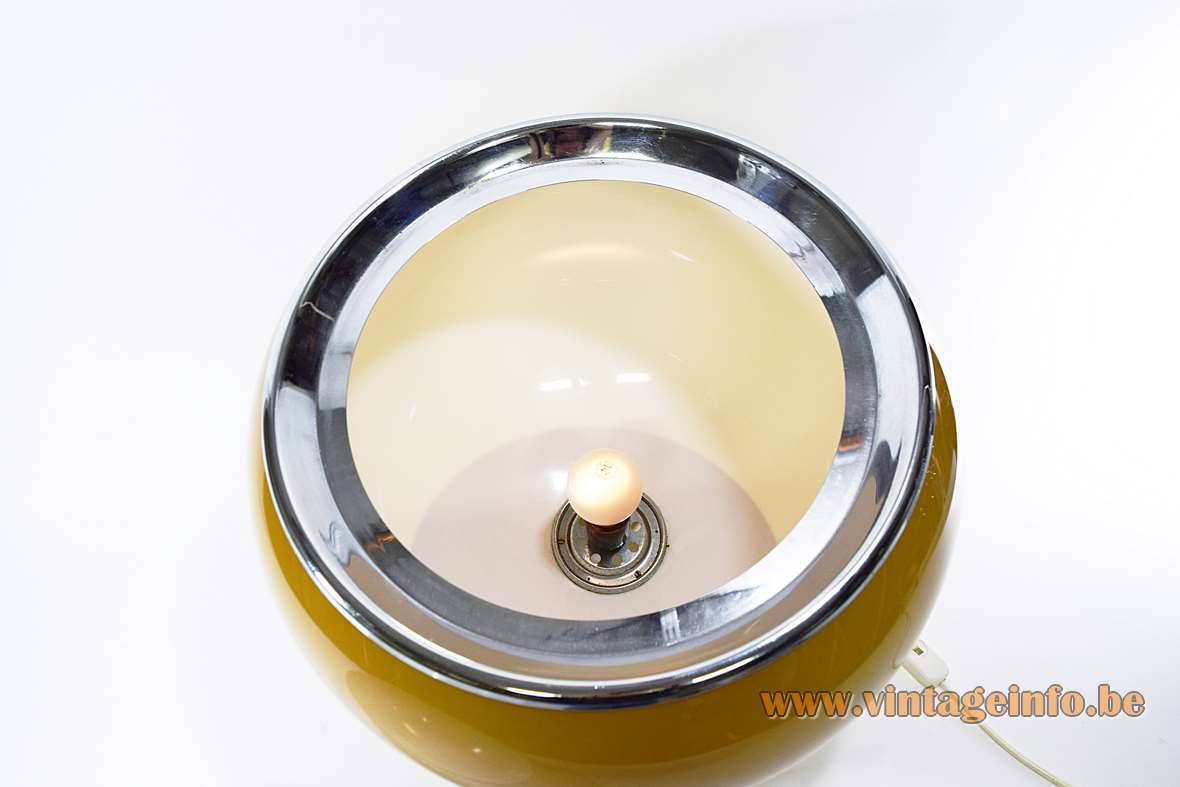 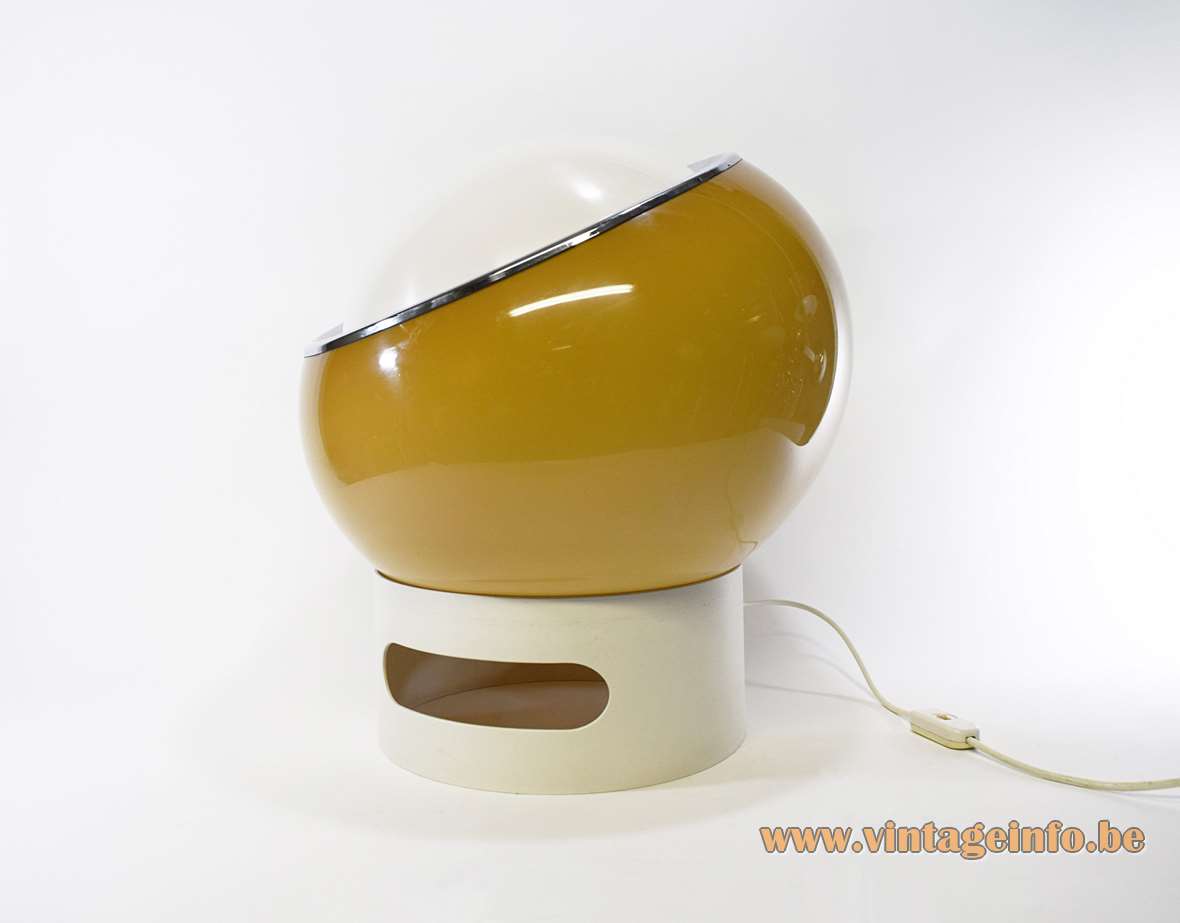 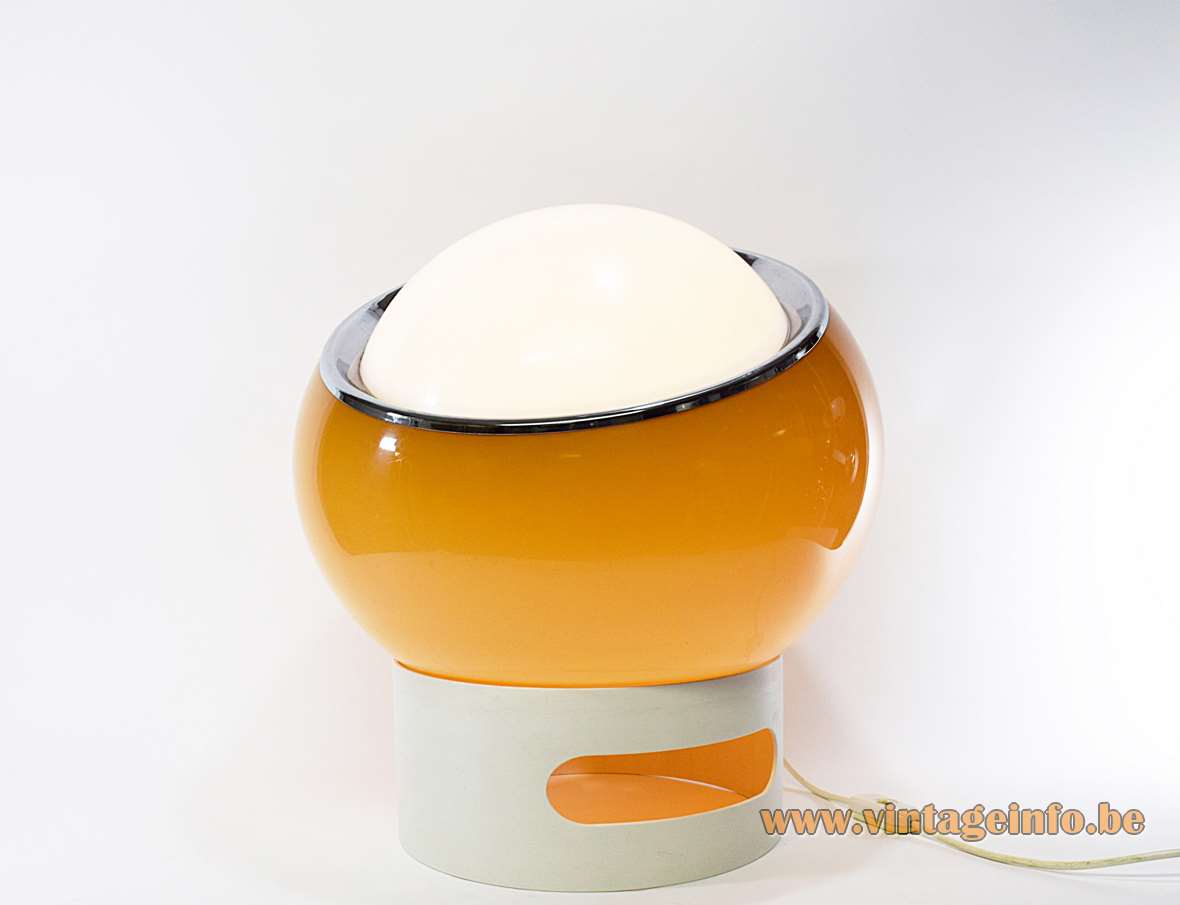 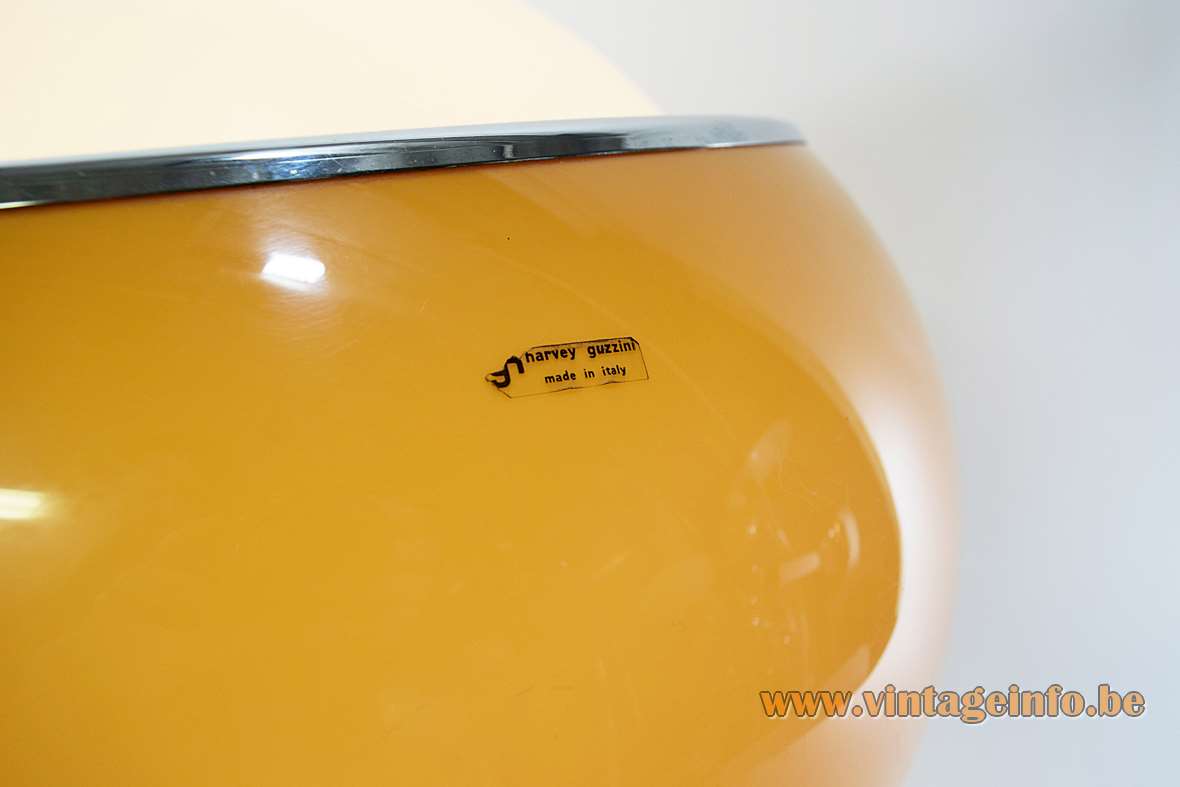 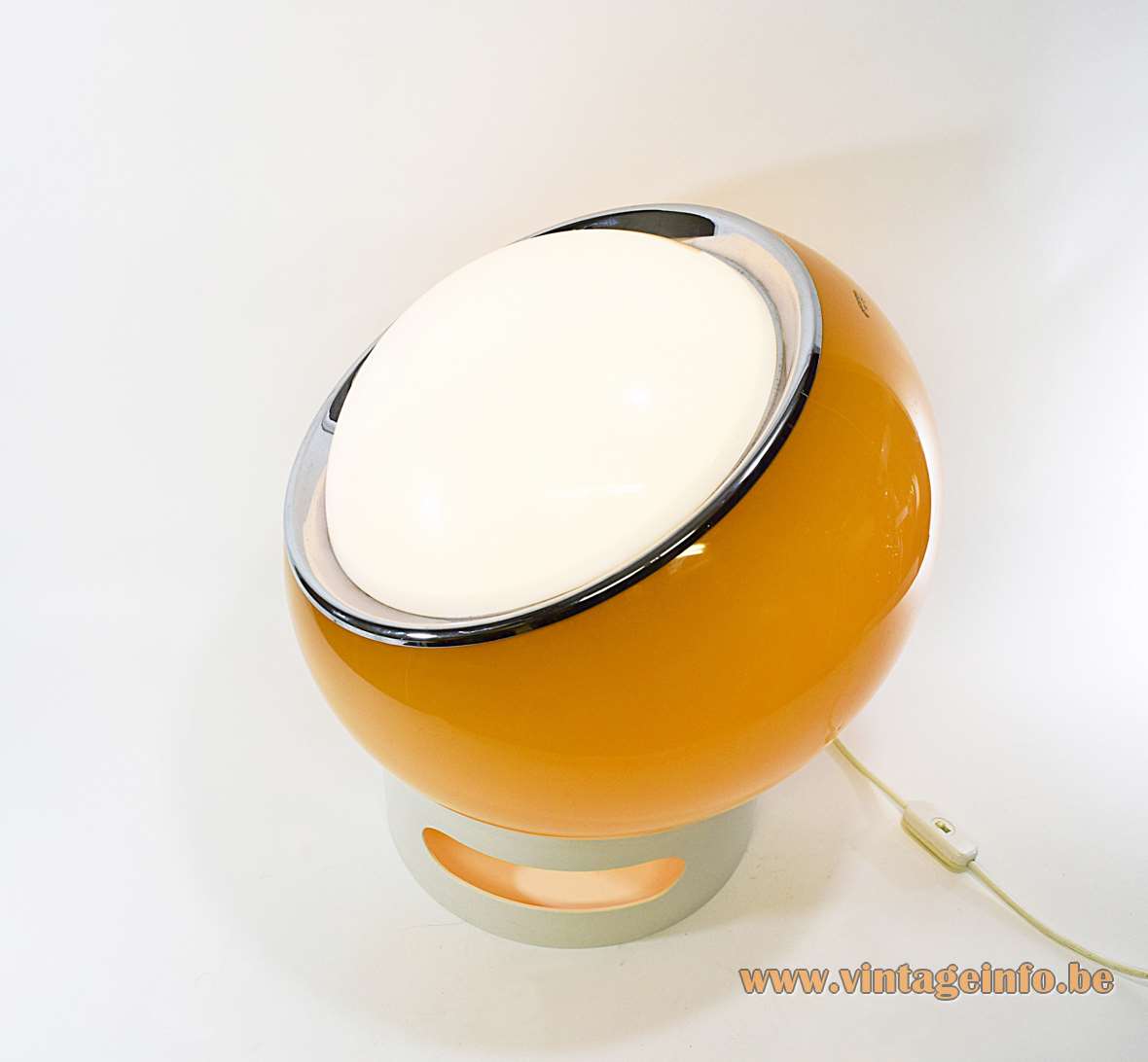 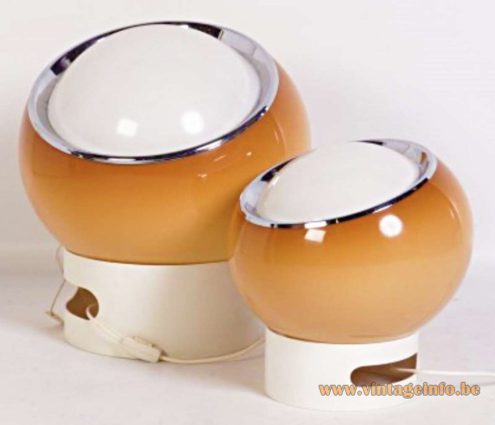 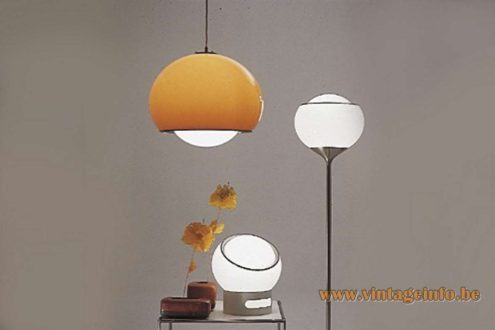 These lamps were also sold as MEBLO Clan (from 1977 to 1979) two years after the end of the production. 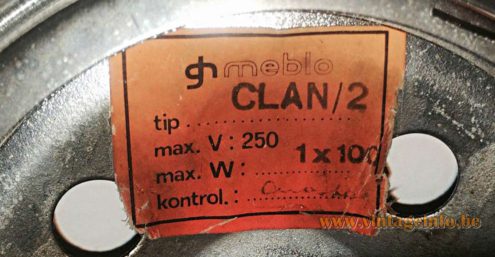 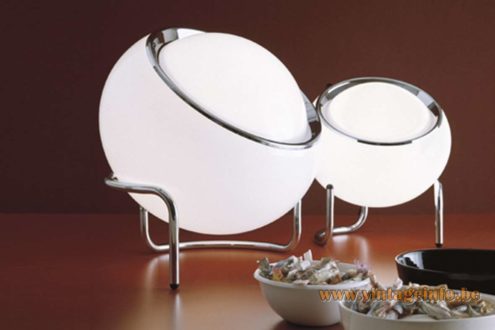 A small Clan, the table lamp version, appears in the Belgian TV-series “Huizenjagers” (House hunters). This series is broadcast on Vier (4) since 2017.  Other lamps in this picture: the Panthella floor lamp of Verner Panton and the Kartell KD 29 table lamp, designed by Joe Colombo. Every season several lamps appear in this series. You can find them here.

Other versions: The Harvey Guzzini Clan floor lamp also exists as a pendant lamp (Bud), a flush mount, a tall standing floor lamp (Flash) and a table lamp (small Clan only produced from 1968 to 1972).

From 1976 until 1977 the base was made as a chromed iron tube, before it was PVC.  Colours: white, gradient brown, opaque, green, red and orange. During the years some other colours were also produced.

iGuzzini illuminazione was established in June 1958 by Raimondo Guzzini (born 1928) under the name Harvey (Harvey Creazioni). Harvey is derived from the famous movie ‘Harvey’ with James Stuart and the invisible rabbit Harvey from 1950.
The initial production of enamelled copper objects was supplemented by decorative luminaires. 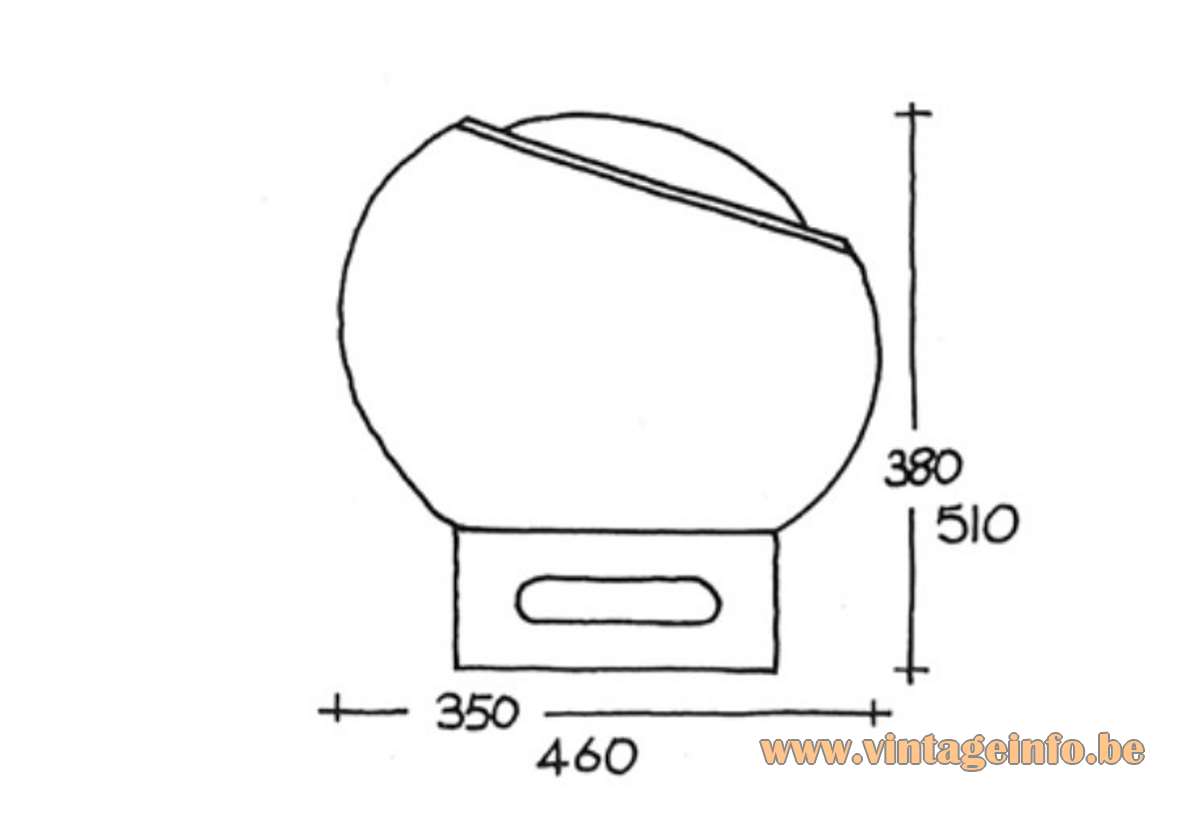 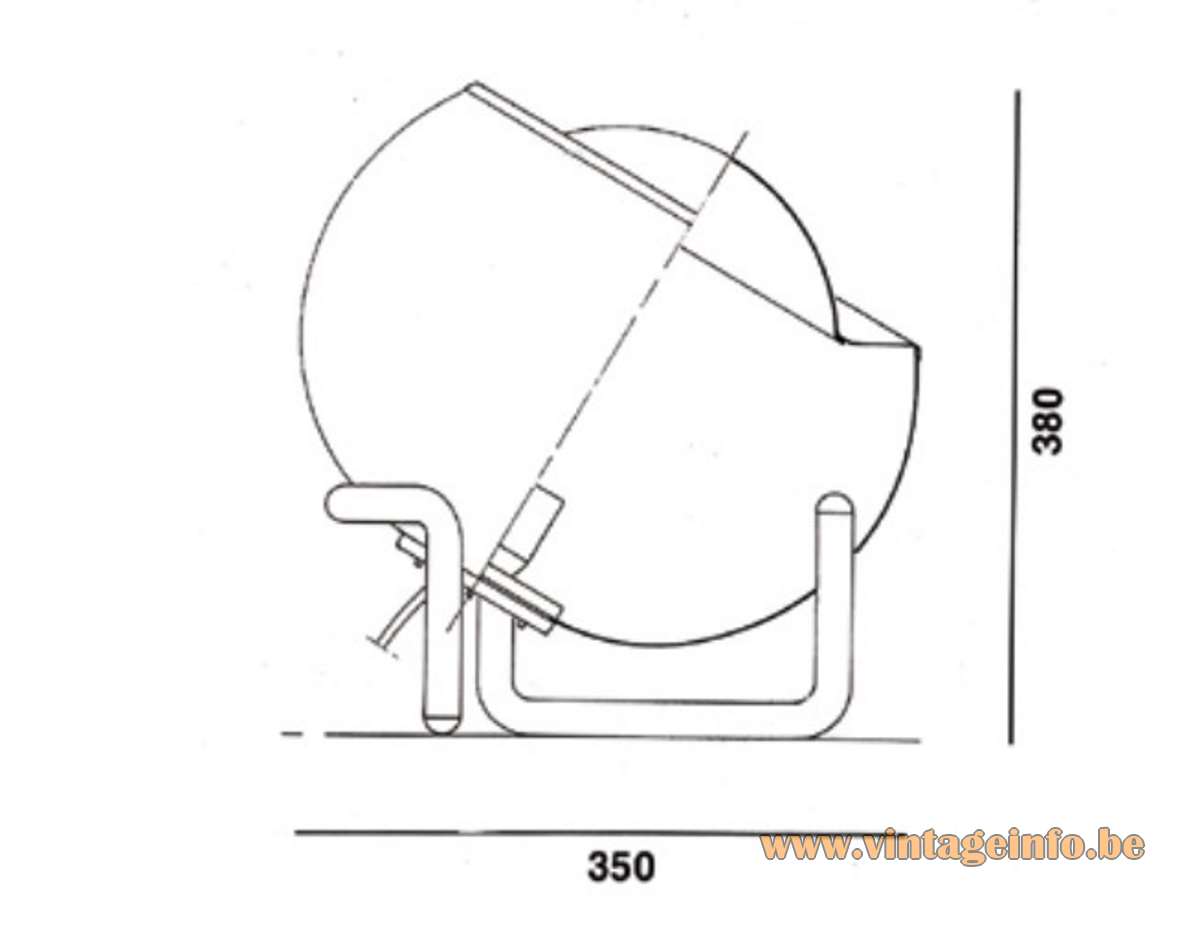 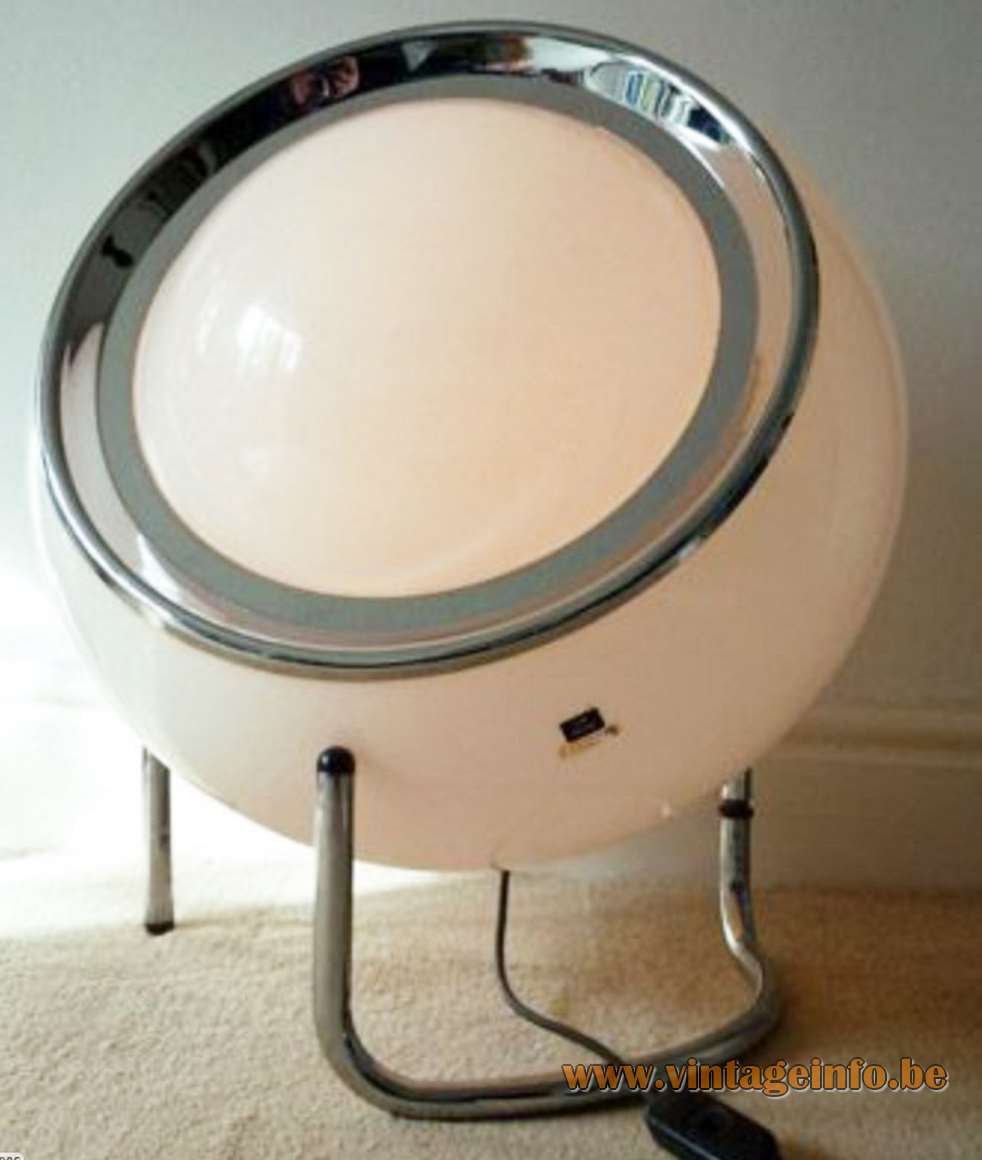 A white iGuzzini Clan appears in the 1980 Canadian film The Agency (Mind games). A dramatic thriller with Lee Majors and Robert Mitchum. You can see the film here below.

Episode with the house below in Huizenjagers