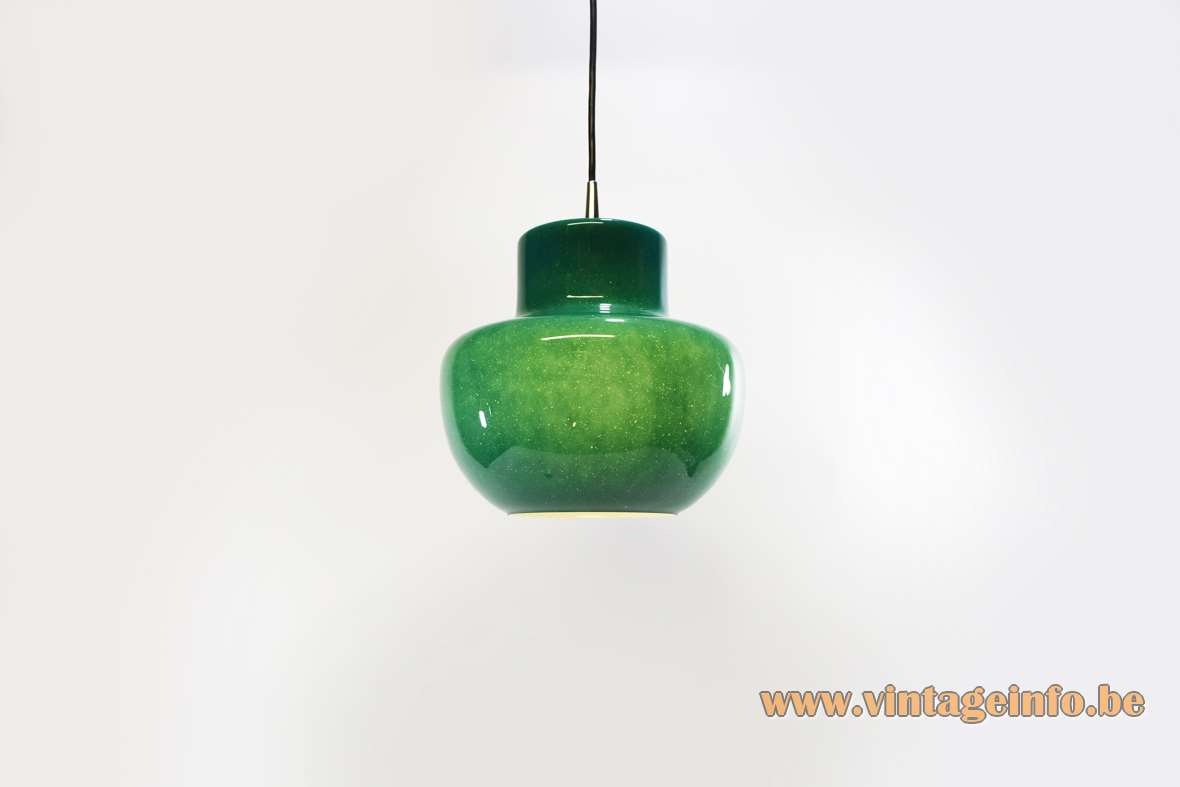 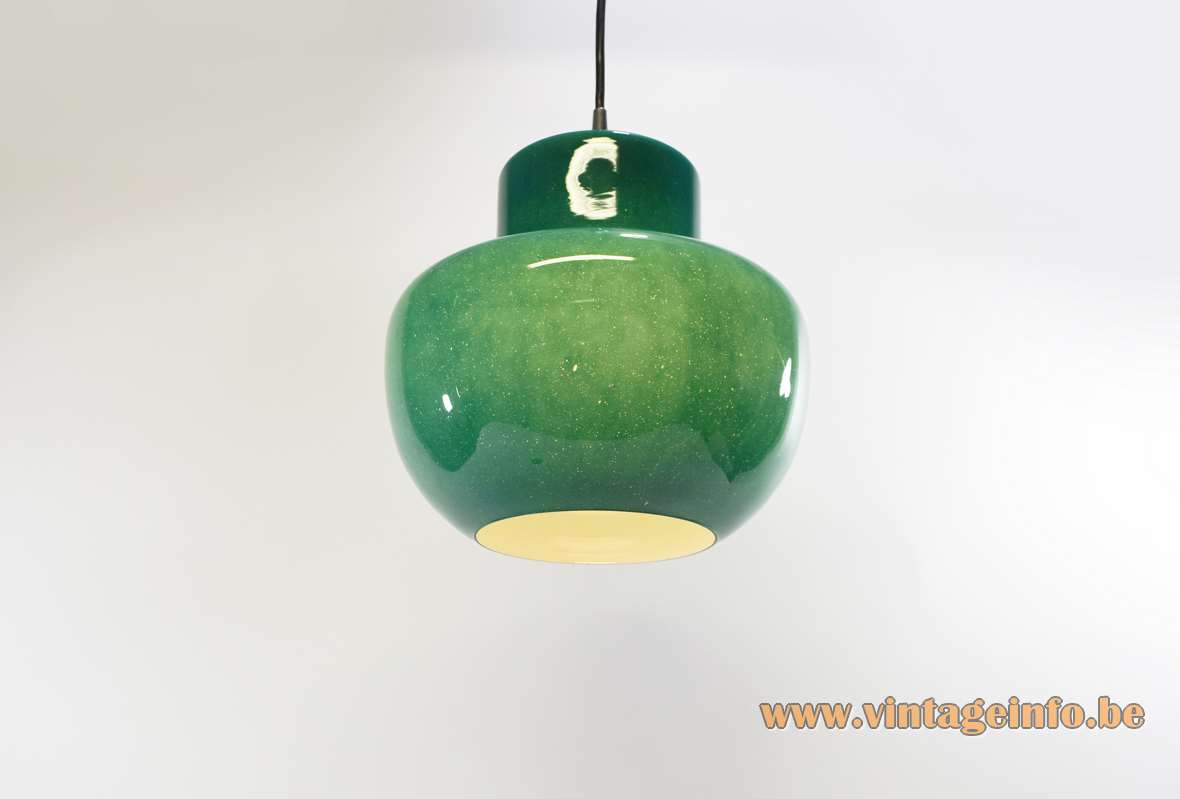 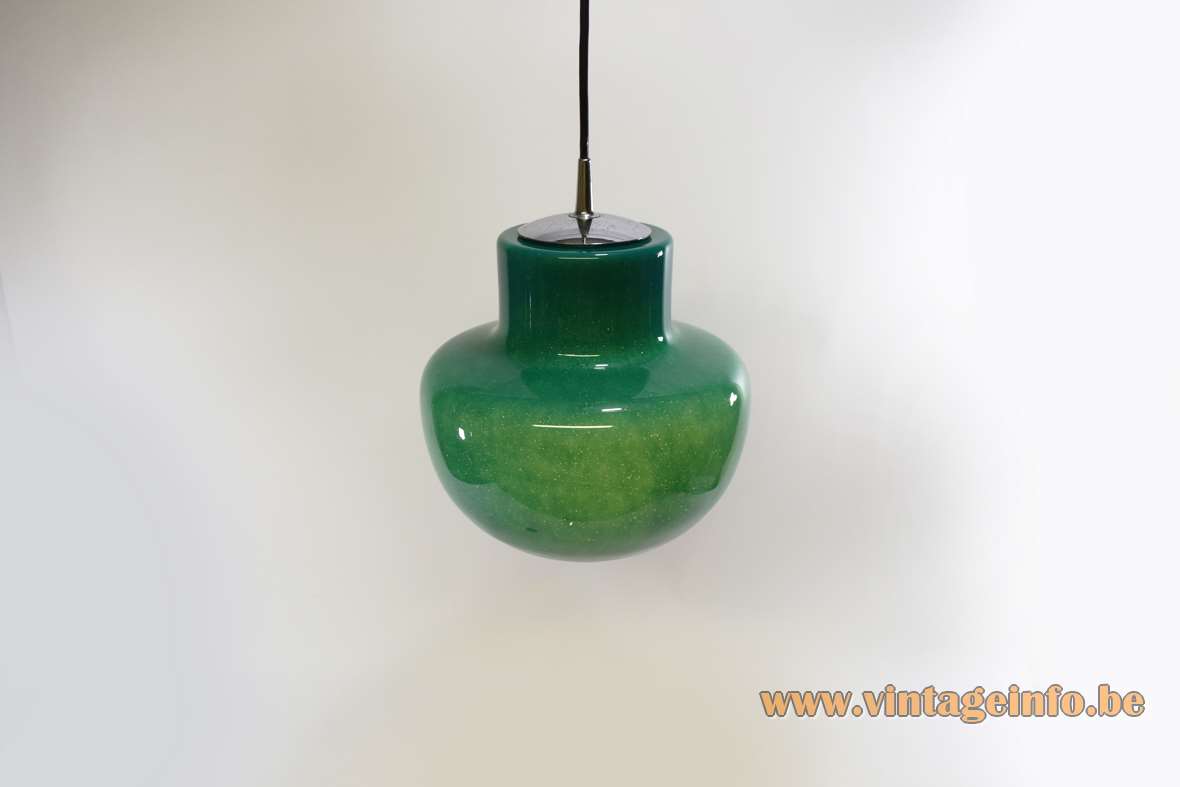 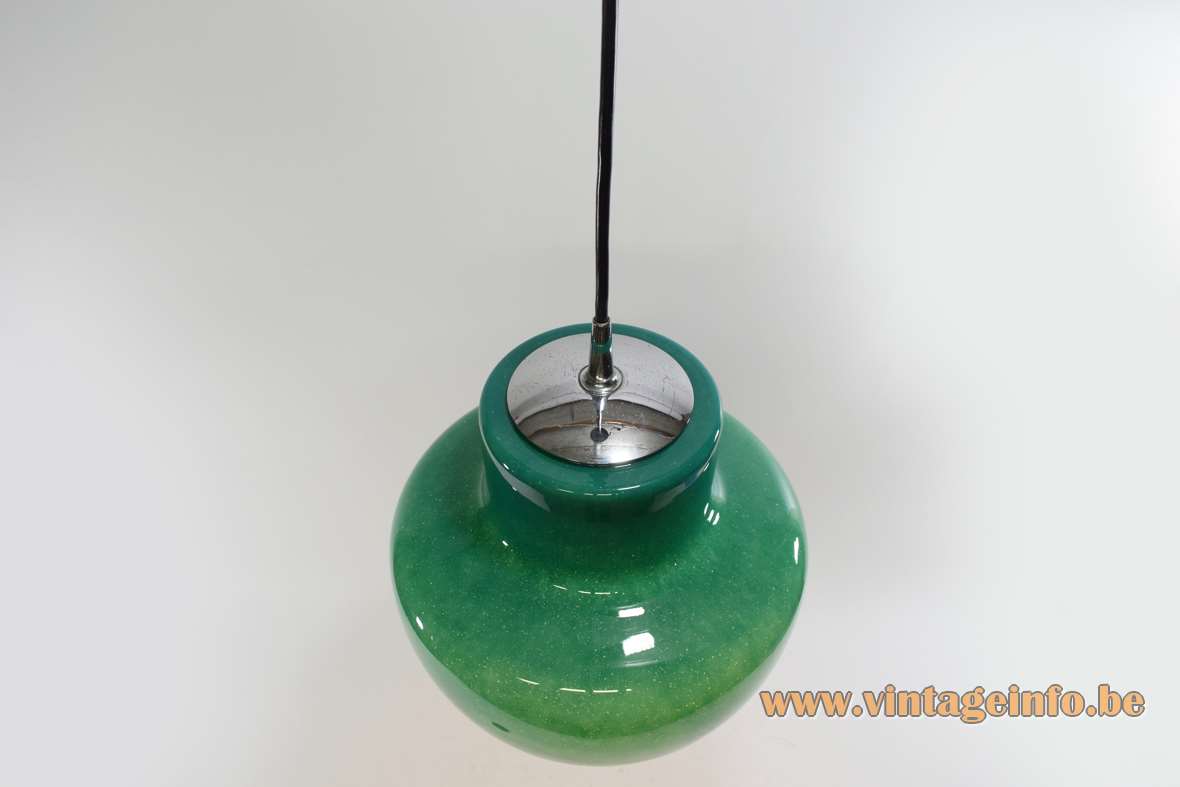 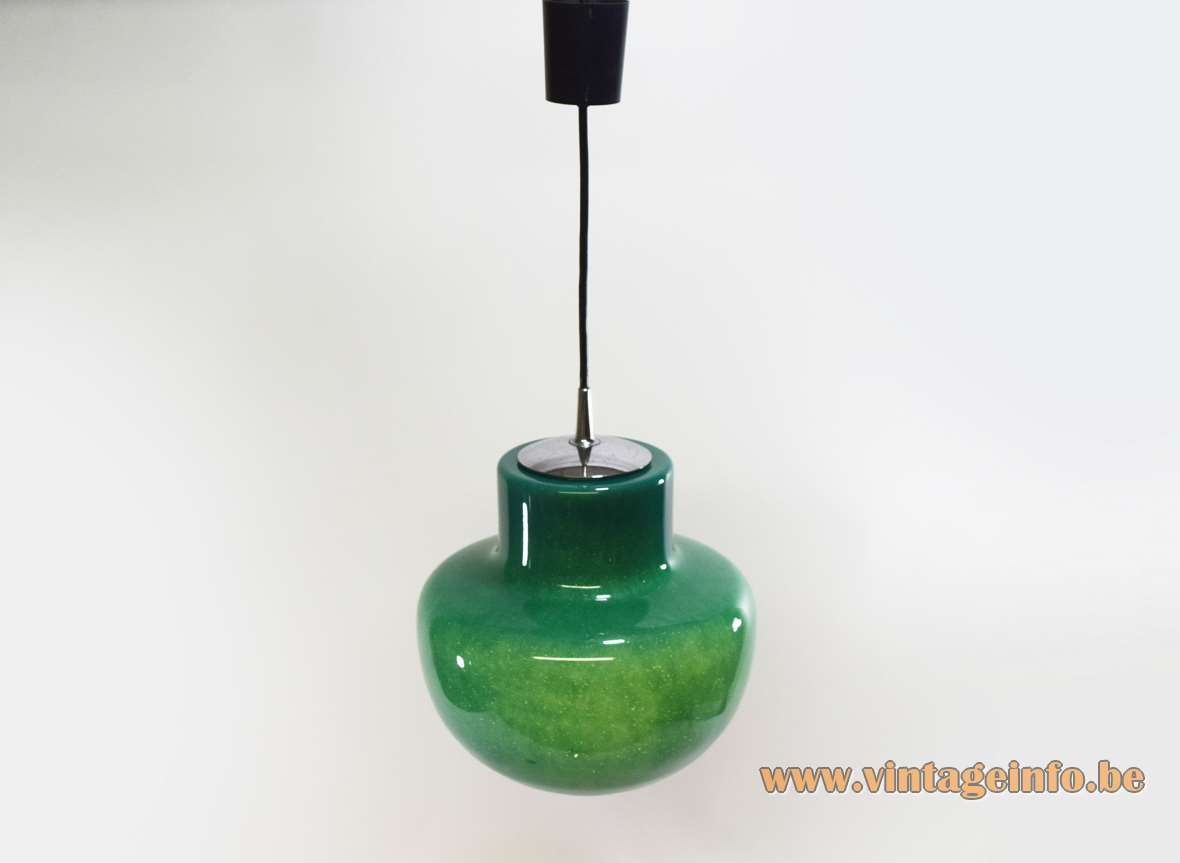 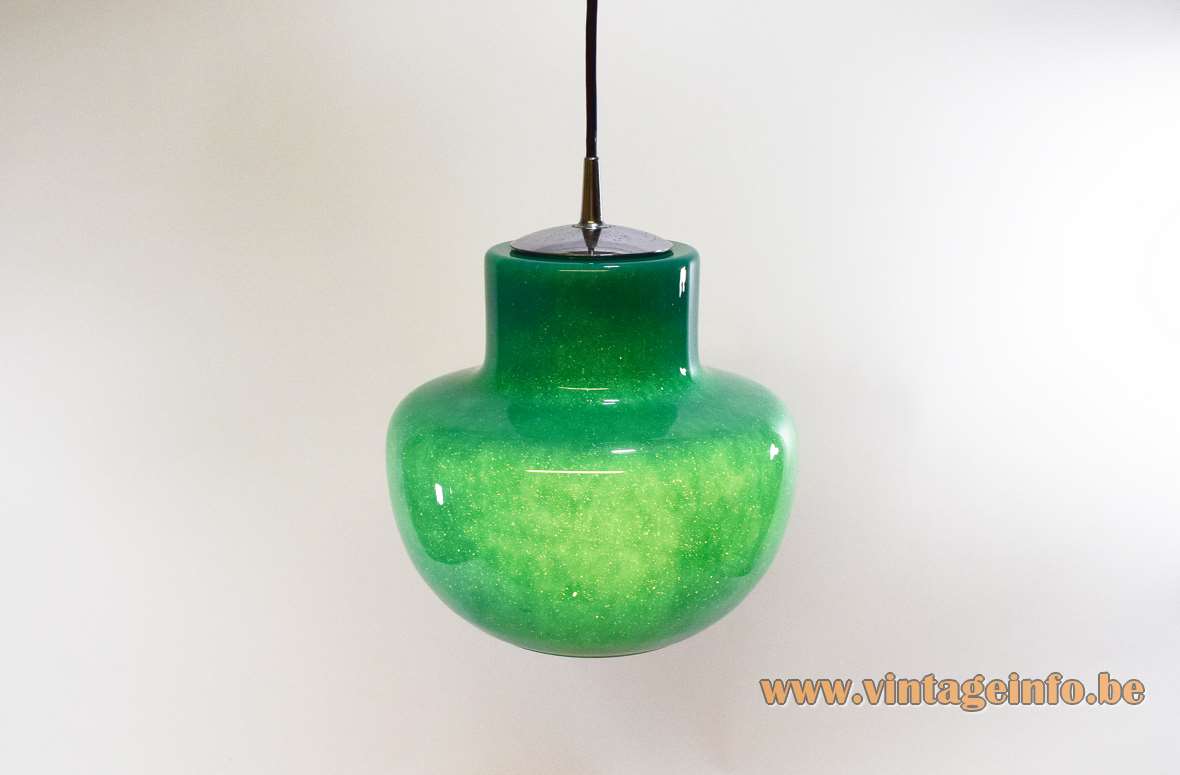 No label present on this one, but it has the correct electric and metal parts. The chrome lid on top is used for many other lamps made by Peill + Putzler in the 60’s and 70’s. For instance, the Futura pendant lamp has the same parts.