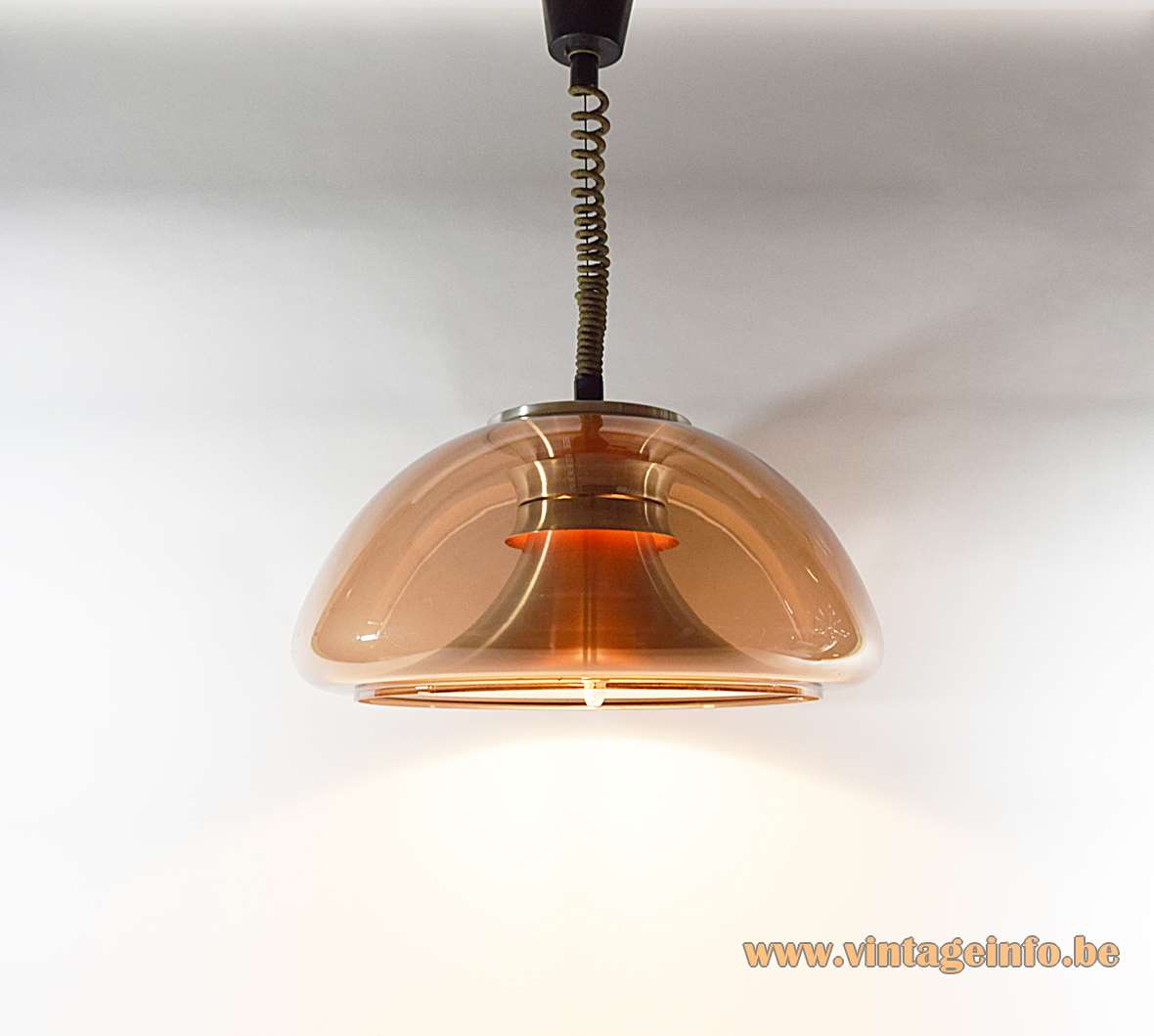 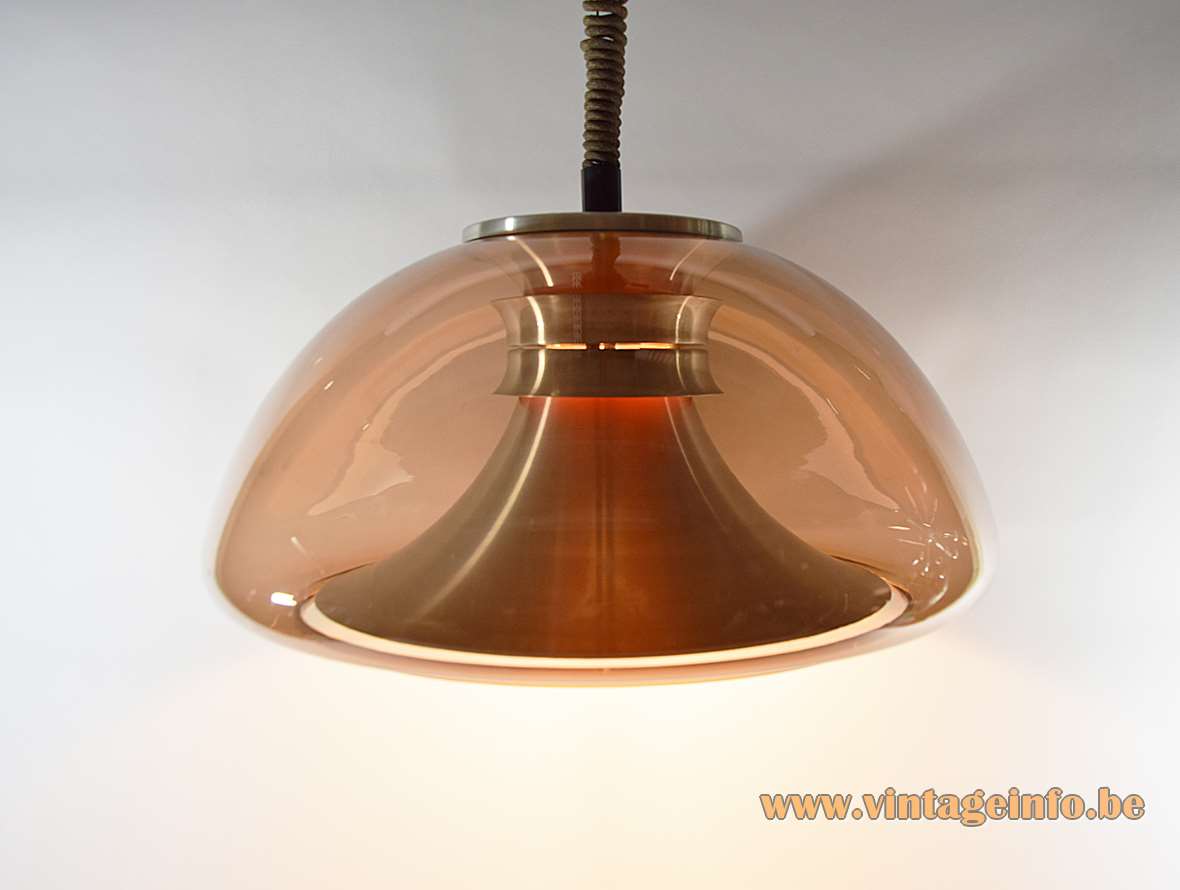 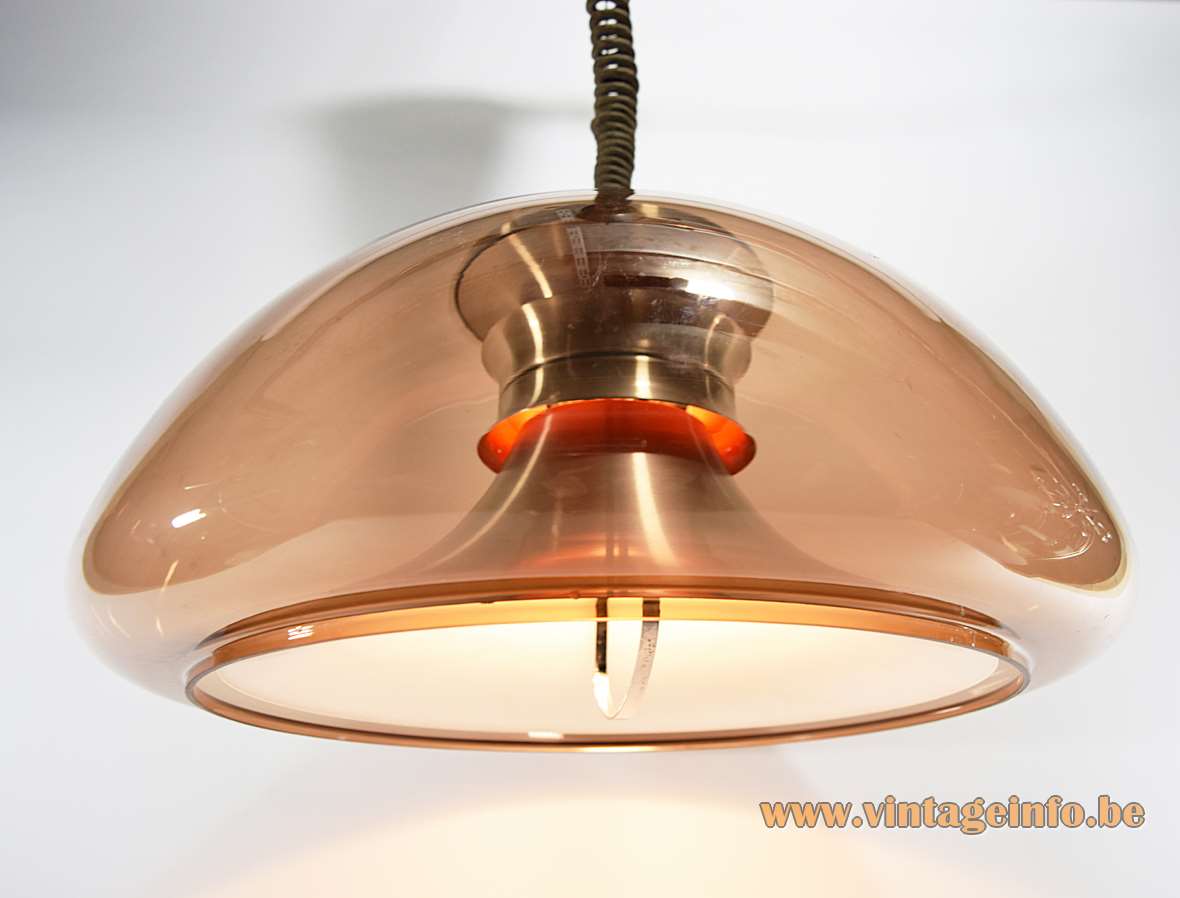 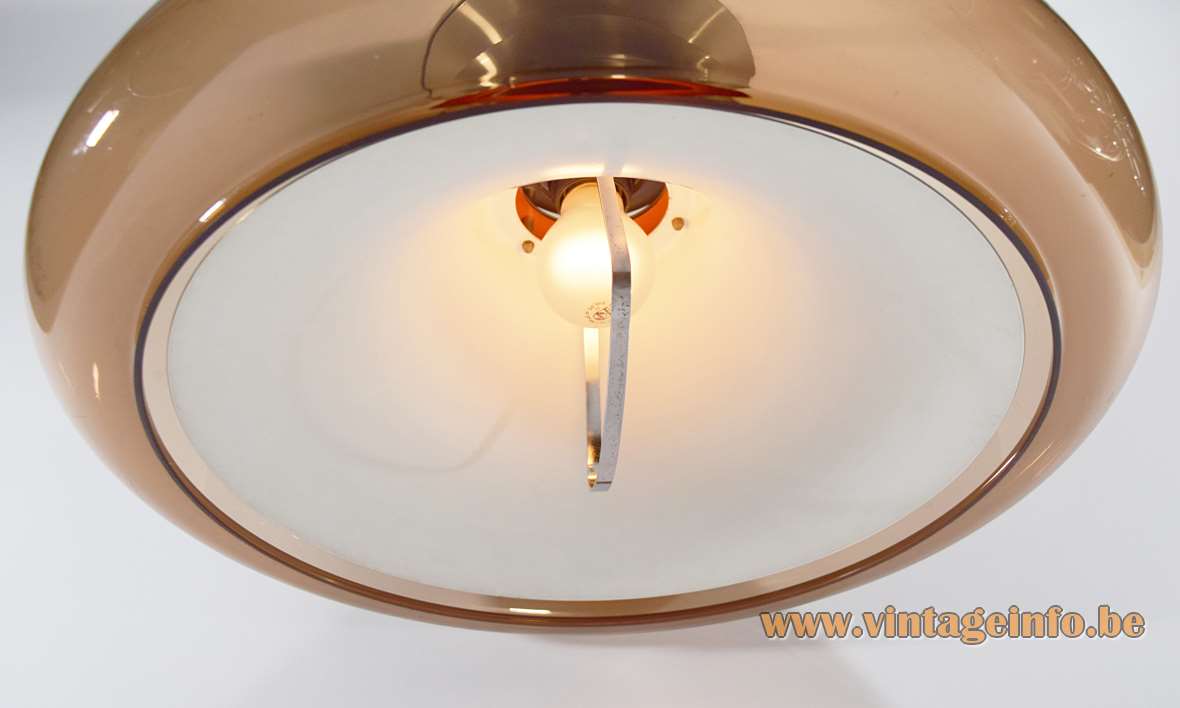 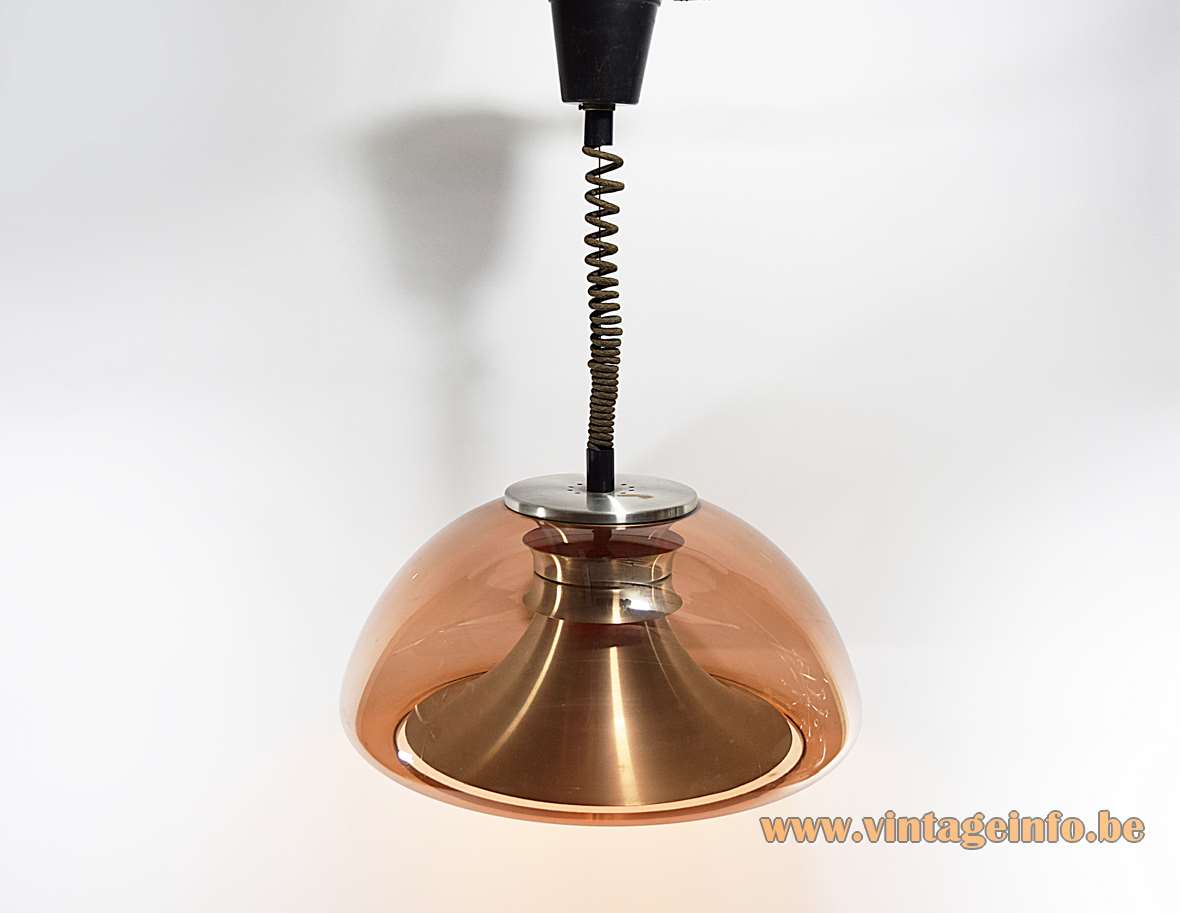 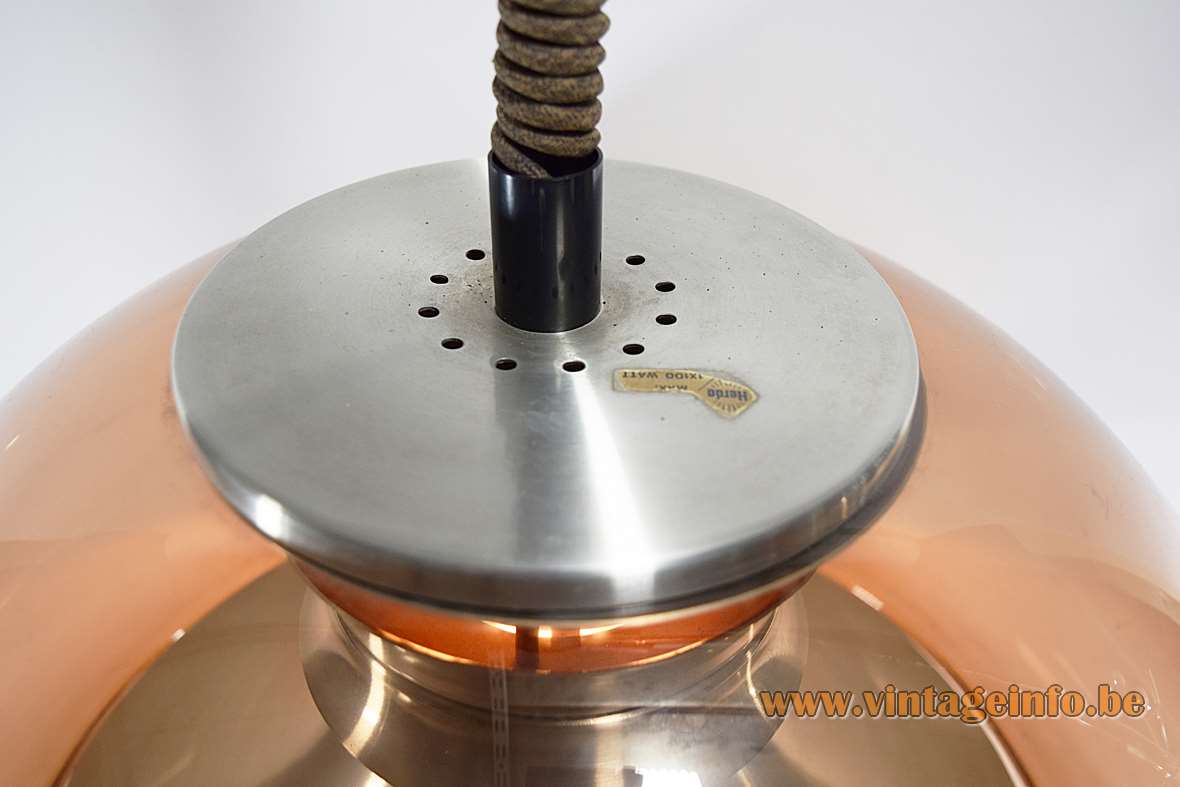 The aluminium inside of this Herda smoked acrylic rise & fall pendant lamp is made in the style of the pendant lamps designed by Carl Thore, the Swedish designer.

The date on the Rolly rise and fall mechanism says: 1976. Rolly was an Italian company that produced rise & fall mechanisms for many lamp producers around the world in the 1960s, 1970s and 1980s. The company no longer exists.

Other lamps with a Rolly rise & fall mechanisms 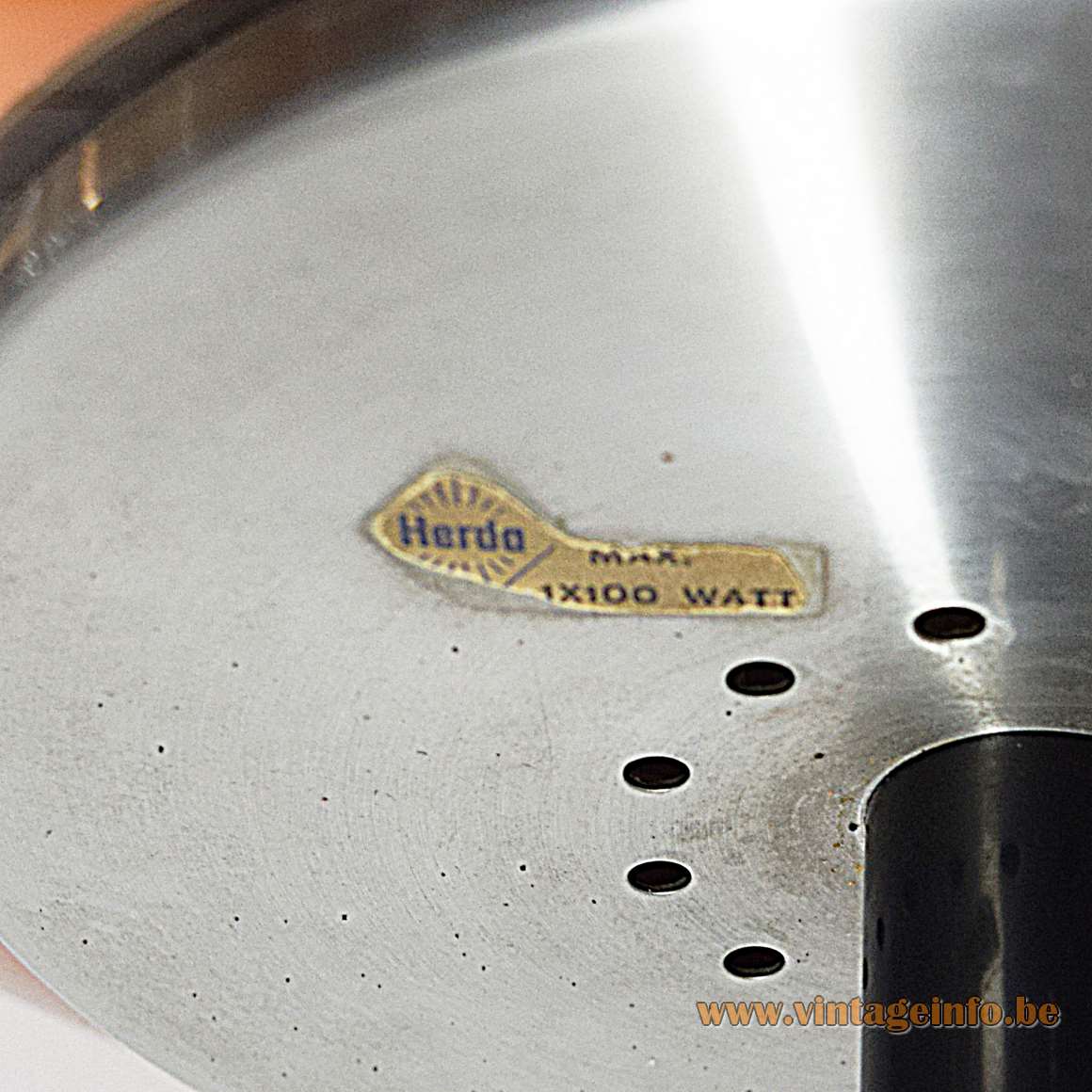 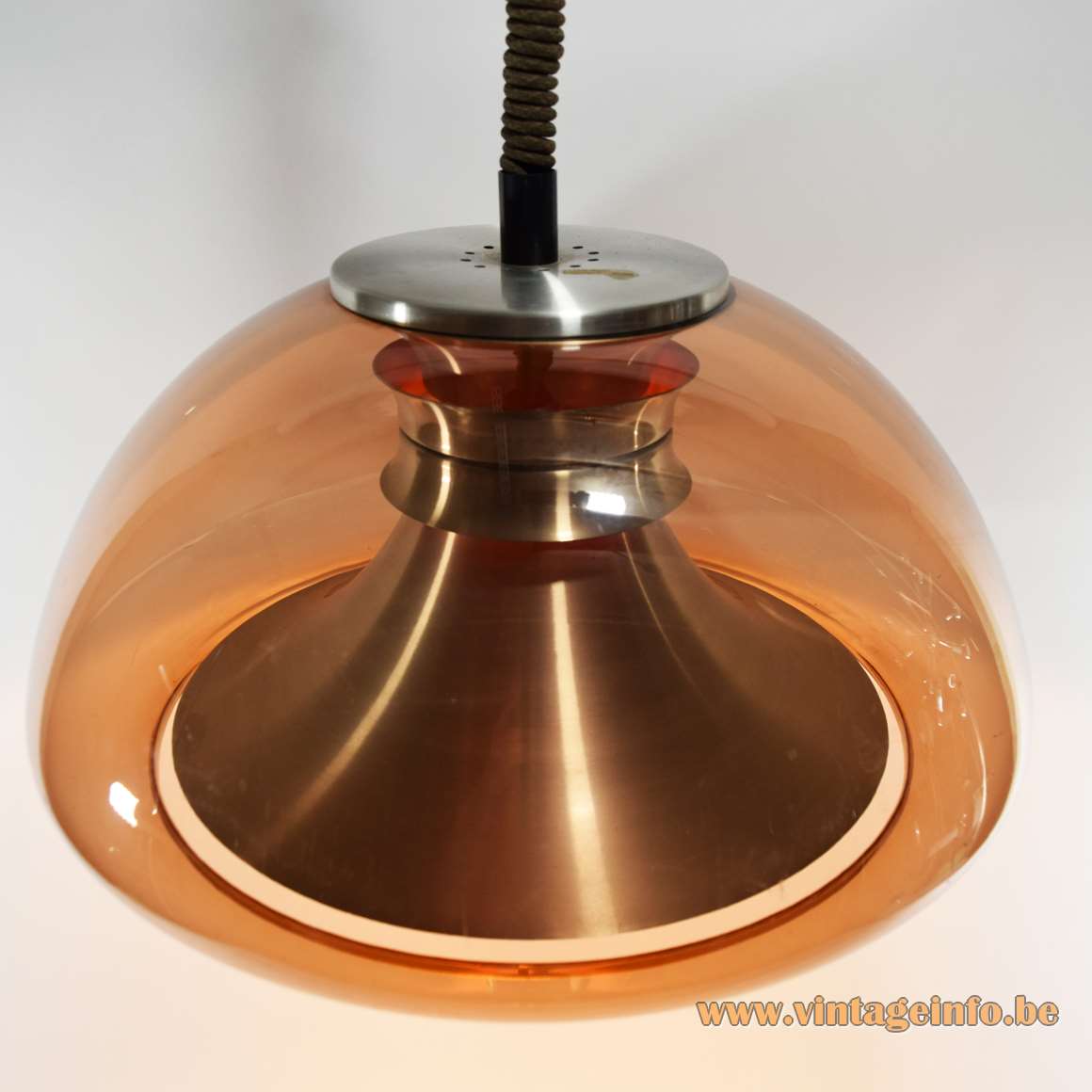