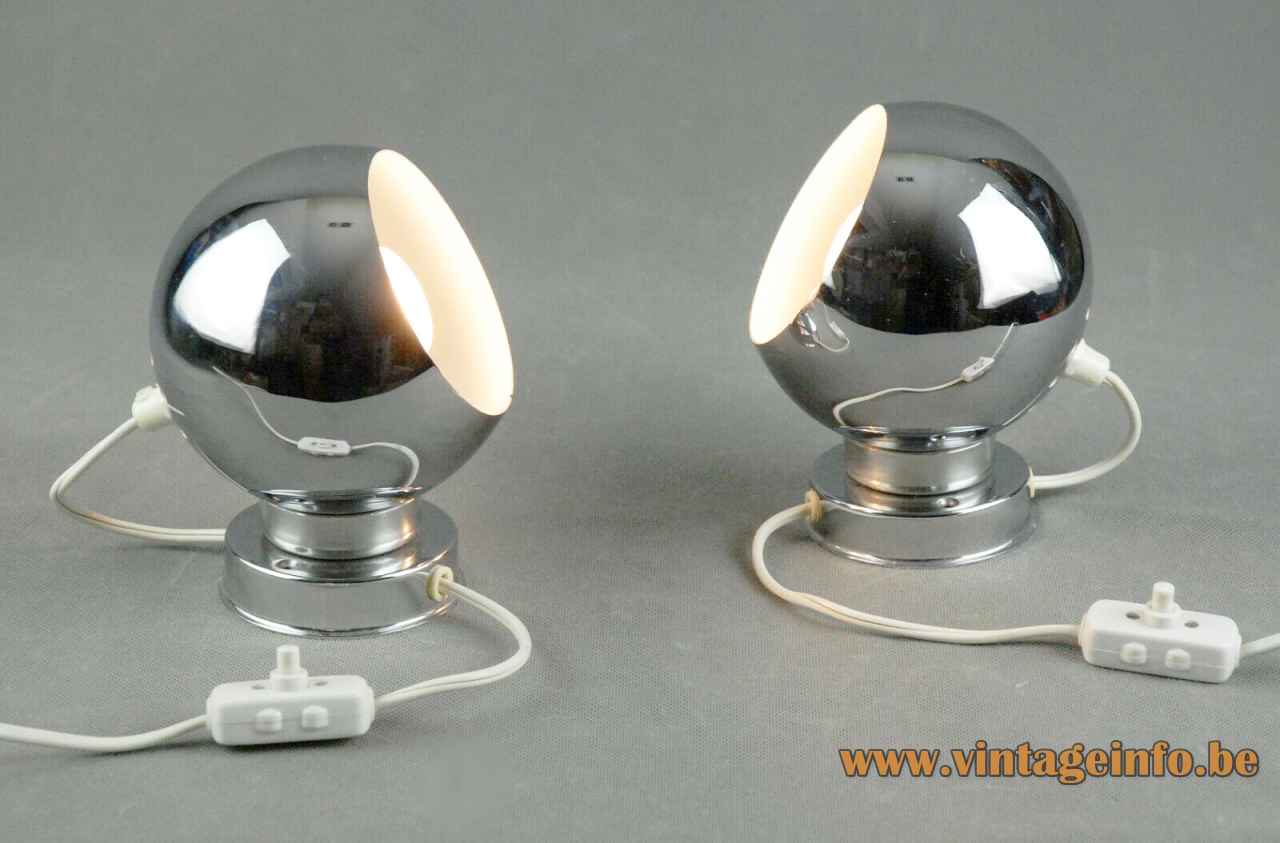 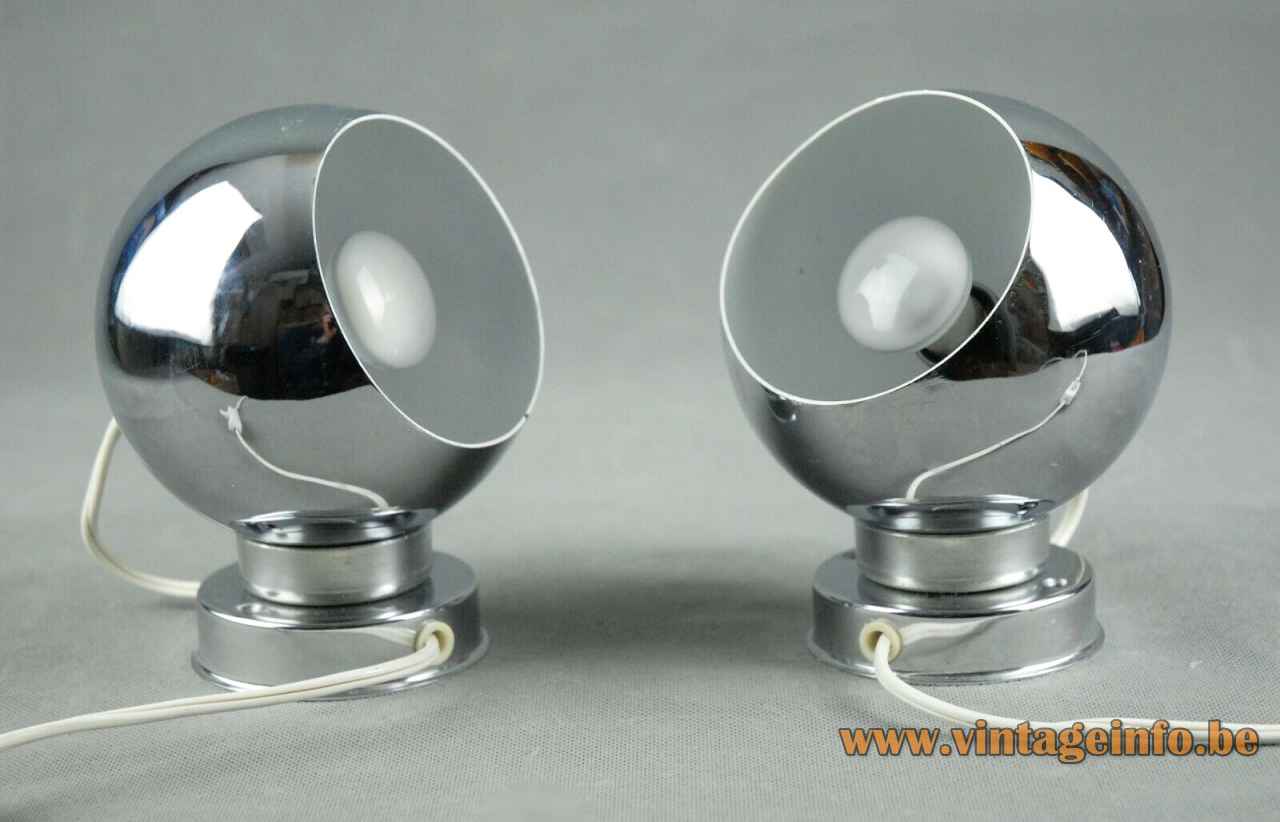 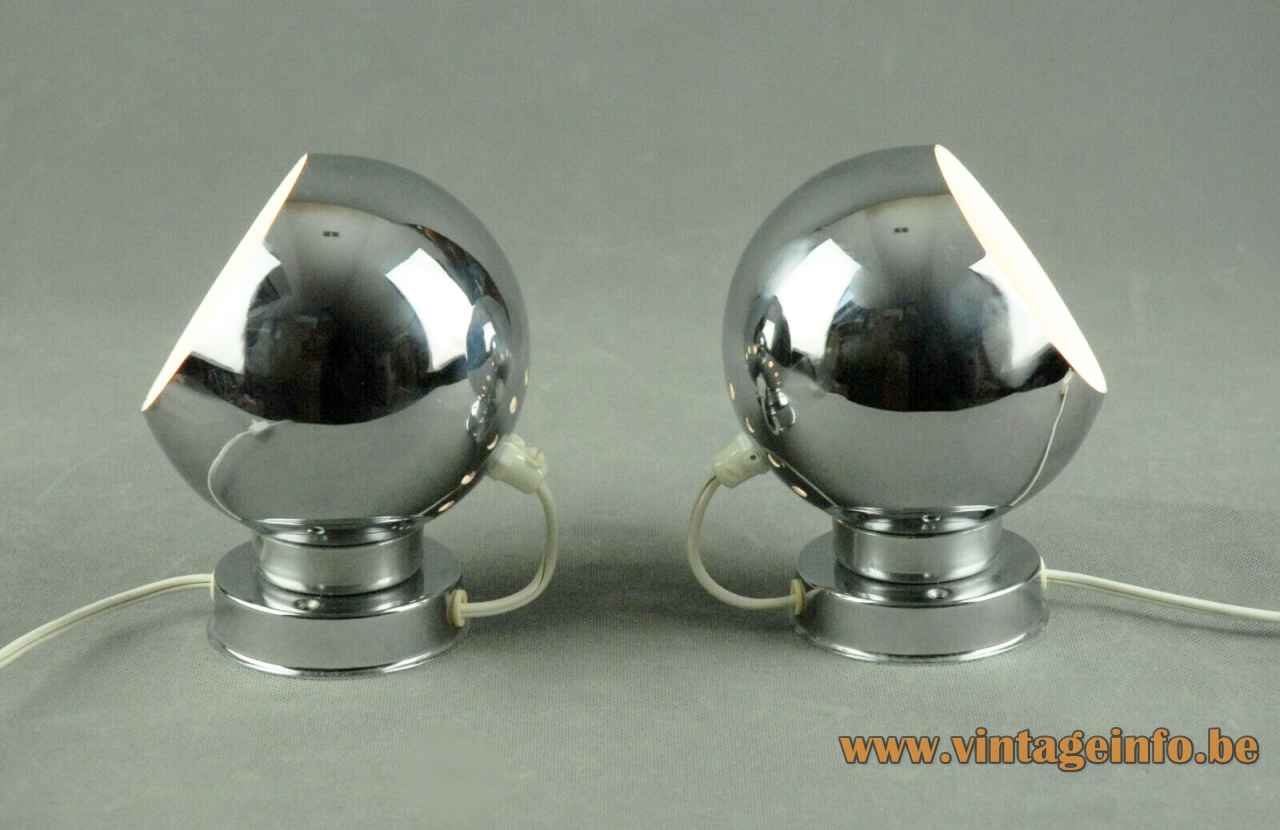 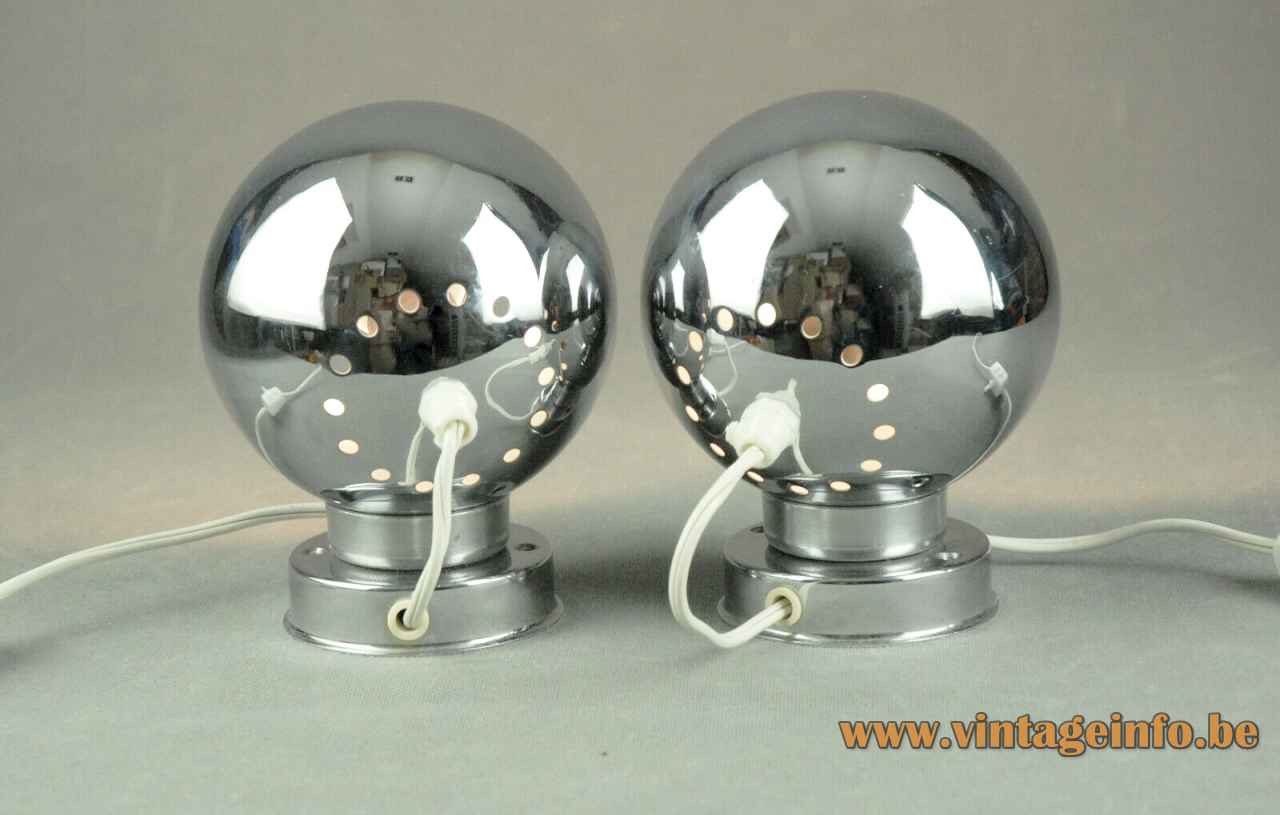 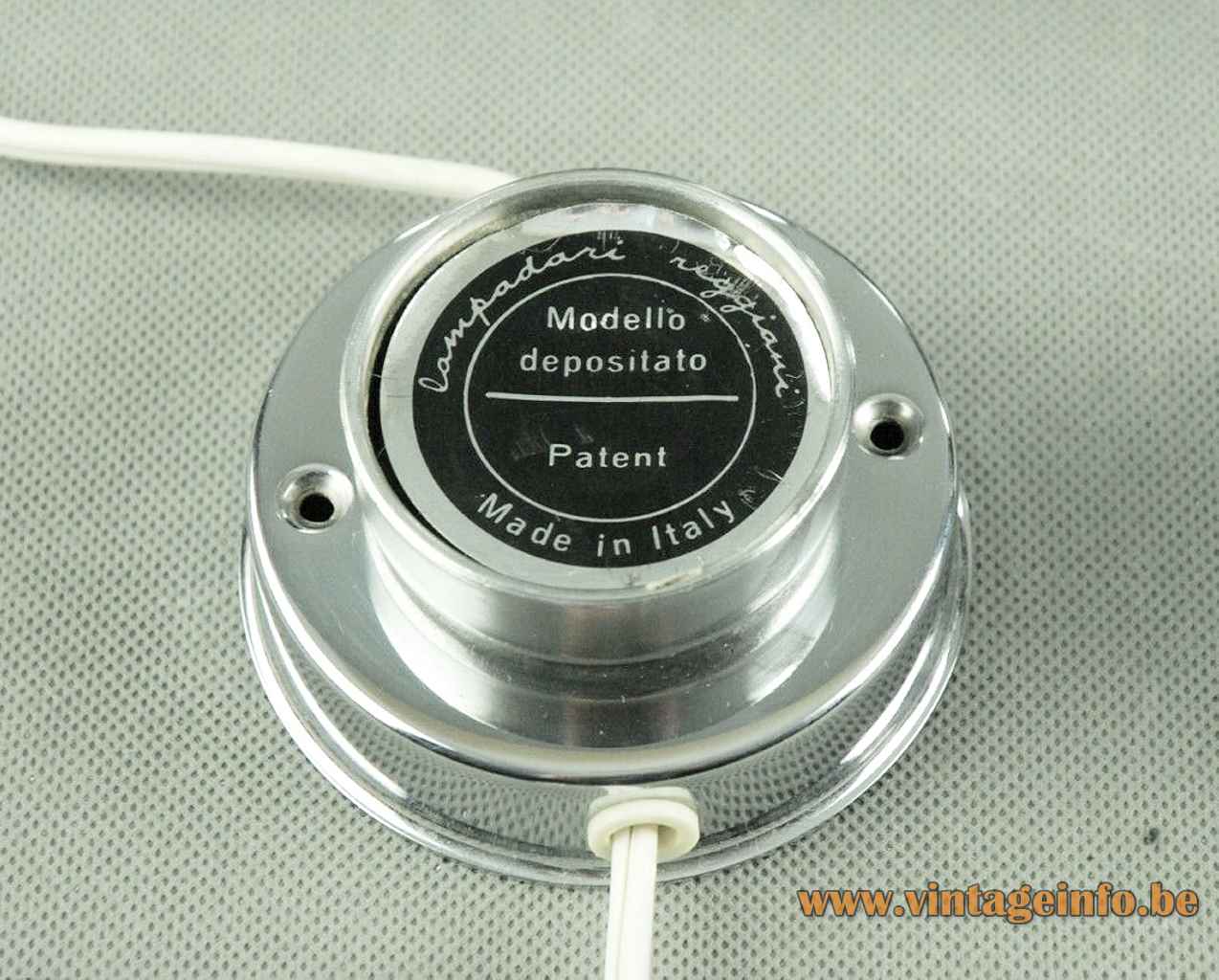 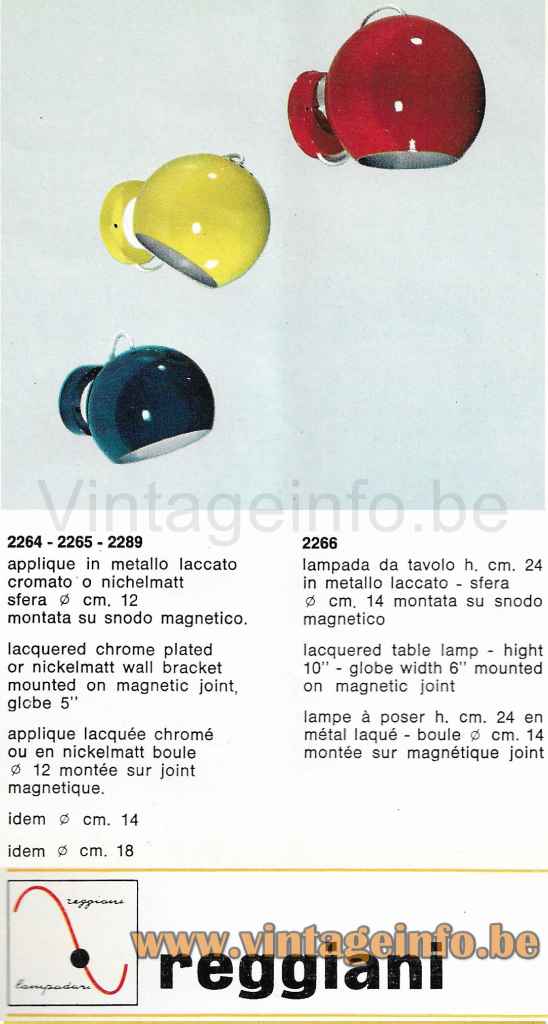 Electricity: 1 bulb E14, 1 x 40 watt maximum, 110/220 volt.
Any type of light bulb can be used, not a specific one preferred. For this setup small spotlights were used.

Other versions: This Reggiani magnetic globe lamp exists in several versions and colours. Desk lamps, floor lamps, table lamps and wall lamps were produced. This one is a wall lamp that can be used as a table lamp.

Many companies produced magnetic lamps, you can find several examples here on Vintageinfo. On of the most famous lamps is the Cobra table lamp designed by Angelo Lelii. You can find it over here.