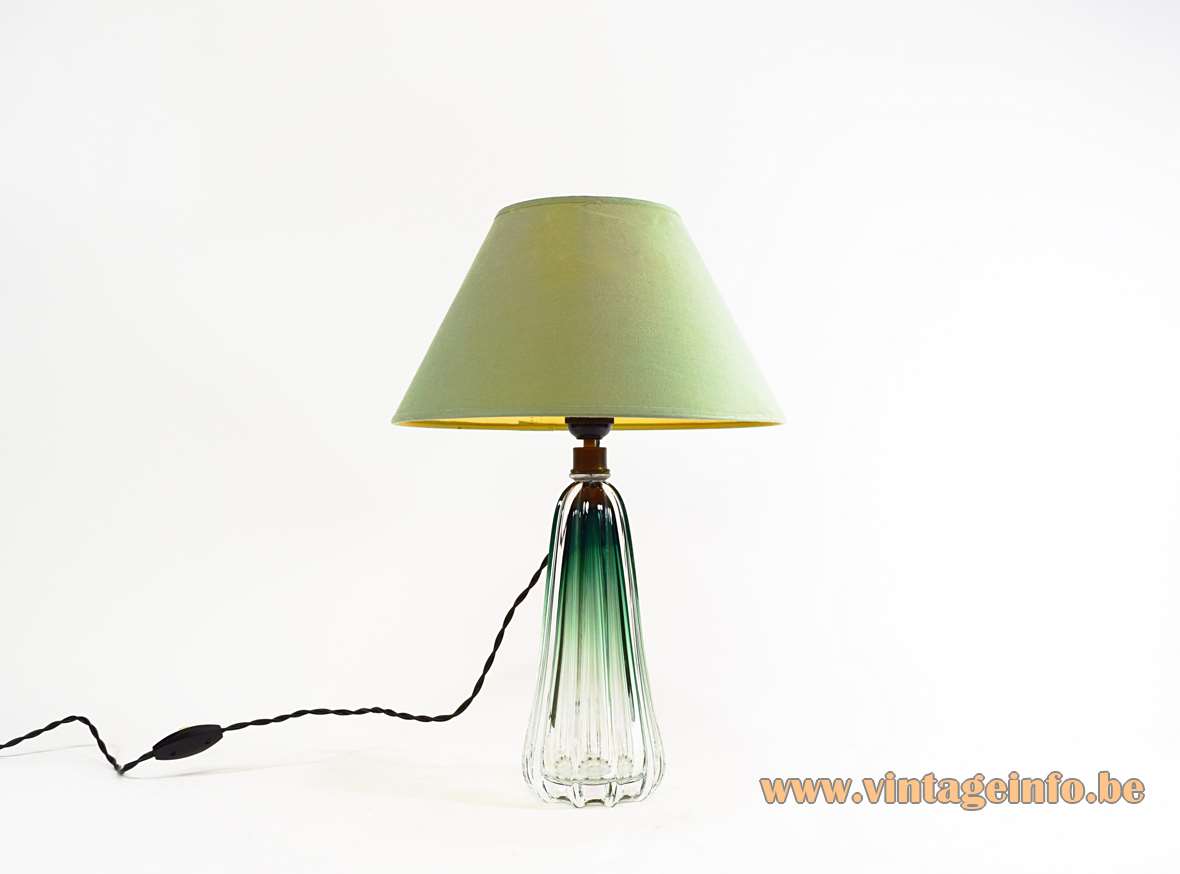 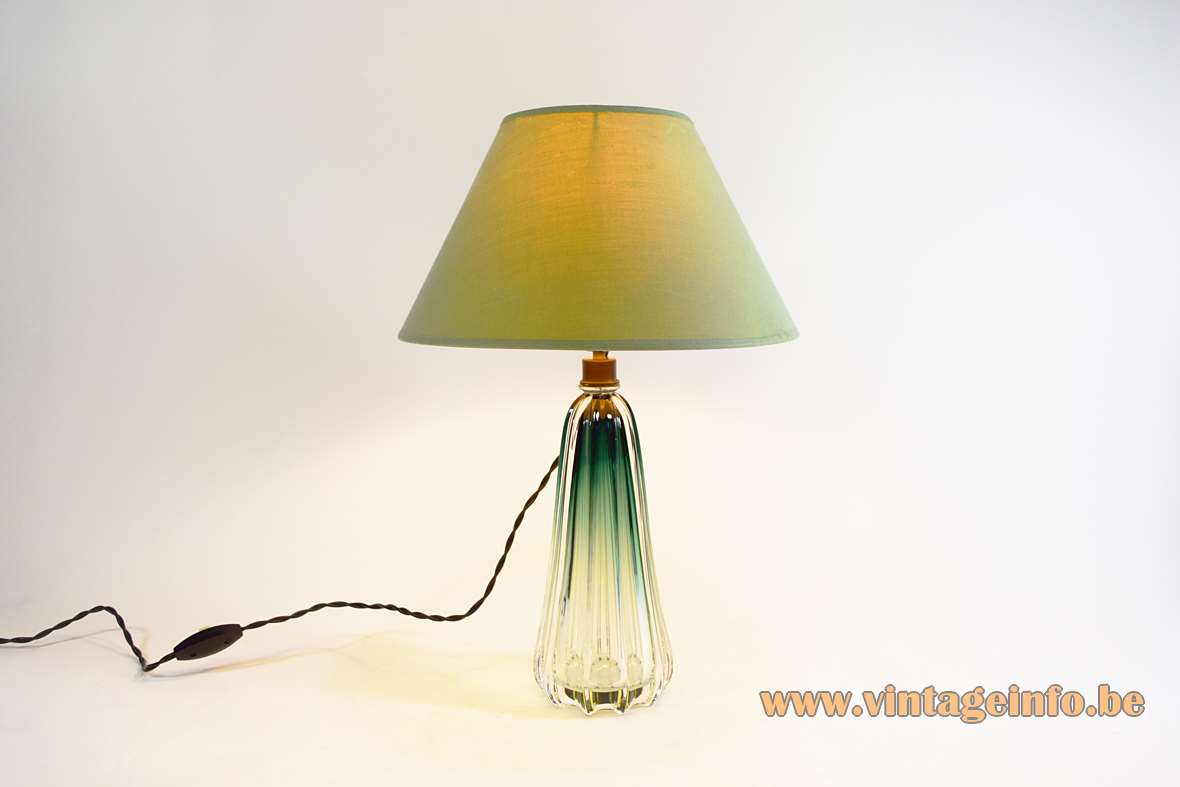 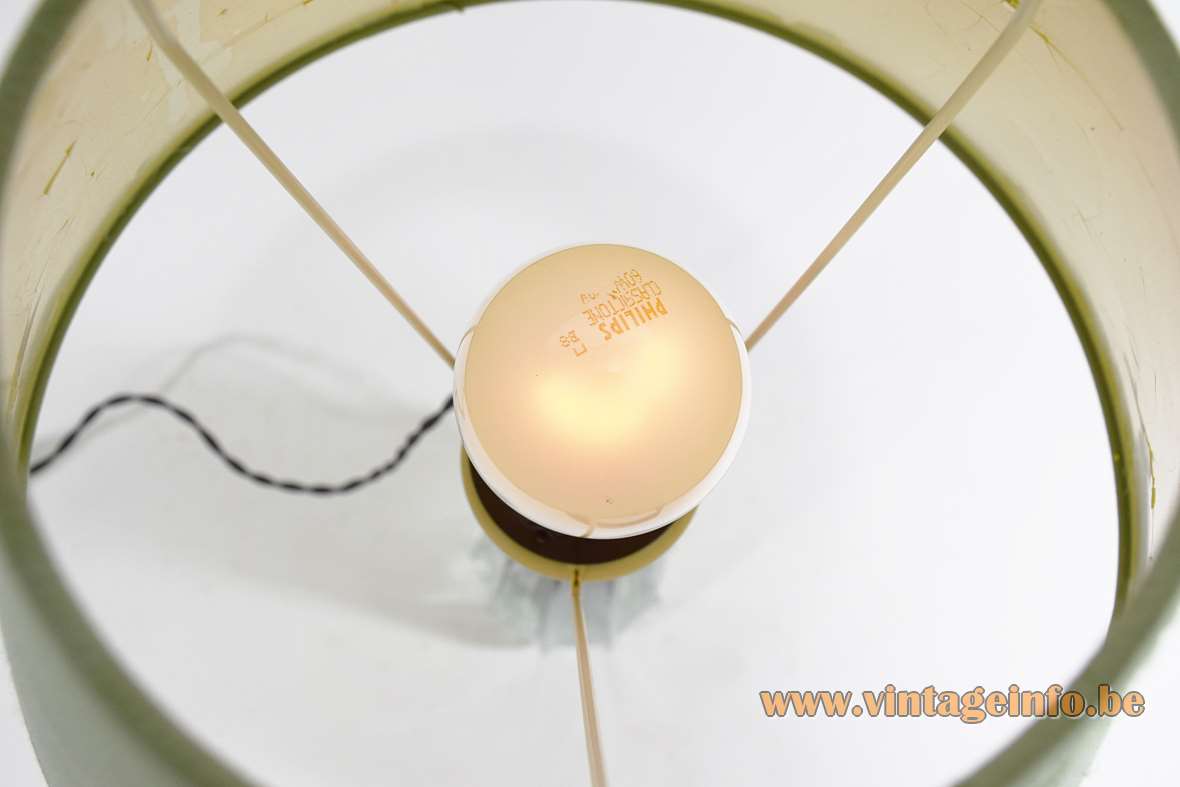 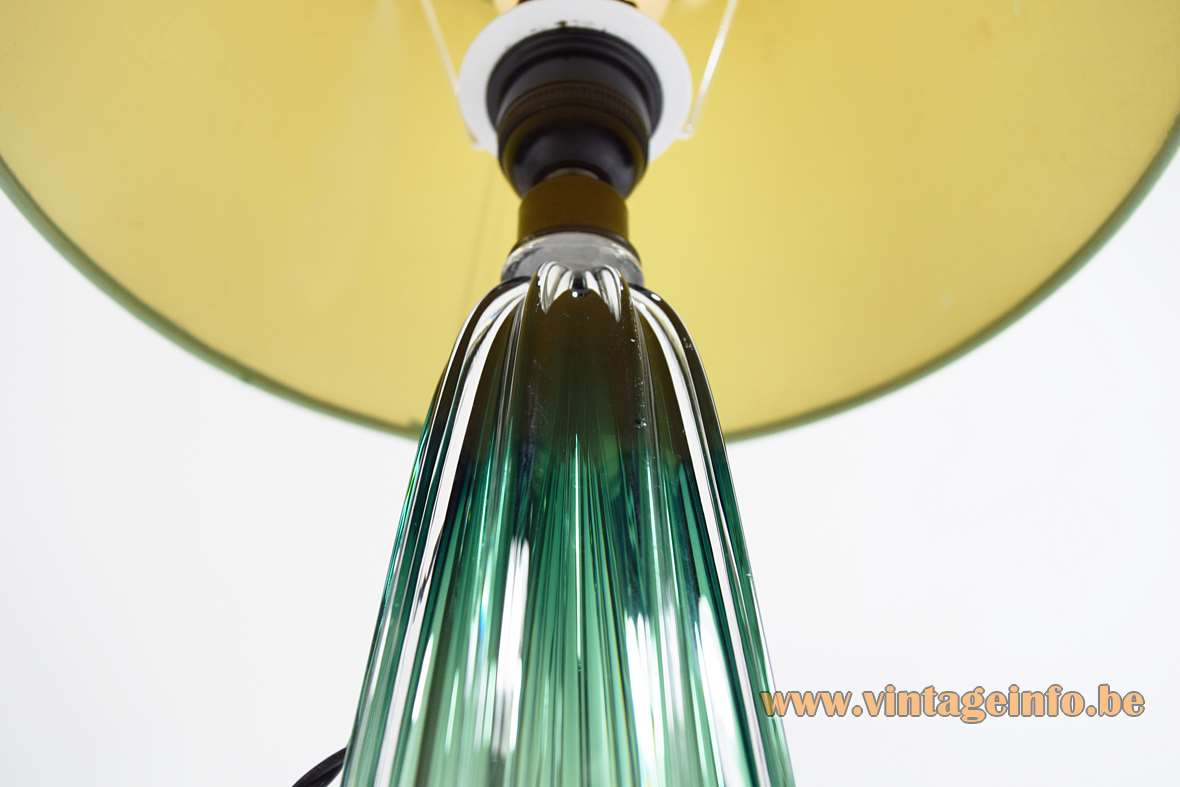 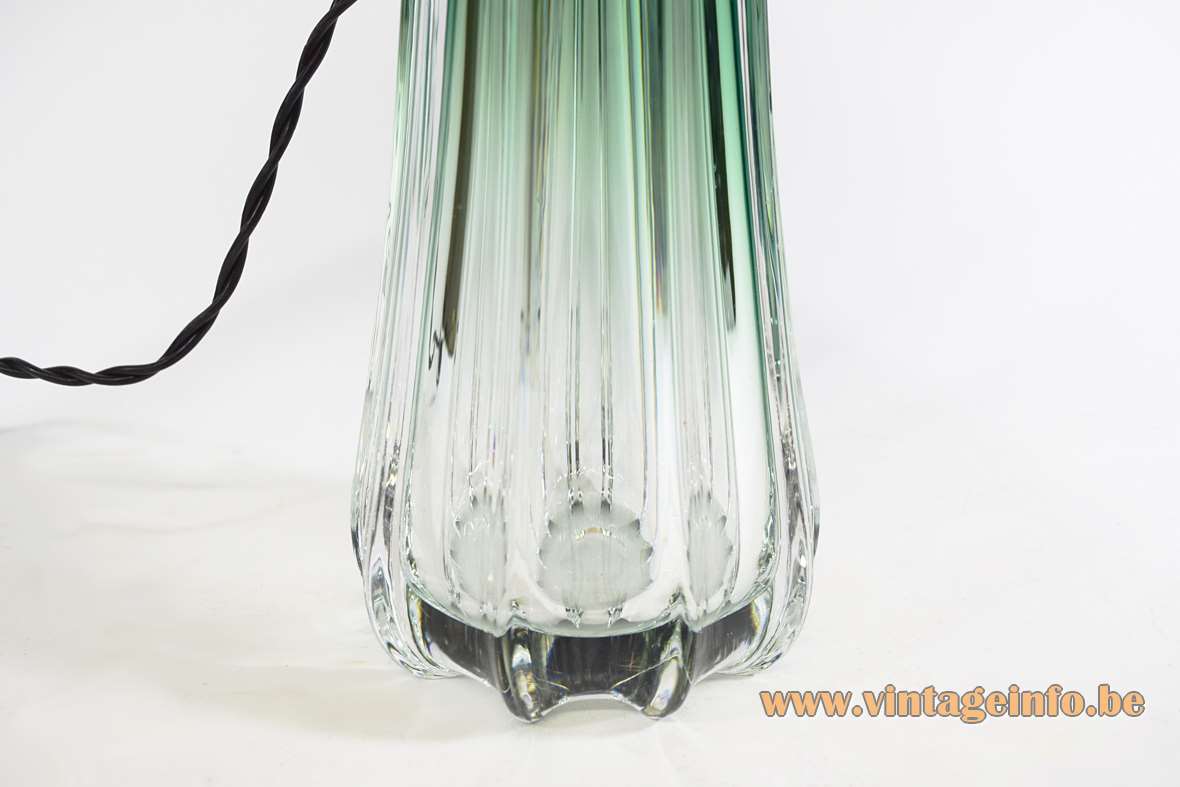 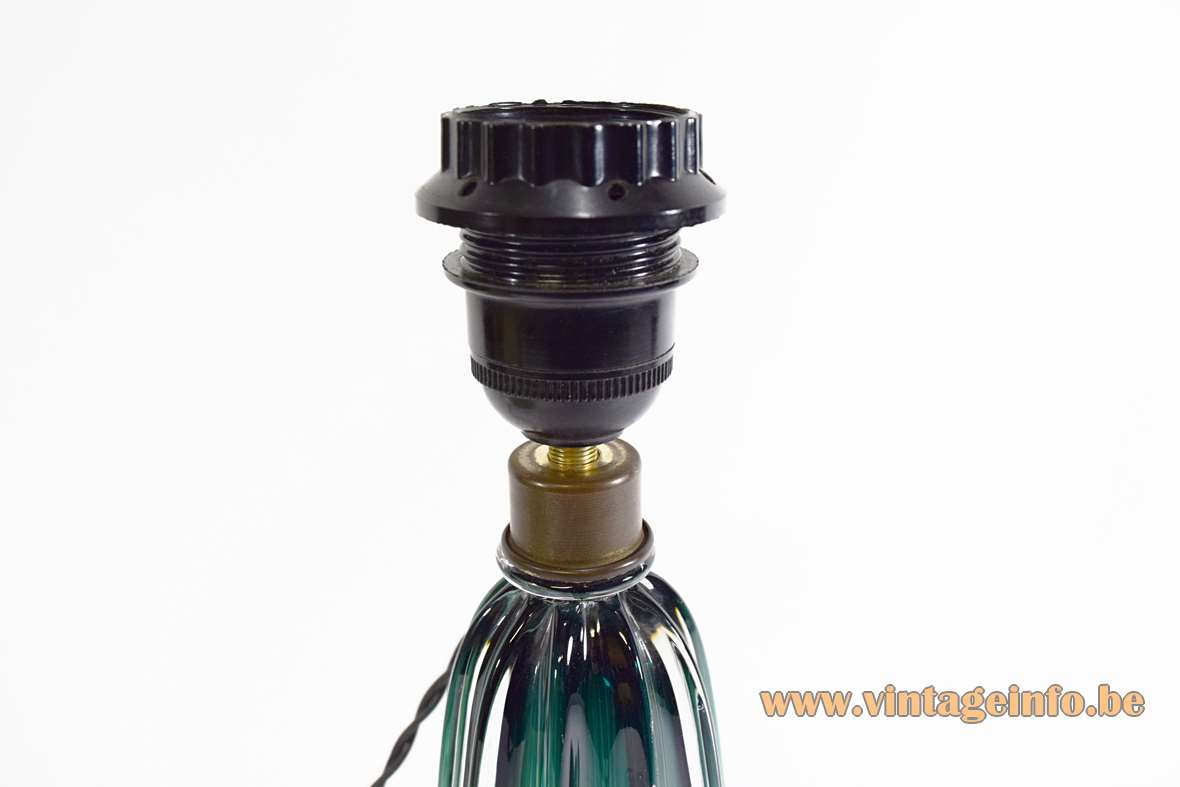 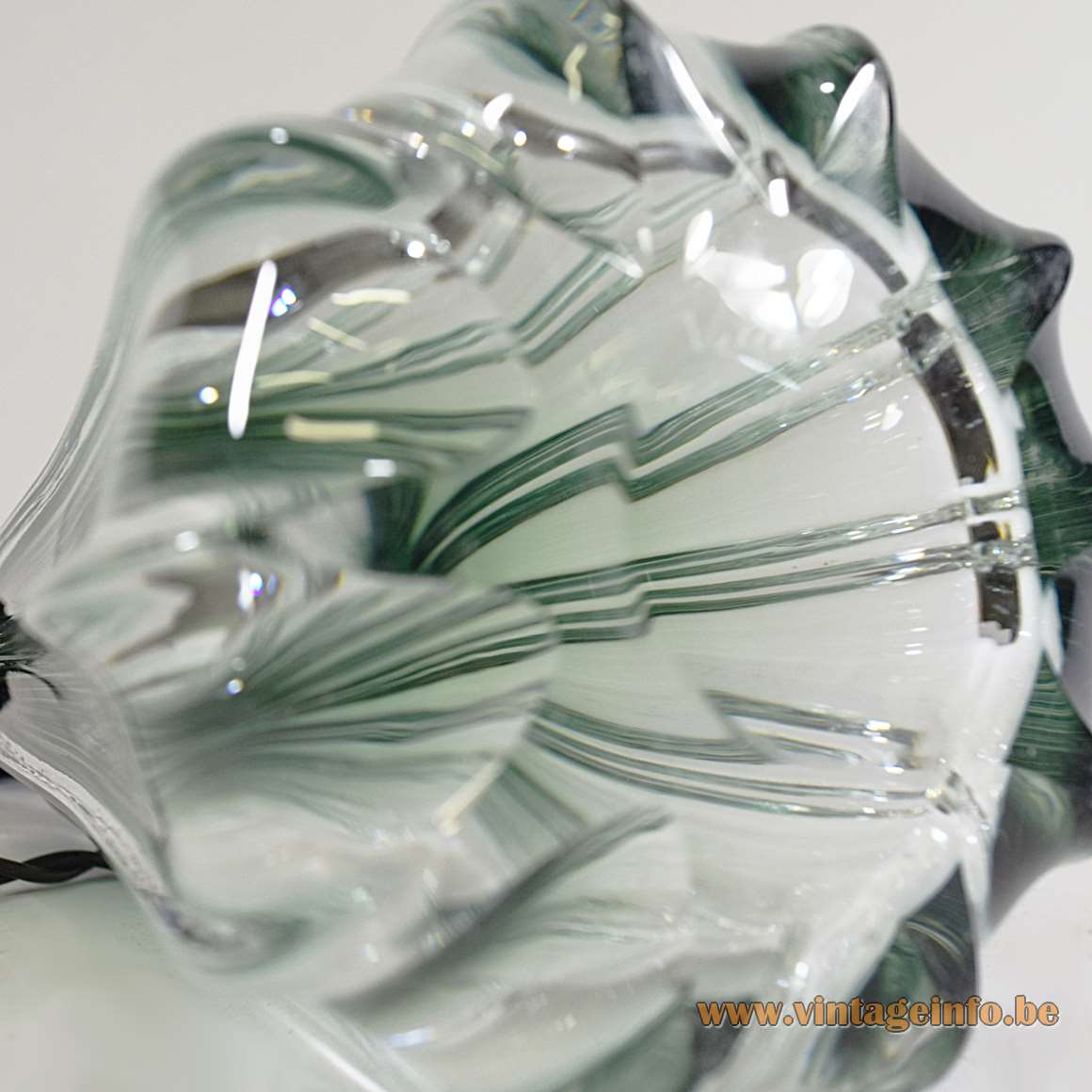 Other versions: This Val Saint Lambert Scintilla table lamp exists in several colours. Sold with several different lampshades, but this one is presumably not the original. Lampshades were often changed over the years to make them look more modern. 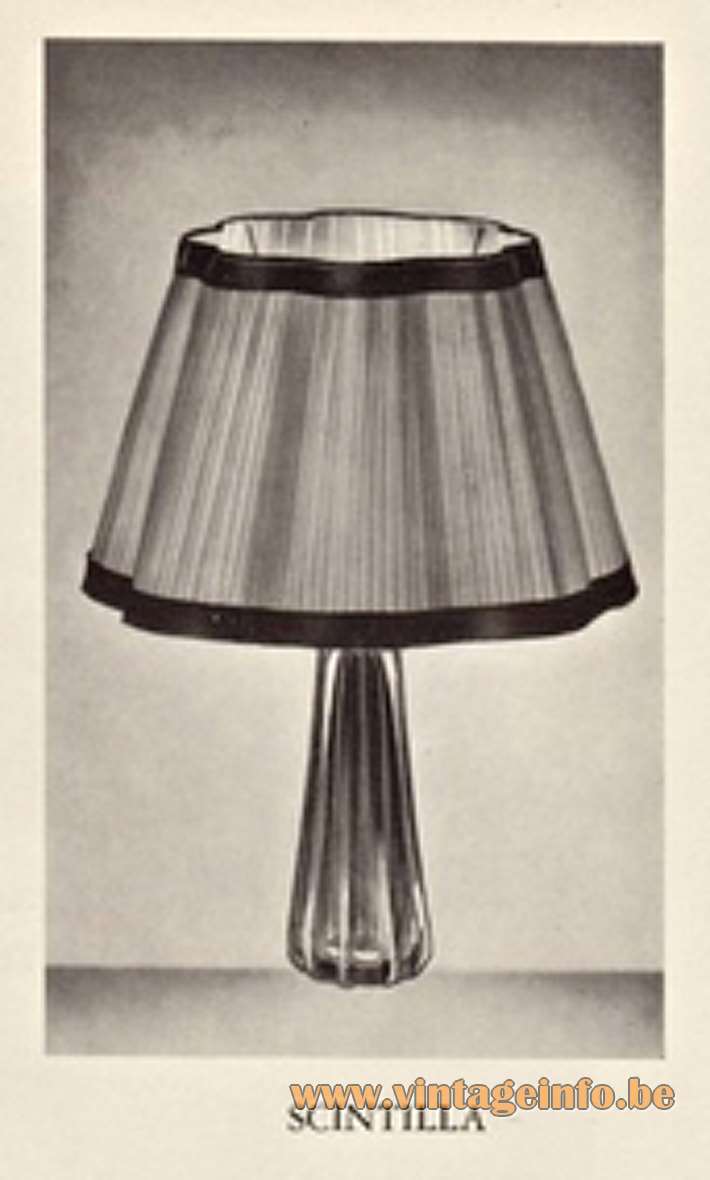