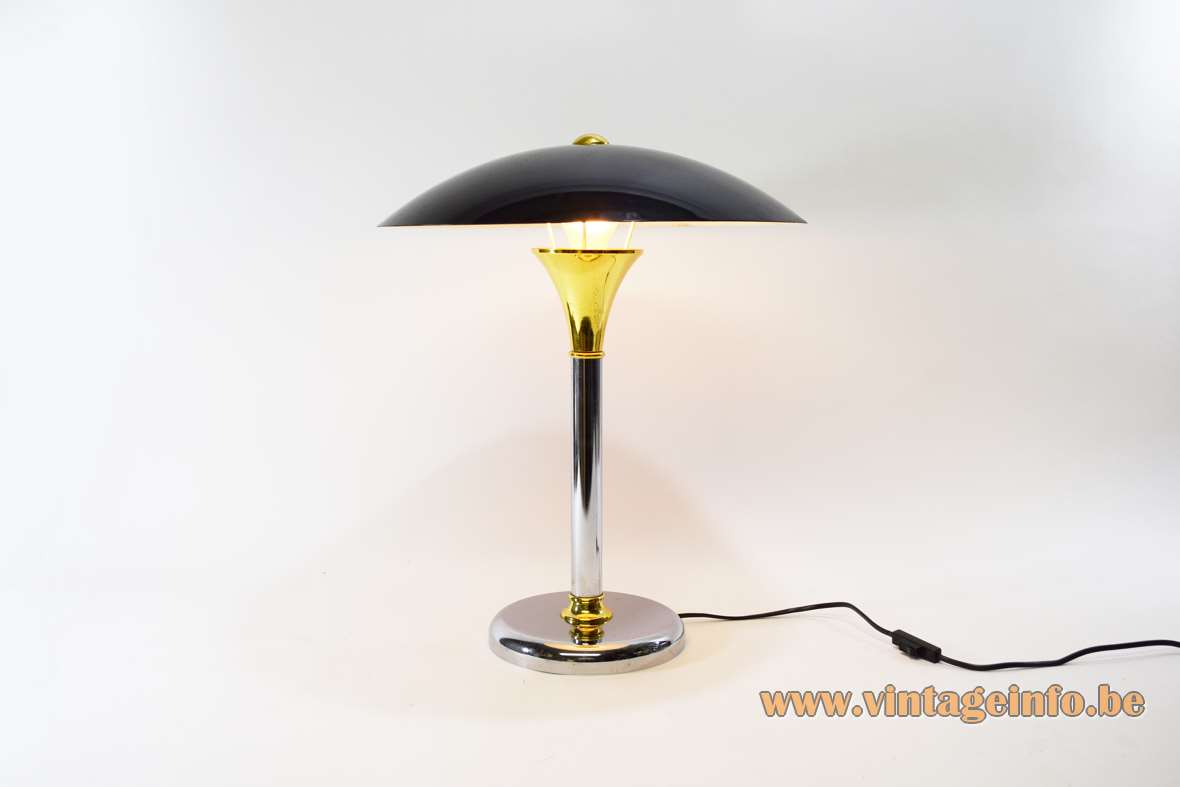 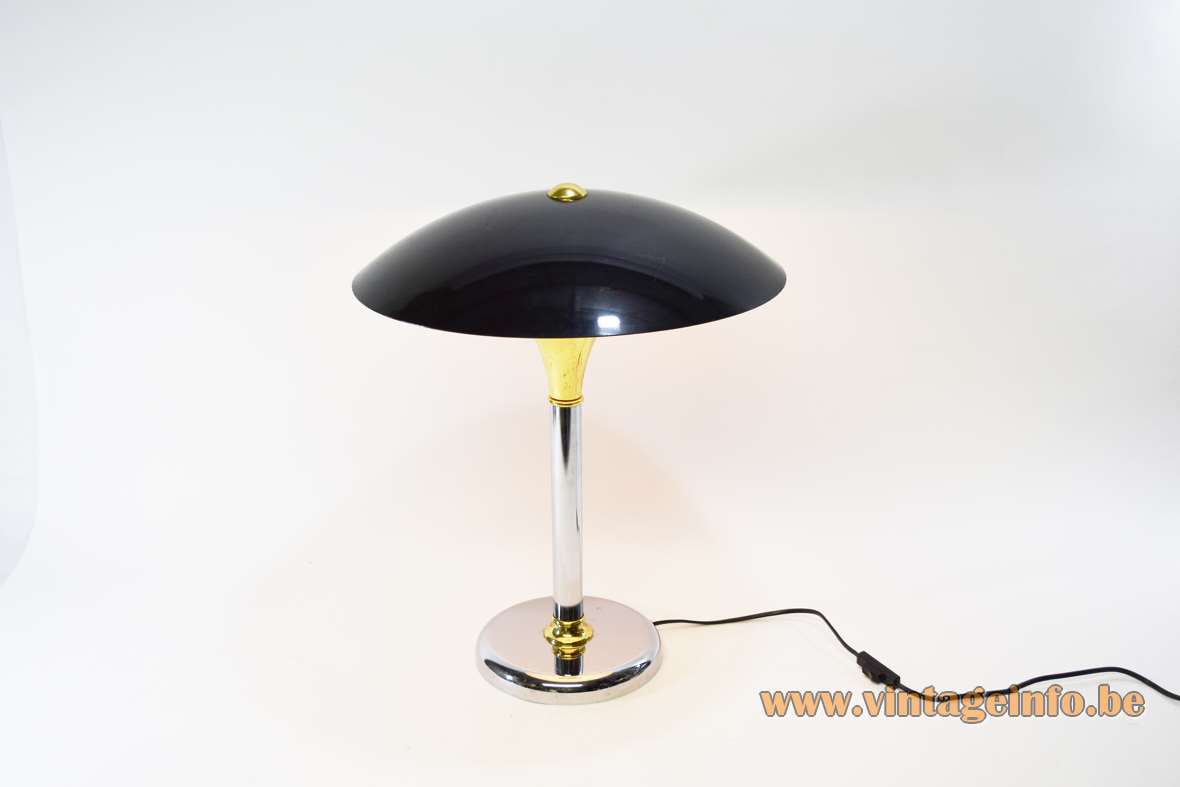 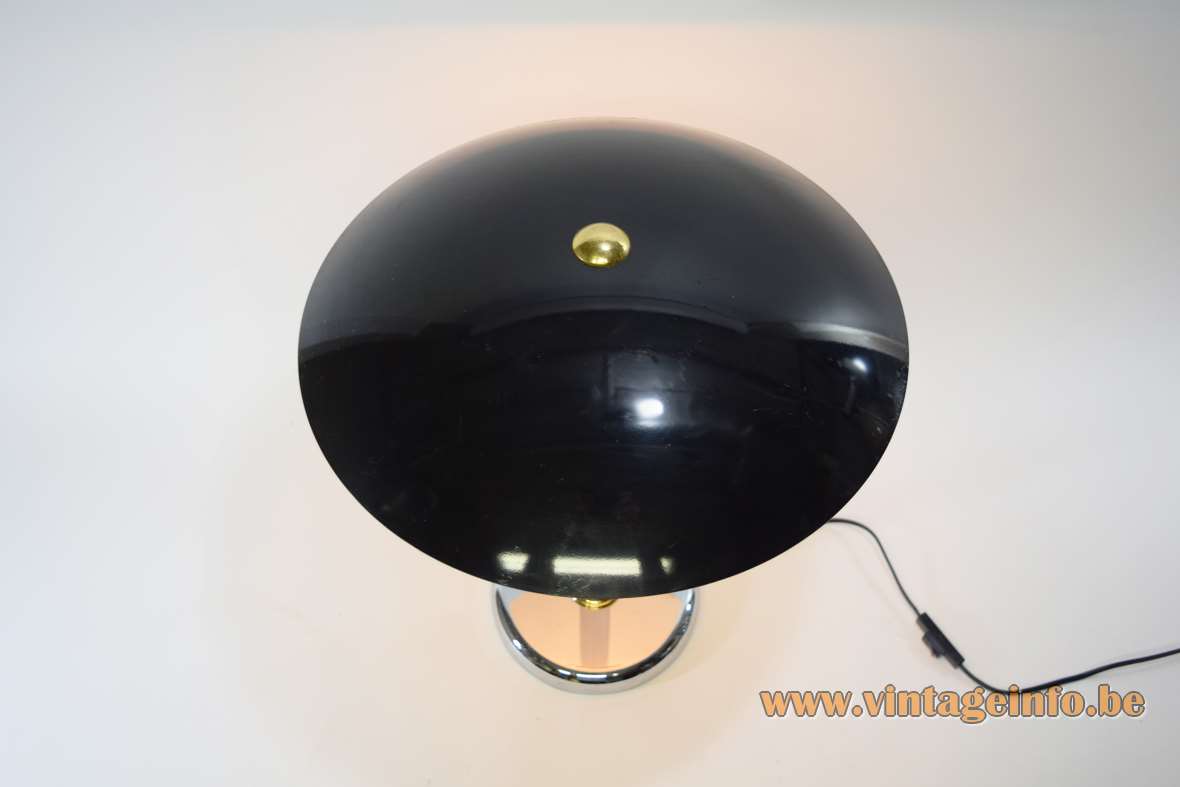 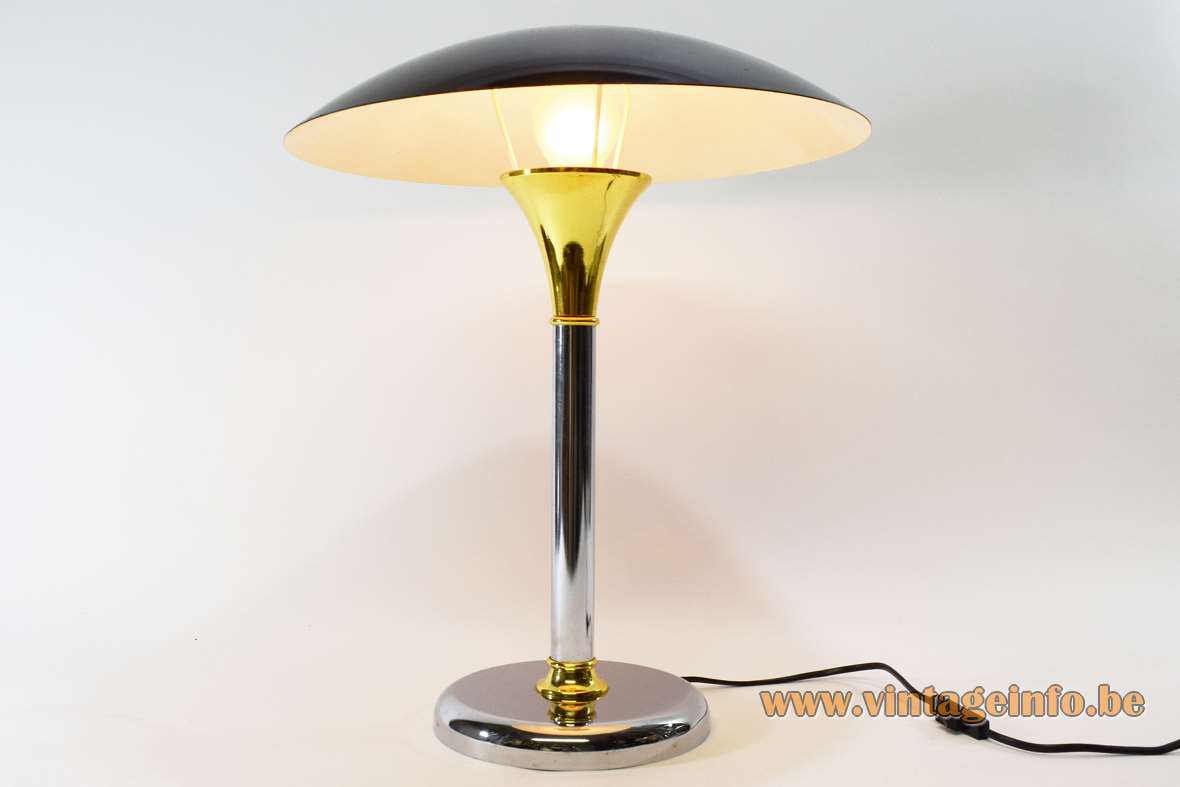 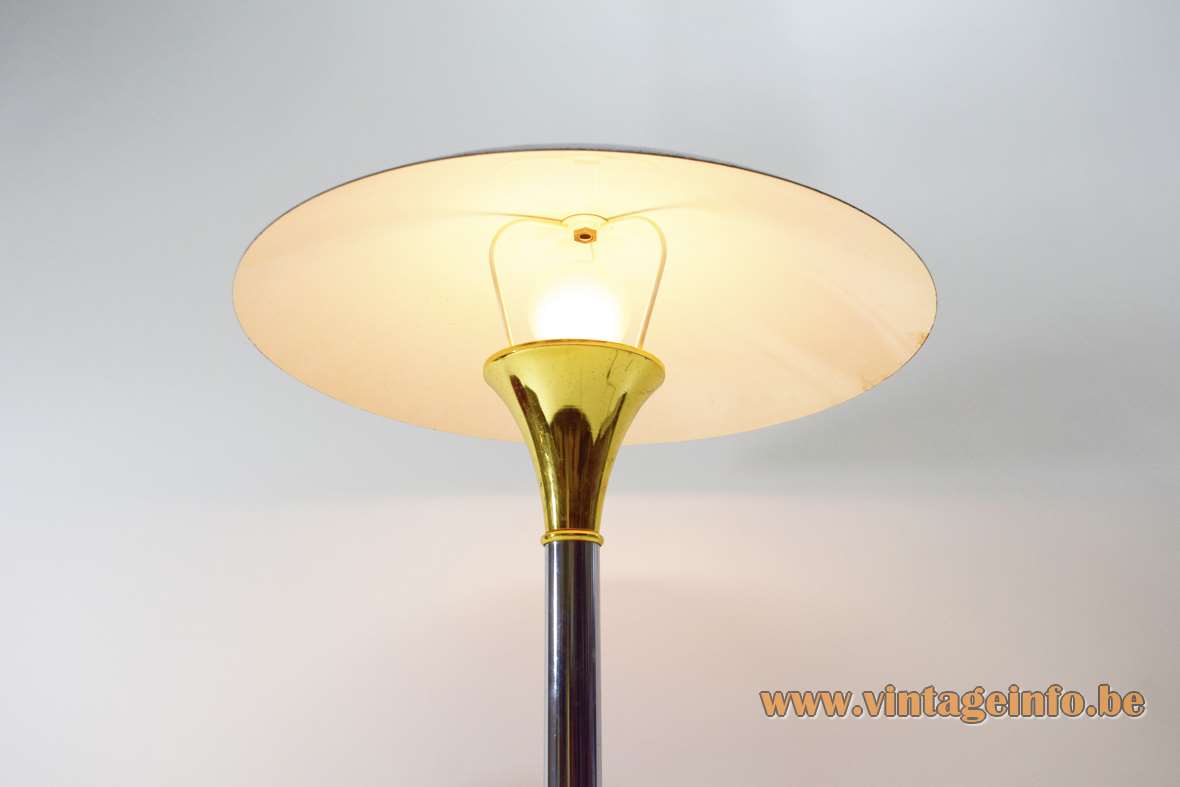 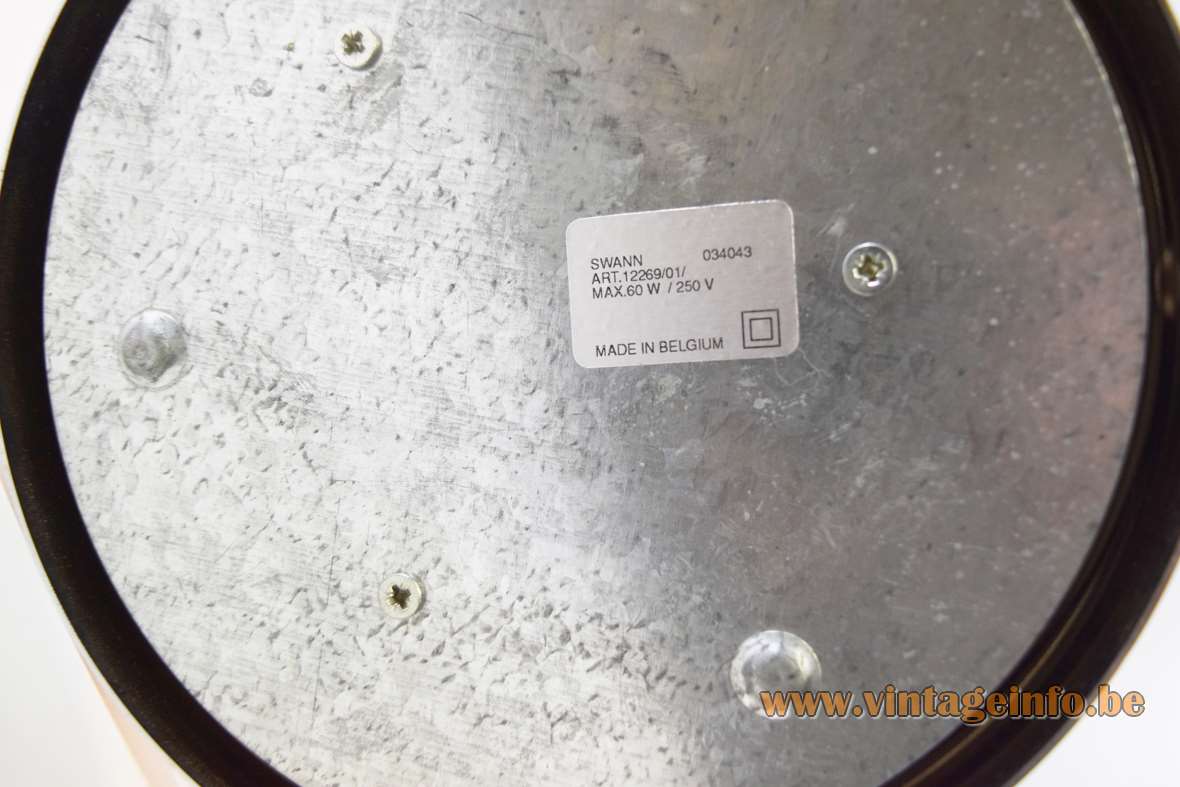 Designer: To be appraised. Made after a design from 1934 by Max Schumacher (1885 – ?) for Werner Schröder (Metallwerk Werner Schröder, Lobenstein, Germany).

This table/desk lamp has no label of Massive, not really unusual for the brand at that time. Later Massive labels are made the same way but the name Massive is present. It then became mandatory in the European Union (EU).

All the electric parts of this table lamp are made in the late 1980s, 1990s by VLM Components from Buccinasco, near Milan.