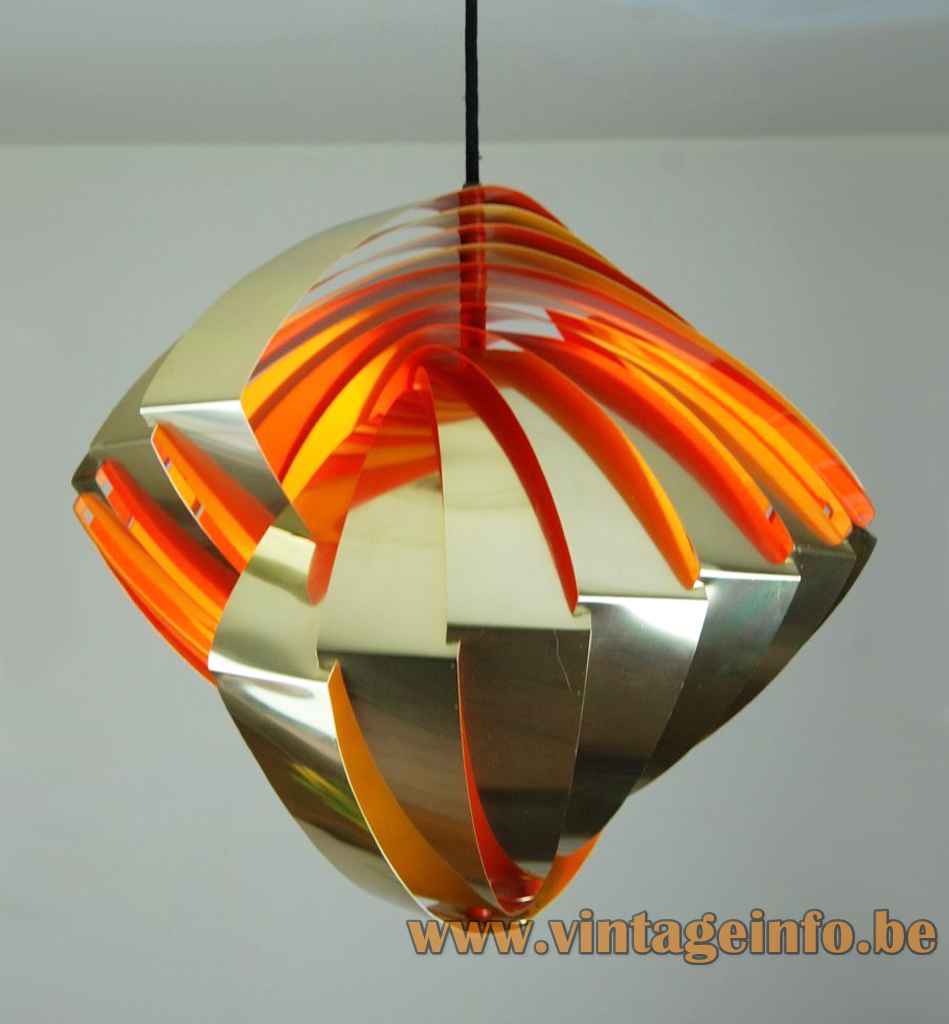 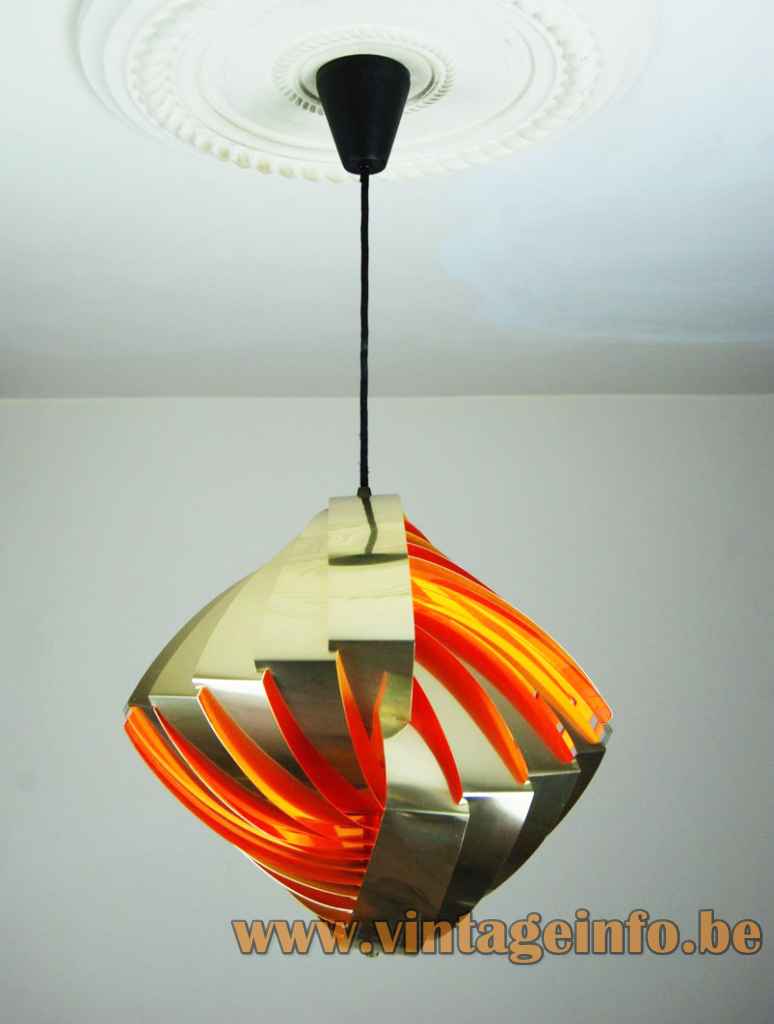 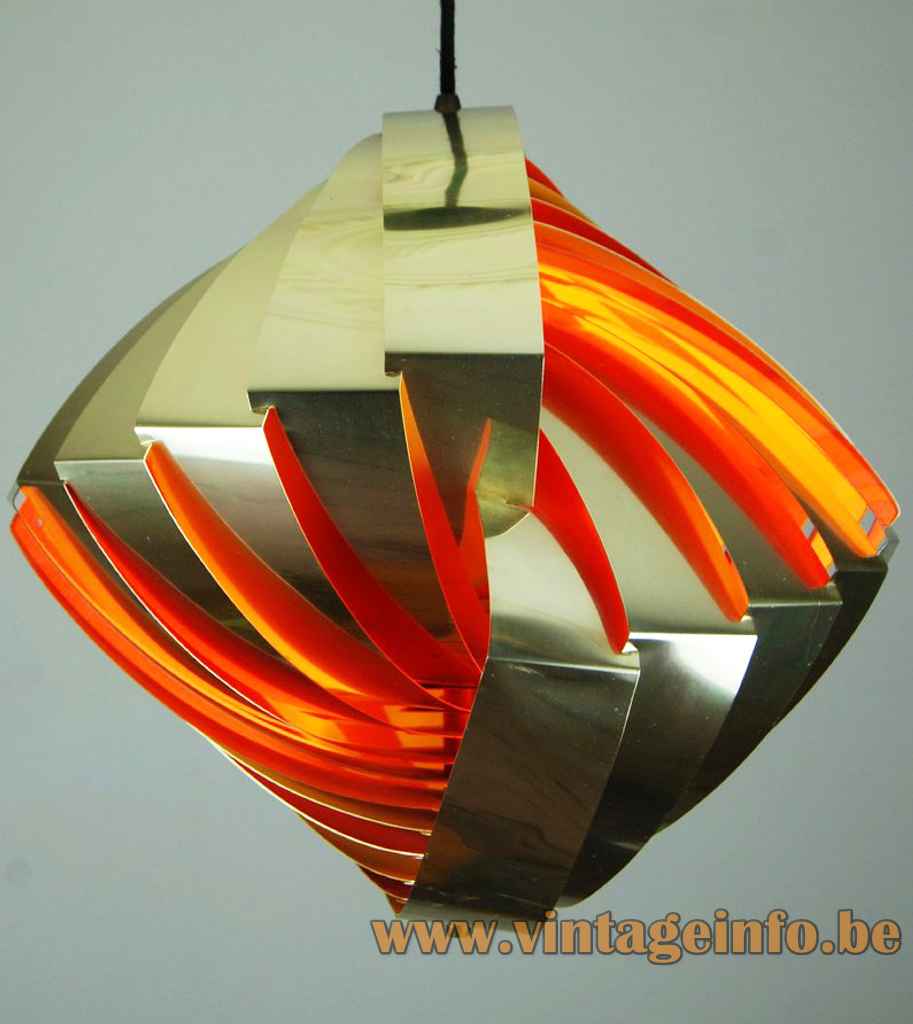 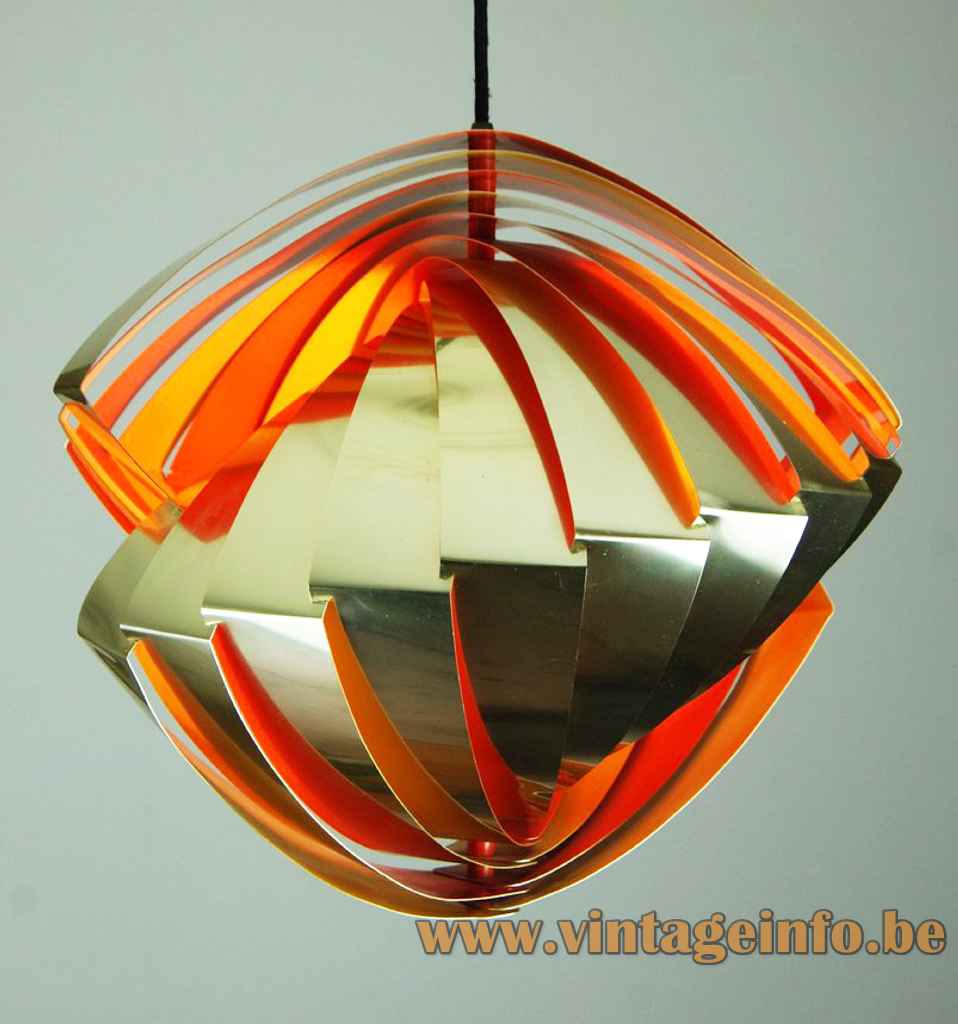 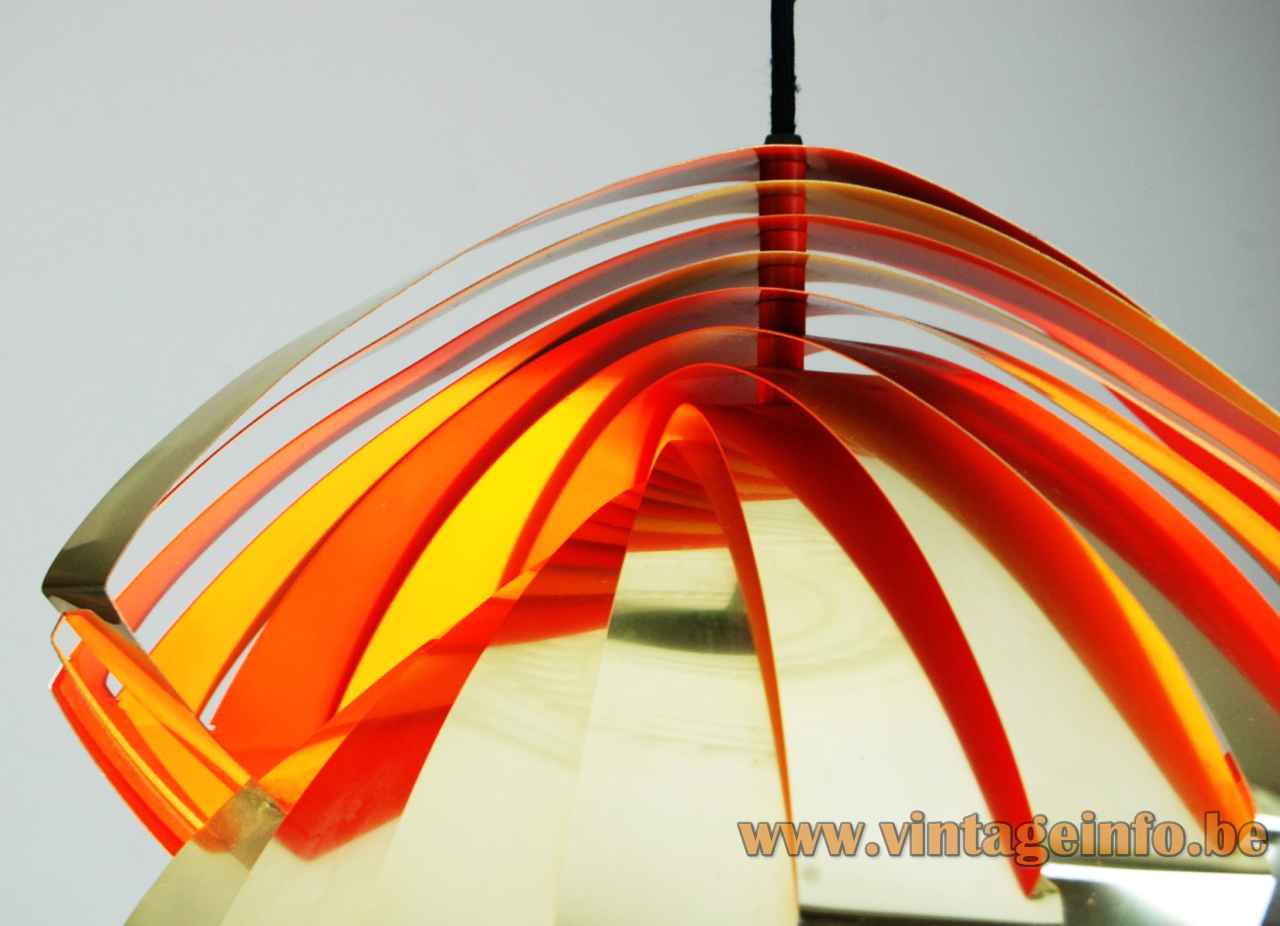 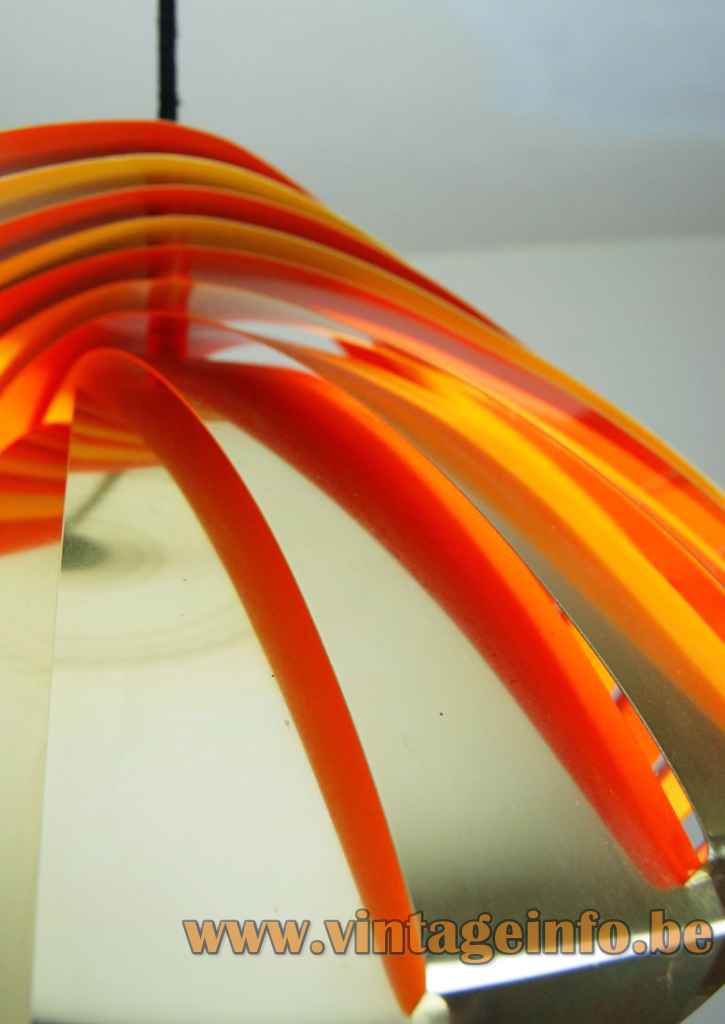 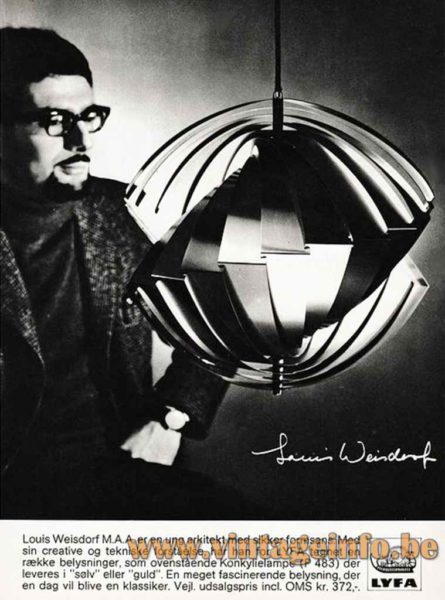 Other versions: This Lyfa Konkylie pendant lamp was made in many colours.

Louis Weisdorf was born on 29 March 1932 in Copenhagen, Denmark. He studied at the Royal Danish Academy of Fine Arts (Kunstakademiets Arkitektskole) from 1949 to 1954.

Louis Weisdorf became architect and industrial designer. In the early part of his career, he worked for the renowned Danish architects Verner Panton, Poul Henningsen and Simon Henningsen, Poul’s son.

Weisdorf is best known for his lamp designs, his tiling pattern called Fisken and his contribution to the architecture of the amusement park Tivoli in Copenhagen. His best known lamps include Conch, Multi-Lite, Ekko,Facet,Delfinen, Tulipanen  and Turbo.

He created the Konkylie (conch) pendant lamp in 1964 for the Tivoli Gardens in Copenhagen. The anodised gold lamps hung from trees throughout the gardens until very recently.

Louis Weisdorf became independent in 1967 with a design studio on Gammel Strand in Copenhagen. Weisdorf passed away 9 January 2021.