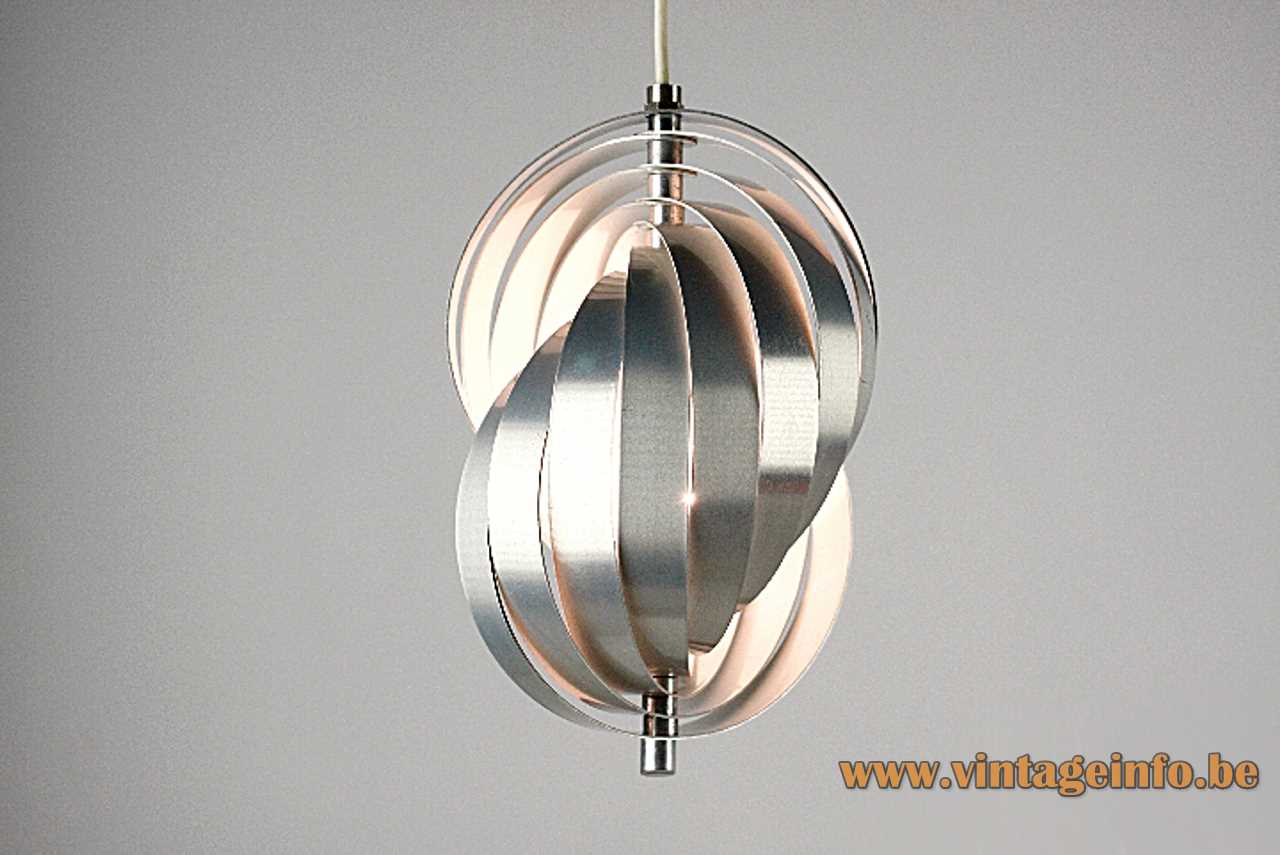 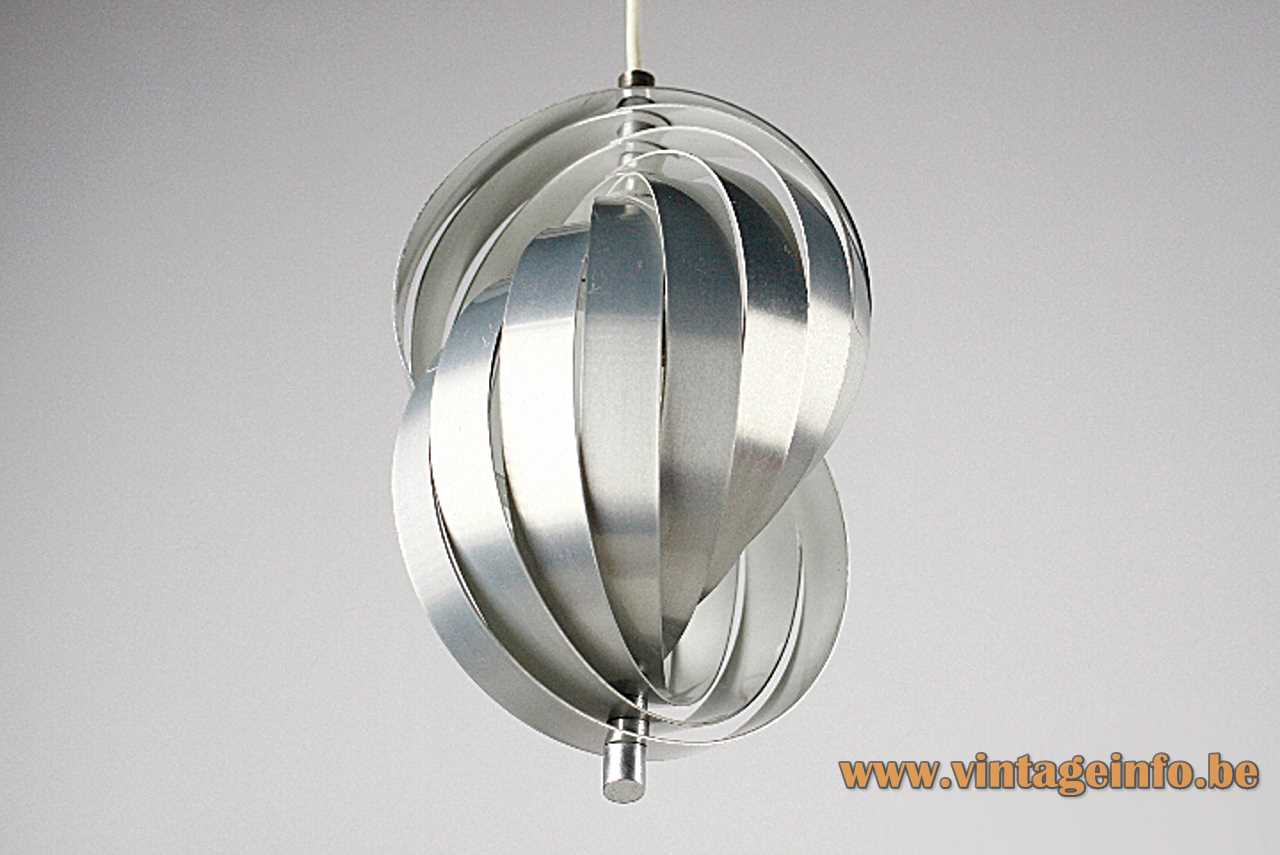 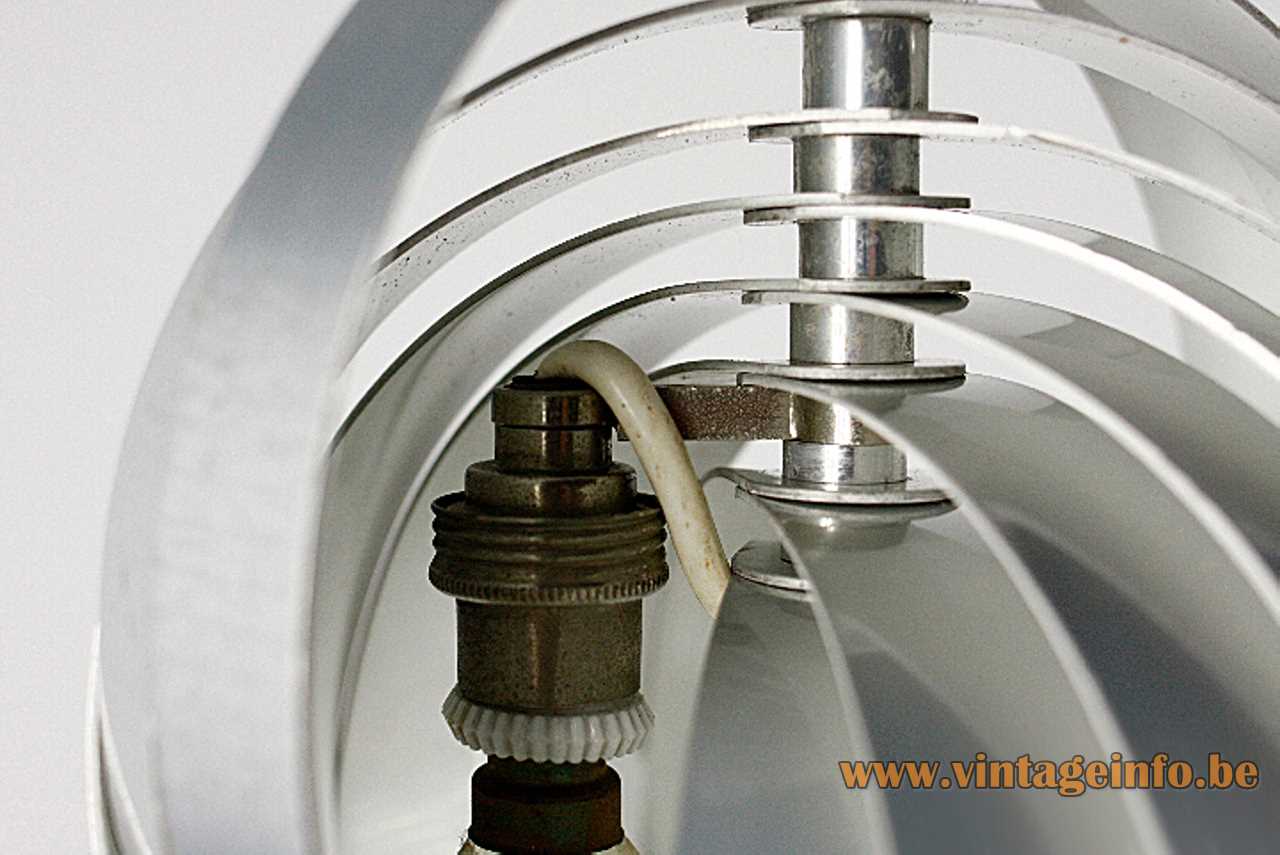 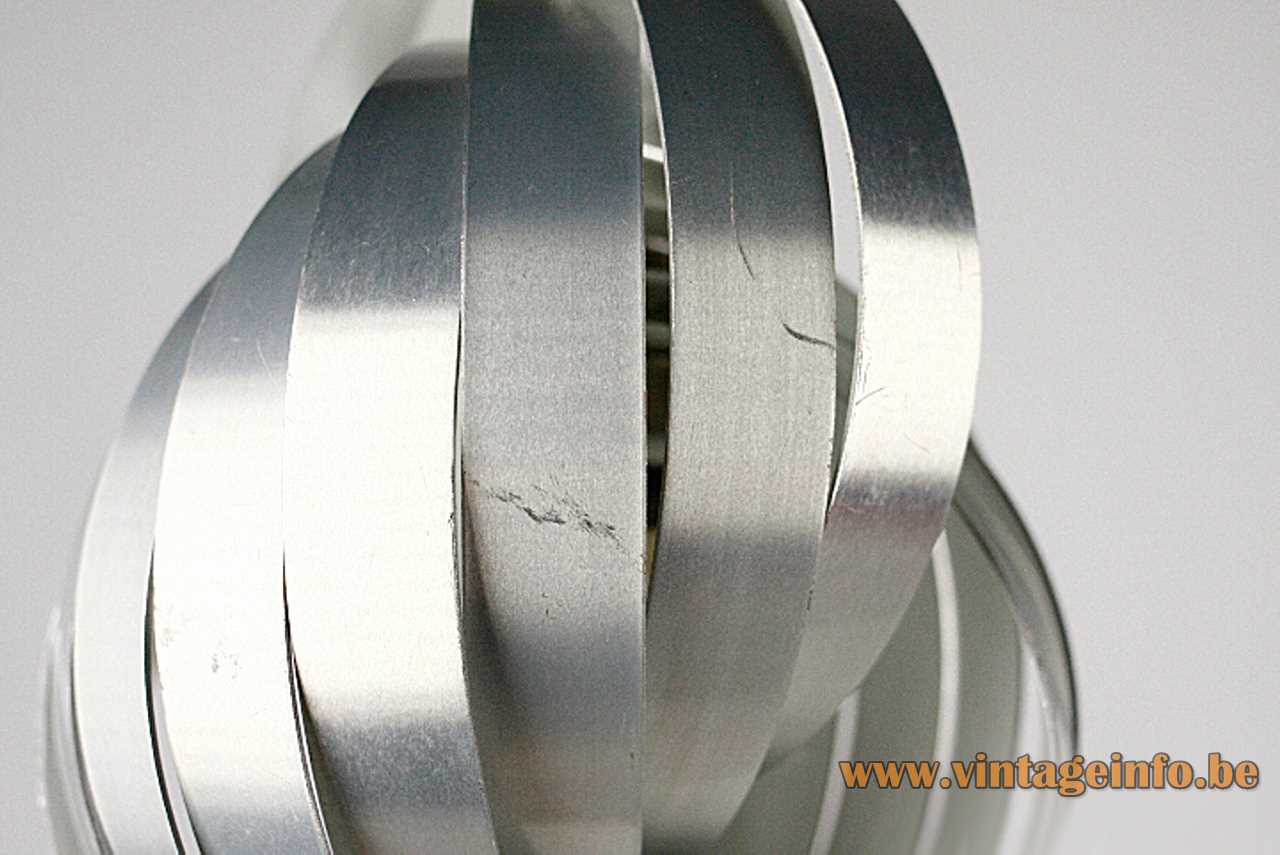 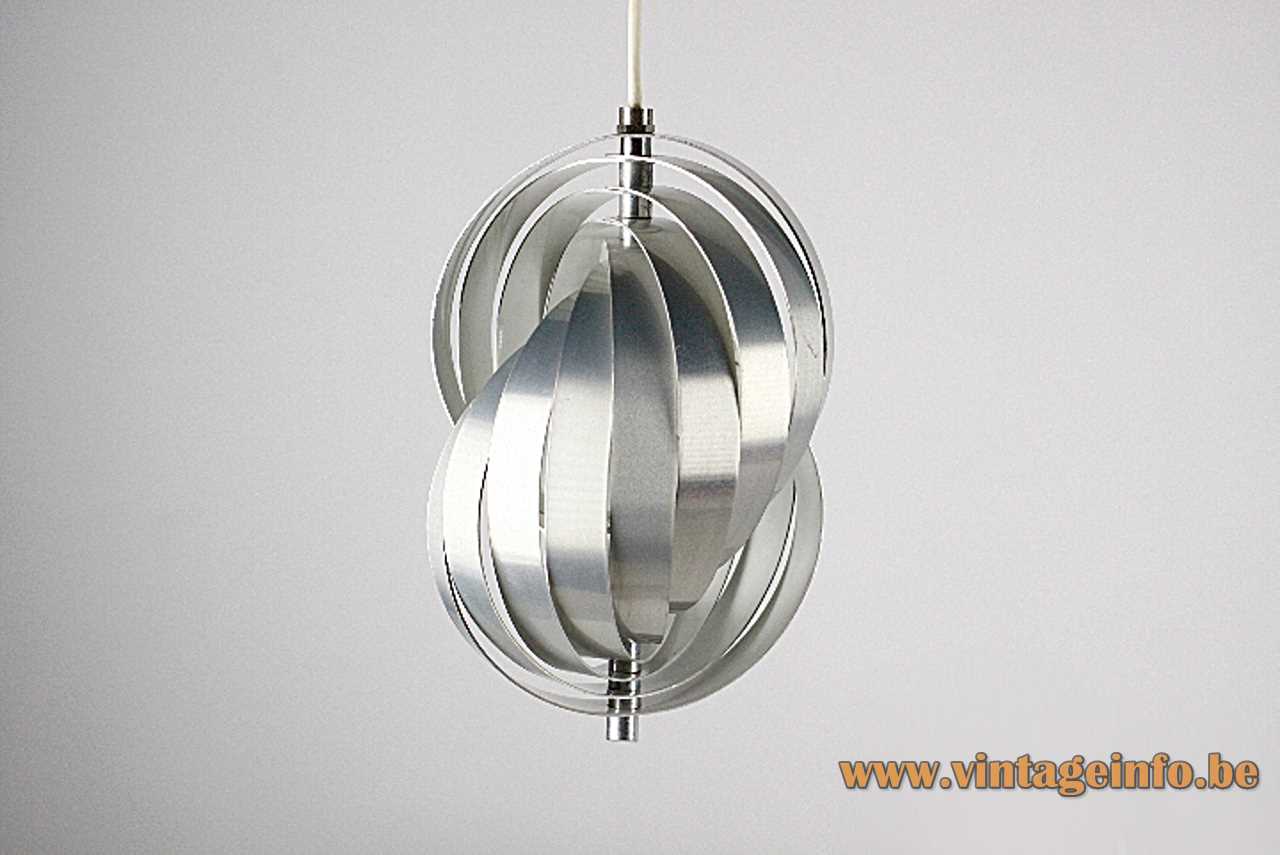 The canopy of this pendant chandelier was used for many other Lakro lamps, as you can see over here. 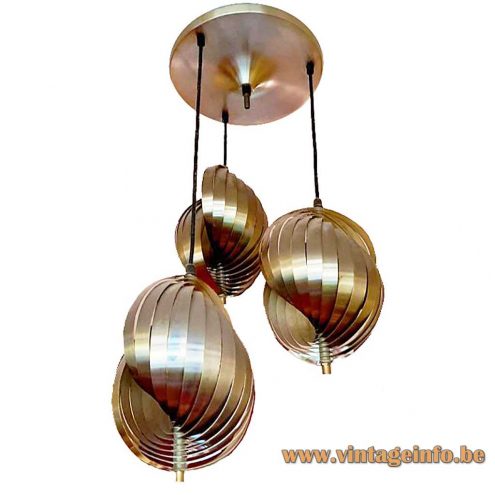 Materials: Adjustable aluminium curved slats round lampshade, painted white on the inside. Some metal and plastic parts. Metal E14 socket with a porcelain ring.

Other versions: This spiral kinetics pendant lamp exists in several variations and sizes. Also table, wall and floor lamps were made.

This pendant lamp has many similarities with the lamps designed by Henri Mathieu, but it is not. The lamps he designed never had a coating on the inside. Many companies produced similar lamps.

Both Mathieu Lustrerie and Verpan, the Verner Panton company still produce these lamps. The Kare Design table lamp was produced for many years, probably made in China.

And of course Massive from Belgium produced a several similar lamps, probably this one.

A spiral kinetics table lamp was used as a prop in the 1998 crime comedy film Lock, Stock and Two Smoking Barrels. Starring Jason Flemyng, Dexter Fletcher and Jason Statham. Many other lamps appear in this movie. 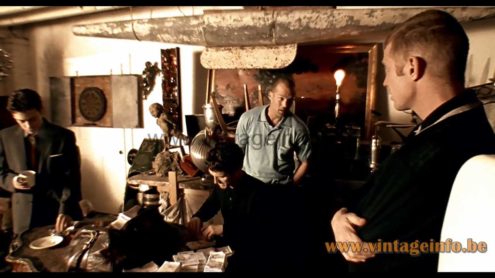