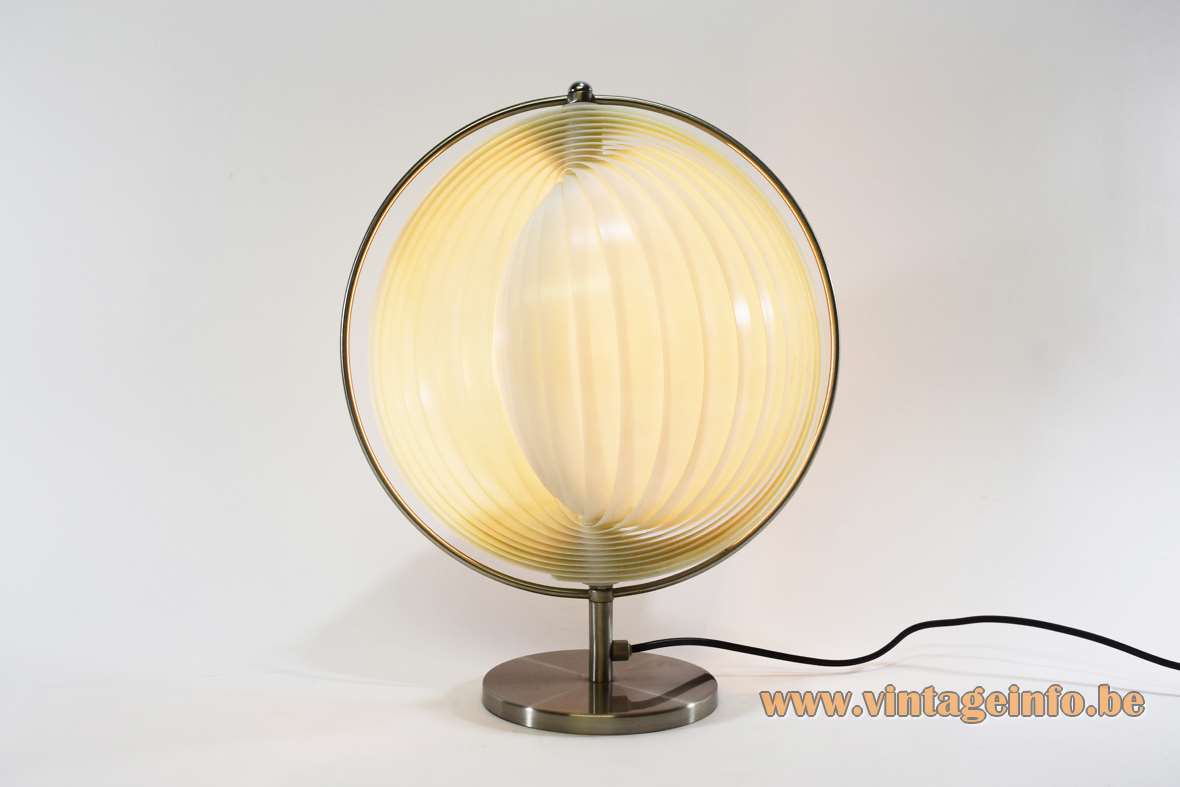 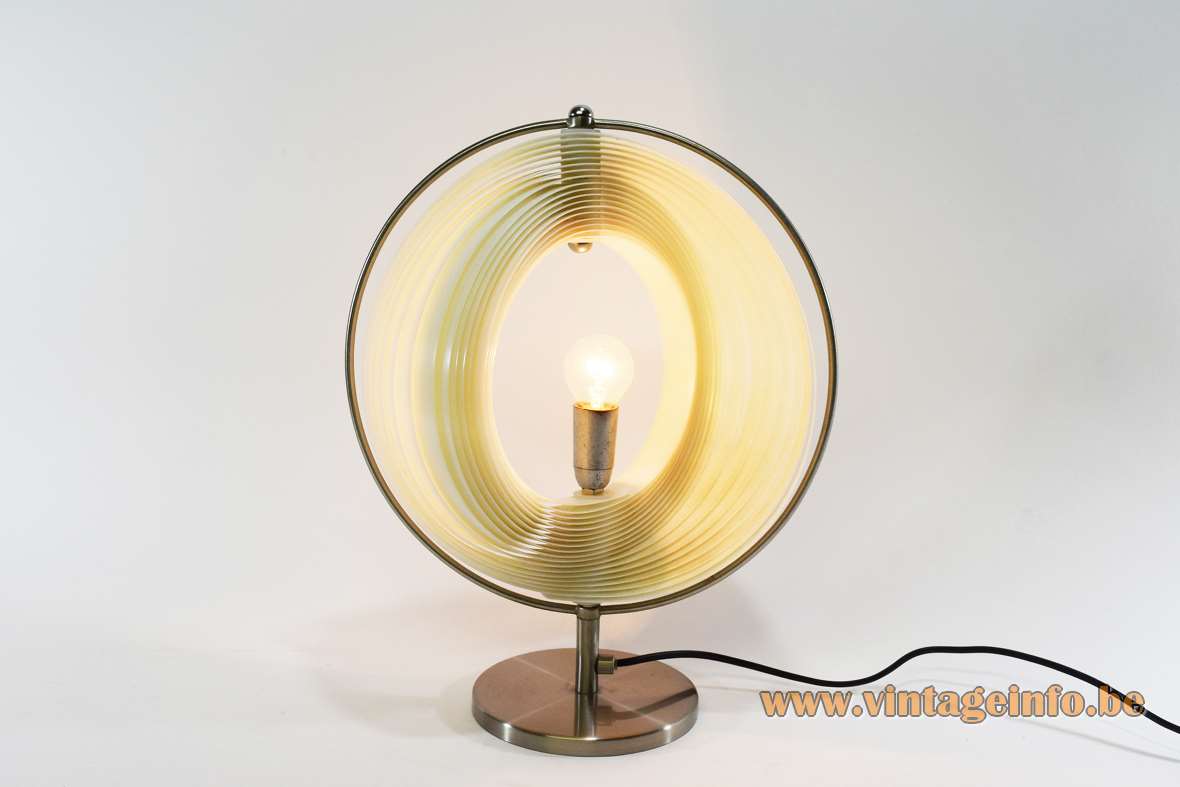 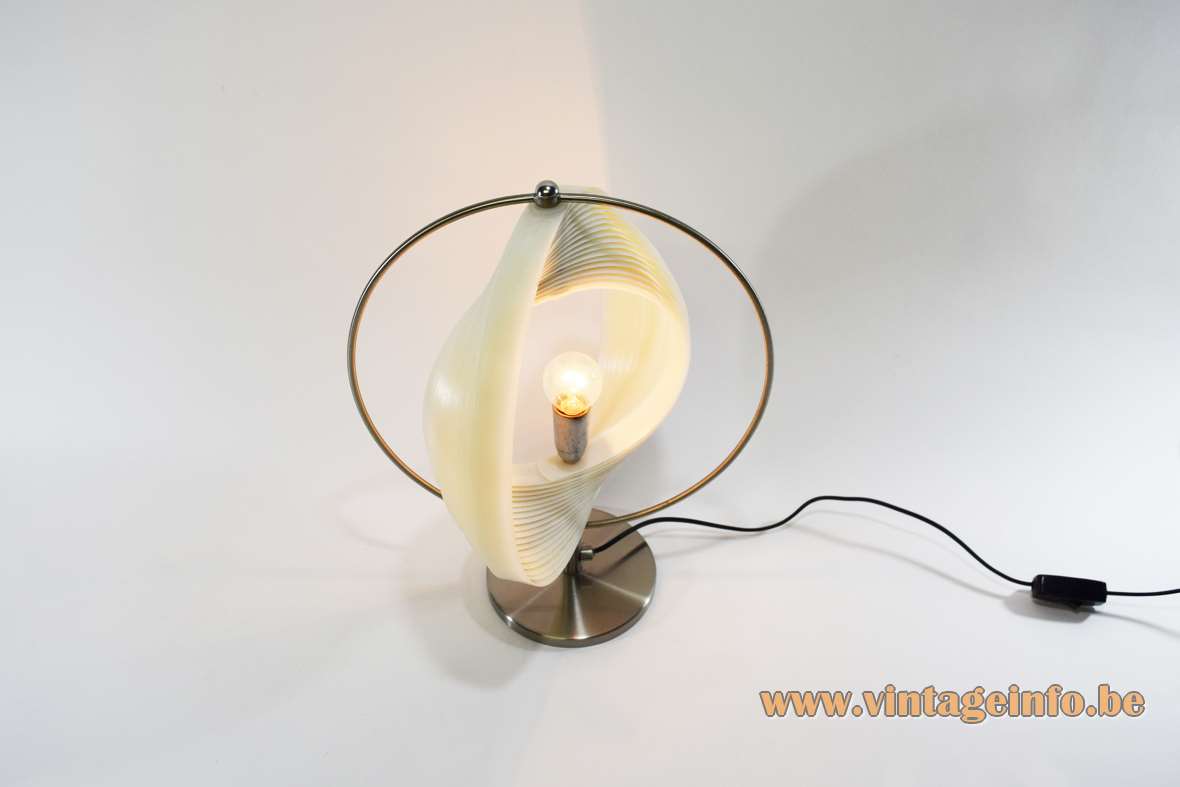 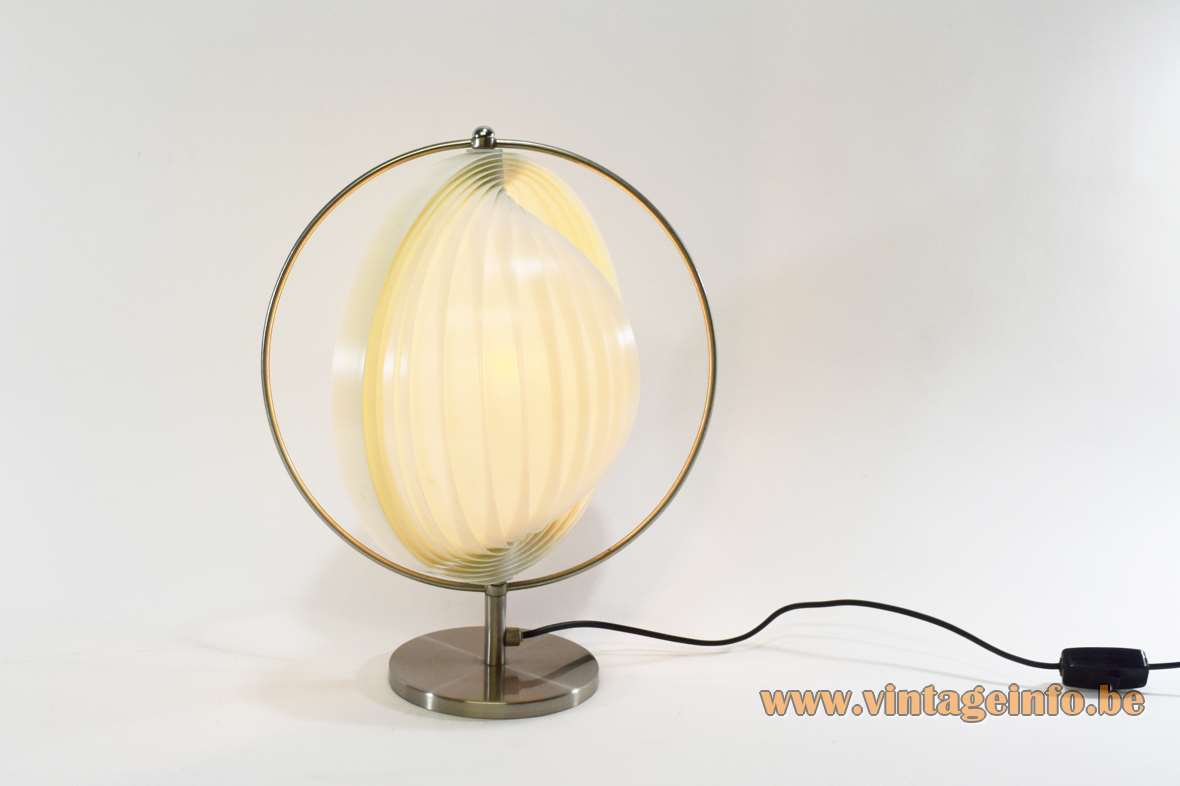 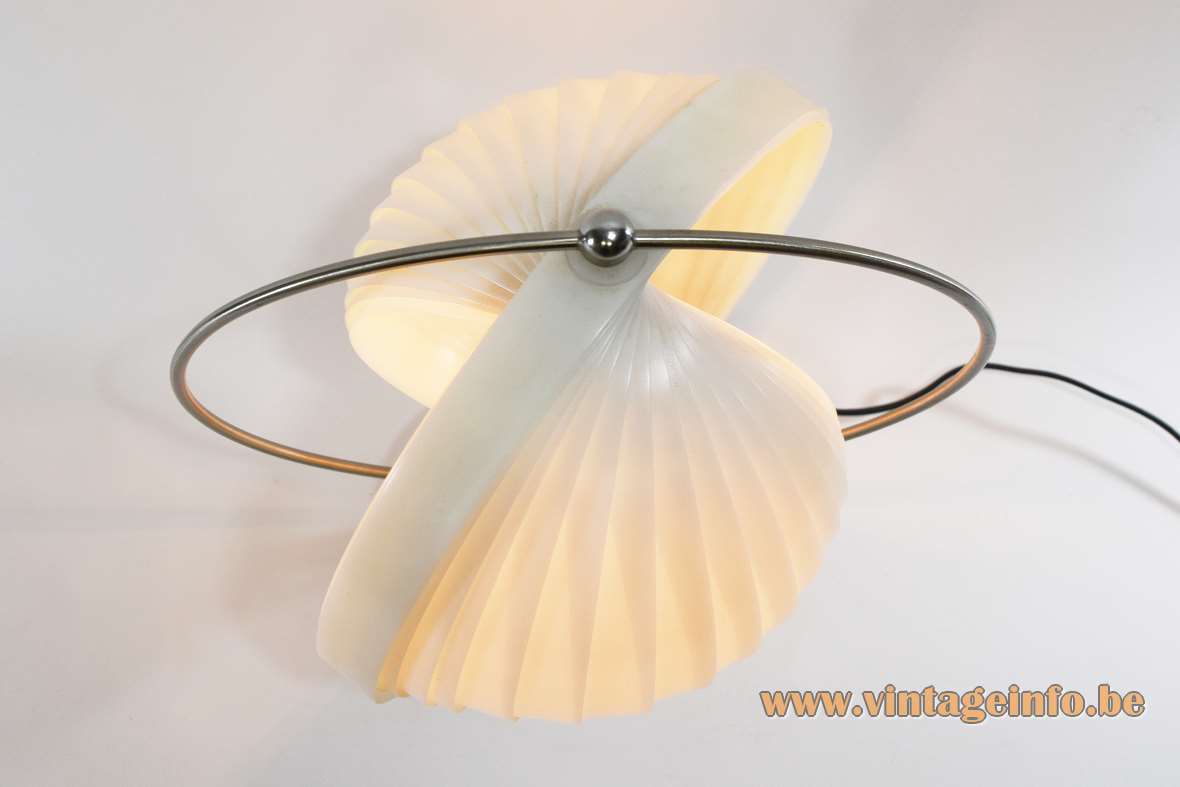 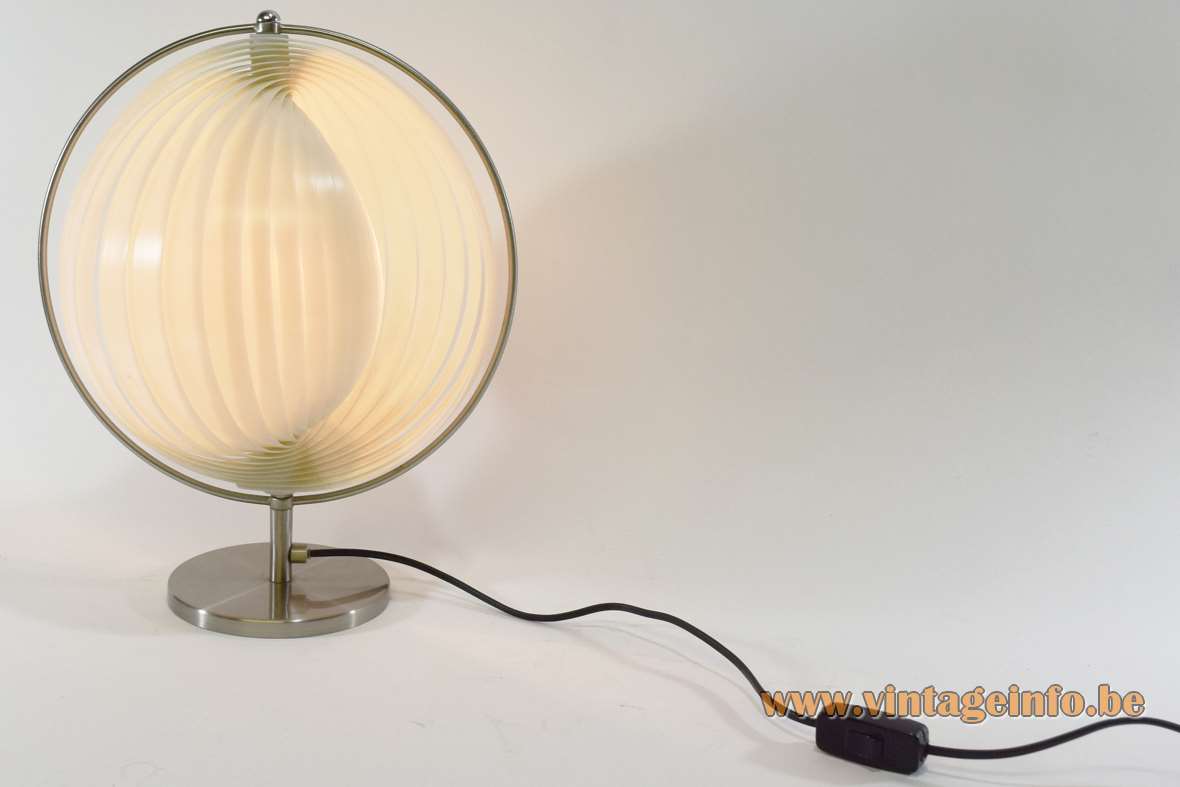 A 1980s Lamella Moon table lamp, or a very similar one, was used as a prop in the French dramatic comedy film Deux Moi (Someone, Somewhere) from 2019. Starring François Civil, Ana Girardot and Camille Cottin. 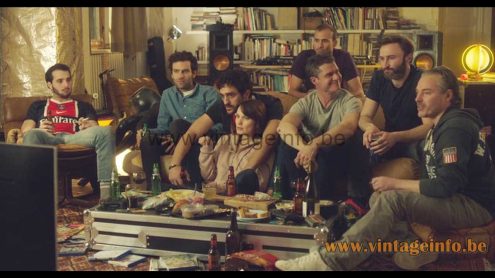 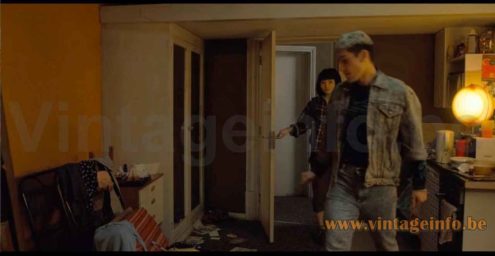 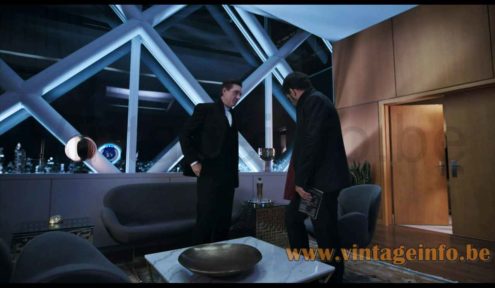 Other versions: This 1980s Lamella Moon table lamp was and is made by many companies. Today’s editions of this table lamp are most of all made in China and are sold under many names. There is no label present on this one, unfortunately. The electrical components suggest that it is a lamp made in between the late 70s and early 80s.

This 1980s Lamella Moon table lamp is a copy of the Moon pendant lamp designed by Verner Panton (1926-1989) in 1960. Verpan never produced a table lamp. However, French designer Henri Mathieu designed a similar table lamp in the 60s, but completely made of aluminium.

Both Verpan, the Verner Panton company and Mathieu Lustrerie still produce these lamps. In 2018 the Moon pendant lamp was available in 5 versions. The biggest lamp is 150 cm / 59” wide.

The “Spirales cinétiques” lamps (spiral kinetics) by Henri Mathieu are available in several versions, all in aluminium.

The design of these lamps by Henri Mathieu was inspired by the design of galvanised sheet metal chimney caps, according to his sons Régis website.

Lamps in The Expanse TV series