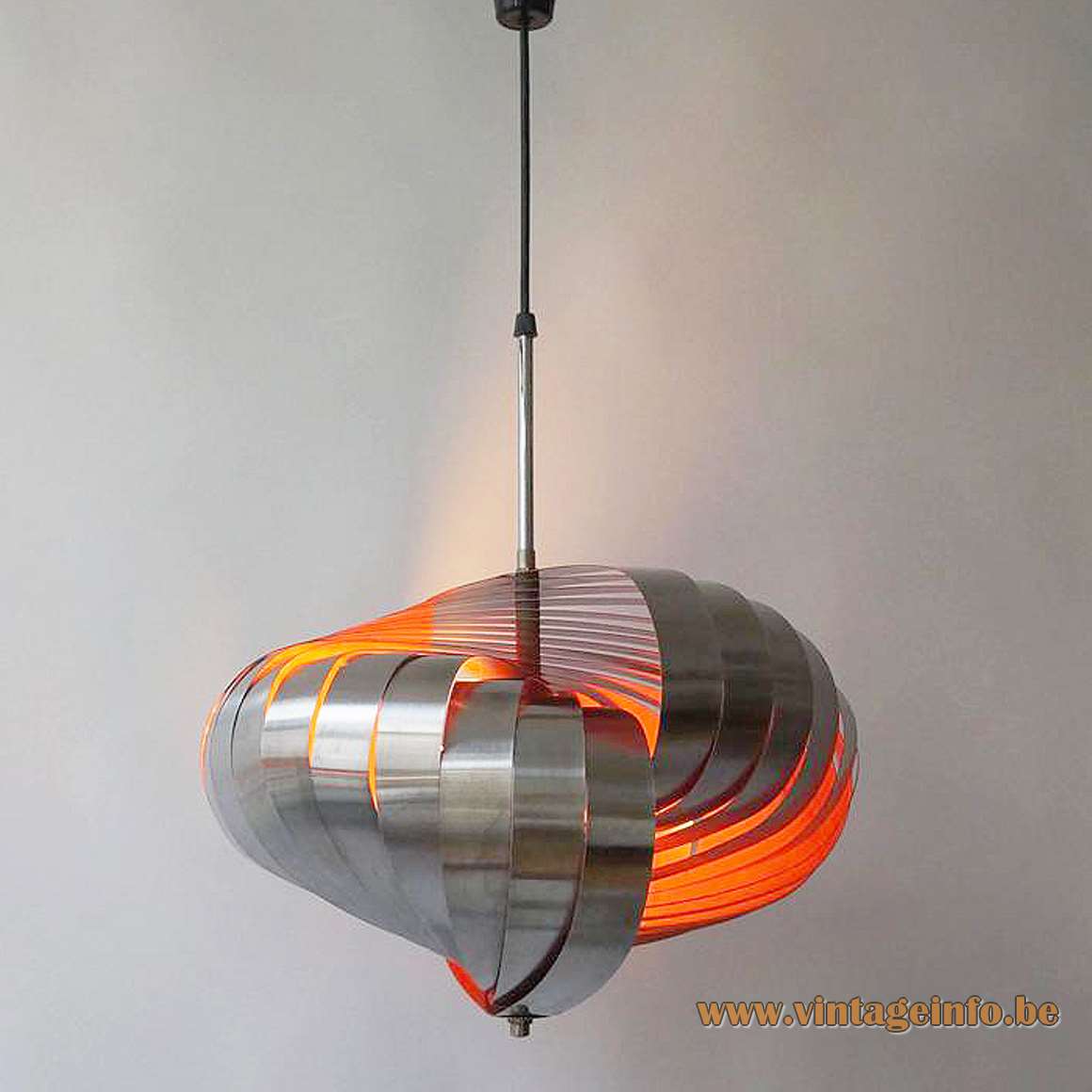 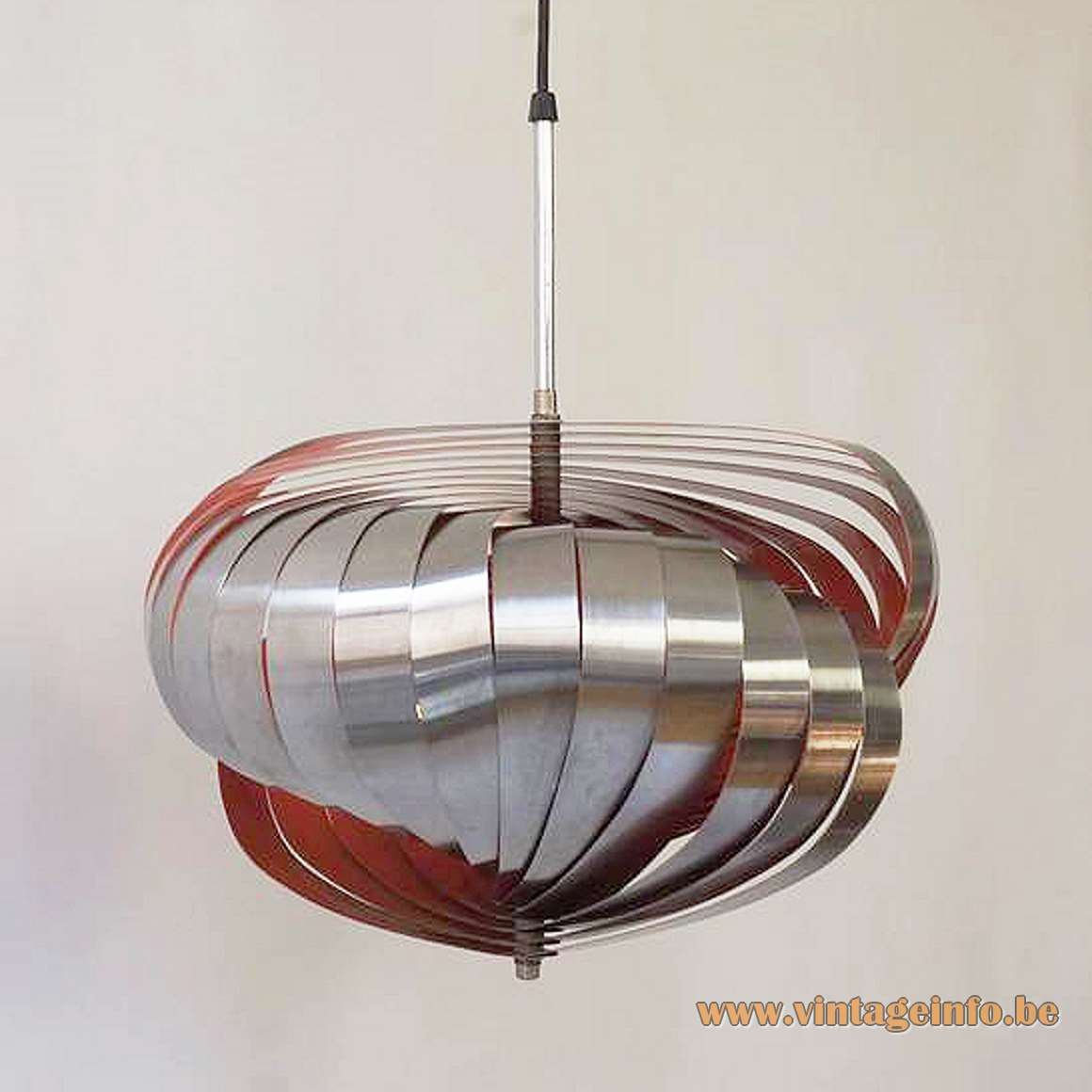 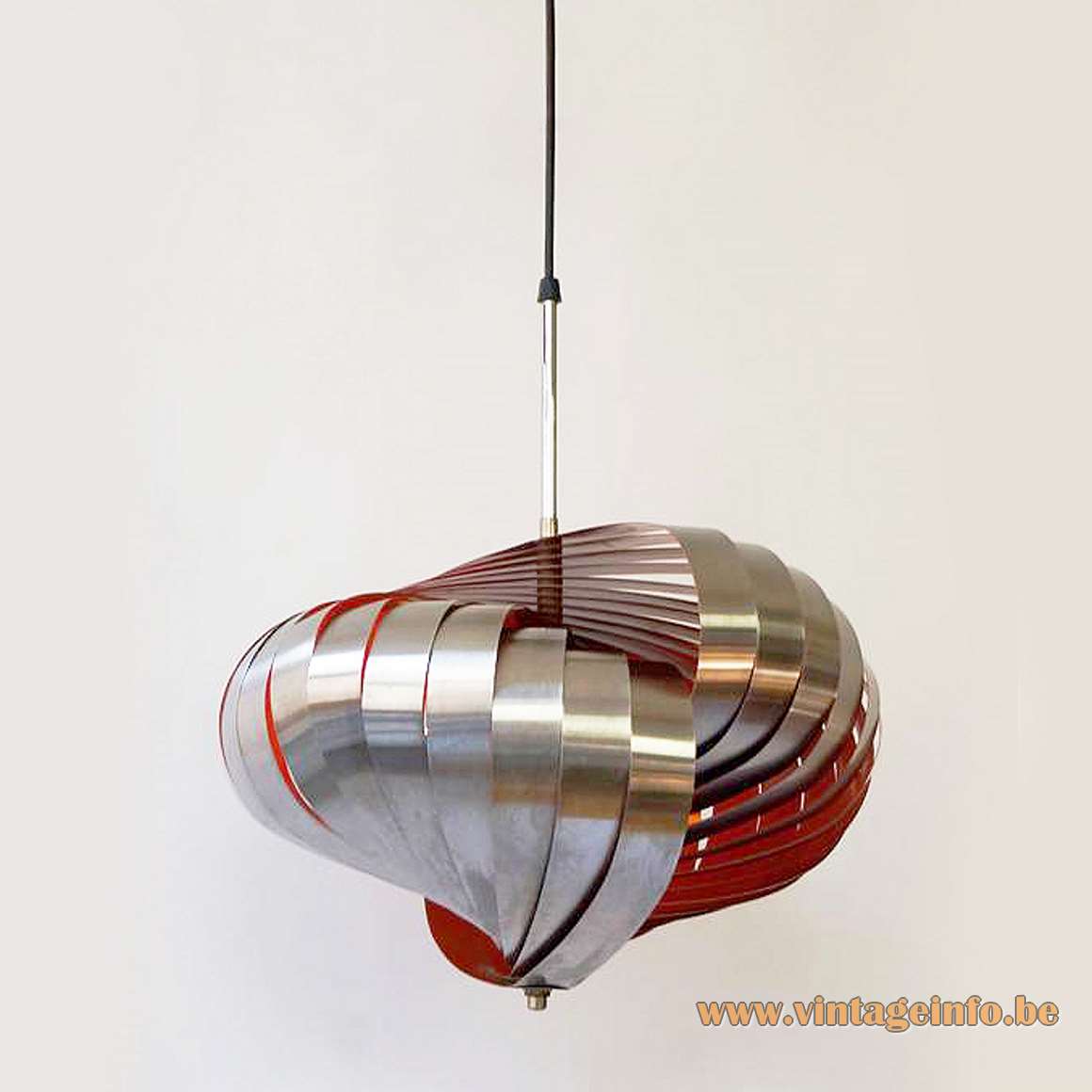 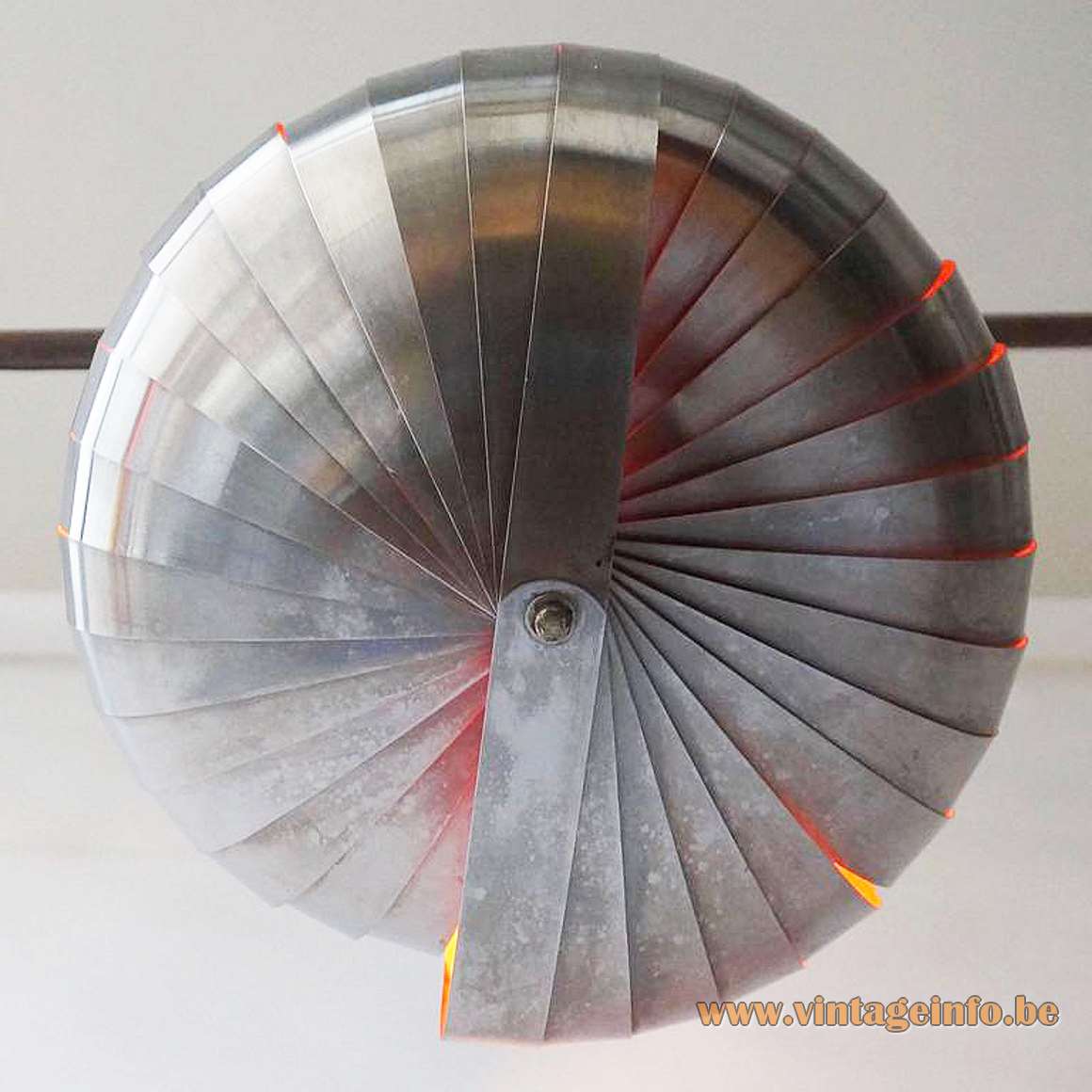 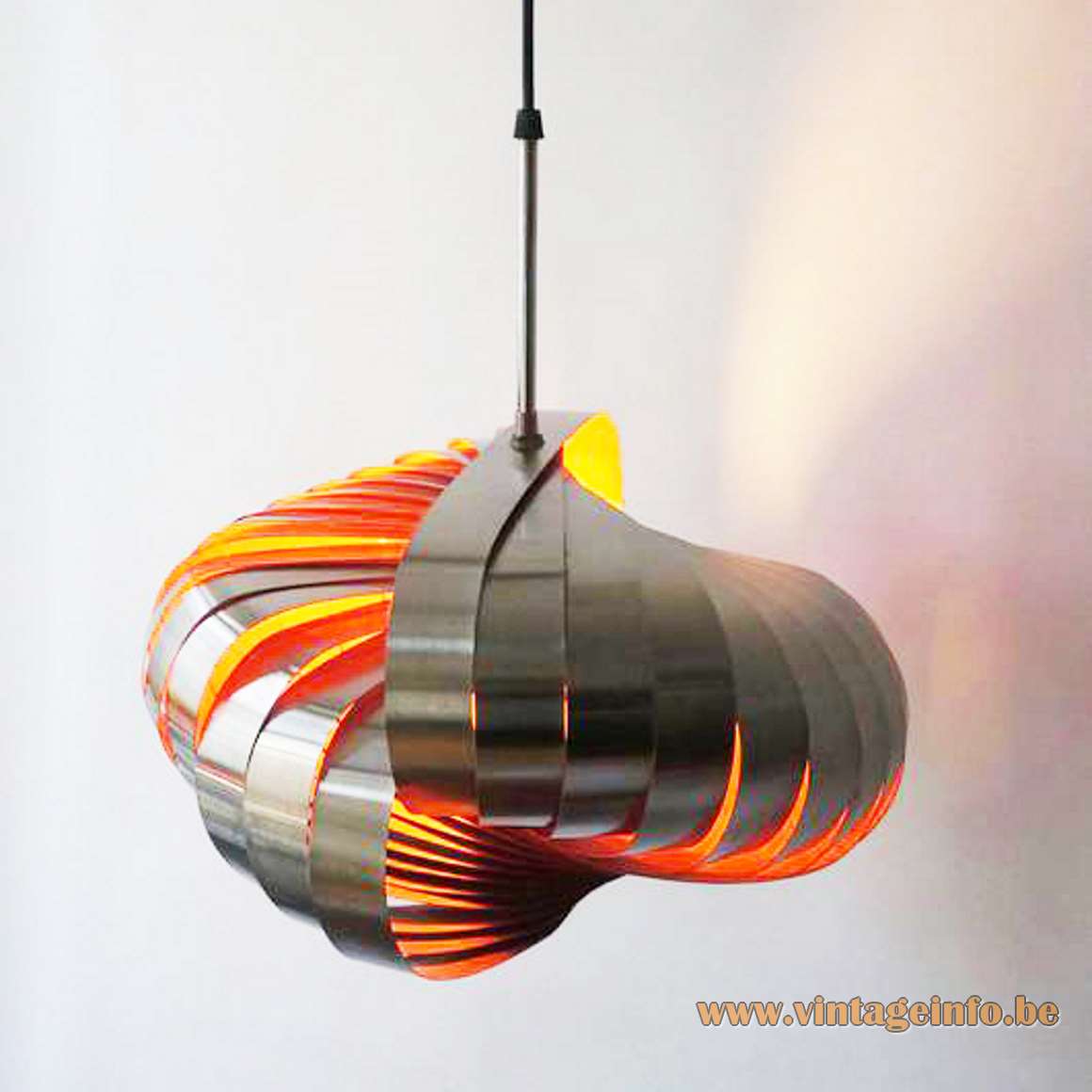 Many thanks to Frank from Flowermountain.be for the pictures and the enthusiasm. And many thanks to John for his enlightening information about these lamps.

Designer: Made after a design by Henri Mathieu.

Other versions: This Henri Mathieu Spiral Kinetics style pendant lamp exists in several variations. This one was also made with white paint on the inside.

This pendant lamp has many similarities with the lamps designed by Henri Mathieu, but it is not. The lamps he designed never had a coating on the inside. The Henri Mathieu lamps never have plastic parts on top or on the bottom. Many companies produced similar lamps.

The Massive lighting company was in origin a bronze foundry and they produced mainly candlesticks, crucifixes and chandeliers in Wilrijk near Antwerp, Belgium. The company was founded in 1926 by Pieter-Jozef De Jaeck. His son Eddy De Jaeck was responsible for the huge expansion of the company in the 1970s. But it were his sons, Piet and Jan De Jaeck who made Massive a true multinational. Thus, they moved production to Eastern Europe and China.

Both Mathieu Lustrerie and Verpan, the Verner Panton company still produce these lamps. 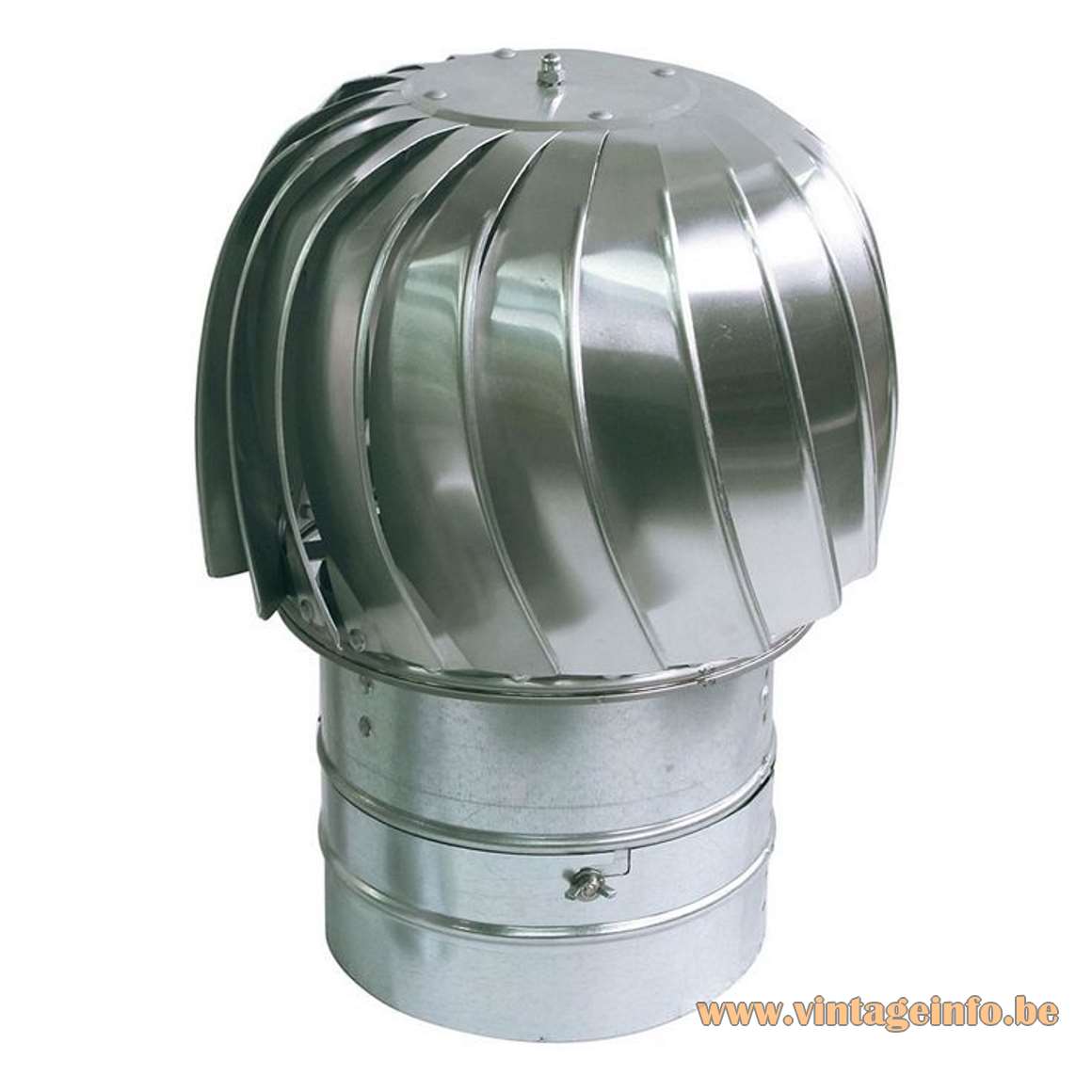