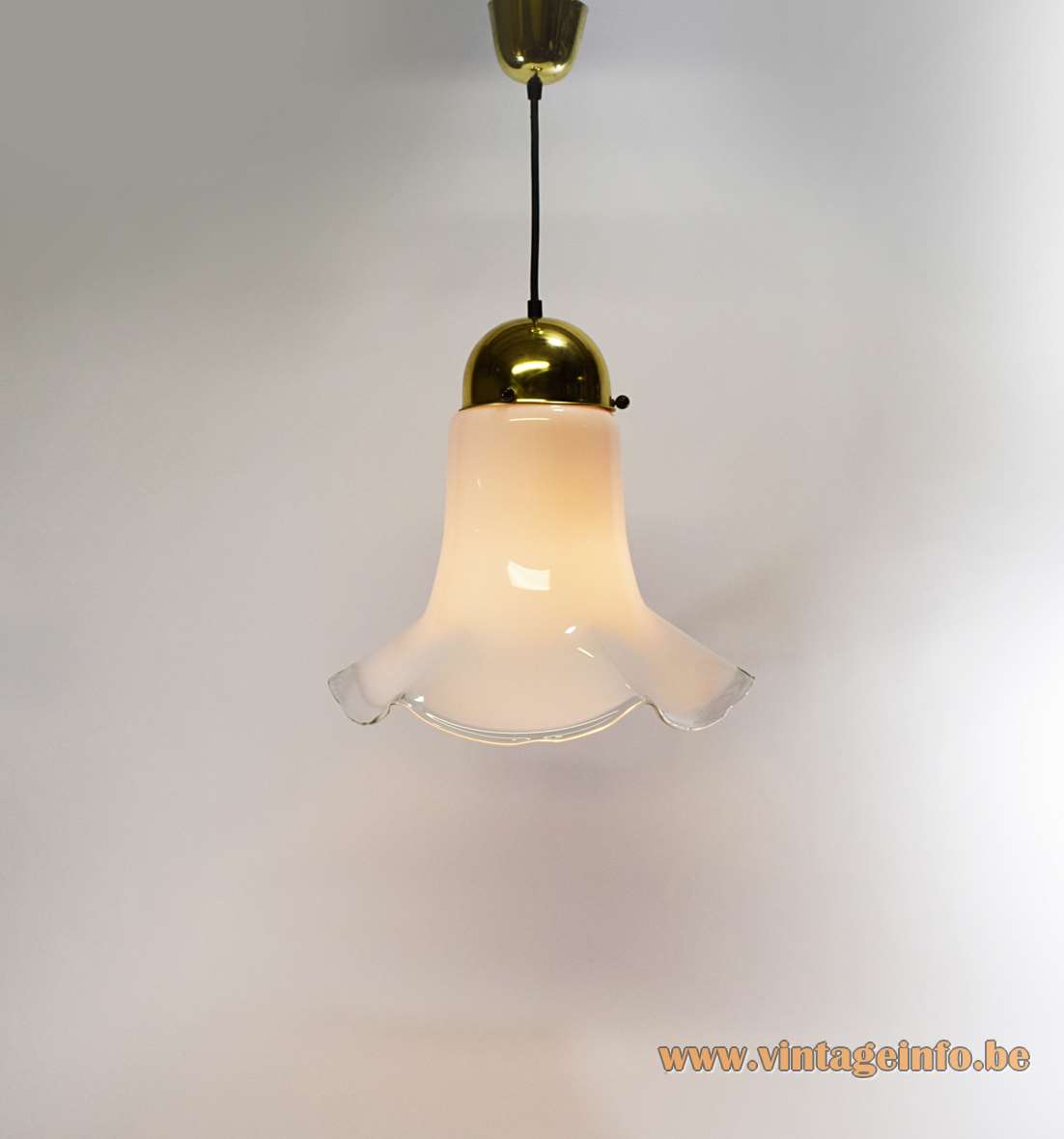 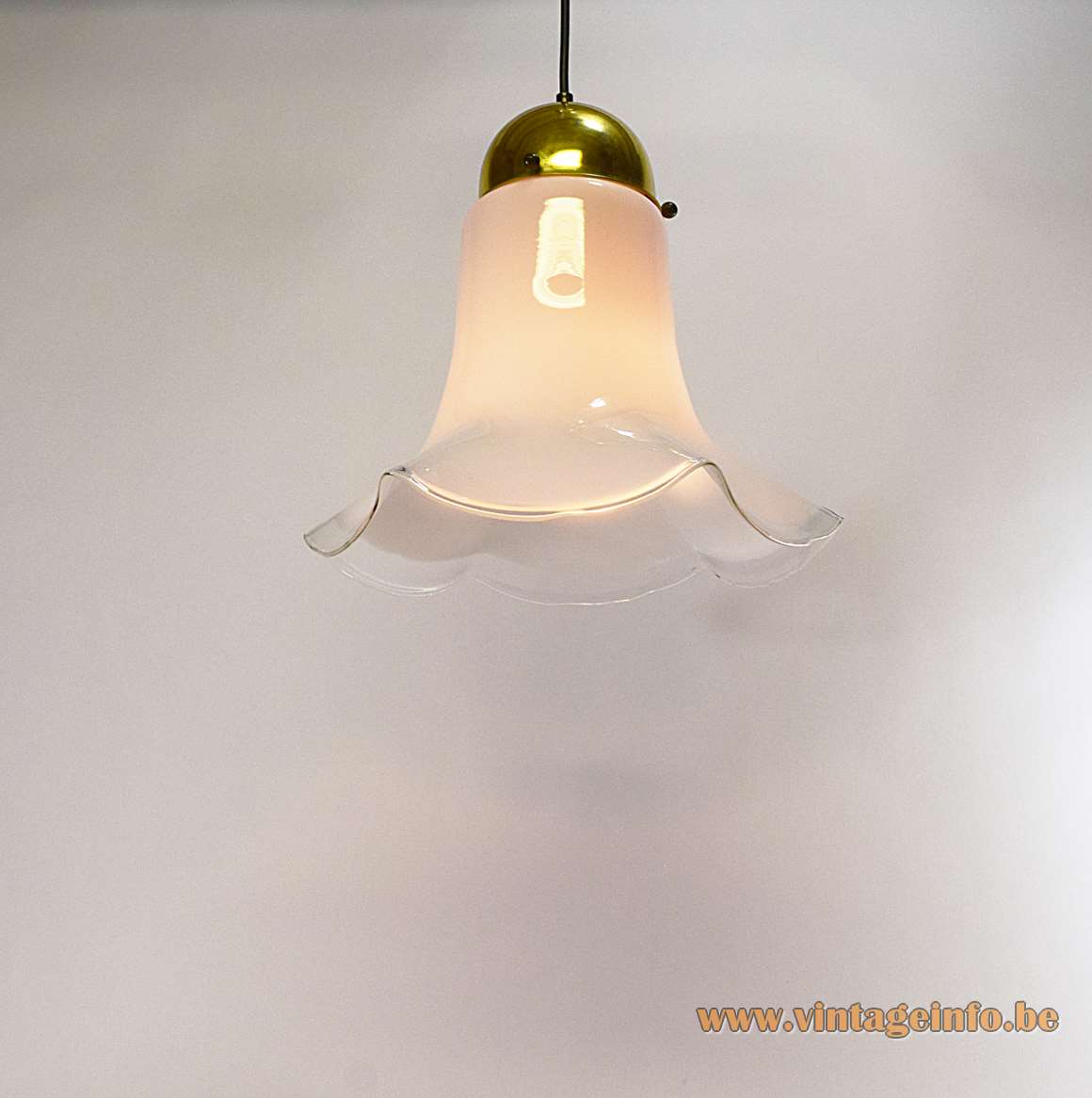 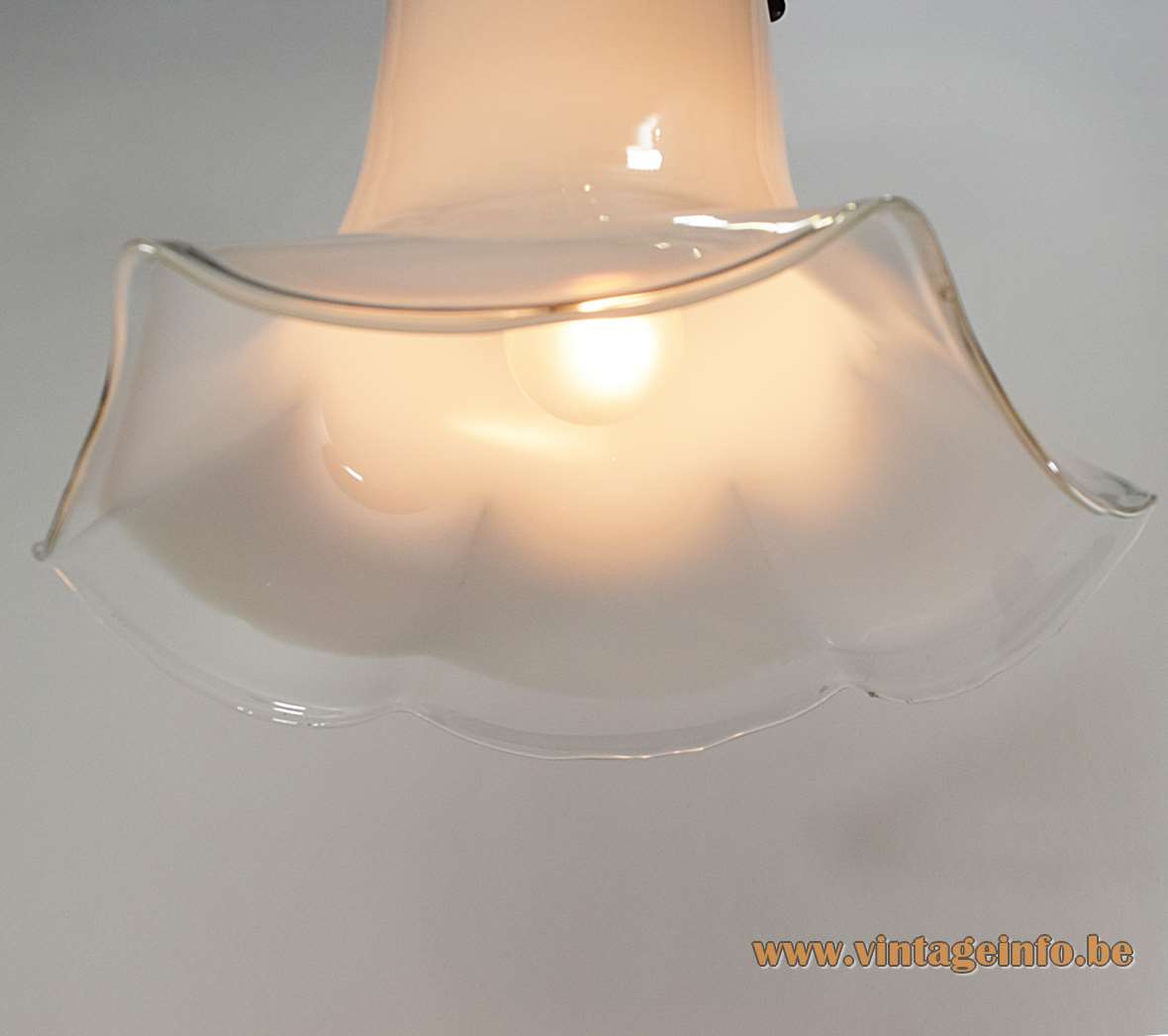 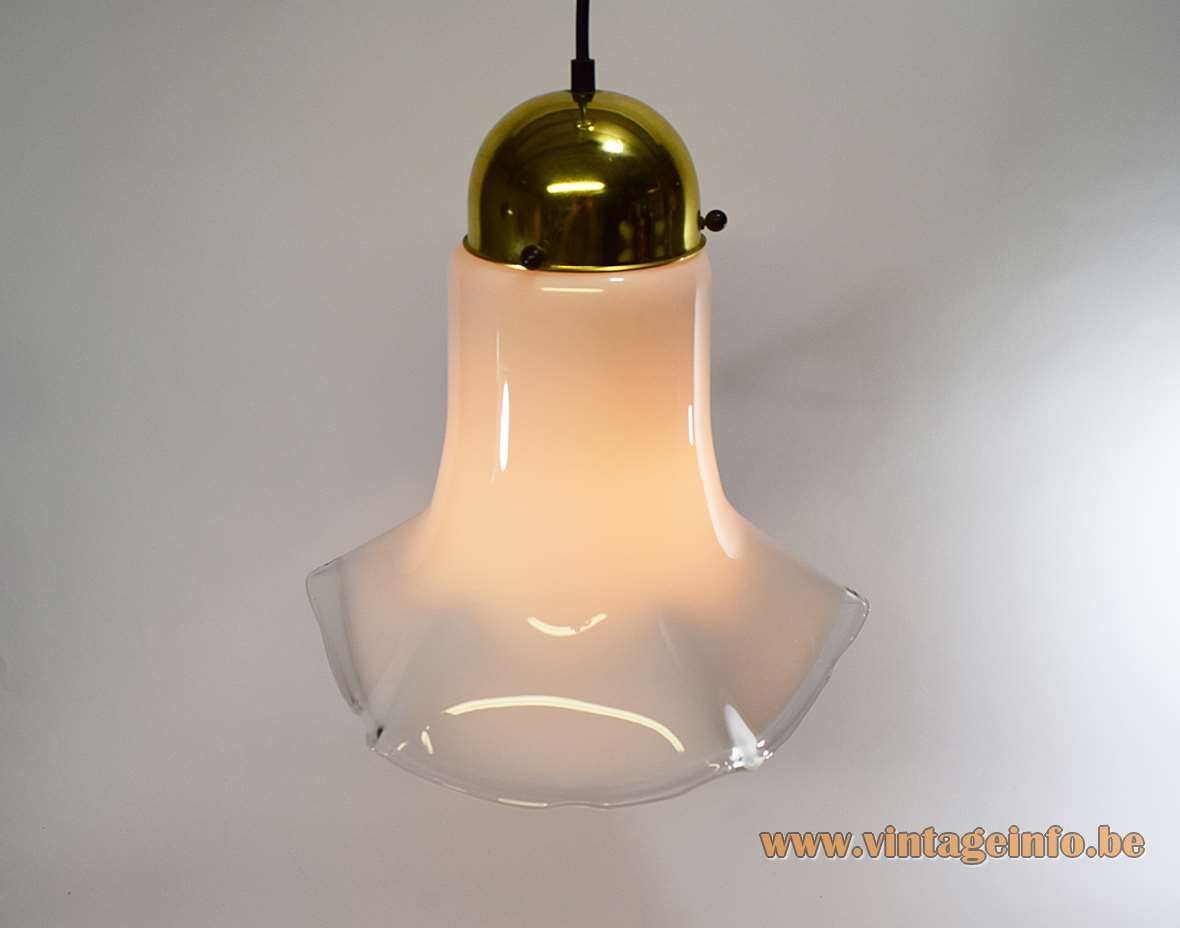 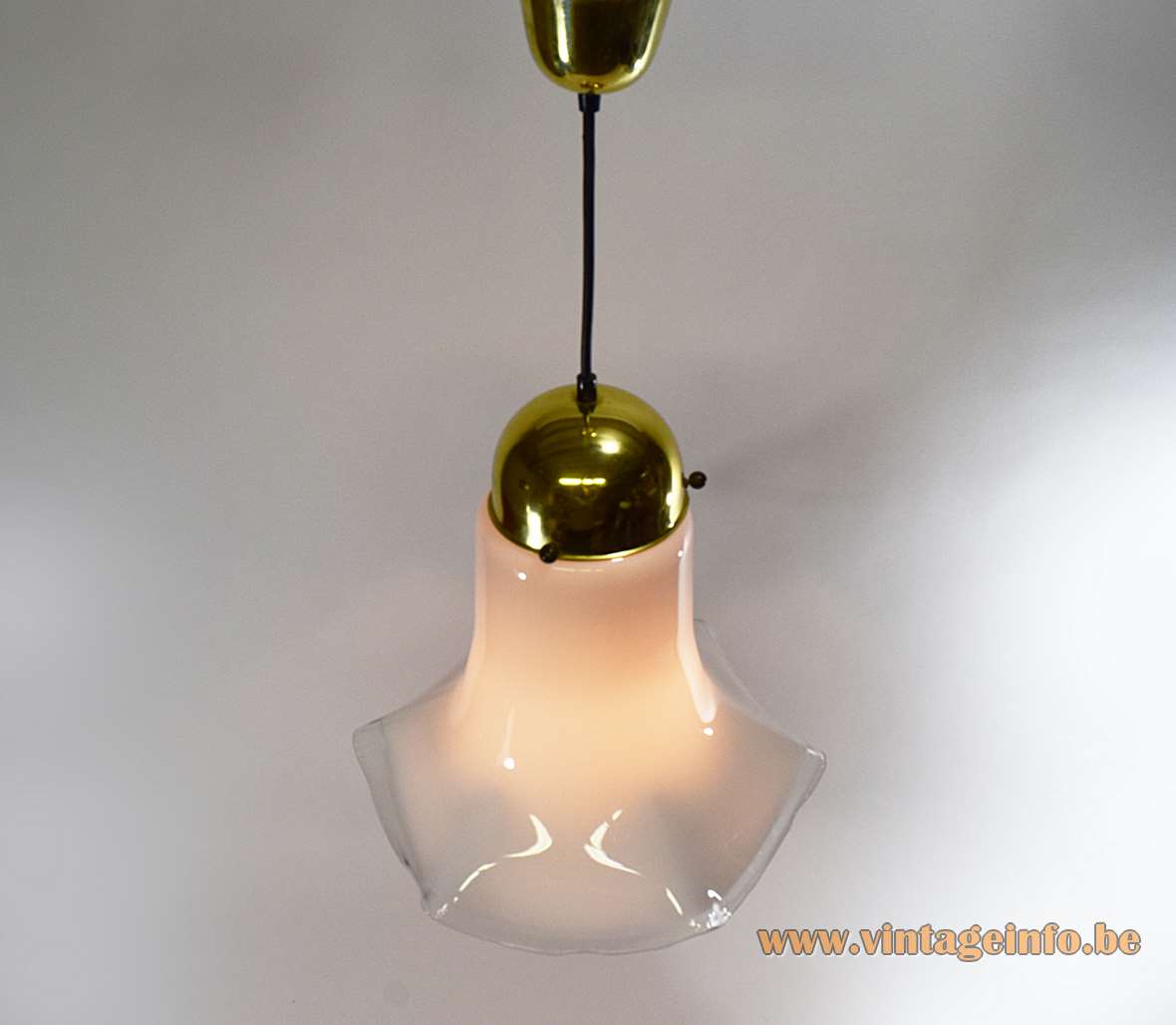 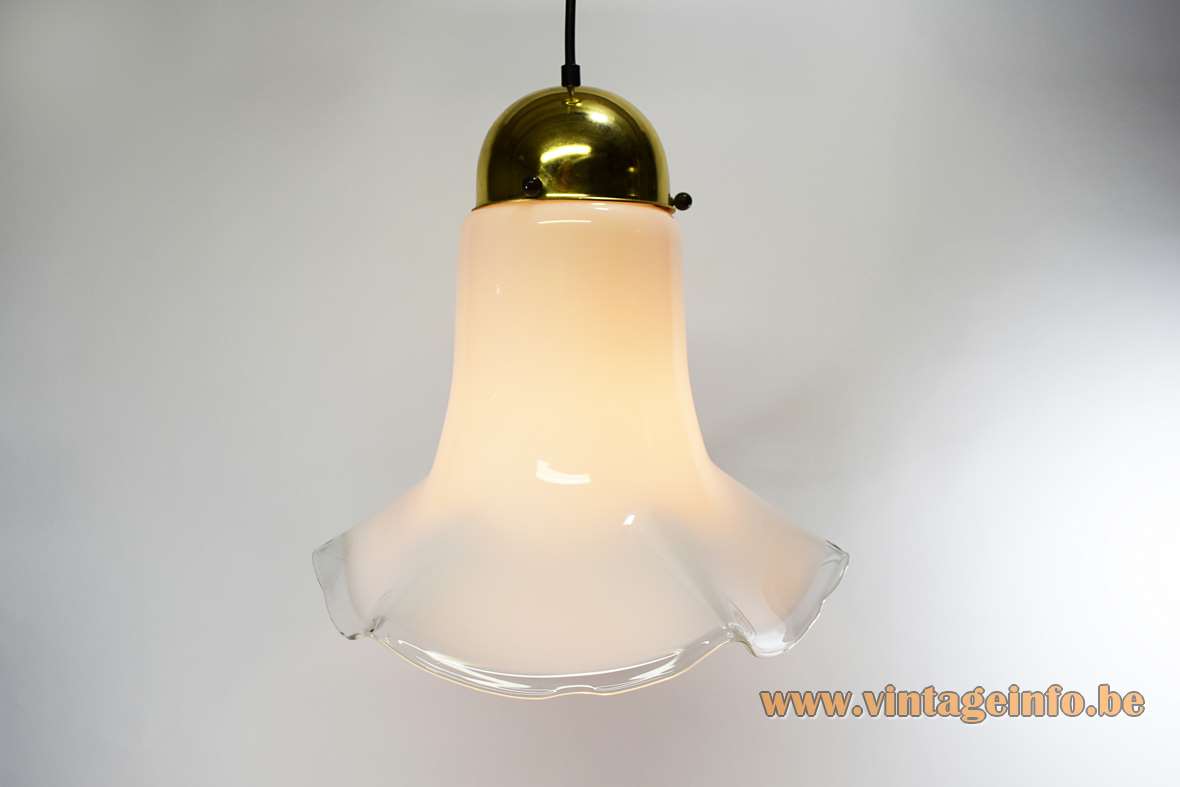 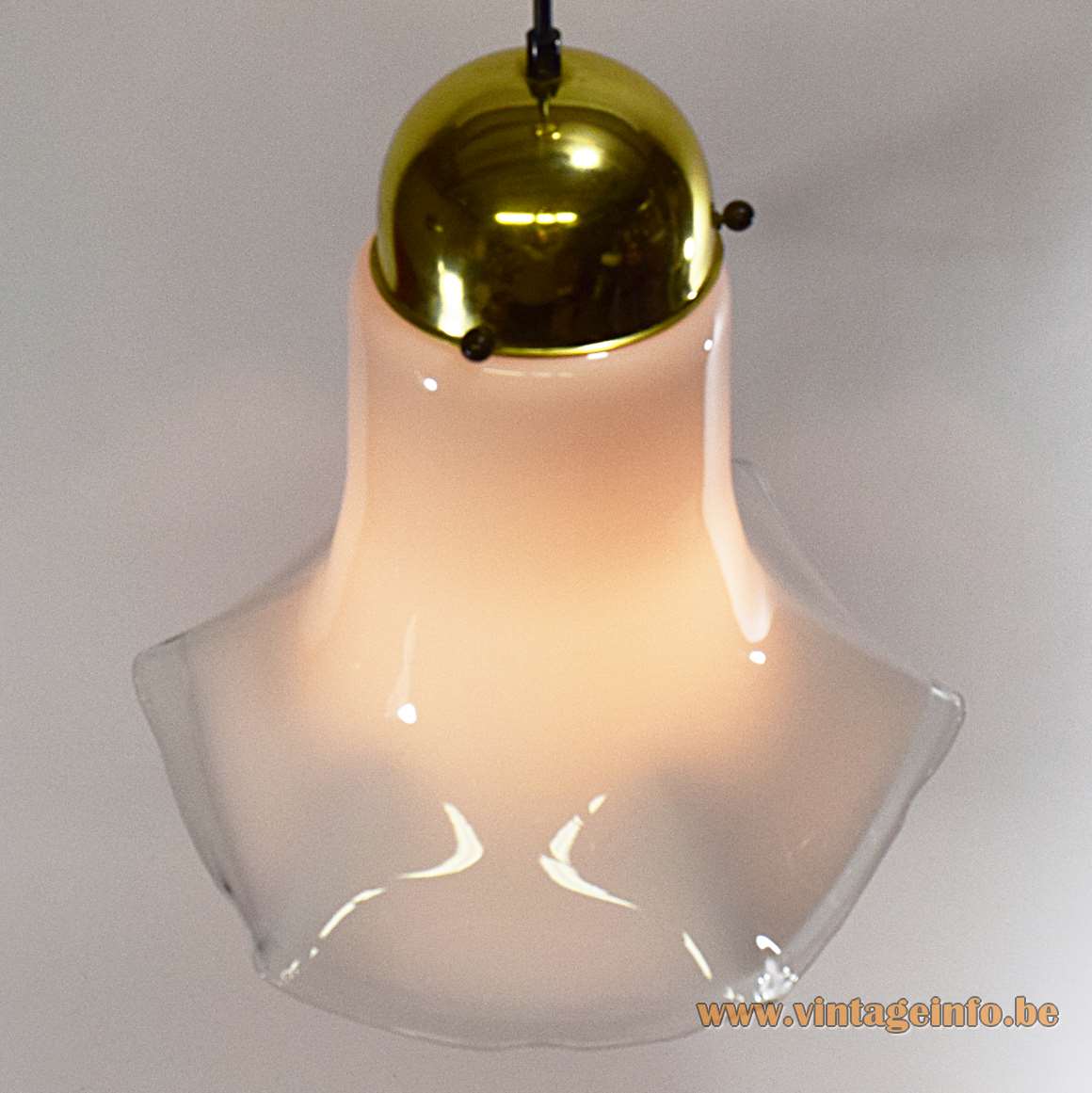 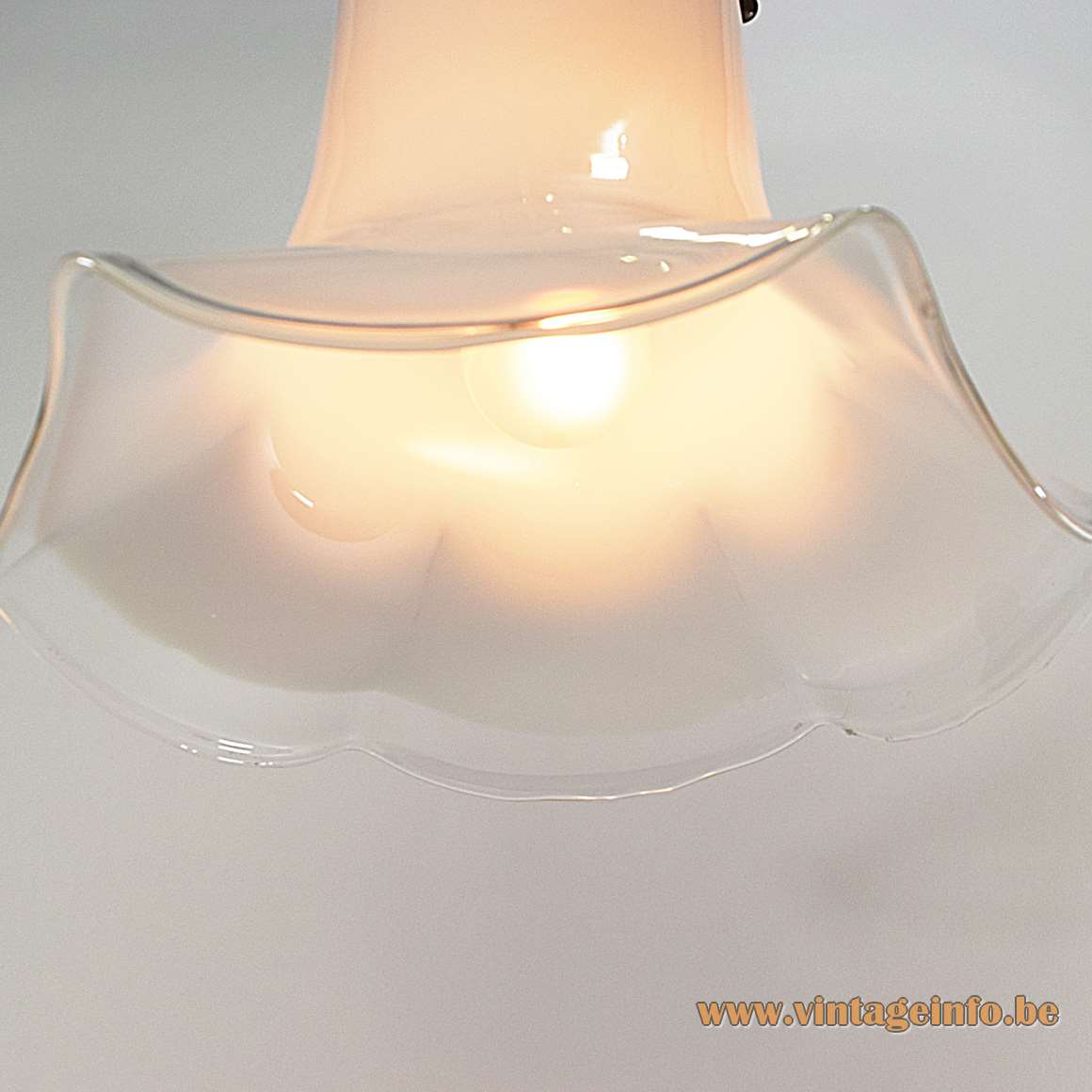 Materials: White opal and translucent clear crystal hand blown glass lampshade. Made in the form of a hanging flower such as a petunia. Brass lampshade holder with 3 ornamental screws. Bakelite E27 socket.

Electricity: 1 bulb E27, 1 x 100 watt maximum, 110/220 volt.
Any type of light bulb can be used, not a specific one preferred. But, a white, opaque or frosted one gives the most beautiful result.

These type of lamps are often named “Fazzoletto” lamps. The Italian word for handkerchief. The Fazzoletto vase is a 1948 design by Fulvio Bianconi (1915 – 1996) for Venini. This pendant lamp has more similarities with a petticoat, a hanging flower or petunia than a handkerchief.

In the fifties 1500 people were working for the company. They also produced glass for other light companies in Europe, such as Raak, Amsterdam, The Netherlands, Disderot, France and Massive from Belgium.

Another, but striped petunia pendant lamp