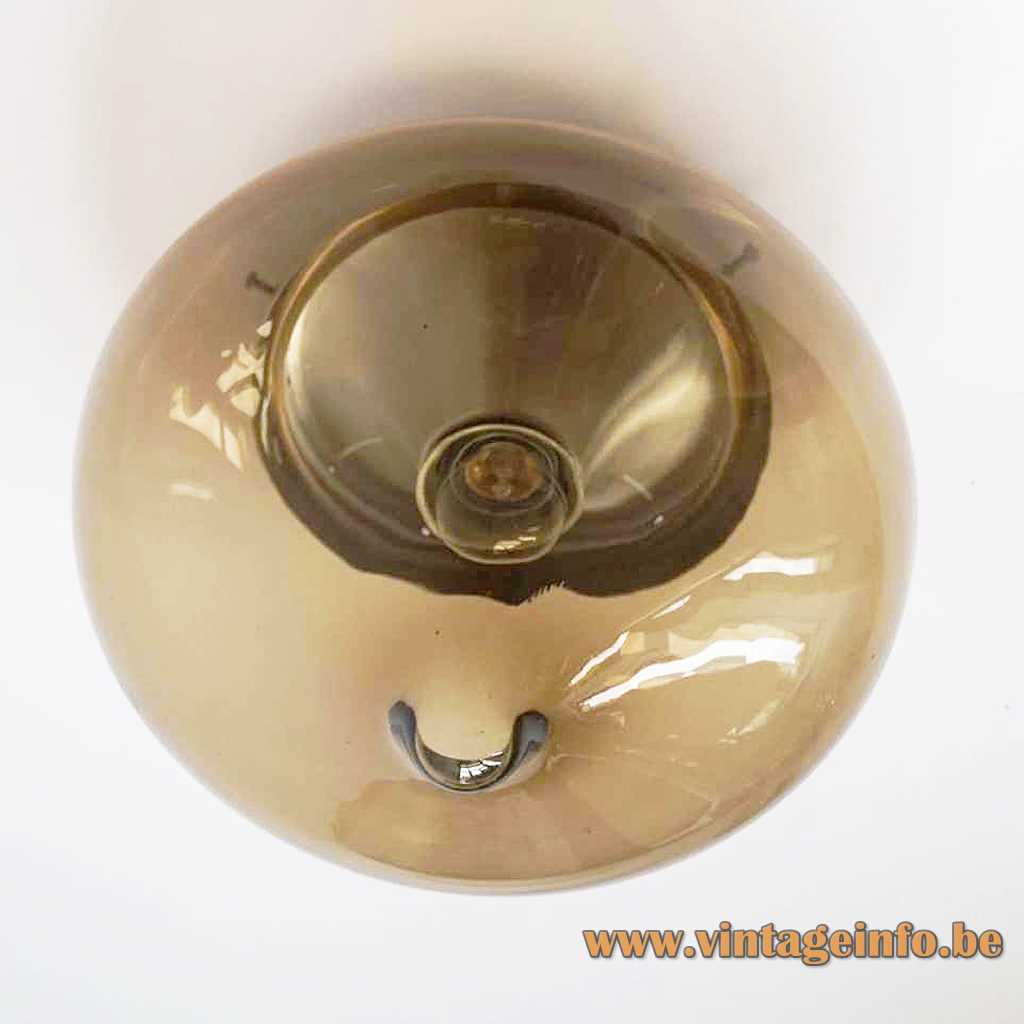 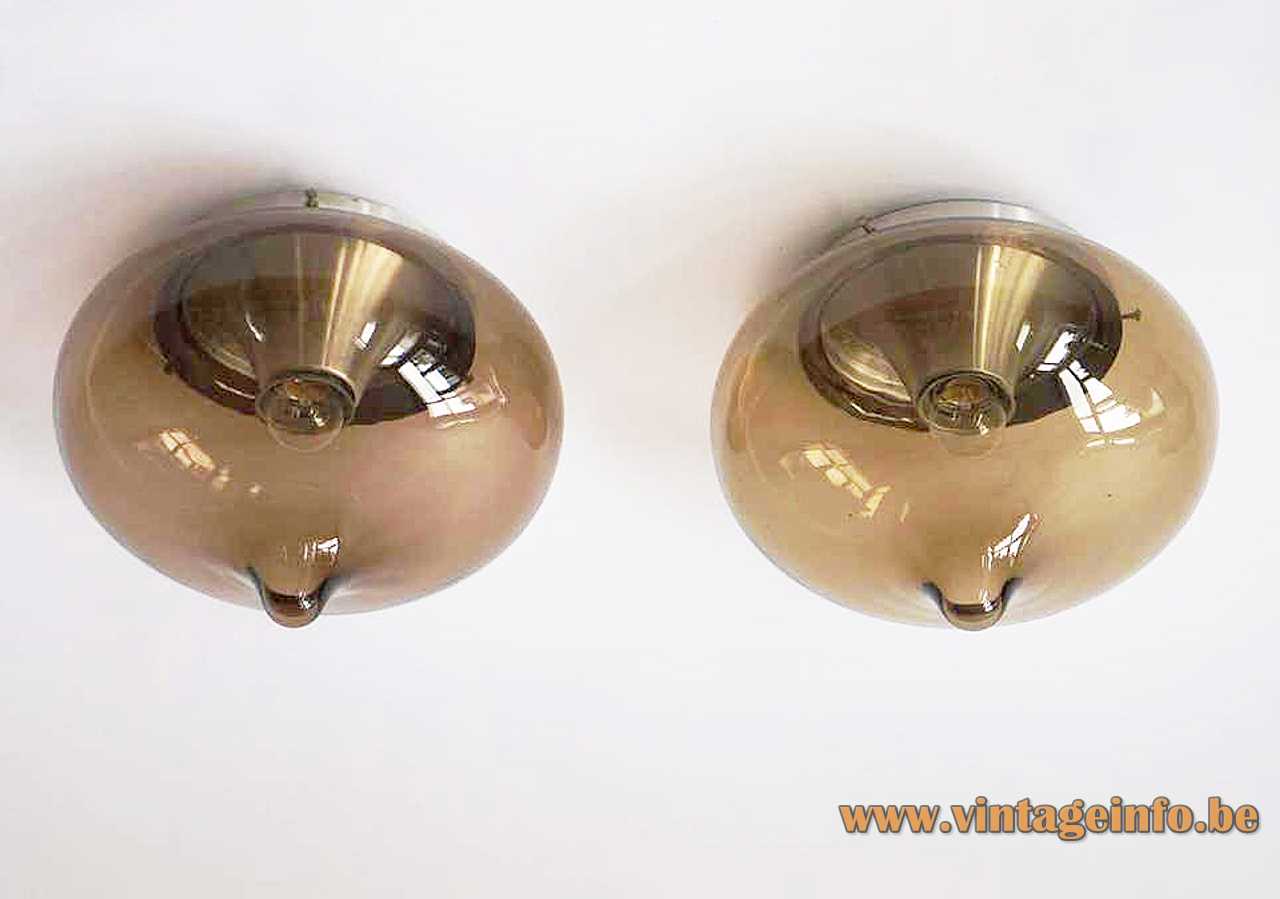 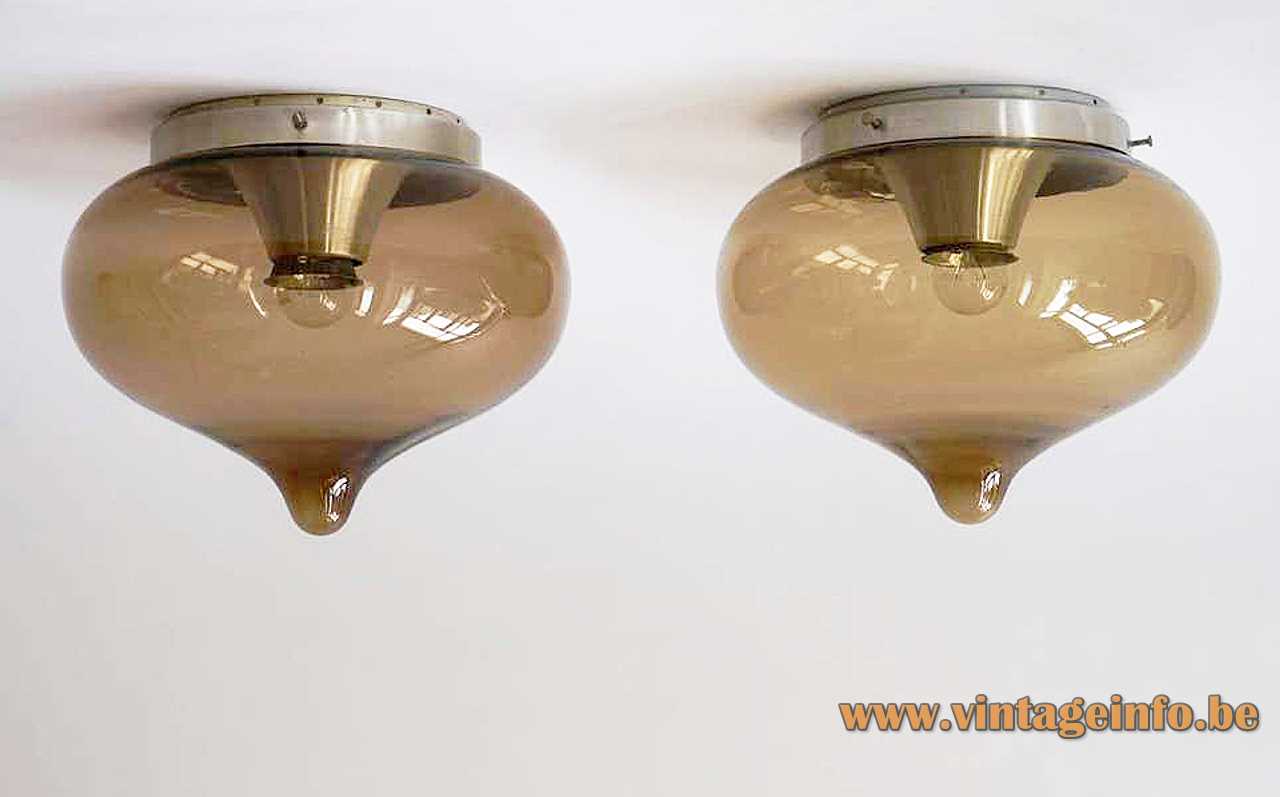 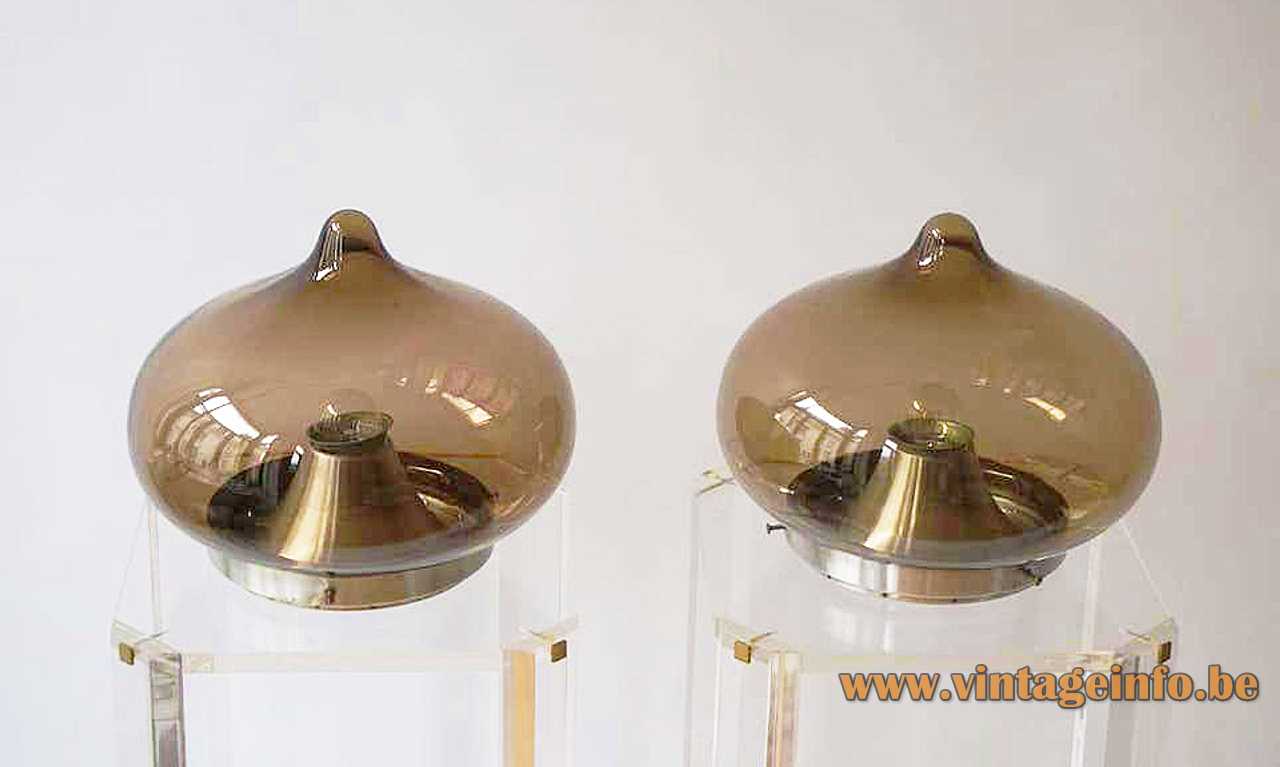 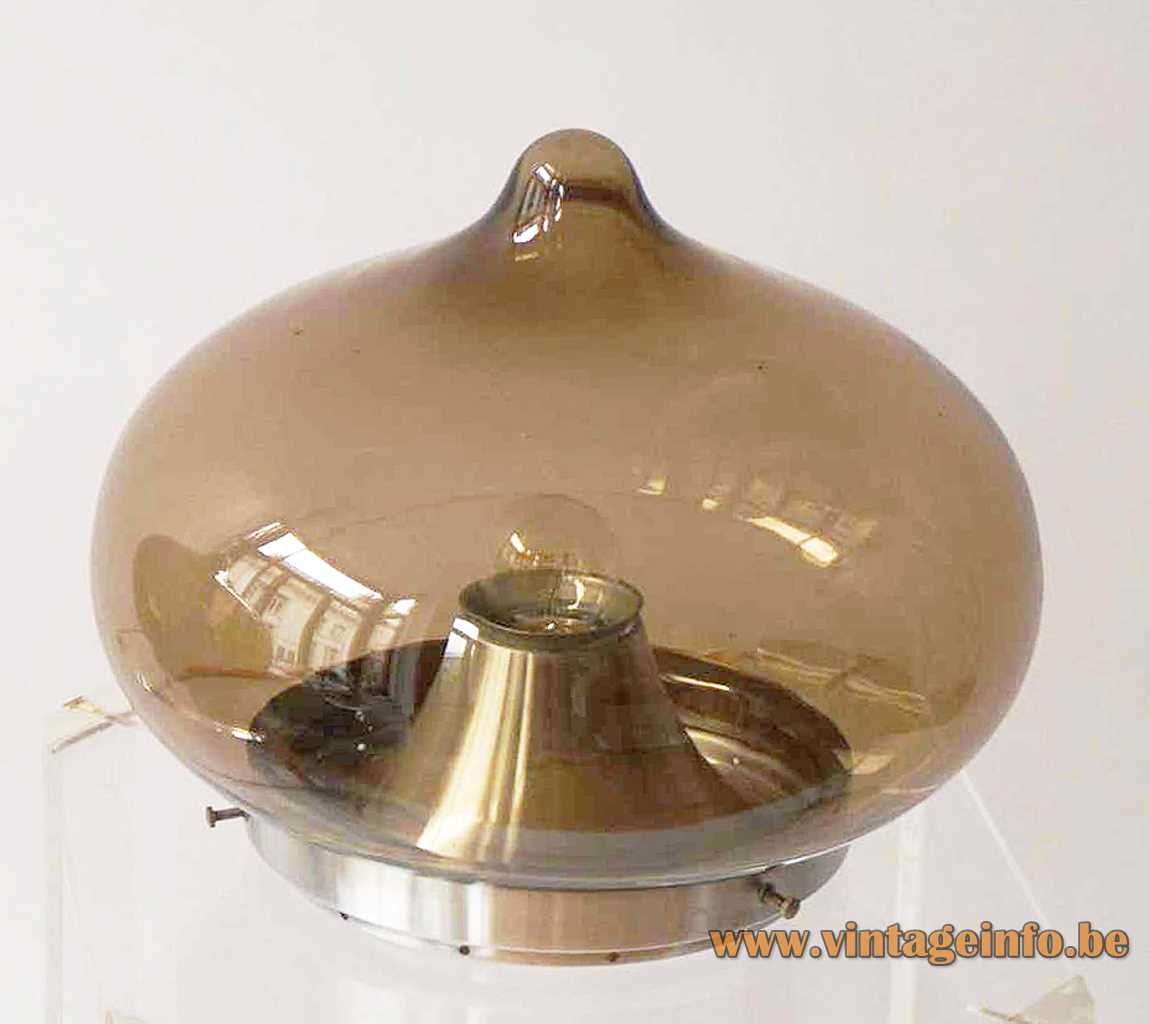 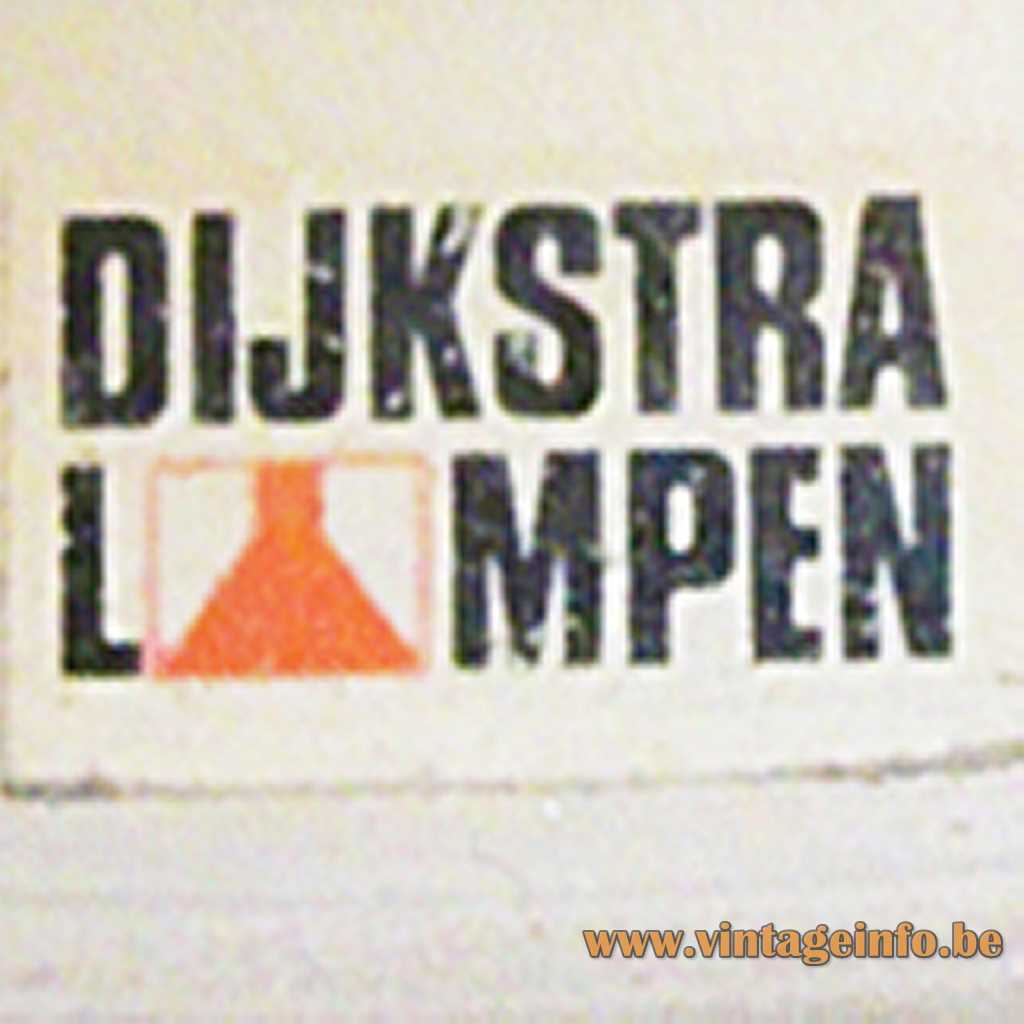 Other versions: This Dijkstra droplet flush mount exists in several colours. Made in at least clear and purple glass. the Dutch gave this lamp the name Druppel (droplet). It is unclear if that is the original name of this lamp.