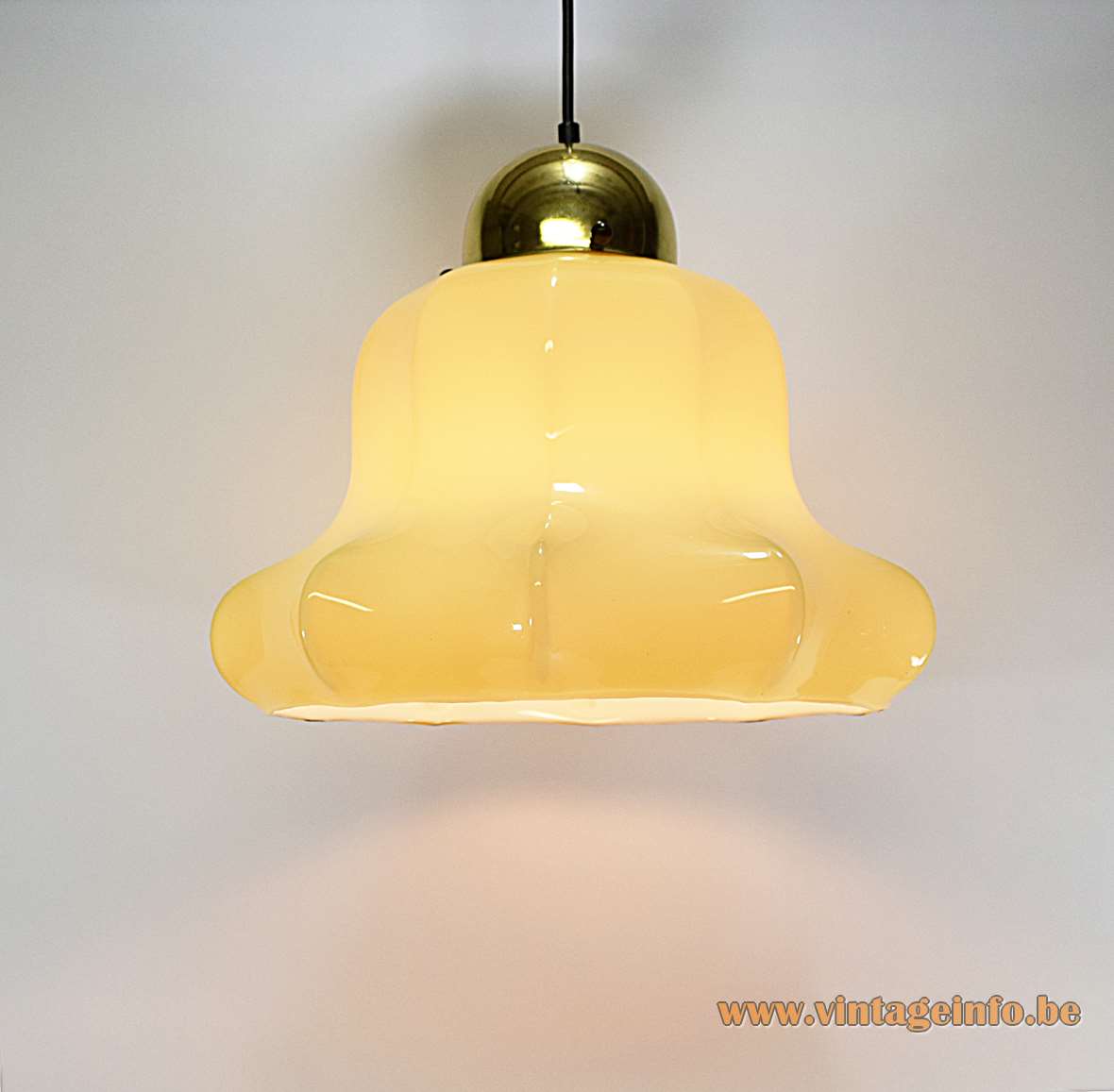 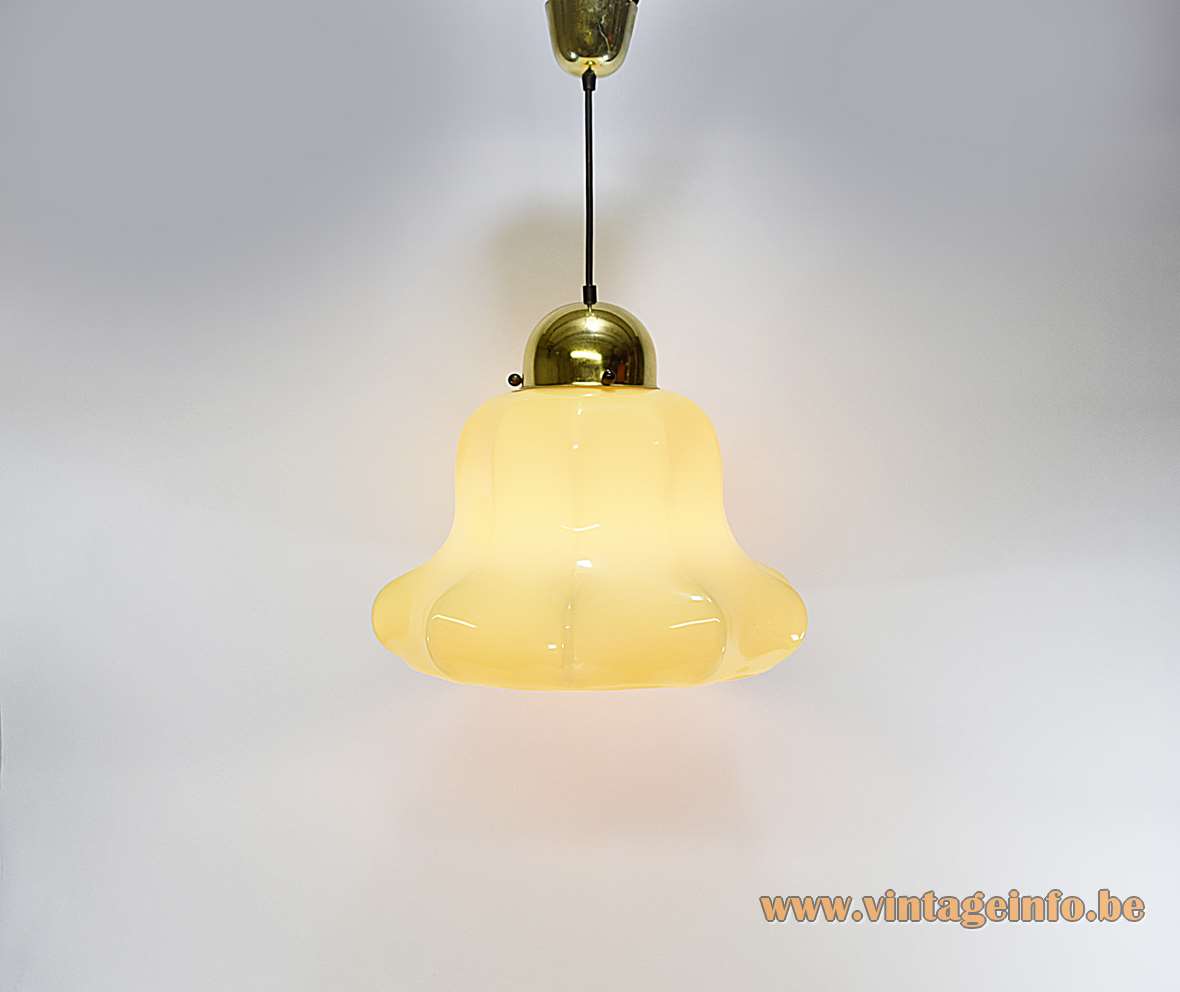 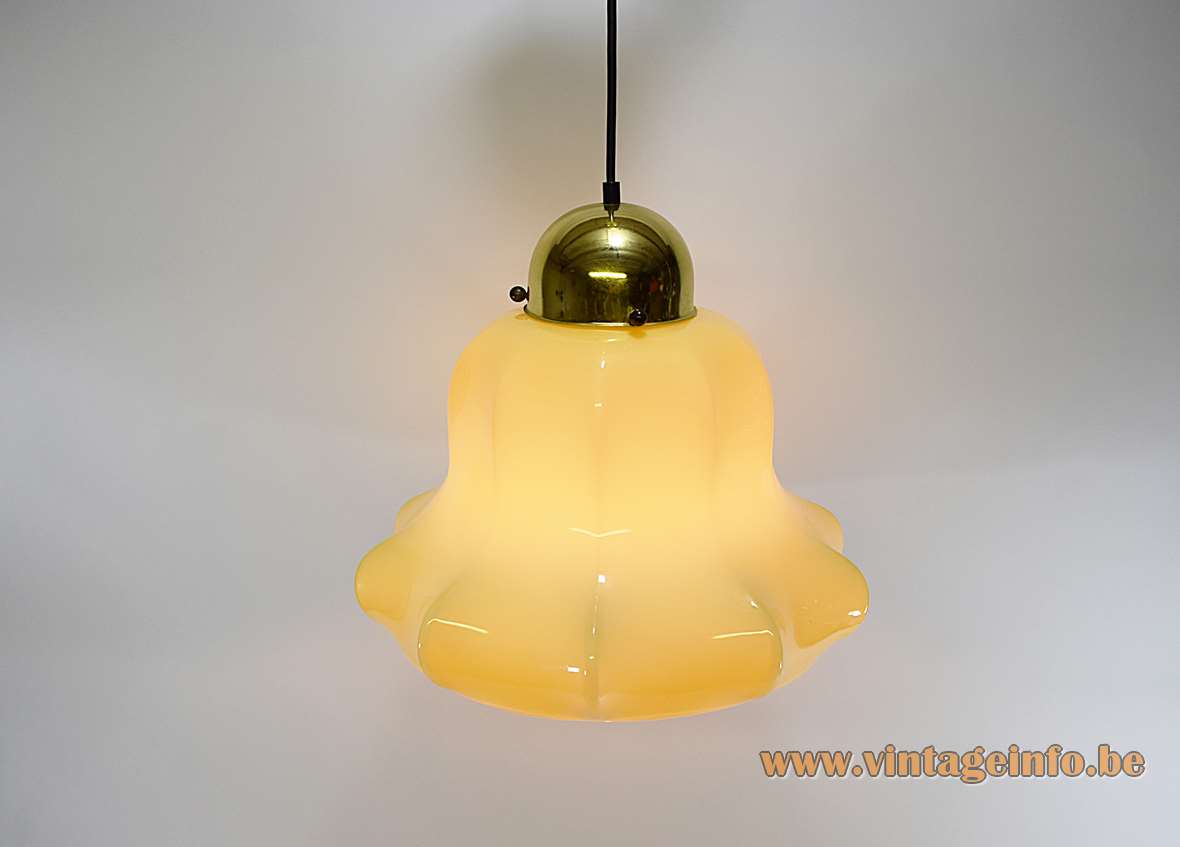 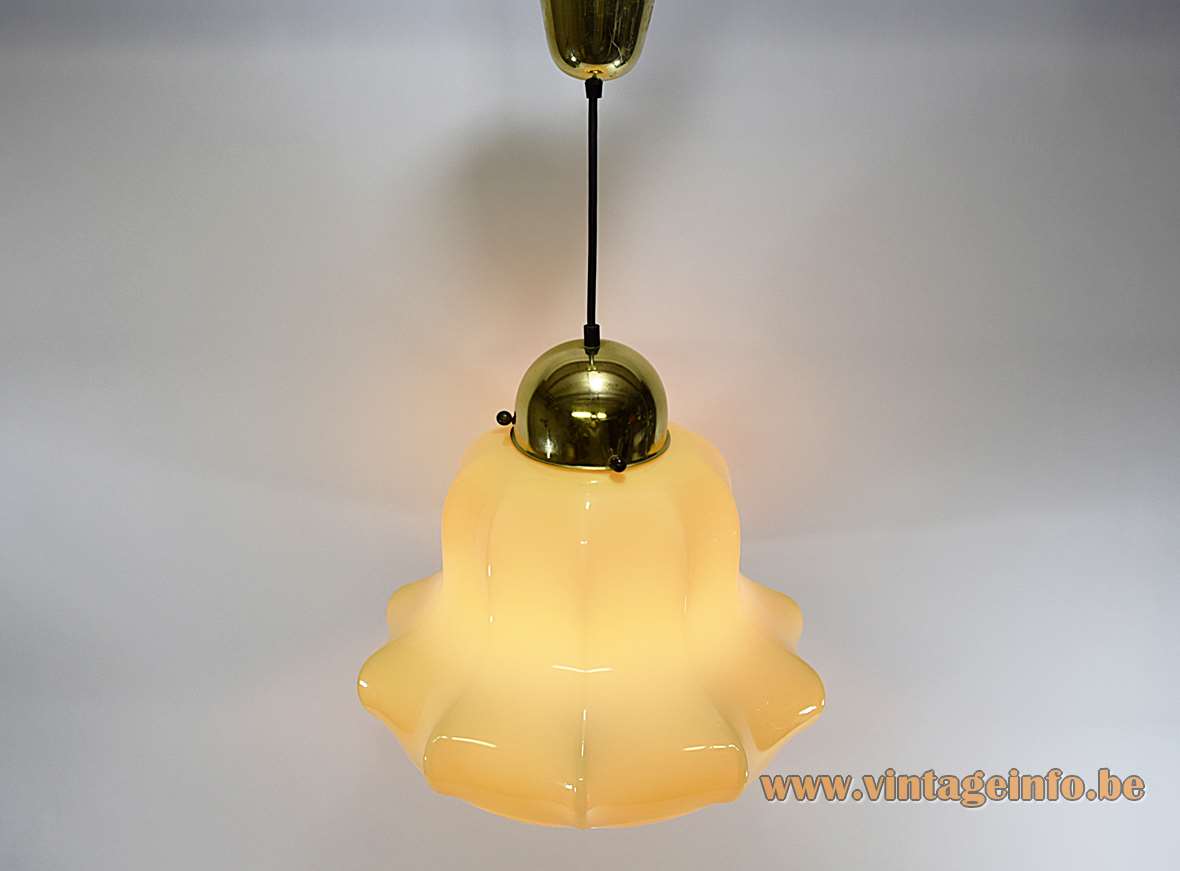 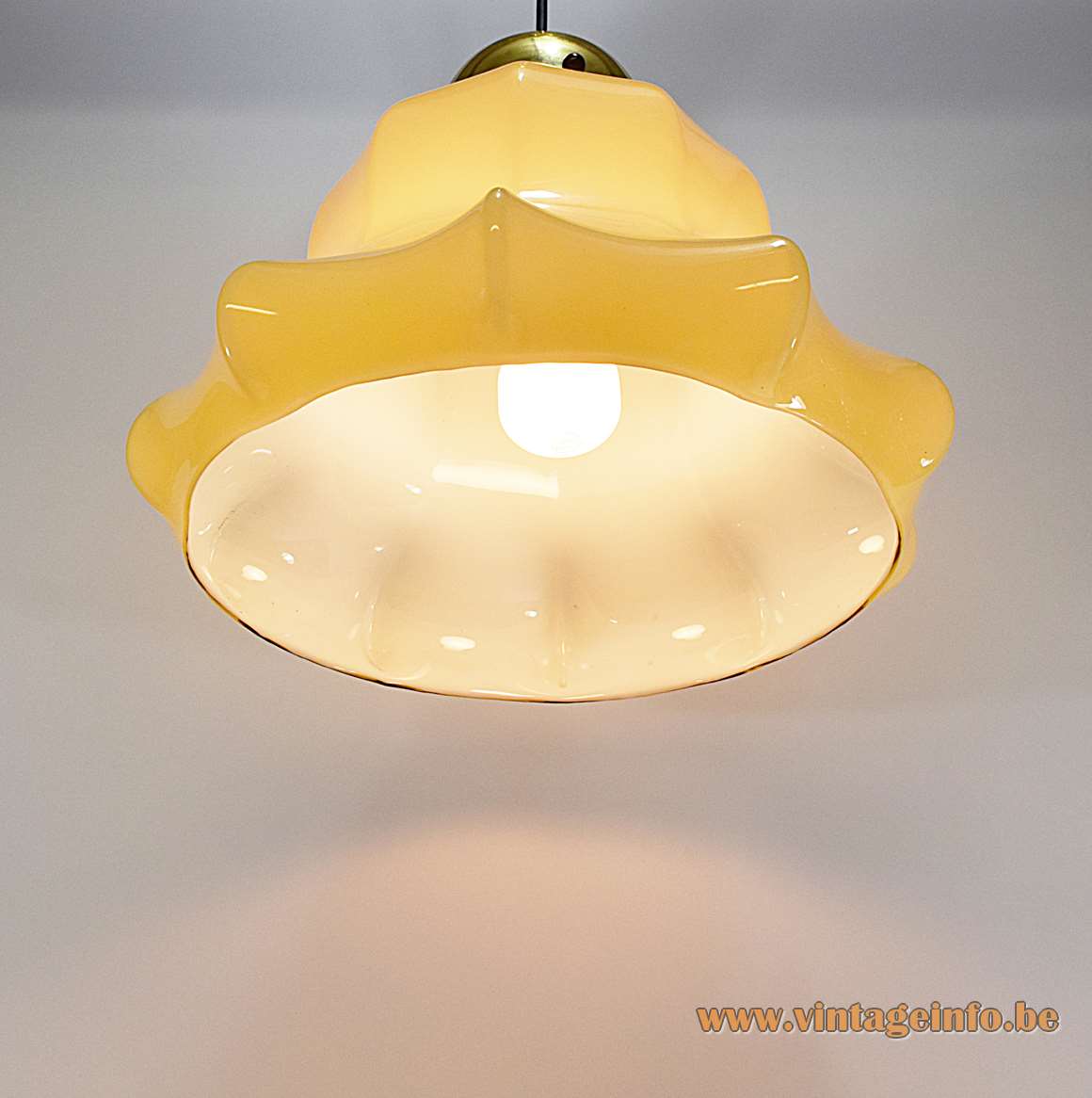 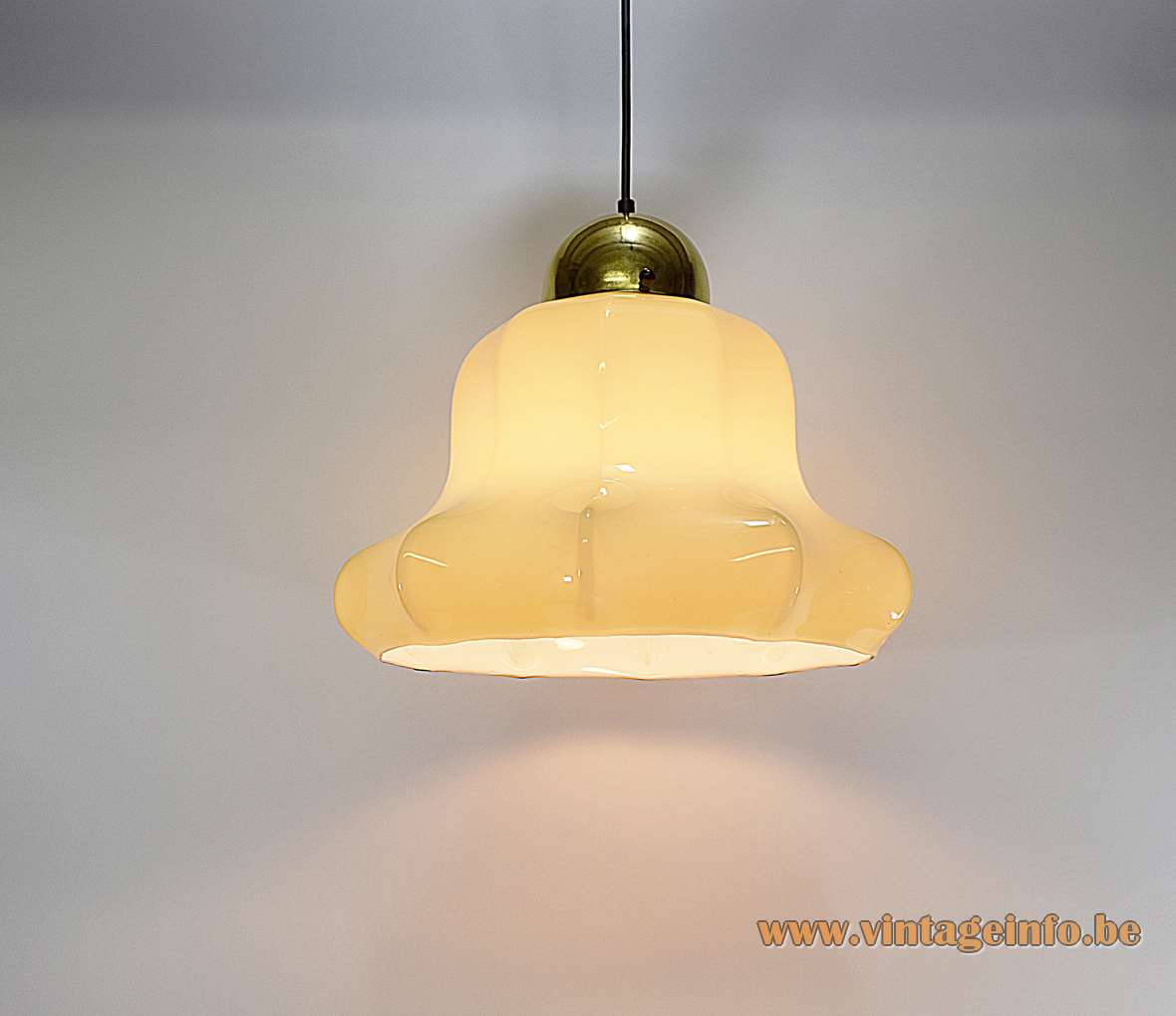 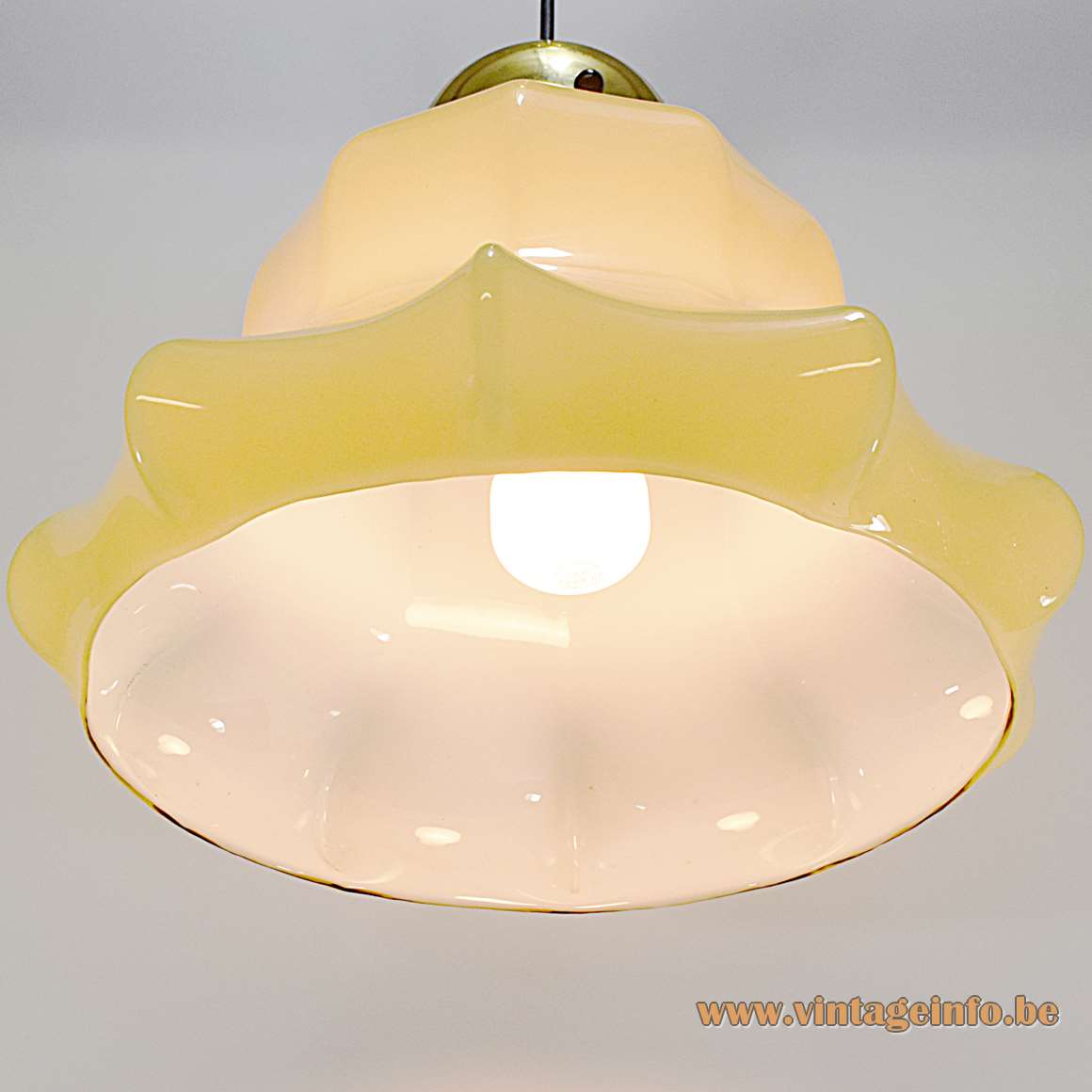 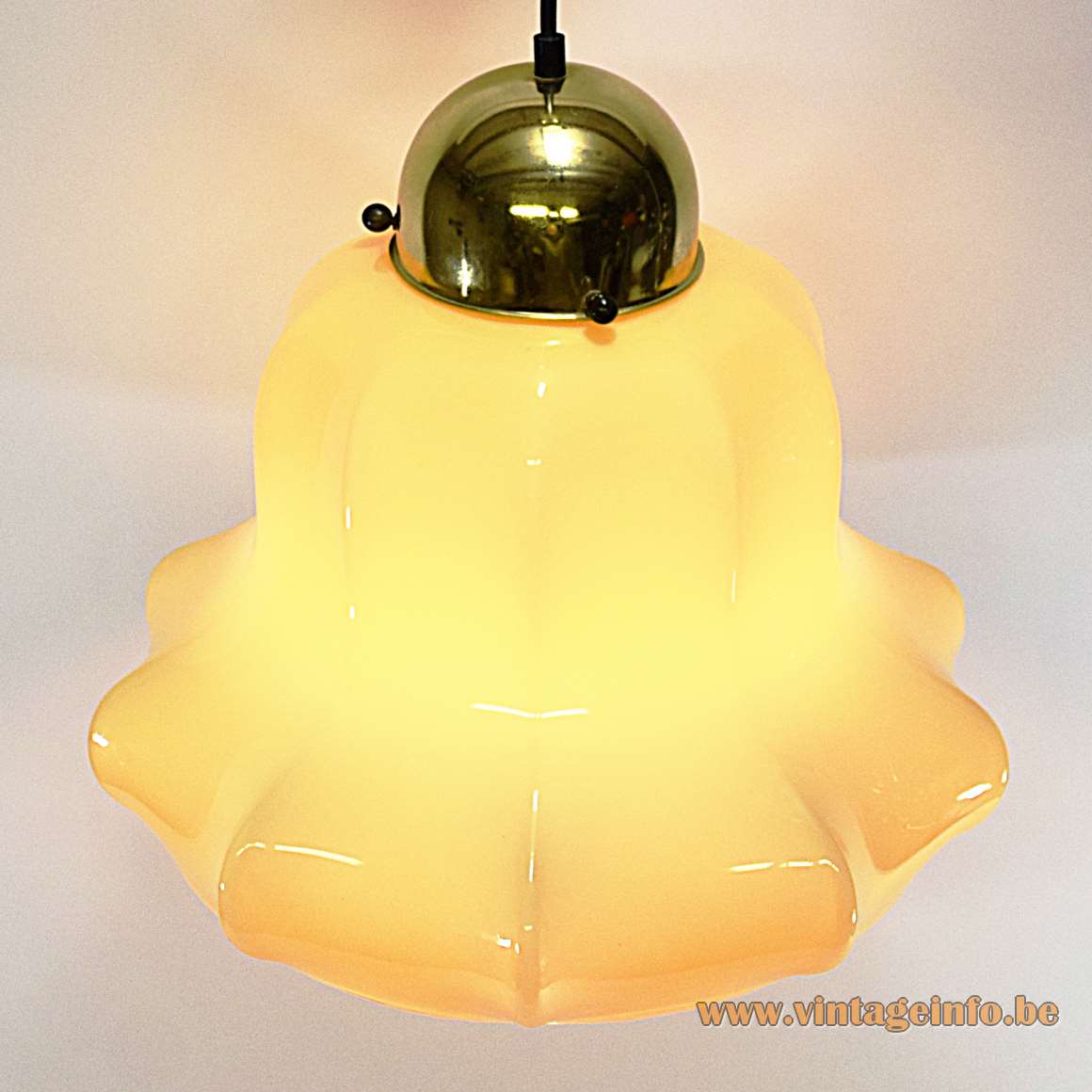 Electricity: 1 bulb E27, 1 x 100 watt maximum, 110/220 volt.
Any type of light bulb can be used, not a specific one preferred. But an opal white or frosted bulb gives the most beautiful result.

Other versions: This Peill + Putzler vanilla skirt pendant lamp was probably made in several colours. Peill + Putzler produced many lamps in this style, you can find several of them on this website.

These type of pendant lamps are often named “Fazzoletto” lamps. It is the Italian word for handkerchief. The Fazzoletto vase is a 1948 design by Fulvio Bianconi (1915 – 1996) for Venini. Others say that it looks like a bell or a tutu.

Vetro Doublé: an object made of two layers of glass normally of two different colours. In this case some type of yellow and white glass (on the inside).

This lamp in glass is made in the style of the plastic Cocoon lamps from the German company Goldkant Leuchten, or the Italian FLOS lamps designed by Achille Castiglioni. It looks like the glass was stretched around a metal frame.

Pendant lamps in this style