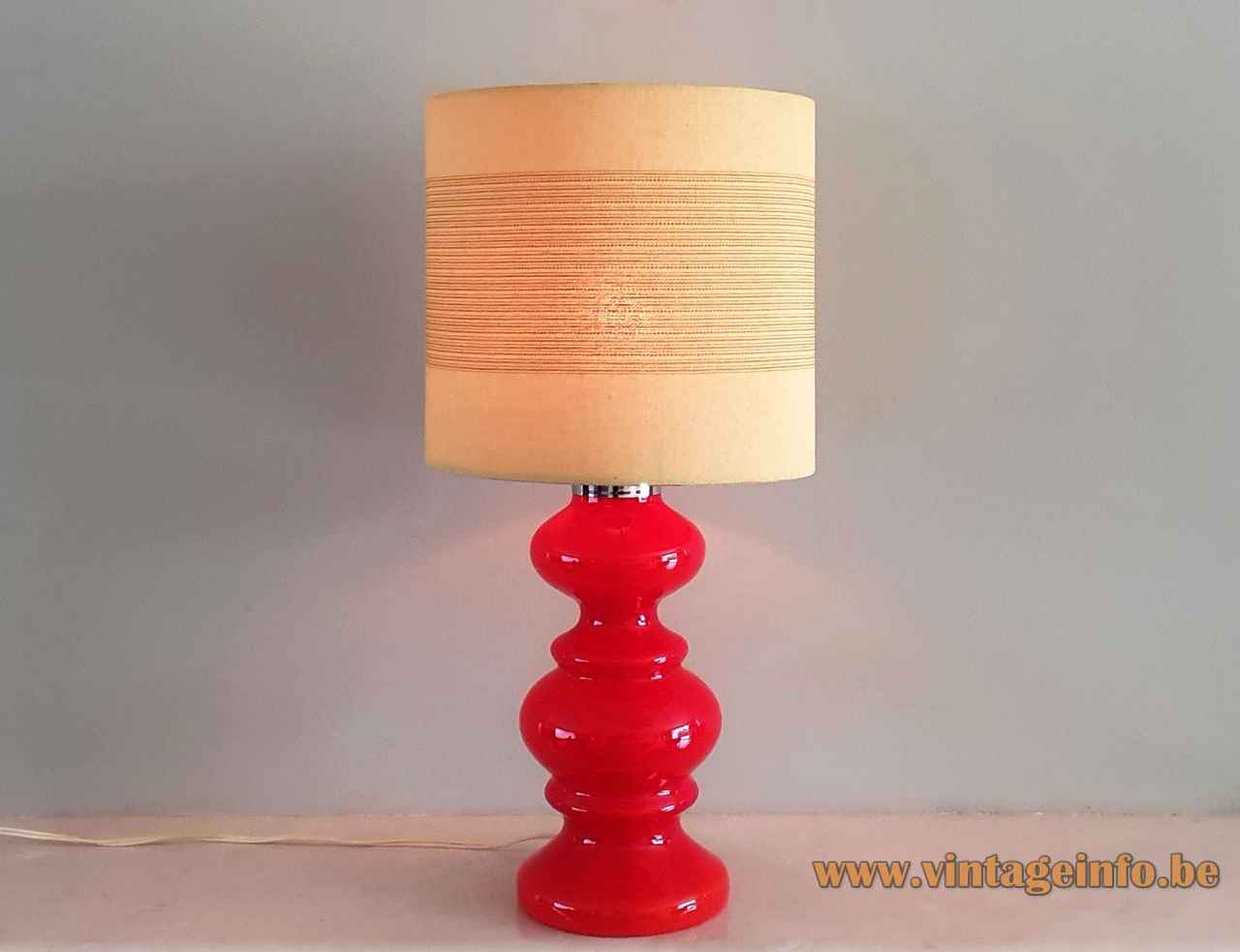 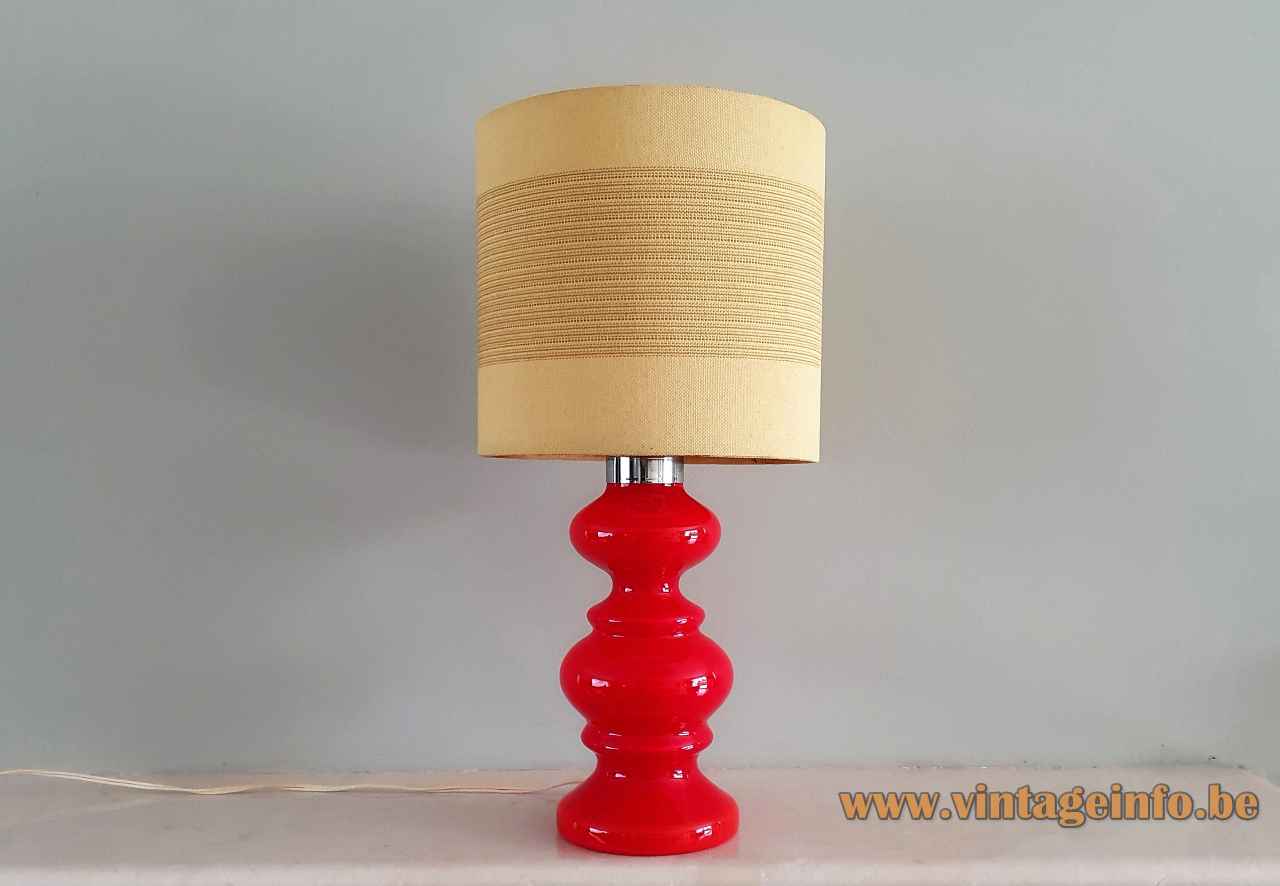 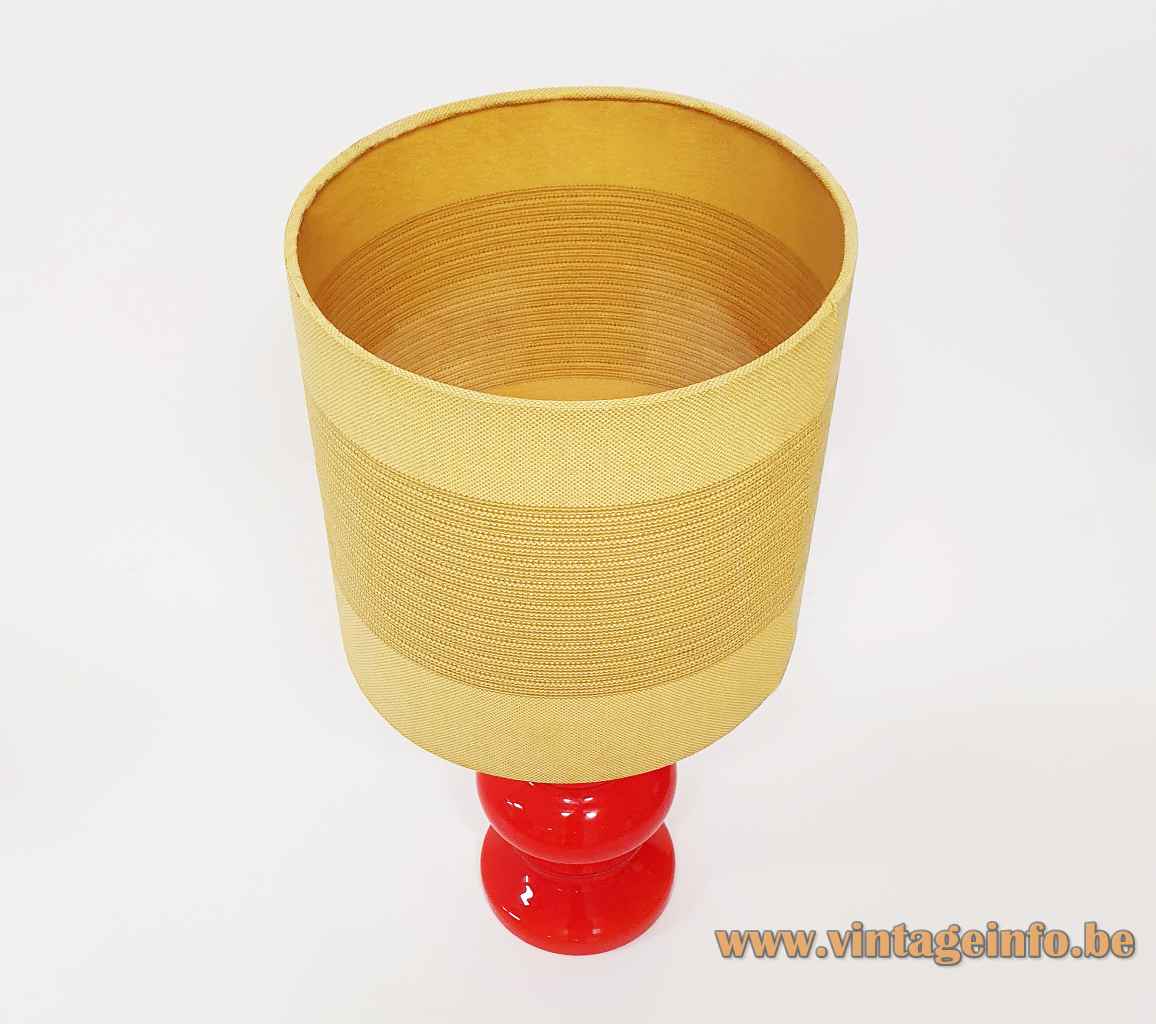 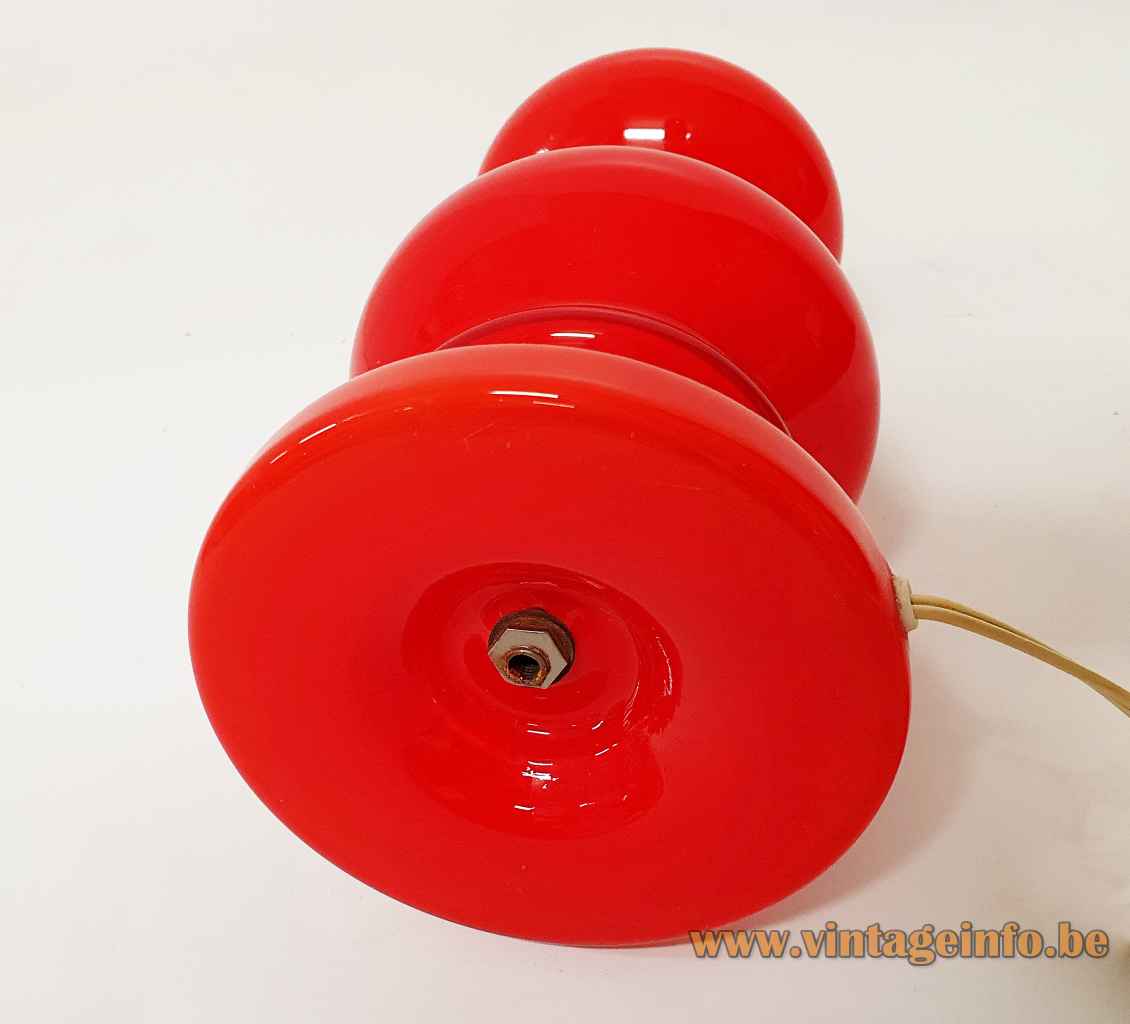 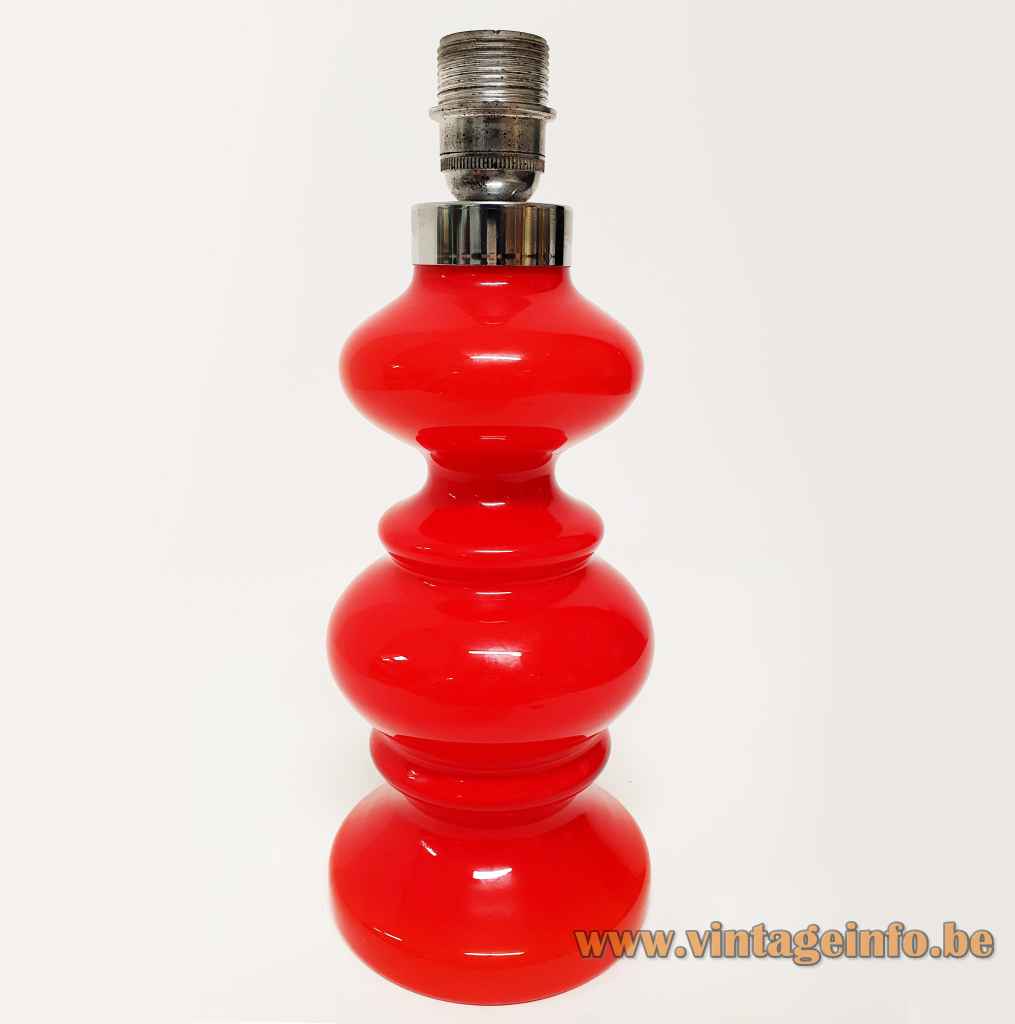 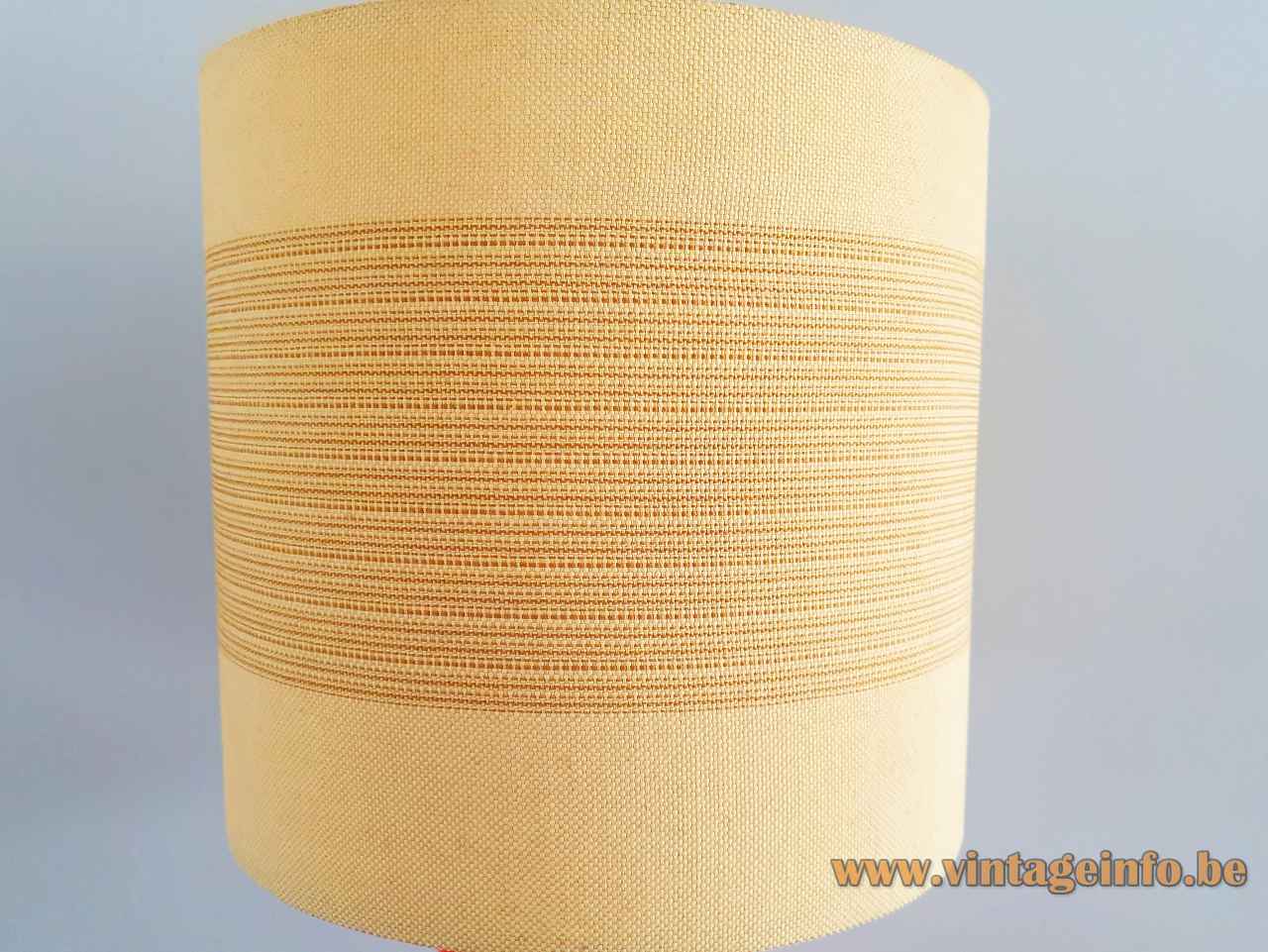 Other versions: Made in a several colours and variations. Sold with several different lampshades.

The lampshade and electric parts were assembled by Massive. De Rupel produced many glass parts for Massive lamps.
These lamps were sold by Massive, so it is a Massive lamp.