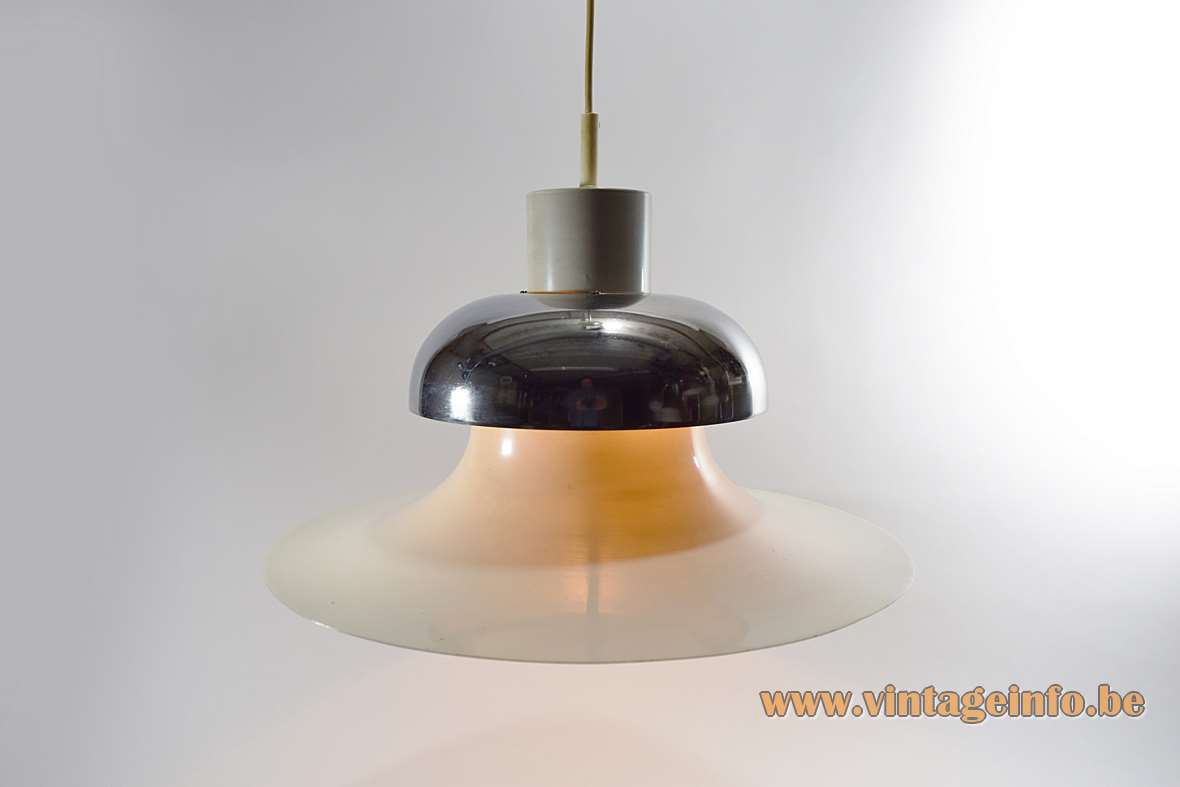 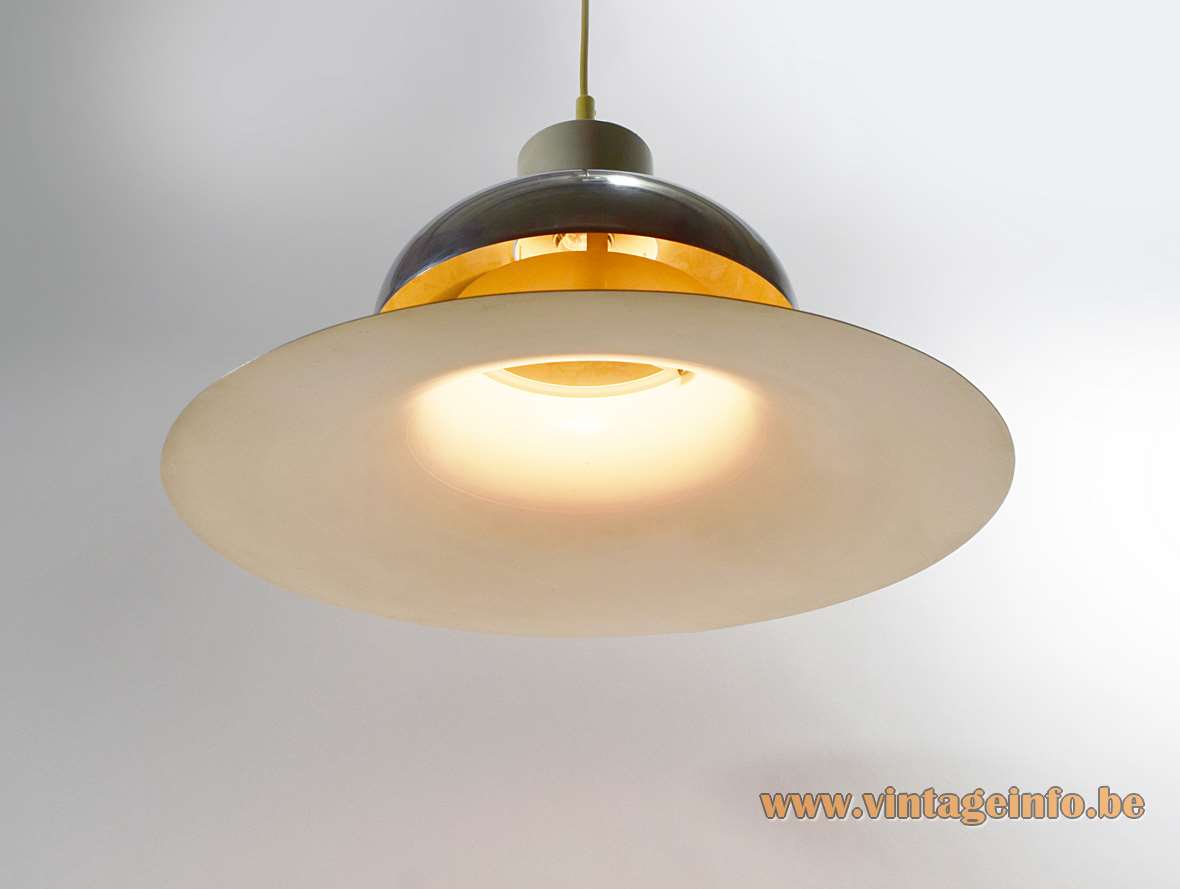 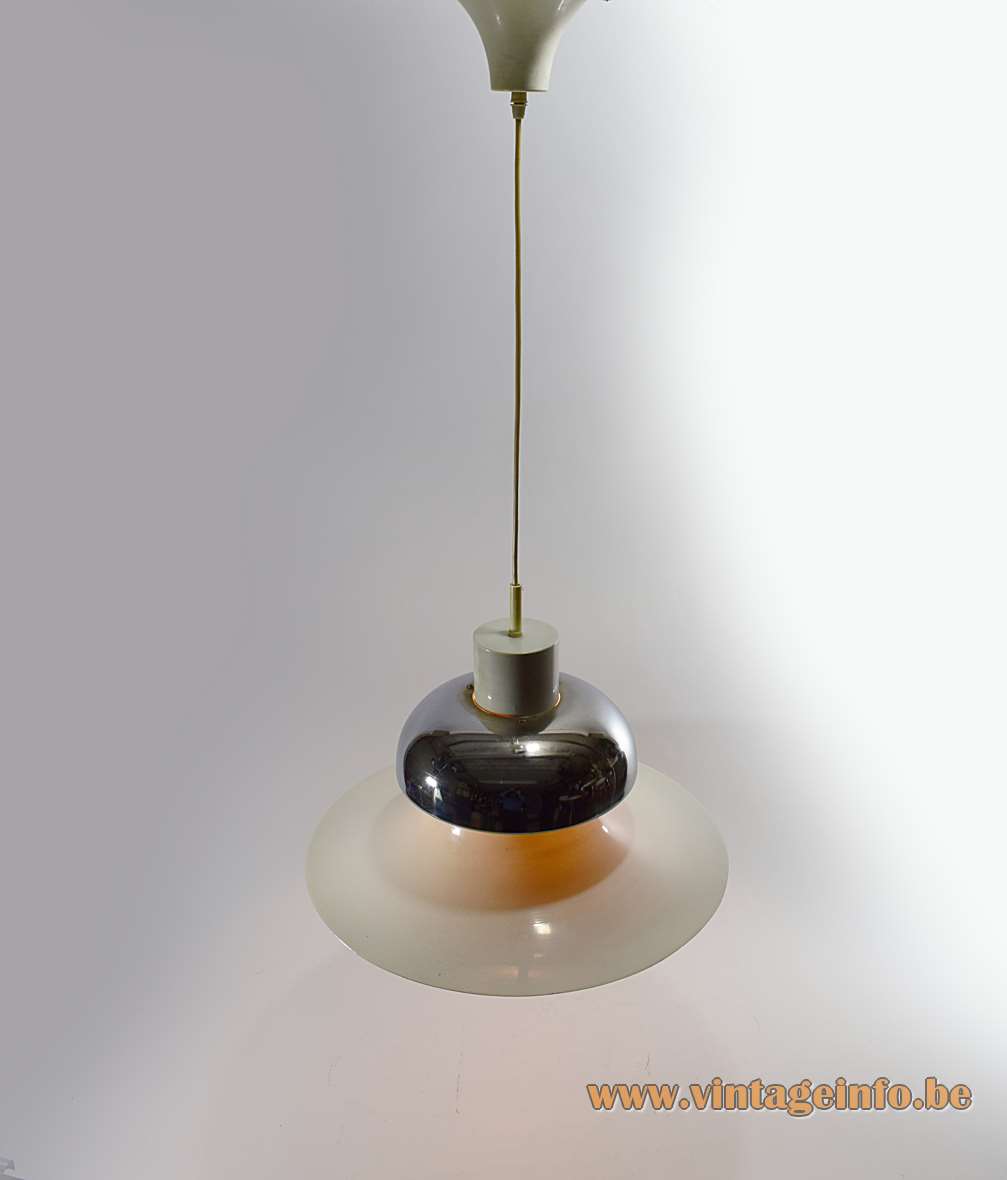 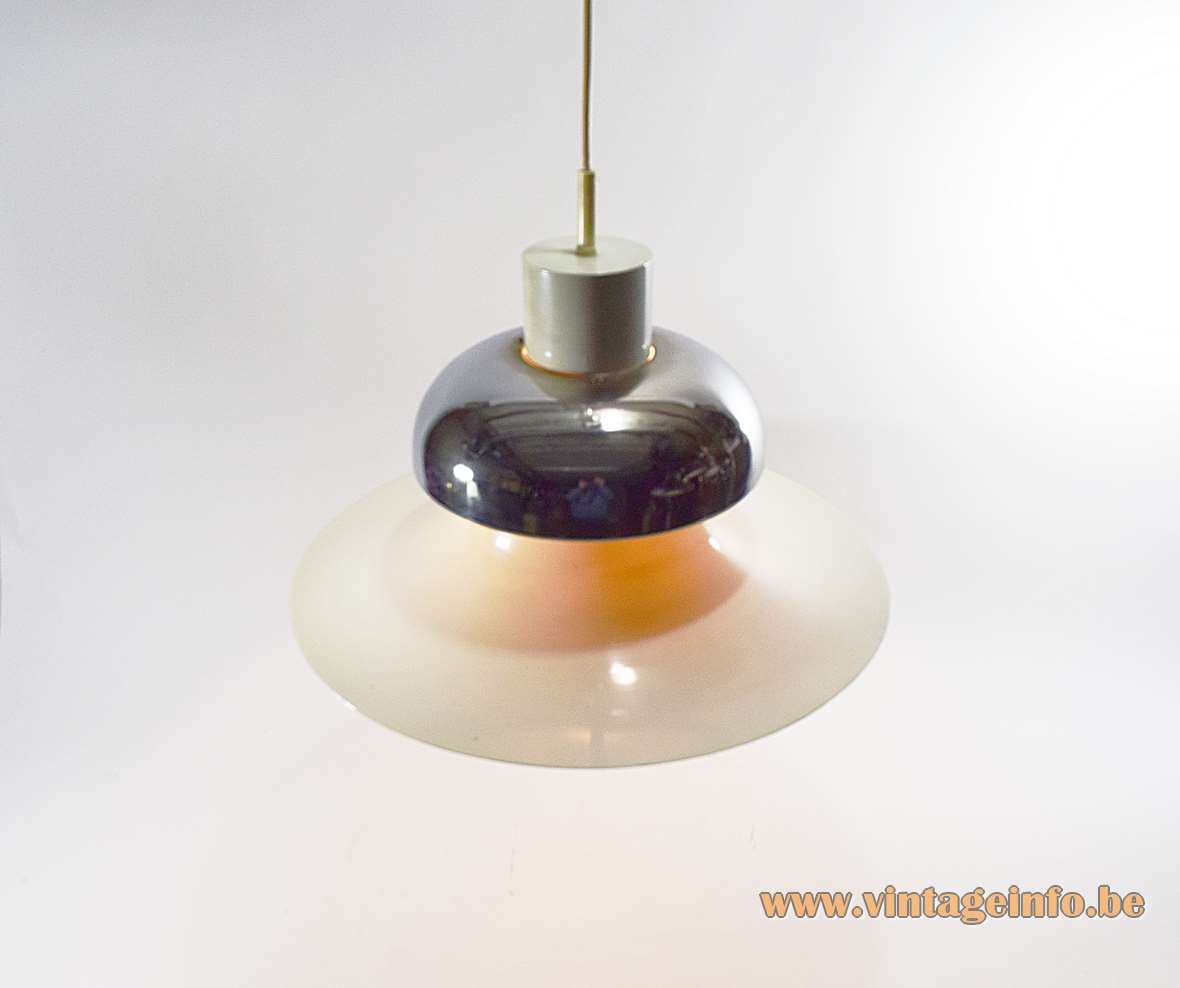 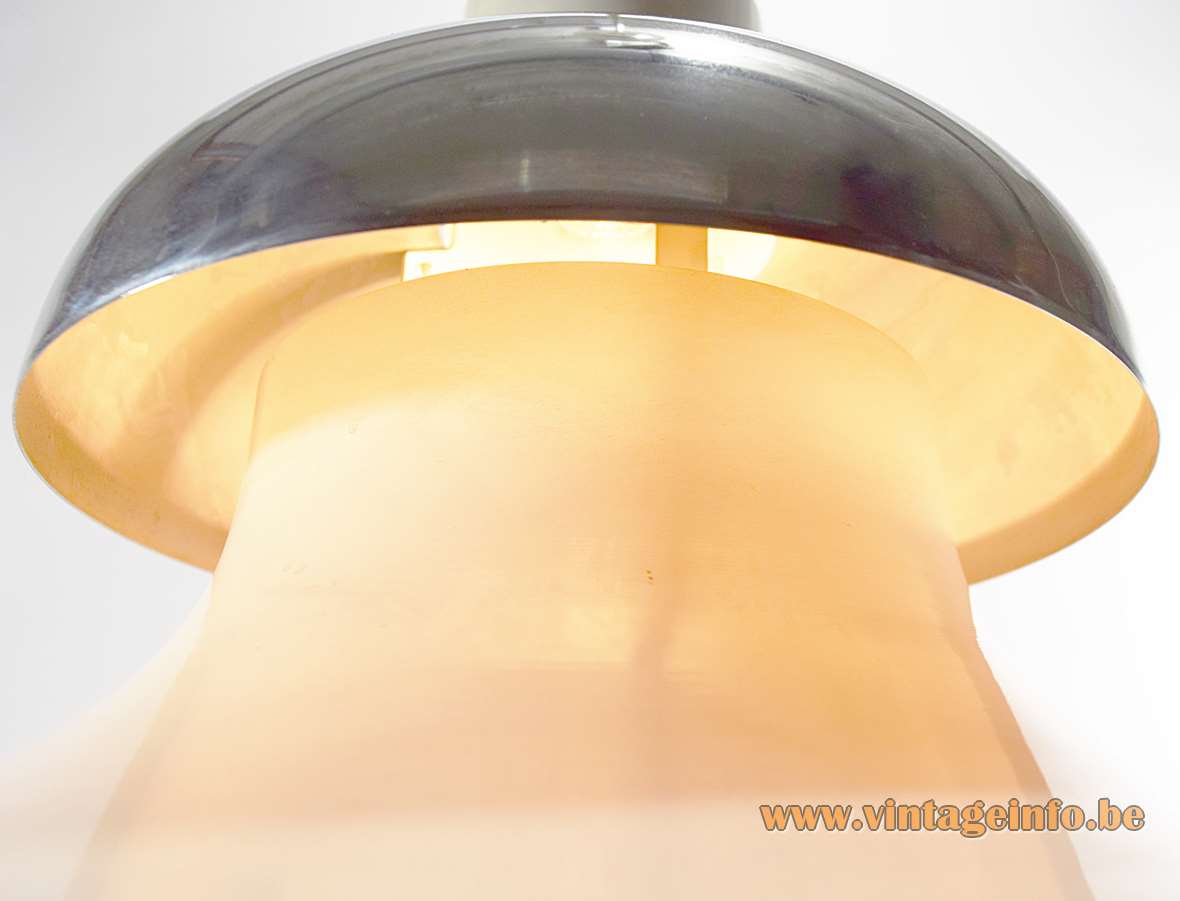 This 1st edition has a closed top 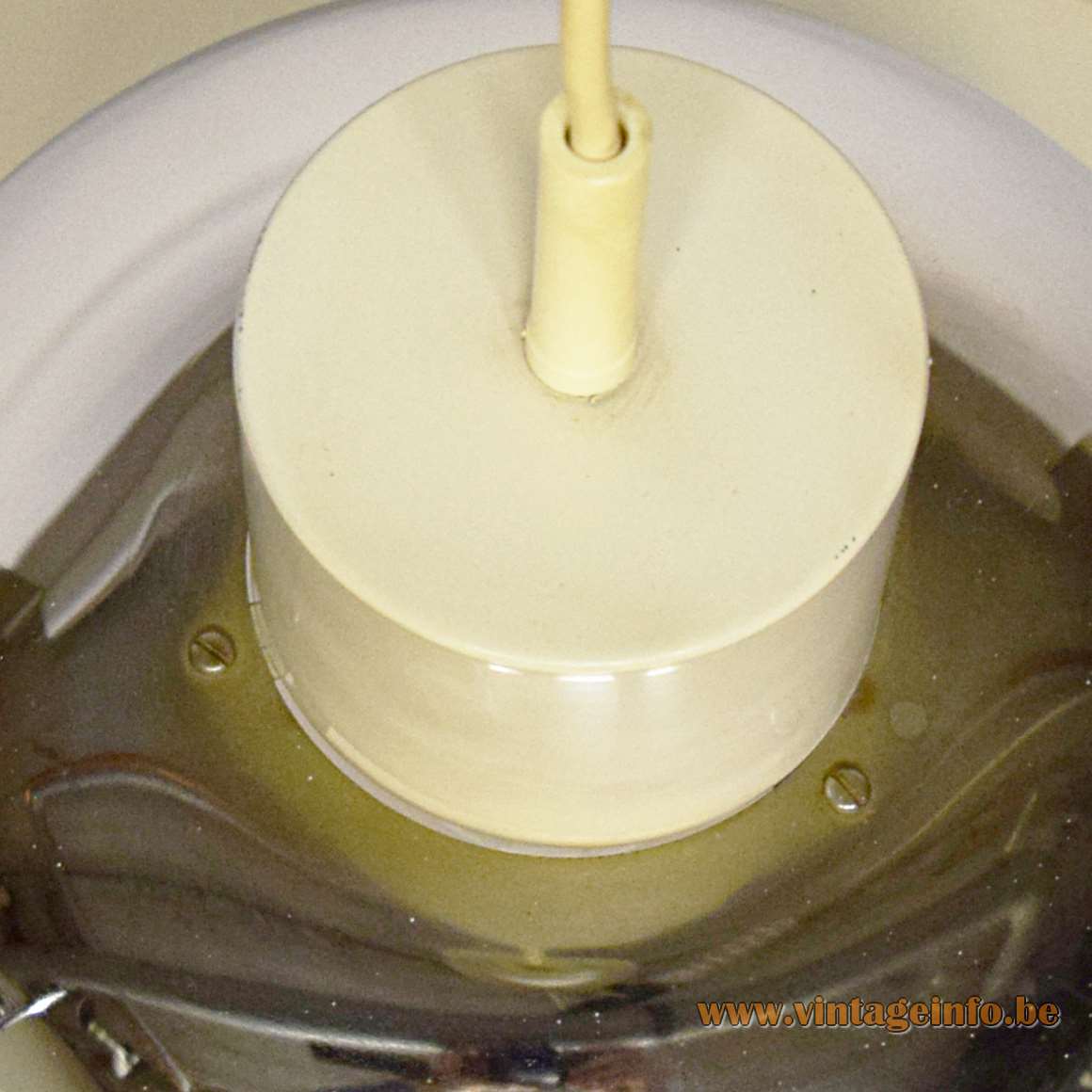 The 2nd edition has a top with air holes 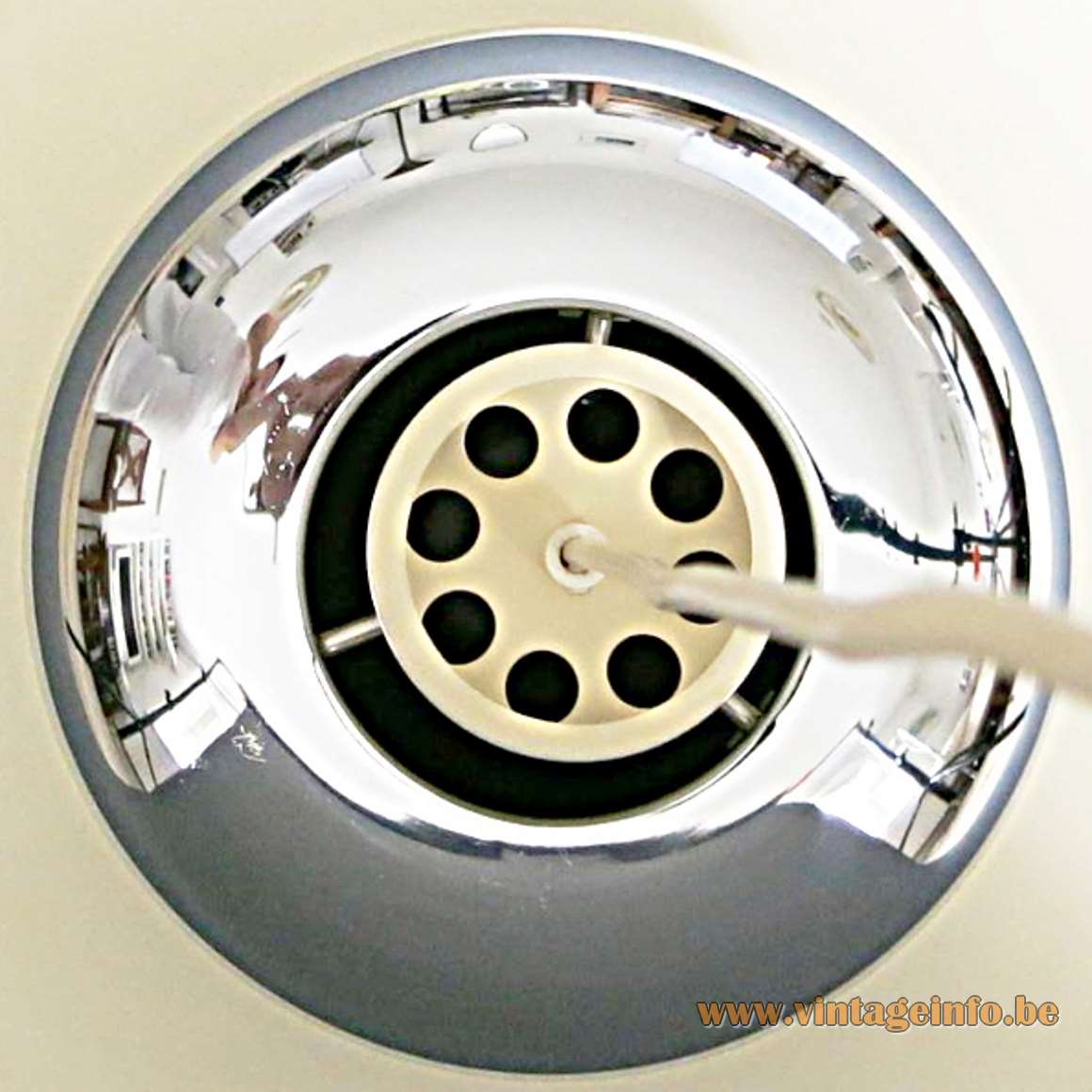 Other versions: This Andreas Hansen Mandalay pendant lamp in a bell shape were also produced with a brass cap in stead of a chrome one on top. Made in several colours and produced for some 10 years.

Andreas Hansen (born 1936) was educated at the Kunsthåndværkerskolen, the School of Applied Arts and Furniture and since the he has worked with furniture, lighting and industrial design.

Since 1963 he has is own studio with the design of furniture, lights and appliances, mainly for Danish companies such as Le Klint, Fog & Morup and Louis Poulsen.

Mandalay (the last royal capital of Myanmar – Burma) is a poem by Rudyard Kipling that was first published in the collection Barrack-Room Ballads, and Other Verses, the first series, published in 1892.