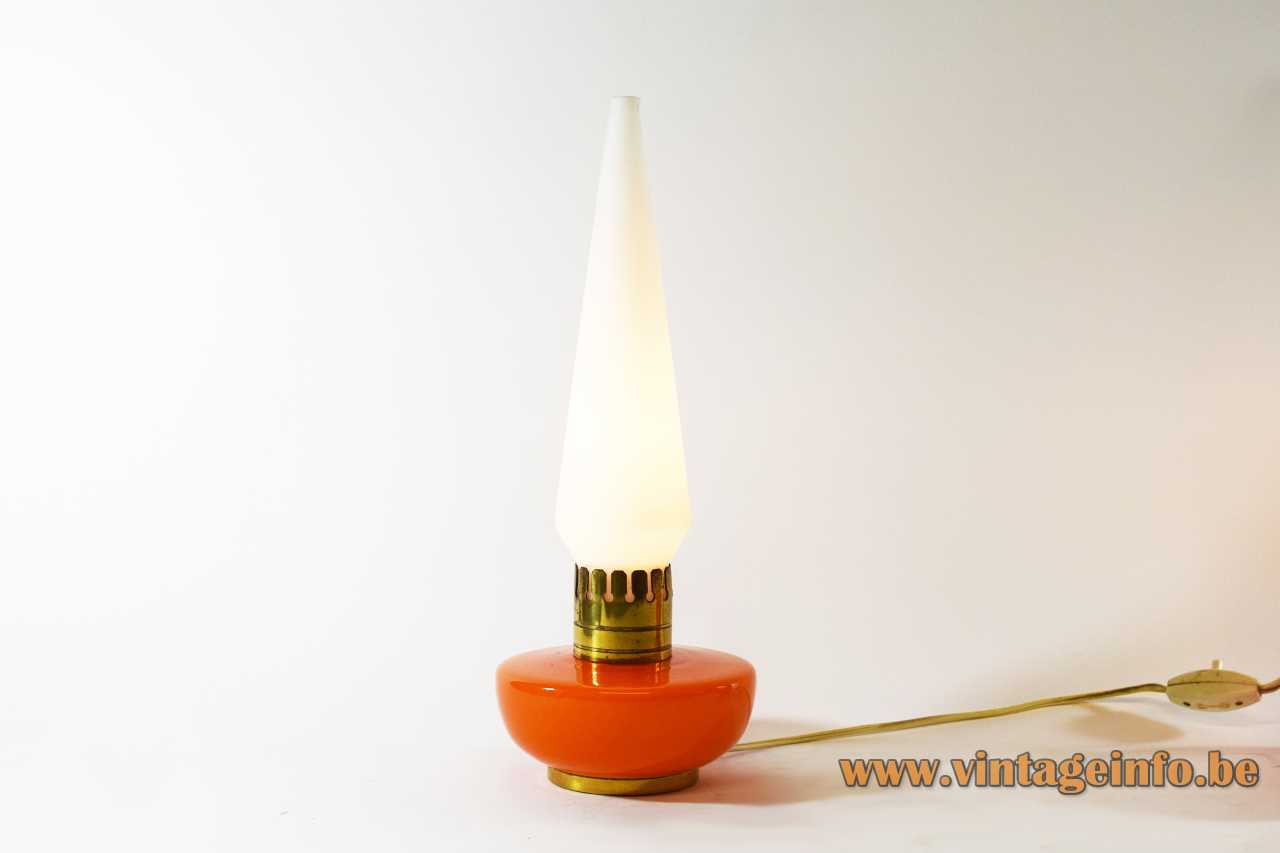 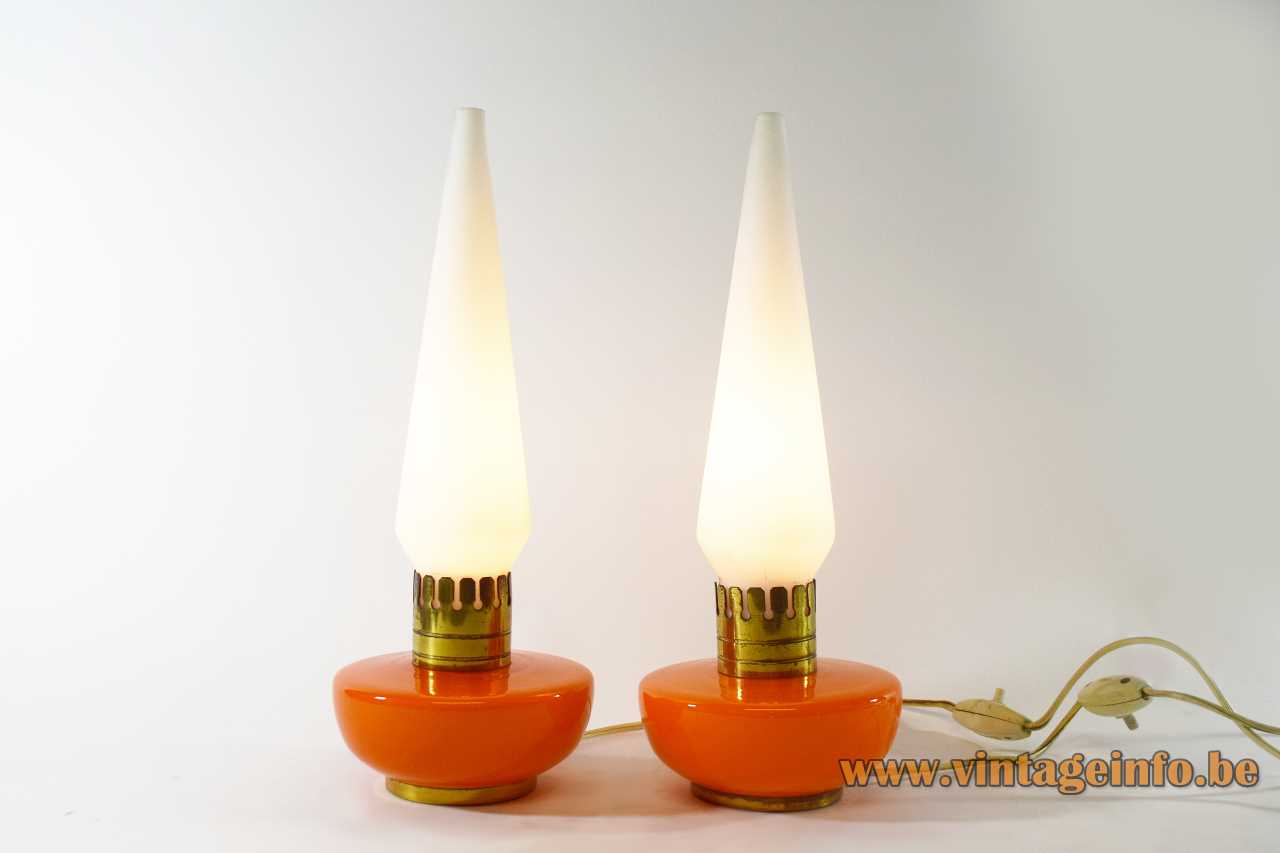 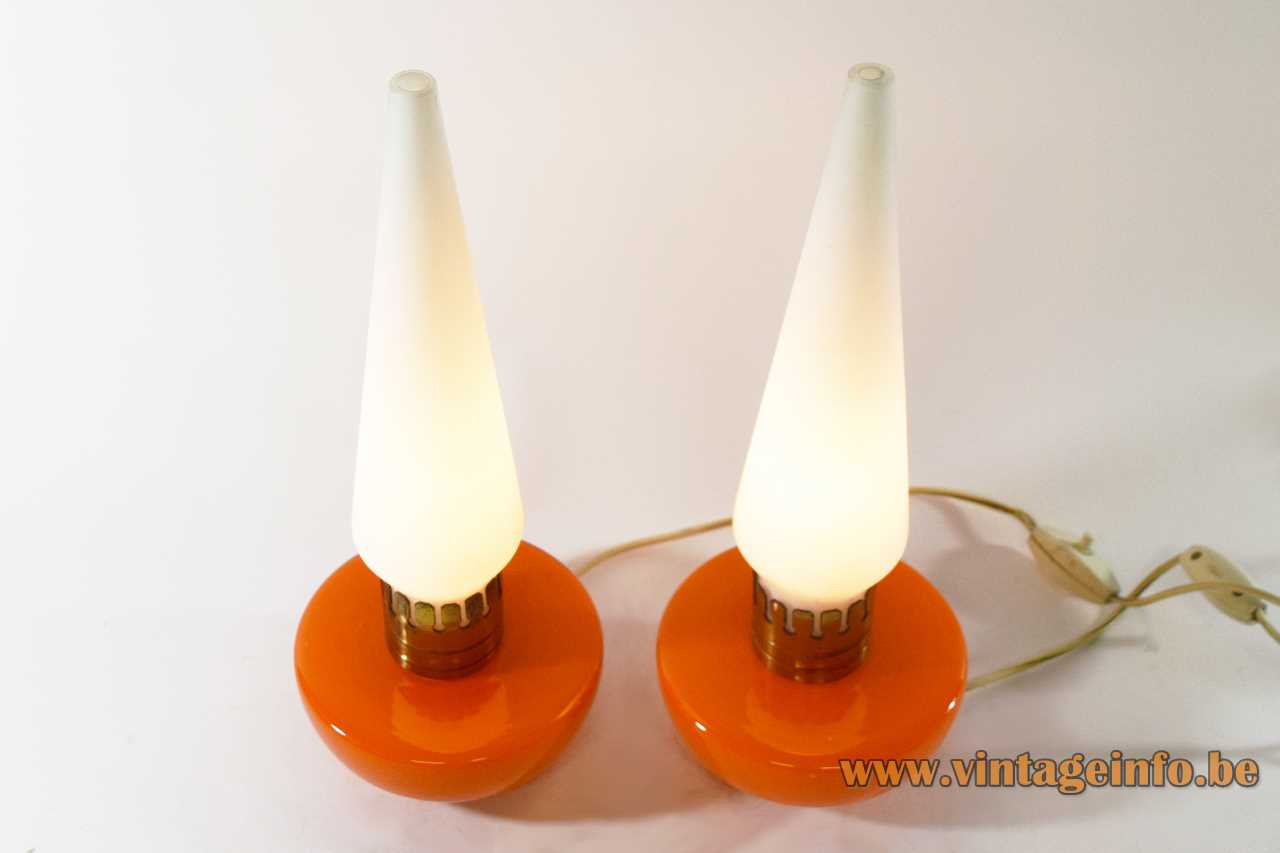 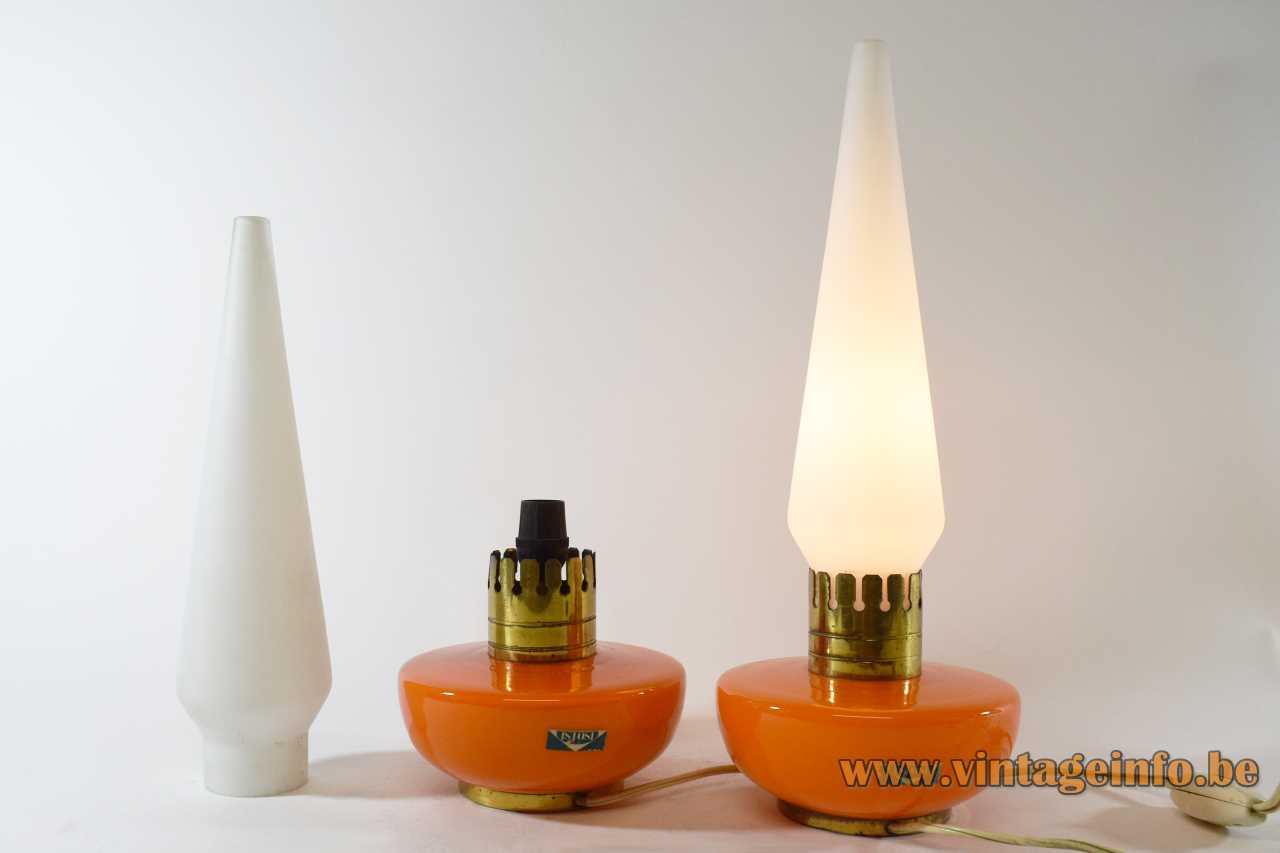 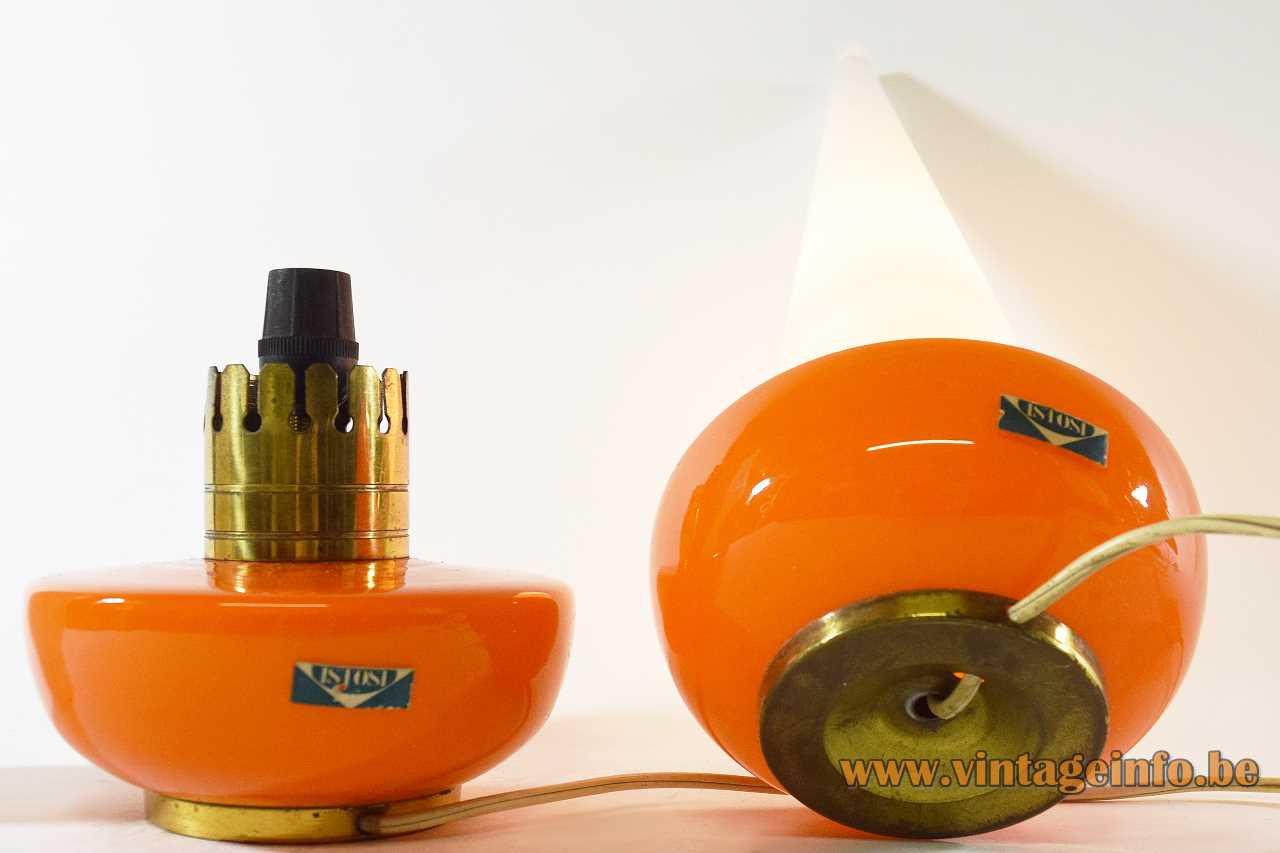 Other versions: This 1950s Vistosi bedside table lamp exists in all probability in other colours and sizes. Very rare table lamp. An oil lamp version in this style can be found here on Vintageinfo.

In 1956 Alessandro Pianon, a Venetian architect, joined the company. Together with second generation Luciano and Gino Vistosi they gave a swing to the company focusing on innovation and design.

Almost all the electric parts were made in the 1950’s by the VLM Components company from Buccinasco, near Milan in Italy. Today VLM Components is owned by Relco. It is one of the biggest suppliers of switches, cords and plugs in Europe. VLM Components became famous for the switches they produce that were designed by Achille Castiglioni in 1968. 1 lamp has a VLM switch, the other a Vimar switch, also an Italian company located in Marostica, some 100 km (60 miles) from Venice. More info can be found here.