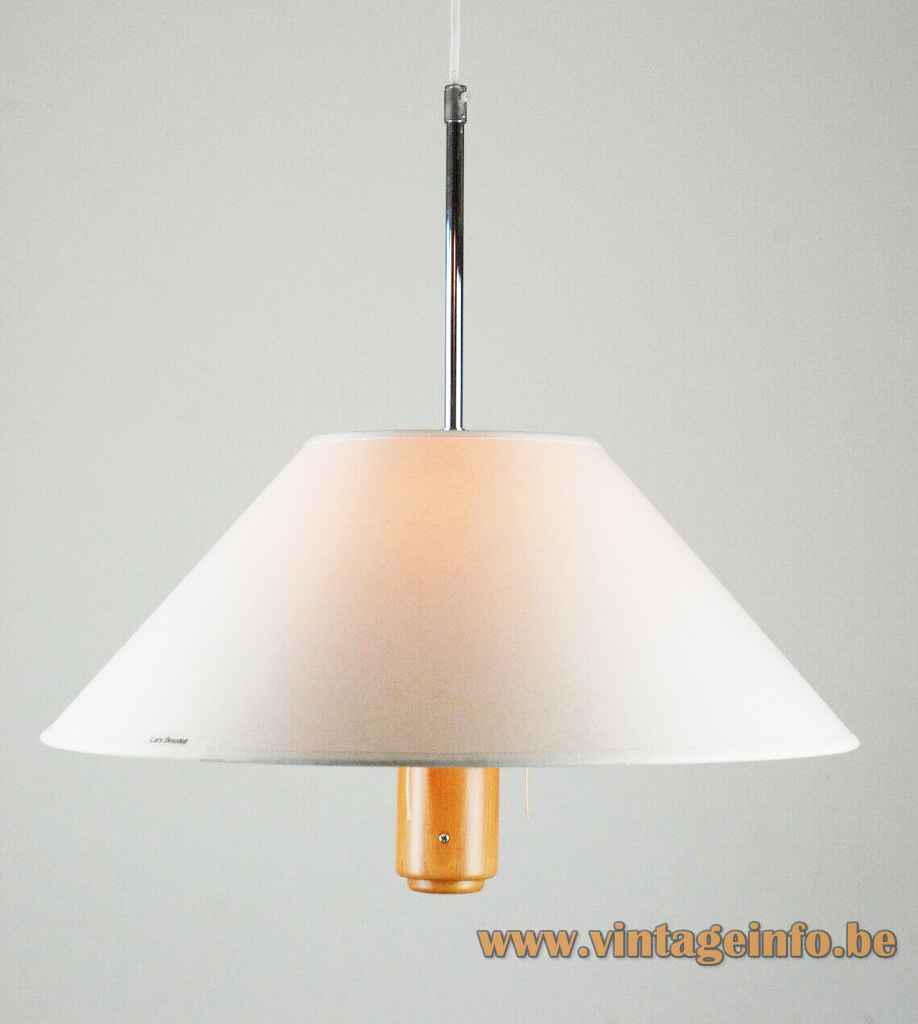 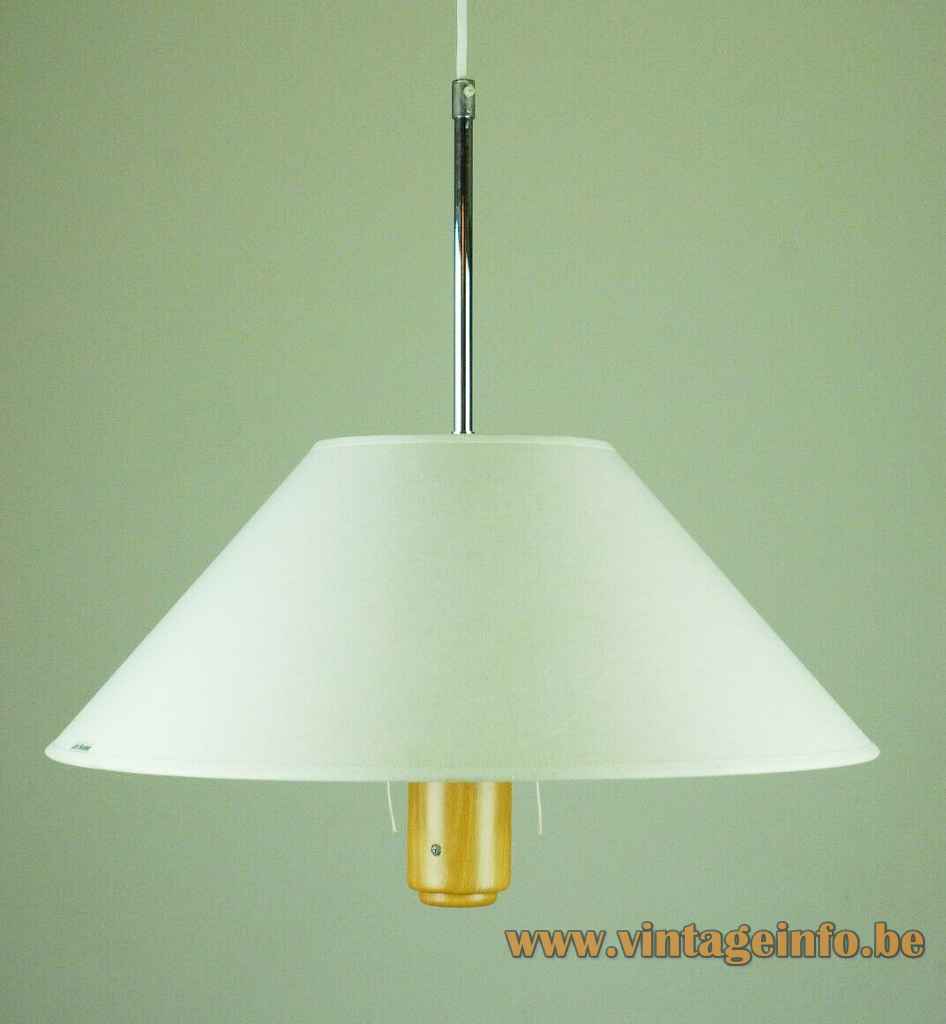 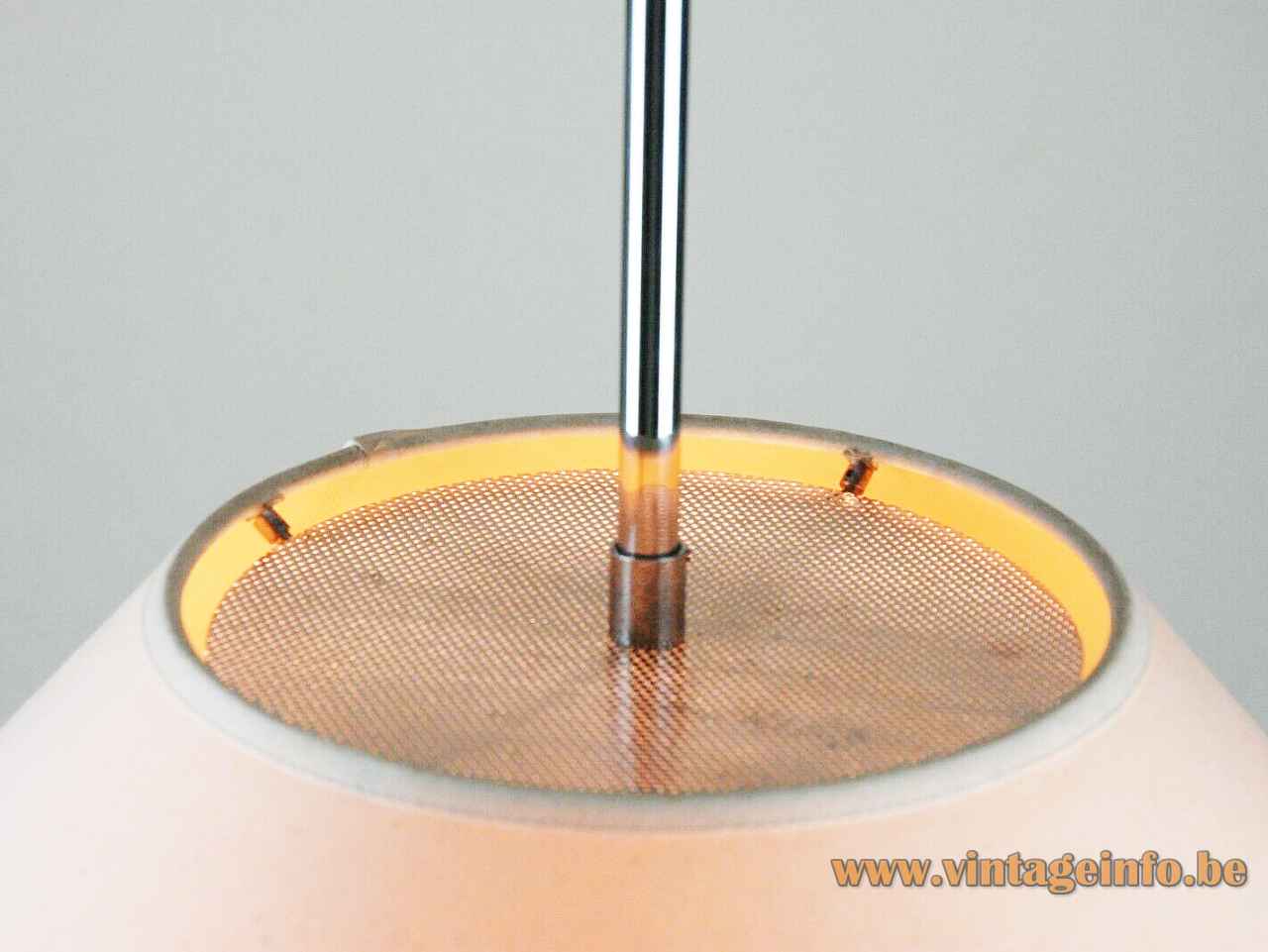 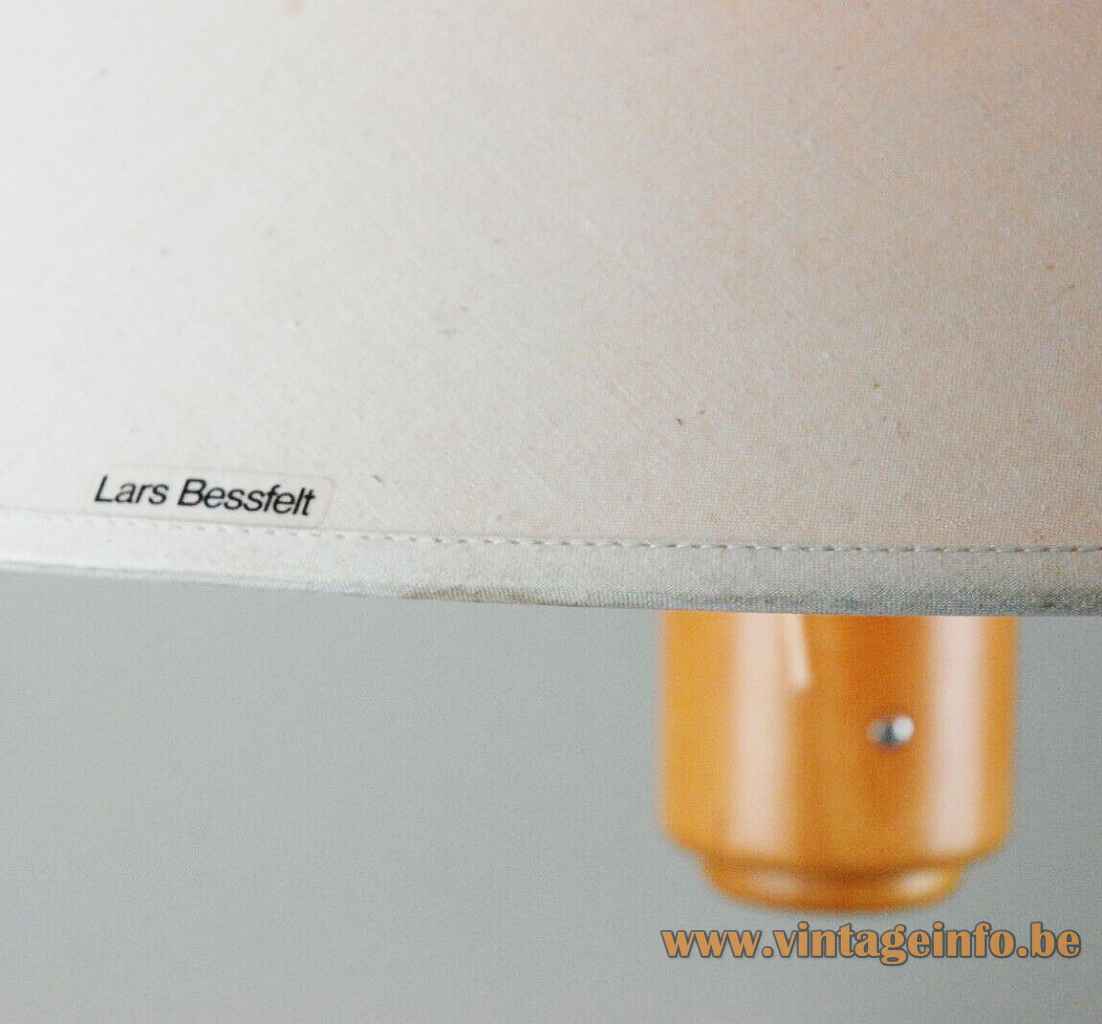 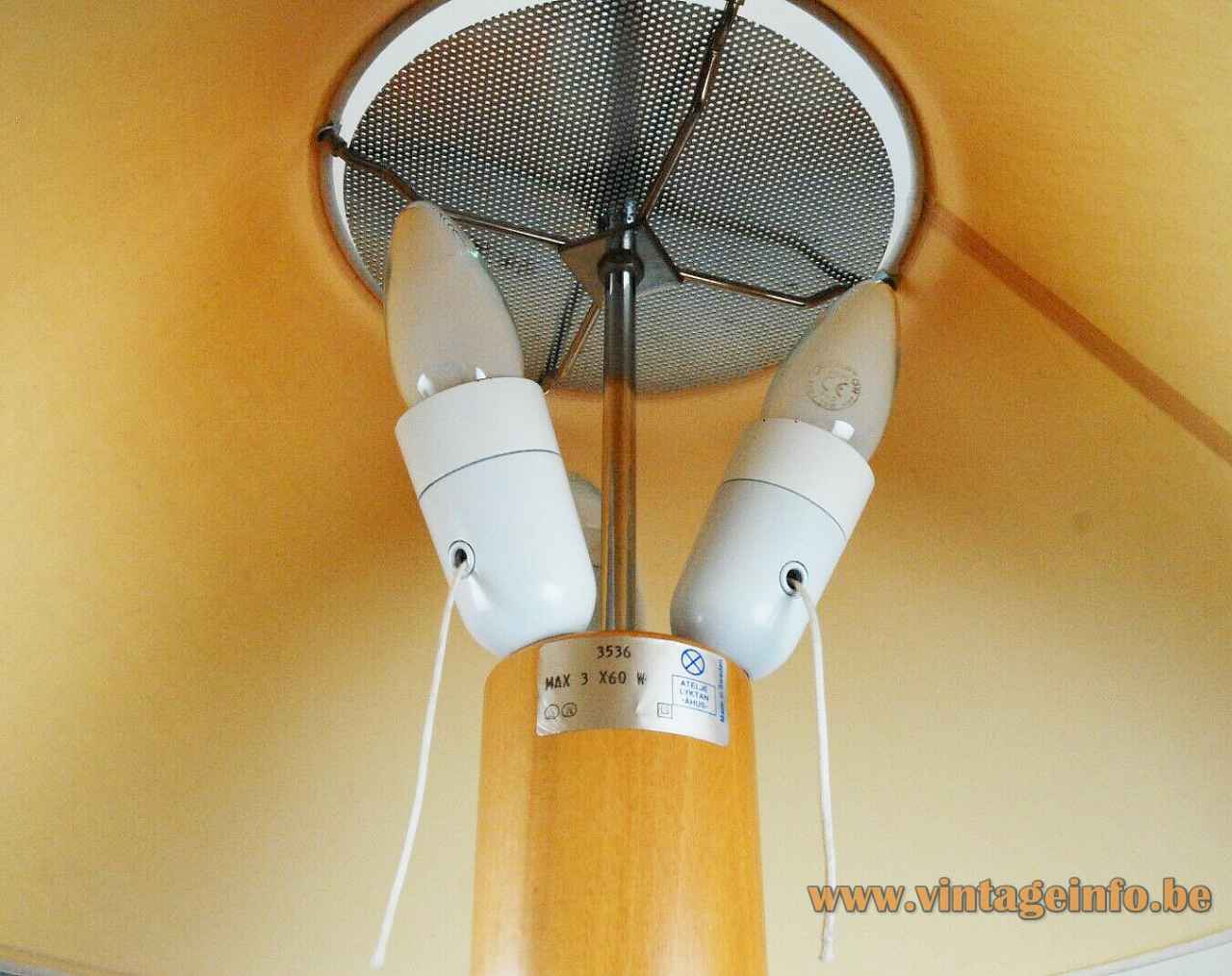 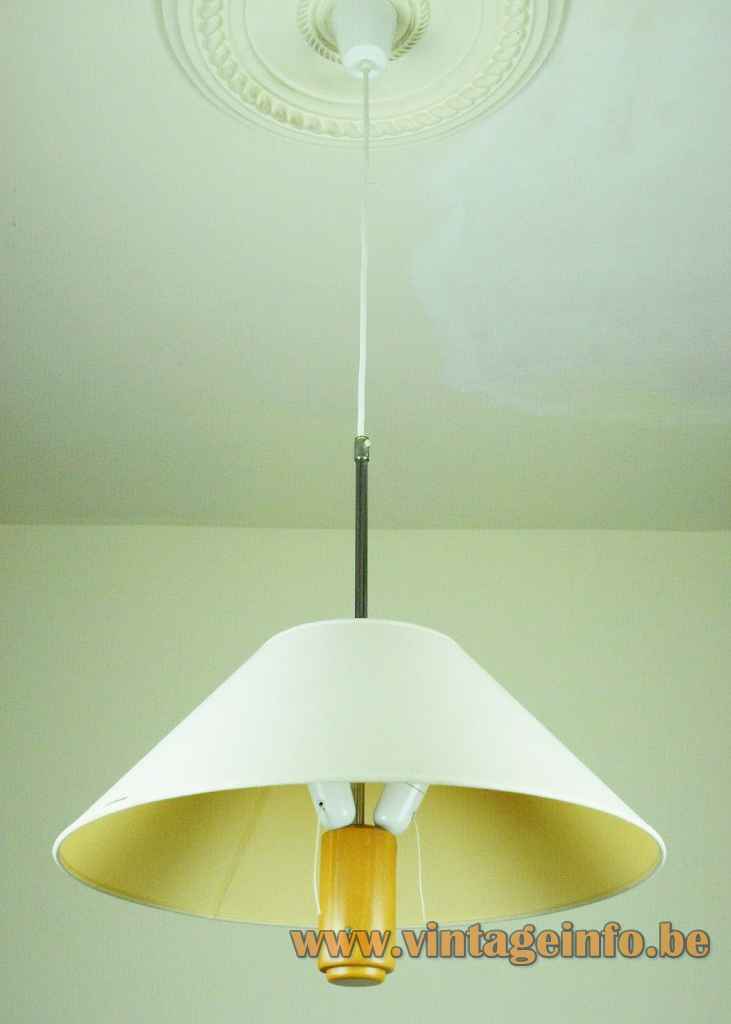 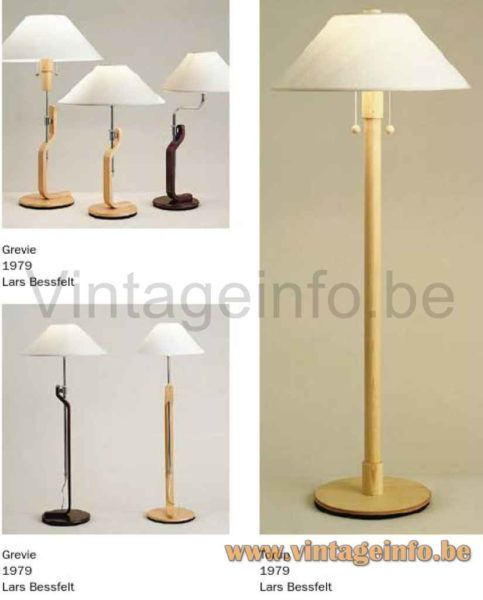 Other versions: The Lars Bessfelt Ateljé Lyktan pendant lamp was also made as a table lamp and floor lamp. The name is Torup.

Lars Åke Bessfelt was born, December 12, 1945. He designed several lamps for the Ateljé Lyktan company. Among others, the Grevie lamp series (below) in 1979, the Hanö in 1985, the Hockey, Bombus and Cleo in 1986, the Corona and Oval in 1987, and probably several other lamps.

Today Lars Bessfelt is the CEO of his own company Zlamp in his hometown Anderslöv. He still designs lamps, you can find them all on his website.