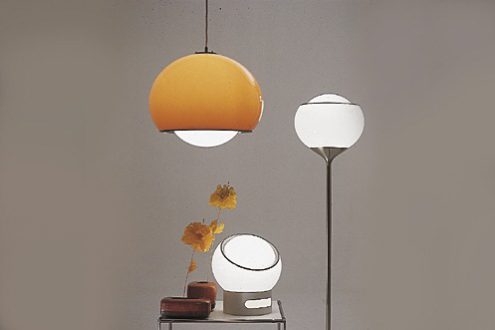 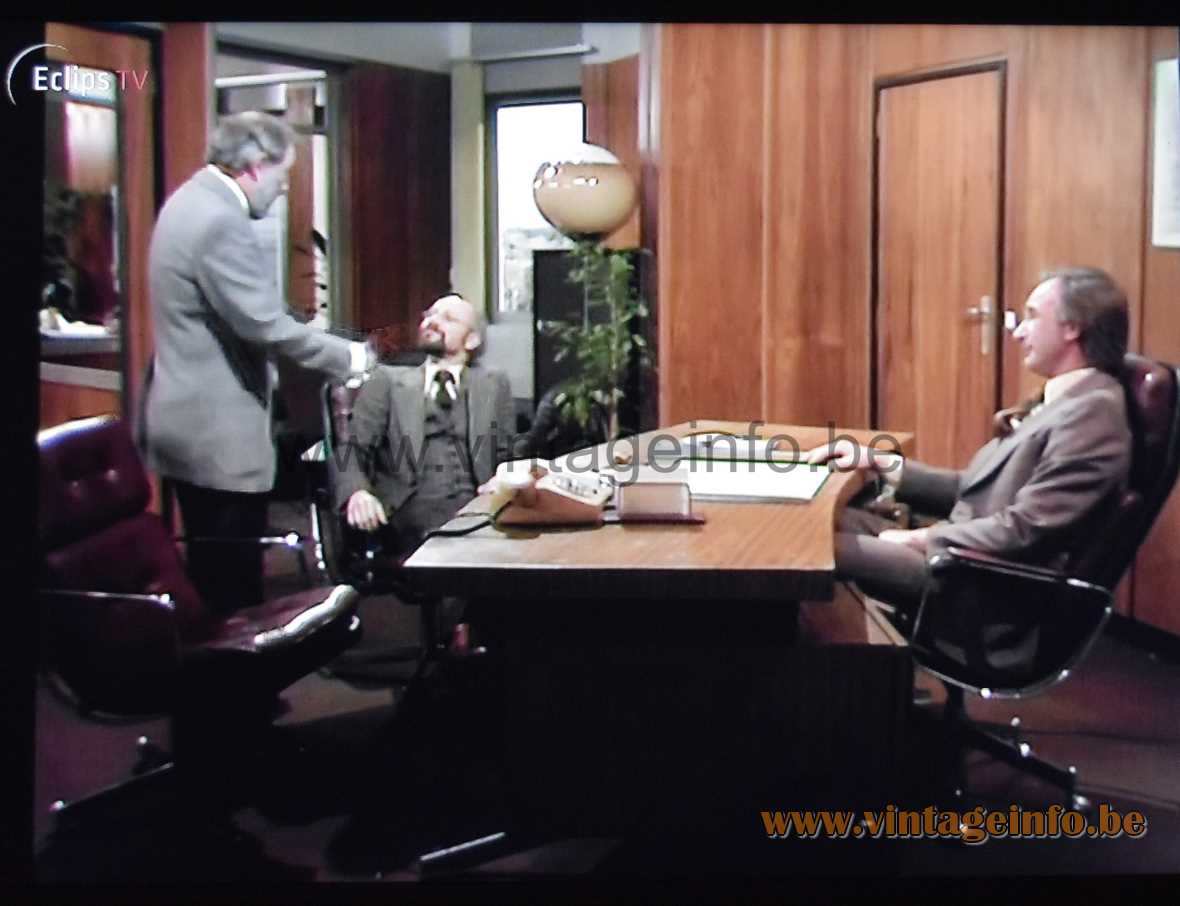 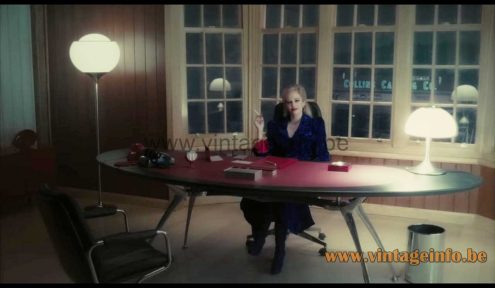 A Harvey Guzzini Flash floor lamp appears in the 1970 Franco-Italian crime film Le Cercle Rouge (The Red Circle). Starring Alain Delon, Andre Bourvil, Yves Montand and Gian Maria Volonté. Many lamps were used as a prop in this movie. It was the fifth most popular film of the year in France. 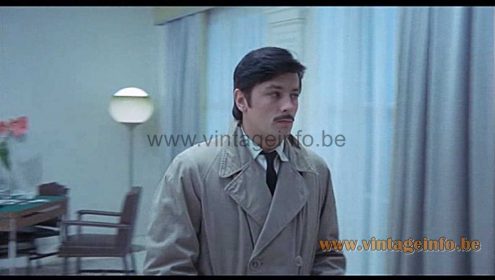 A Harvey Guzzini Flash floor lamp was used as a prop in the 2020 Spanish-German crime film Ofrenda A La Tormenta (Offering to the Storm). It is the third and final instalment in the Baztán Trilogy. In all 3 films many lamps appear. Although it is almost an overkill in this last film. Starring Marta Etura, Leonardo Sbaraglia and Paco Tous.

A Harvey Guzzini Flash floor lamp was used as a prop in the 2022 American supernatural horror film Hellraiser. Starring Odessa A’zion, Jamie Clayton and Adam Faison. Many other Harvey Guzzini lamps appear in this movie that was filmed in Serbia. So they probably all have a Meblo label.

Materials: Chromed metal (iron) round base with a cast iron counterweight inside. Long chrome rod. Chrome round conical lampshade holder. Some metal parts, screws and nuts. Acrylic brown degrading globe lampshade with a chrome ring attached (glued). White layer on the inside. White curved half round acrylic difusser on top. Bakelite E27 socket.

Designer: Studio 6G, the design team of Harvey Guzzini in 1968.

Other versions: The Harvey Guzzini Flash floor lamp was also made as a pendant lamp (Bud & Bud Grande), floor lamp (Clan) and a table lamp (small Clan only produced from 1968 to 1972). Also and a BUD flush mount exists. The flush mount of this lamp with a chrome base is sometimes sold as a table lamp, beware!

Colours: white, gradient brown, opaque, green and orange. During the years some other colours were also produced. Also a white version with brass/gold coloured metal exists.

A Harvey Guzzini Flash floor lamp was used as a prop in the 1981 Canadian science-fiction horror film Scanners. Starring Jennifer O’Neill, Stephen Lack and Patrick McGoohan. Also a Harvey Guzzini Birghitta table lamp appears in this movie, together with several other lamps. 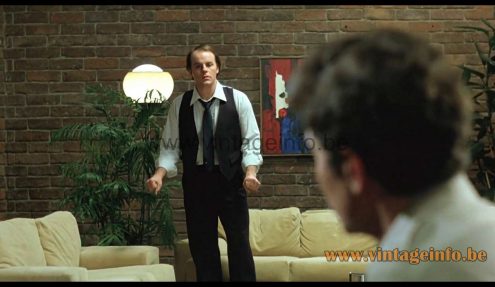