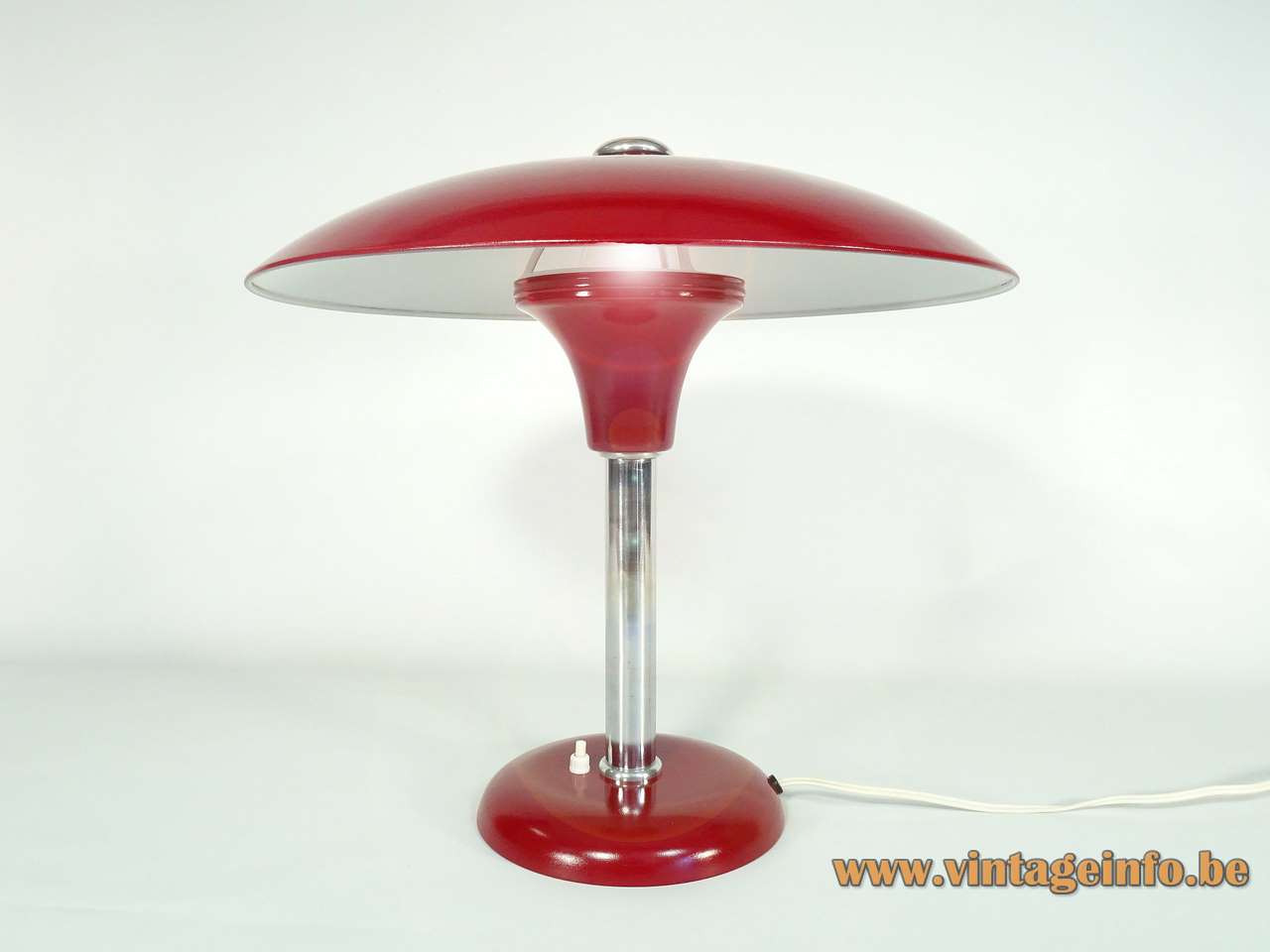 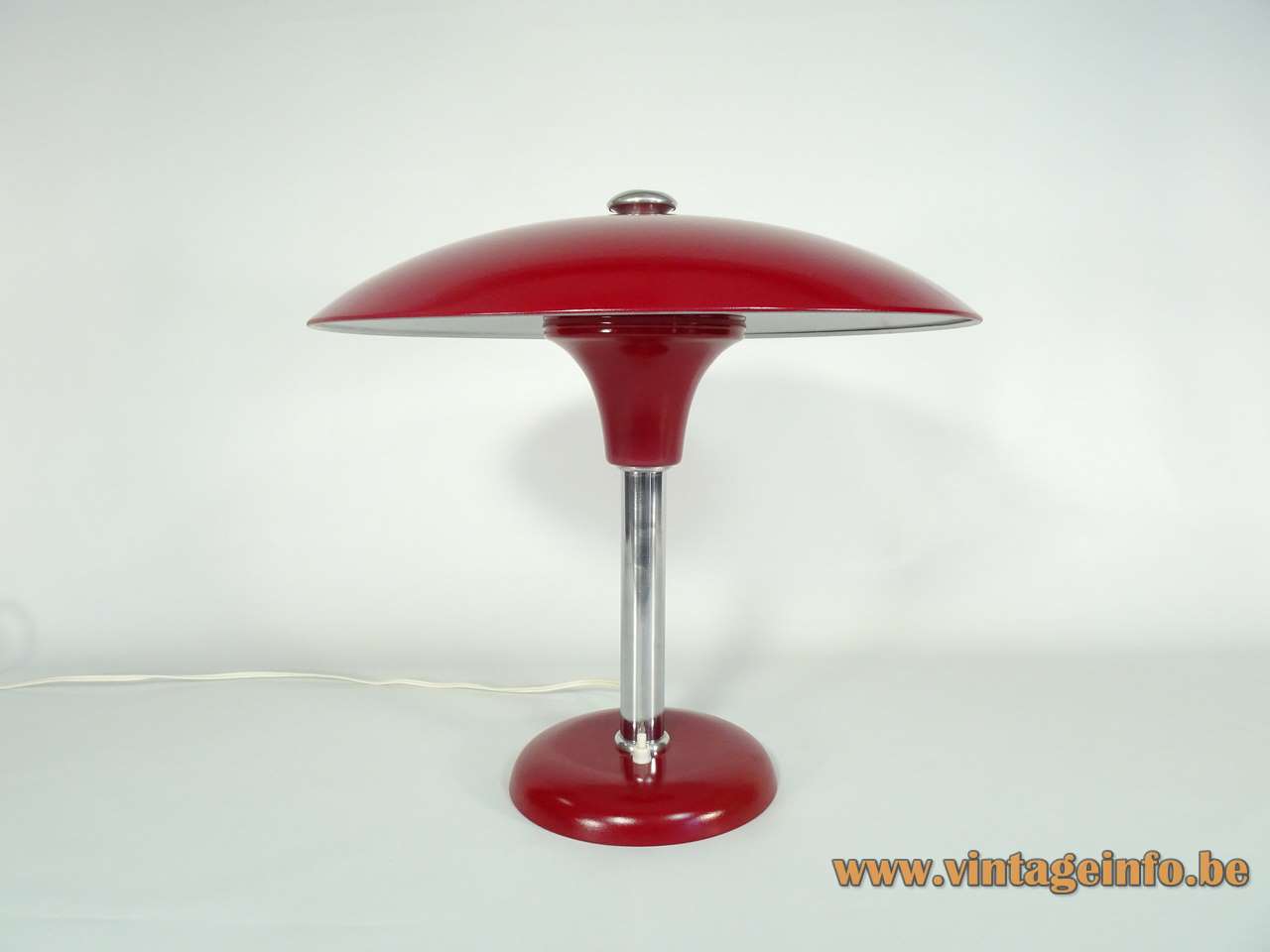 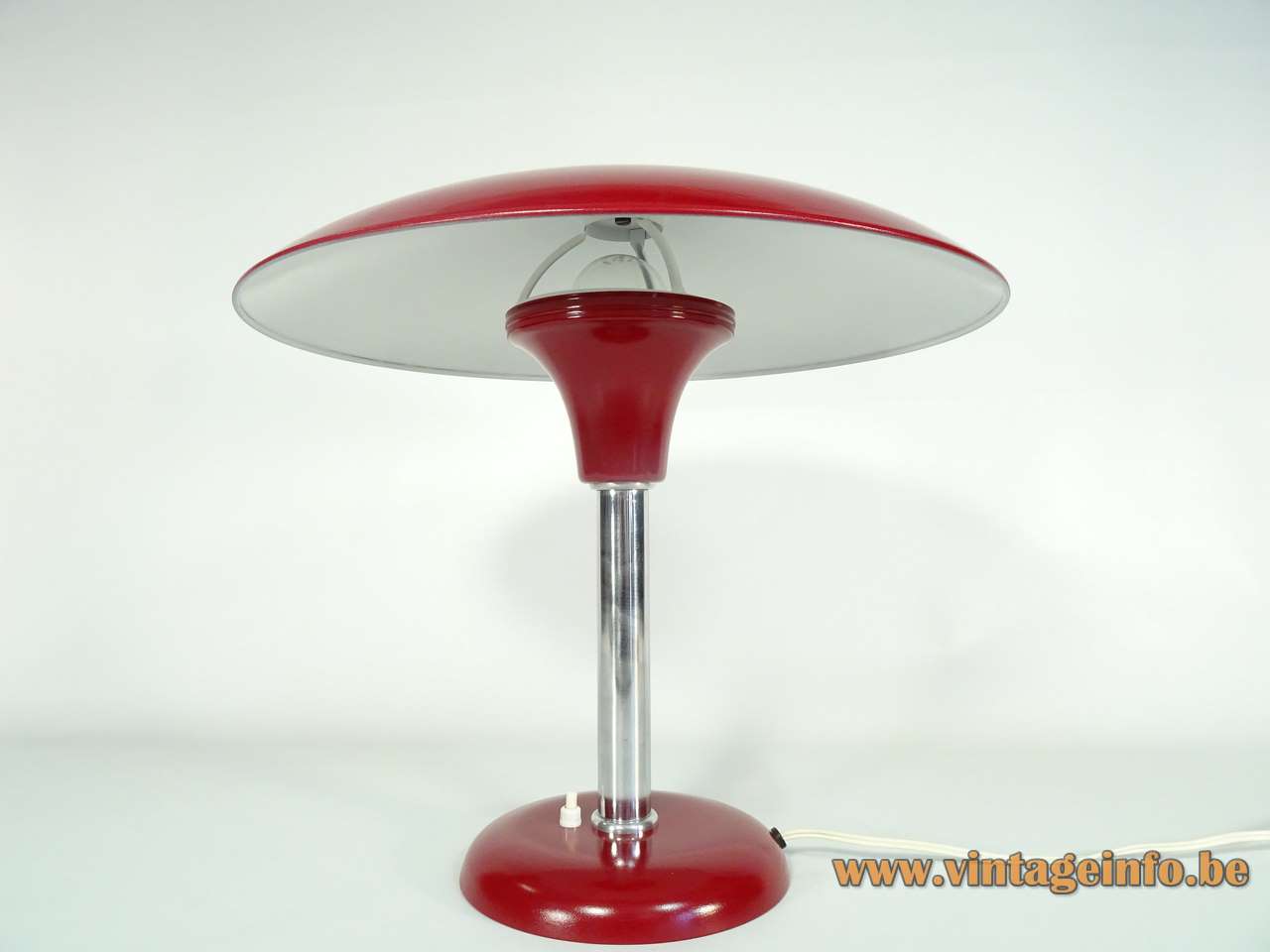 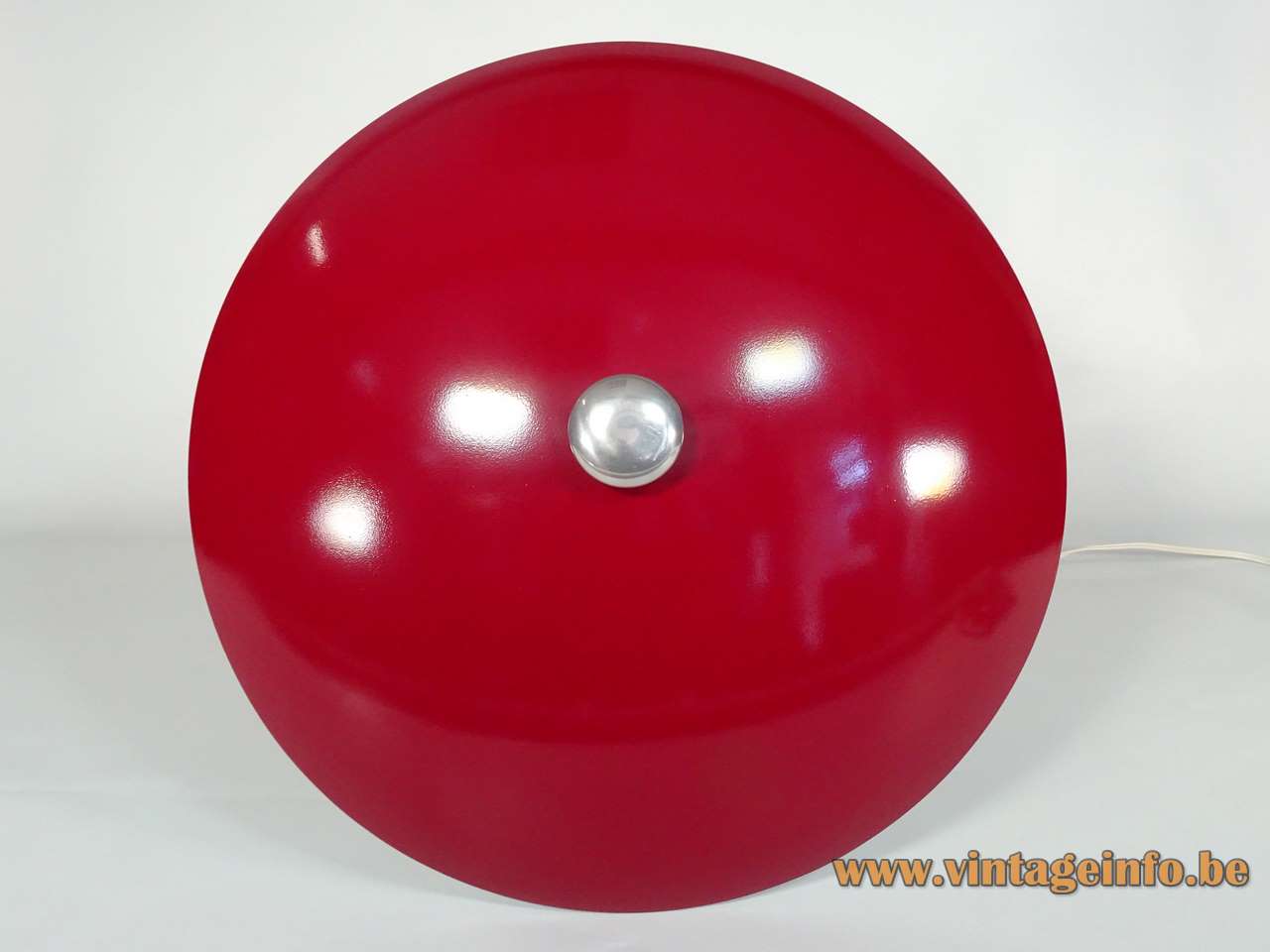 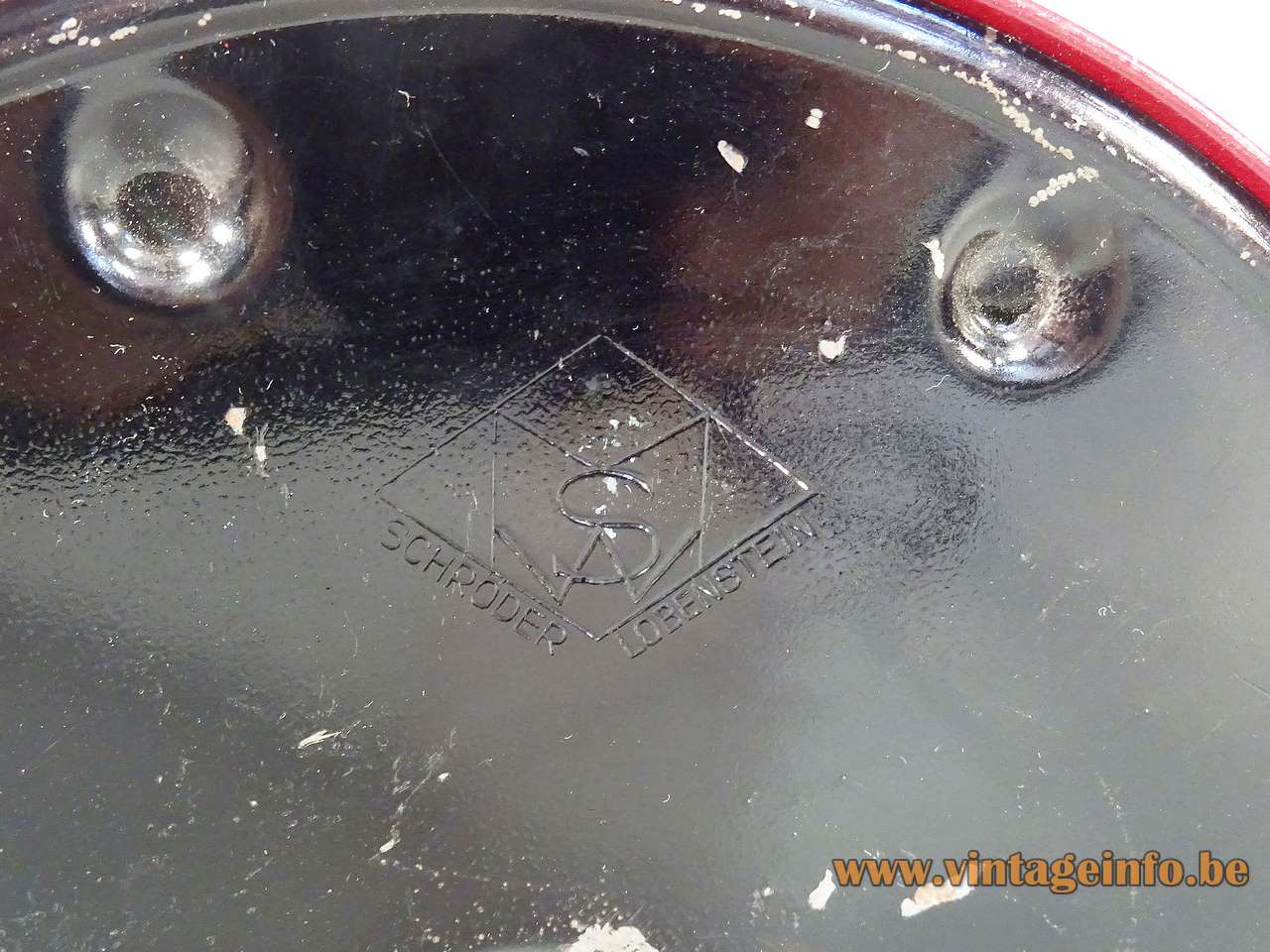 Lomafa site in Bad Lobenstein must be rehabilitated – in German

Massive 1980s copy of this lamp

Many thanks to Rok and Petra from TheFifthHandShop for the beautiful pictures and enthusiasm. You can find their shop over here on Etsy. And many thanks to Ger for the photo of the black version.

Other versions: This Max Schumacher desk lamp was made in many colours. It was copied by many other companies, such as the Belgian Massive.

The Metallwerk Werner Schröder (metal works) company was founded in 1934 in the small German town Lobenstein, today named Bad Lobenstein. Today, 2019 it has a population of about 6000 inhabitants.

During the Second World War, 60 women and men from Eastern Europe who were housed in two “Eastern Labour Camps” had to do forced labour: in the Werner Schröder factory, in the sawmill and in the Bahnmeisterei (railroad).

After the war, in 1948 when the communists came to power and the company became state-owned, the name changed to VEB (B) der Metallwarenindustrie (MEWA) Lobenstein (Metalware industry). The company was merged with VVB (Z) der Metallwarenindustrie (MEWA), Zwickau, some 70 km / 40 mi further east. Later the name changed in Lomofa.

The privatisation after the fall of the Berlin wall was not a success. A few years later the company ceased to exist. In 2011 the building was demolished and the grounds had to be thoroughly cleaned up.

Unfortunately no information can be found about Max Schumacher.

The company should not be confused with Beleuchtungskörperfabrik Schröder & Co. (Escolux) from Neheim-Hüsten, also a German lighting producer. 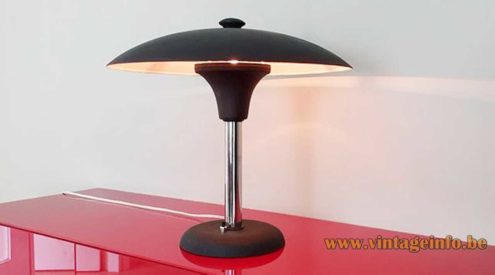 A Max Schumacher desk lamp was used as a prop in the 2019 Polish spy film The Coldest Game. Starring Bill Pullman, Lotte Verbeek and James Bloor.

A Max Schumacher desk lamp was used as a prop in the 2018 Israeli-American spy thriller film The Angel. Starring Marwan Kenzari, Toby Kebbell and Sasson Gabai.