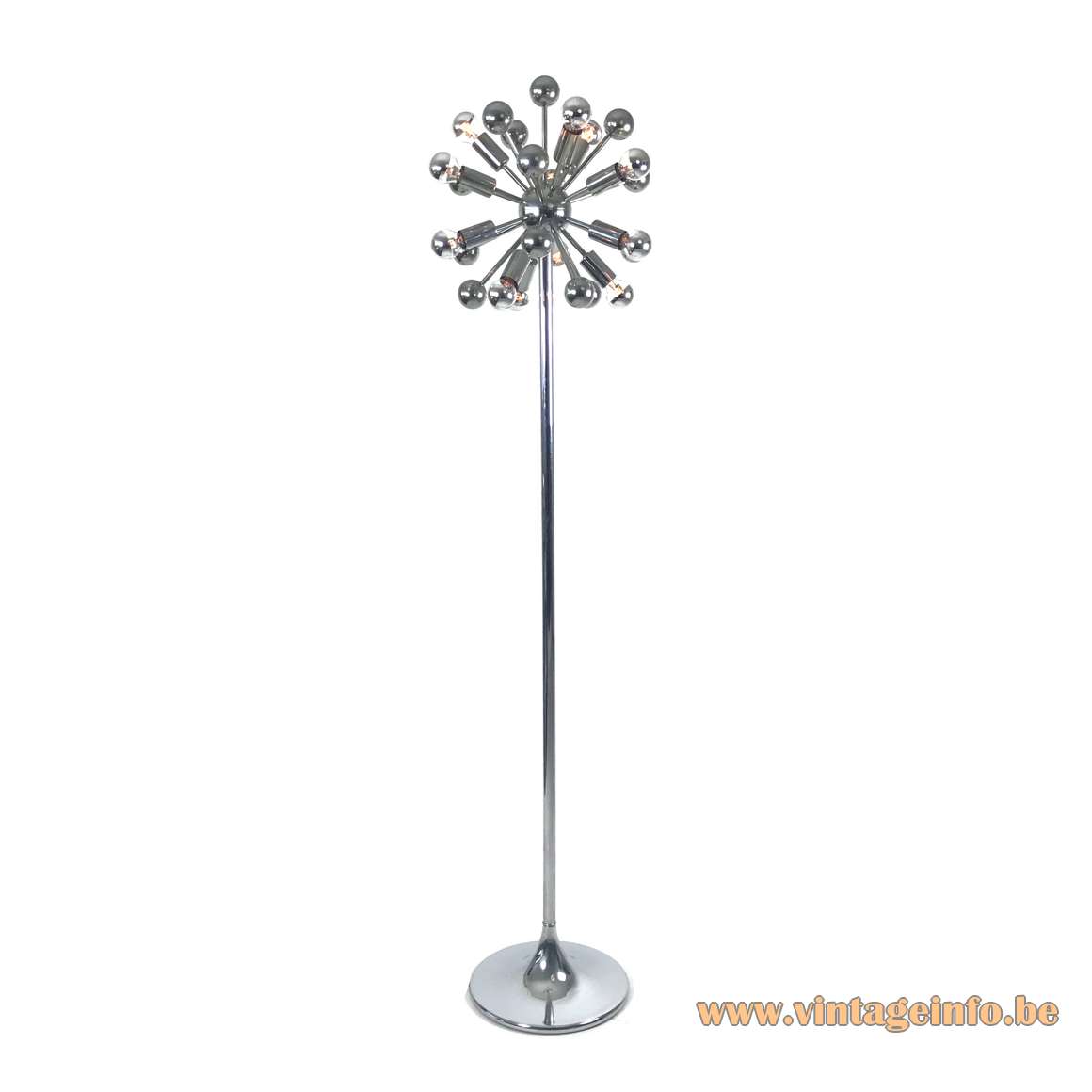 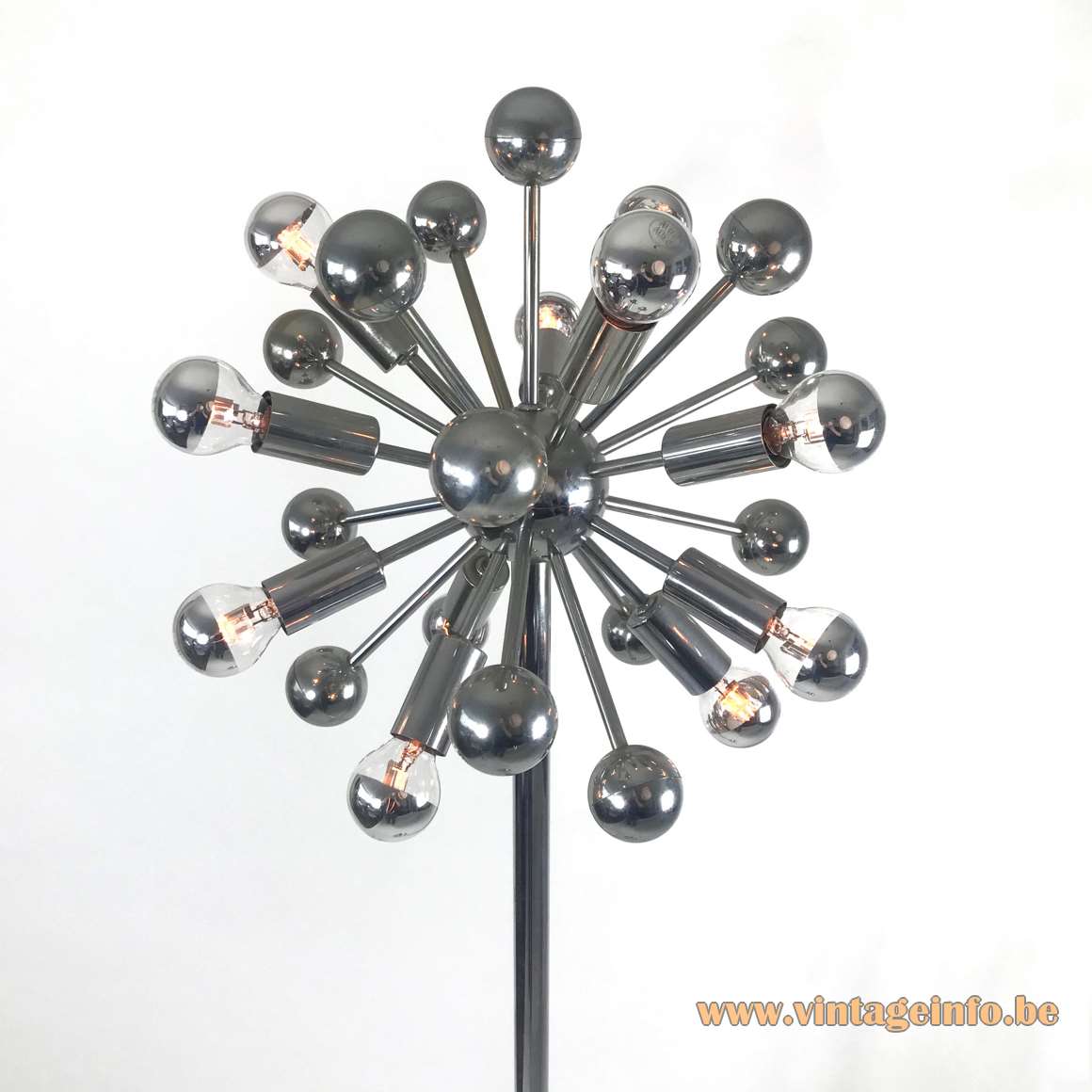 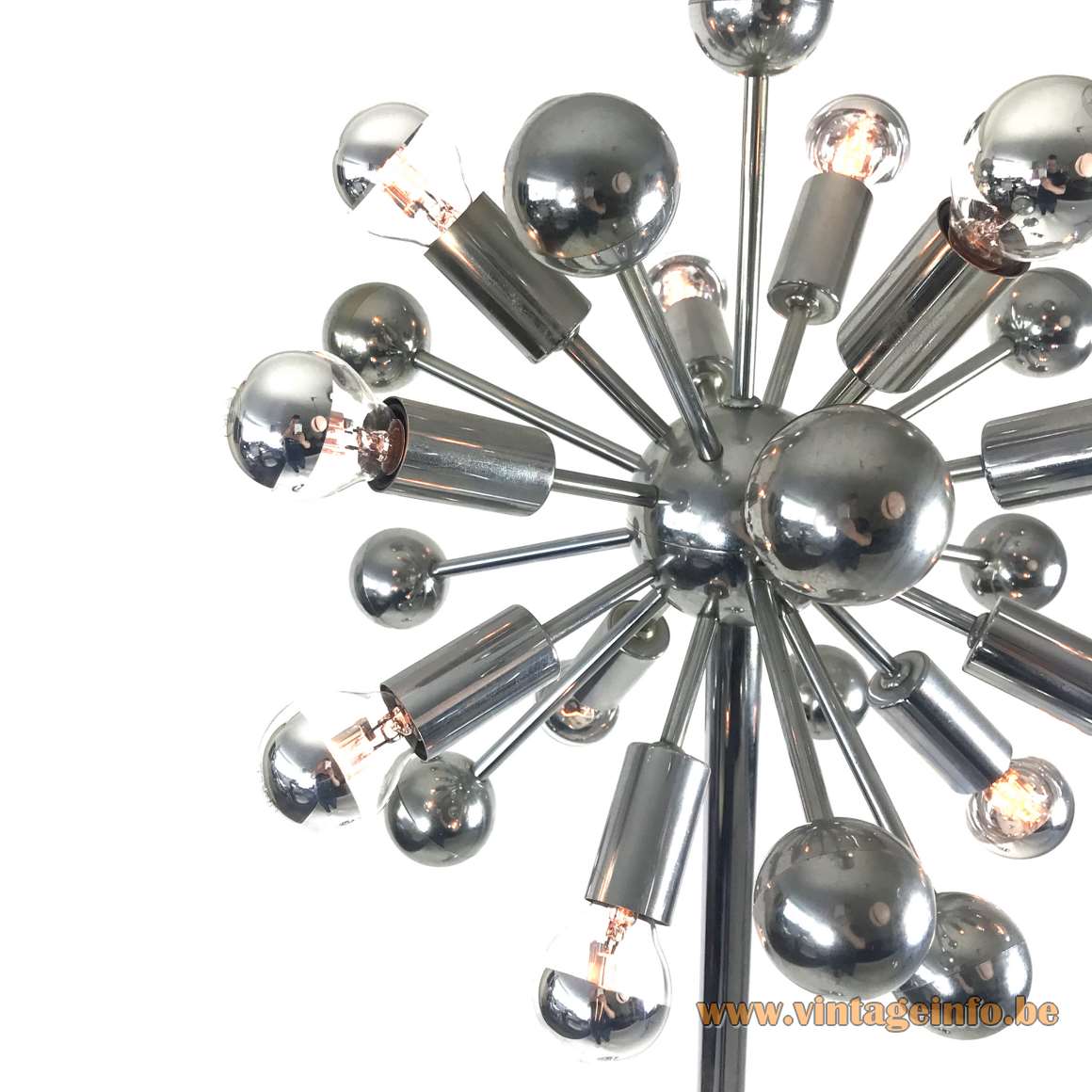 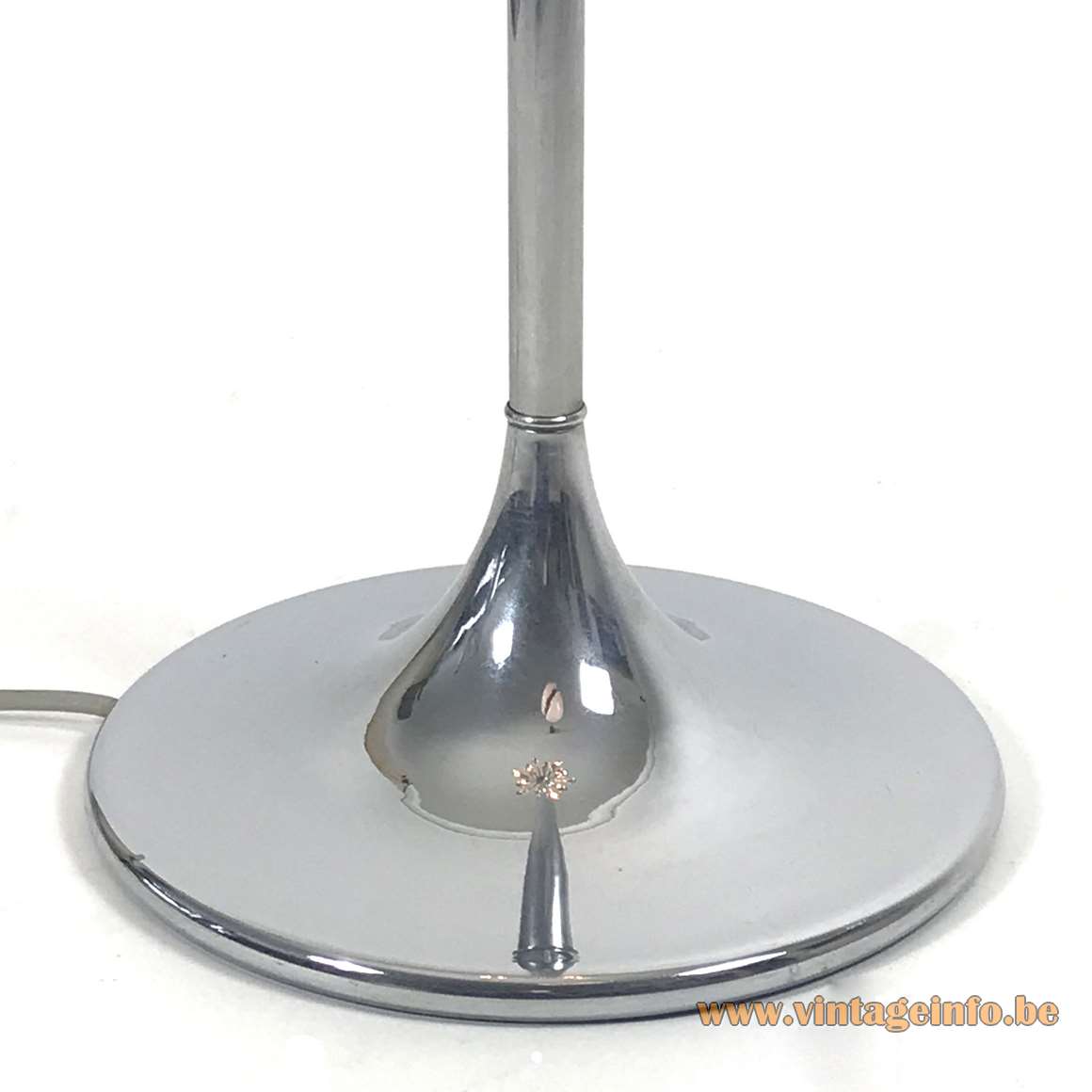 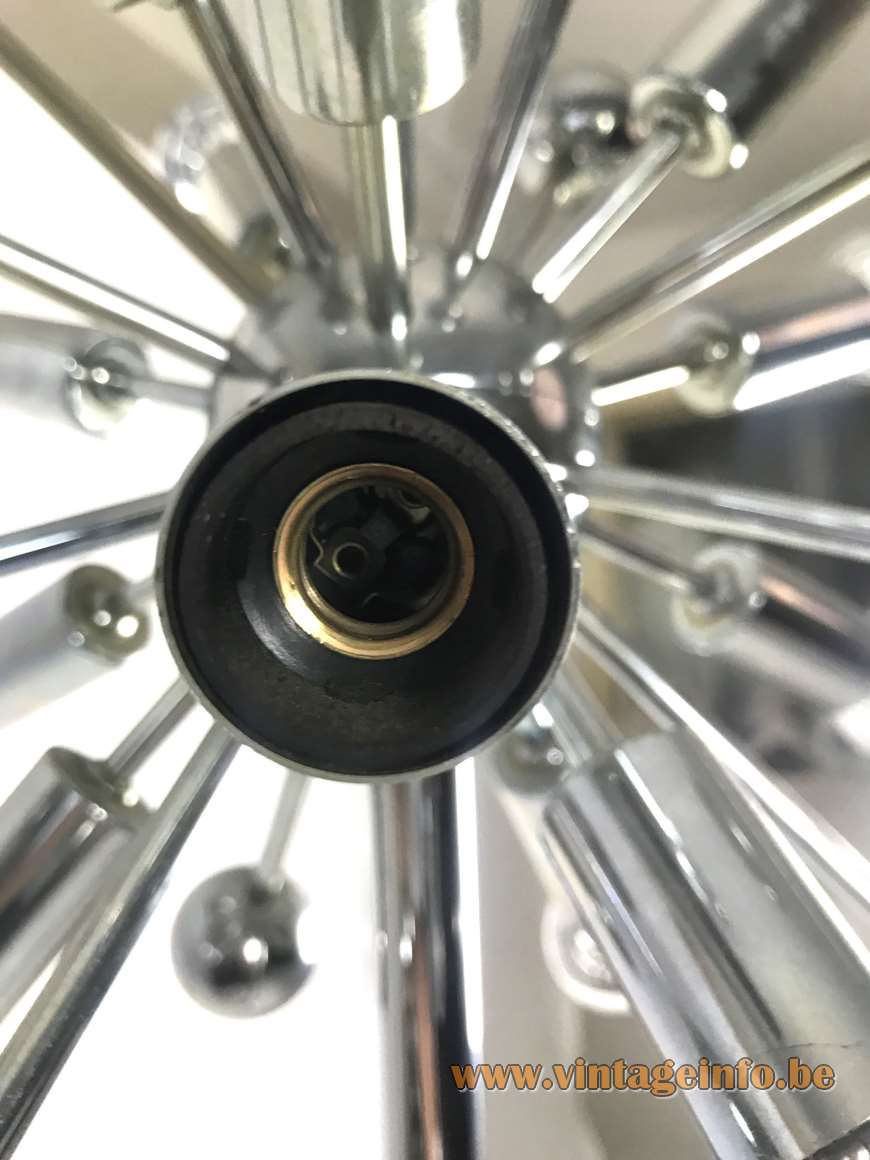 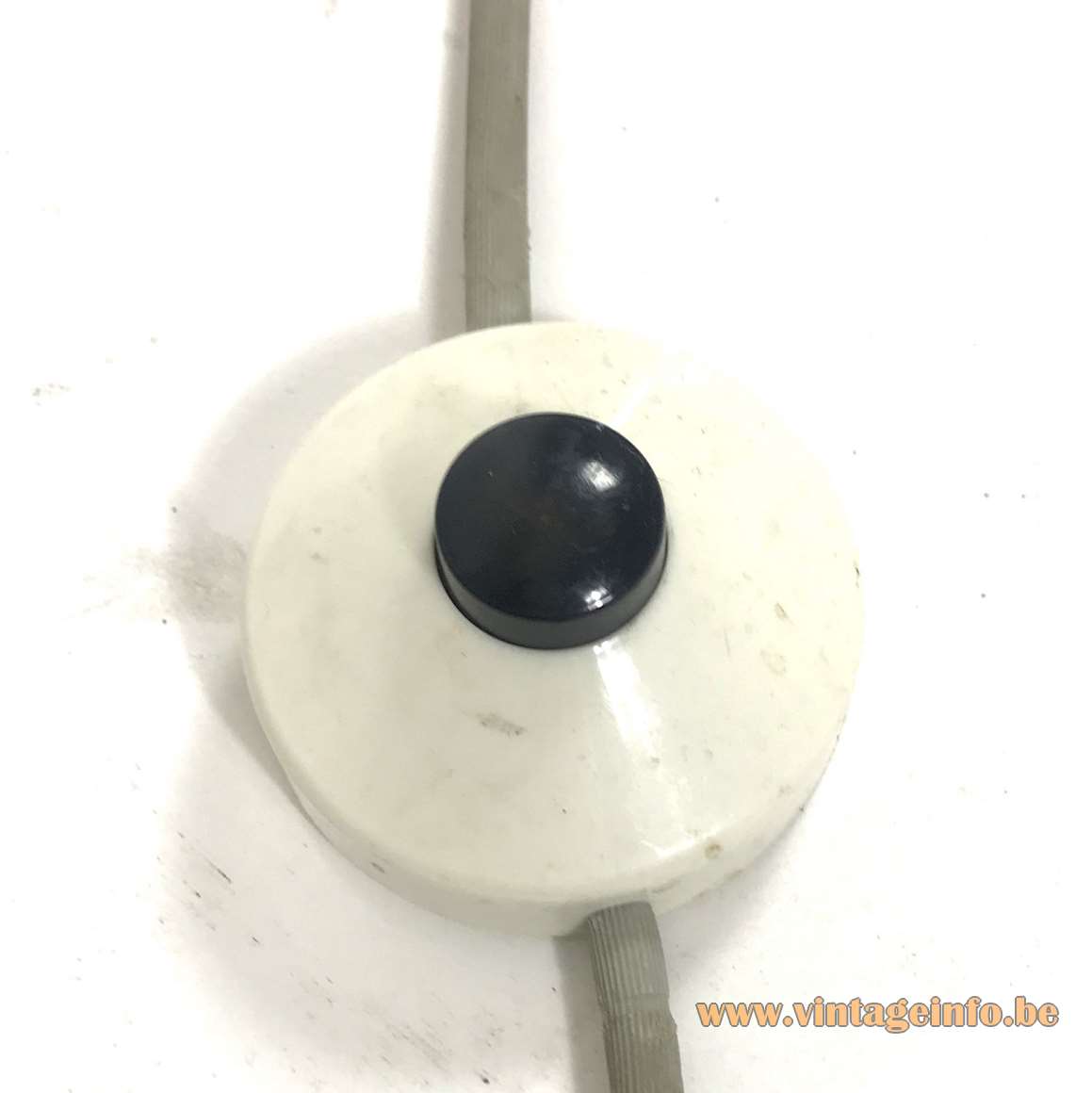 The earliest design of these sputnik lamps dates back from the late 1950s, when the Soviets launched their Sputnik 1 satellite into orbit in 1957: the space age has begun. Gaetano Sciolari was one of the first designers of this type of lamps, if not the first.

A chrome Sputnik table lamp, maker unknown, appears in the 2015 British crime drama television series Midsomer Murders, season 17, Episode 1, named The Dagger Club. Starring John Nettles, Daniel Casey and Barry Jackson. With a “triennale” style floor lamp on the background and a Carlo Moretti (or in the style) vase on the right. 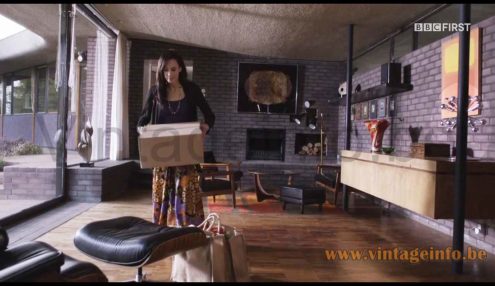