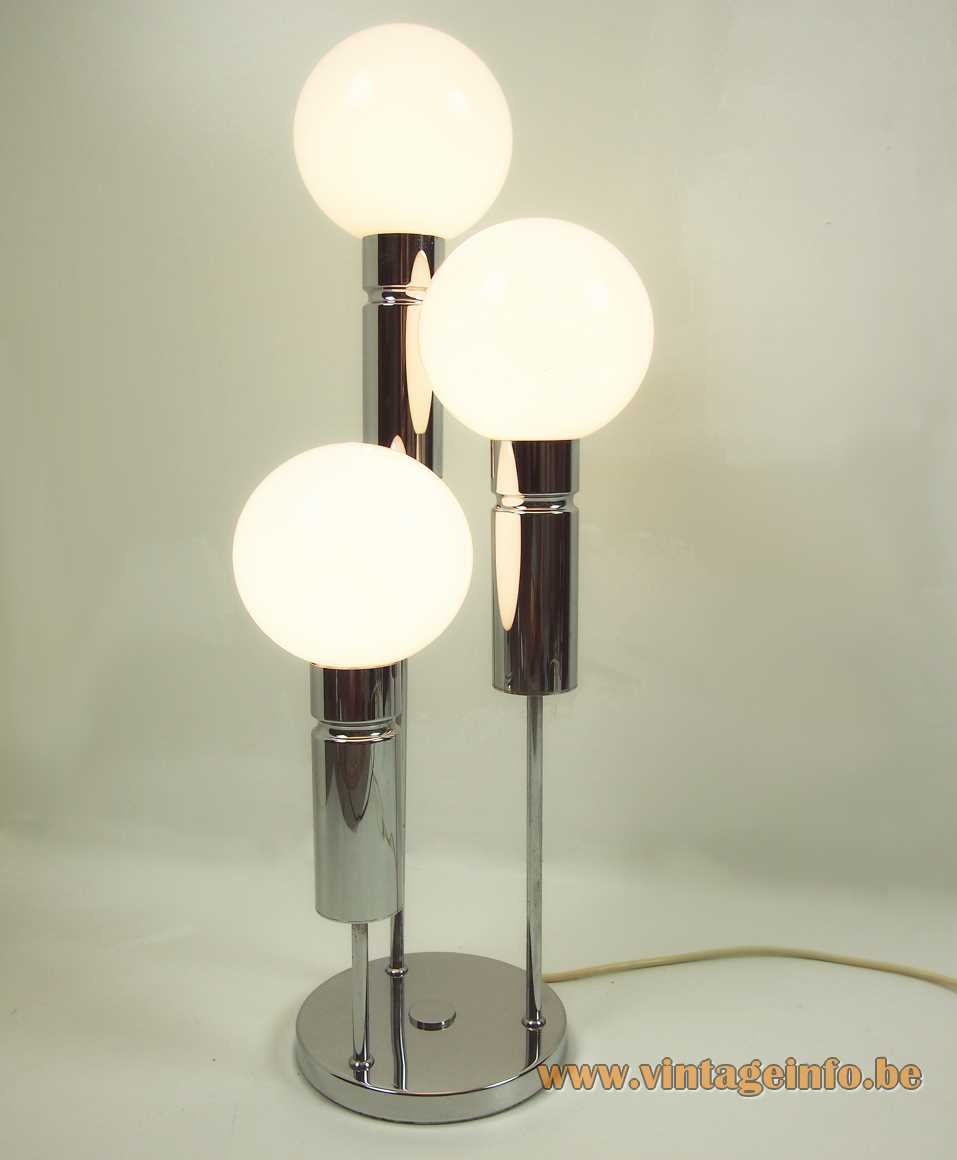 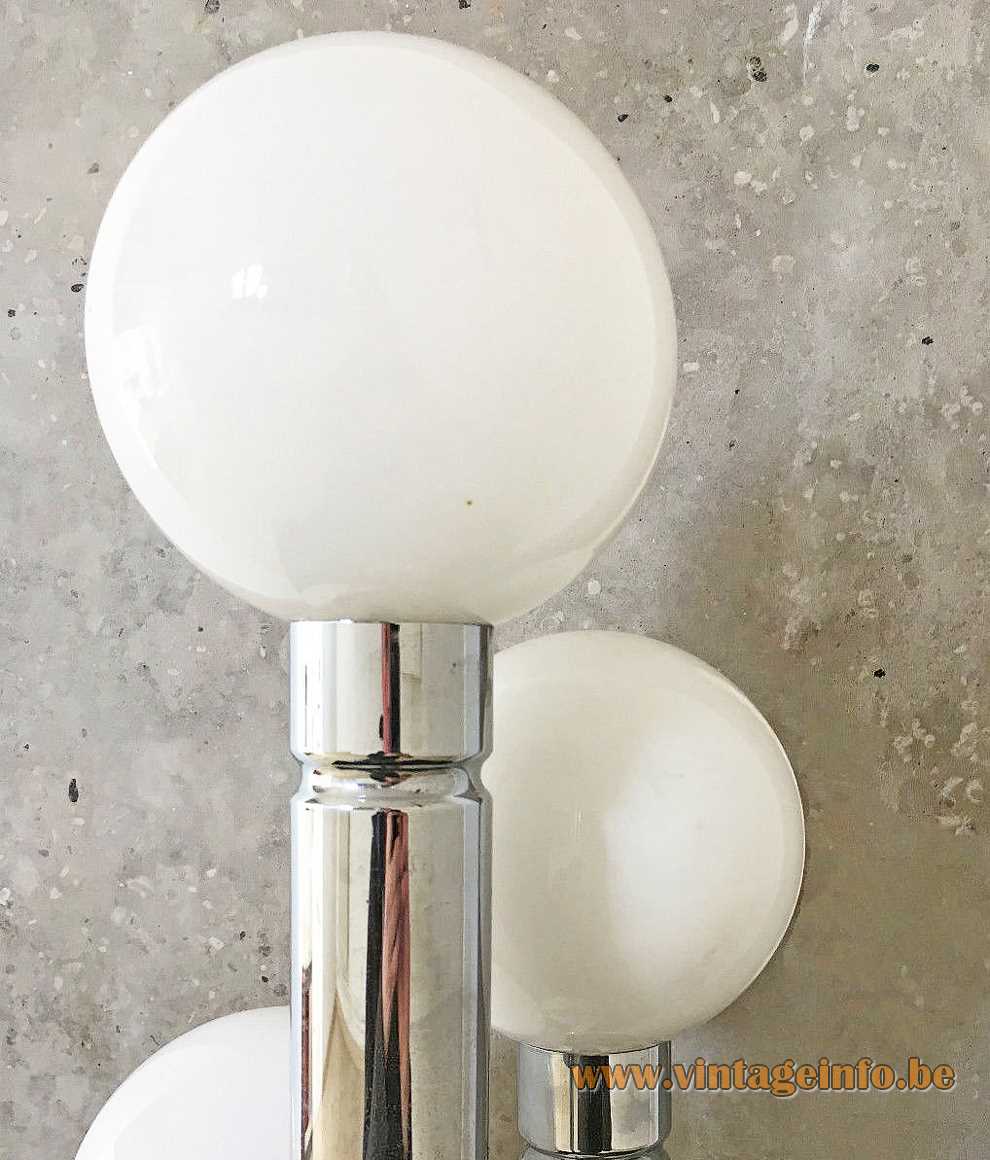 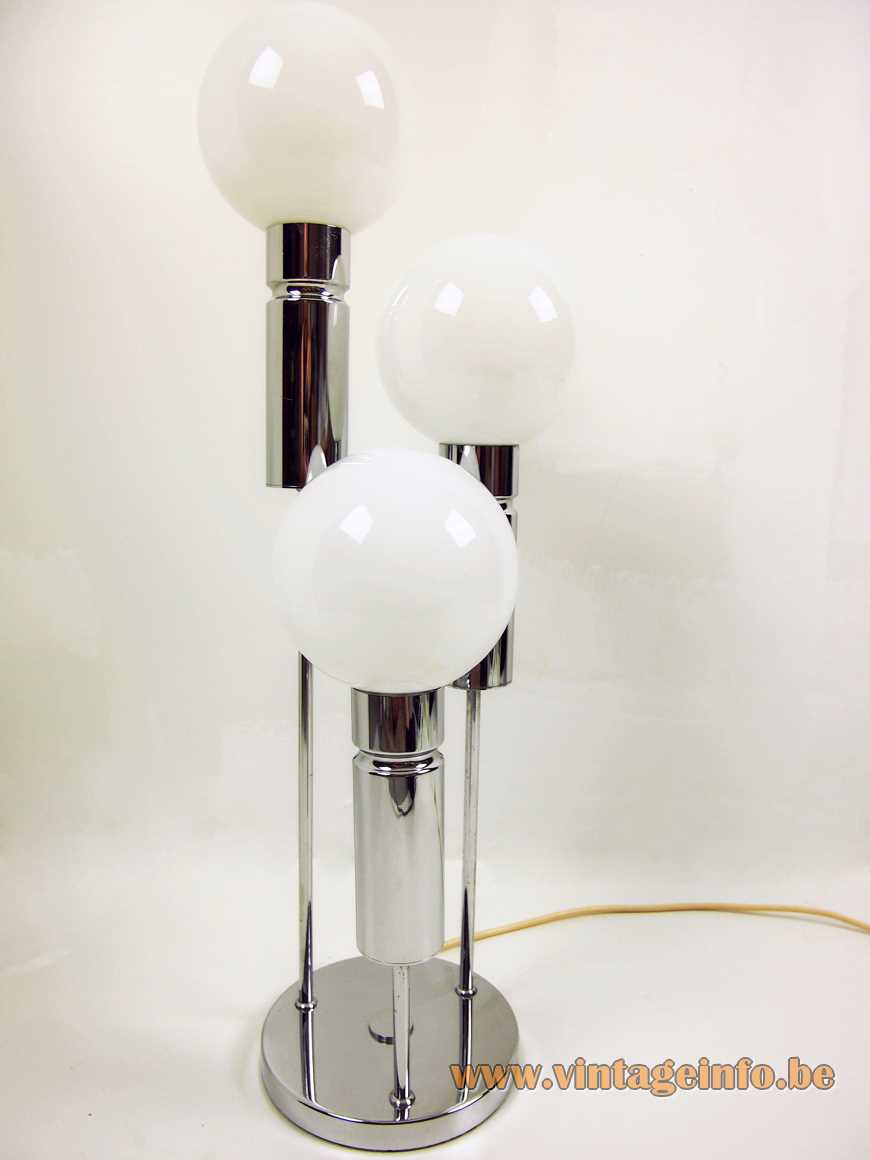 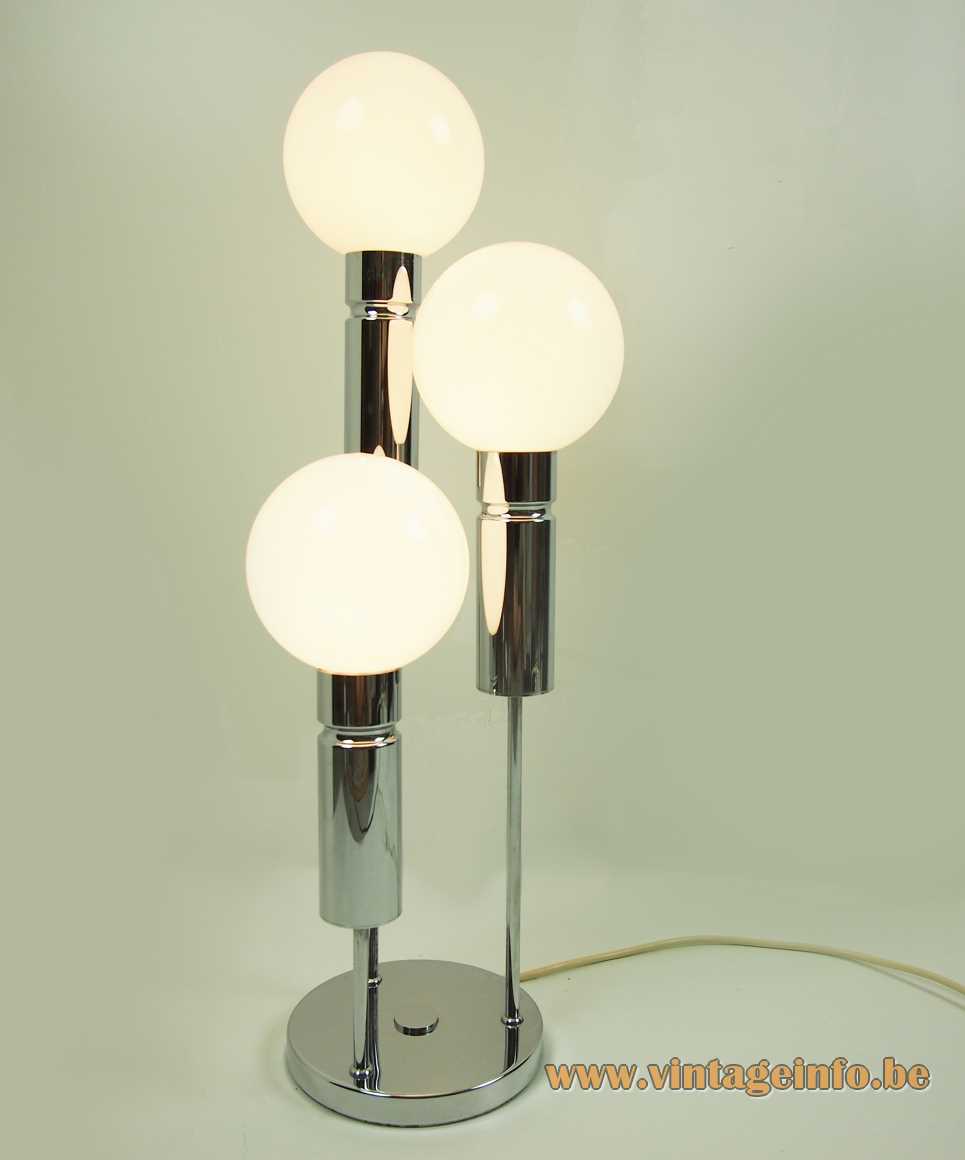 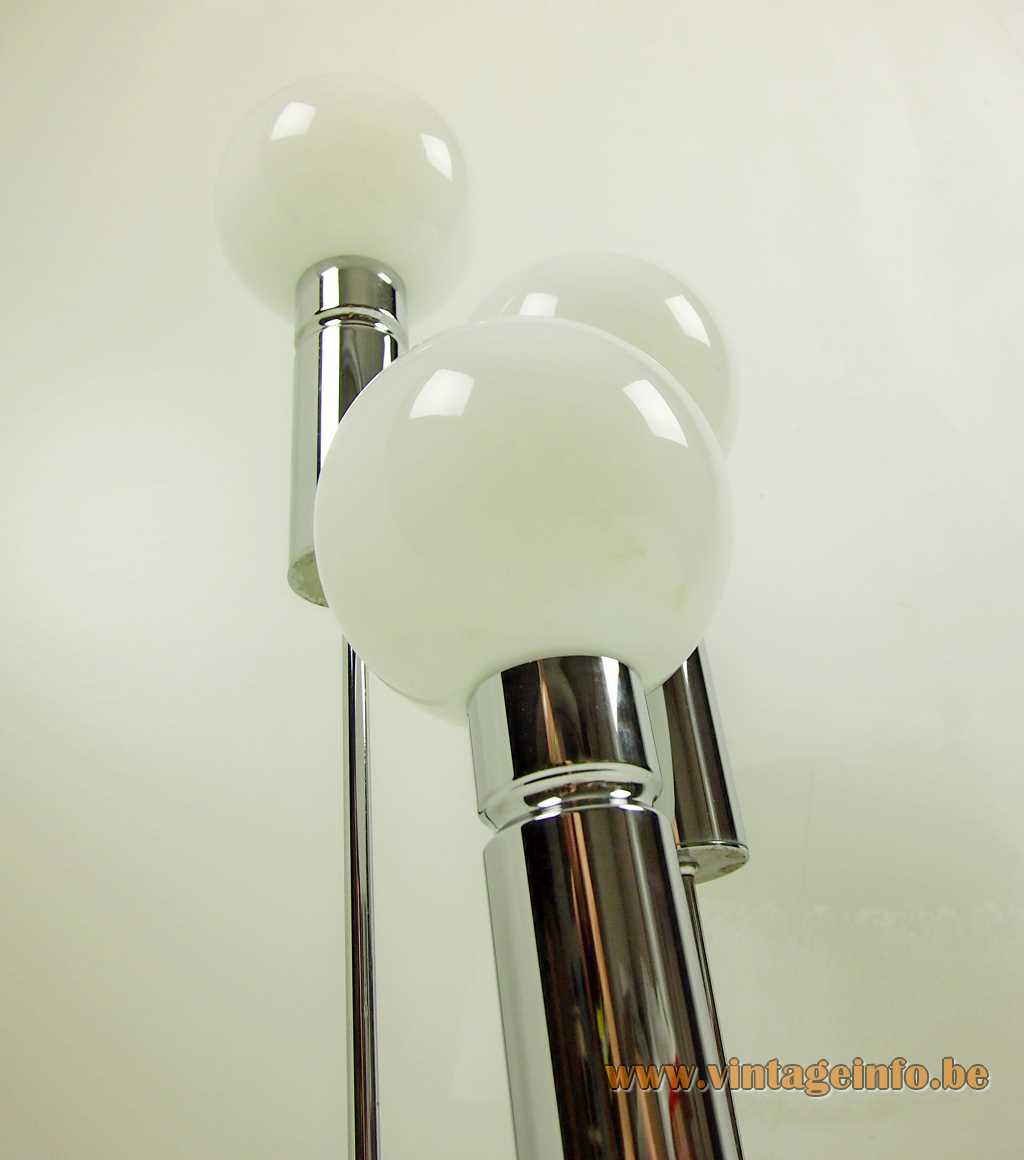 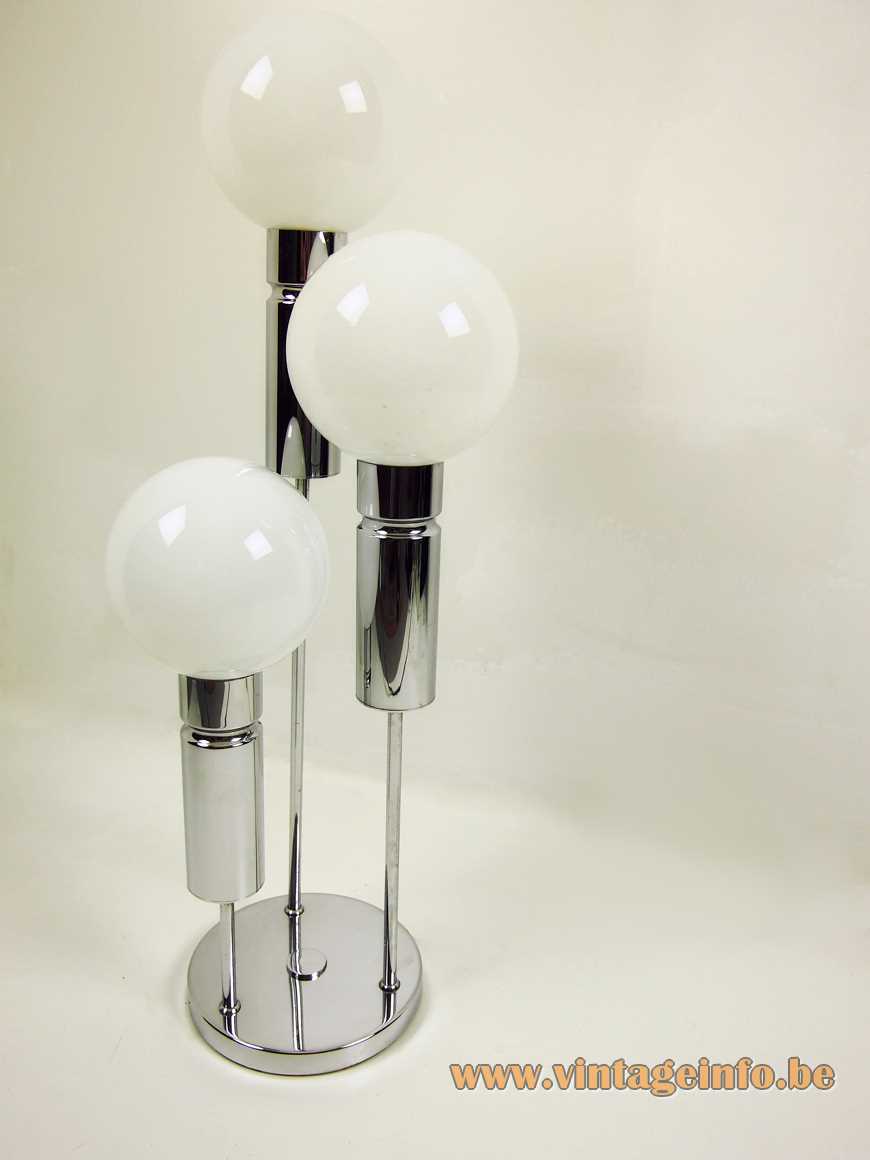 Other versions: This Solken-Leuchten globes table lamp was made in several varieties. Also made in brass with smoked glass globes. Often used as a floor lamp.

Josef Sölken GmbH & Co. KG Leuchtenfabrik was founded in January 1950 as a family business. Over the years they produced and sold many lamps. Many of them were also sold by Massive from Belgium. The company Sölken was declared bankrupt in 2001, it had been in trouble for some time.

And another opal globes table lamp