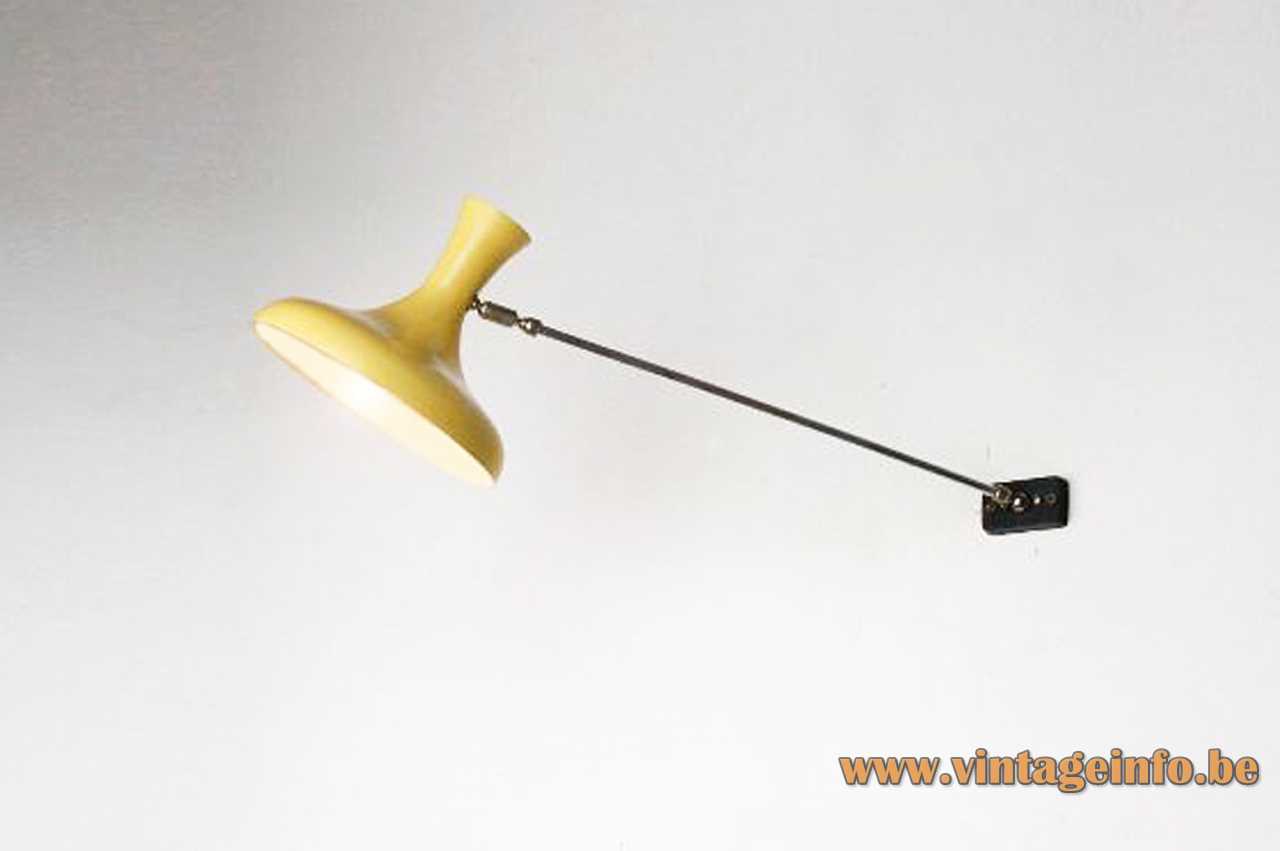 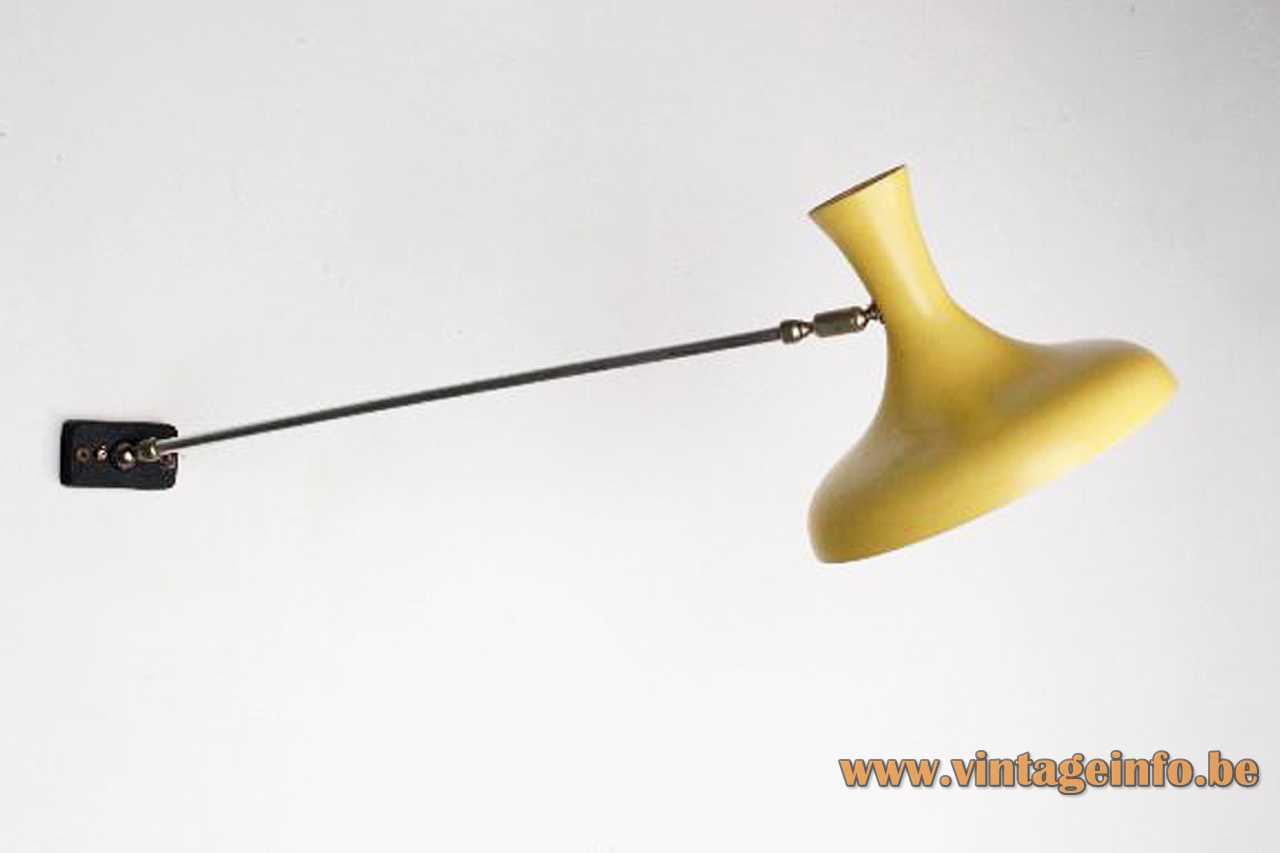 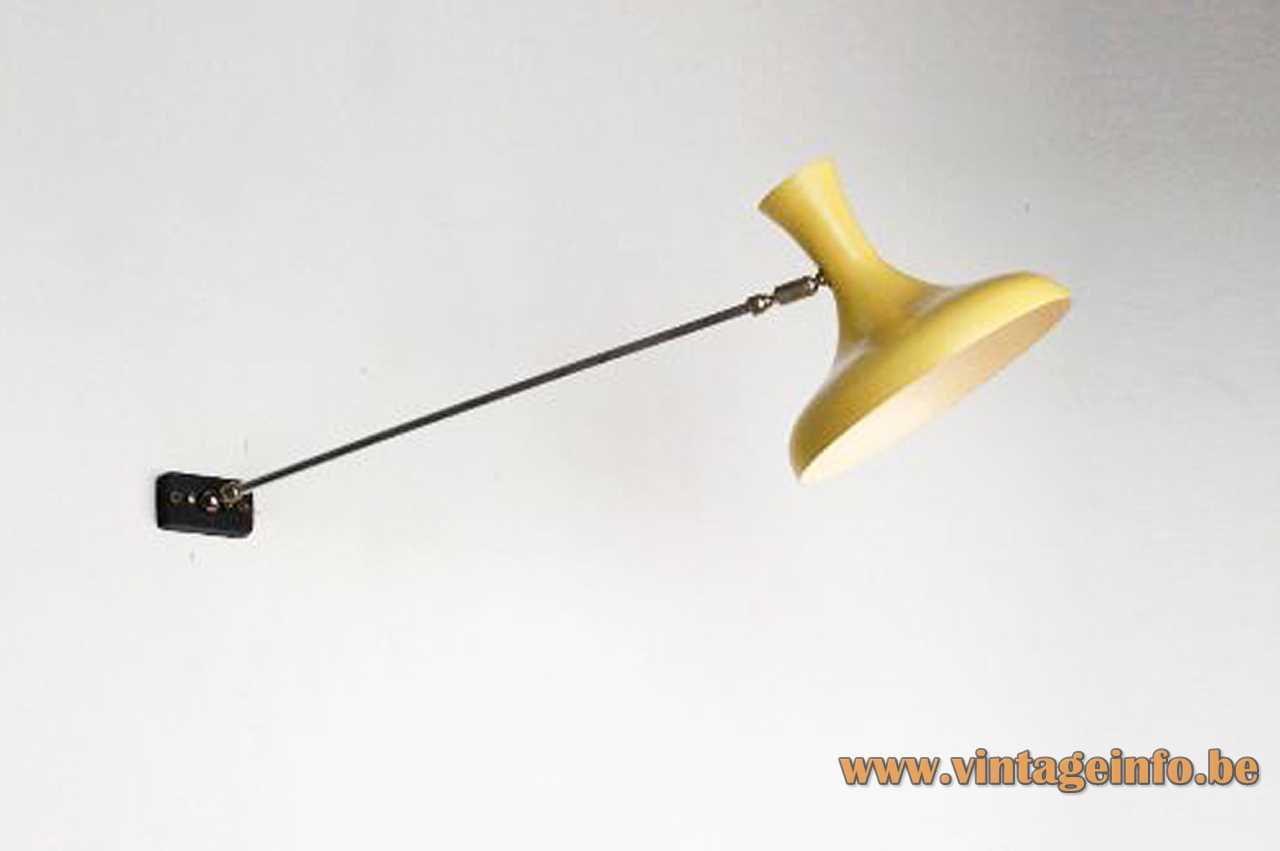 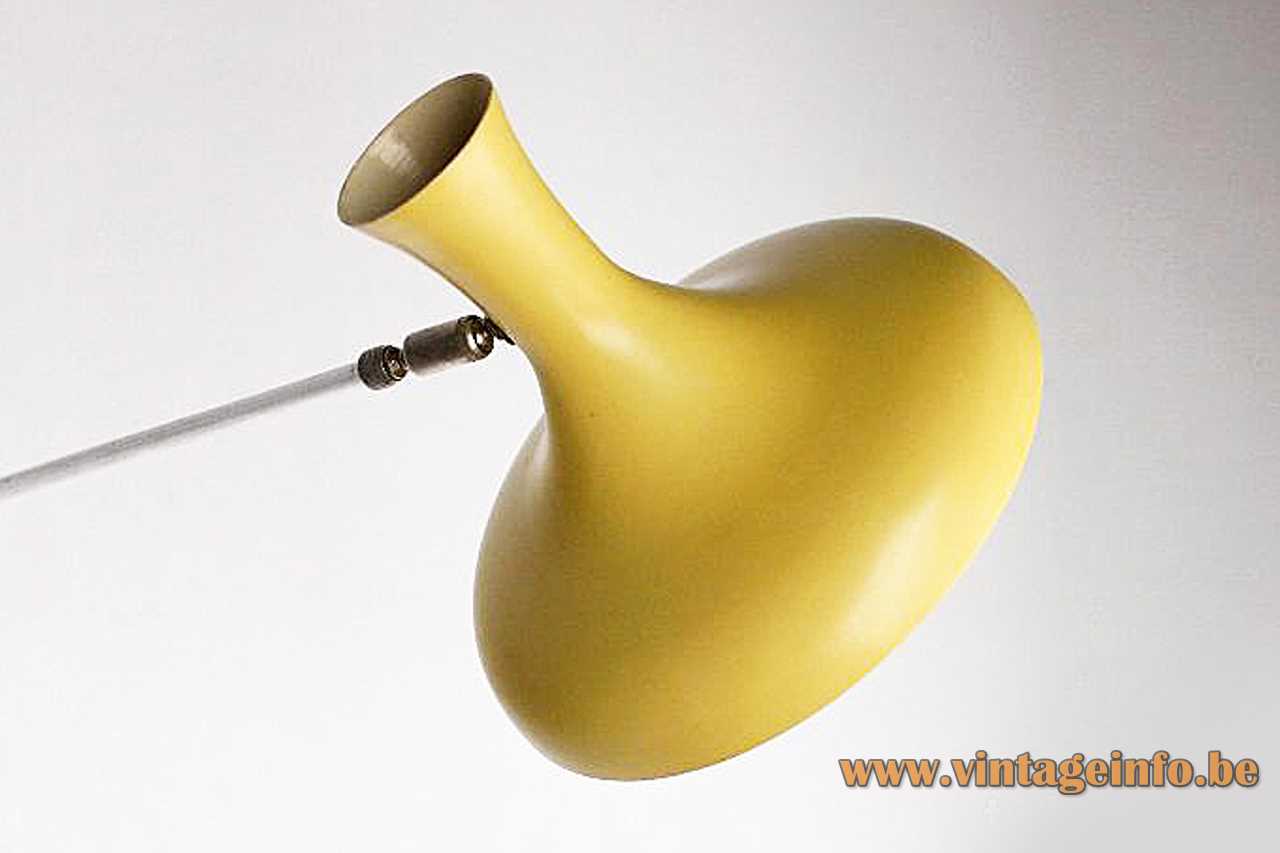 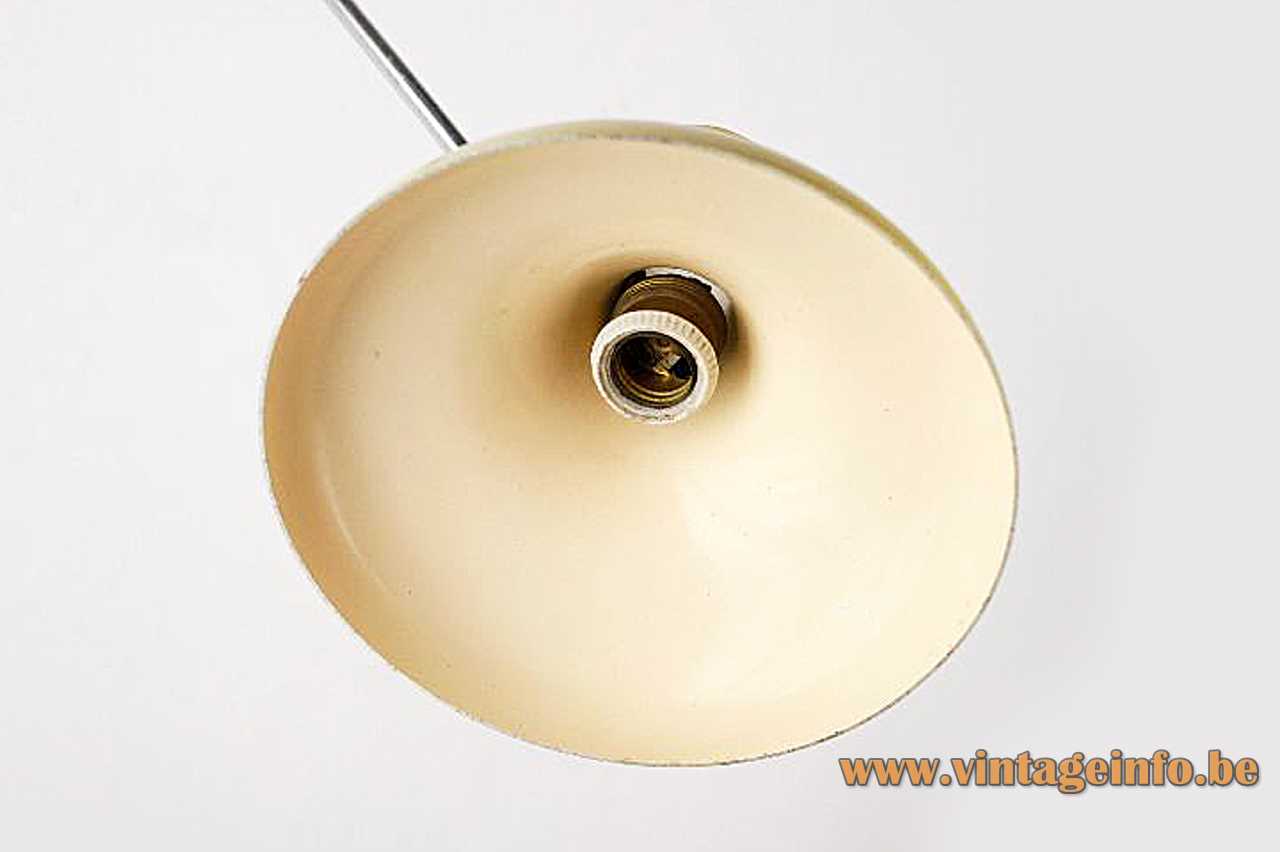 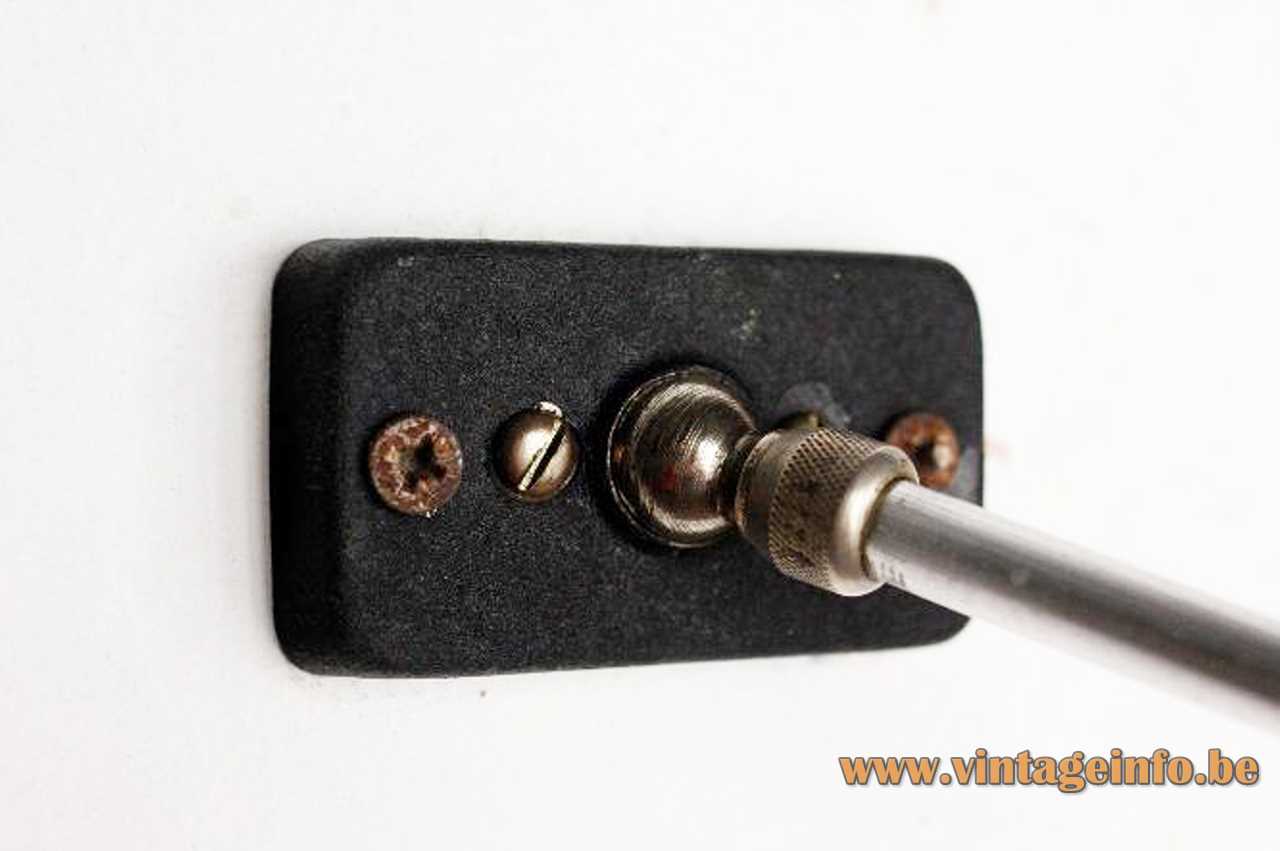 Desk lamps with the same lampshade

Other versions: This Erpé diabolo wall lamp exists in several colours and was also made with a shorter rod. Thanks to the 2 joints the lamp can move in every direction. The lampshade was also used for desk lamps.

Often said that this diabolo lampshade is a design by Louis Kalff (Philips), but those are false assumptions.