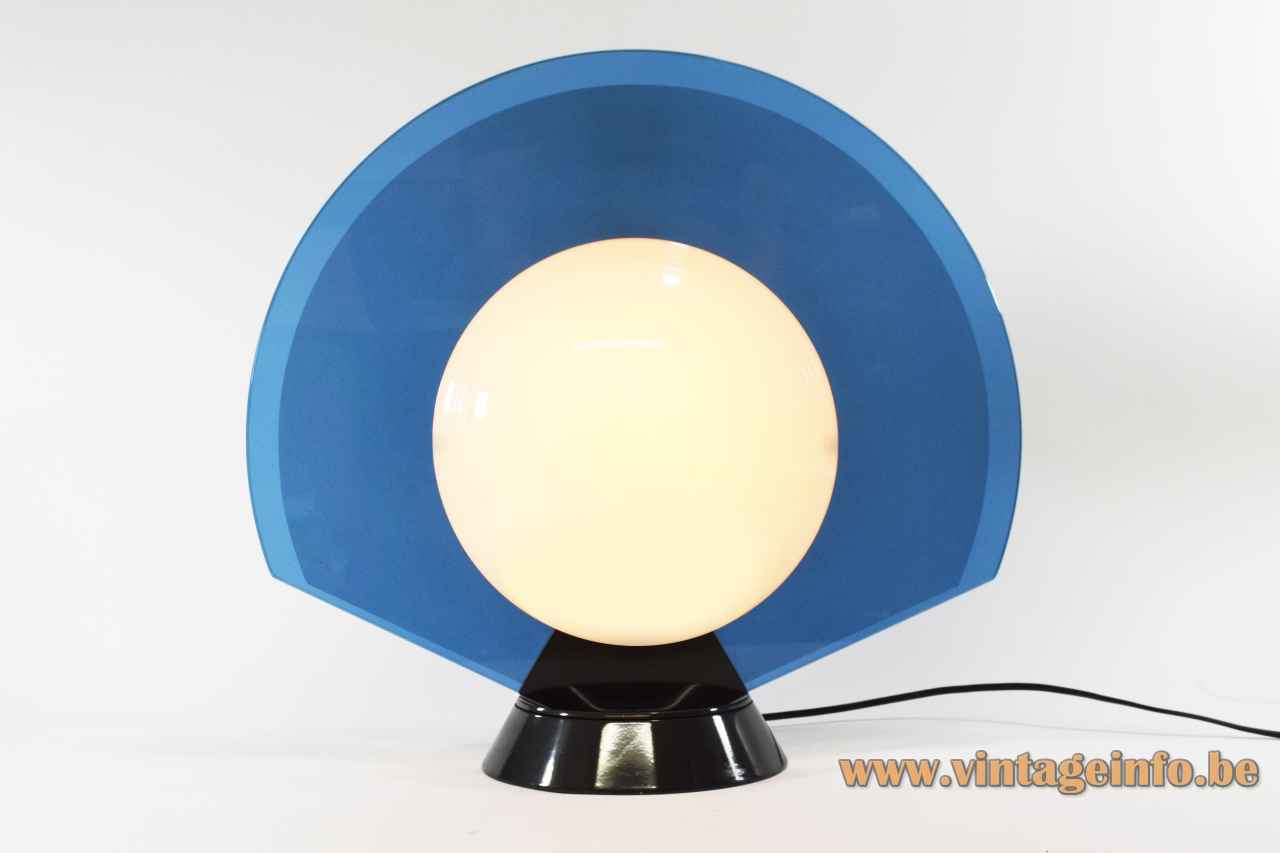 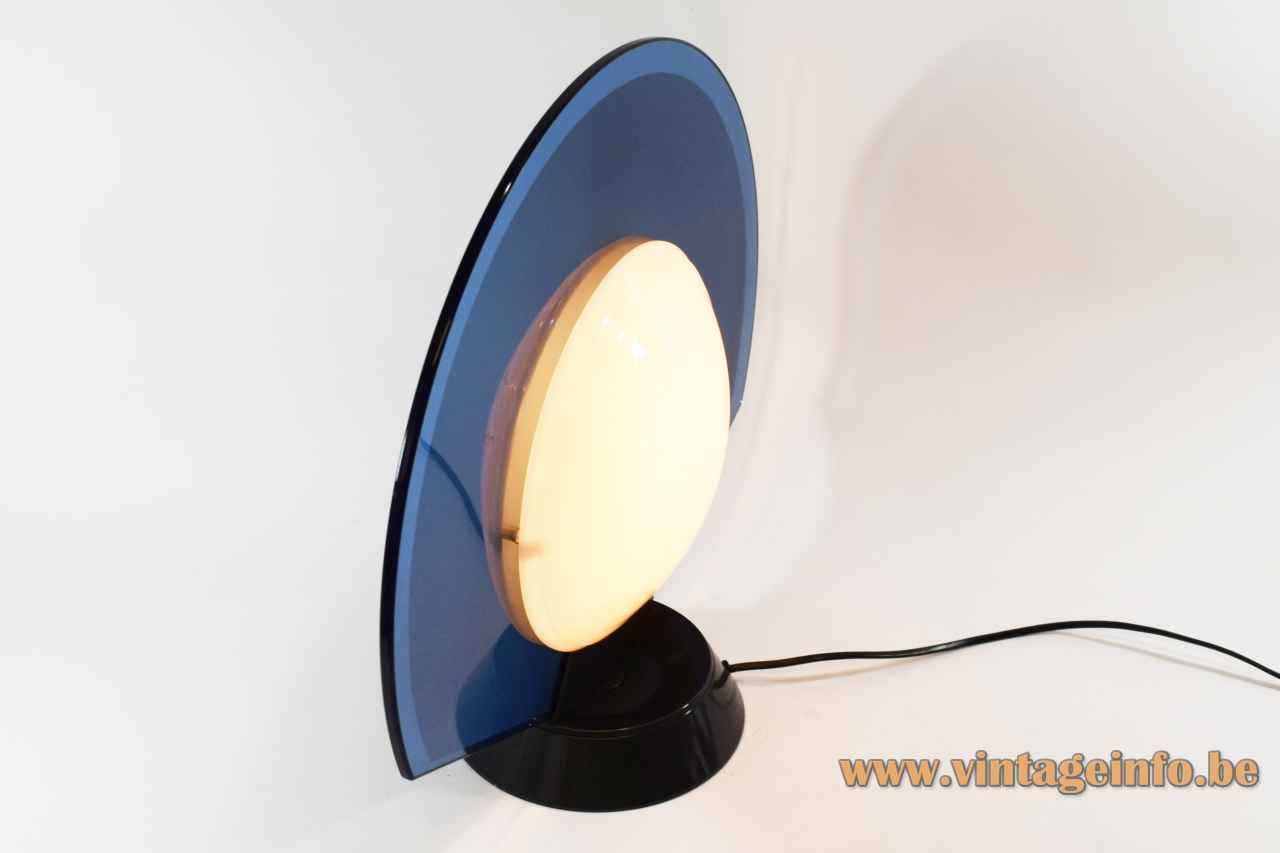 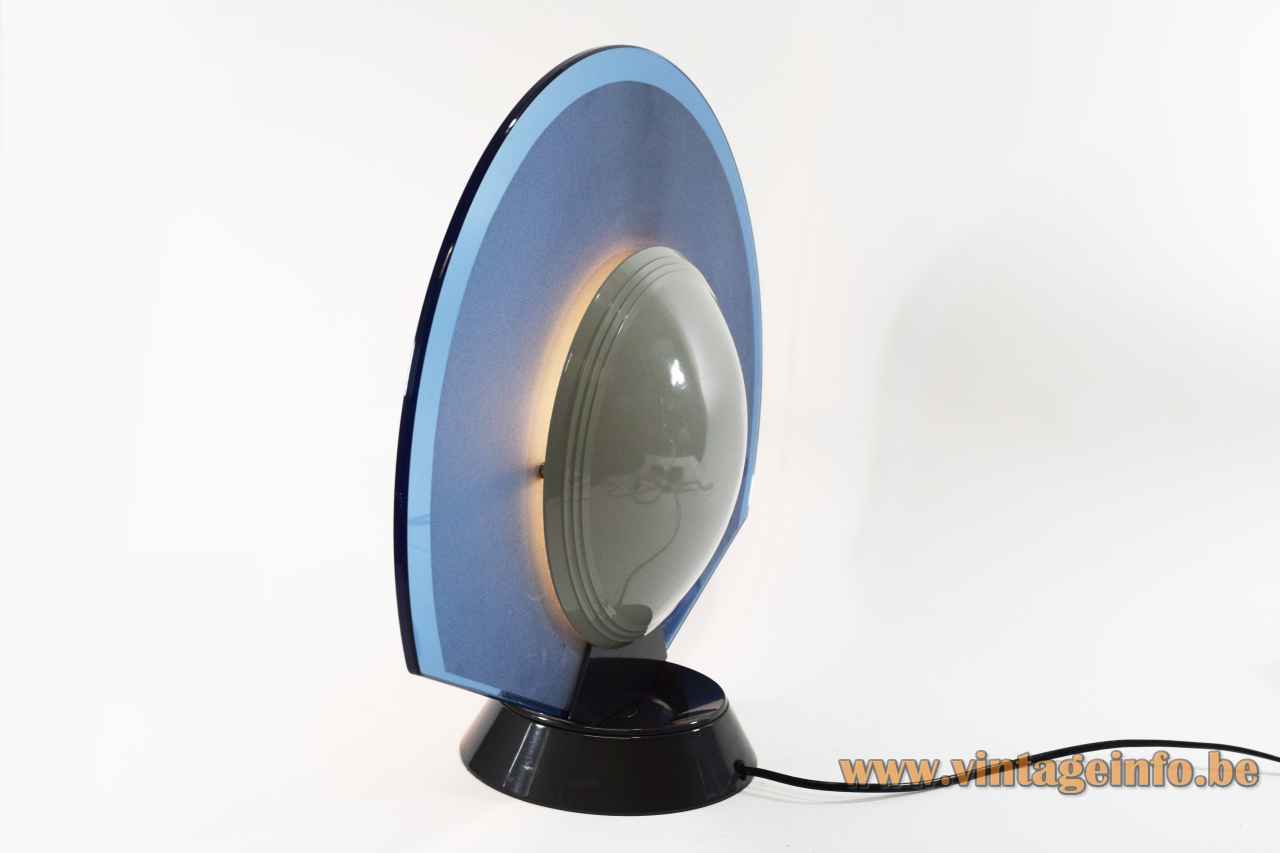 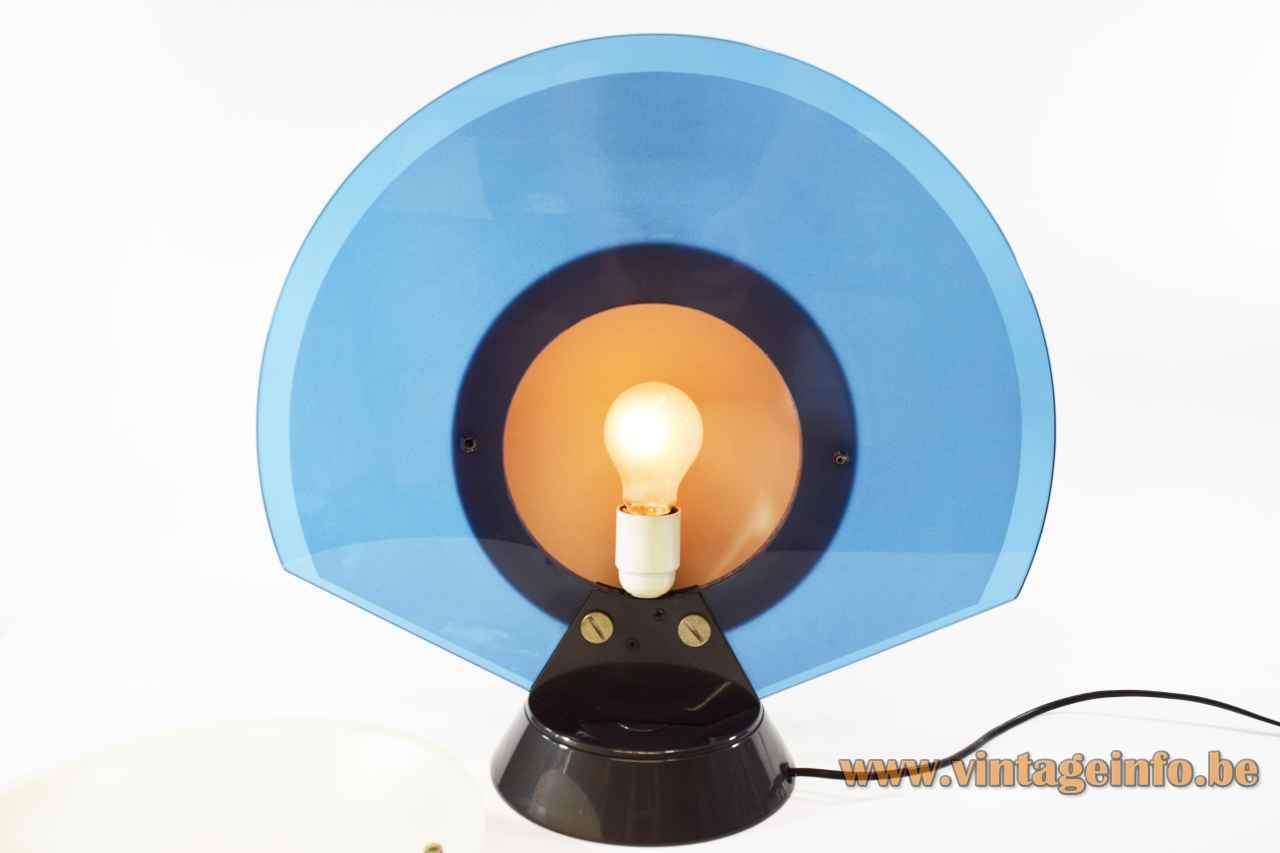 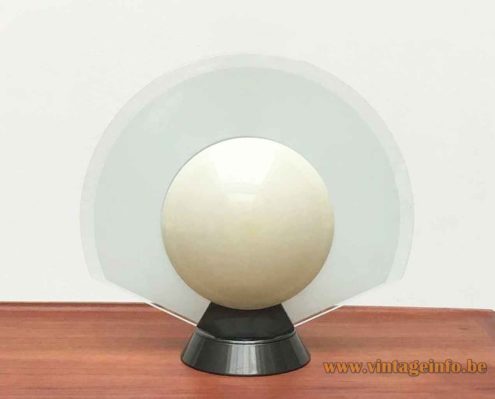 Many thanks to Frank from nullviernull raum+kommunikation for the photo of the white version. You can find his shop over here on Ebay.

Materials: Round black conical aluminium base. Blue glass disc, frosted on the back. Round curved white acryl diffuser. Grey  acrylic shell on the back. White painted Bakelite E27 socket.

Other versions: The Arteluce Tikal table lamp exists in several colours. They are labelled Tikal 1555. The lampshade can rotate 360 degrees. In the USA they were sold with a FLOS label.

Pier Giuseppe Ramella graduated in architecture in 1960 at the Politecnico di Milano (Polytechnic University of Milan). He became member of the Order of Architects of Milan in the same year and founded his company Ramella Architetti Associati (Associated Architects).

Besides his company work, Pier Giuseppe Ramella carried out academic activity at the Polytechnics of Venice and Milan in the field of urban planning. He was also mayor of Desenzano del Garda for more than 10 years, the town were he lives in an appartement in a quit street with a view on the famous Lake Garda. It is the largest Italian lake. It is a popular holiday location in northern Italy.

For Arteluce, part of FLOS, he designed several lamps. Among others the Club floor lamp, the Giada table lamp, the Zefiro pendant lamp and this Tikal table lamp.

Today his company Ramella Architetti Associati in Milan is co-run by his daughters Paola and Anna, both graduated in architecture in the 1990s.