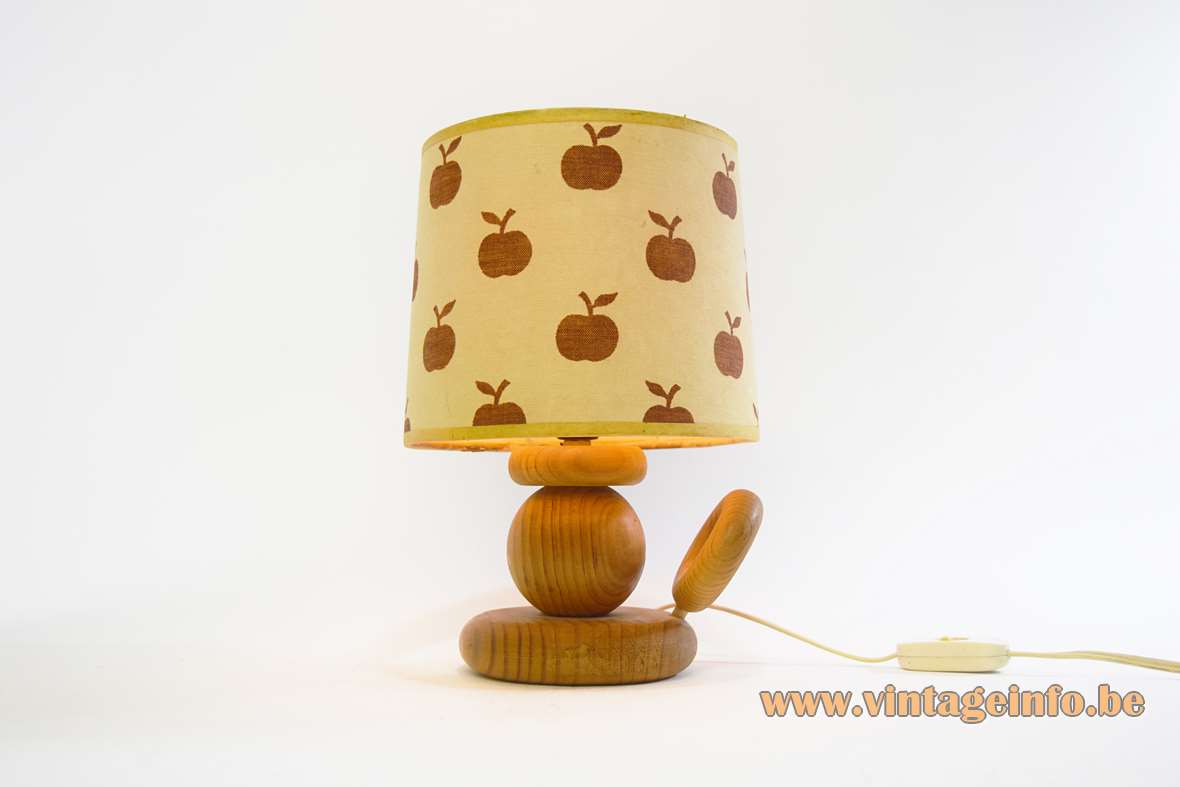 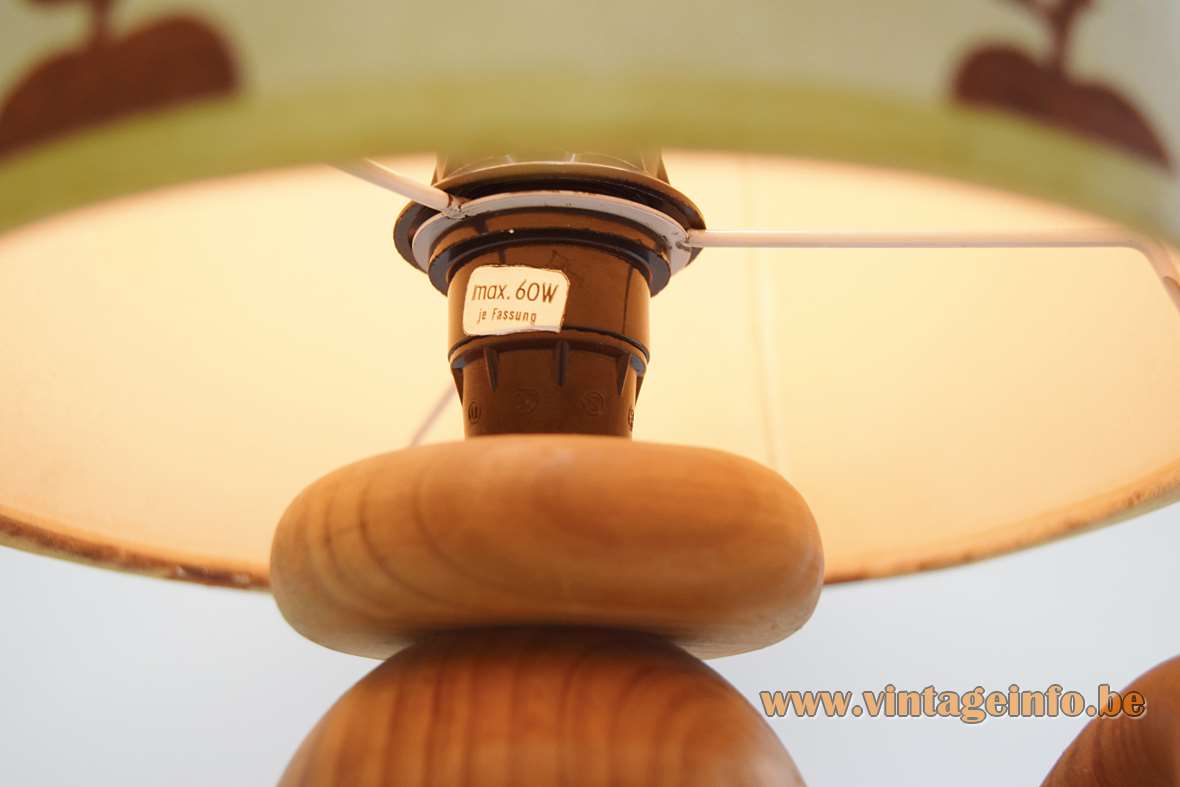 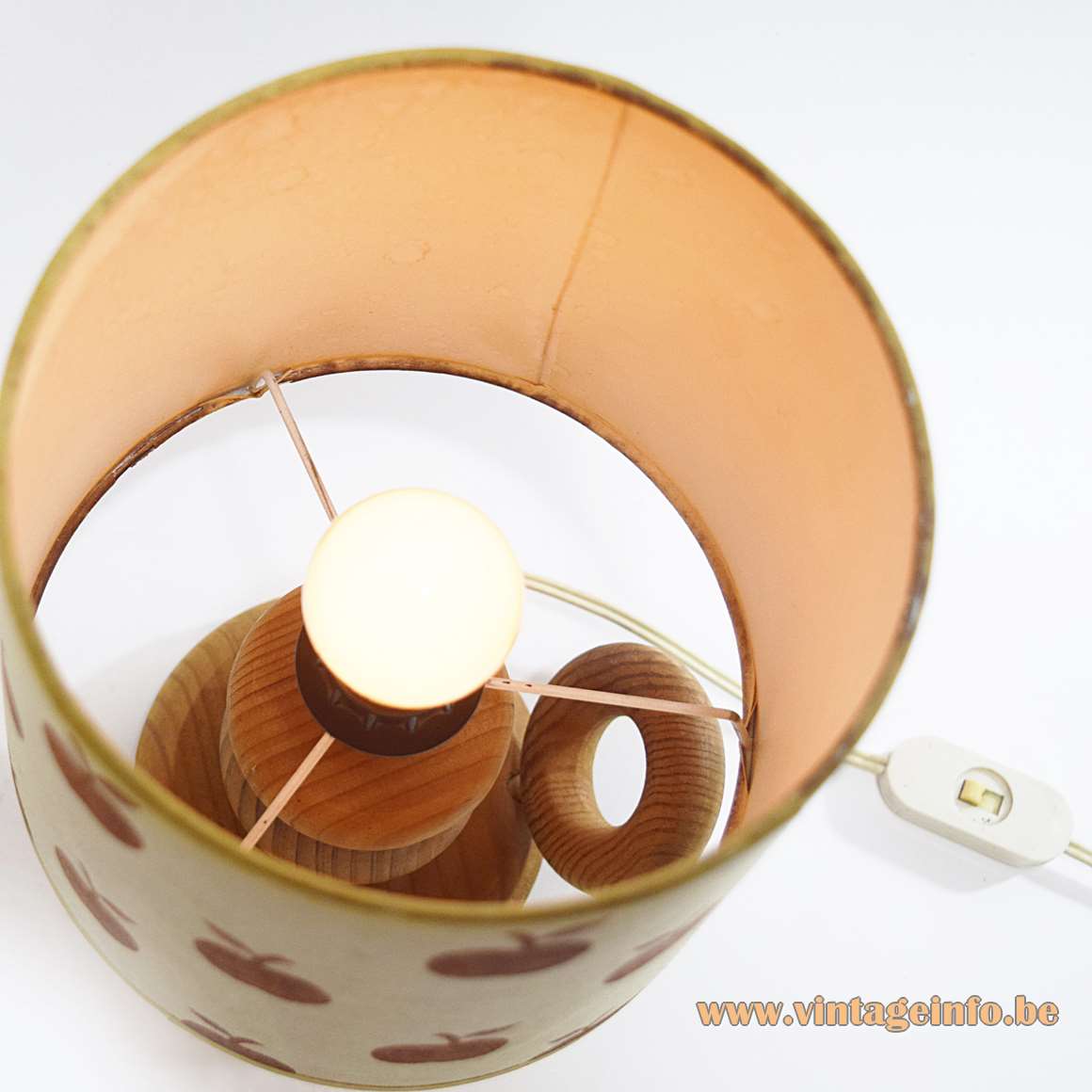 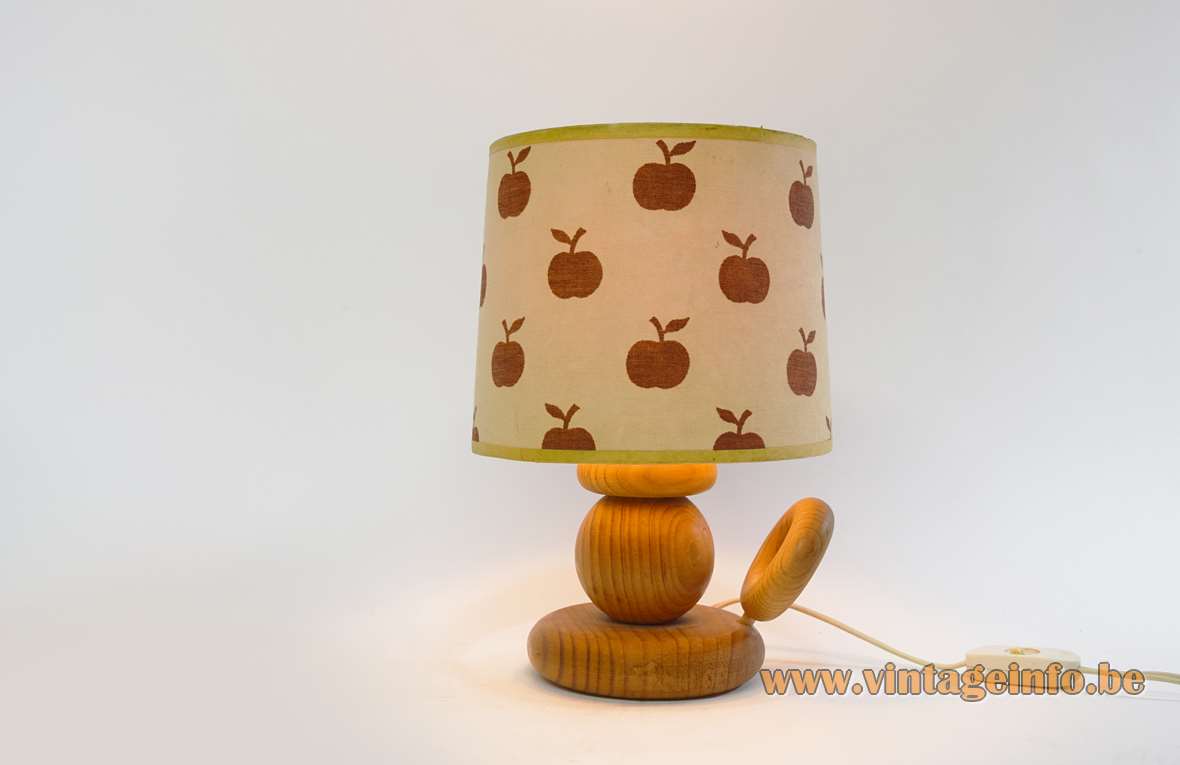 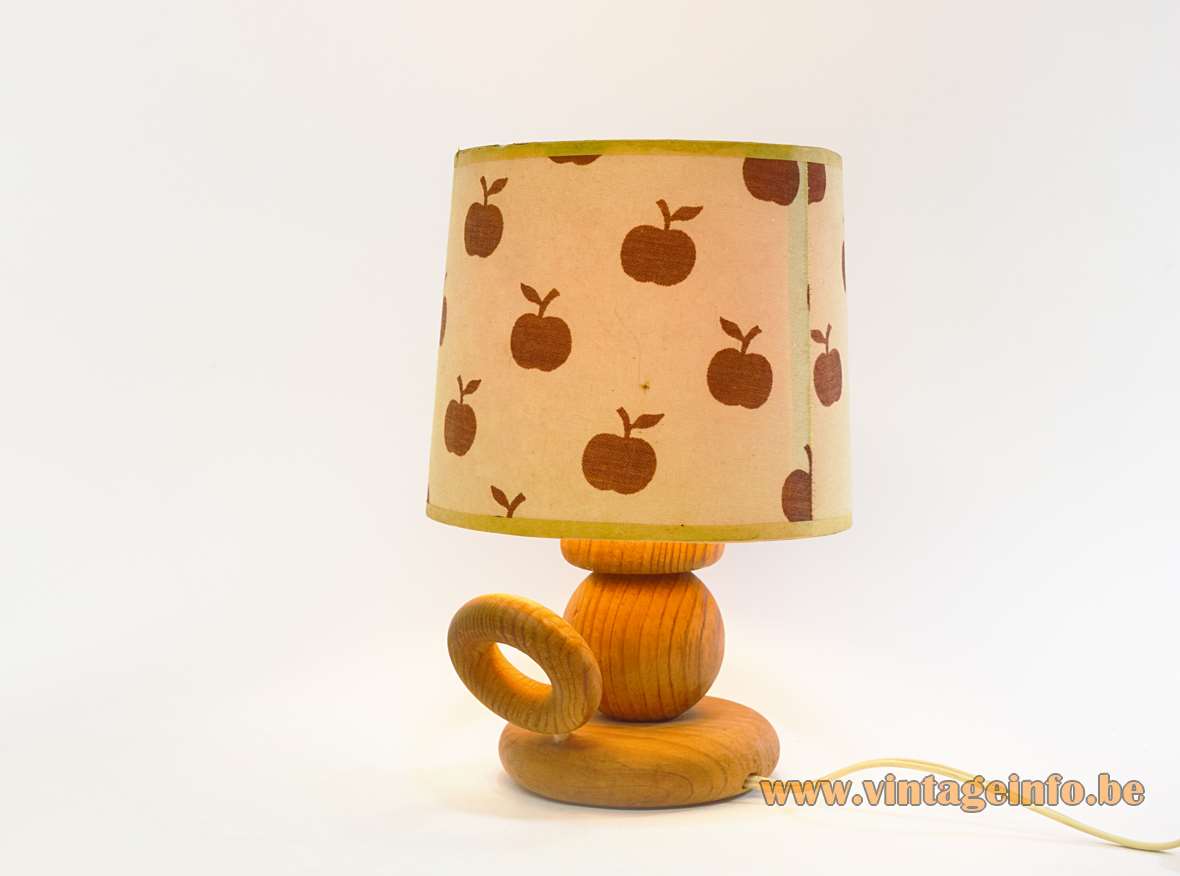 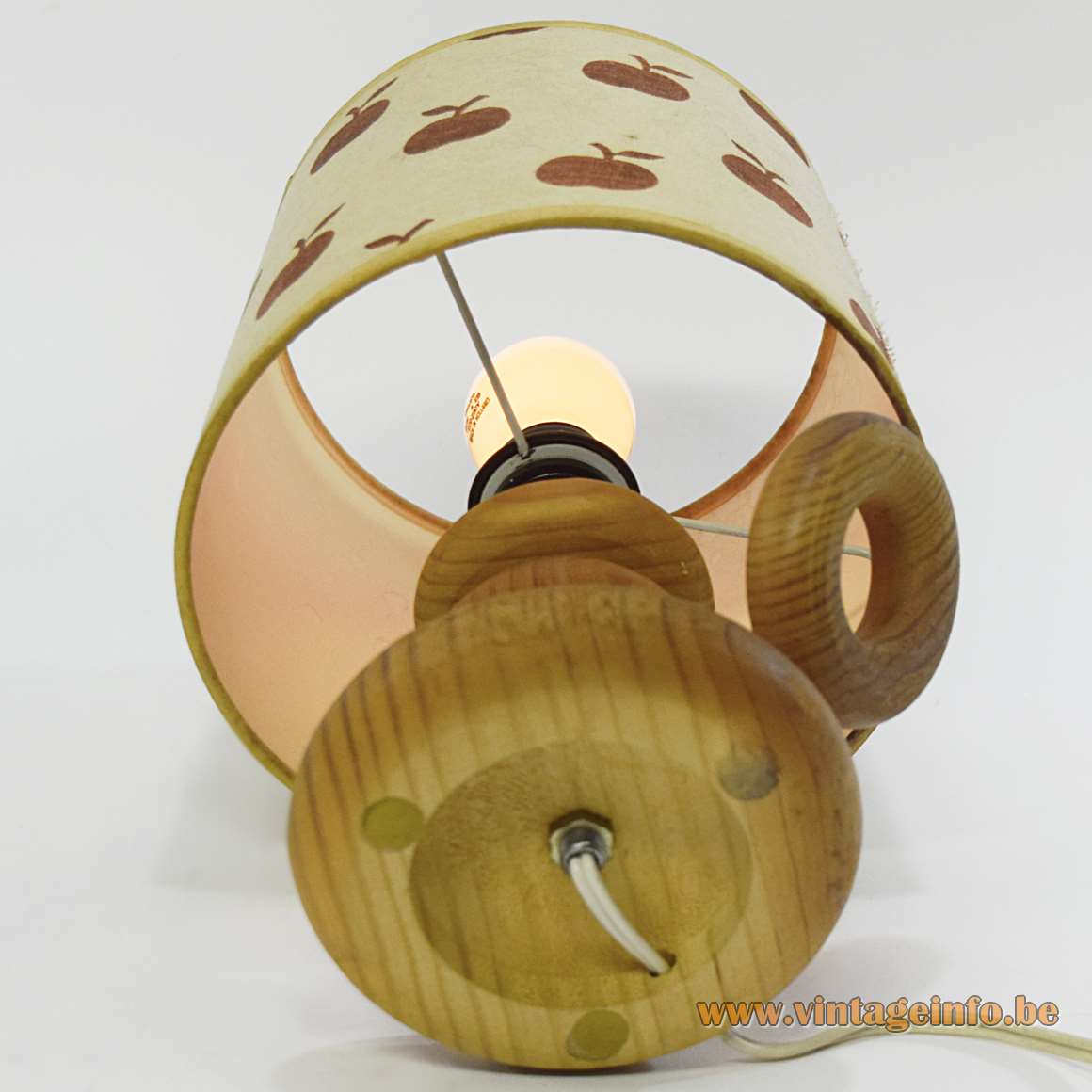 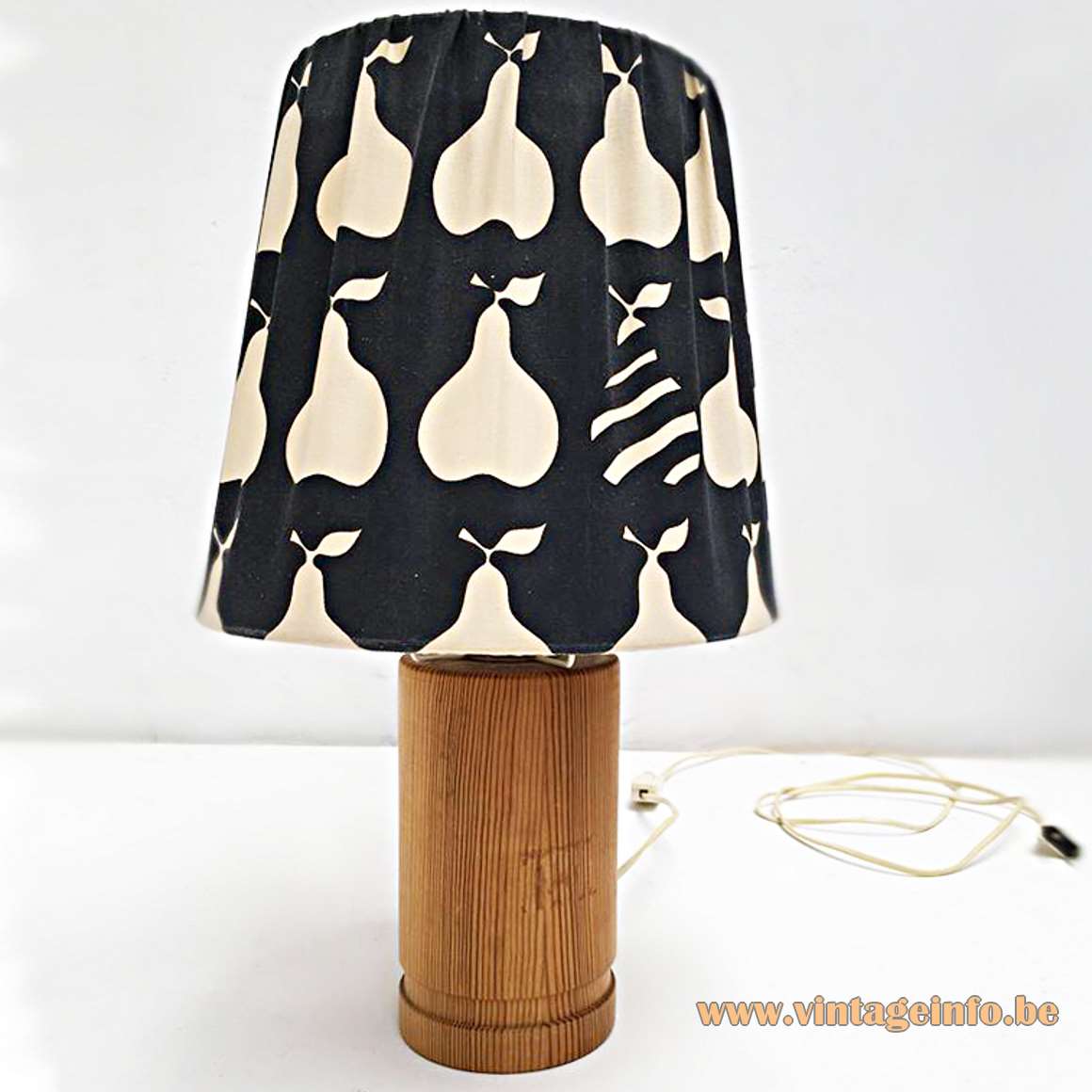 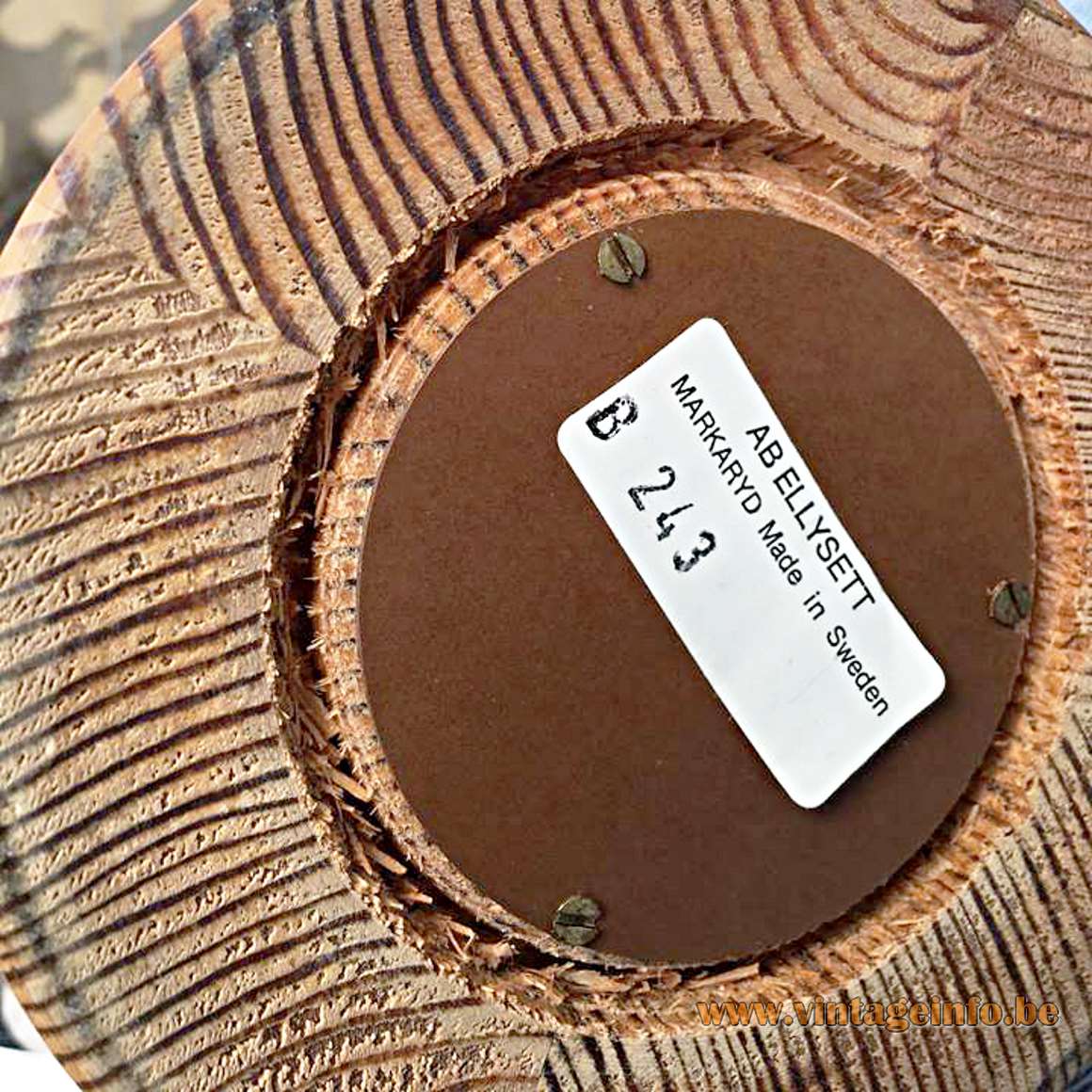 Other versions: This AB Ellysett table lamp exists in several variations. It was also made with a lampshade with a pear screen print as you can see.

In 1951 he founded his own lighting company Hans-Agne Jakobsson AB in Markaryd. He also designed lamps for his 2 other companies: AB Ellysett, also in Markaryd, lamps completely made of pine wood, such as this one.

Also Koninklijke Philips N.V. from The Netherlands had some lamps by Jakobsson in their catalogue.

Many thanks to Joop from Art Broker Design for the pictures of the pear lamp.