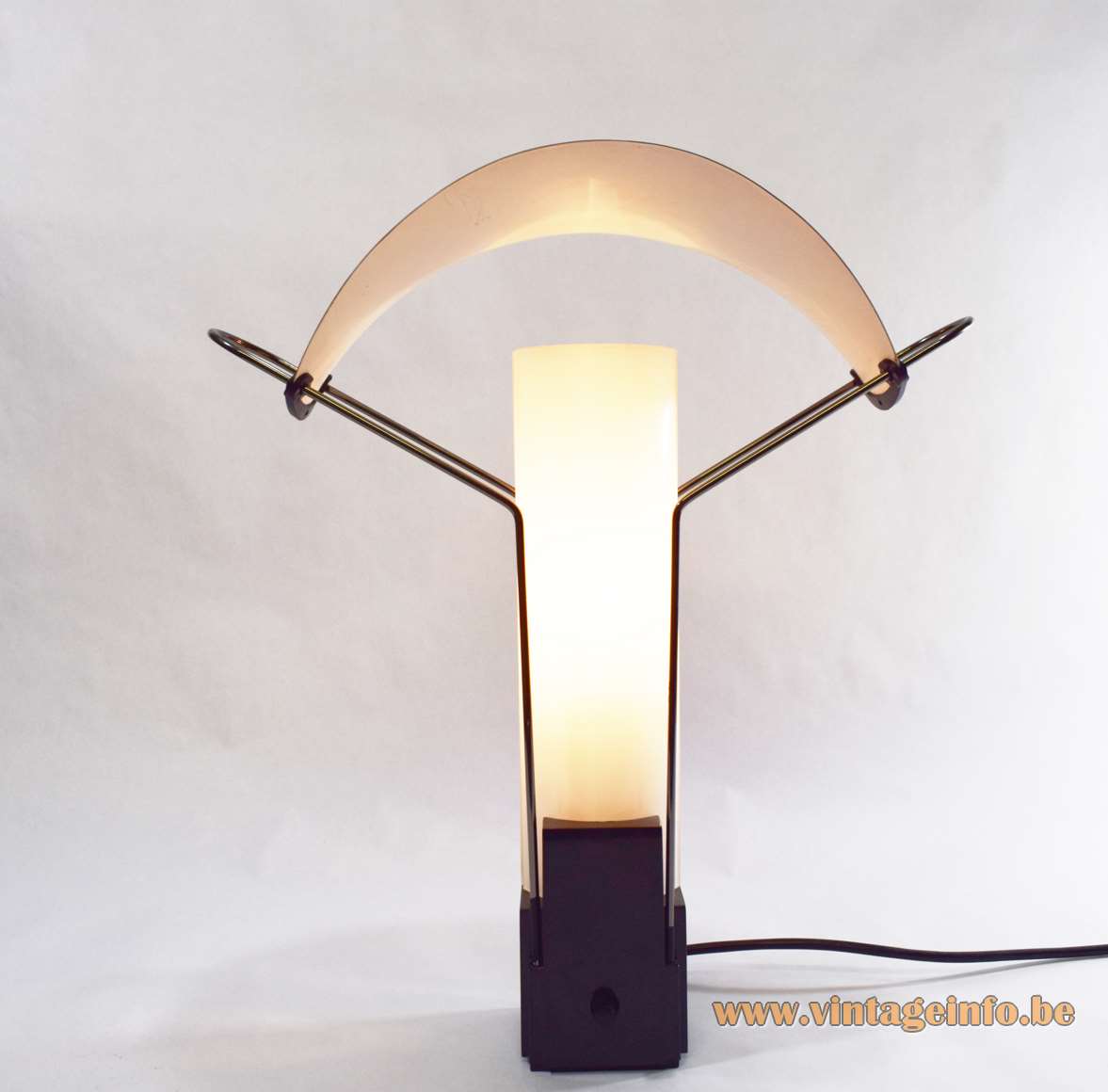 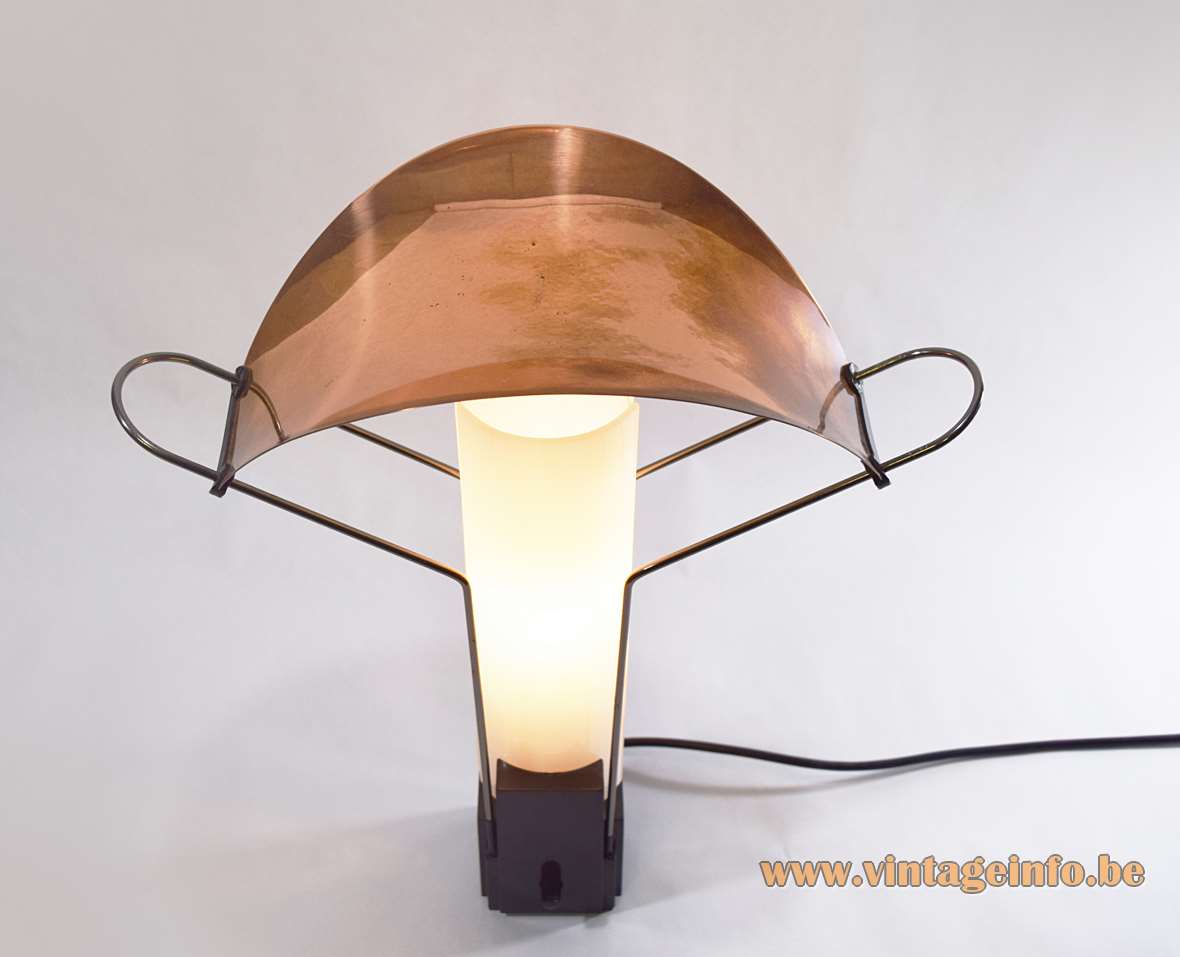 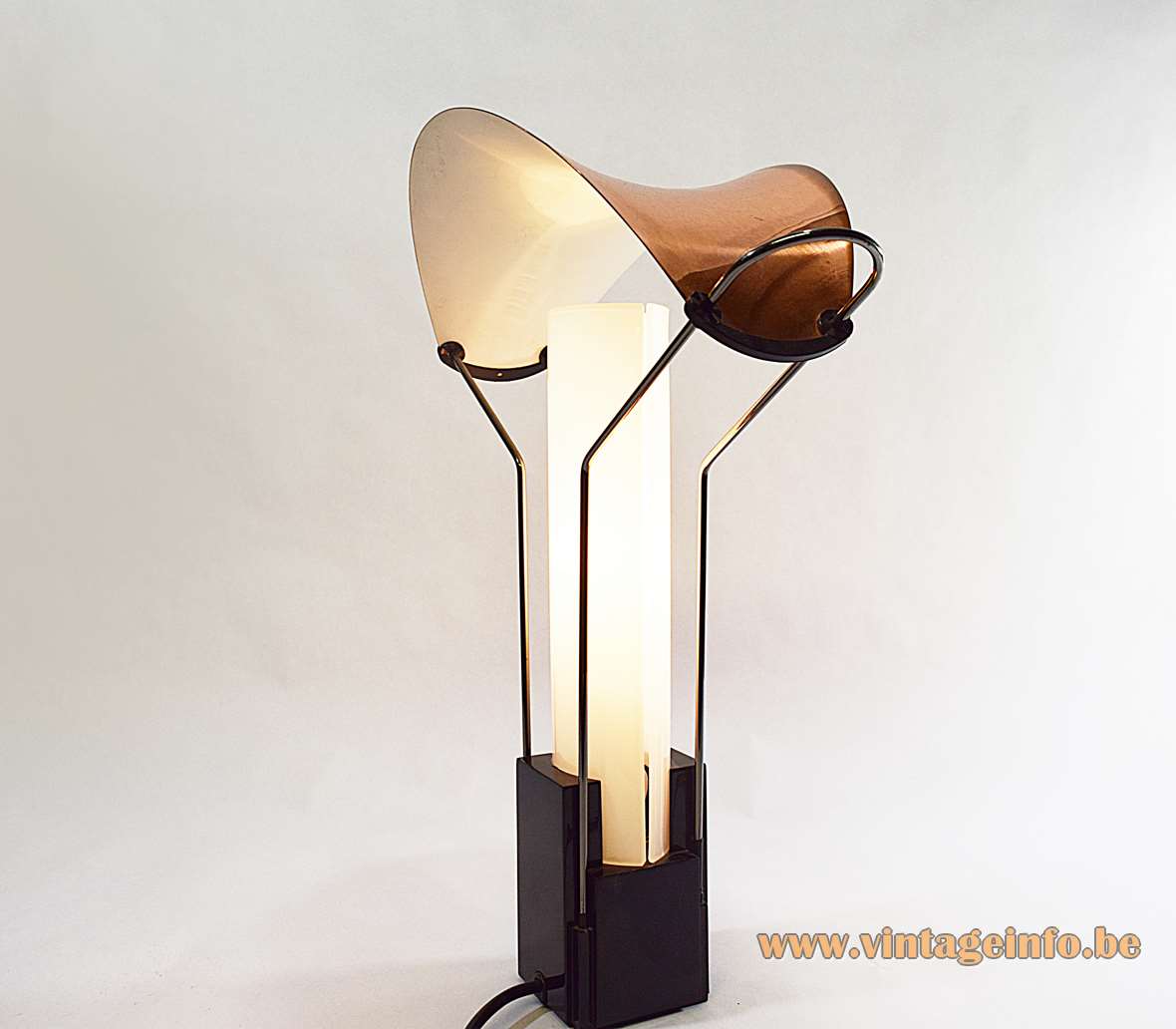 A couple Arteluce Palio table lamps were used as a prop in the 2020 Spanish-German crime film Ofrenda A La Tormenta (Offering to the Storm). It is the third and final instalment in the Baztán Trilogy. In all 3 films many lamps appear. Although it is almost an overkill in this last film. Starring Marta Etura, Leonardo Sbaraglia and Paco Tous. 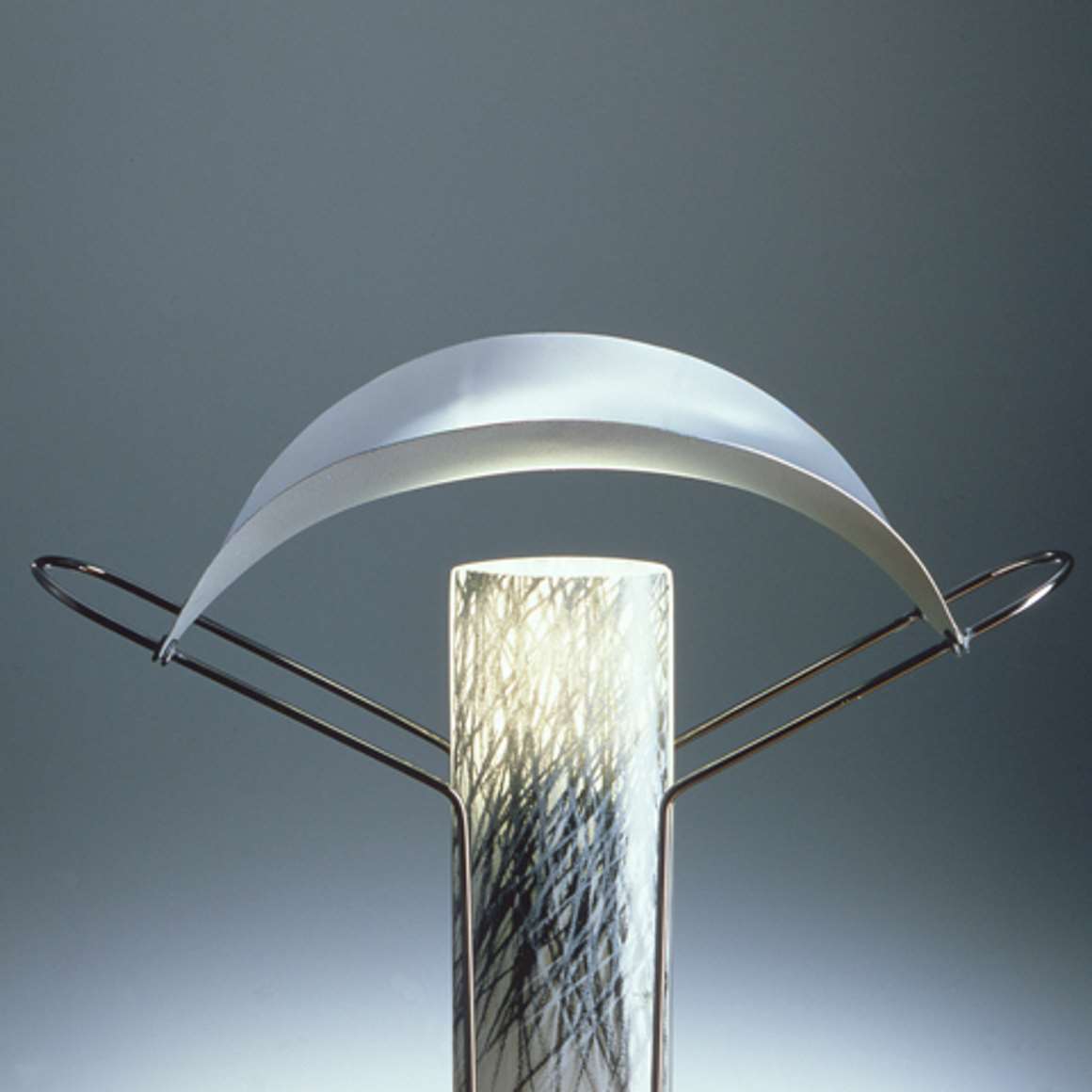 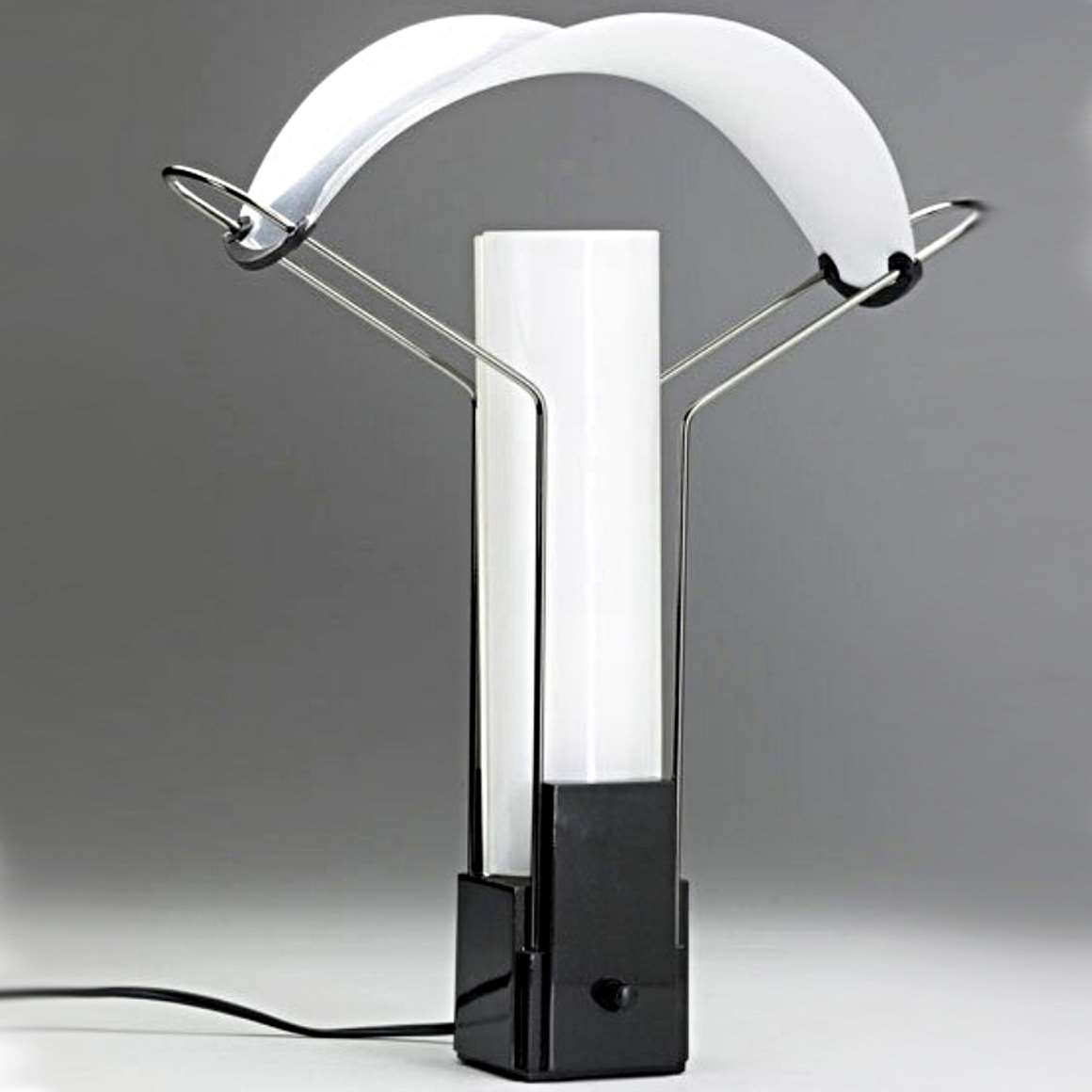 Other versions: The Arteluce Palio table lamp exists in several versions. It was also made with a white painted lampshade. Other lamps have paintings on the glass. Some versions have a paper FLOS label.

This lamp is a first edition, patent pending is pressed on the bottom of the base.