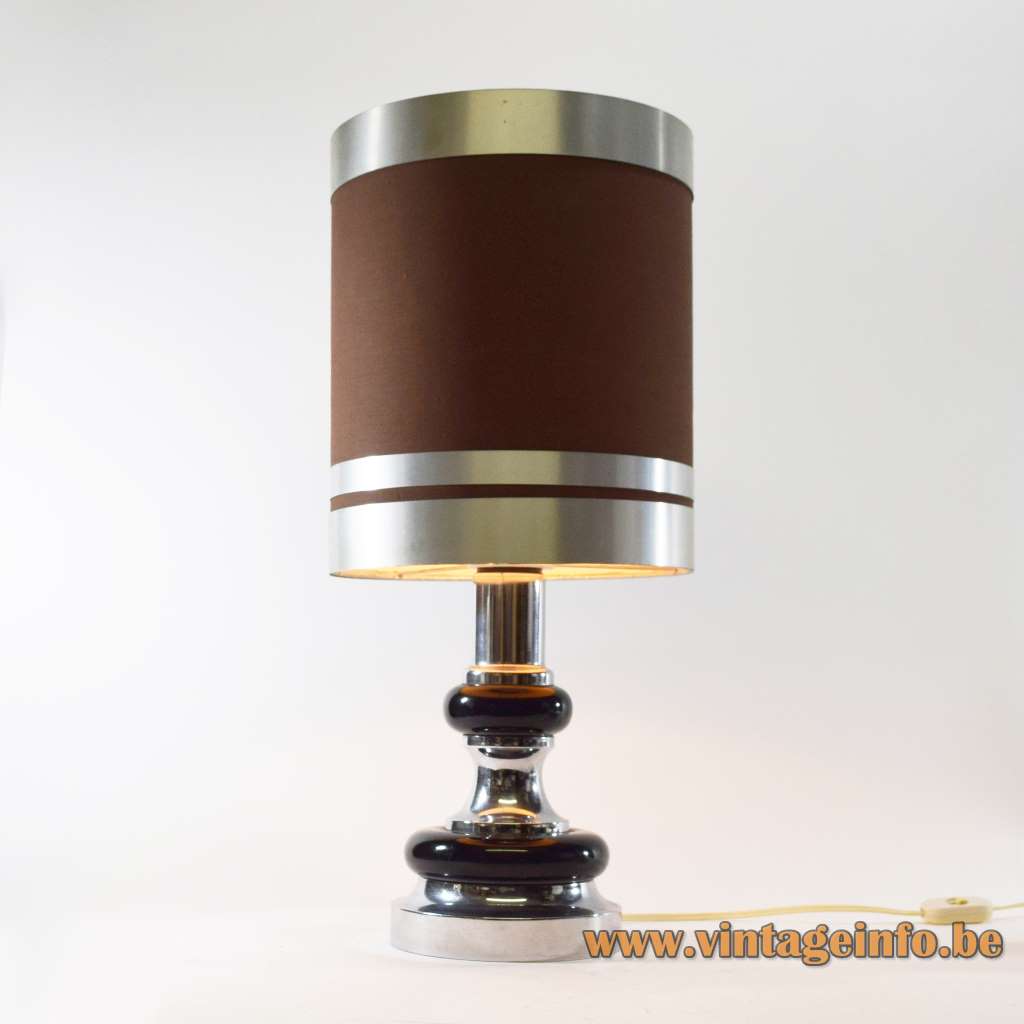 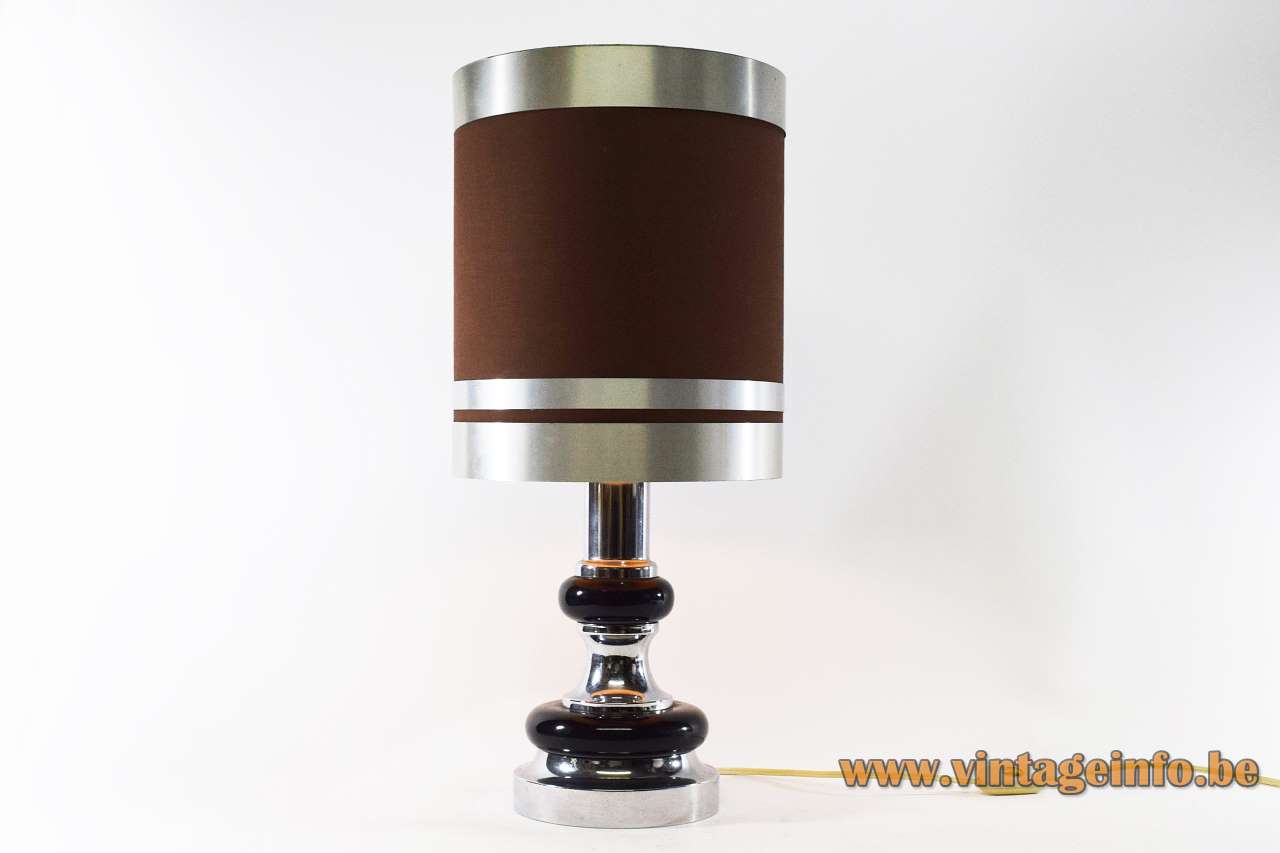 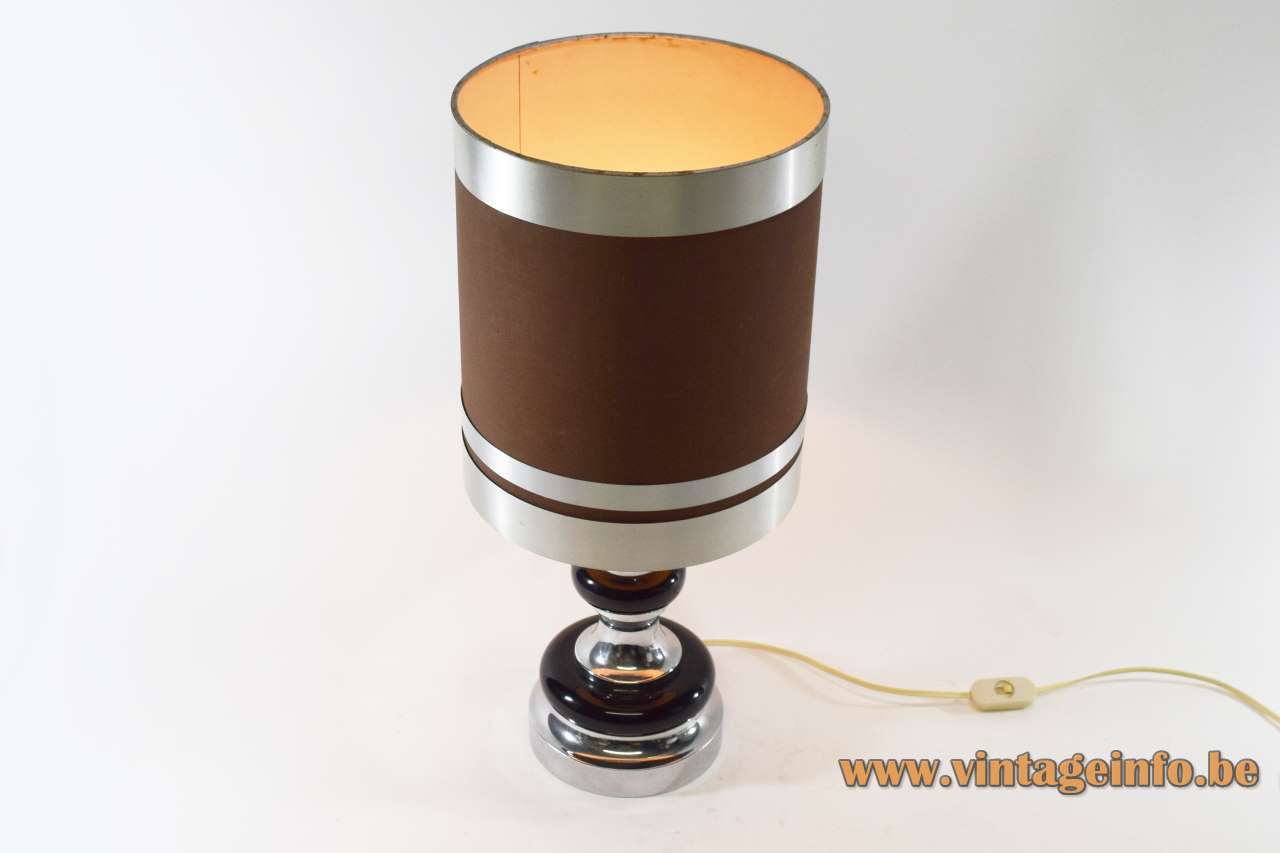 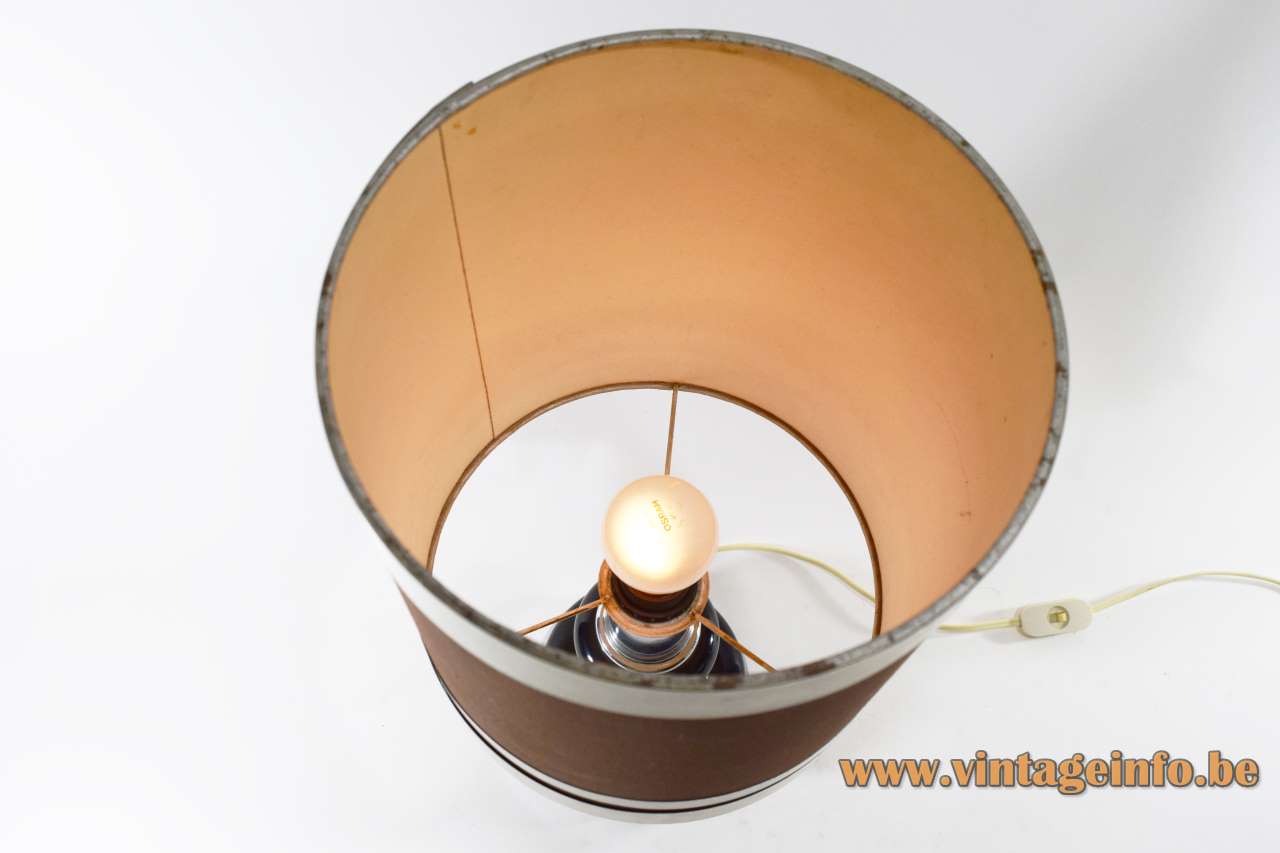 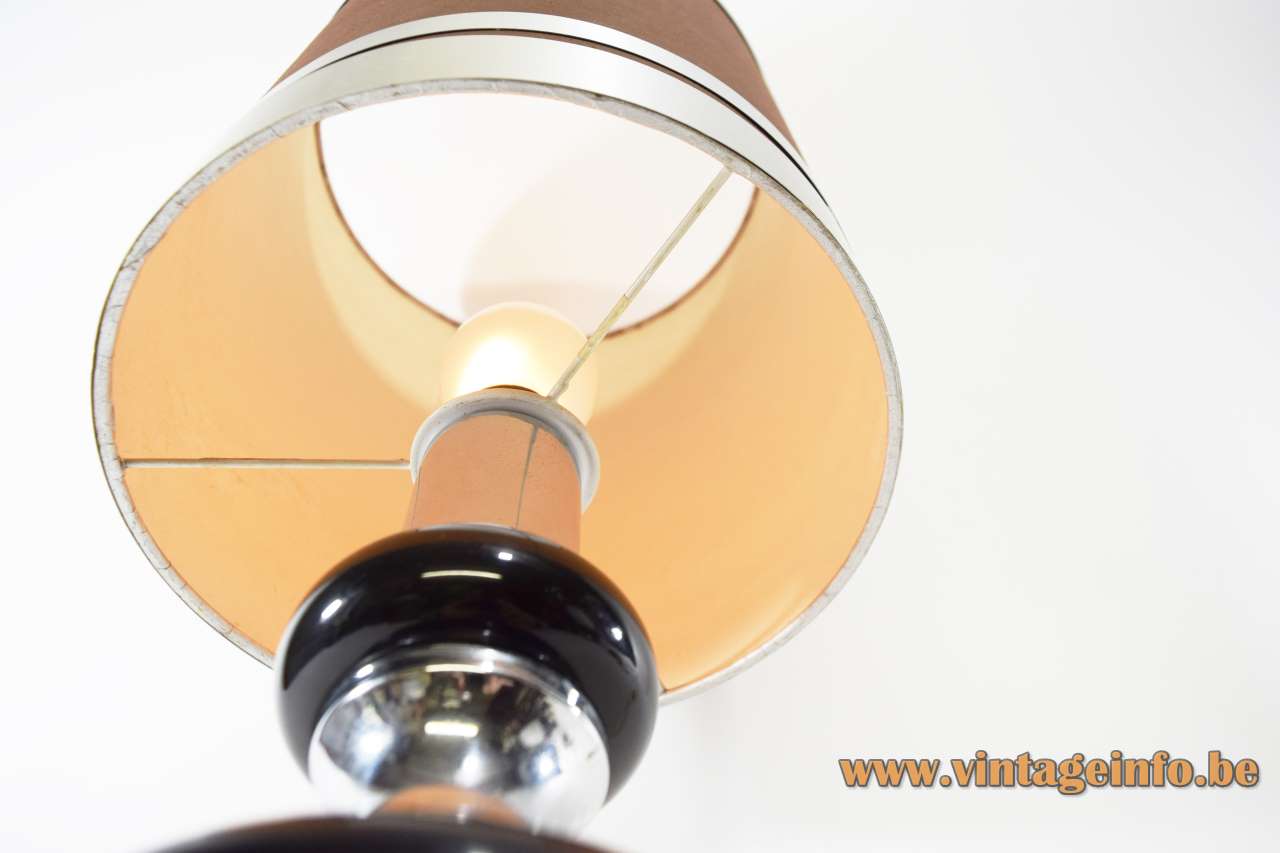 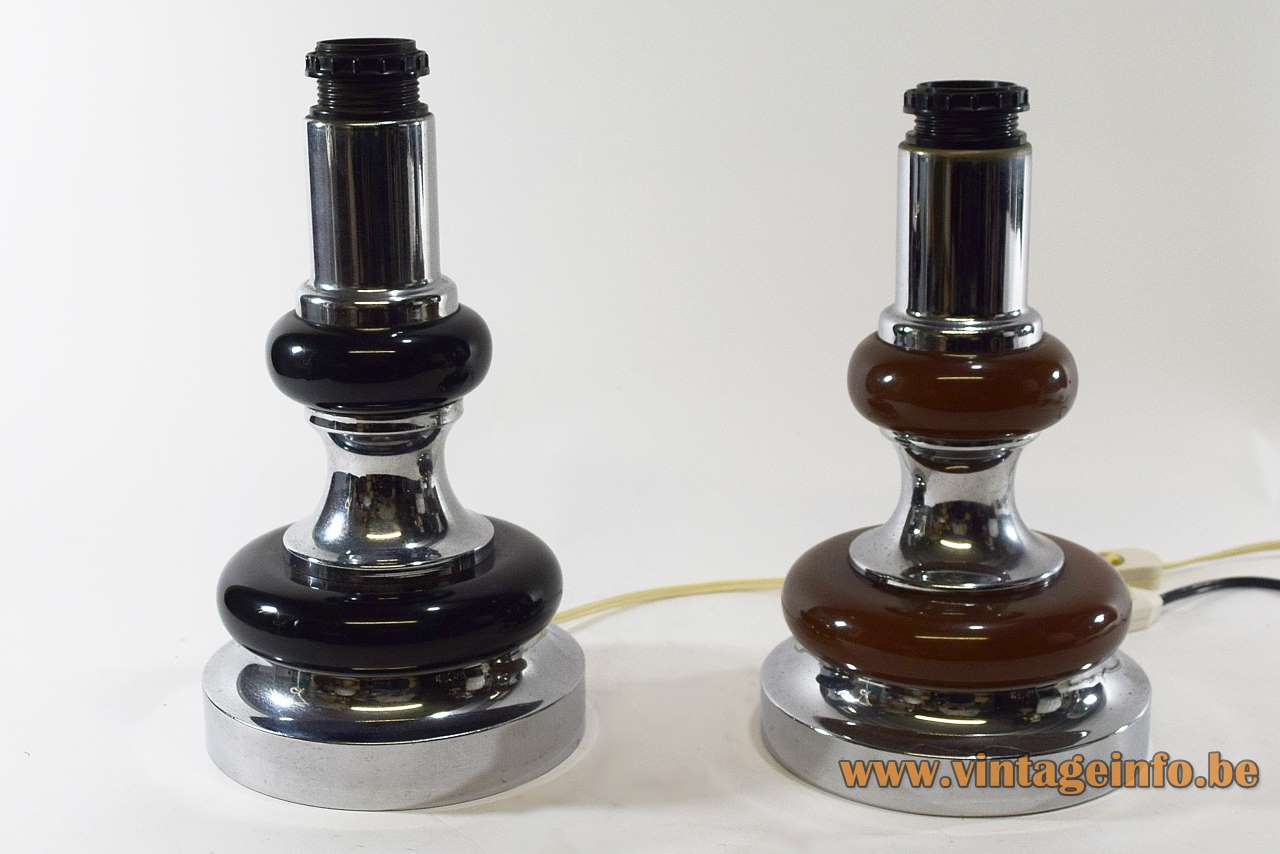 Materials: Round chromed metal (iron) base. Black resin parts or some other type of plastic. Cardboard and fabric tubular lampshade with 3 aluminium rings. Bakelite E27 socket.

Other versions: This 1970s chrome & black table lamp exists in several colours and slight differences in height. The brown lamp in the photos is 2 cm / 0.78”shorter than the black one. The socket was mounted different on the base.

These type of lamps by Massive were made in many forms, colours and sizes as you can see below.

Label on the bottom of the base. Mass. Max. 60W. (Massimo Maximum 60 Watt). Massimo is the Italian word for maximum. Max. is used for every other language in Europe were Massive sold lights at that time. Later on Massive used the same round labels with the same font that says: Mass. Max. 60W., Made In Belgium and also a label exists with Massive Mass. Max. 60W.

Other table lamps in this style, all made by Massive, Belgium 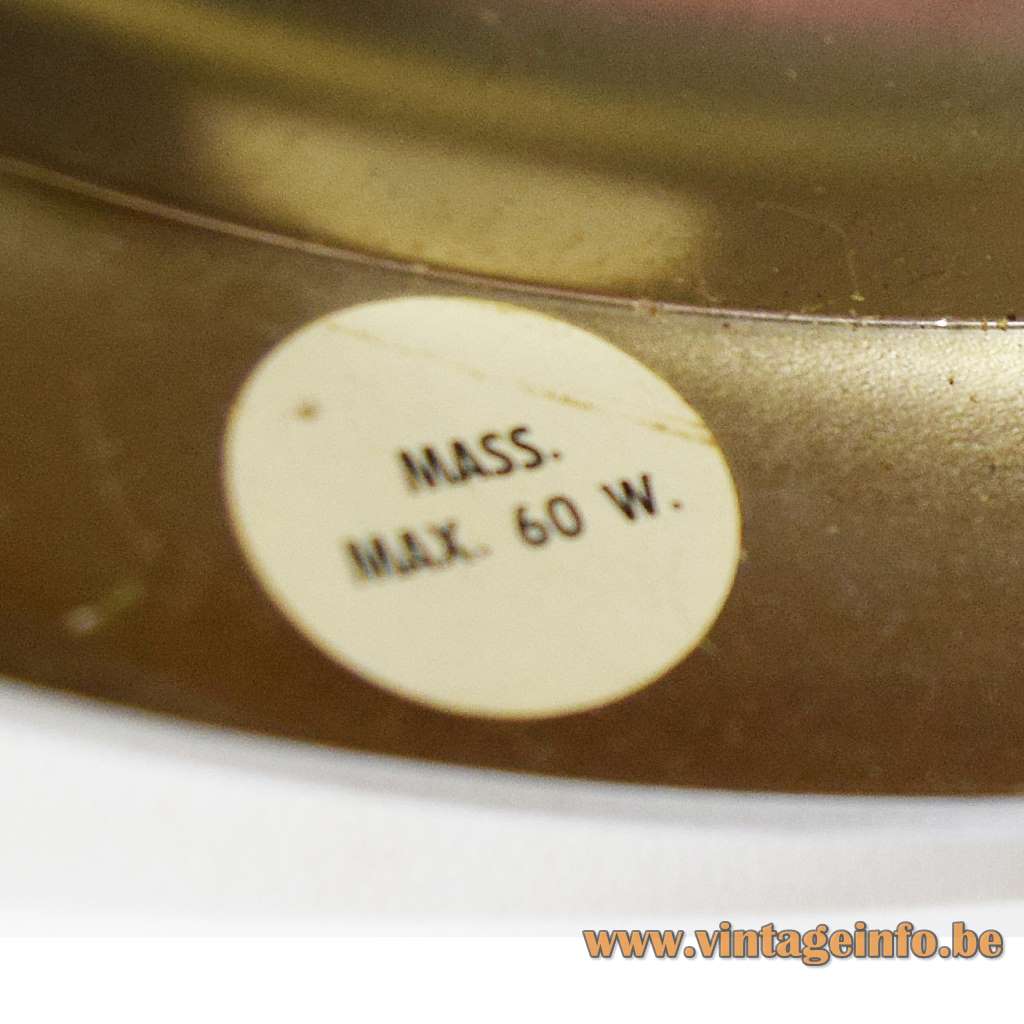