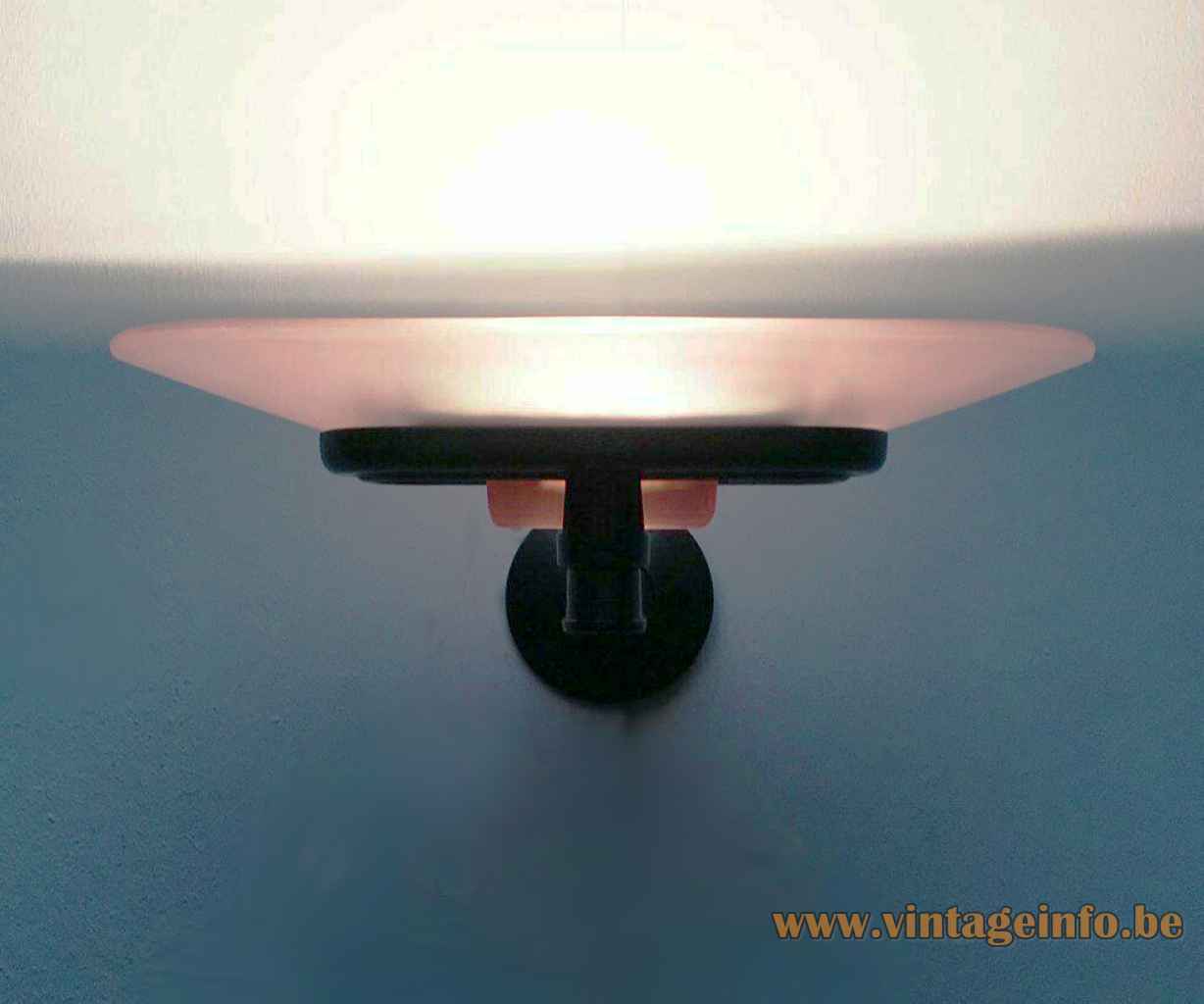 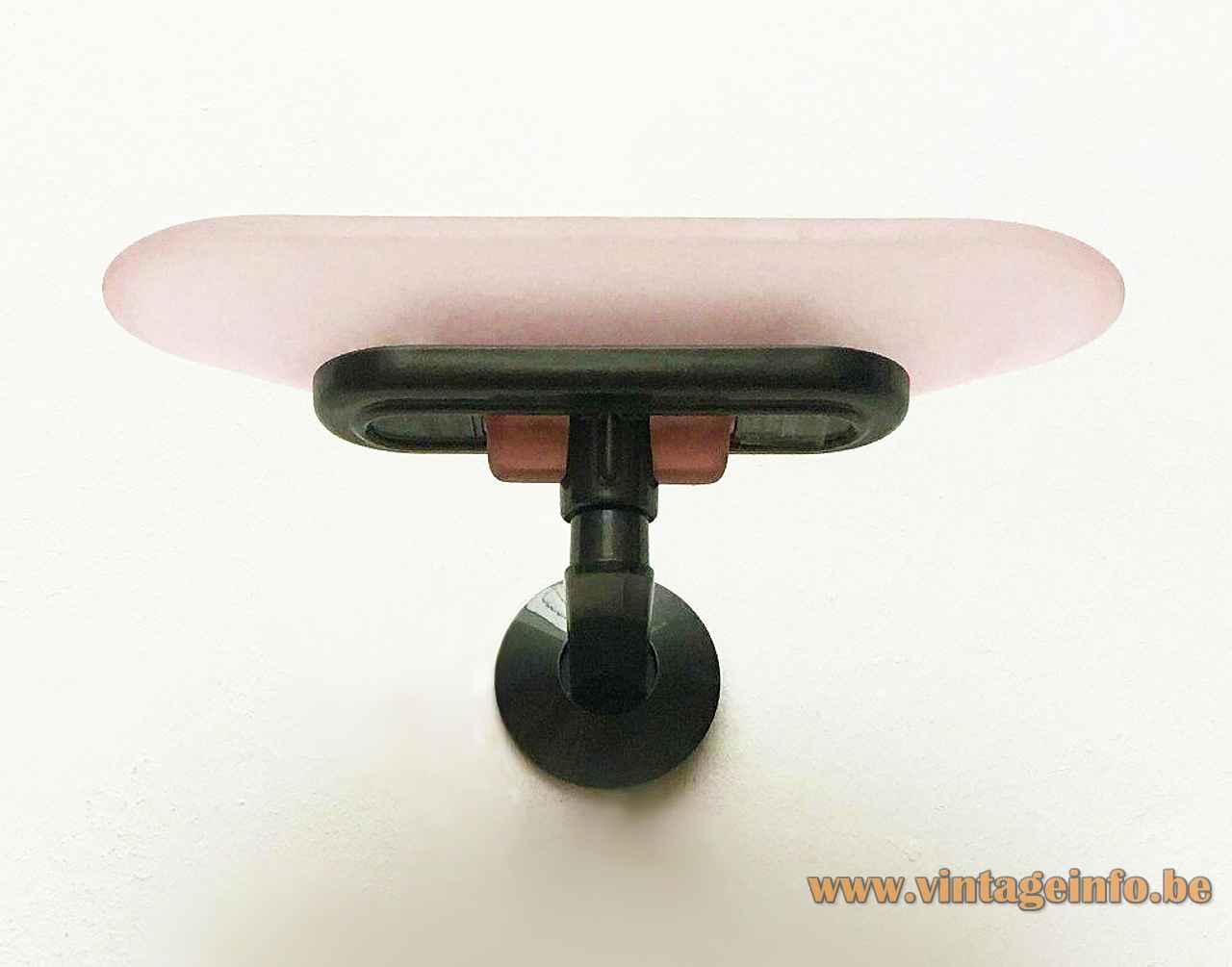 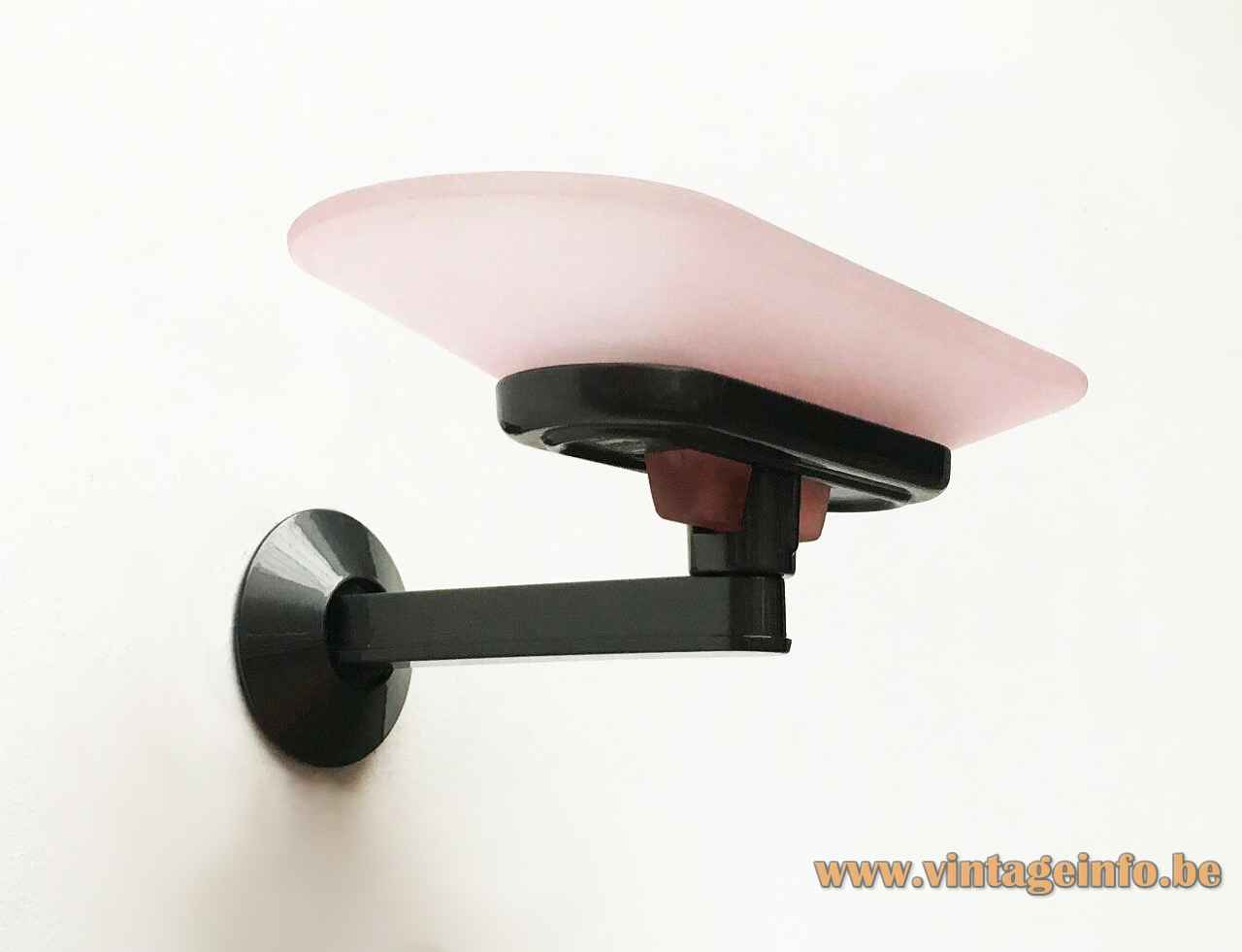 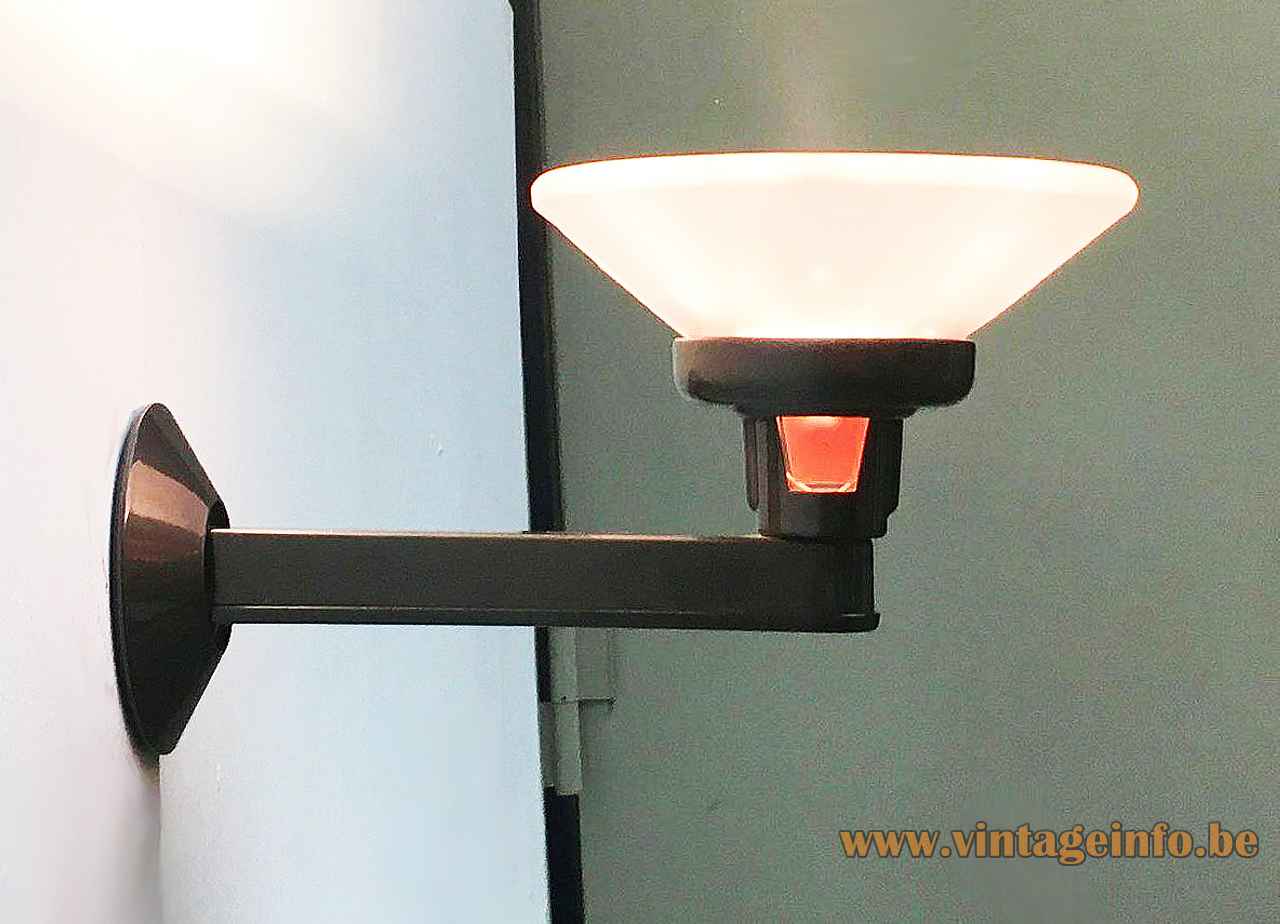 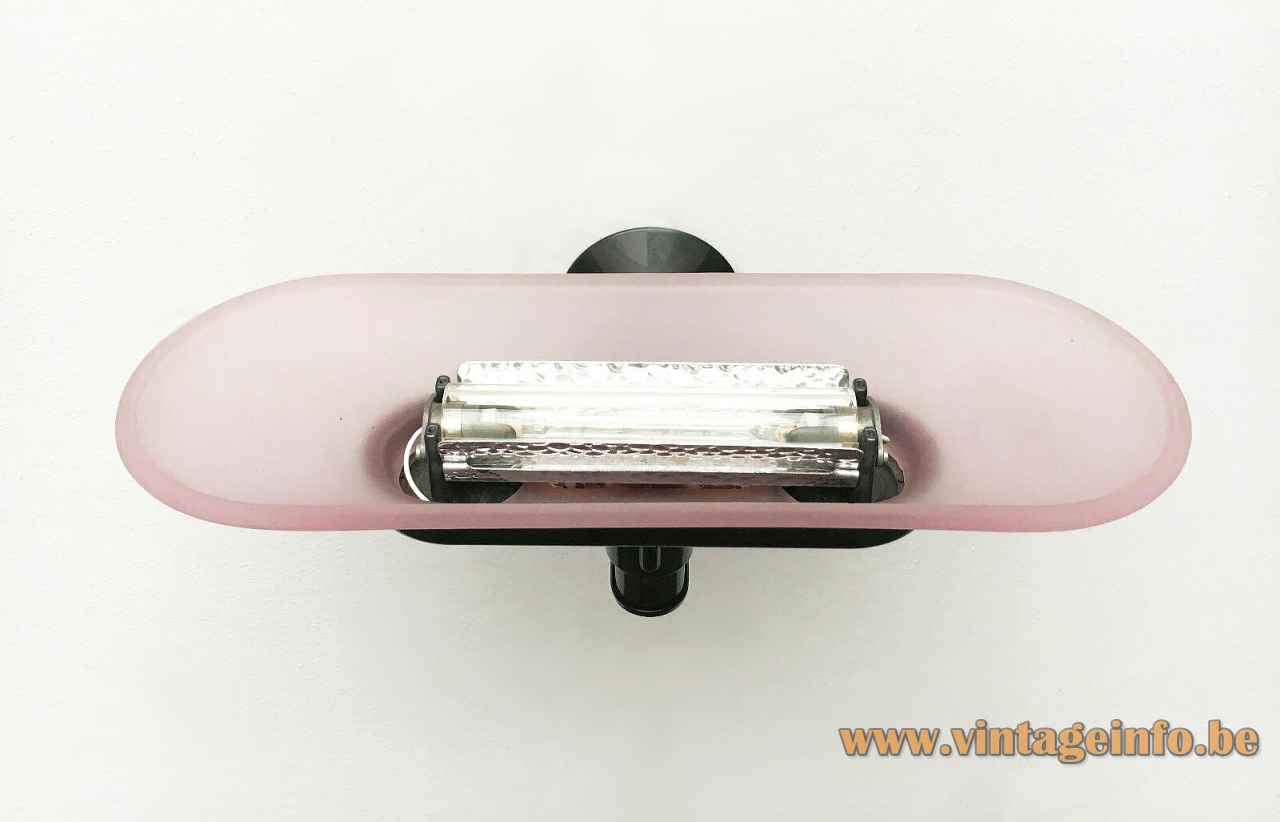 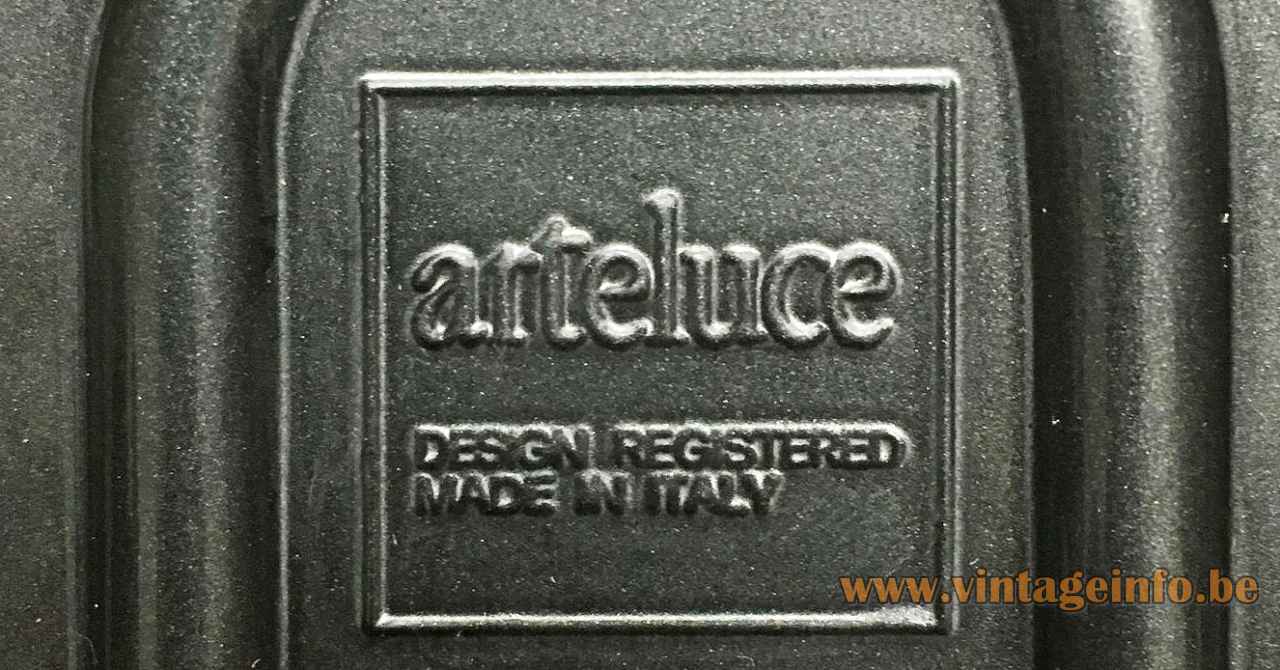 Other versions: The Arteluce Jill wall lamp exists in several colours. It was also made in white, green, yellow & blue glass. For the rod silver, white, black and grey, painted or powder-coated paint was used. A special “rainbow” version was also made. Probably several other designs over the years. This one is model A500, named Jill Wall. A floor lamp was also made. You can find it over here.

Often other years are named for the design year, but it is 1978 according to the most FLOS catalogues. However I found it in a catalogue as a 1979 lamp. The wall lamp was at least sold until 1999.

Gianluigi Arnaldi was the owner of the Agenzia Design Studio. Together with Santiago Miranda & Perry King several lamps were designed for Arteluce.