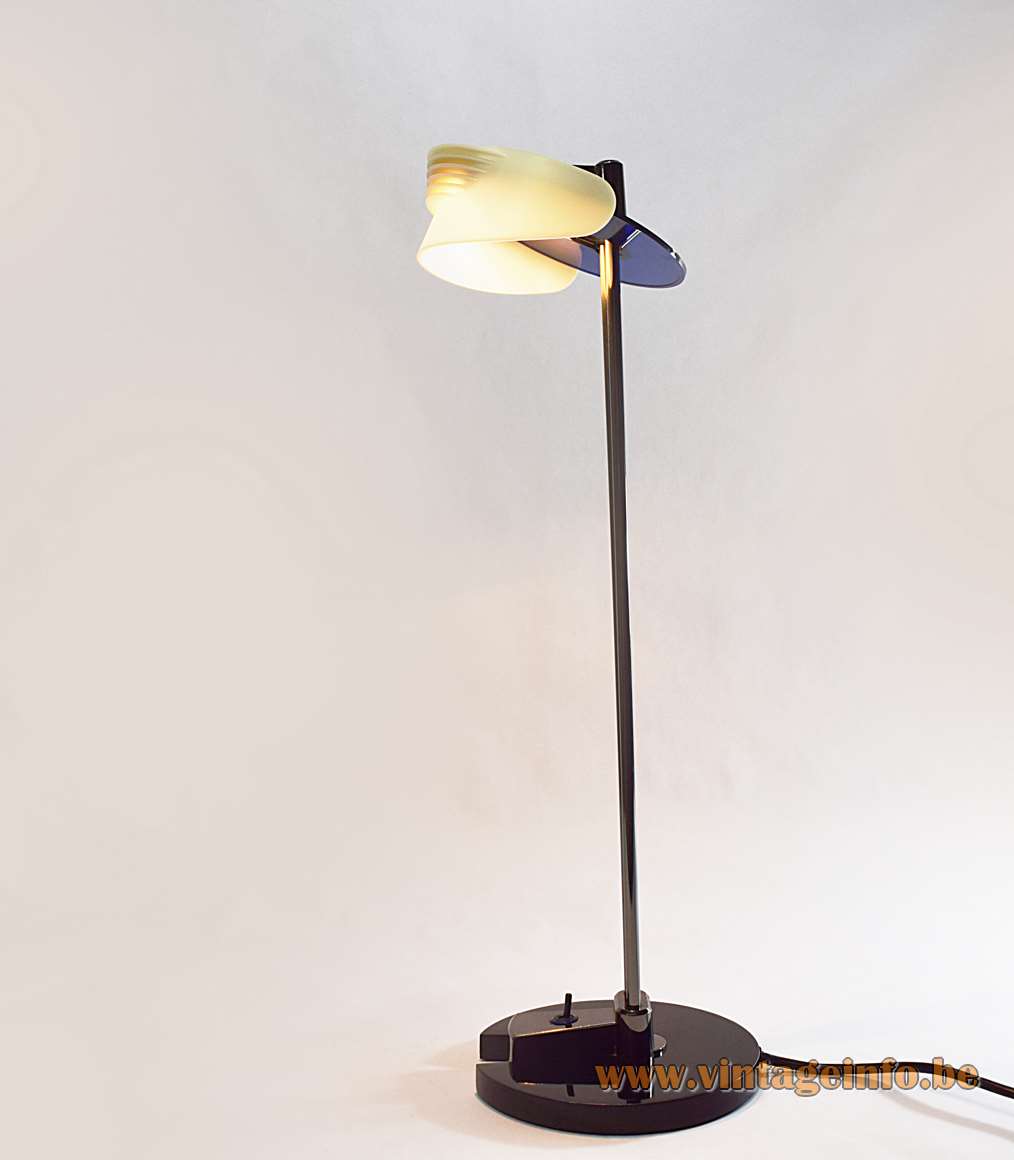 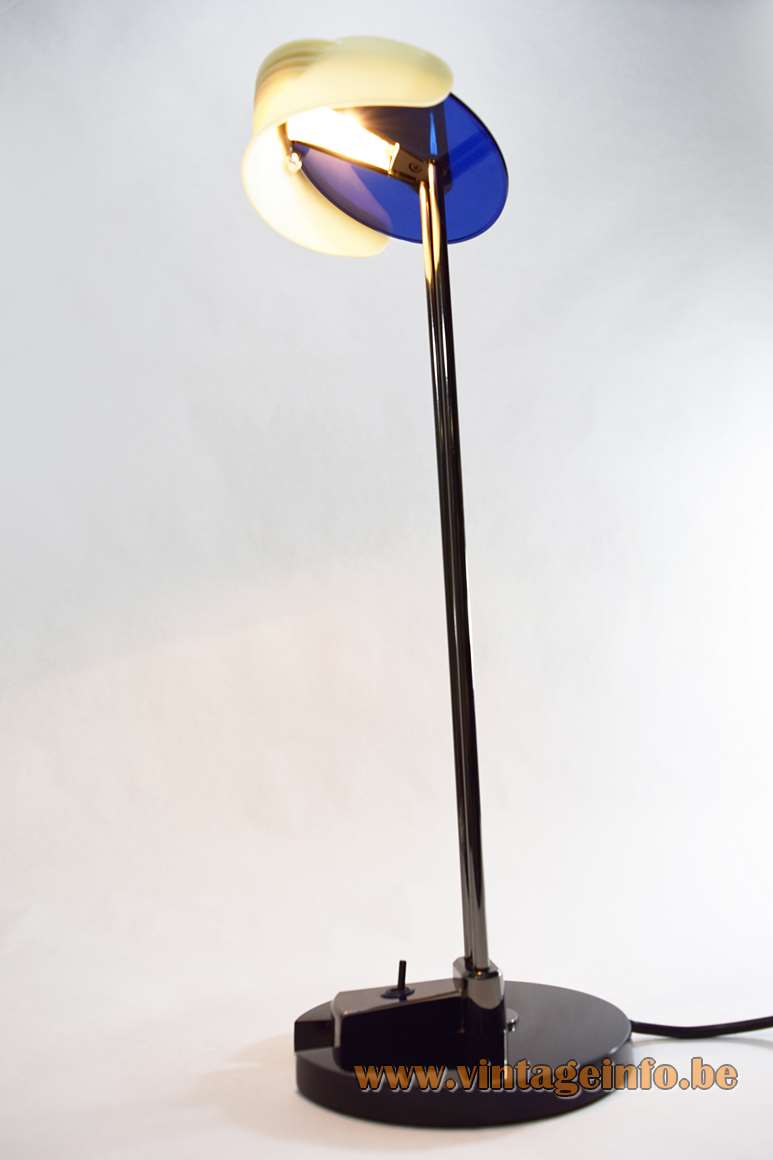 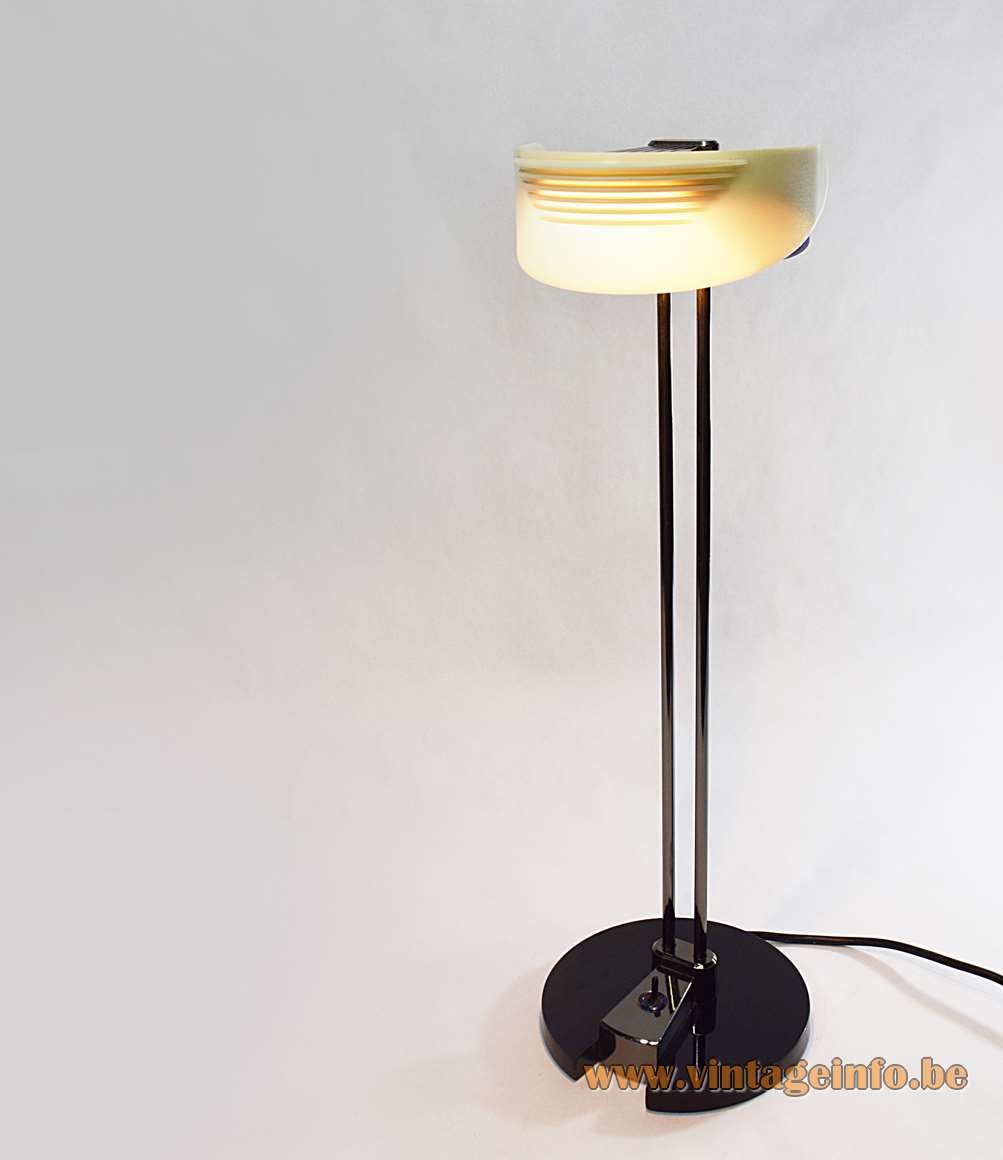 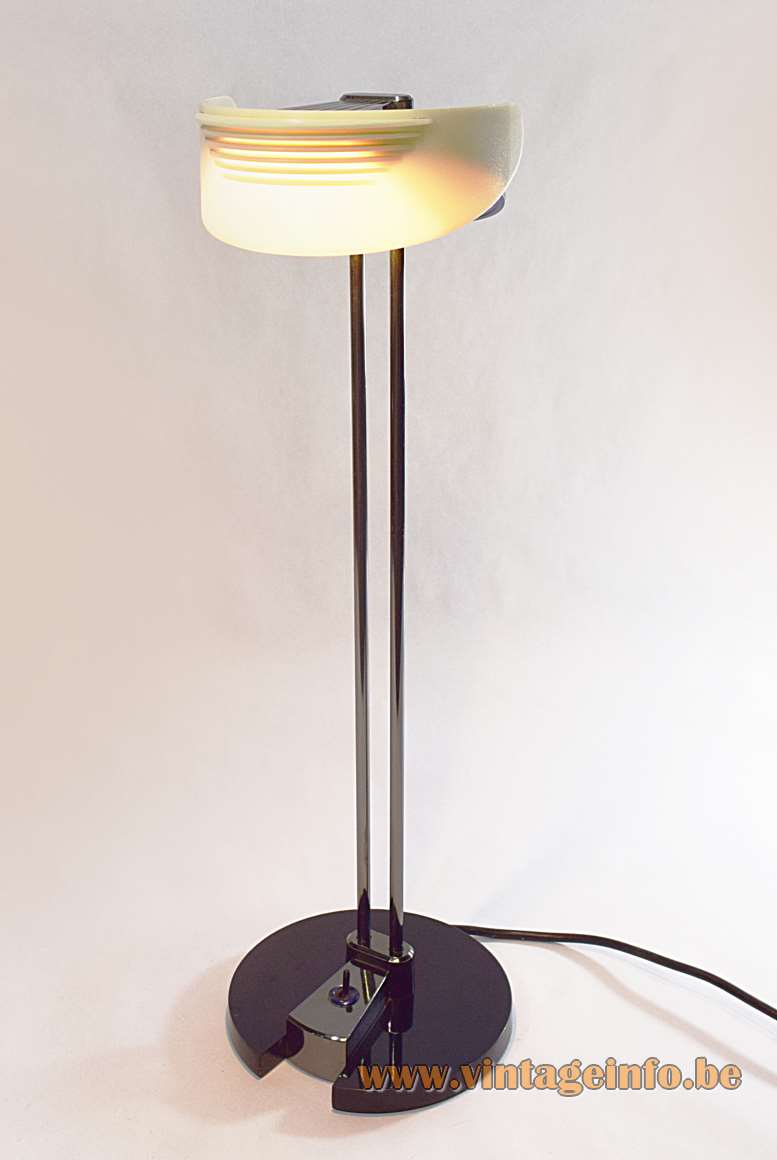 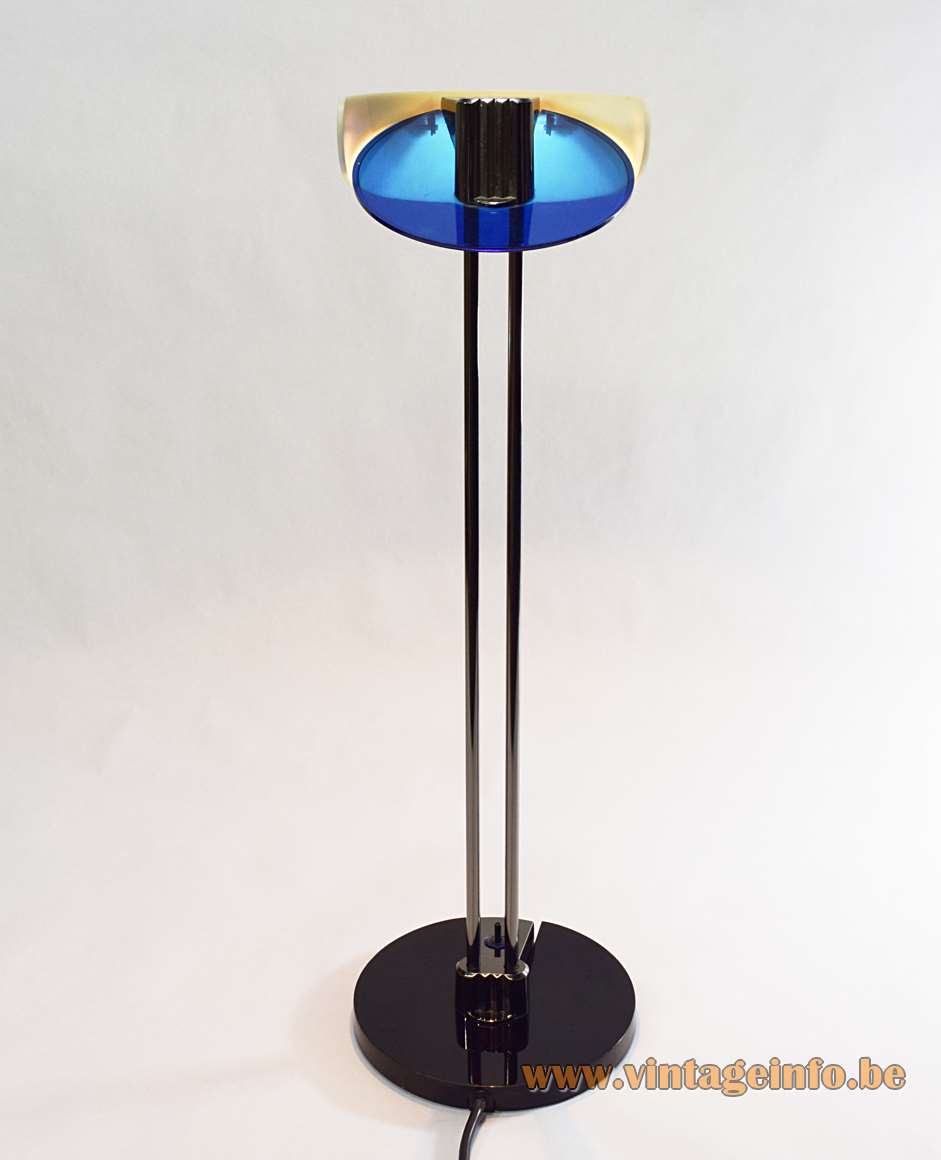 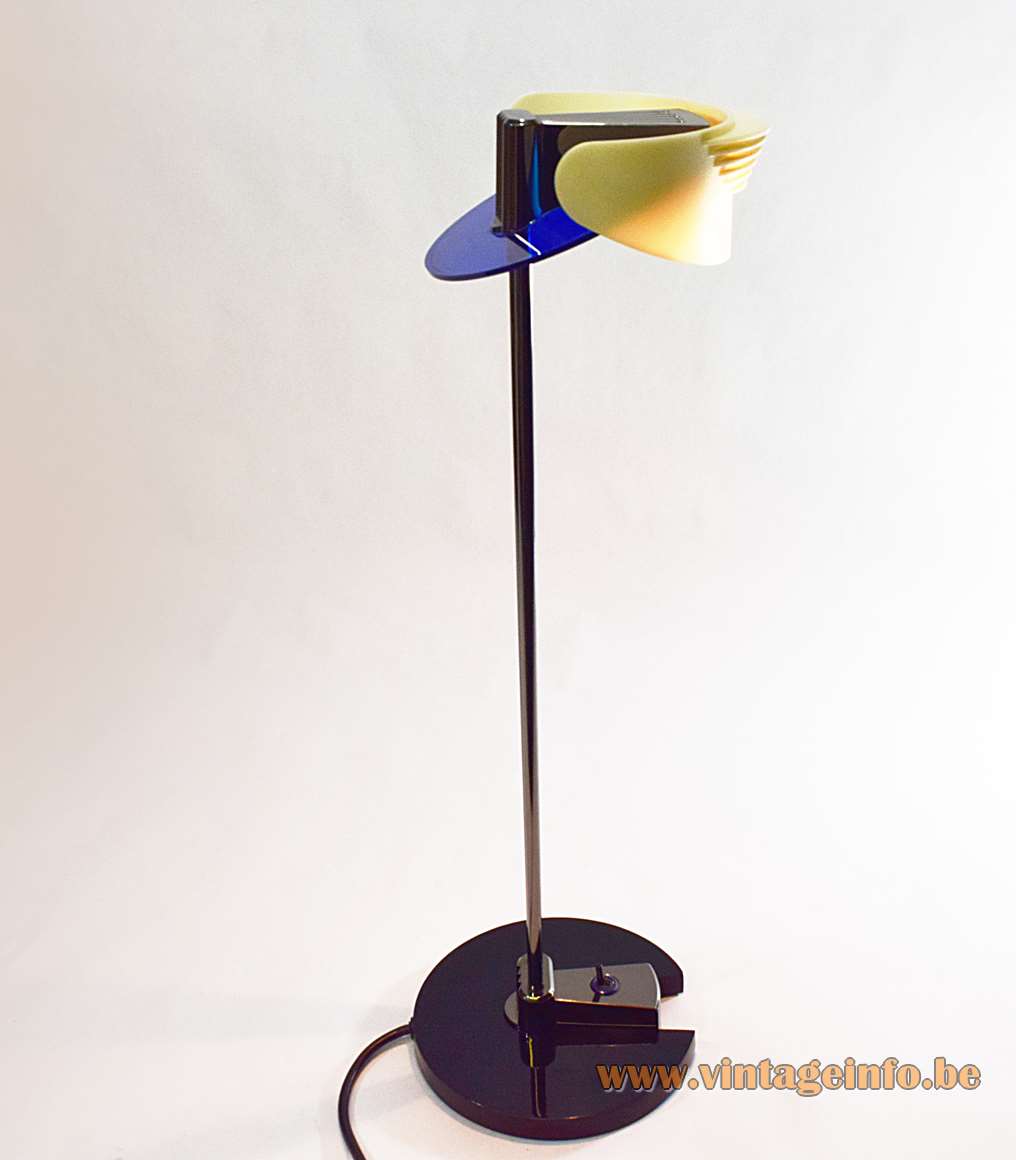 Other versions: The Arteluce Fritz desk lamp exists with a green lampshade.

This lamp is a first edition; patent pending is pressed on the bottom. 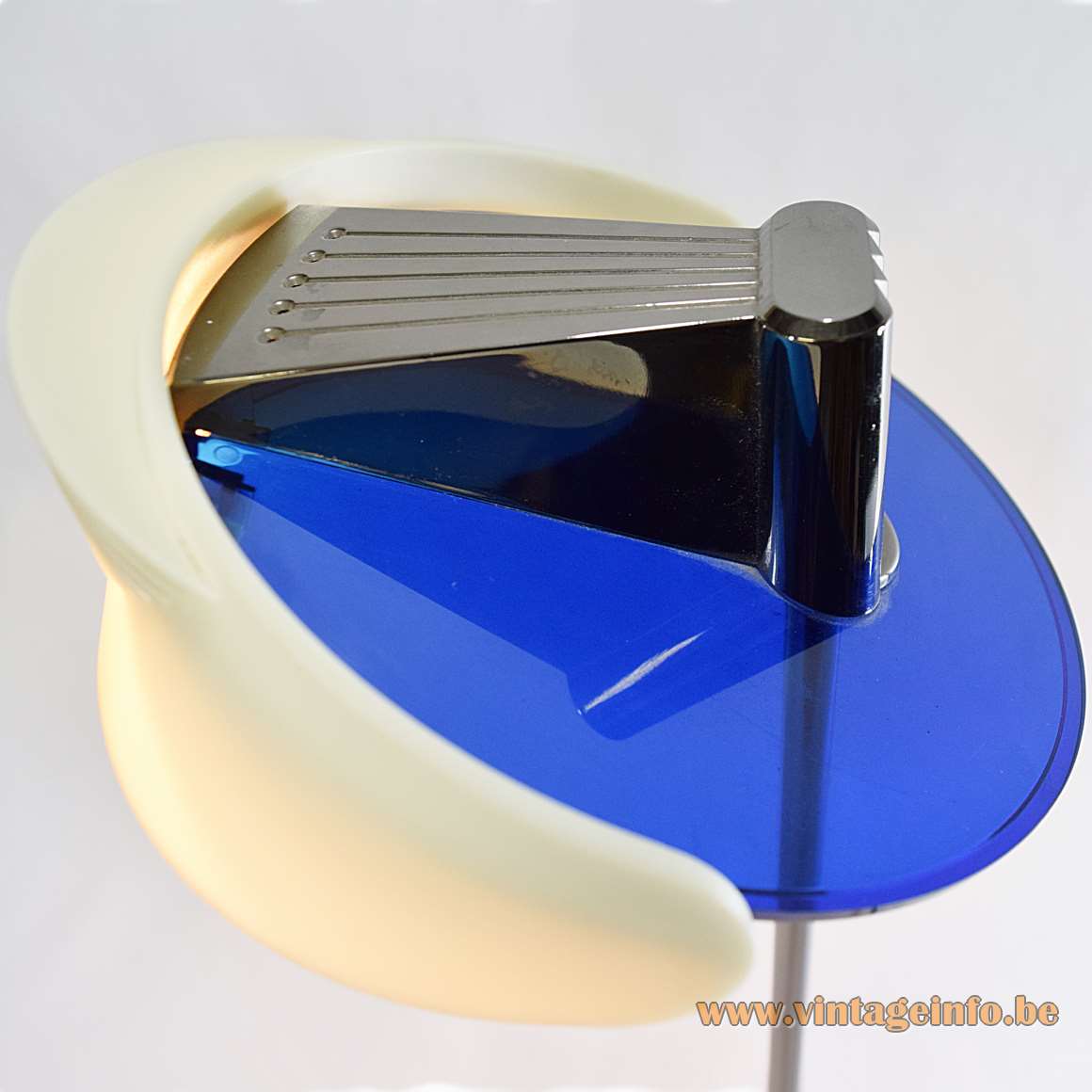 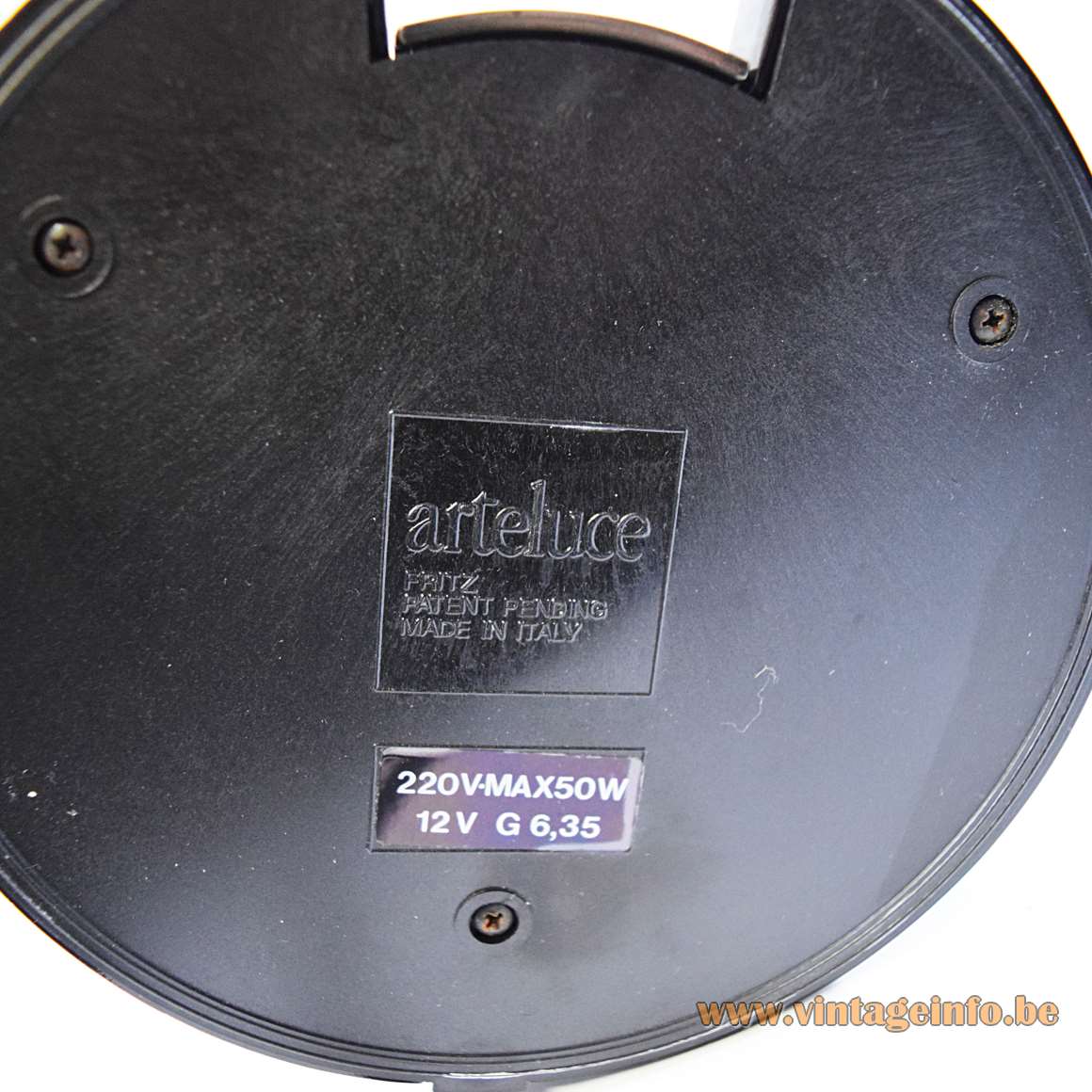