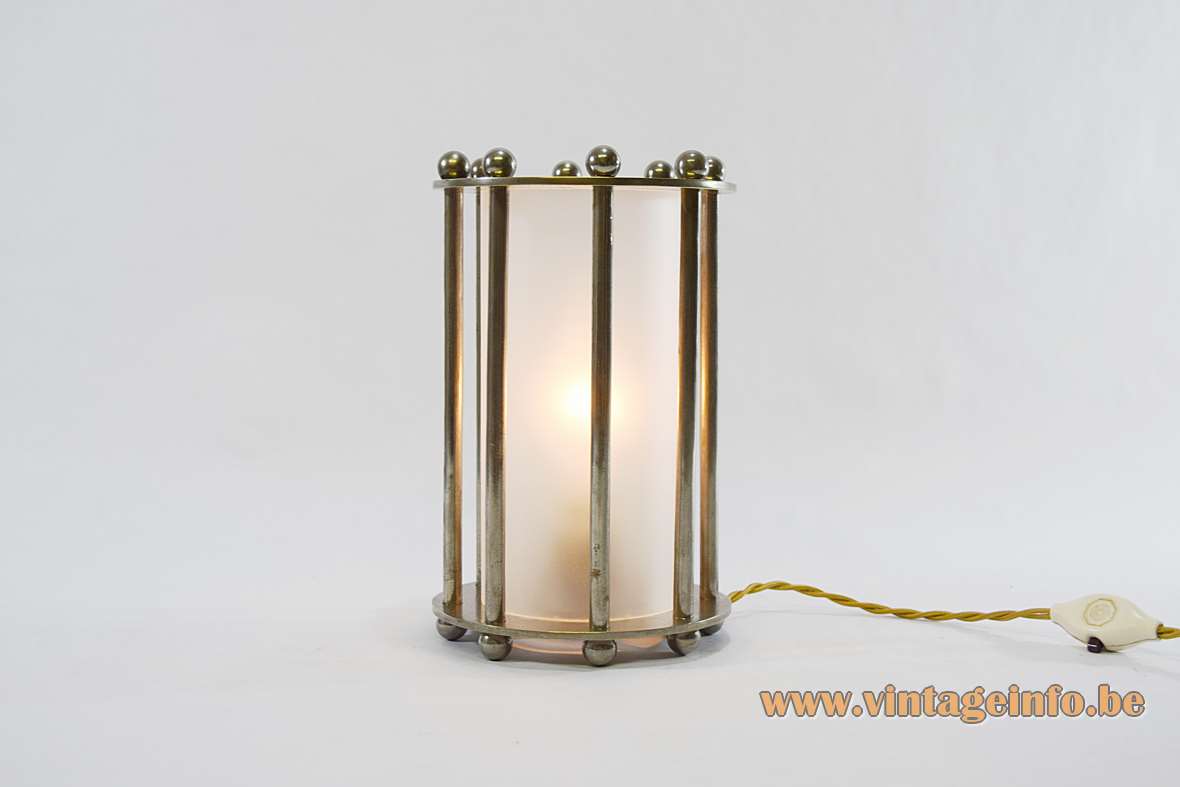 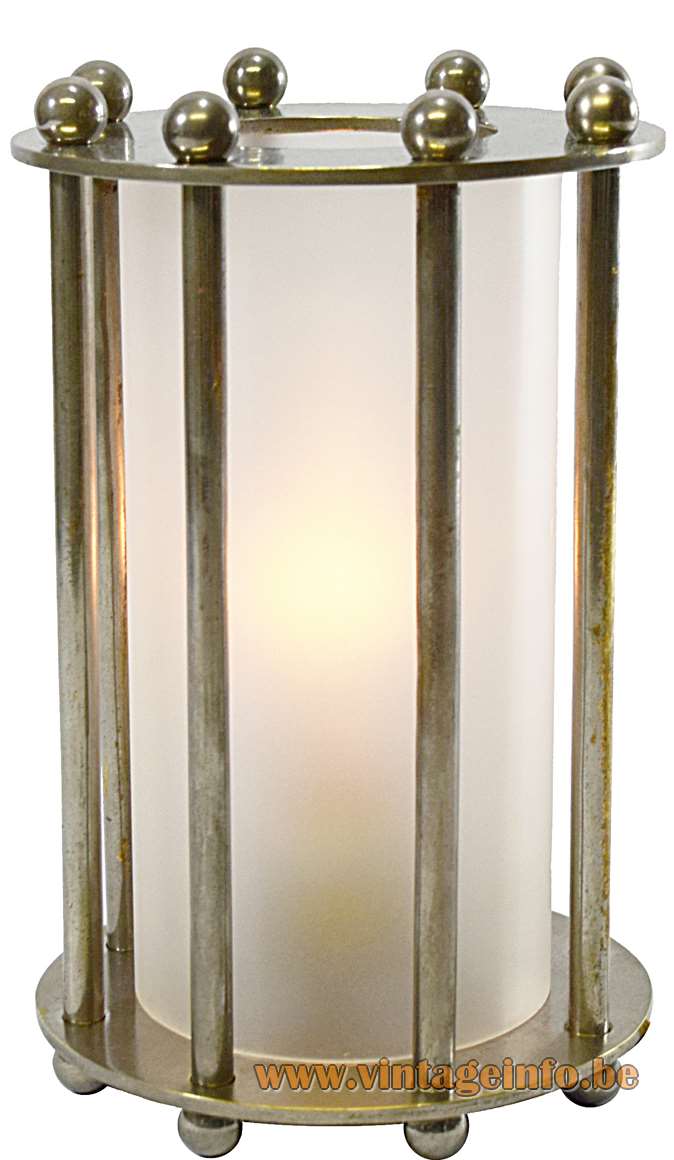 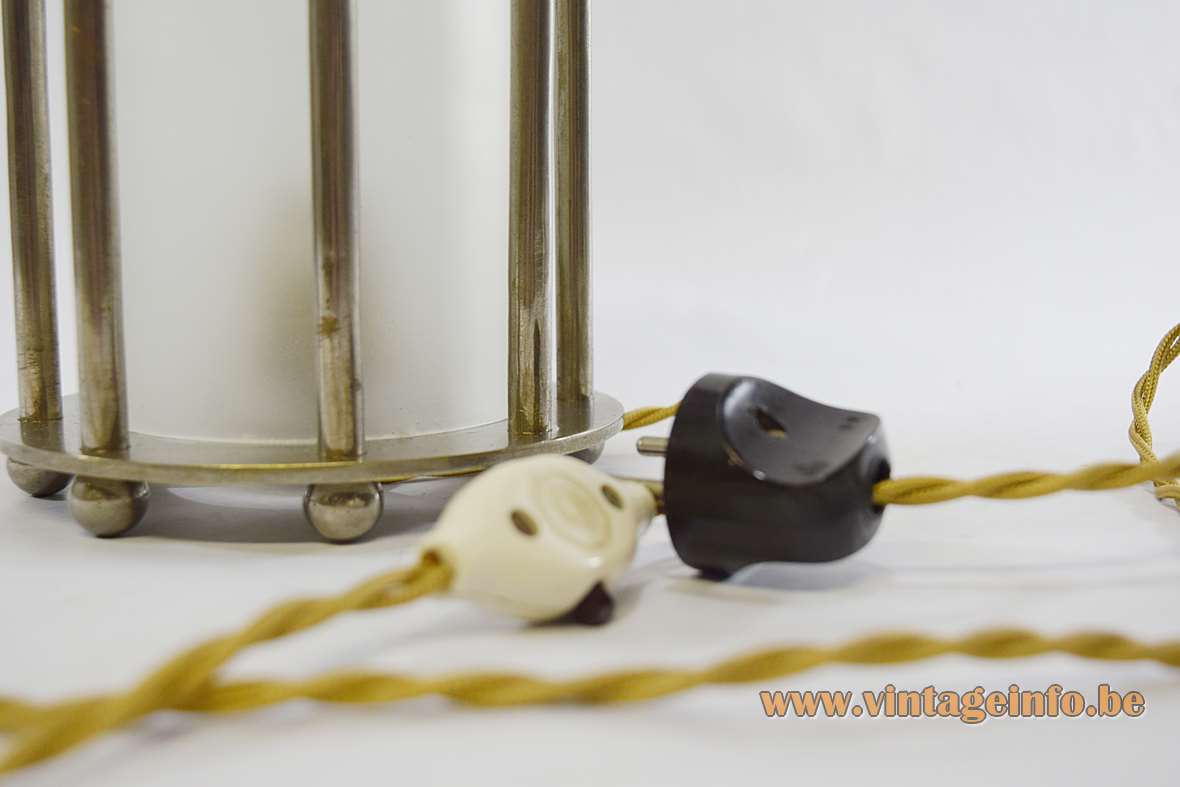 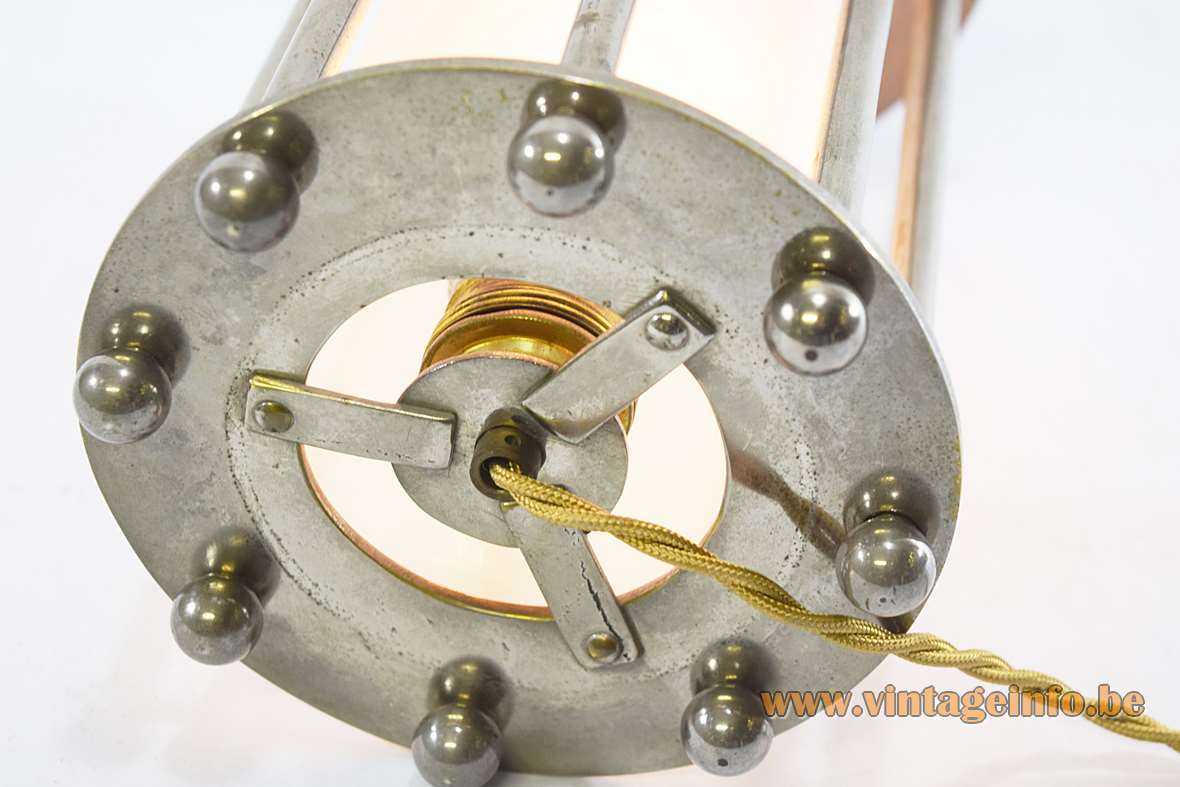 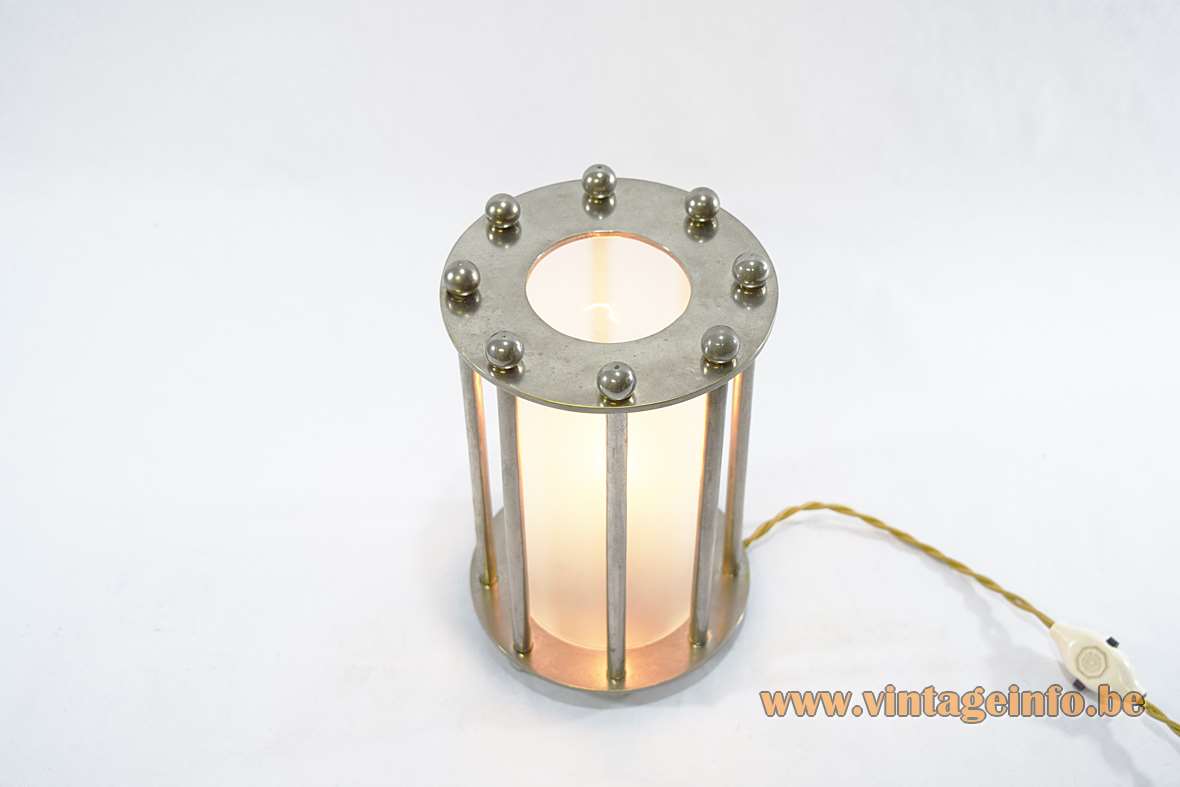 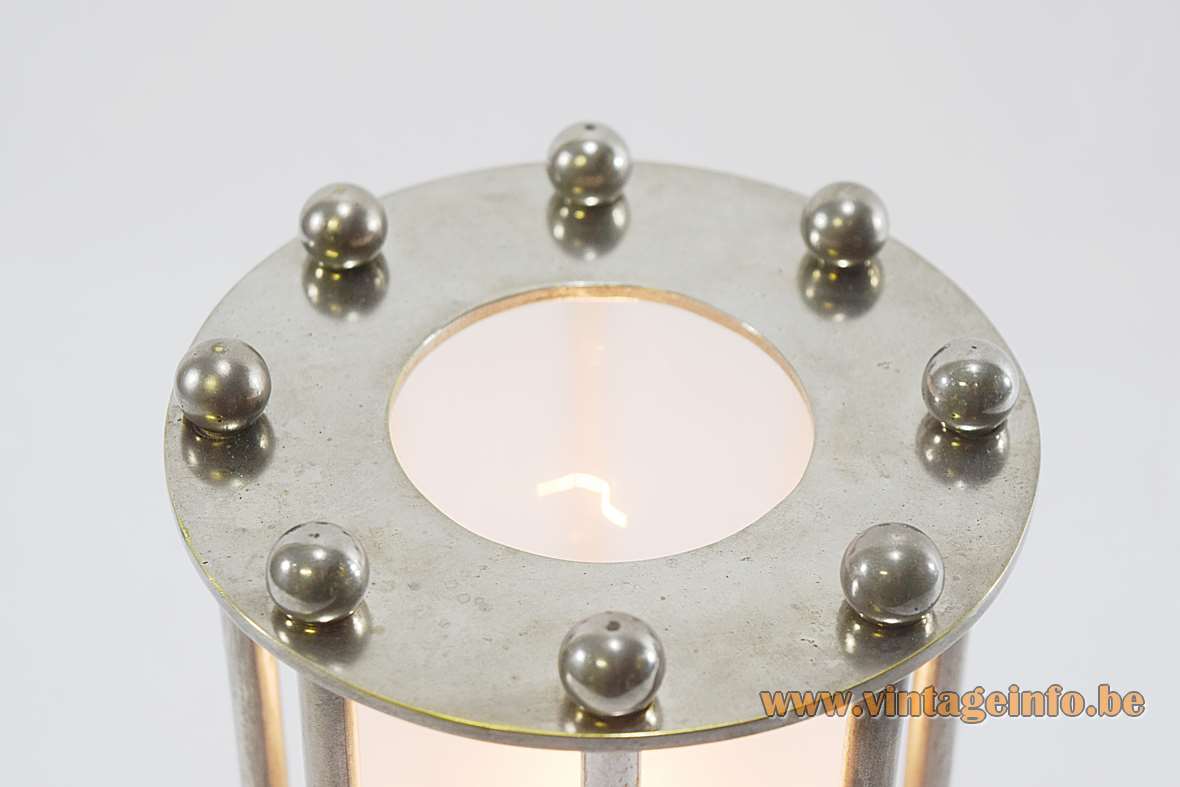 Materials: 2 nickel-plated metal round plates, open in the middle. 1 used for the bottom, the other for the top. Round frosted tubular crystal glass. 16 ornamental ball nuts. 8 nickel-plated tubes with inside 8 rods with thread. 3 metal slats. Brass and porcelain socket.

This 1930s modernist table lamp was made in the style of lamps created by Jean-Boris Lacroix. He designed many nickel-plated or chrome lamps with frosted glass, such as several designers did at that time. This lamp is rewired, but the switch and plug are original. No marks on the switch, plug: VFC – 250 volt, 6A.

The style of Lacroix is characterised by the predominance of geometric shapes, rigorous lines, right angles and smooth surfaces without mouldings.
His wooden furniture is often equipped with metallic embellishments, while other pieces are entirely made of metal like the Duralumin, an aluminium alloy. But from his numerous creations, the lights he designed were the most famous. He designed lamps for companies such as the French Atelier Pierre Disderot, Lunel, Mitis, and for his own business: Lacroix. 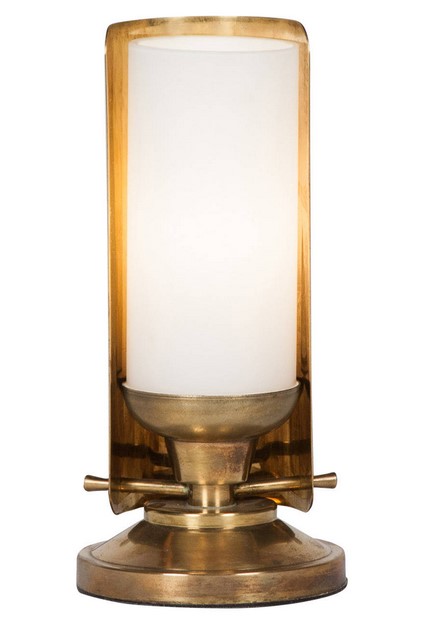 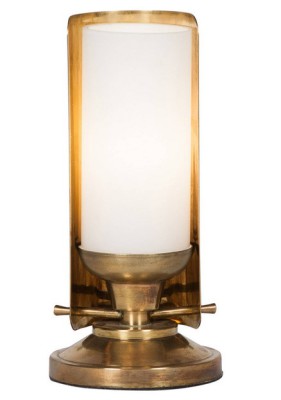 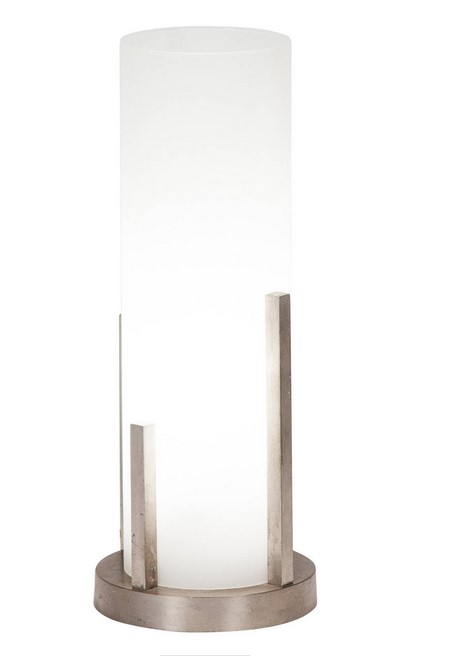 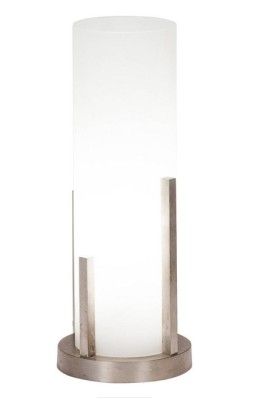 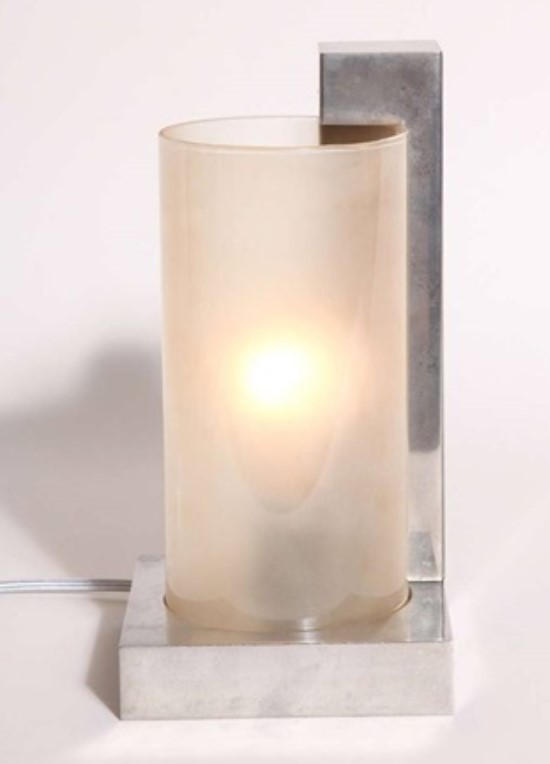 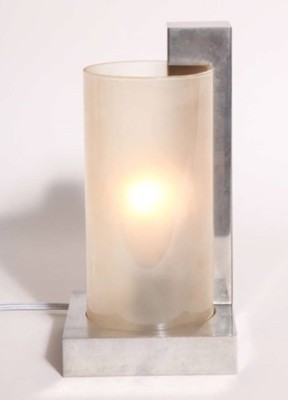 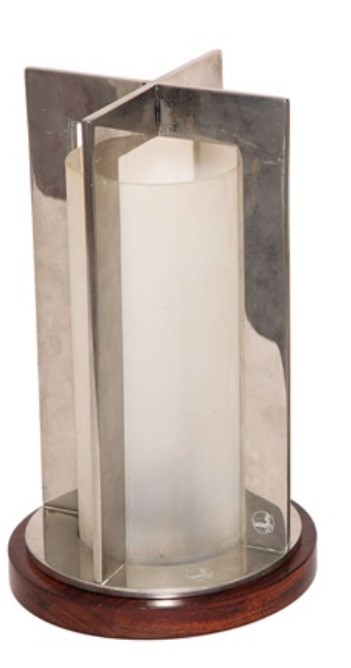 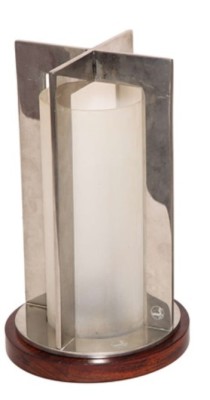 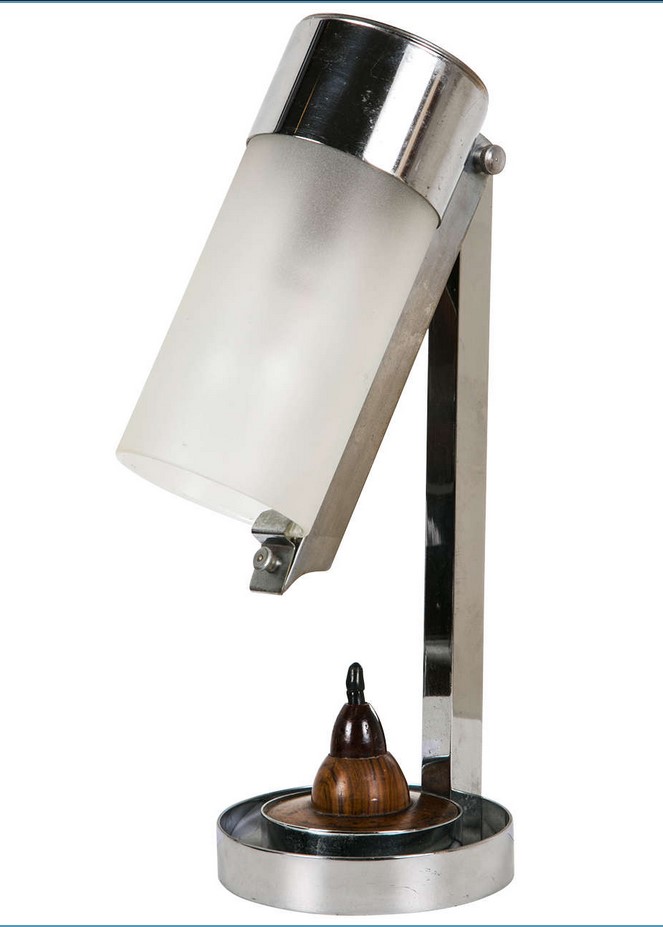 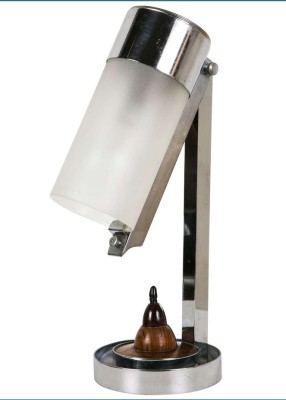 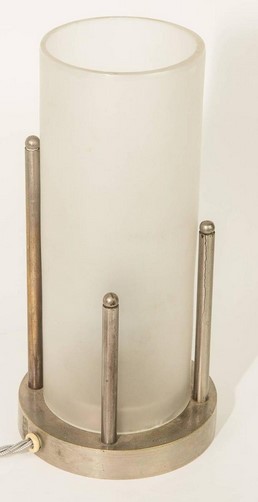 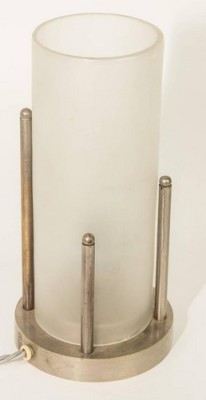 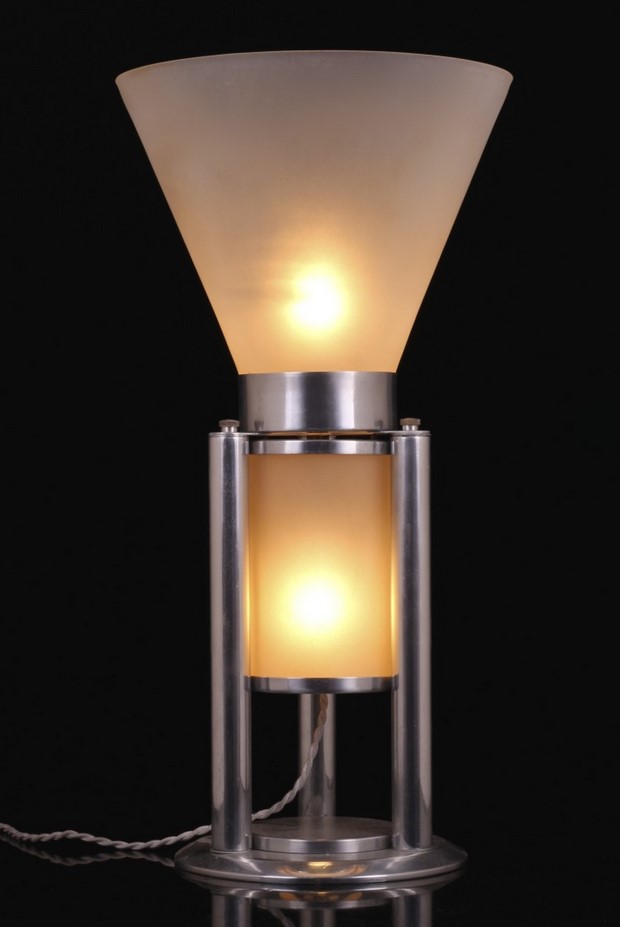