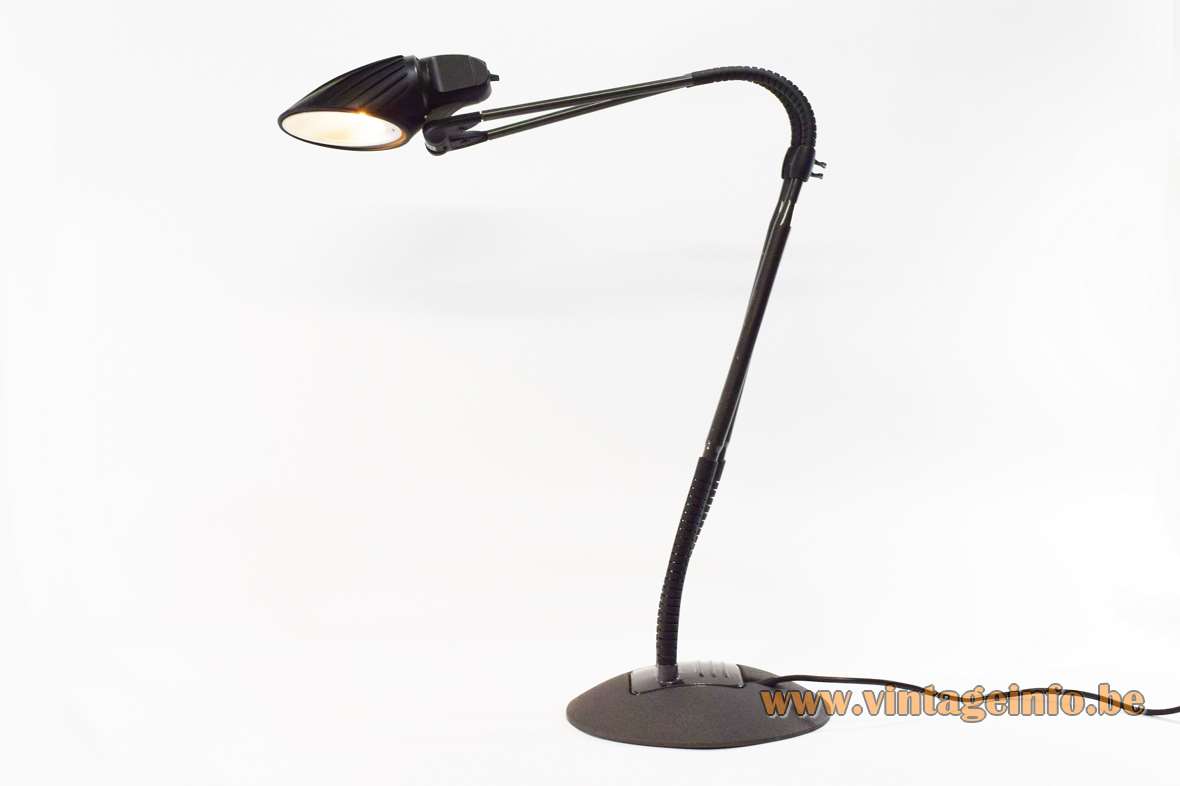 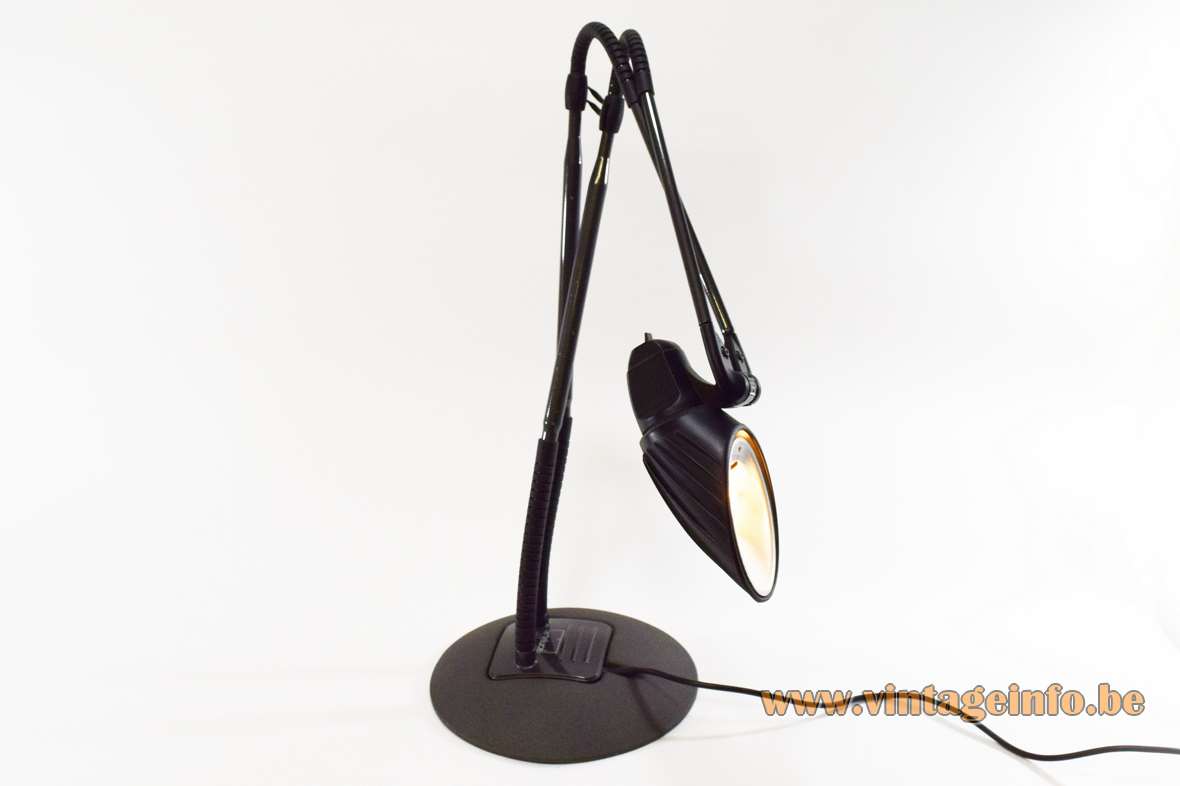 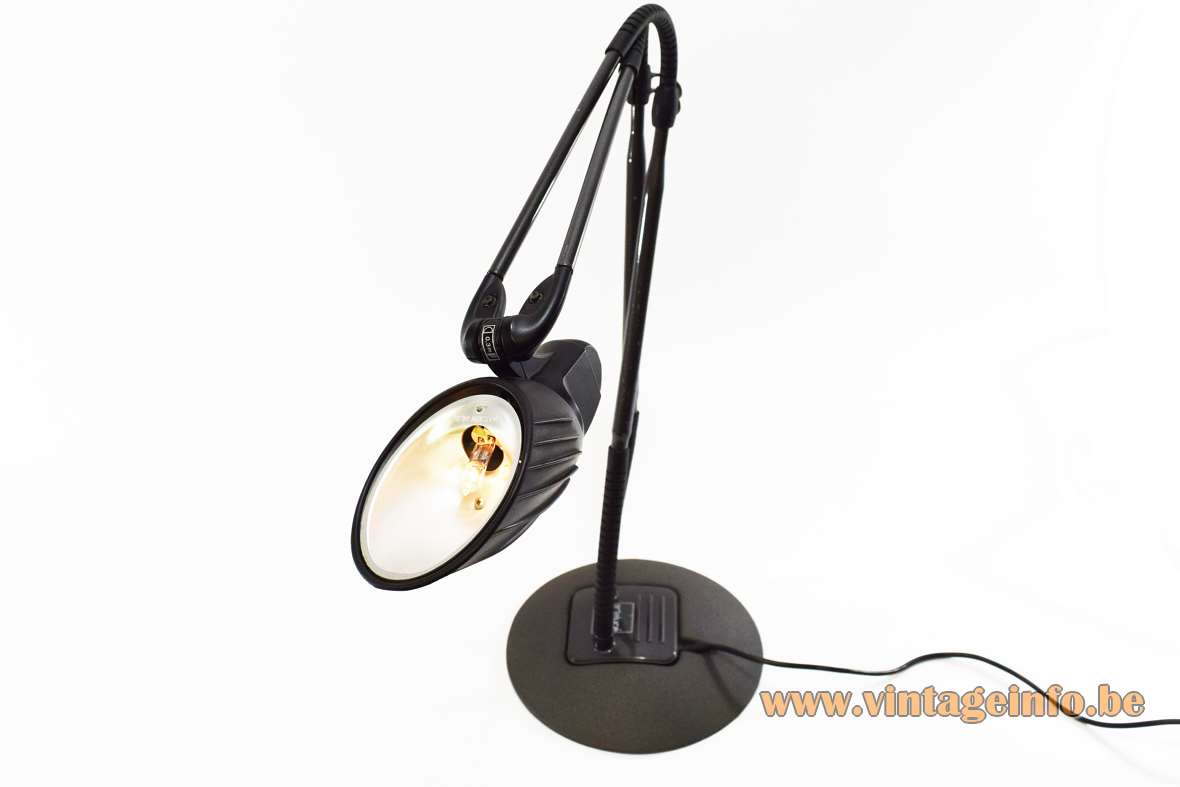 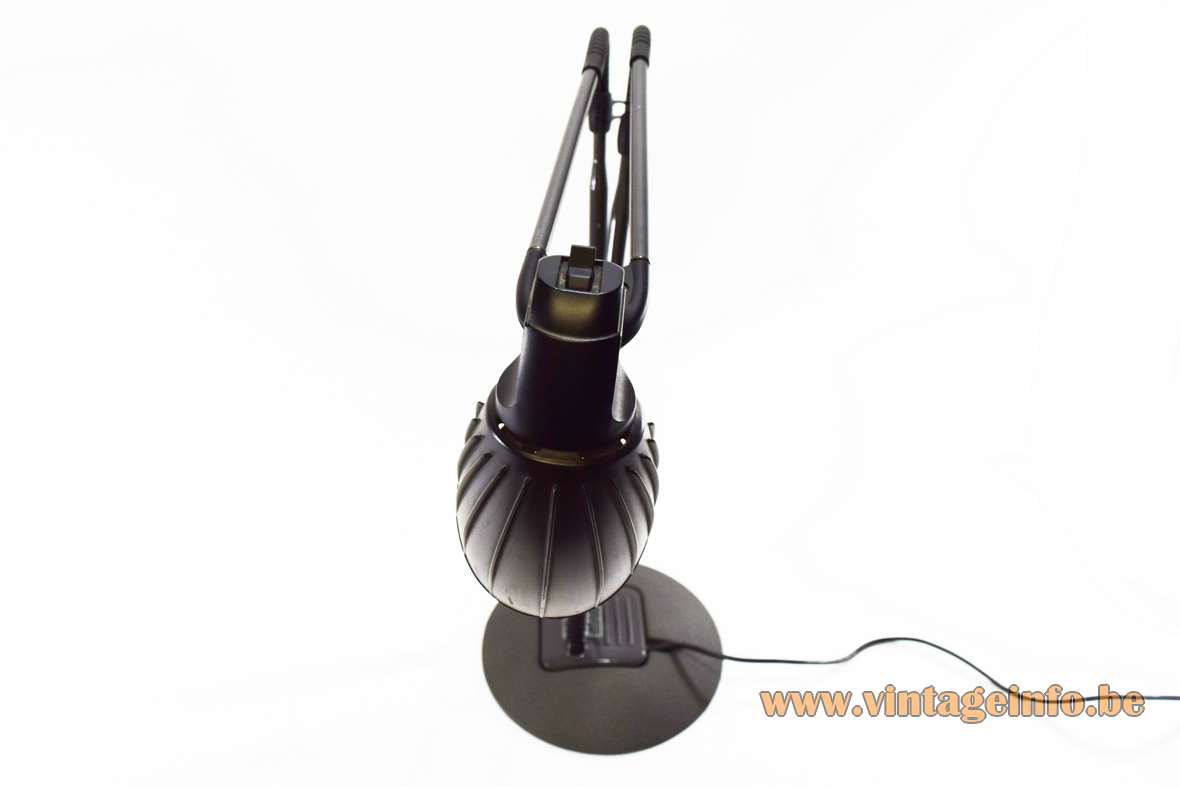 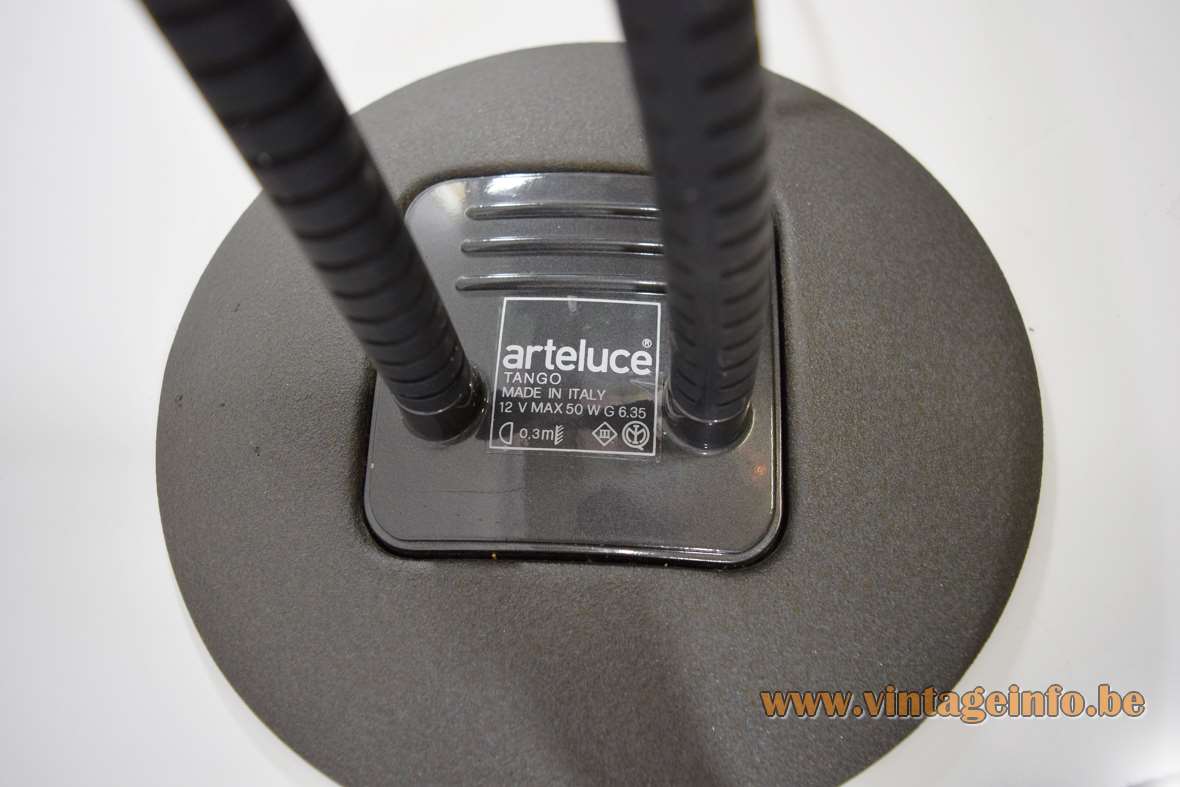 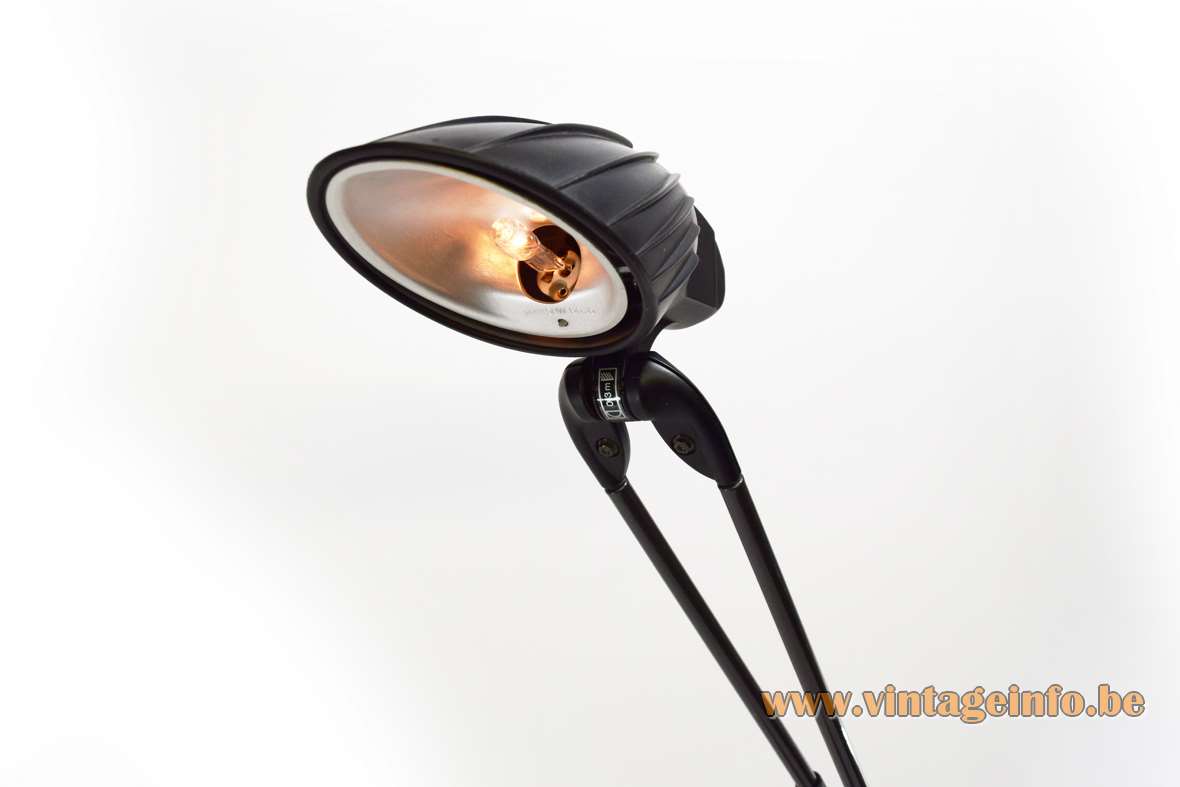 Other versions: The Arteluce Tango desk lamp exists with a blue lampshade and was made in grey and grey with white. These lamps have an external transformer that produces both 6 and 12 volts. The switch can thus be set to 3 positions. Low, high and off. It appears in FLOS catalogues until at least 1999.

Stephan Copeland was born in Montreal, Canada in 1960 from Irish parents and currently works in New York. Copeland has won several awards and been wildly published and exhibited for design innovation. He designed for FLOS, Knoll, Herman Miller, NASA and many more.

Text from his website about the lamp: “The Tango Lamp has received several international awards. With applications from the World Bank‘s Paris headquarters to James Bond films, Tango’s fluid functionality is unique among desk lamps.”

FLOS was founded in 1960. The company was born as a small workshop in Merano, where new materials were experimented, and new stylistic and functional researches, when Dino Gavina and Cesare Cassina collaborated with an important importer of an innovative polymeric coating (Cocoon) produced in the United States: Arturo Eisenkeil. The Eisenkeil company is still located in Merano (or Meran), South-Tirol, Italy.

In the nineties, FLOS decided to create its own spin-off called Light Contract, a division specialised in the production of professional products and lighting systems for large commercial spaces. Nowadays FLOS is still one of the leading companies in its sector. 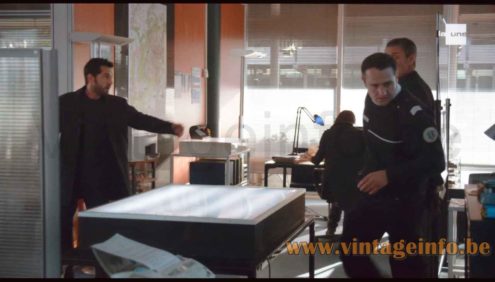 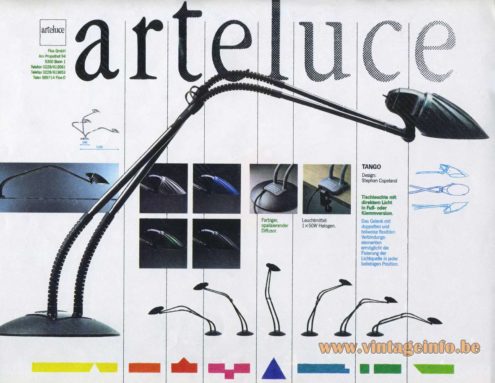