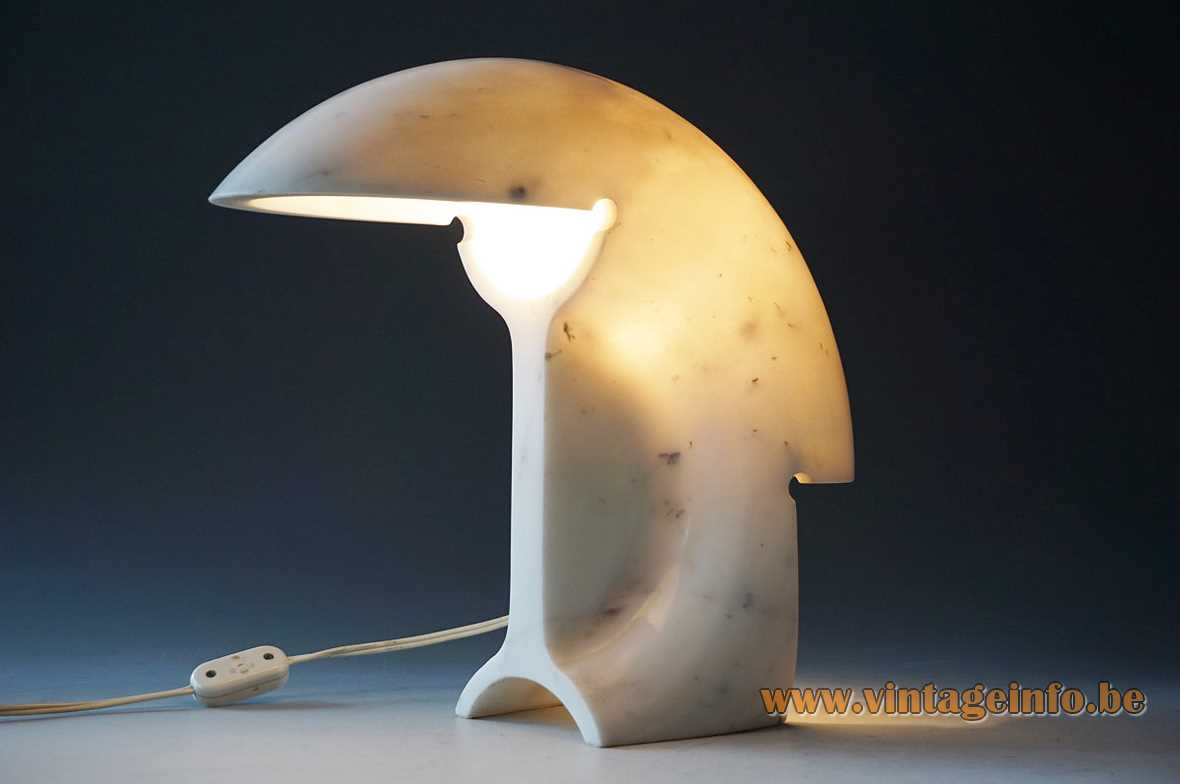 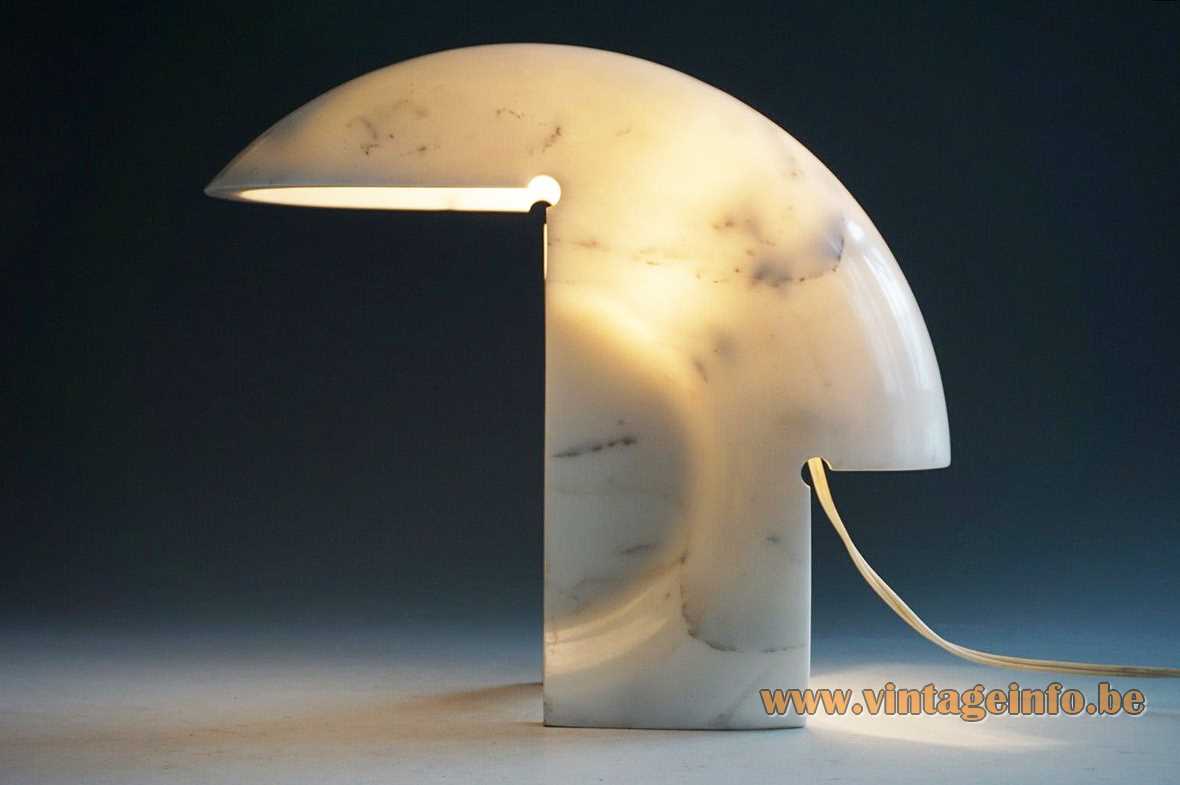 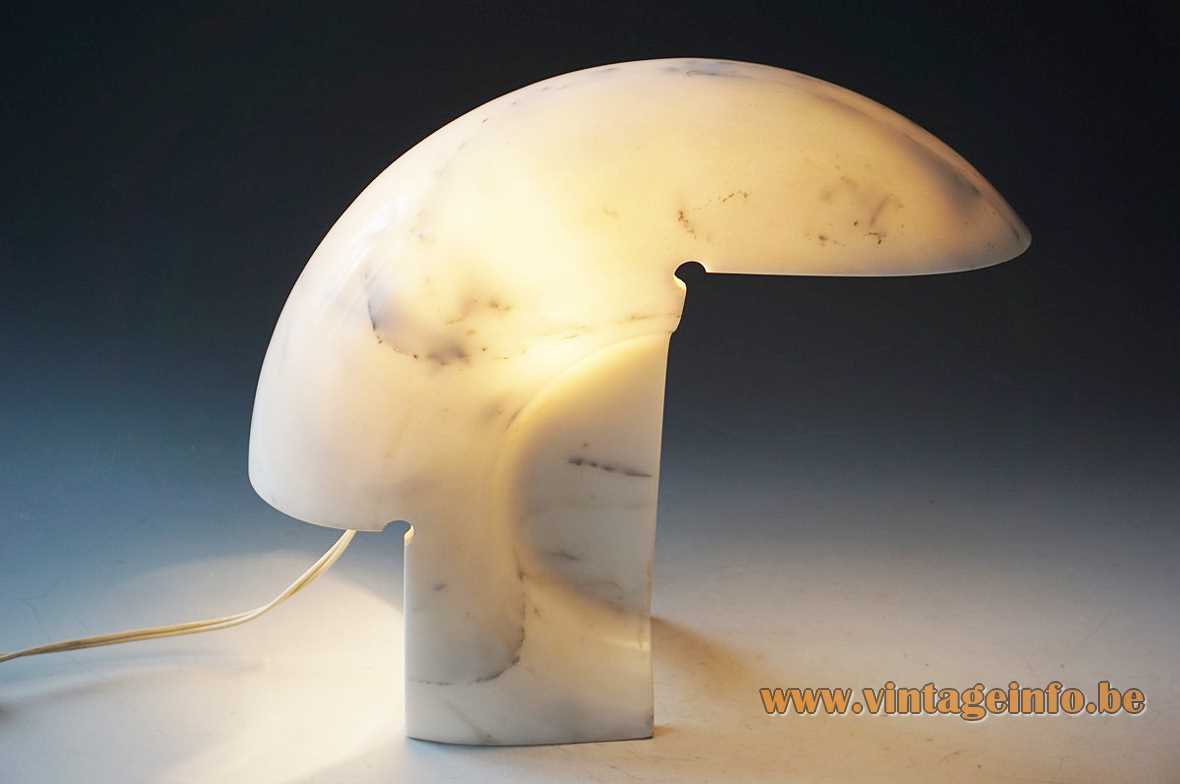 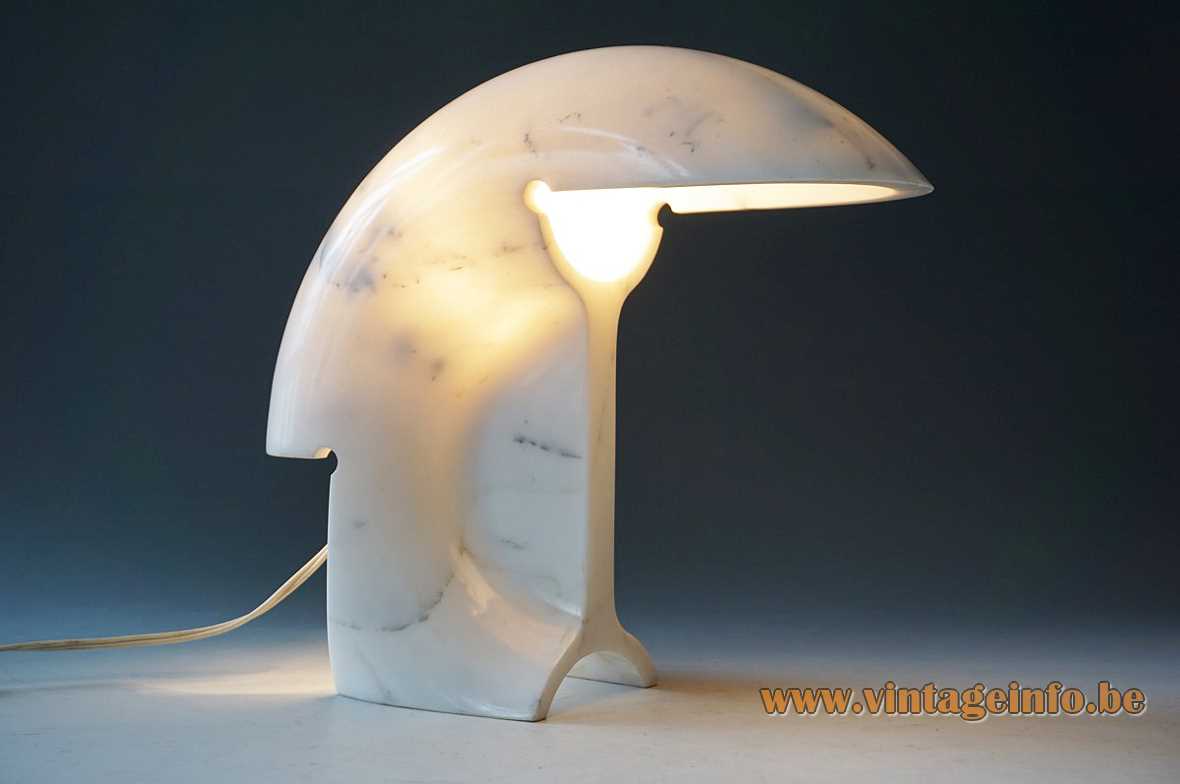 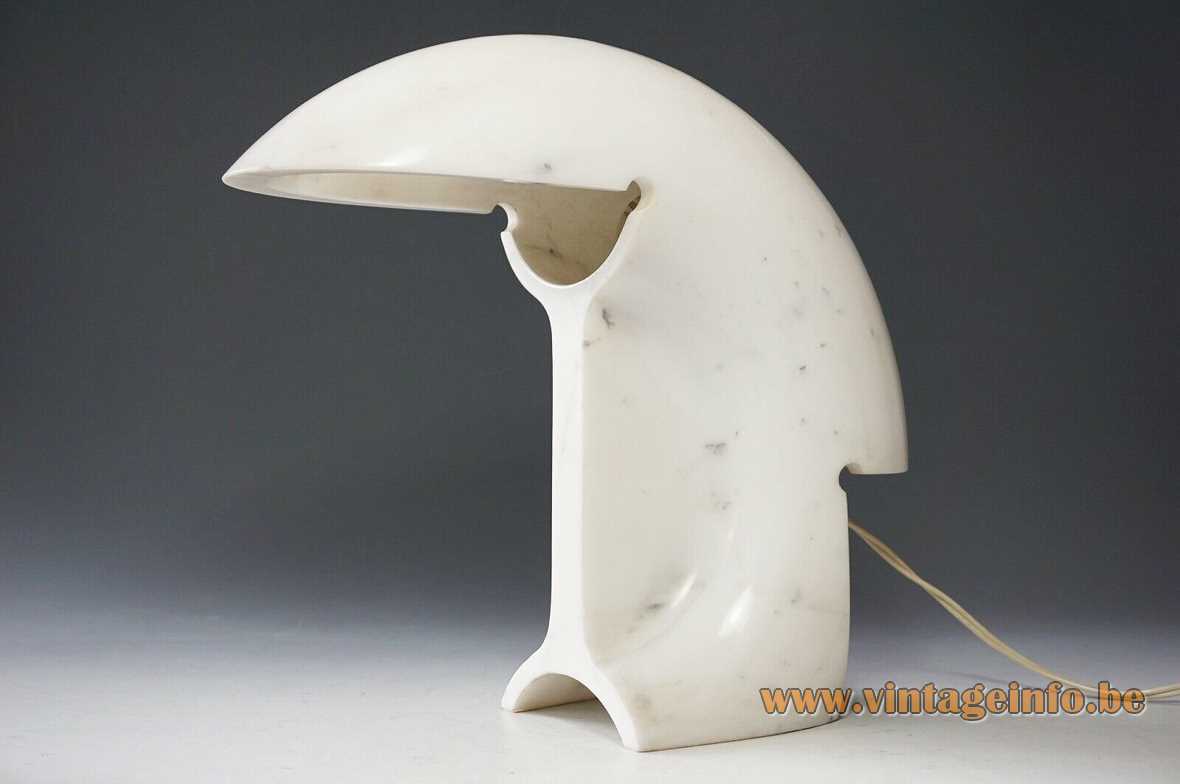 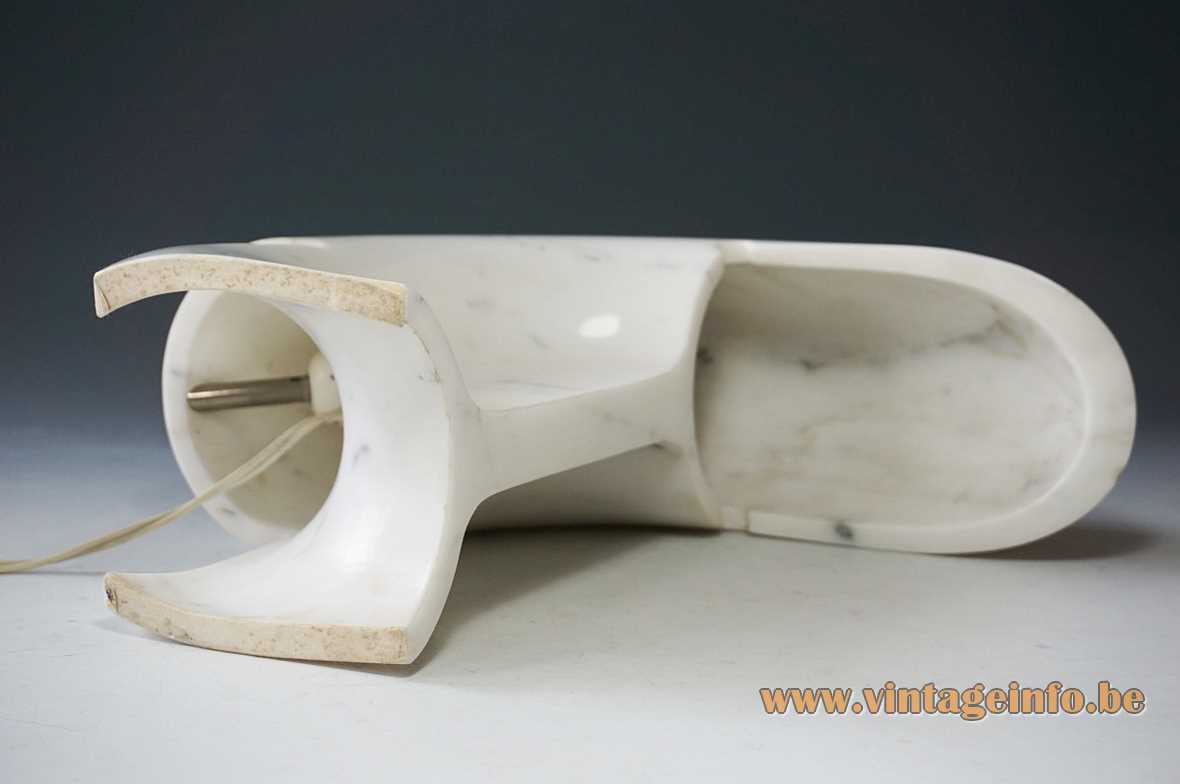 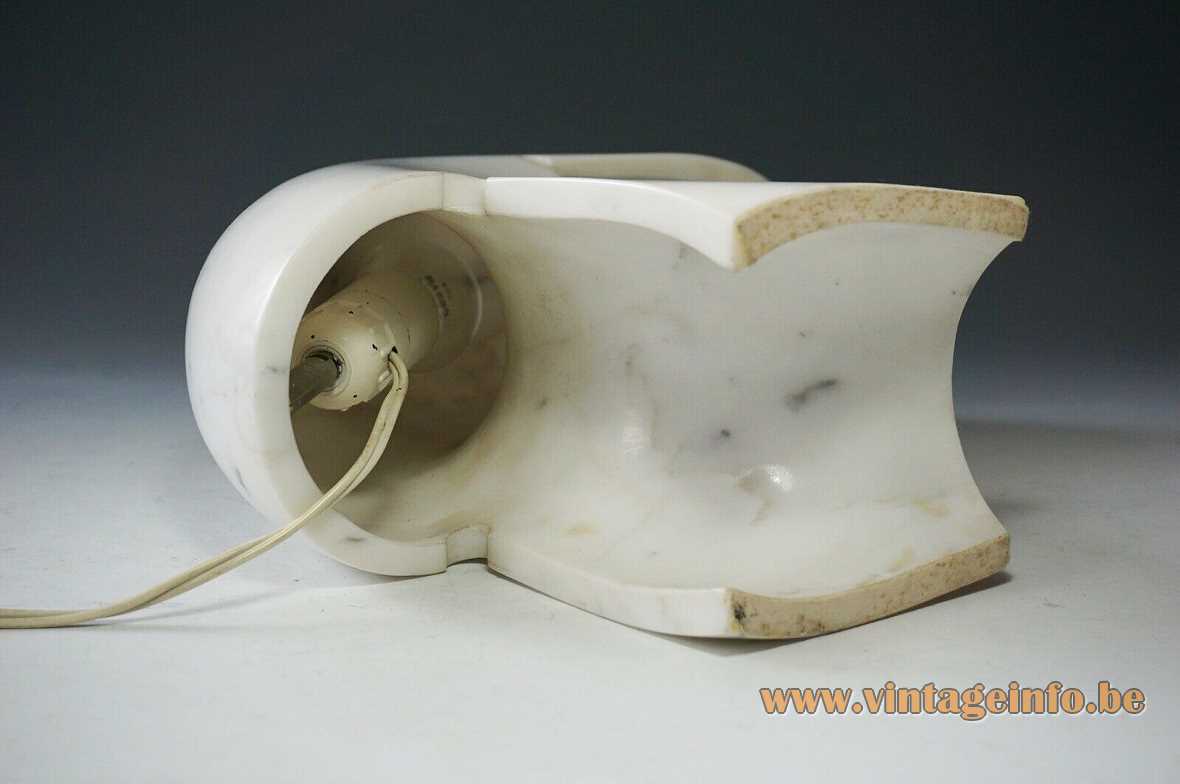 A Tobia Scarpa Biagio table lamp was used as a prop in the 12th James Bond film For Your Eyes Only from 1981. Starring Roger Moore and Stag Theodore in this scene.

Scene in the James Bond film For Your Eyes Only were the Tobia Scarpa Biagio table lamp appears.

VIDEO – The making of the Tobia Scarpa Biagio table lamp

Other versions: The Tobia Scarpa Biagio table lamp exists also in Callacata marble. Callacata is a more expensive form of Carrara marble. It was made in the early years of production.

The Biagio table lamp is a classic and is still in production. You can find this marble table lamp over here in the FLOS 1980s catalogue.

The difference between Carrara and Callacata marble explained

Many thanks to Andreas Wambach for the photos. All pictures are photographed by him. You can find the shop of Mr. Wambach on Ebay over here.