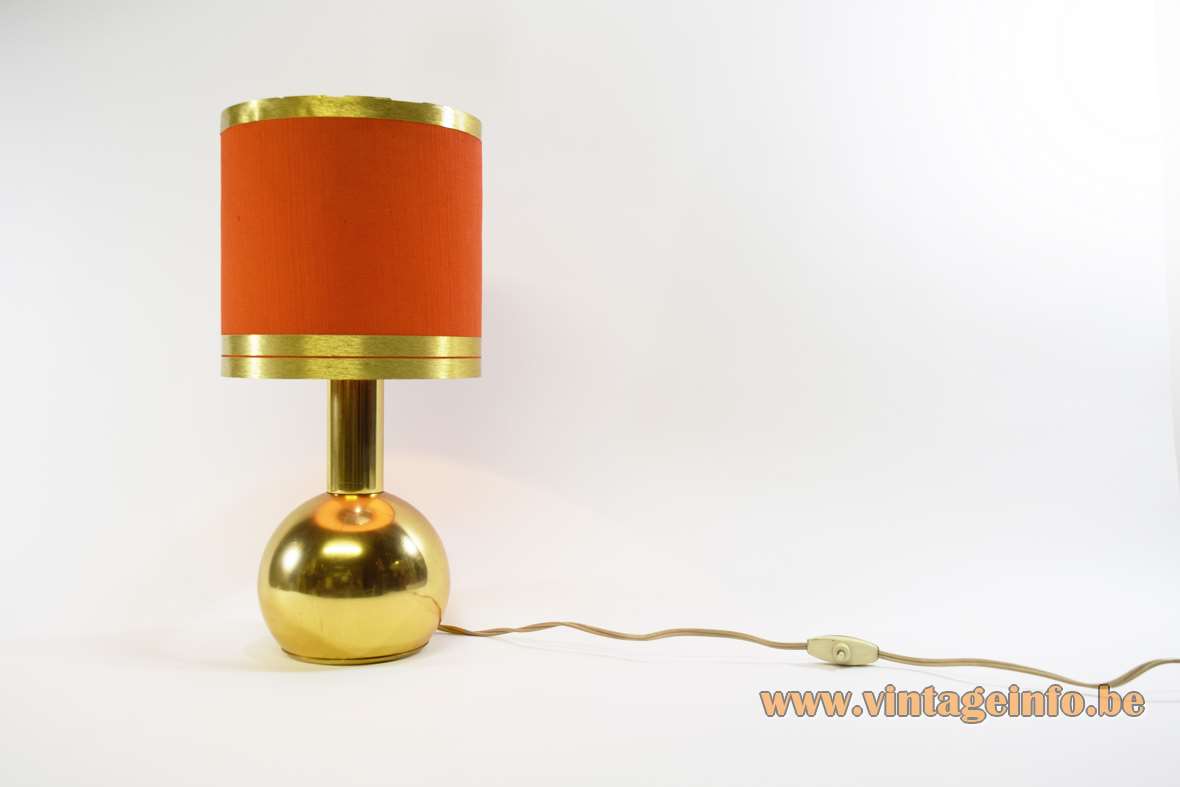 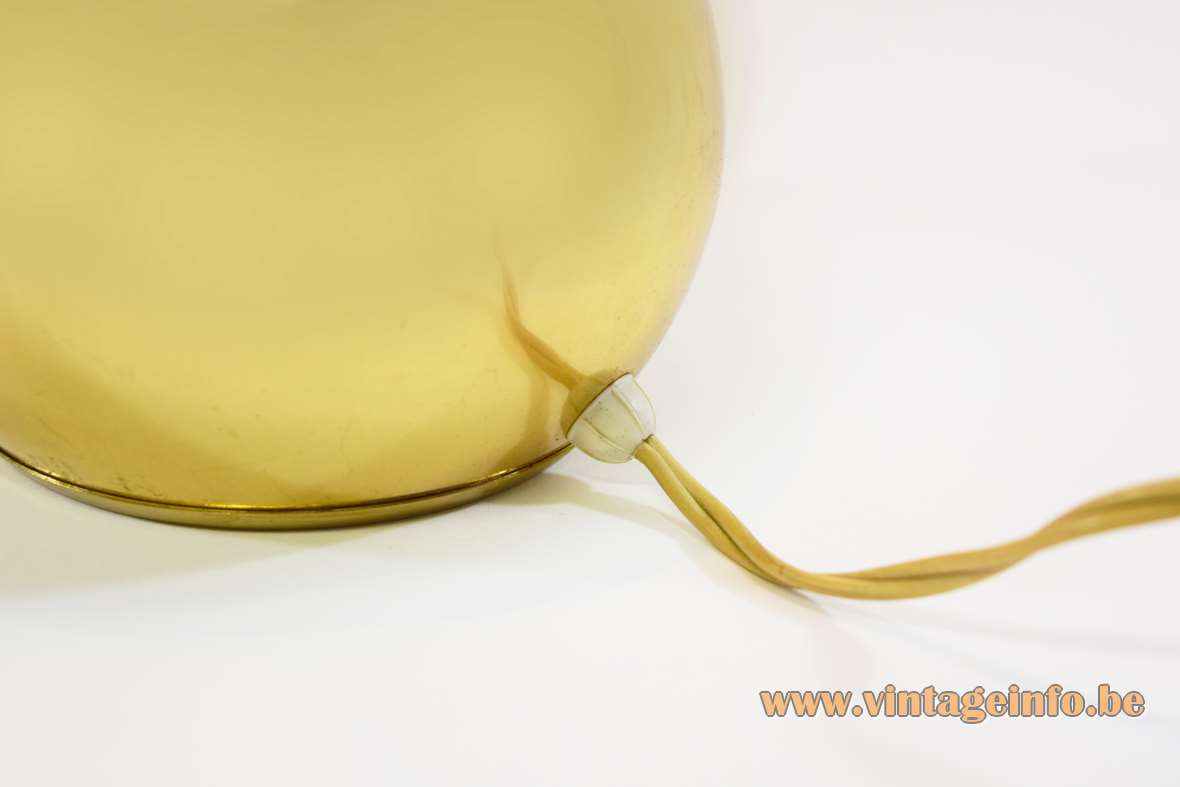 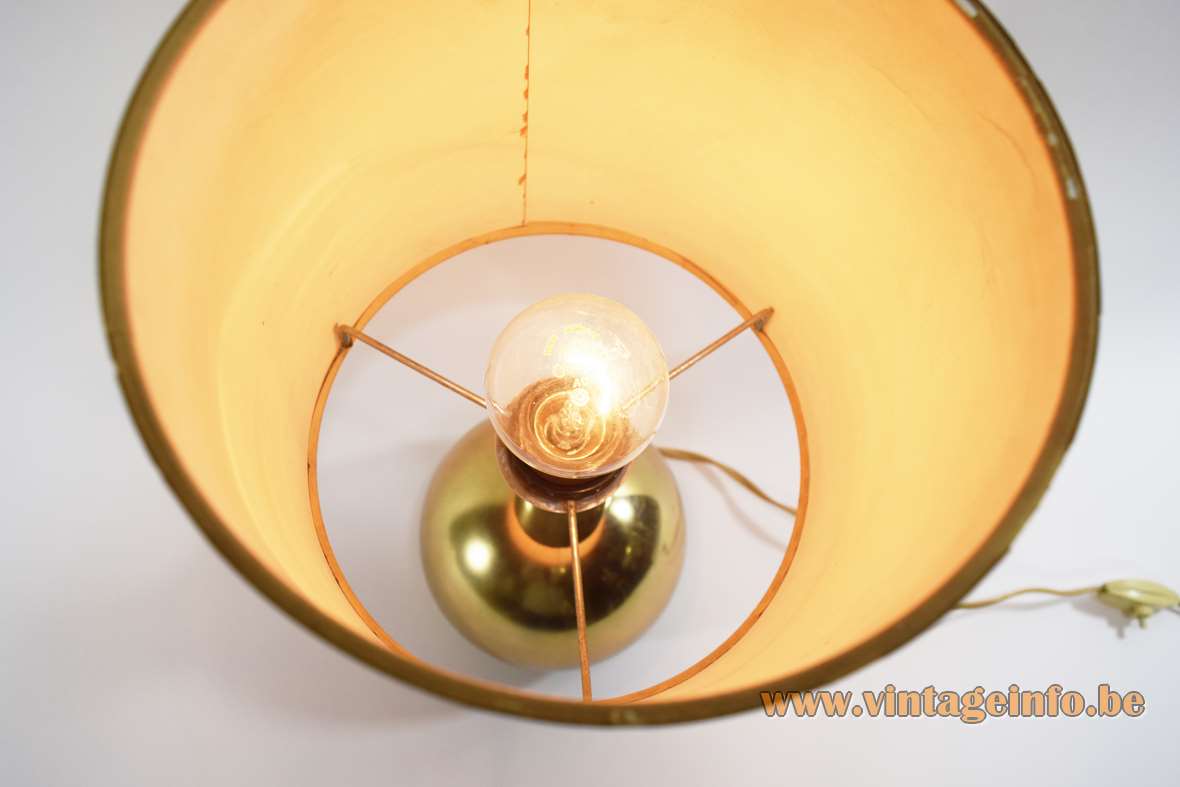 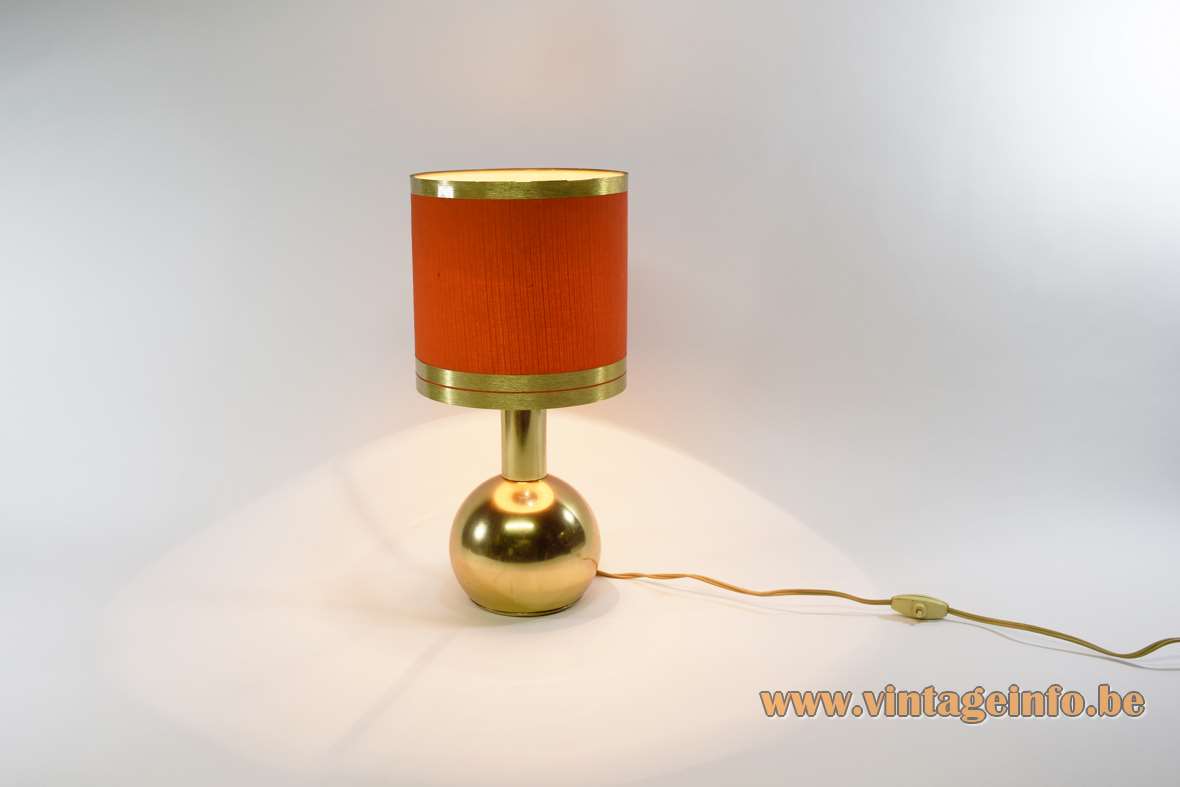 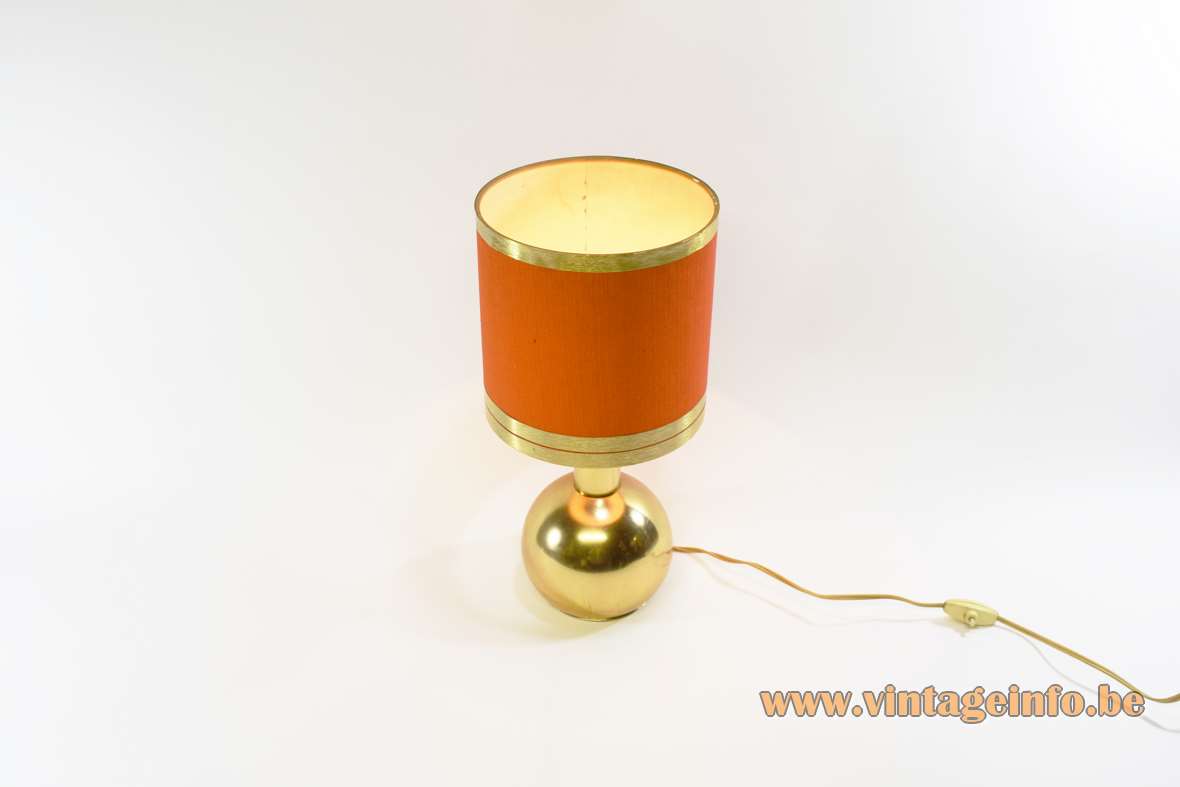 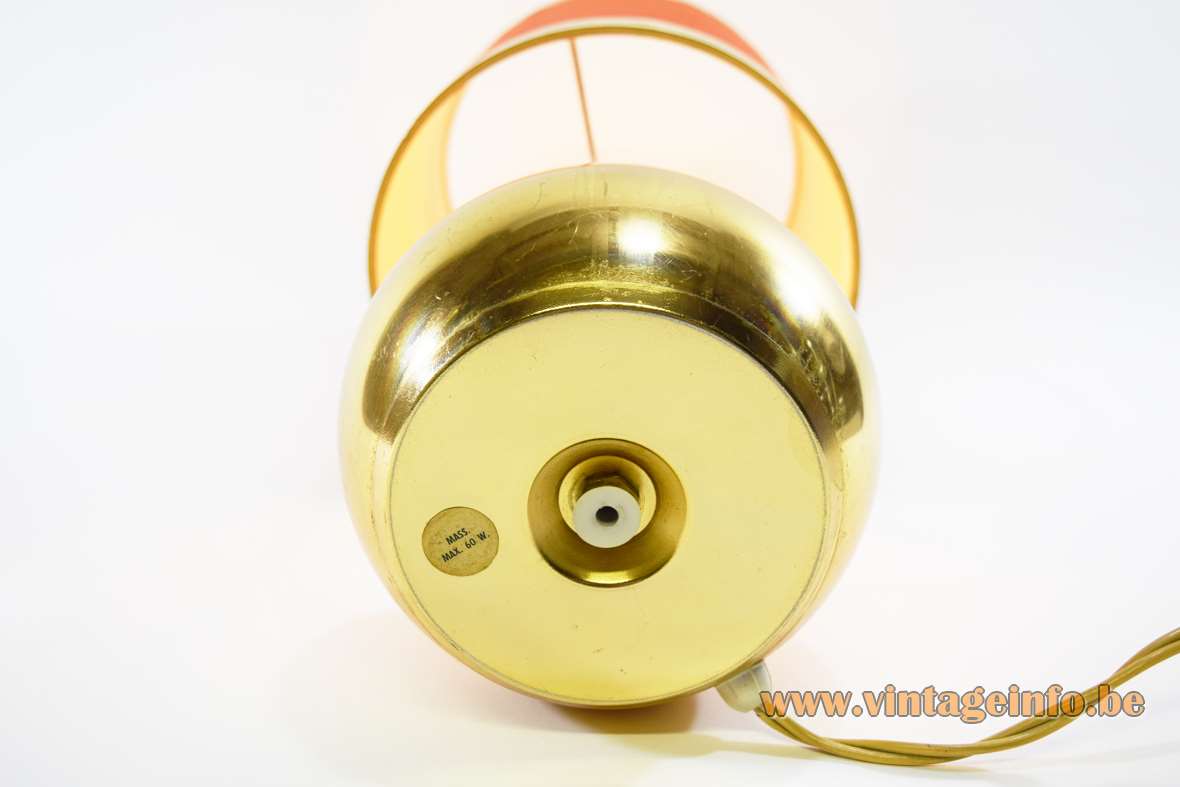 Other versions: This 1970s gold sphere table lamp was probably sold with several different lampshades. The gold colour was used for several other lamps made by Massive. Another example can be found here.

All the electric parts of this lamp were made in the late 60s, early 70s by VLM Components from Buccinasco, near Milan in Italy. The company is famous for the switches designed by Achille Castiglioni in 1968.

The label of this lamp is the label on the top left.

Mass. Max. 60 W. = Massimo is Italian, Maximum is used in all other European languages were Massive sold lamps during that period. 60 Watt. 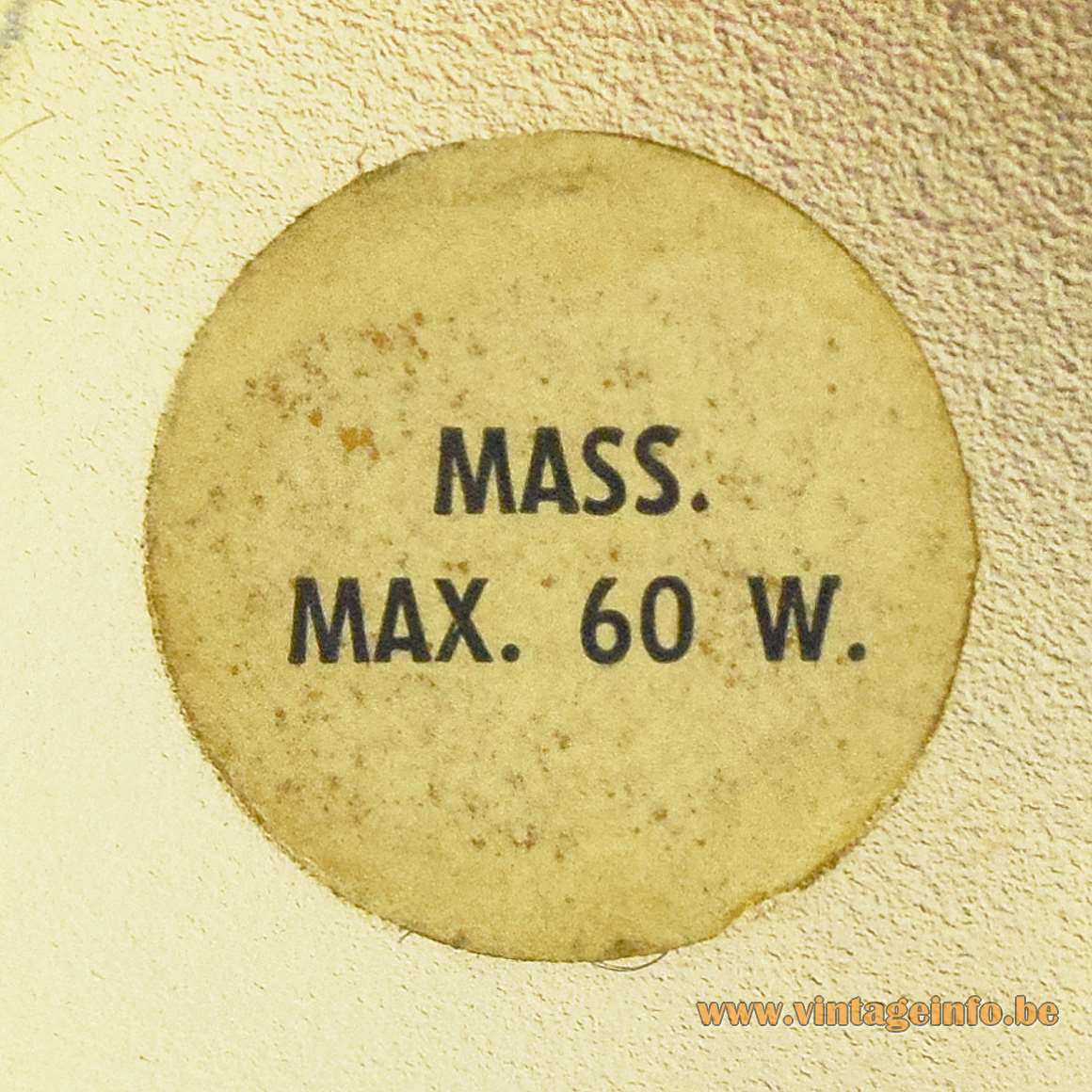