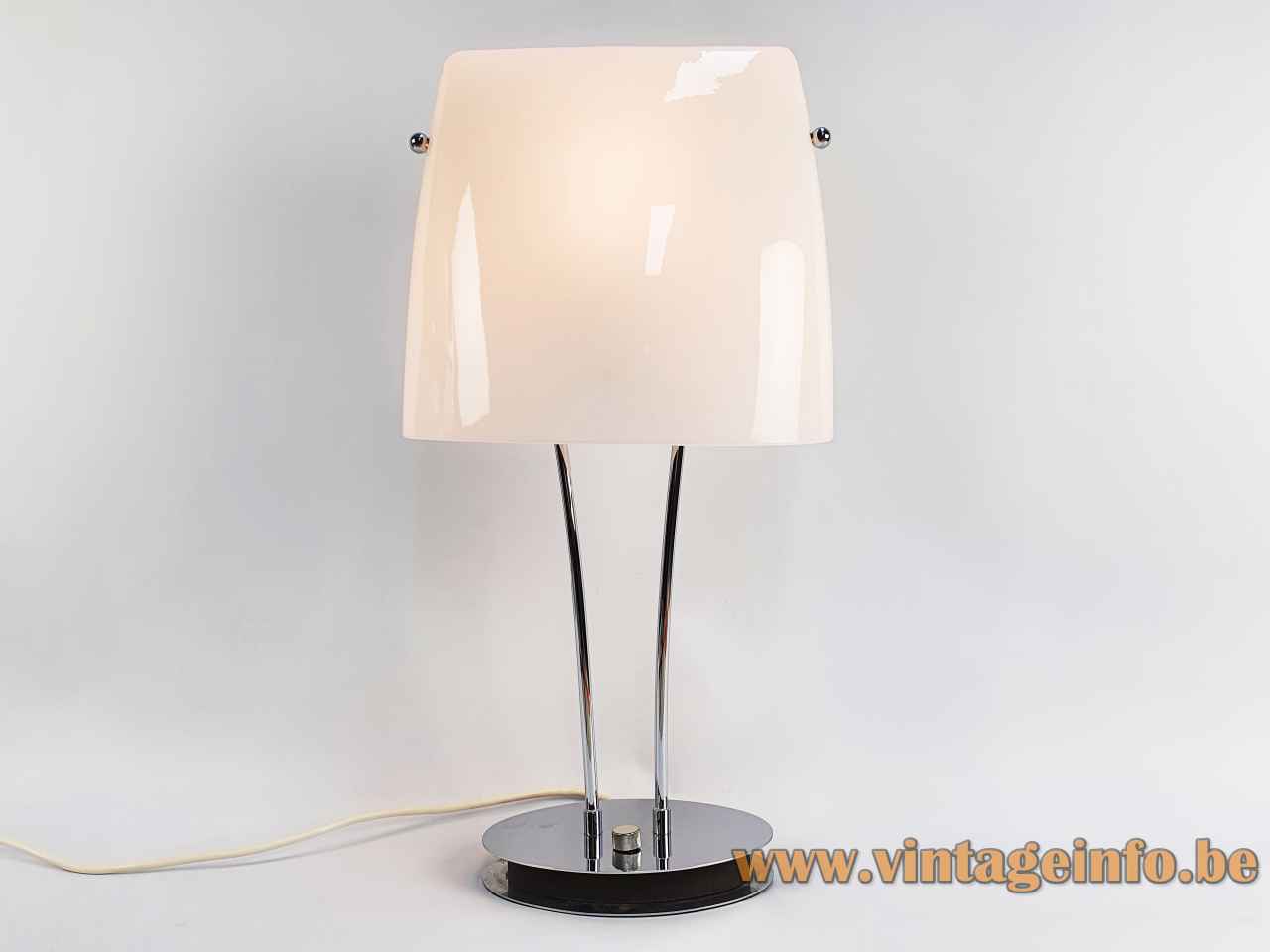 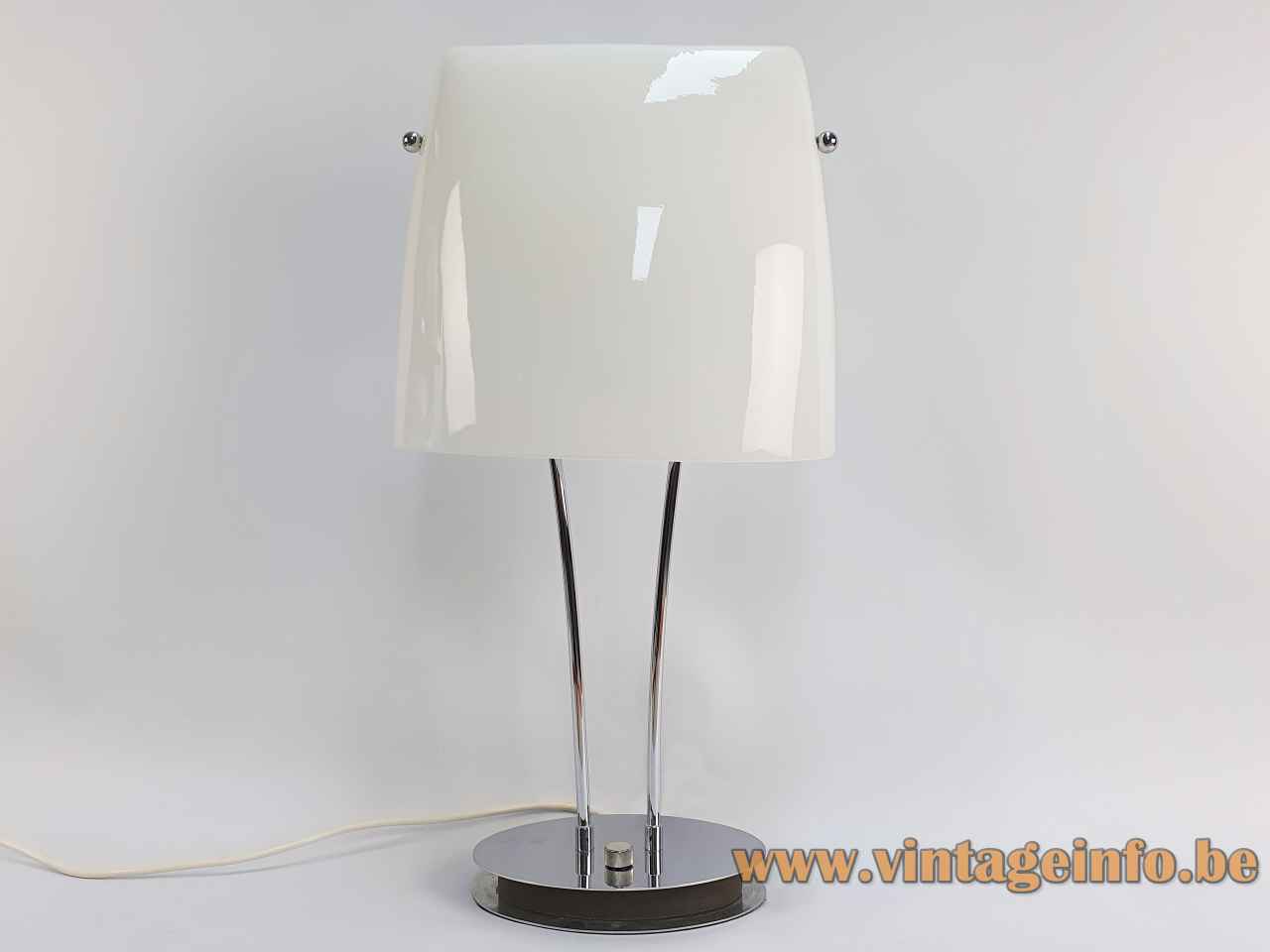 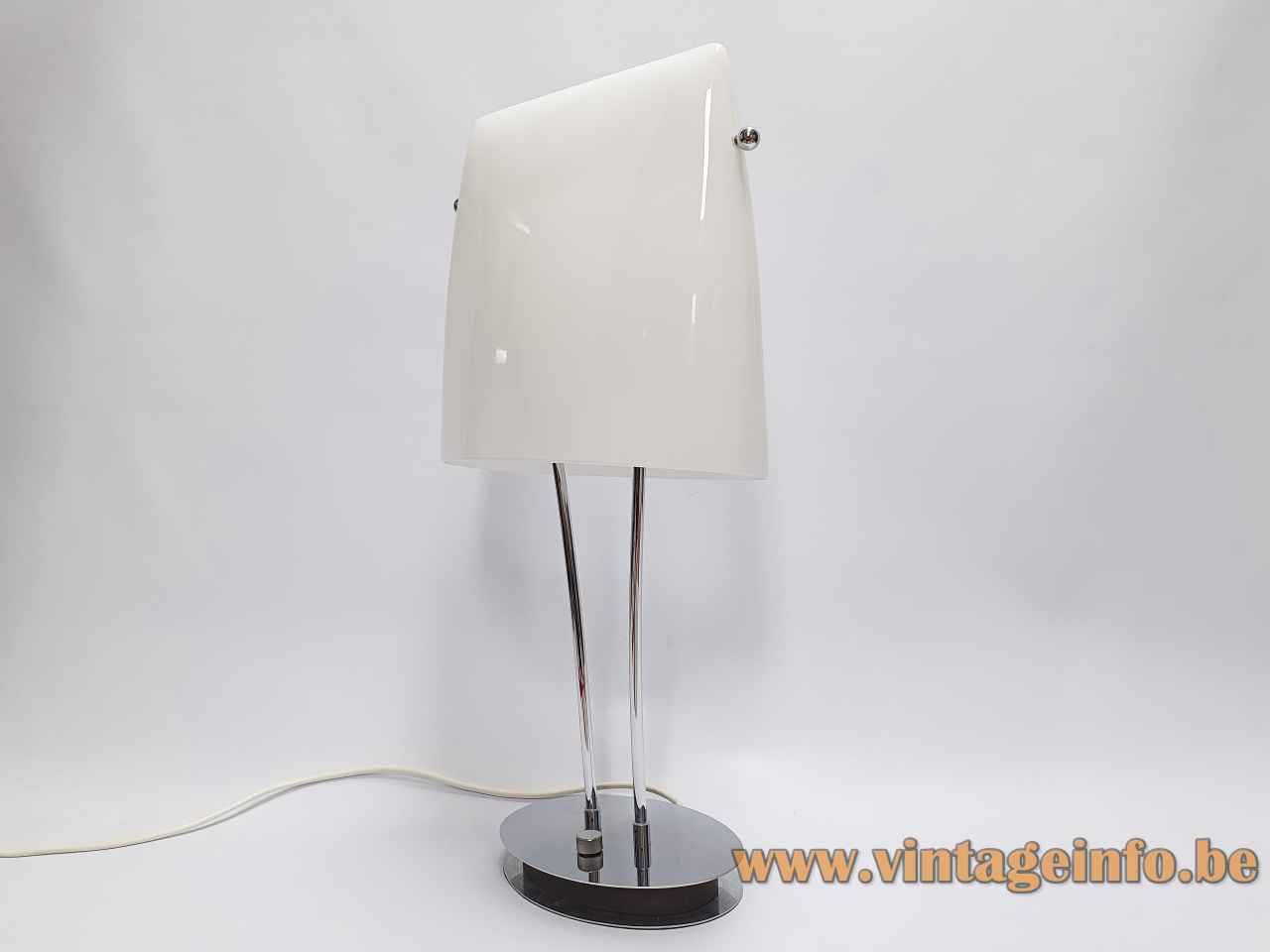 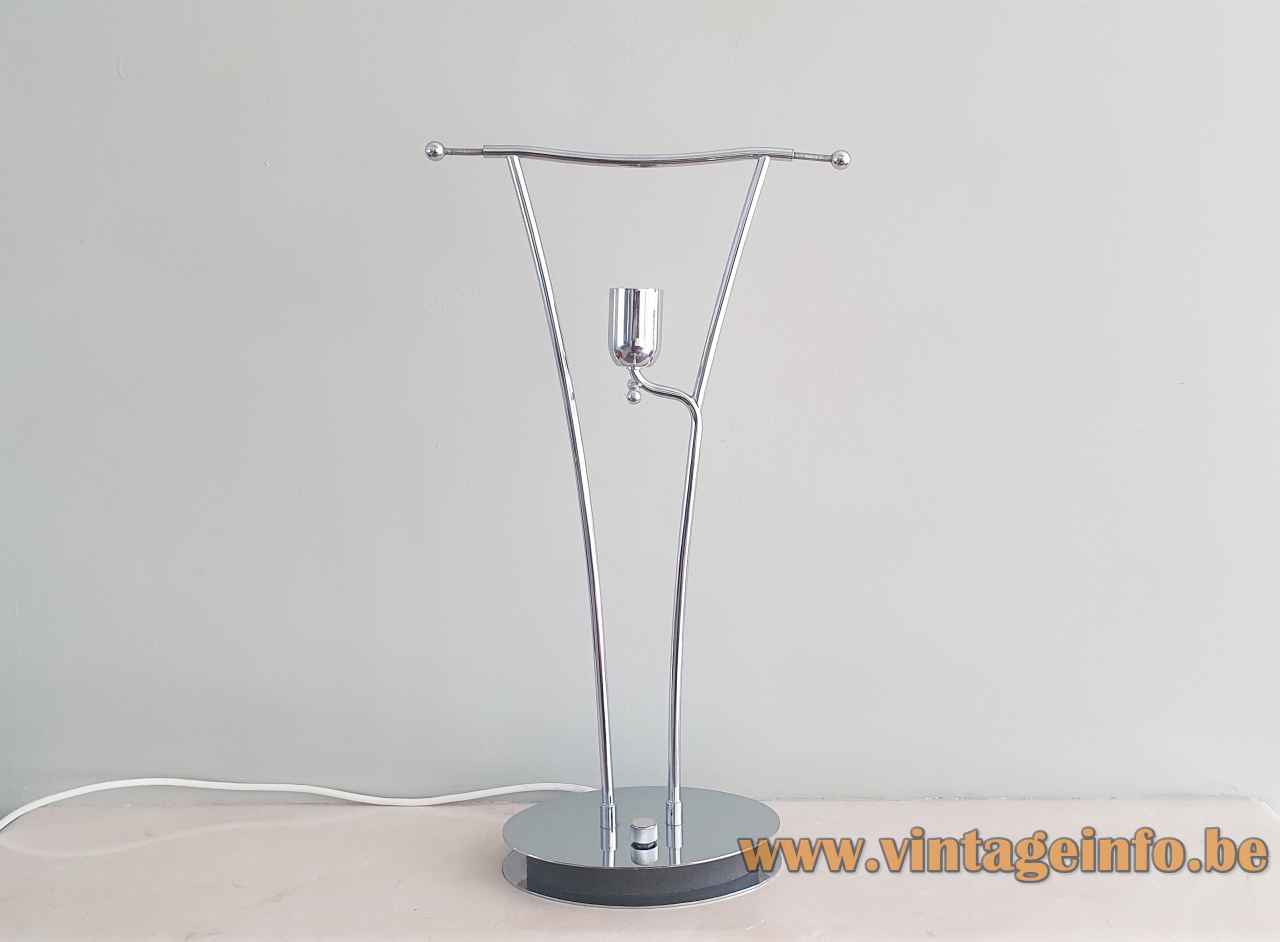 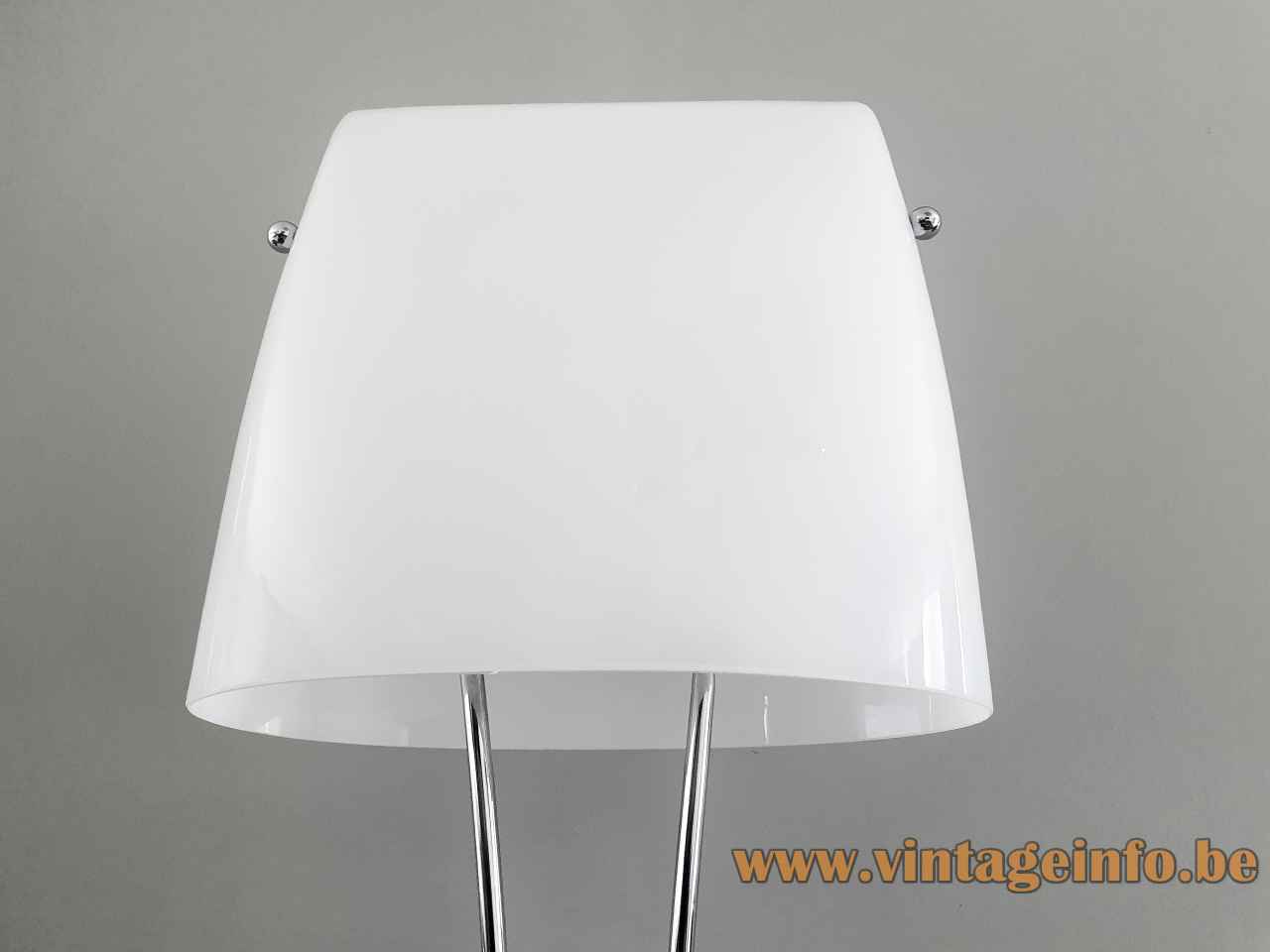 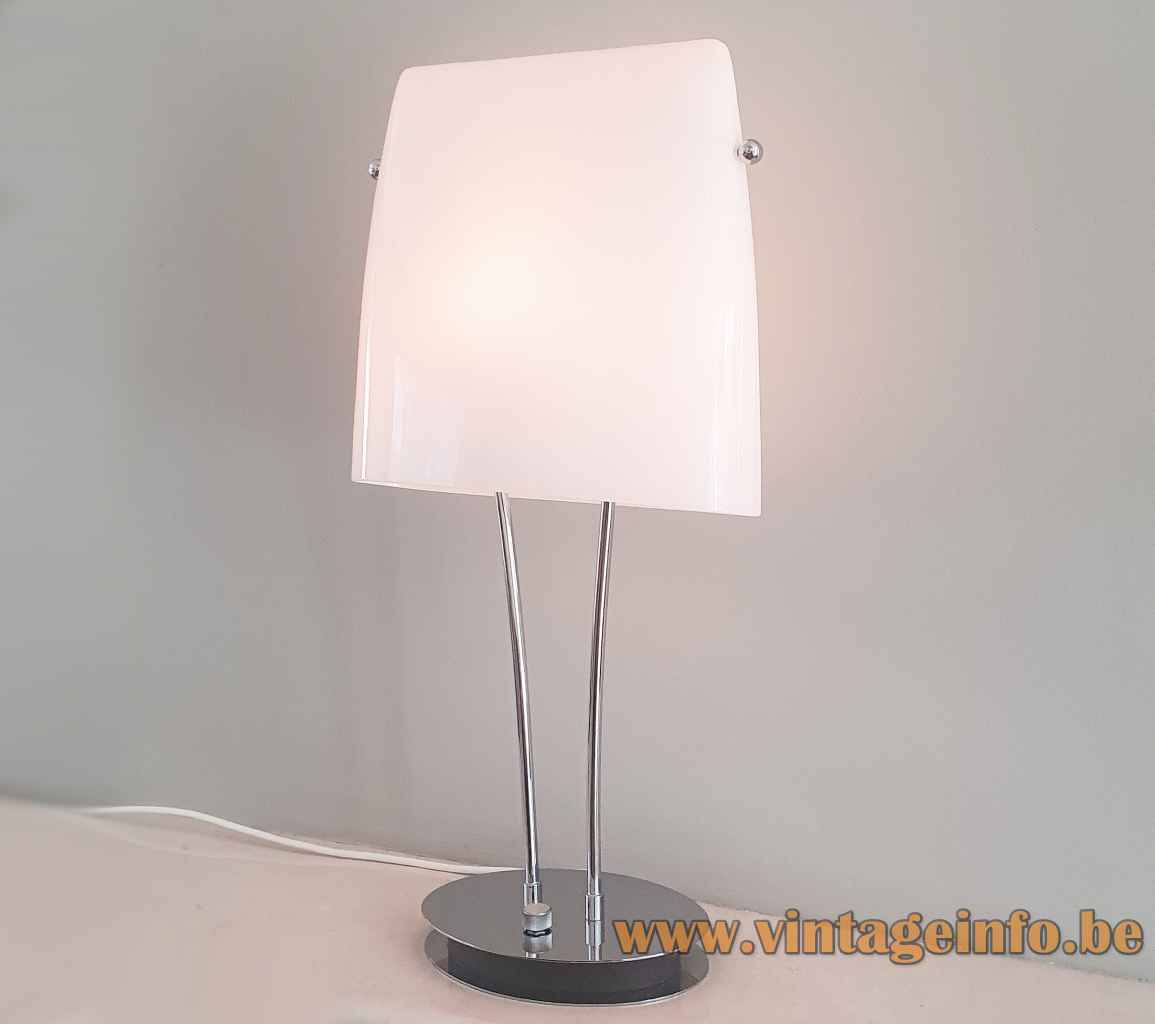 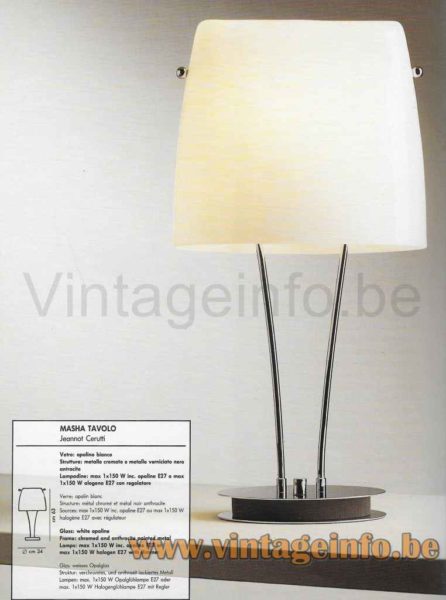 Other versions: This VeArt Masha table lamp was made with or without dimmer. It is named Masha Tavolo (table). Also a wall lamp was designed.

Jeannot Cerutti is an interior designer, lighting designer, industrial designer and architect. He studied at the École Nationale Supérieure d’Architecture de Marseille (National School of Architecture of Marseille) in France.

The VeArt company produced artistic glass and lighting. Mario Ticco was artistic director for a while. In the early 90s the brand was acquired by Artemide. The Artemide company used the brand’s name for several of years.

The Artemide Group is based in Pregnana Milanese, Italy. The company is probably best known for the Tizio desk lamp designed by Richard Sapper in 1972. The company is also famous for the Tolomeo desk lamp, designed by Michele De Lucchi and Giancarlo Fassina in 1986. Artemide produced many other beautiful lamps en furniture over all those the years.