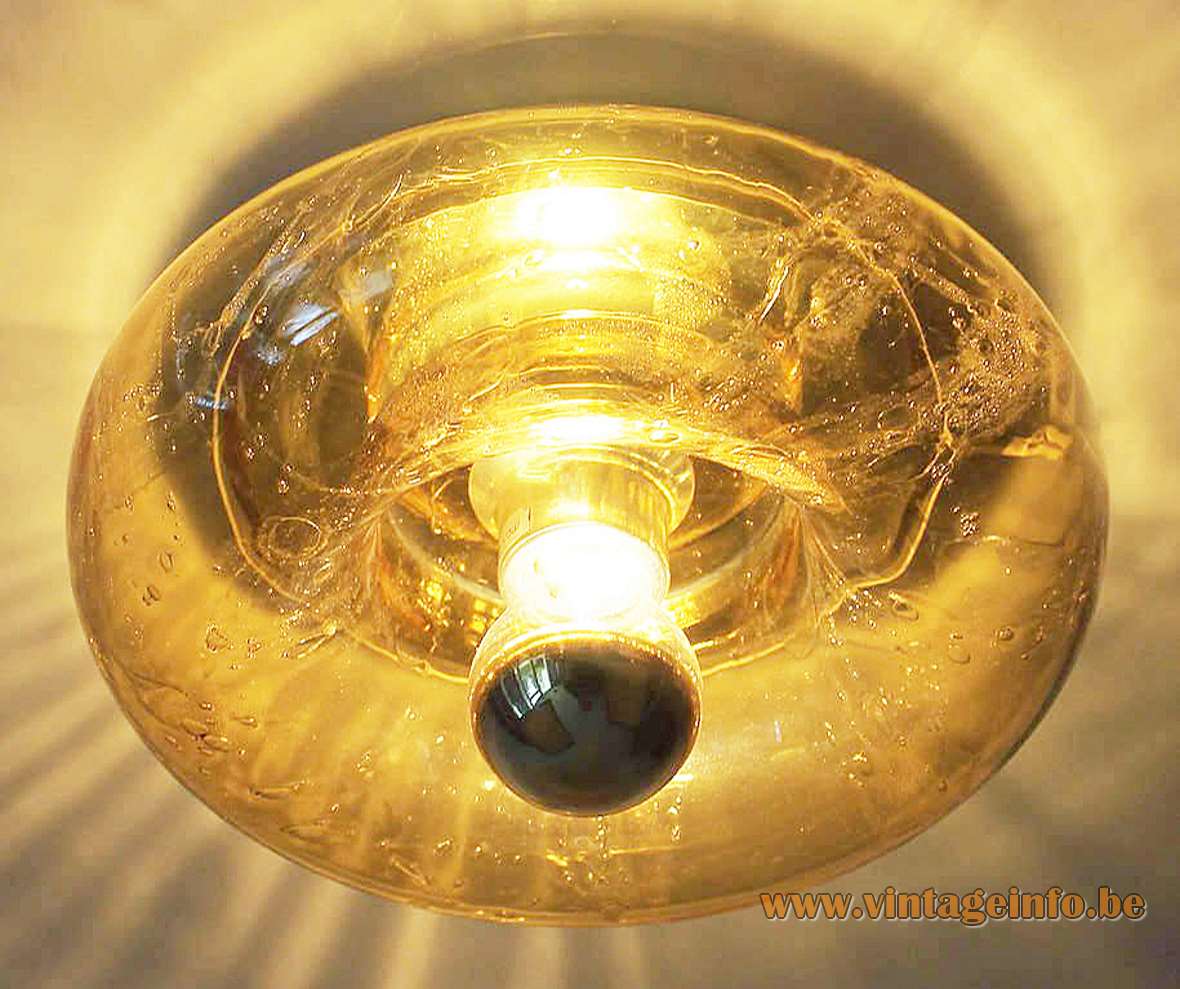 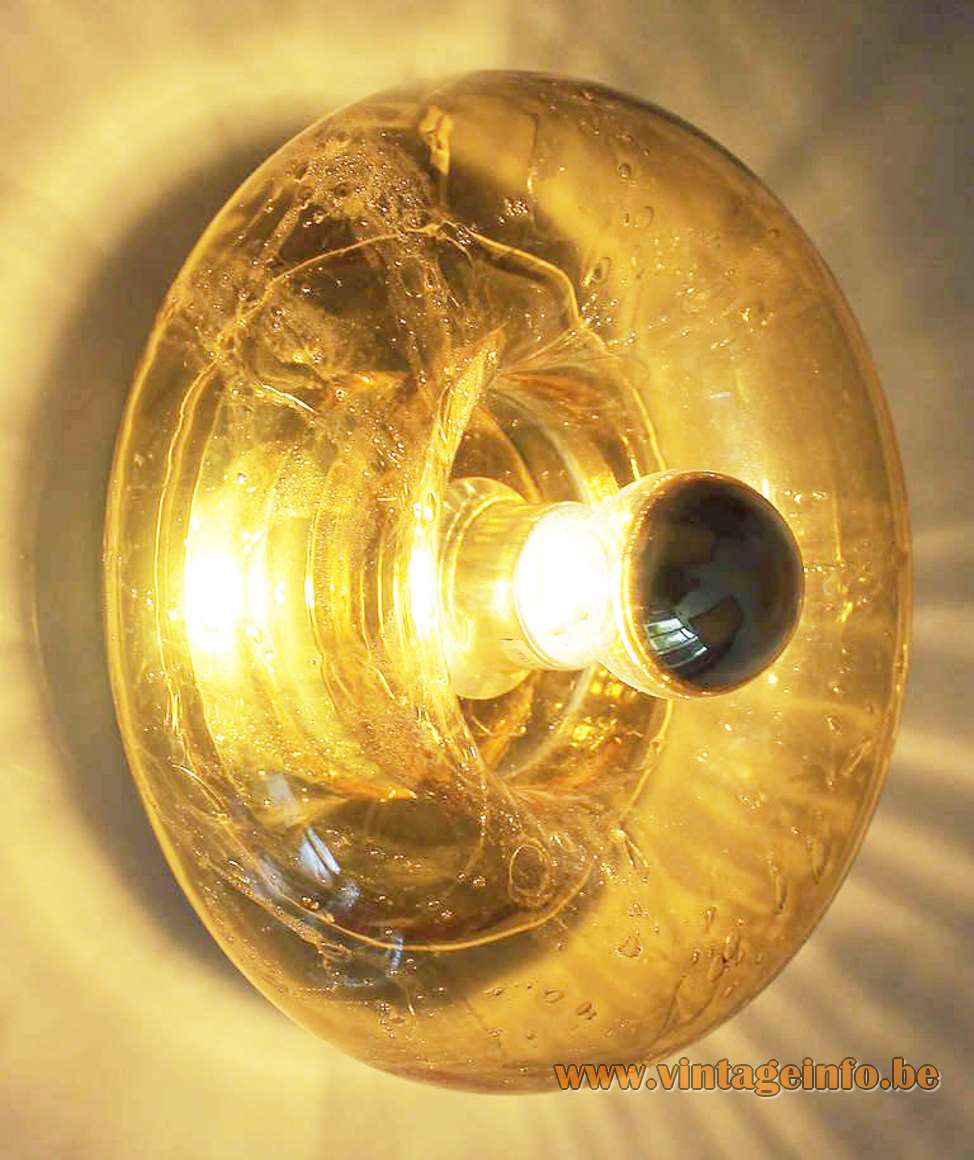 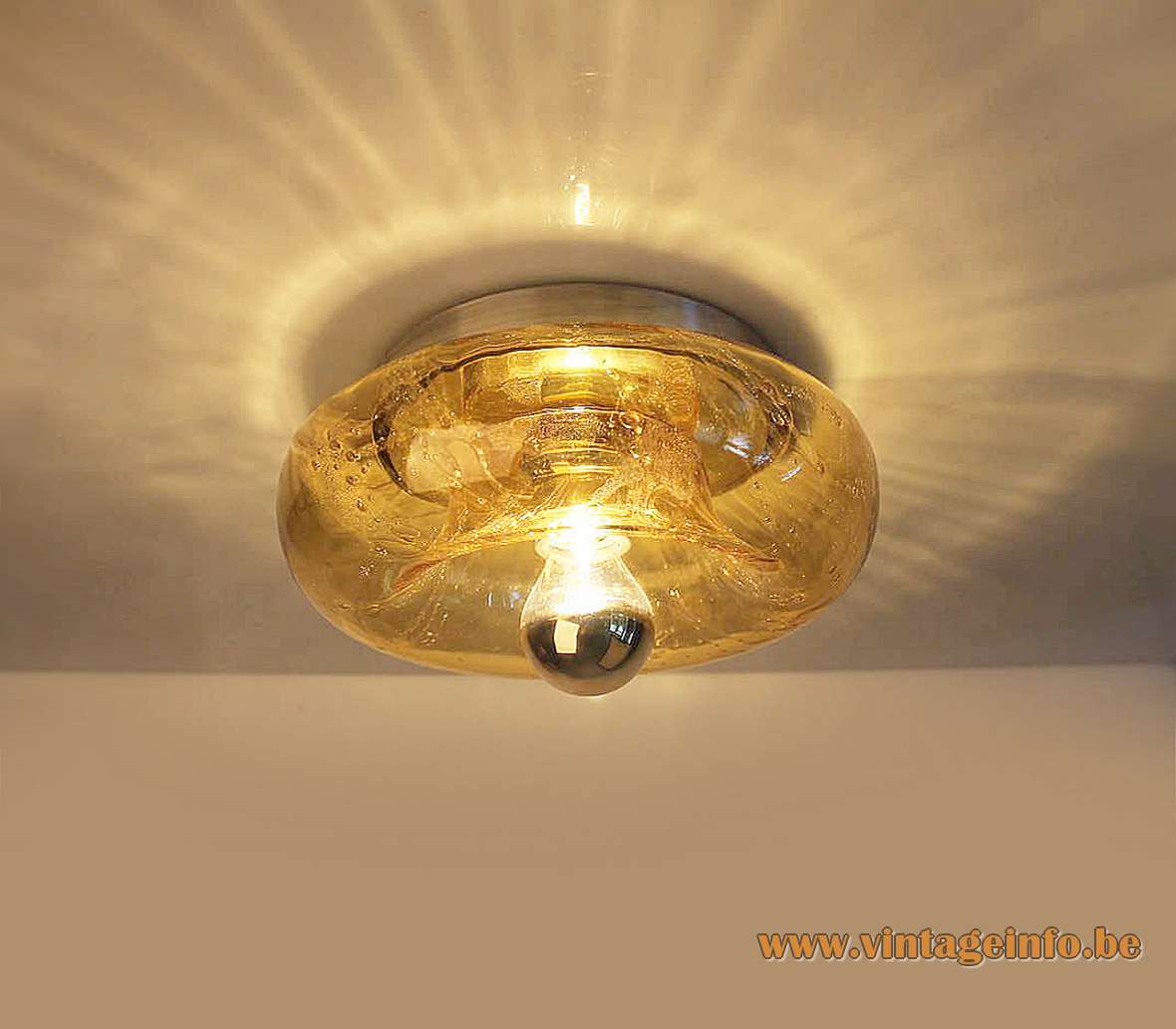 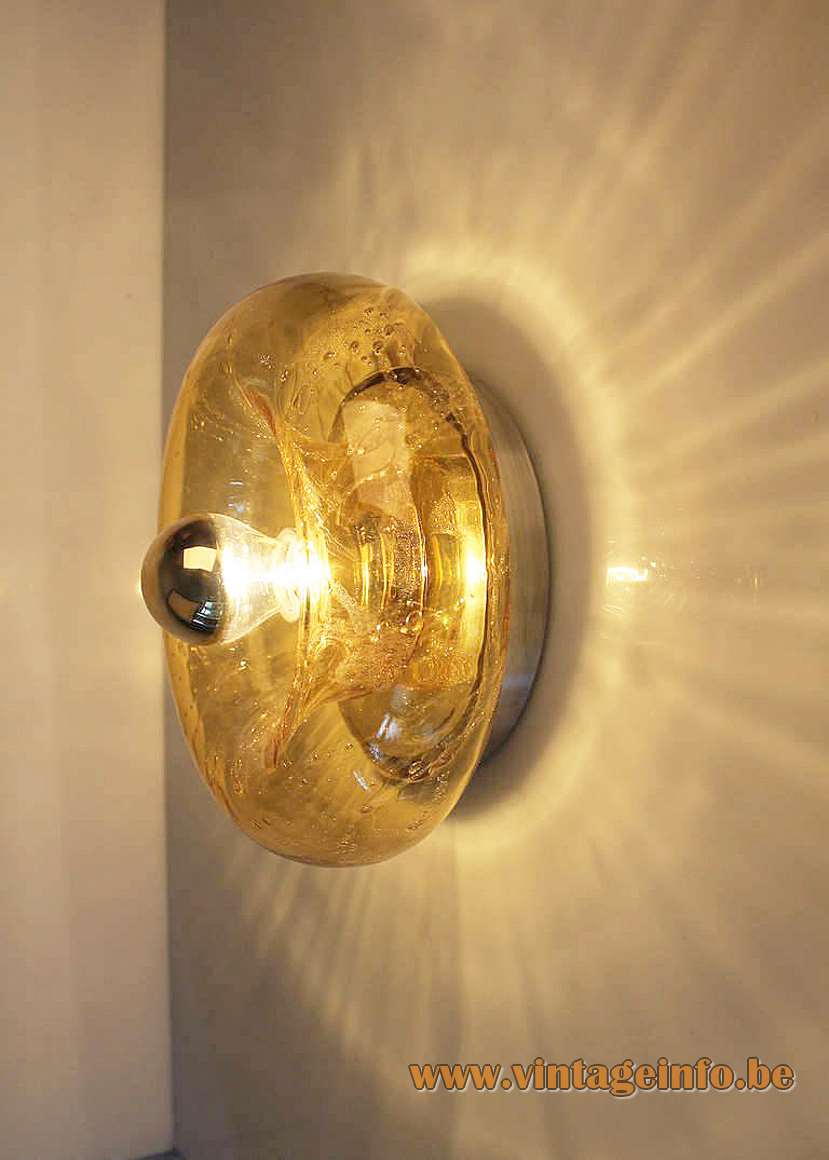 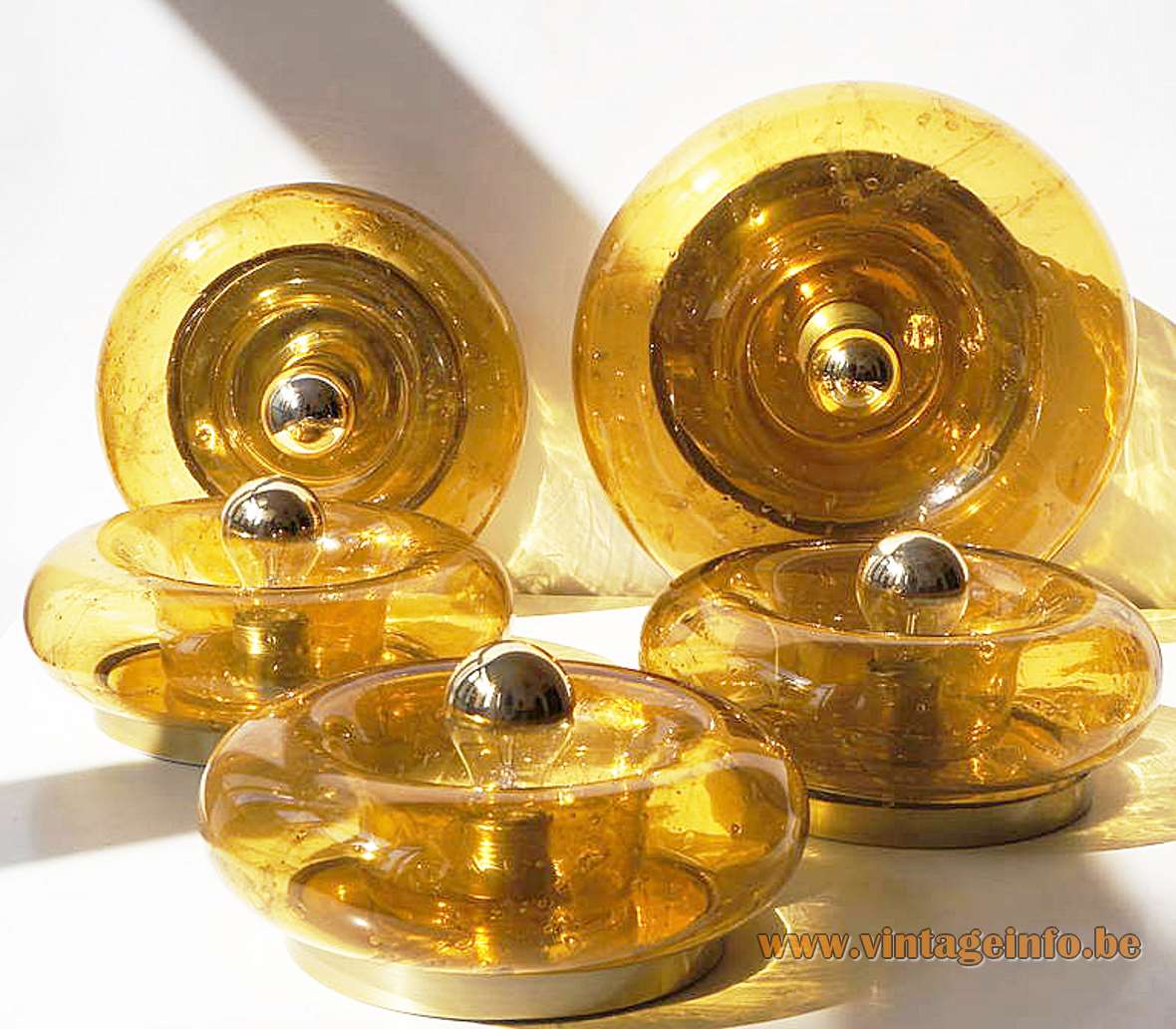 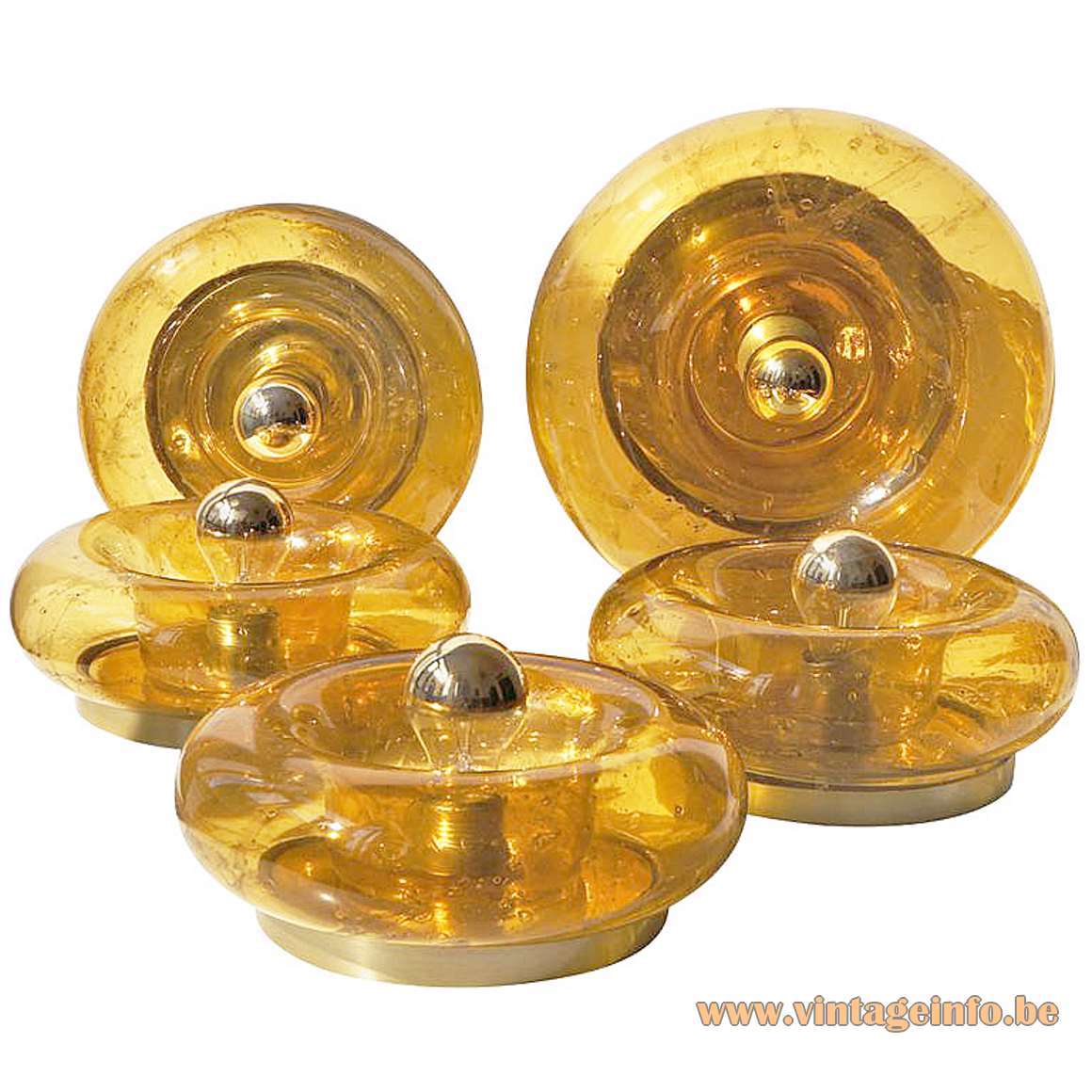 Other versions: This DORIA amber glass flush mount exists also with clear bubble glass. It was made in two sizes. It can also be used as a wall lamp.

Pulegoso is an Italian word. It is taken from the dialect word pulega, which means bubble. The glass contains numerous bubbles of all sizes. Produced by adding bicarbonate/soda, gasoline, or some other substances to the glass. Many bubbles make the glass semi-opaque and it gives the surface an irregular texture. The technique was developed in the 1920s by Napoleone Martinuzzi (1892-1977) on the island of Murano, Italy and used for the first time by the famous Venini company.