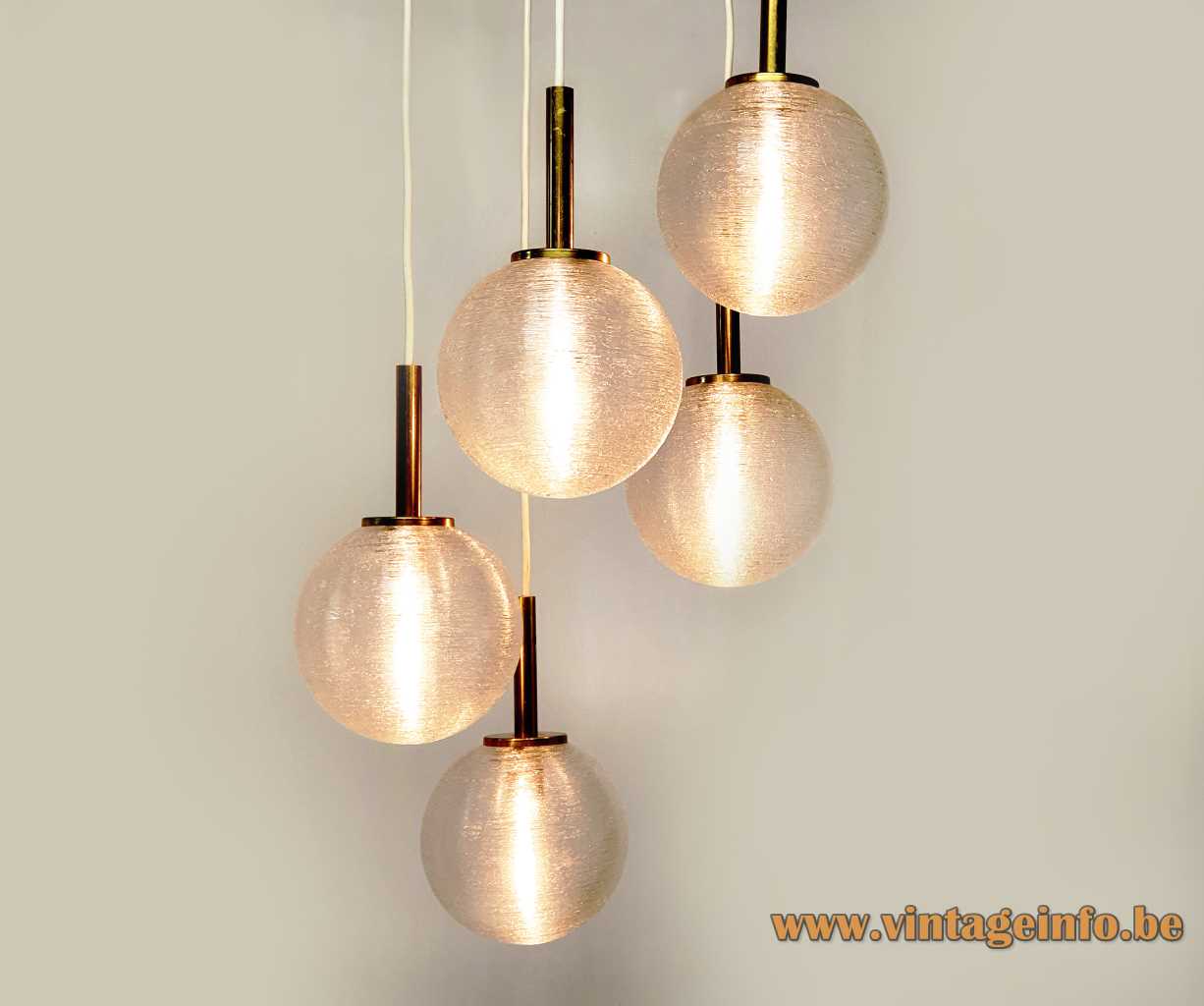 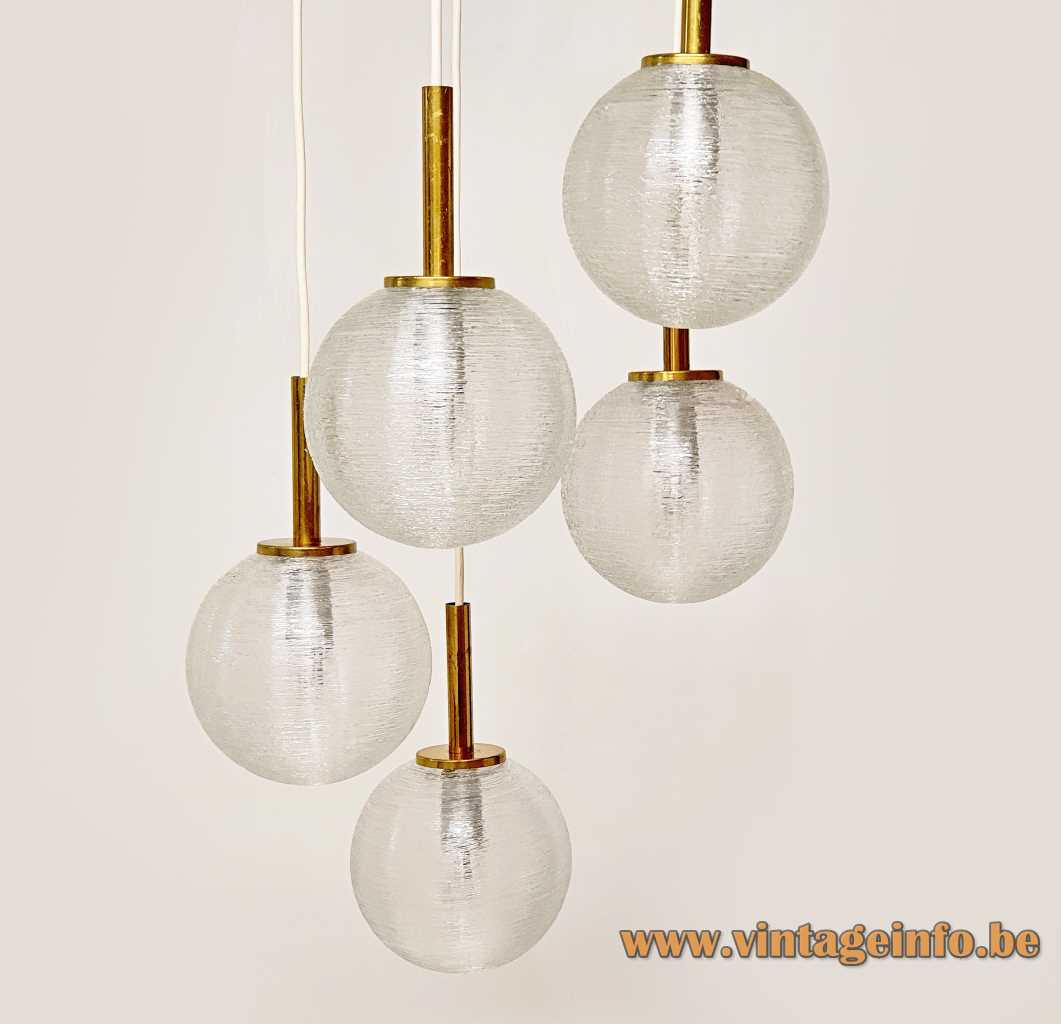 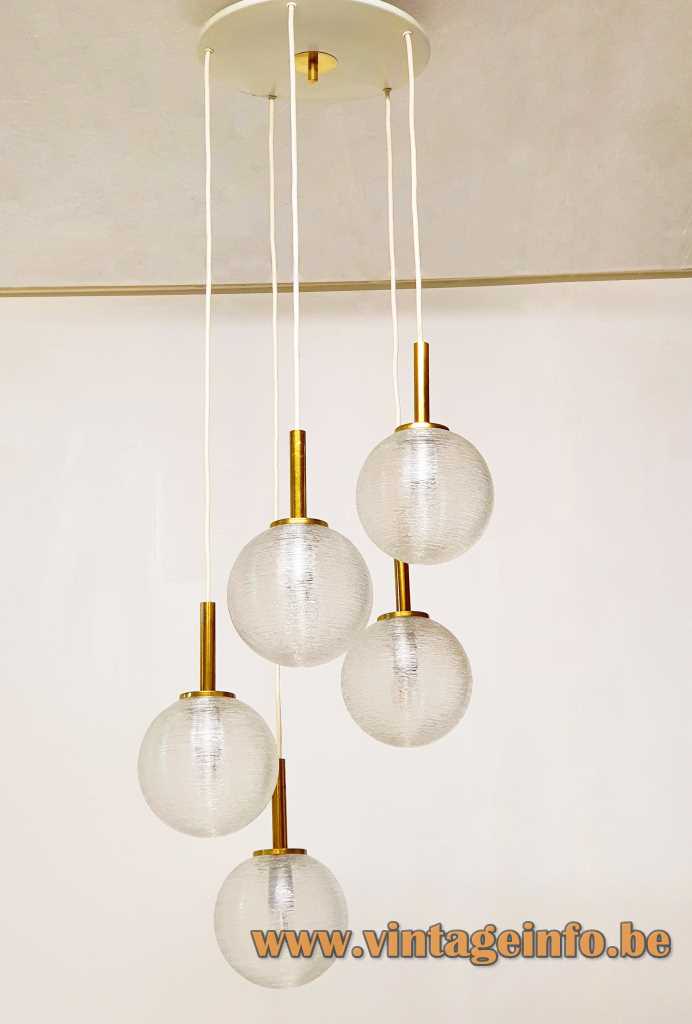 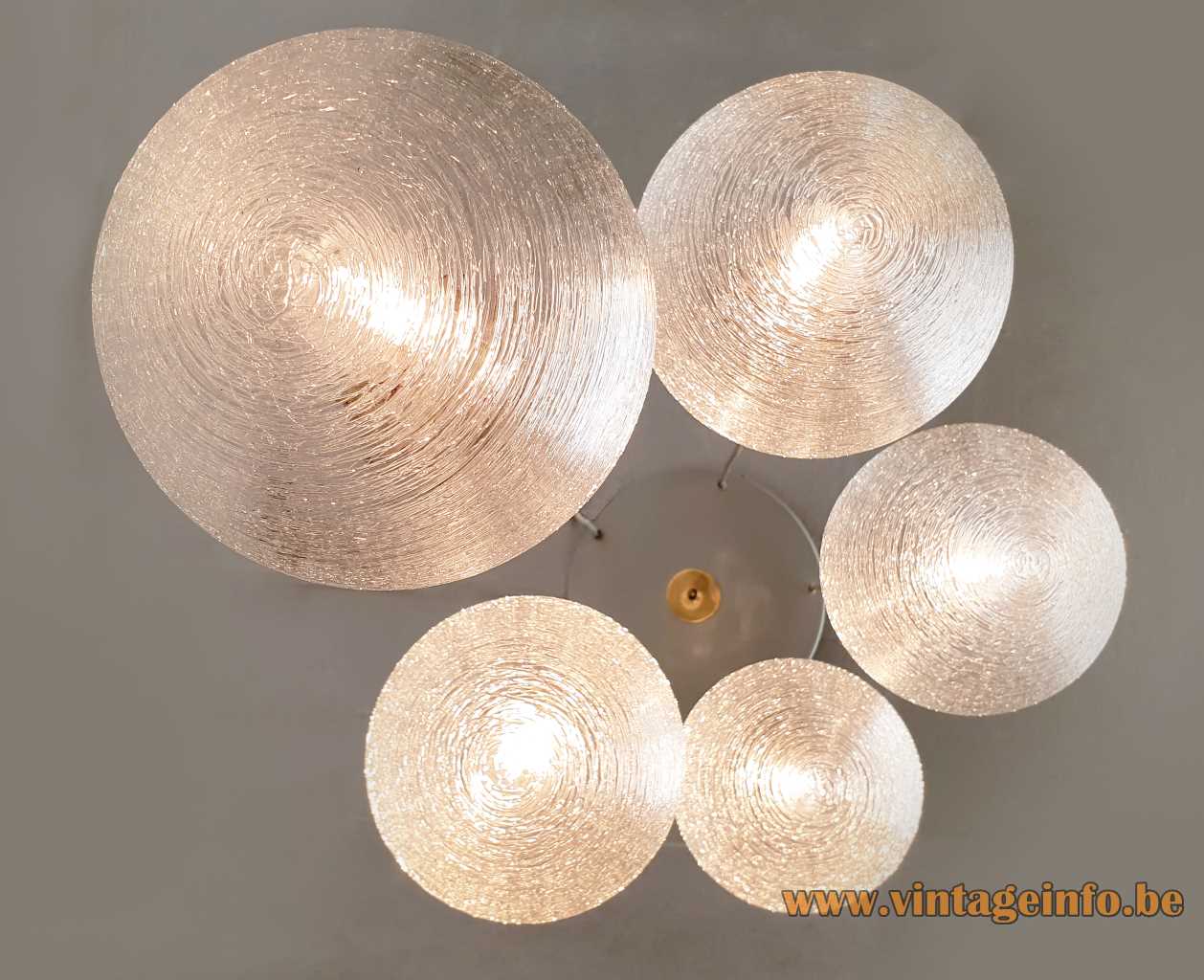 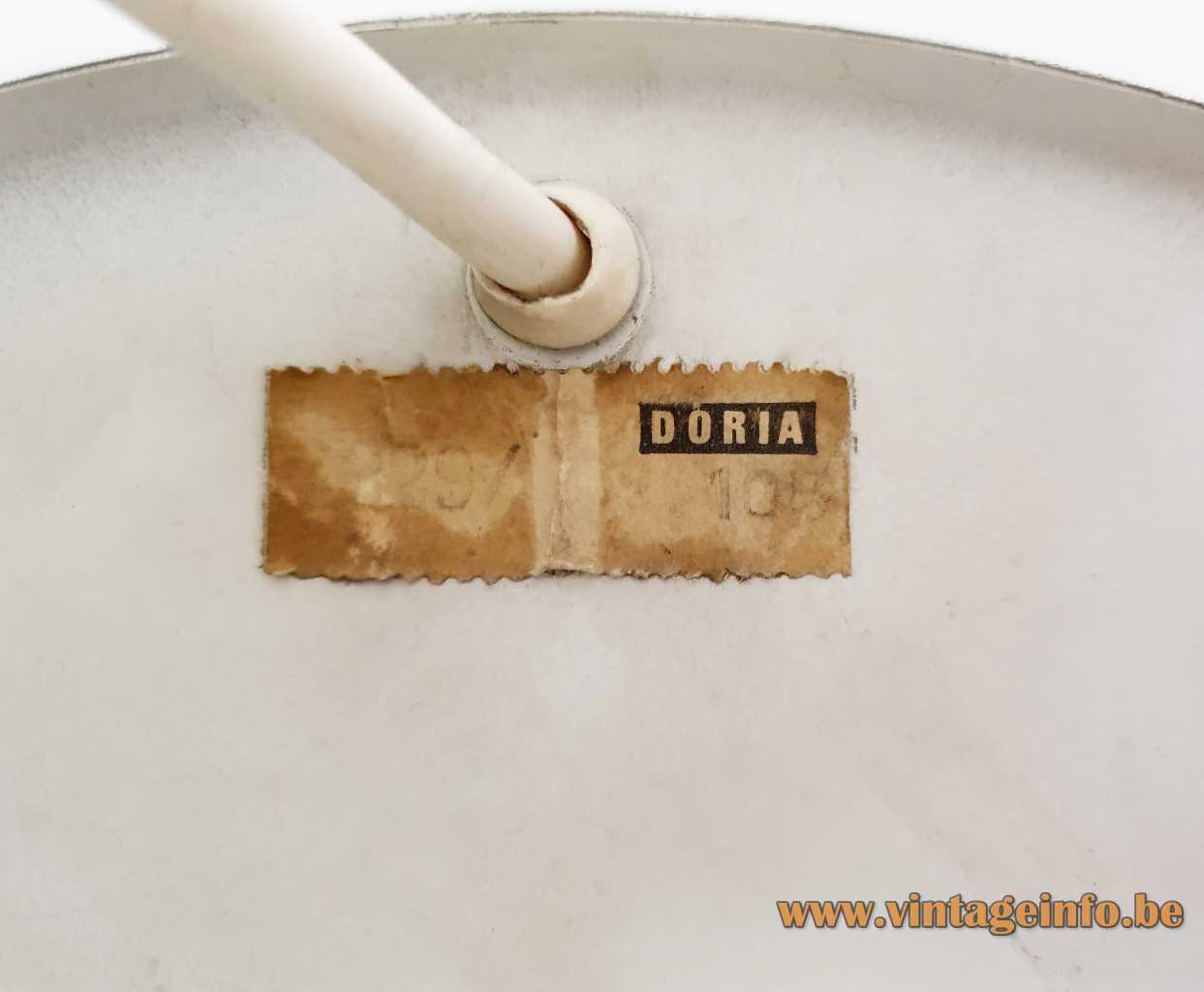 Other versions: This DORIA 5 glass globes cascading chandelier was also made as a single pendant lamp. Chandeliers with more or less globes were also created. You can find an example with 7 globes over here. Probably also produced as a wall lamp and a table lamp.