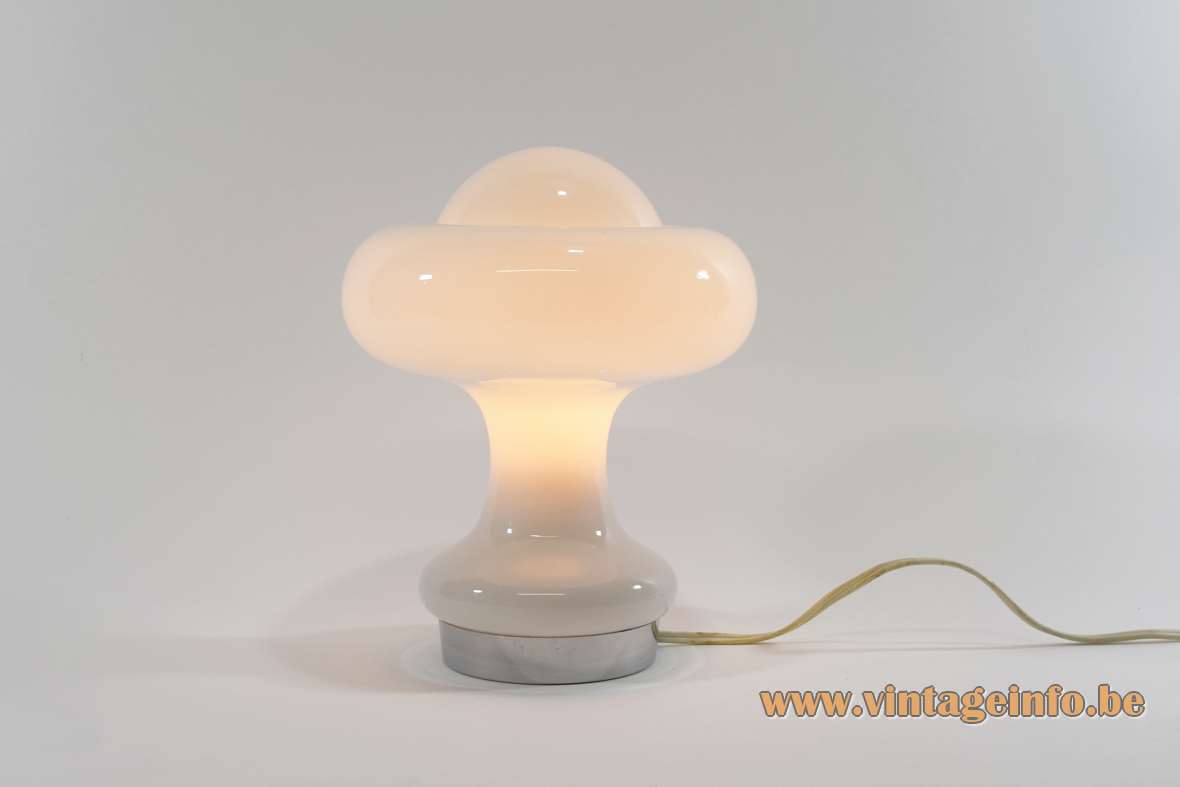 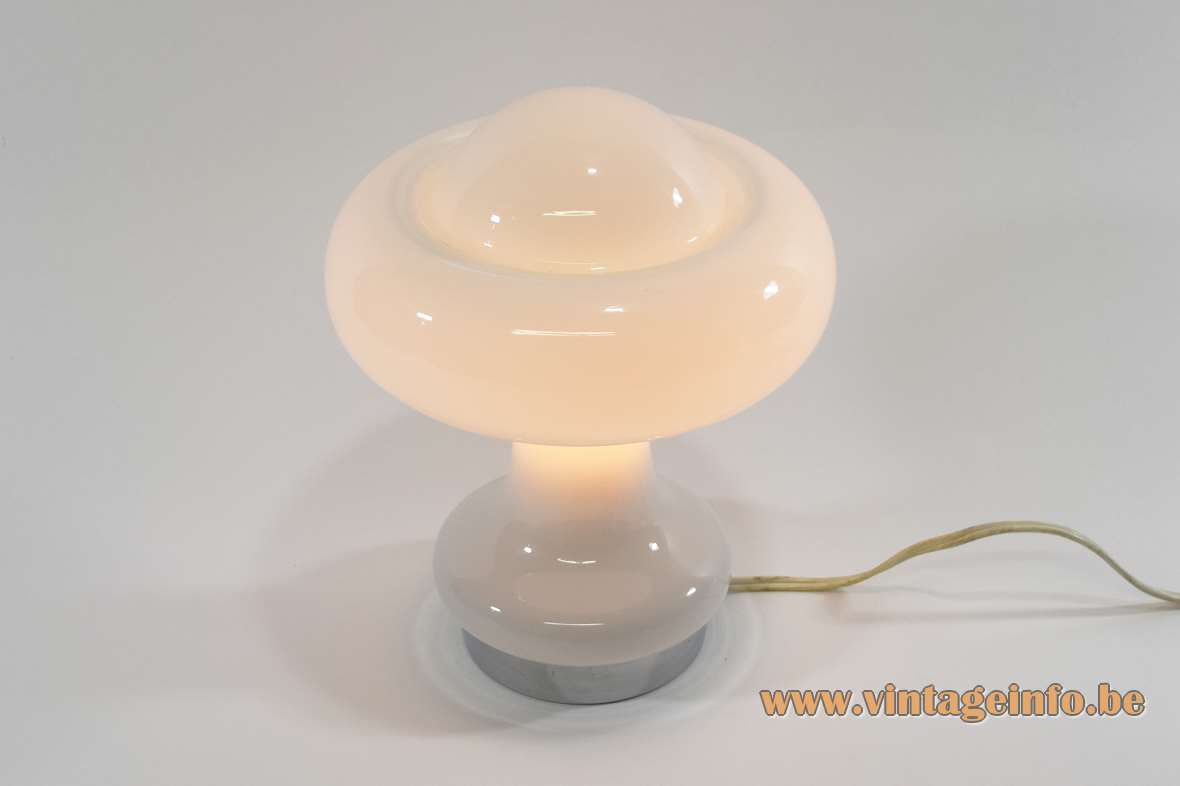 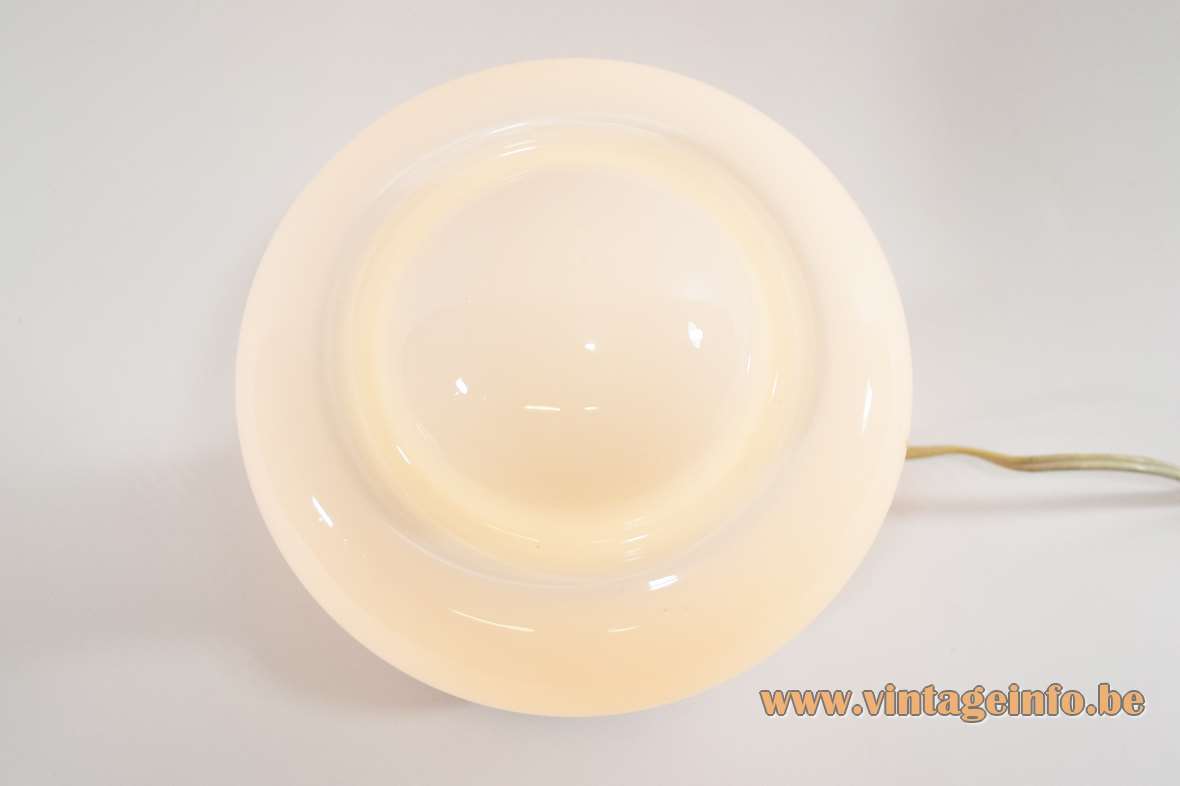 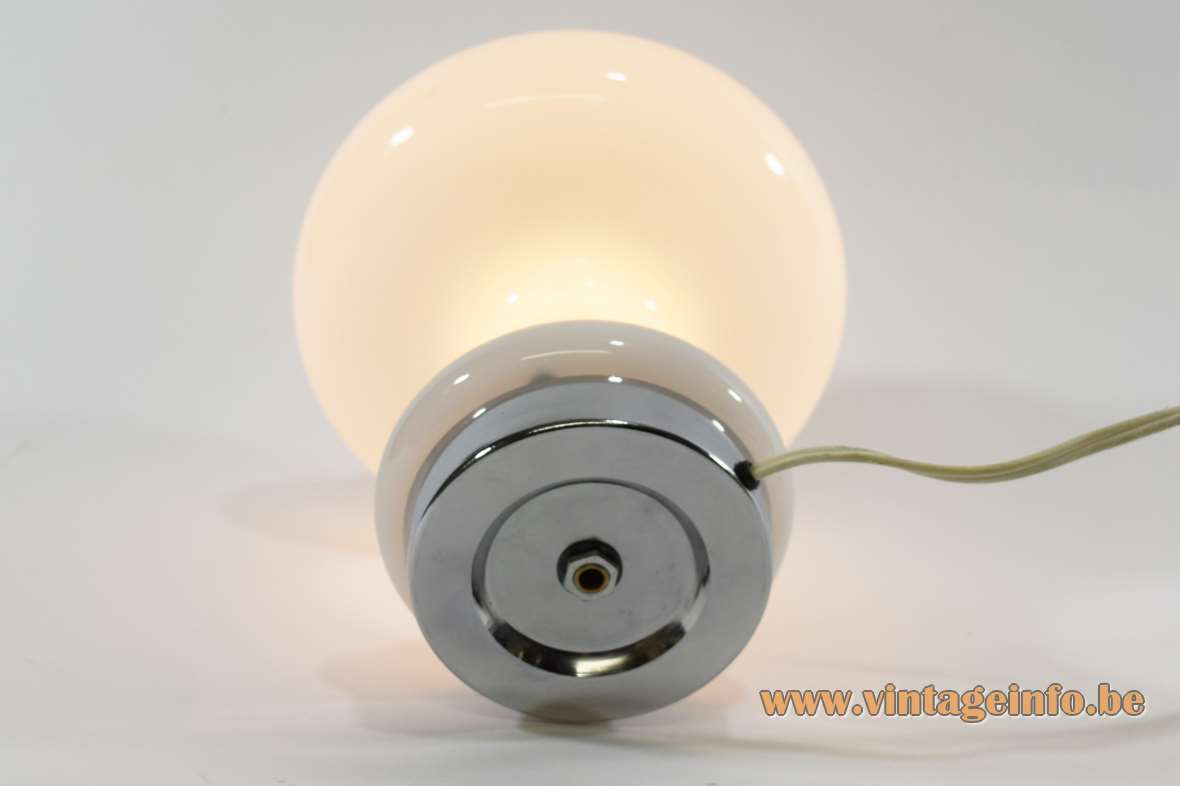 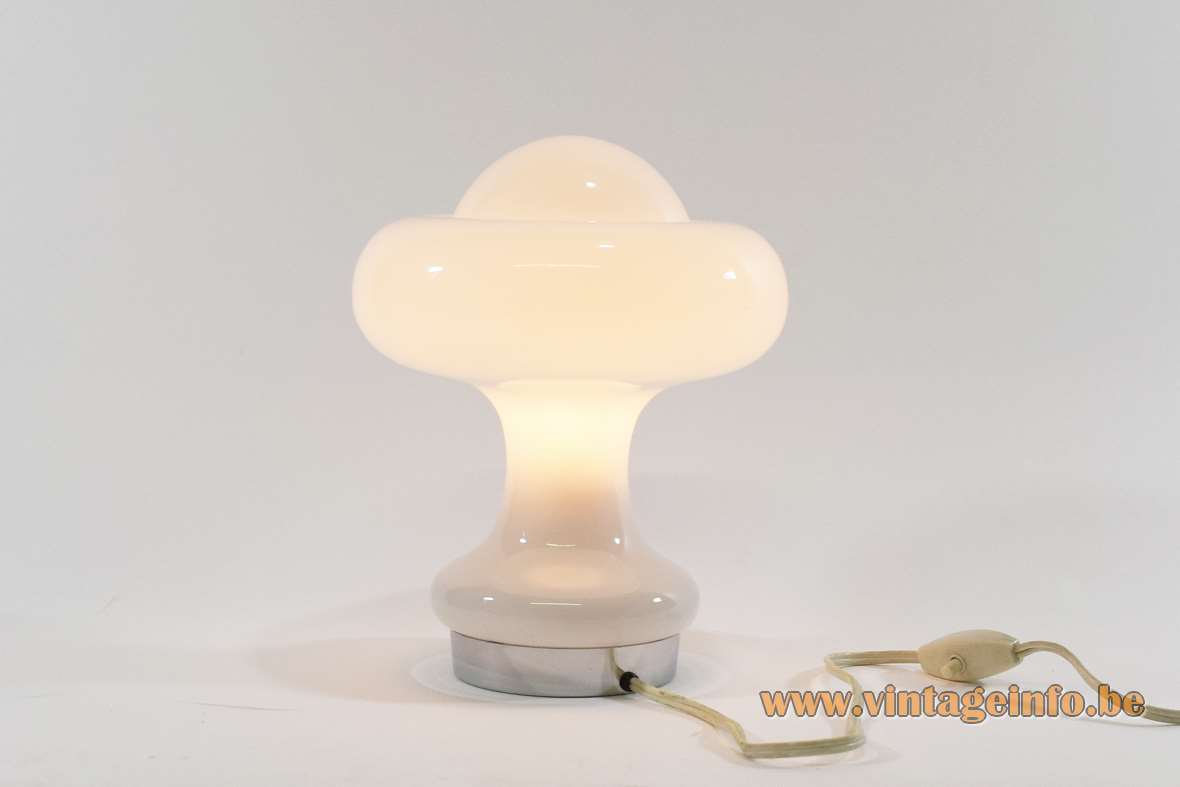 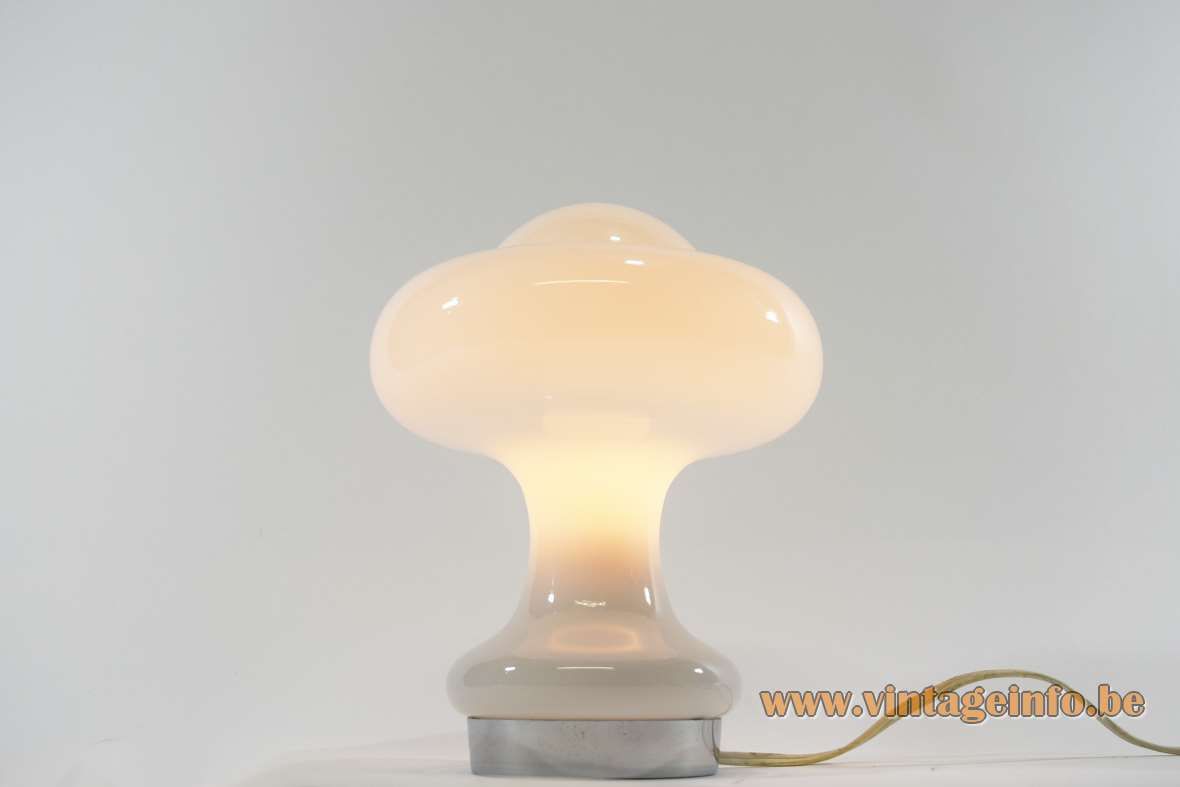 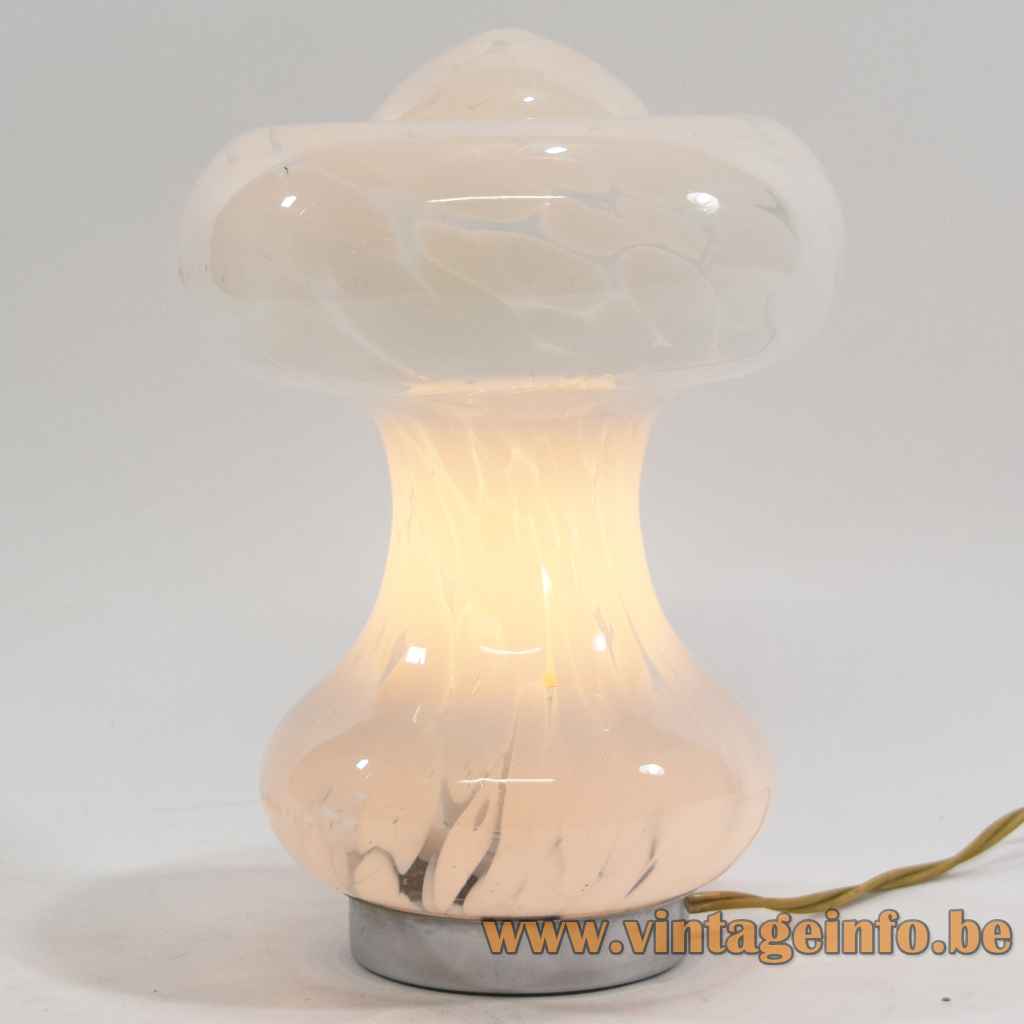 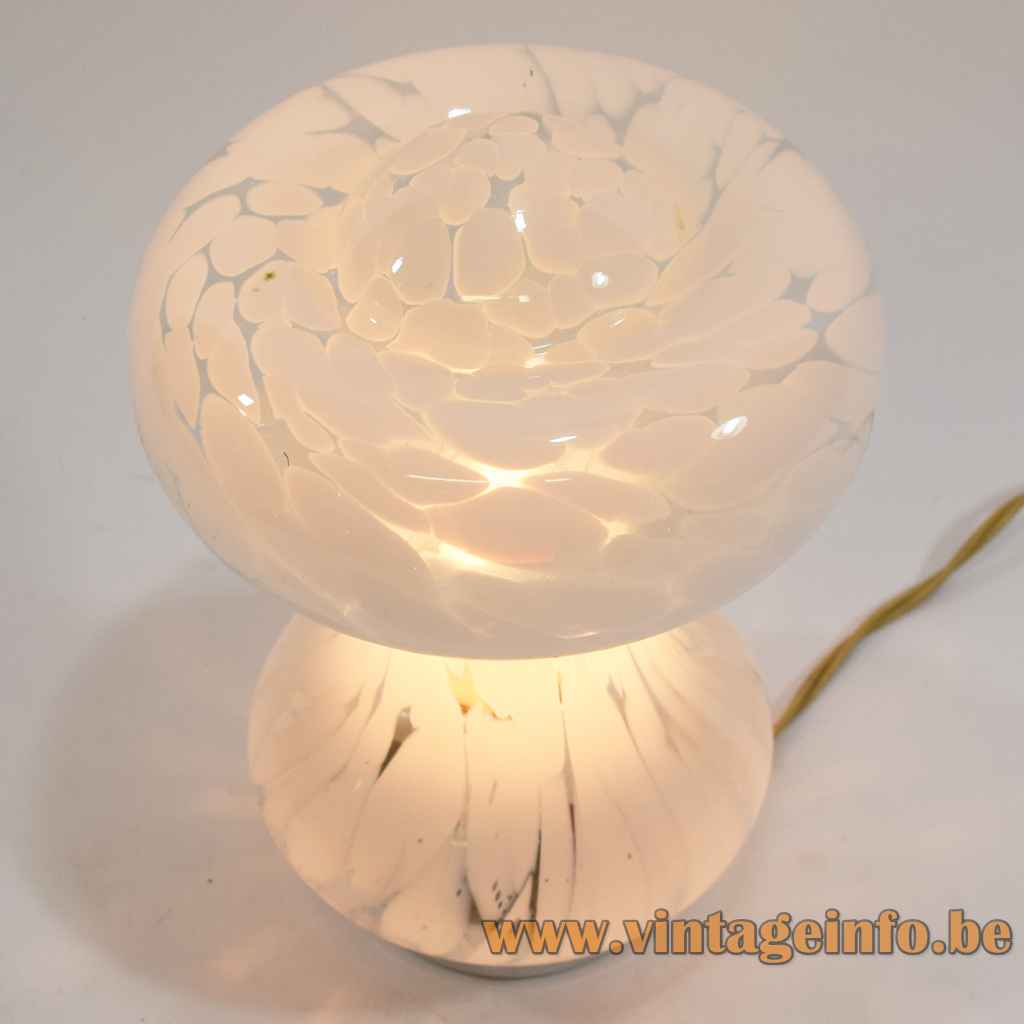 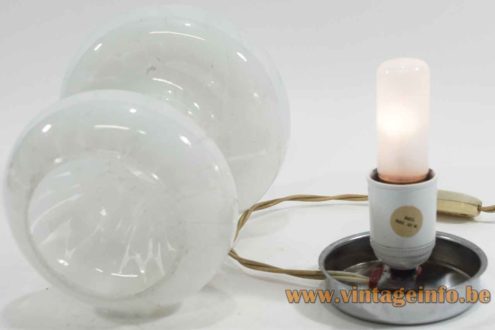 Other versions: This atomic mushroom table lamp exists in several sizes and colours. The biggest version is about 50 cm high (20”). This small version was made with an E27 and an E14 lamp socket. The glass was also used for a pendant lamp.

It is unclear which company produced the glass. Sometimes said it was Peill + Putzler, but it in all probability it was blown by the Belgian company De Rupel. De Rupel produced many glass parts for Massive. As did several other Belgium glass companies.

Sometimes these lamps are labelled with the Mass. Max. 40 watt label, as you can see with the speckled/mottled version of this lamp. Often they are not. The company was particularly sloppy with labels and limited it to the mandatory minimum (and even then). That’s why you see so many lamps produced by Massive wrongly attributed. This atomic mushroom table lamp is often attributed to AV Mazzega from Murano, Italy, Peill + Putzler from Germany and several other glass companies, but it is not.