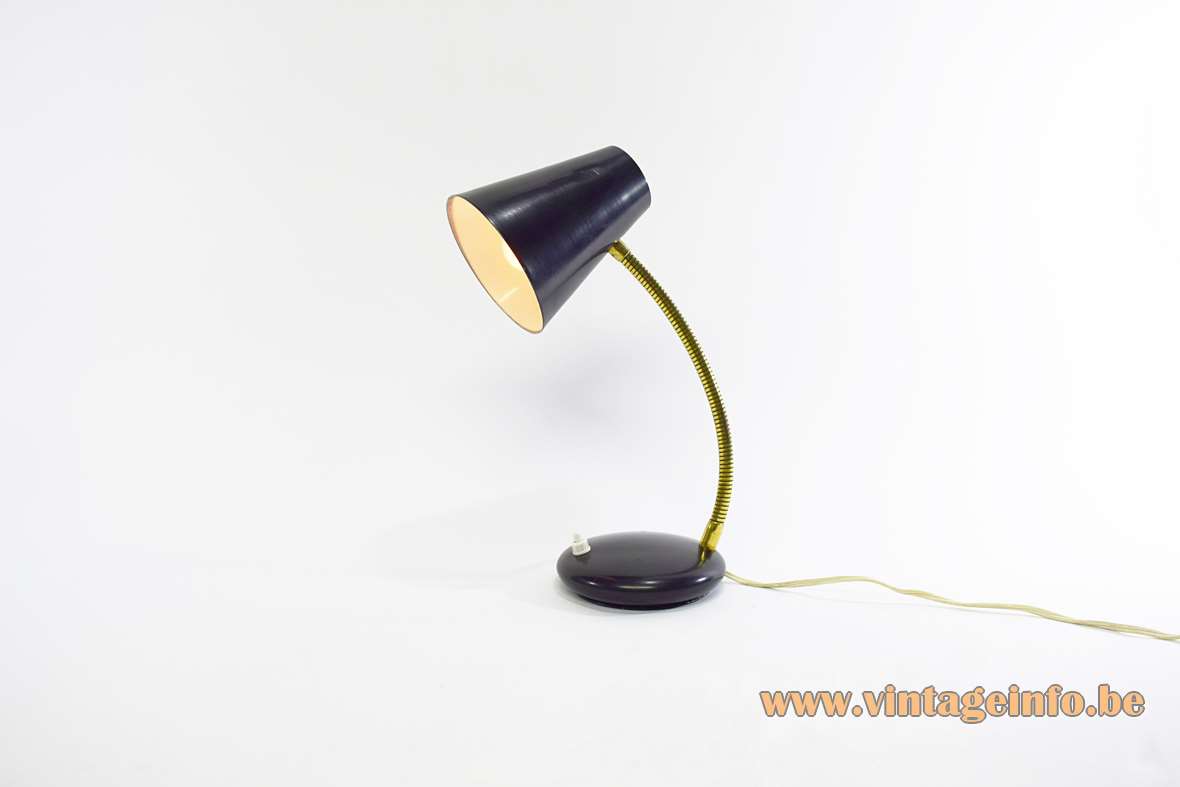 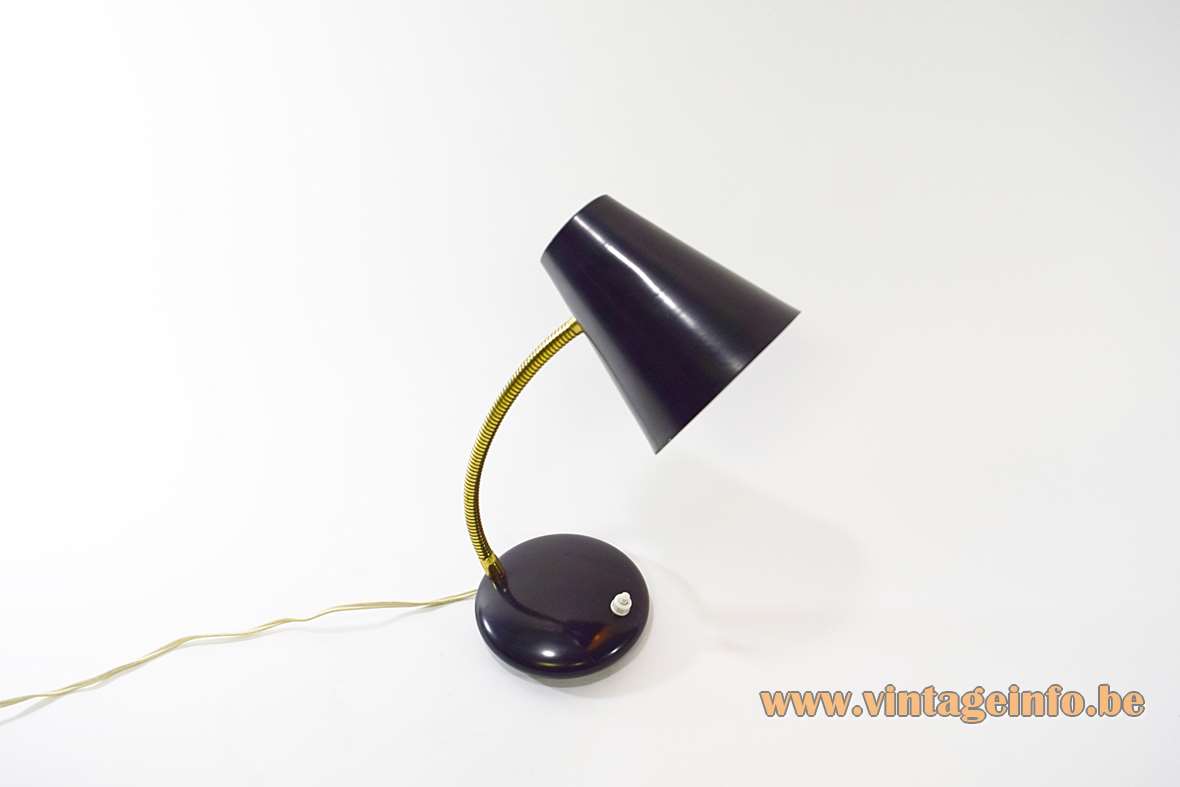 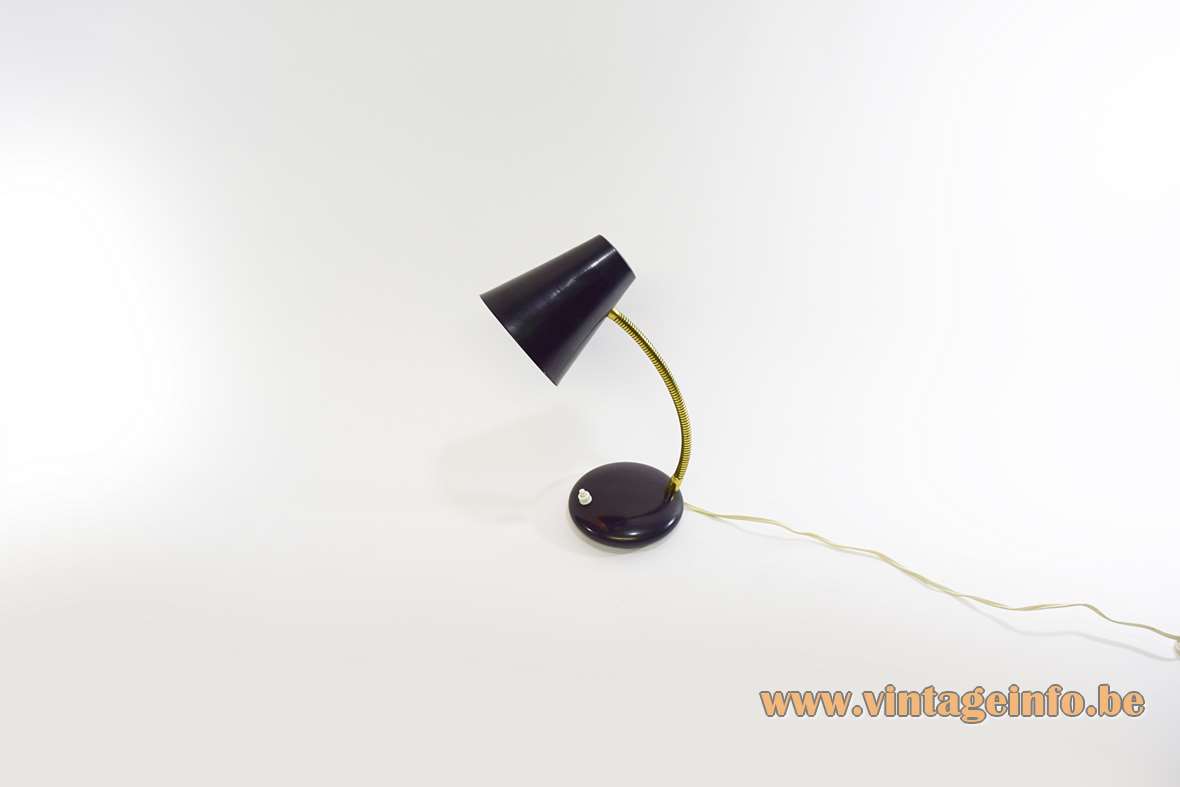 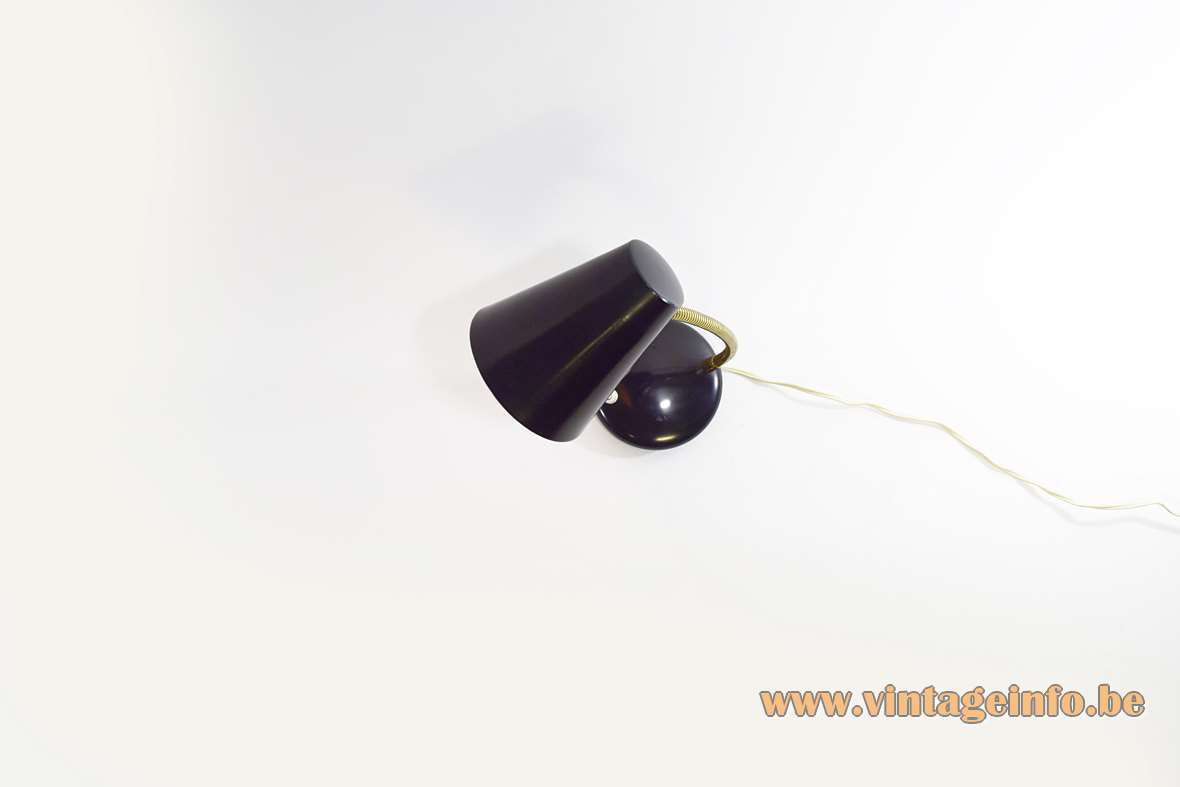 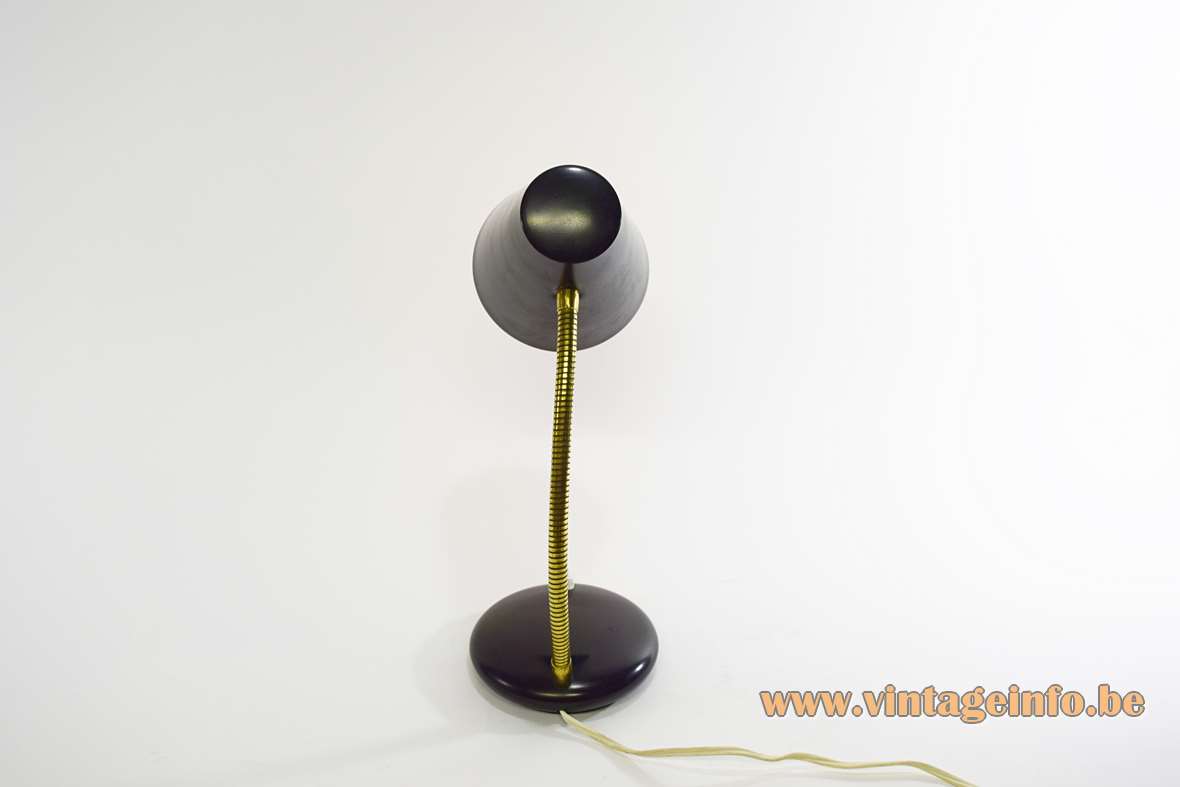 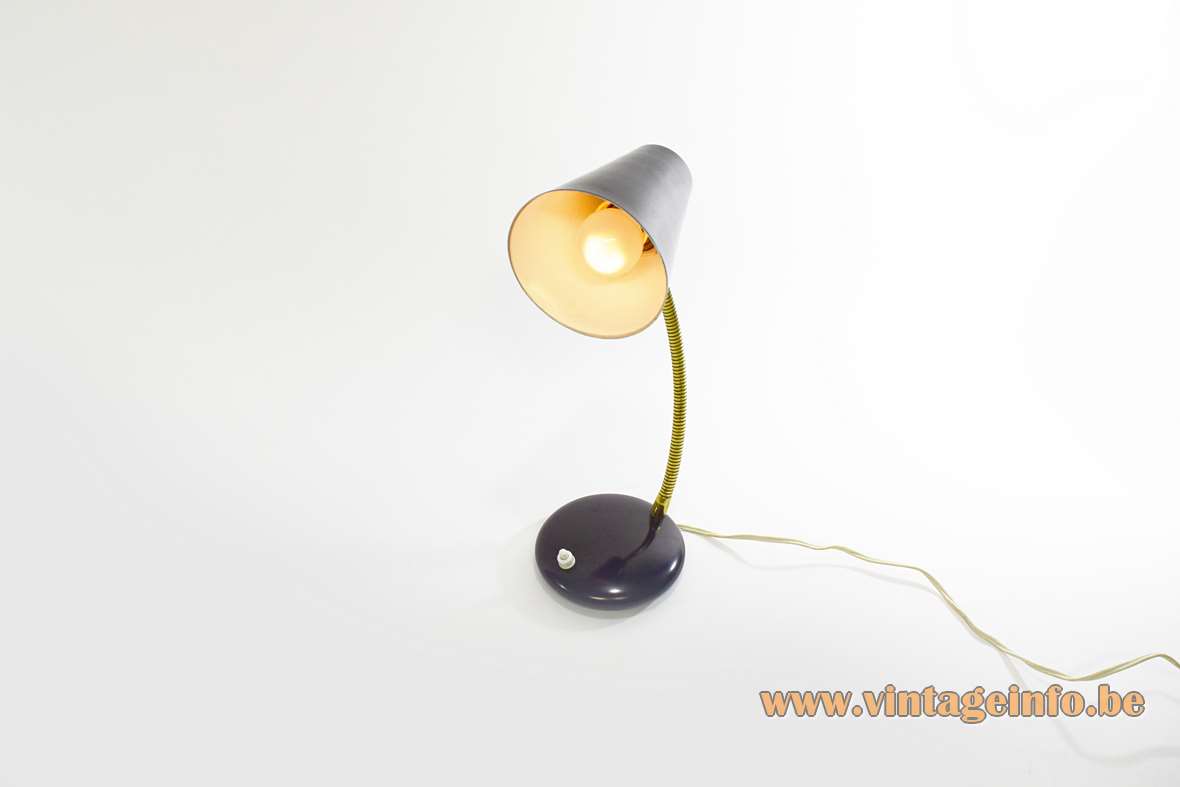 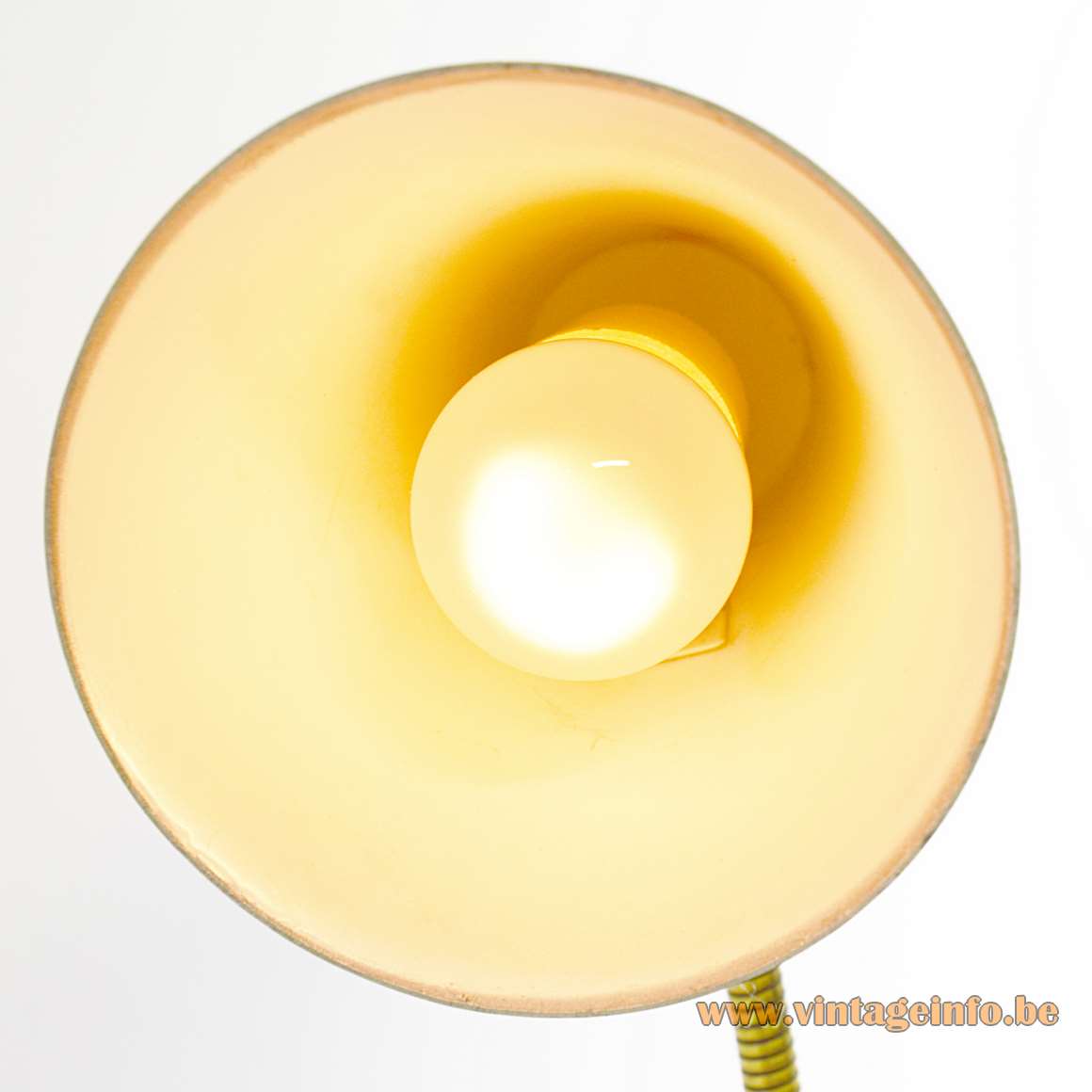 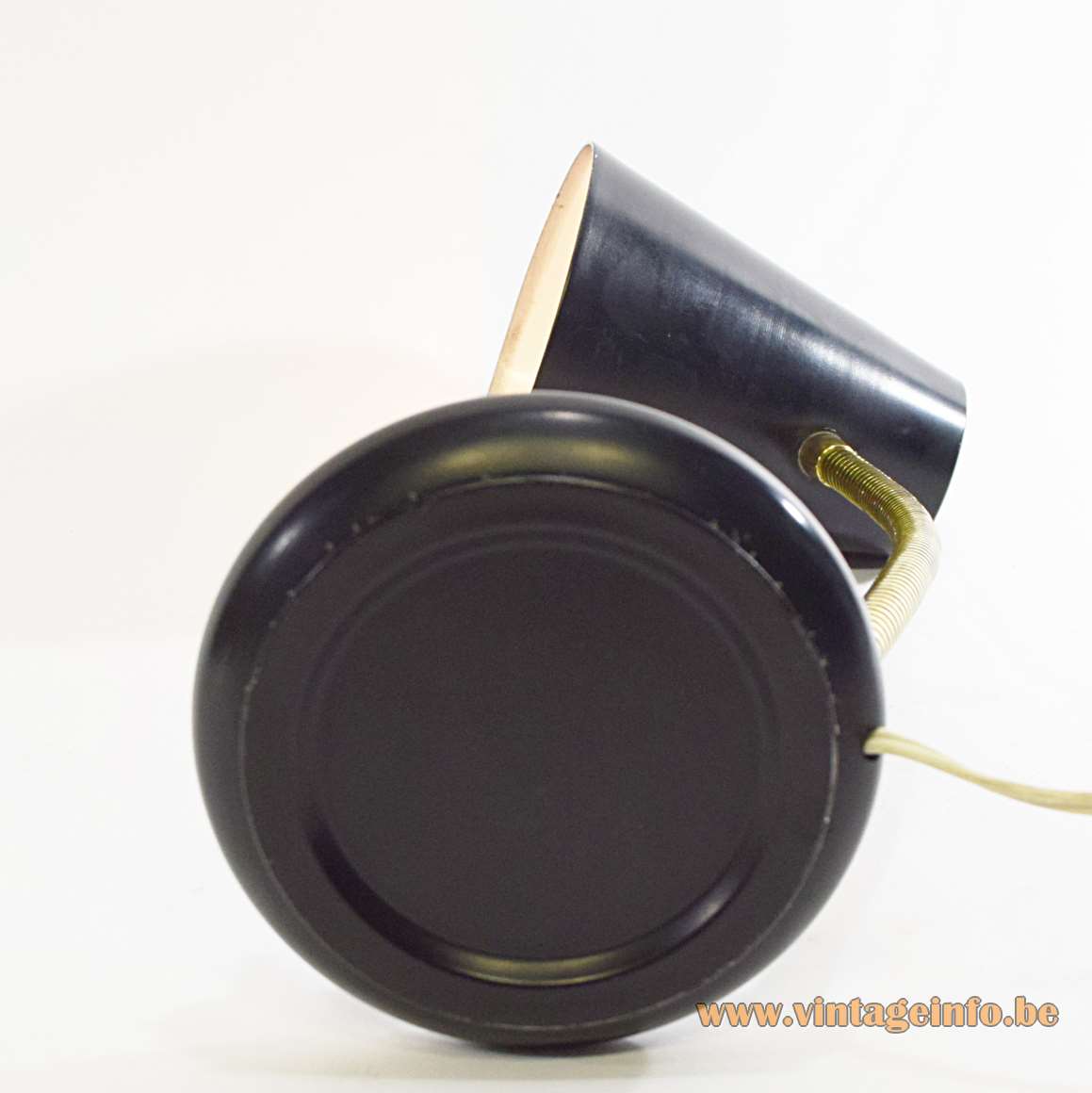 Materials: Round black painted metal base (iron). Round metal lid on the bottom of the base. Brass gooseneck. Black painted conical lampshade, white painted on the inside. White painted Bakelite E27 socket.

Other versions: This 1960s black desk lamp exists in several colours. The base was used for many other lamps.