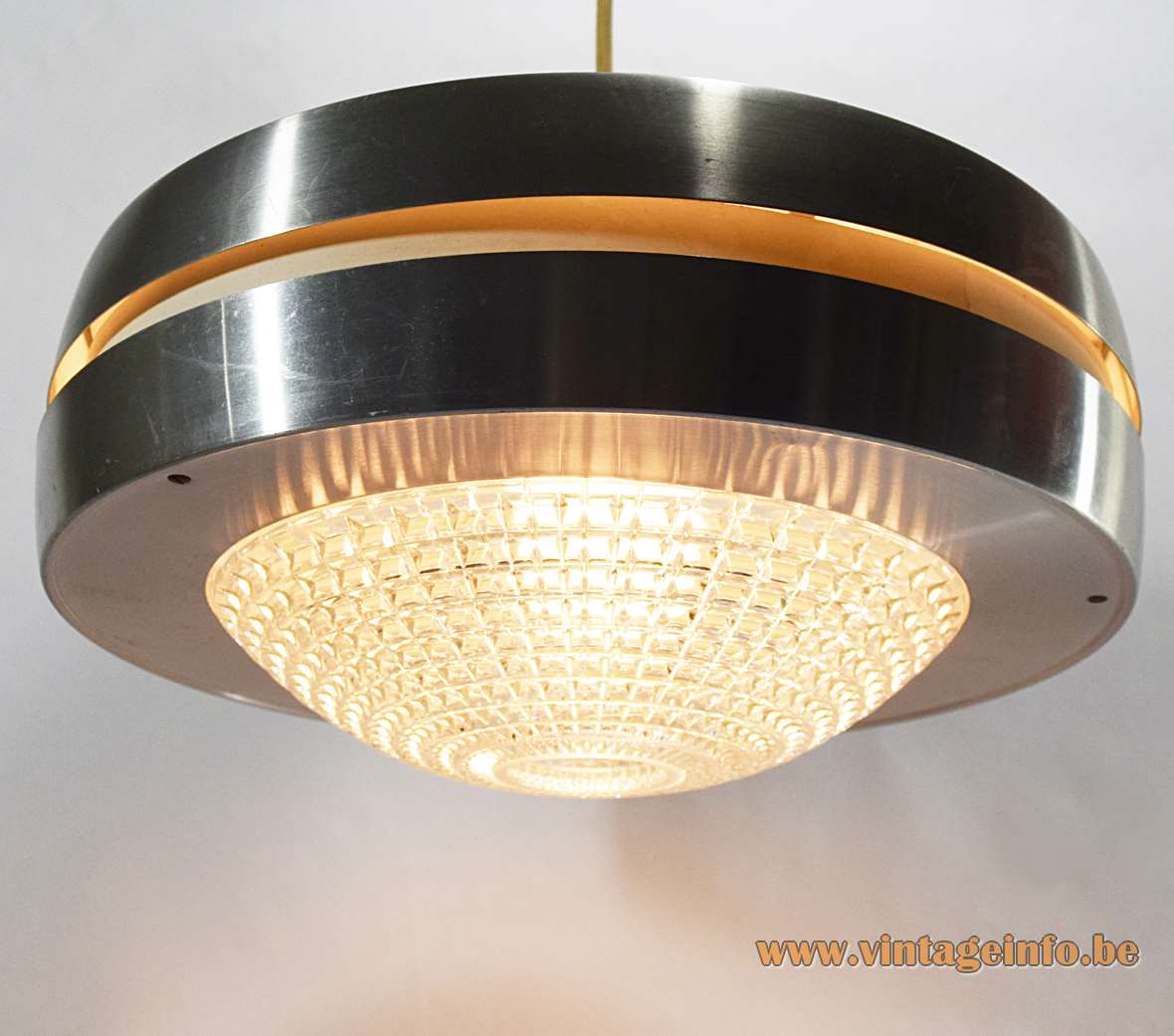 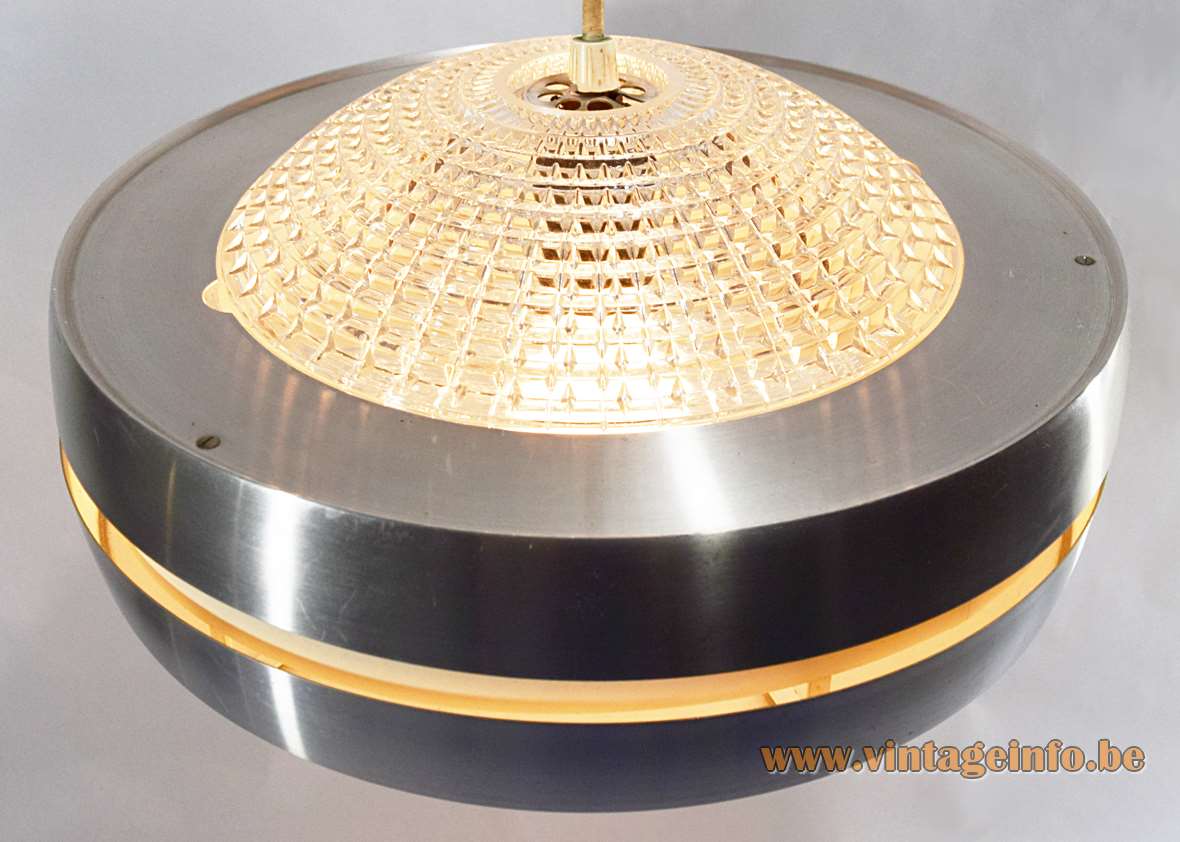 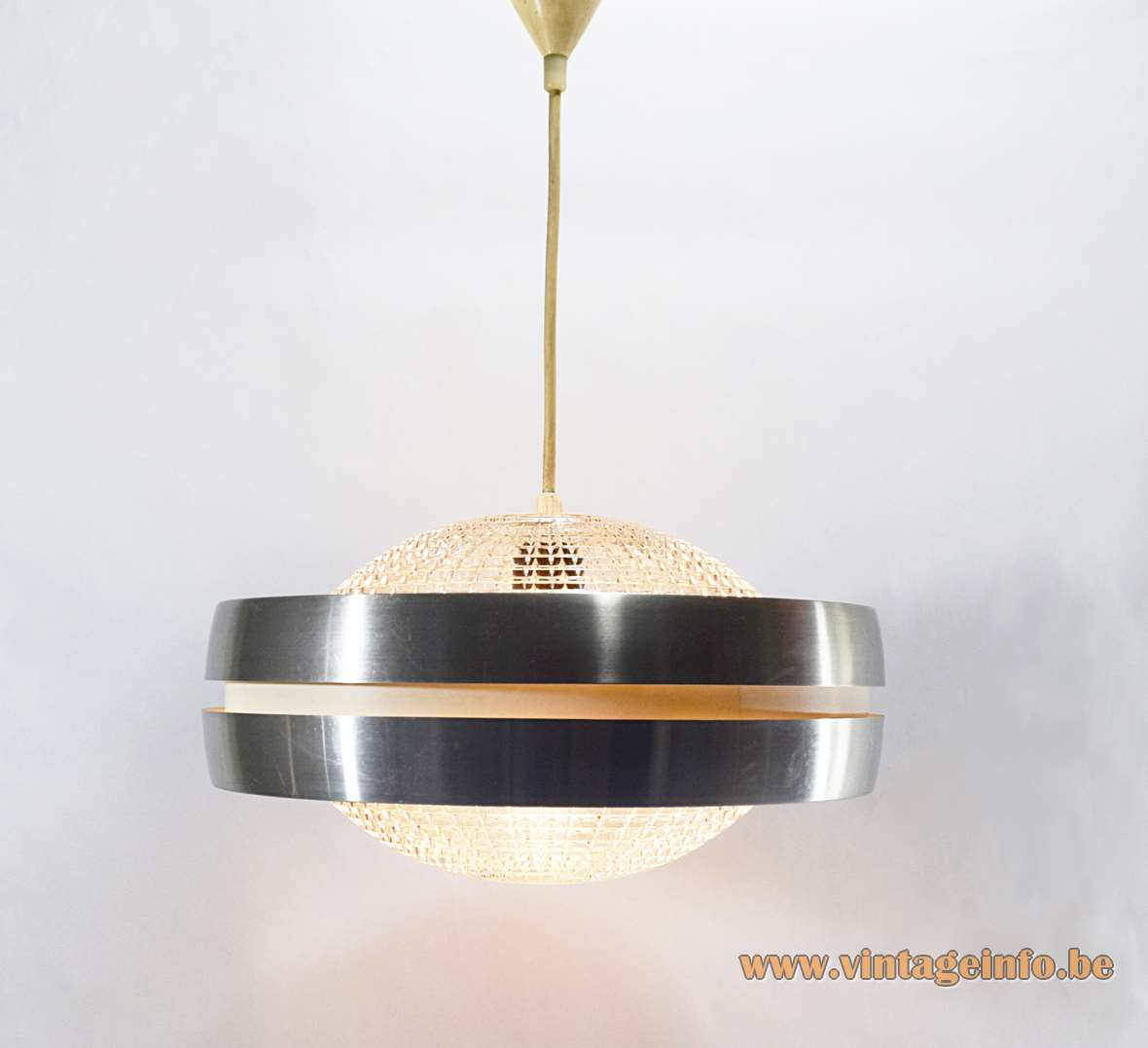 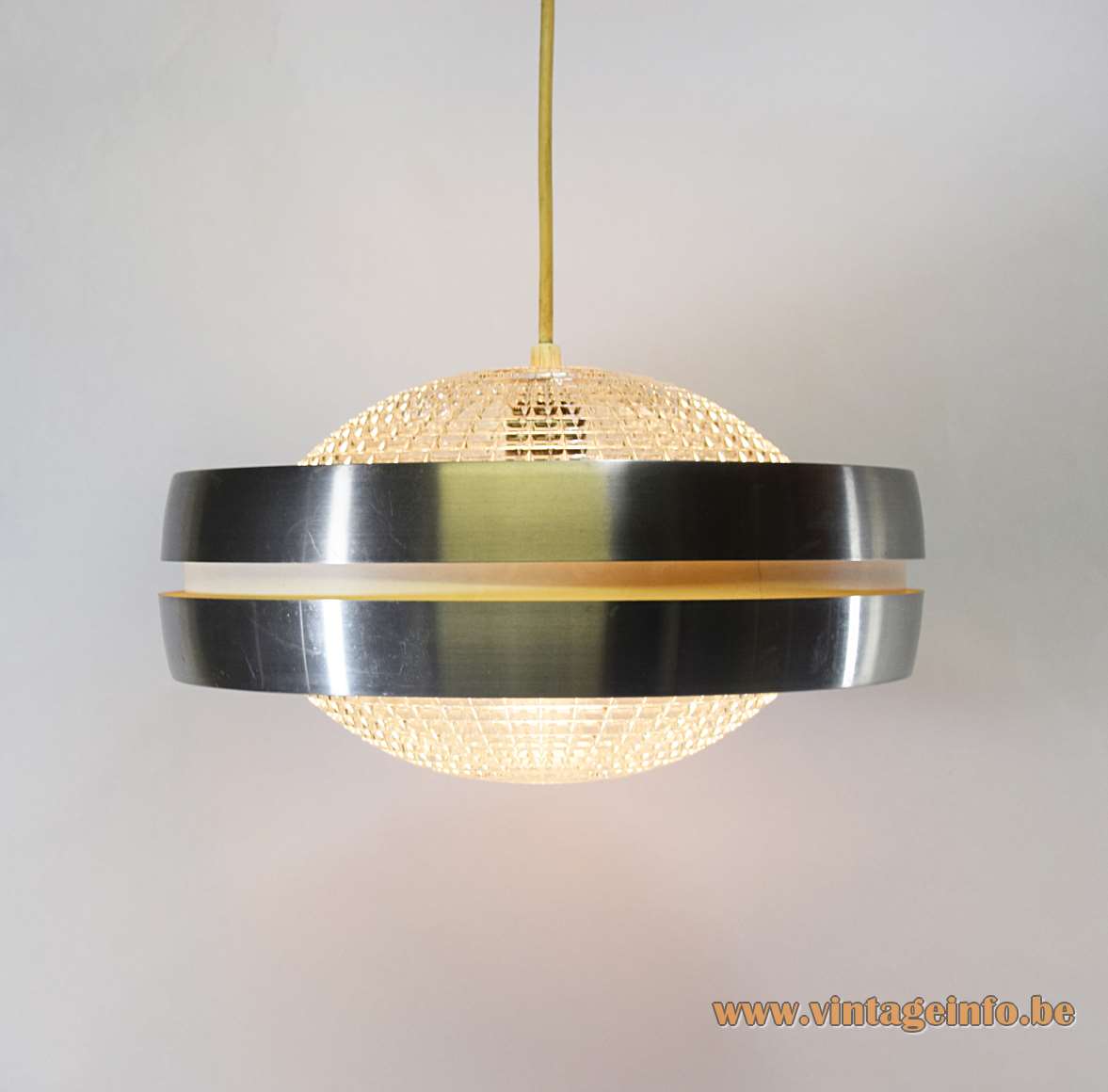 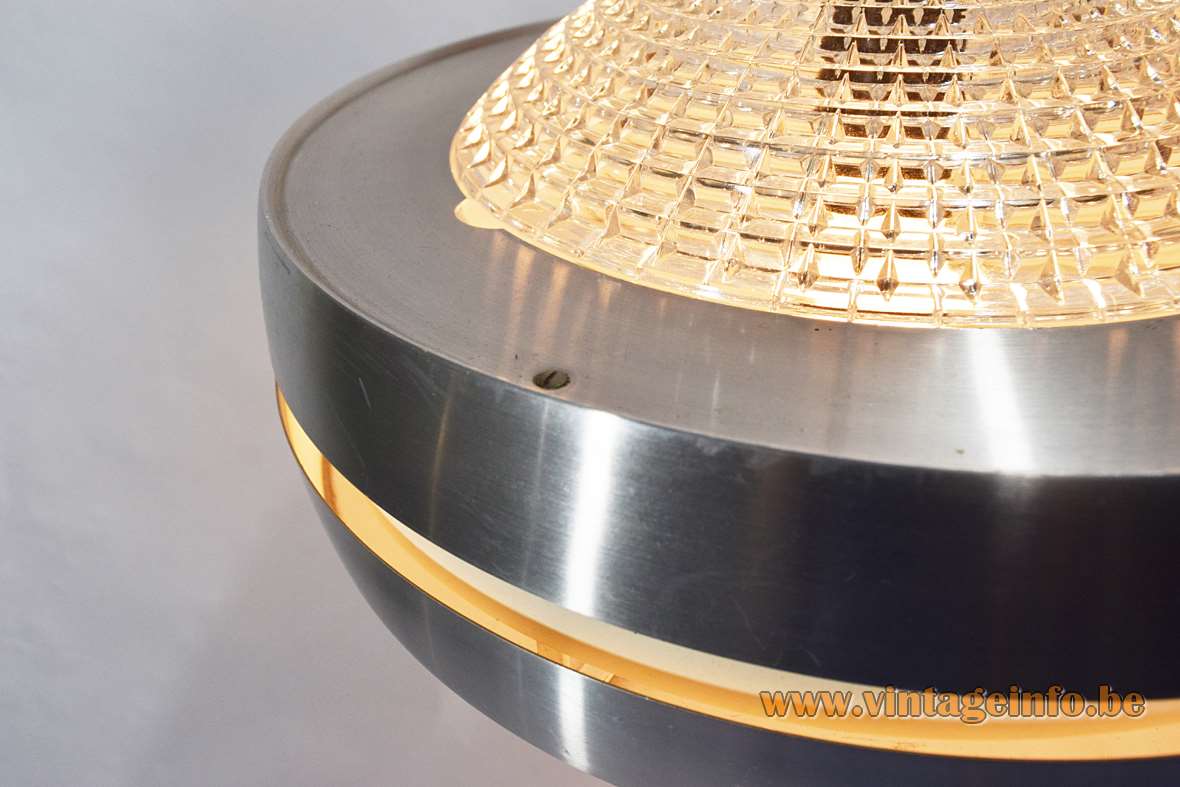 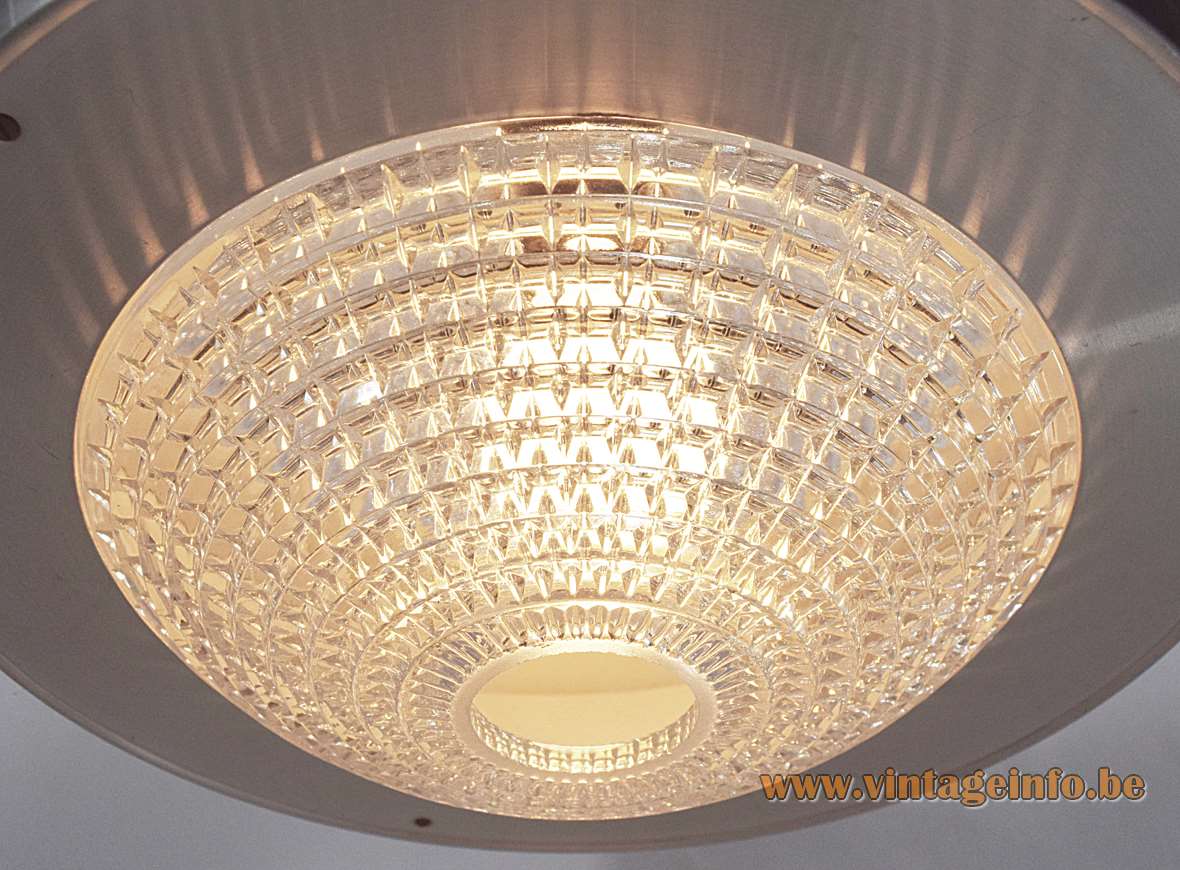 Other versions: Also made in copper coloured aluminium.

This pendant lamp was made for a short while, it only appears in the Raak catalogue 8 from 1968. In catalogue 9 from 1972 it is not mentioned anymore.

The Belgian Massive company produced a very similar pendant lamp, as you can see below. It is often confused with the Raak B-1044 pendant lamp. 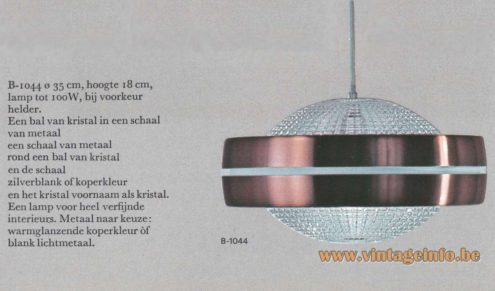 Massive version of this Raak B-1044 pendant lamp 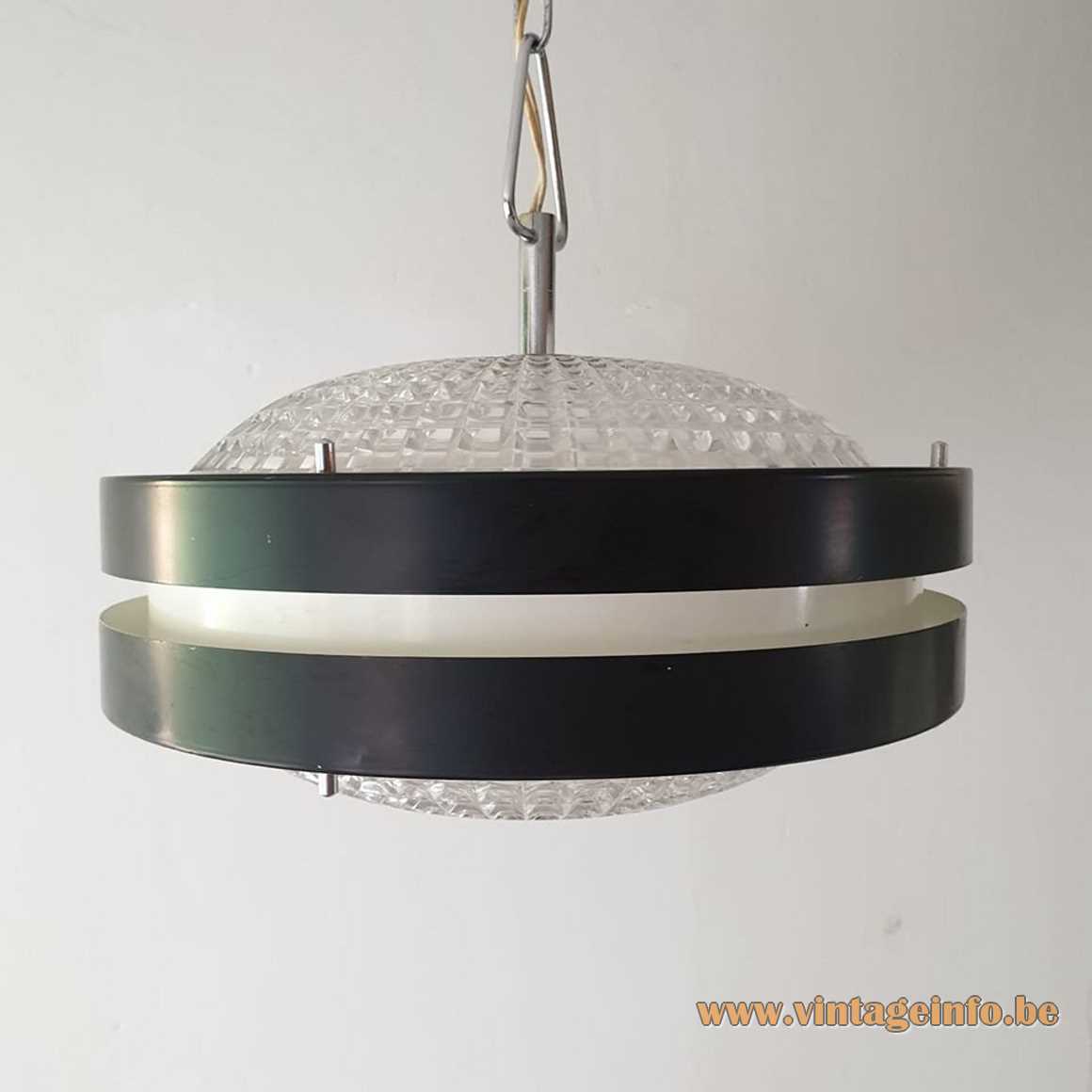 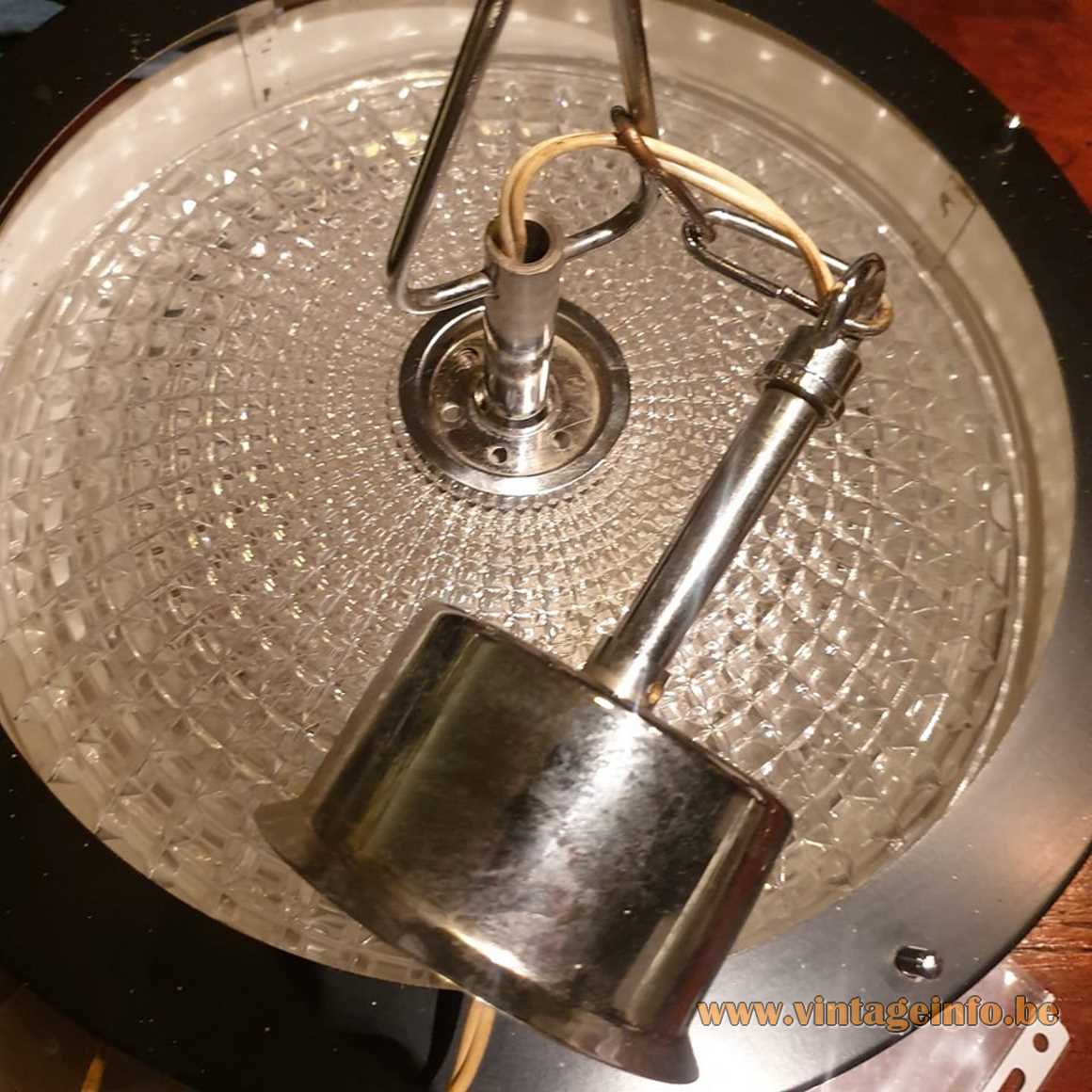 Many thanks to Bram for the photos of the Massive pendant lamp.