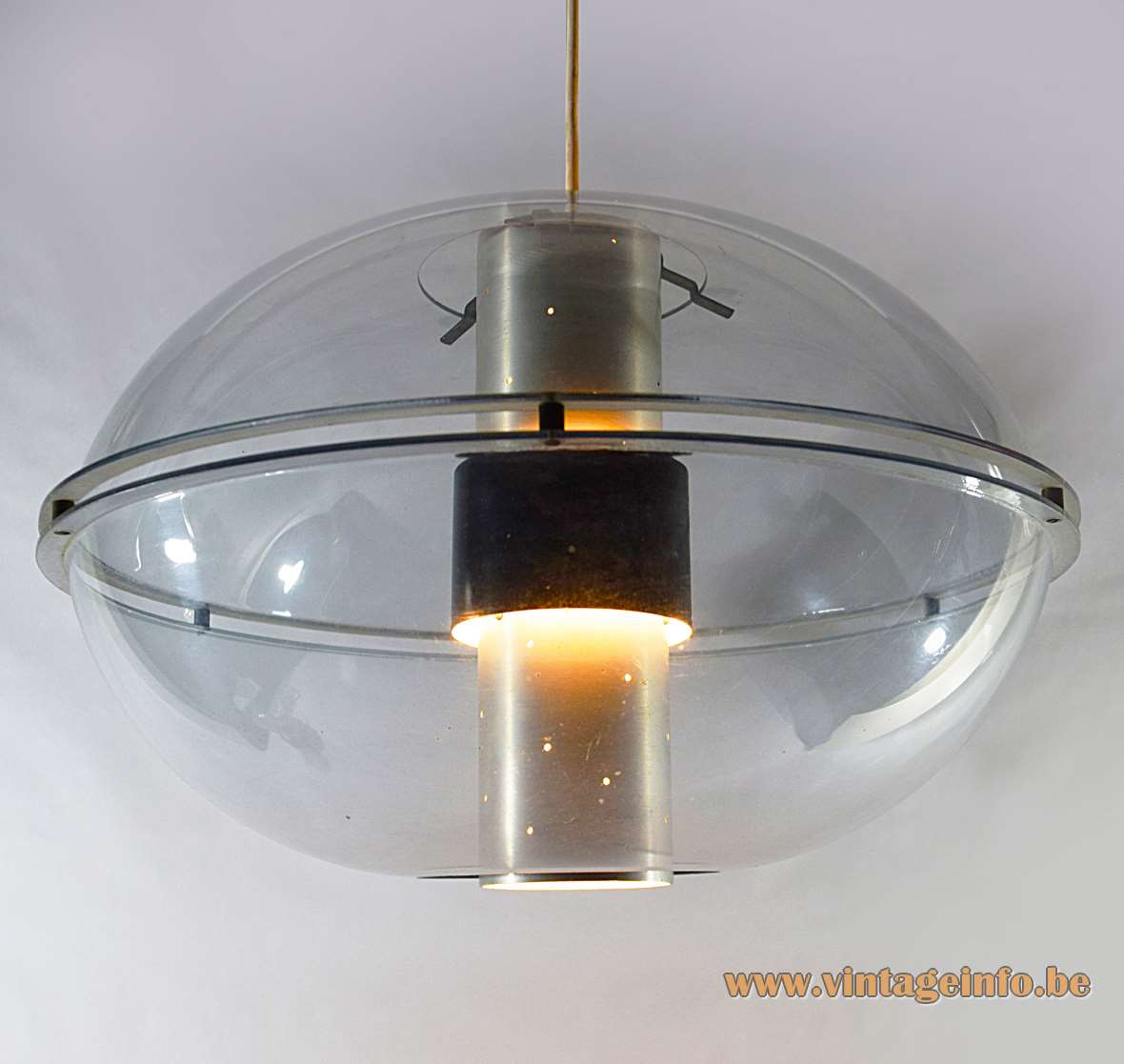 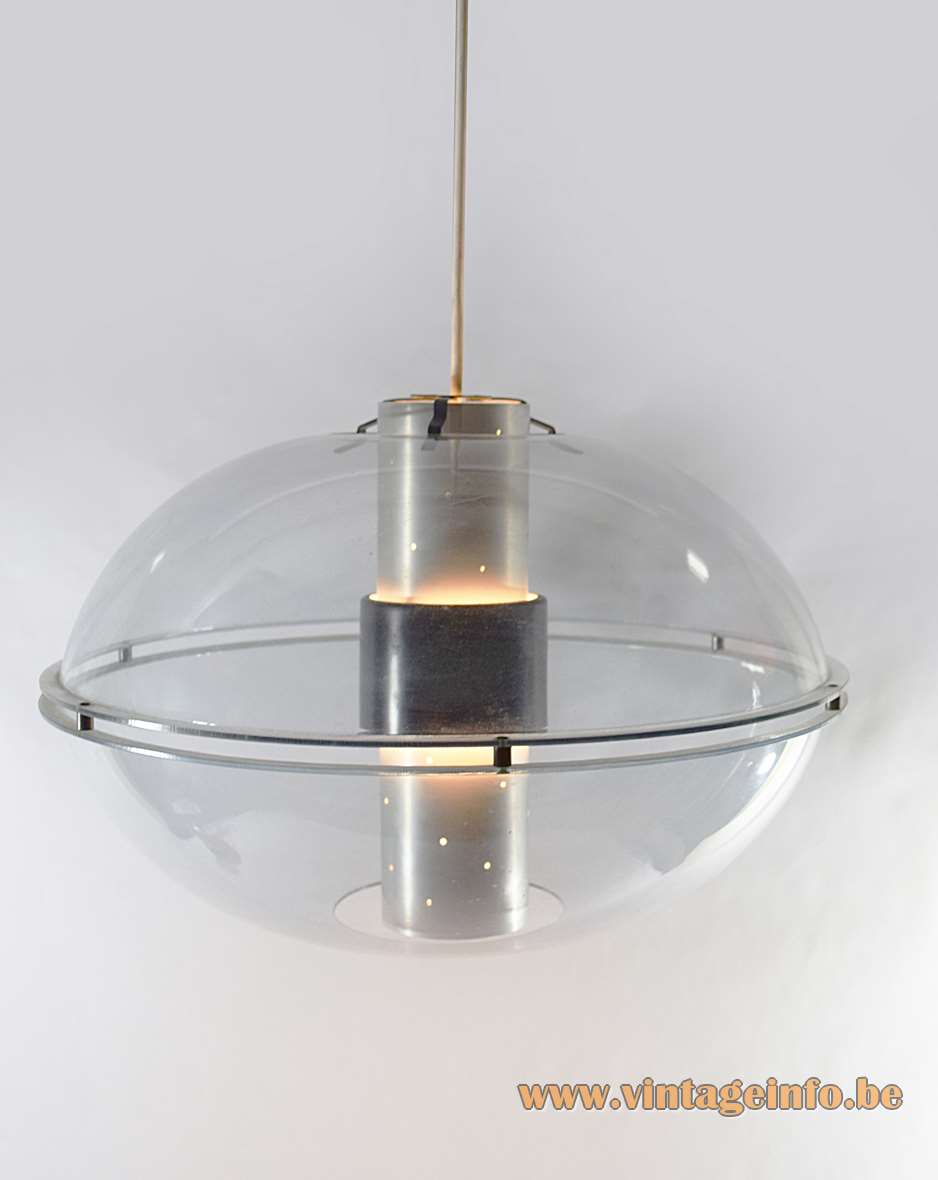 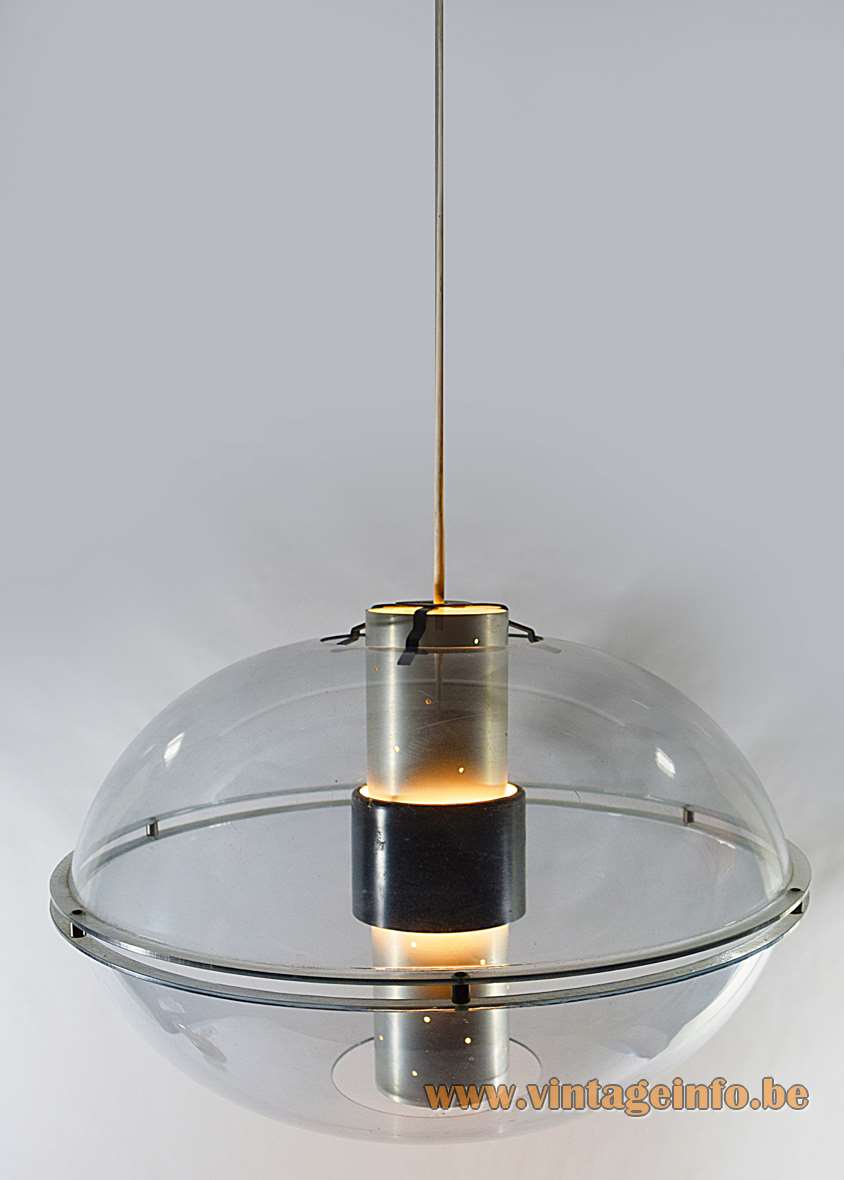 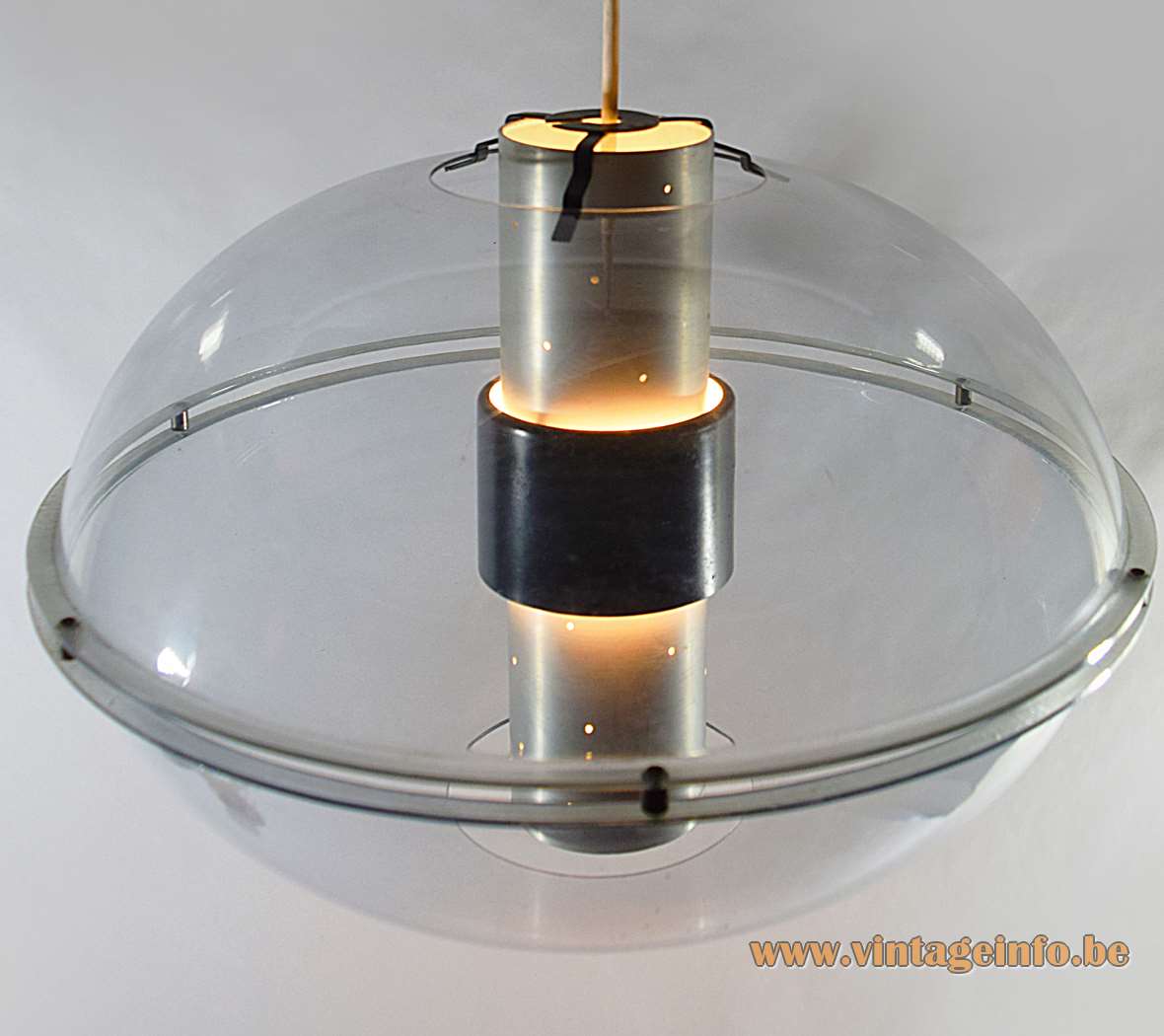 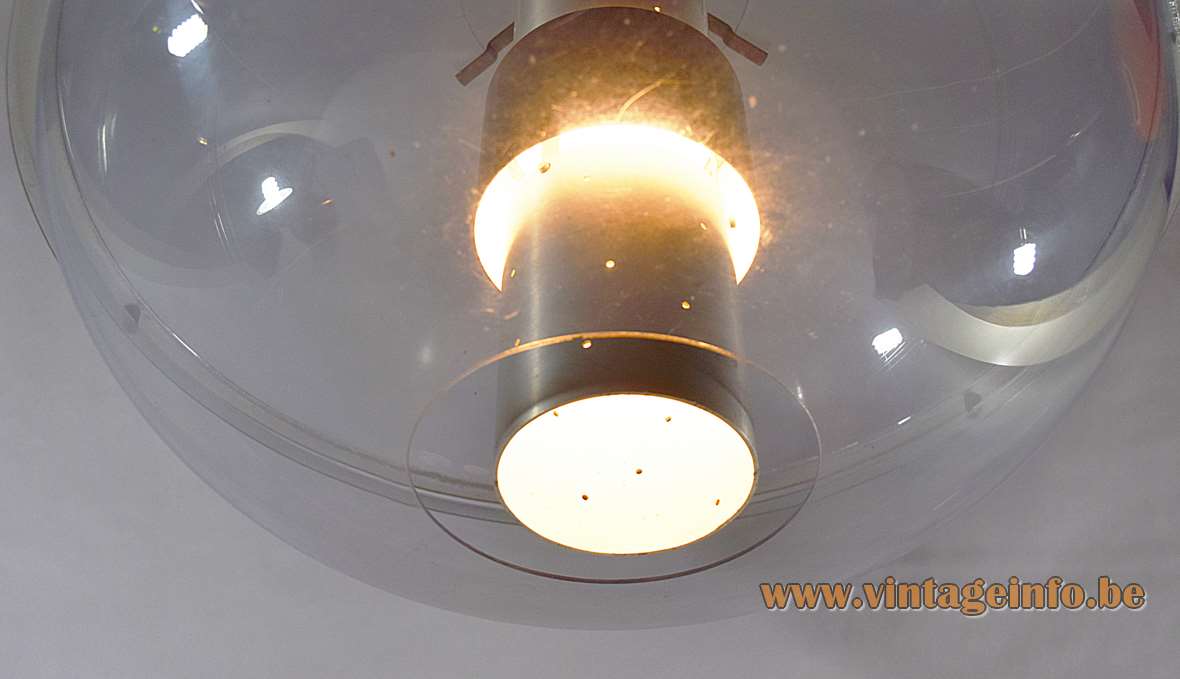 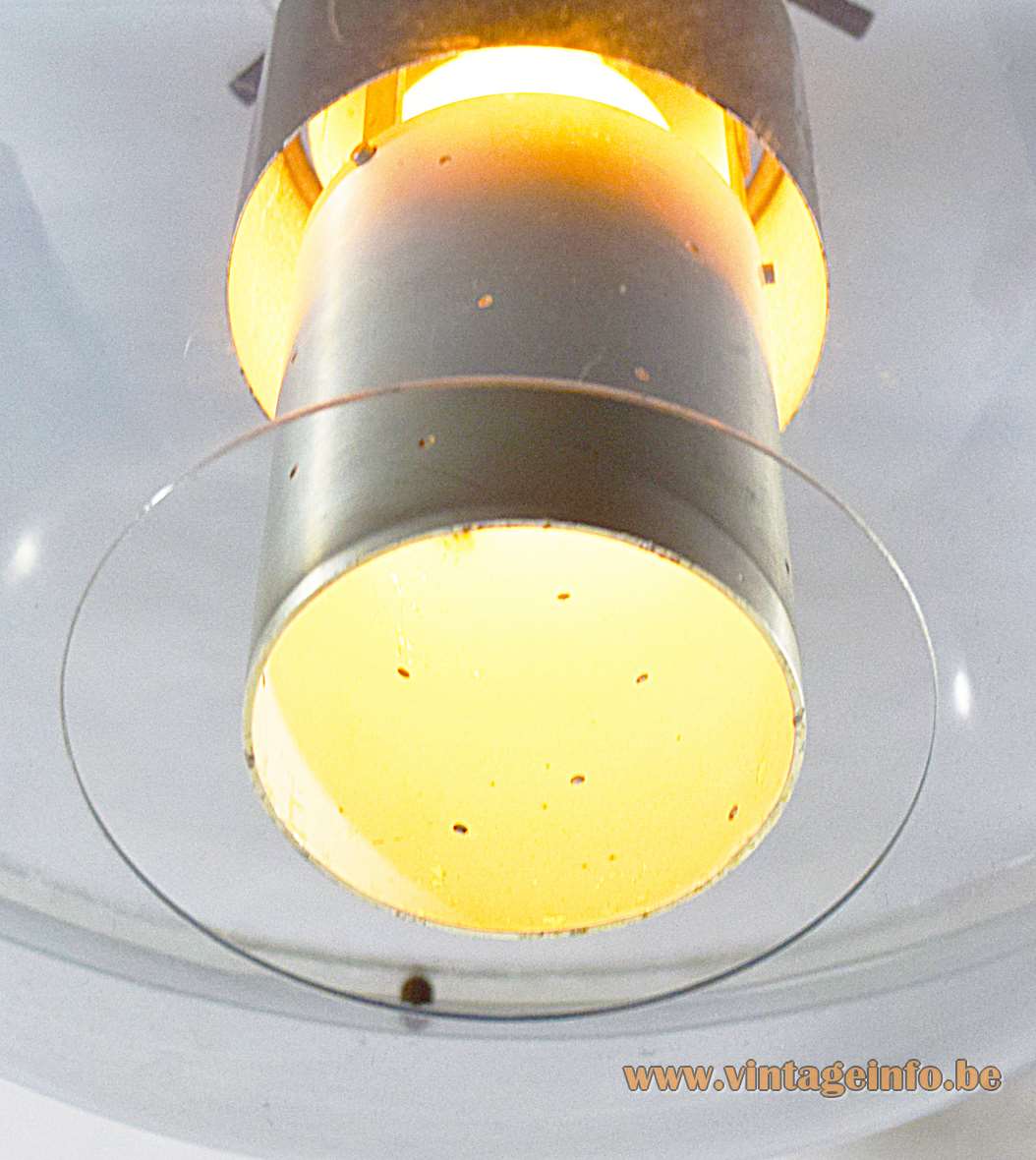 Wide as the space,
tight as a satellite,
twinkling like the Milky Way,
the design Sphere 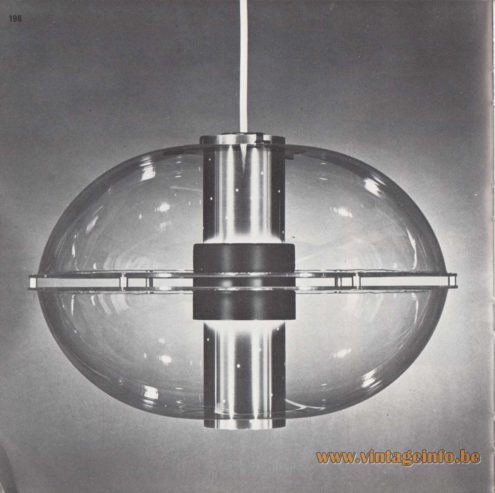 Lighting in the exciting and tense rhythm of Houston Mission Control.
Wallowing like a space capsule. Floating like a lunar module in living room, restaurant or bar. Roger! 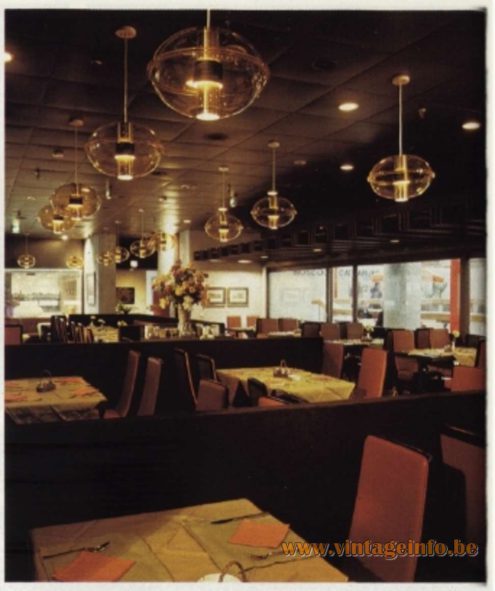 This lamp in the Raak Catalogue 5

The Roger! lamp in the Raak Catalogue 9 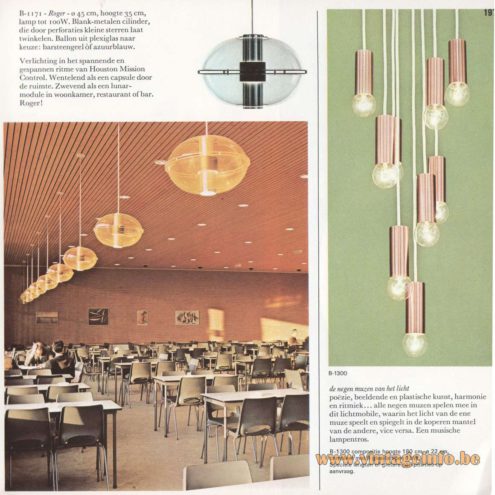 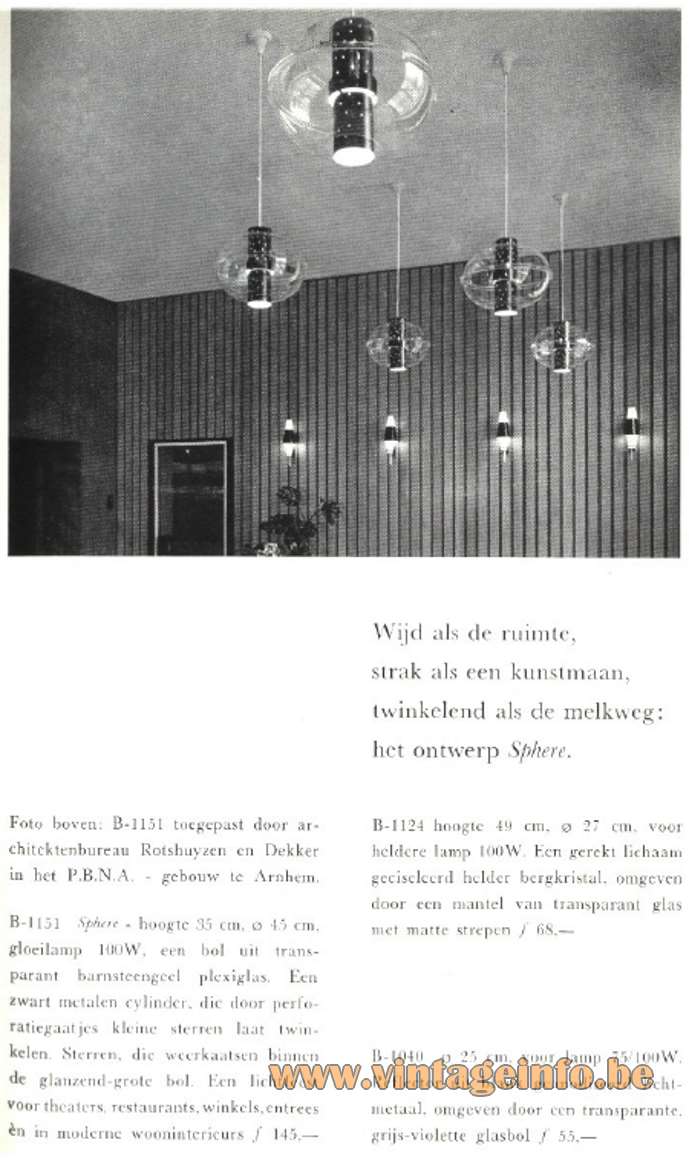 The Raak Orbiter/Sphere pendant lamp was used as a prob in the 1983 James Bond movie “Never Say Never Again” with Sean Connery. 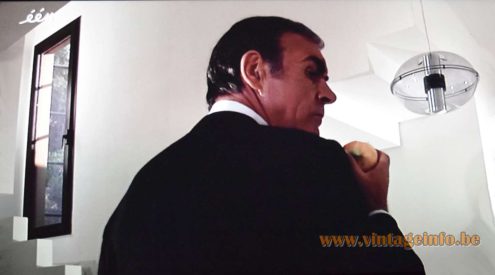