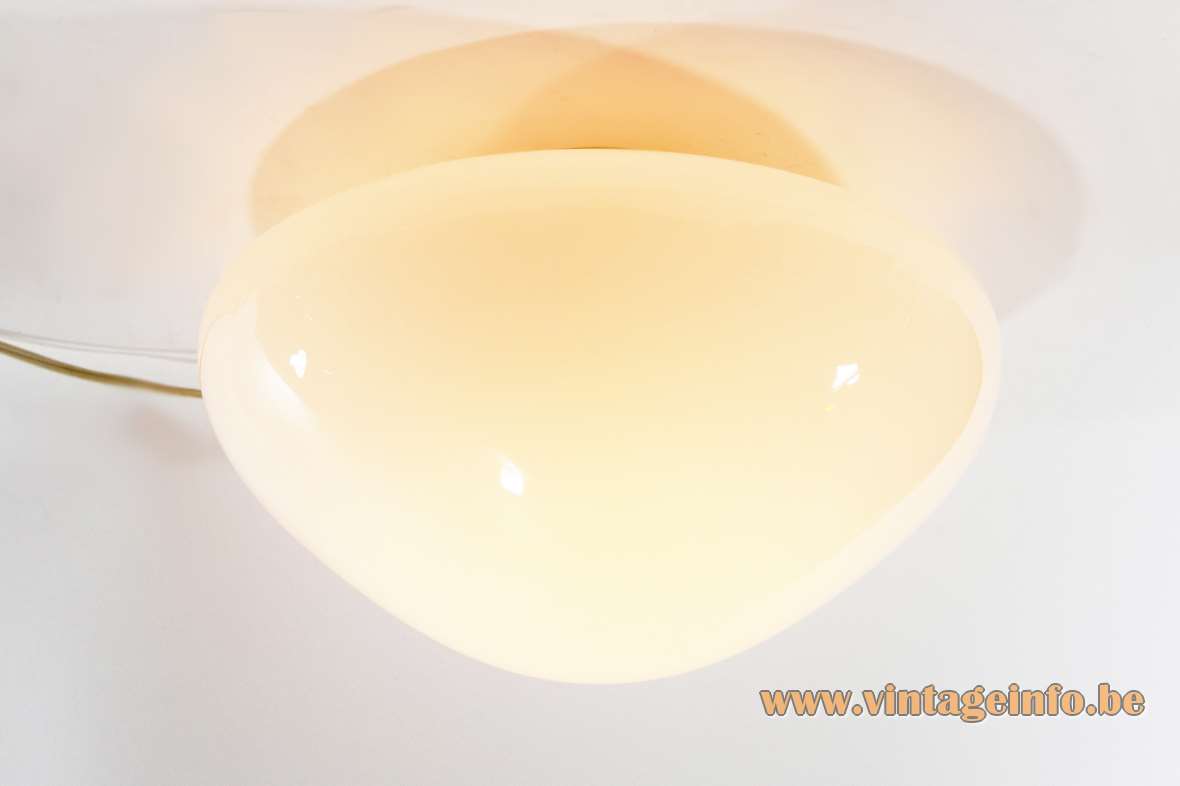 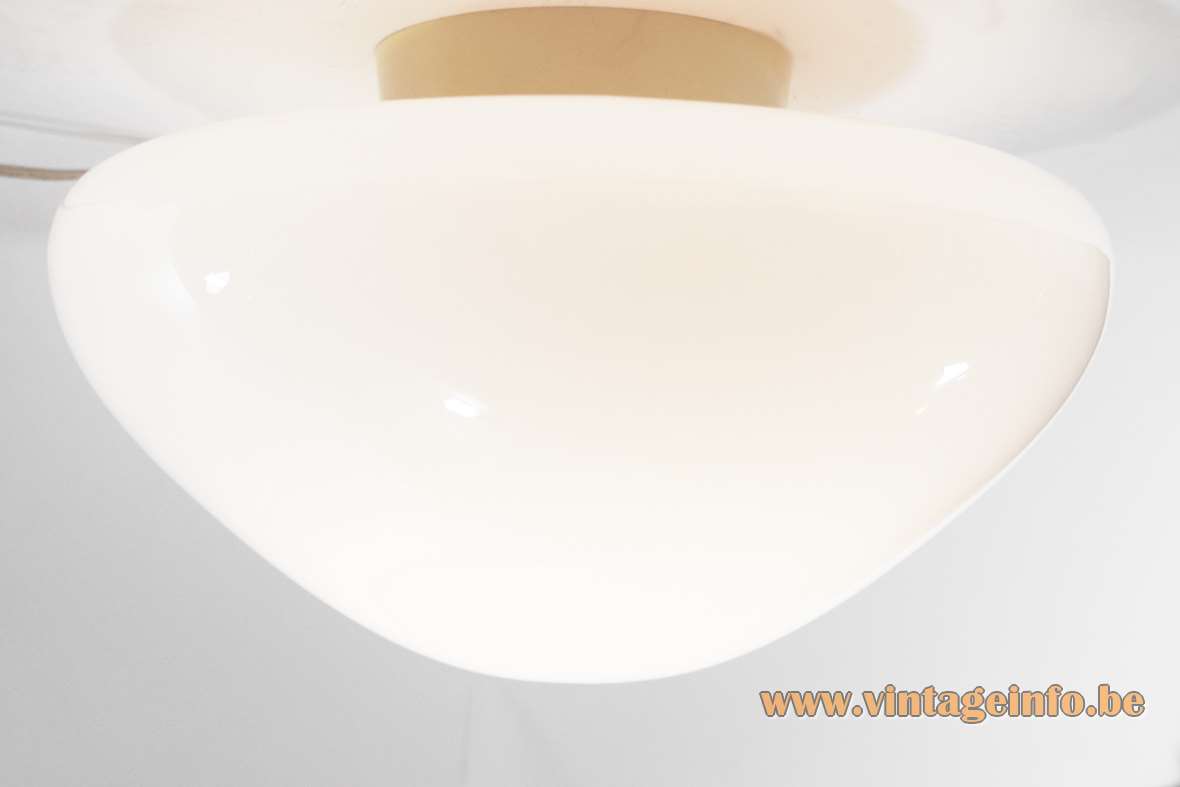 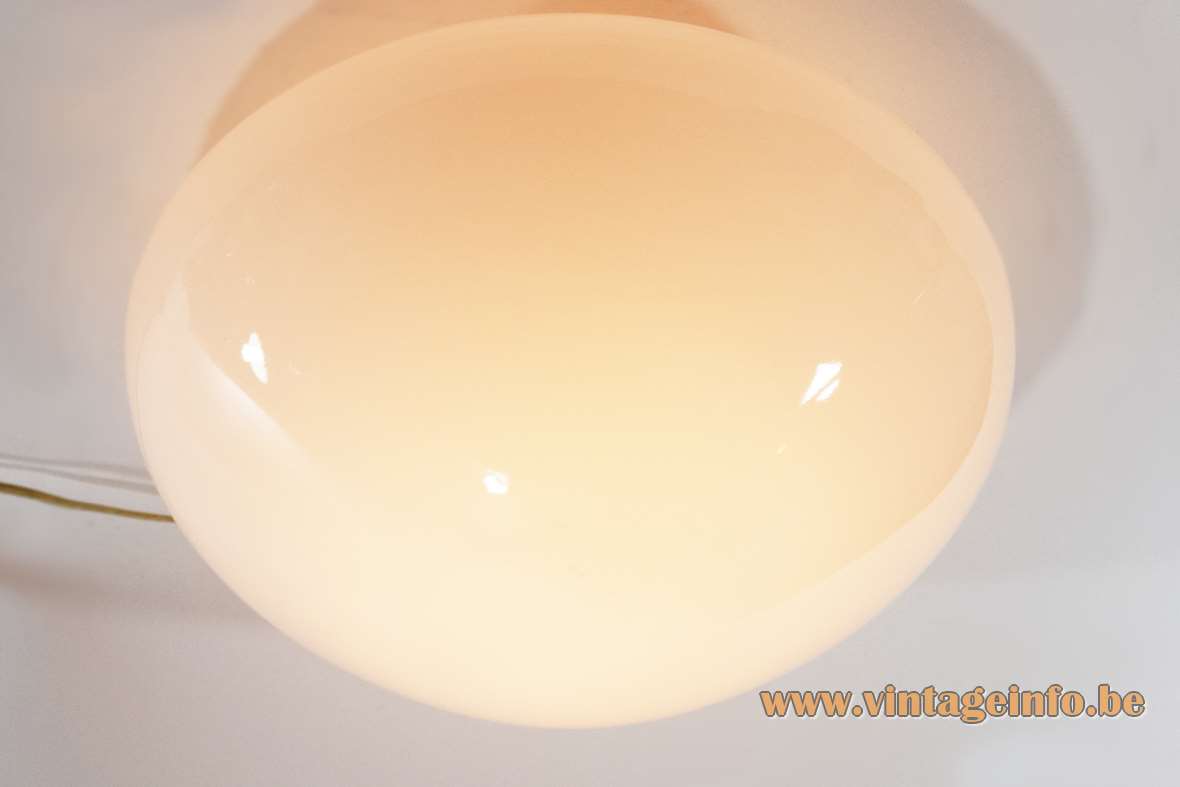 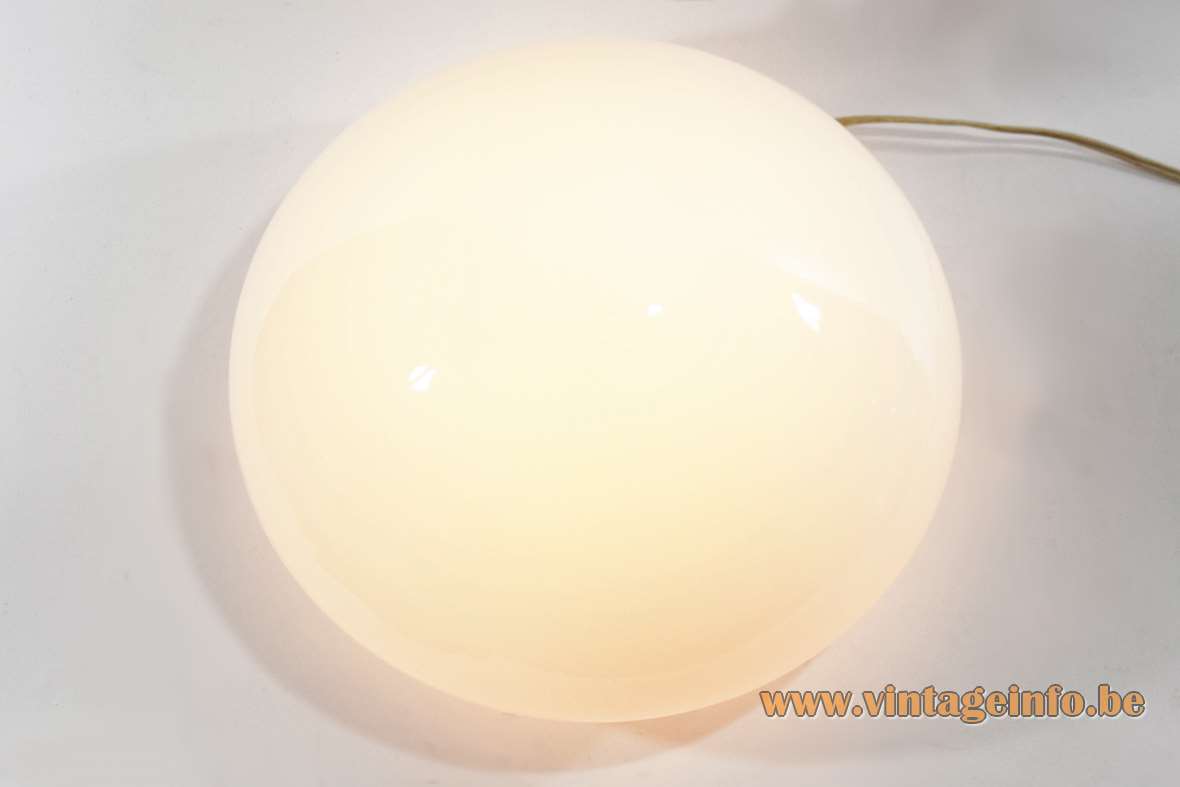 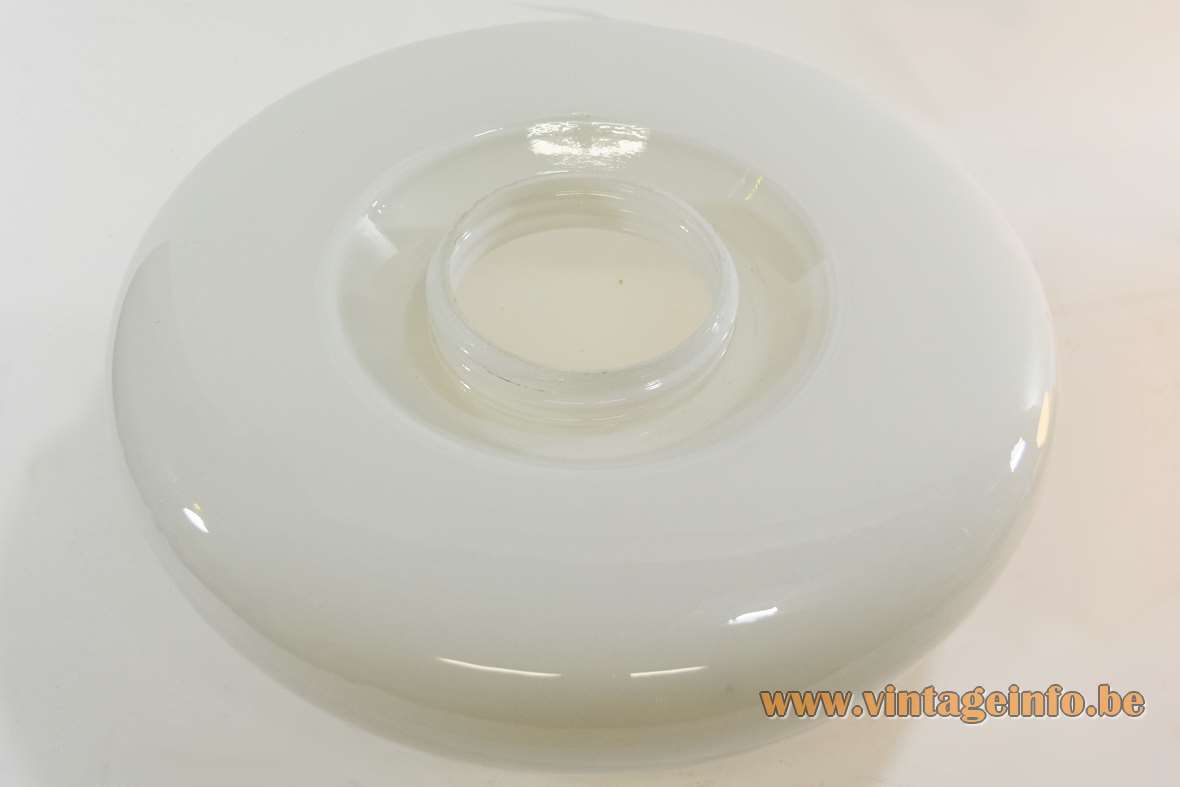 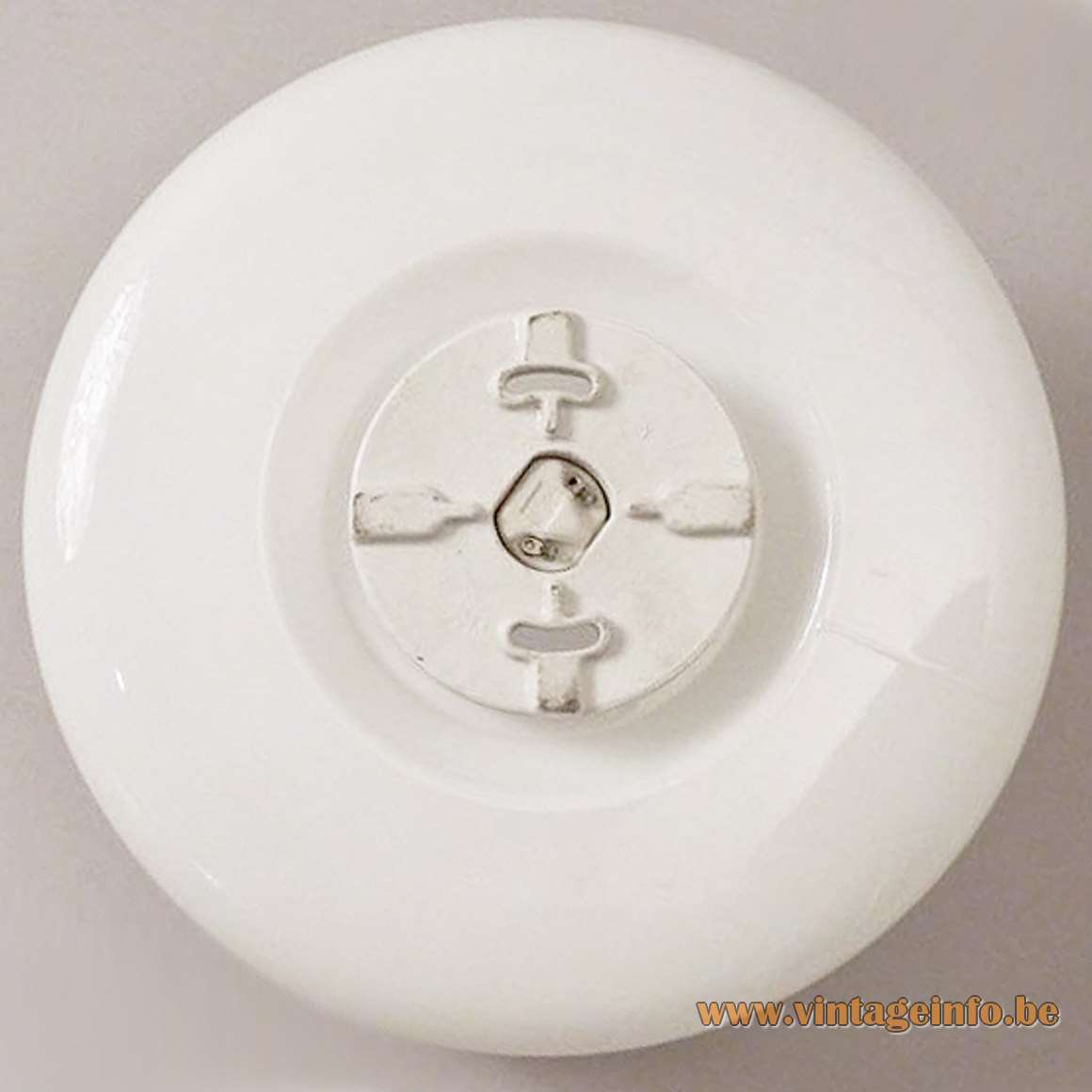 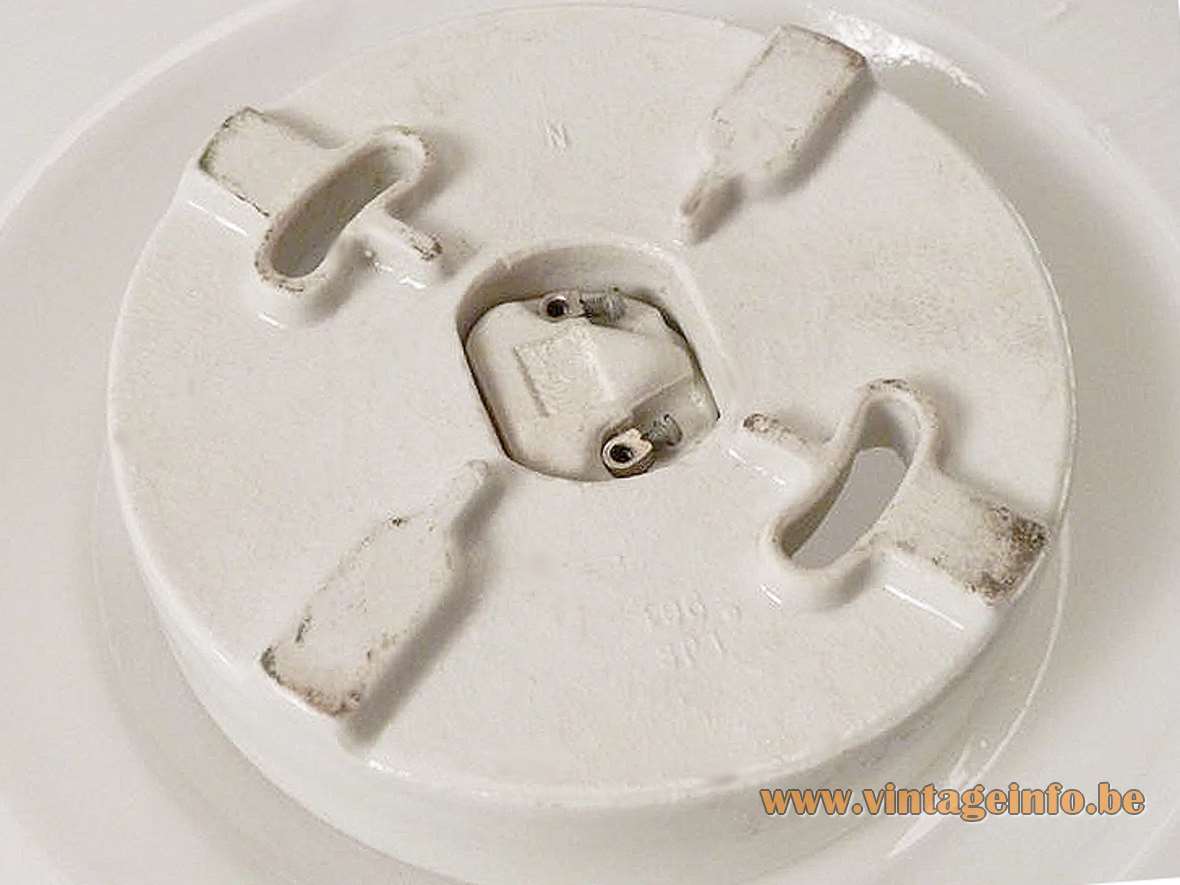 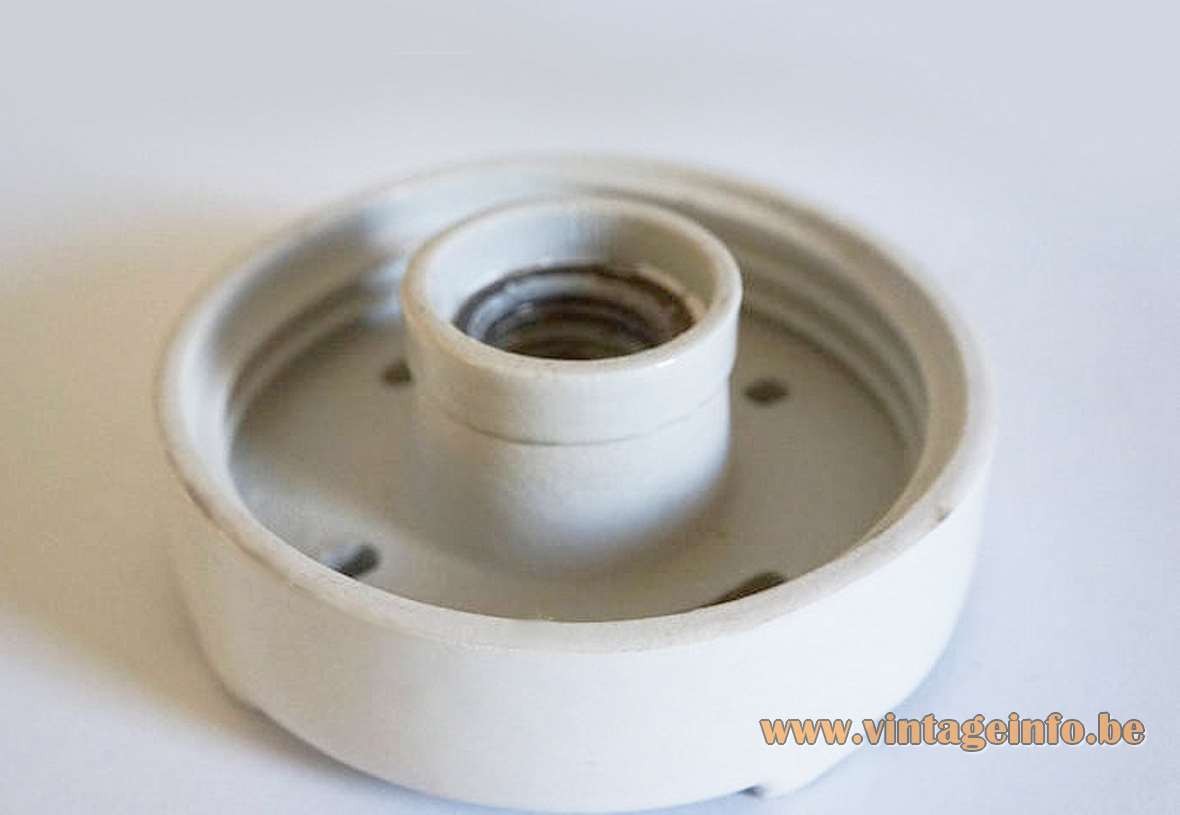 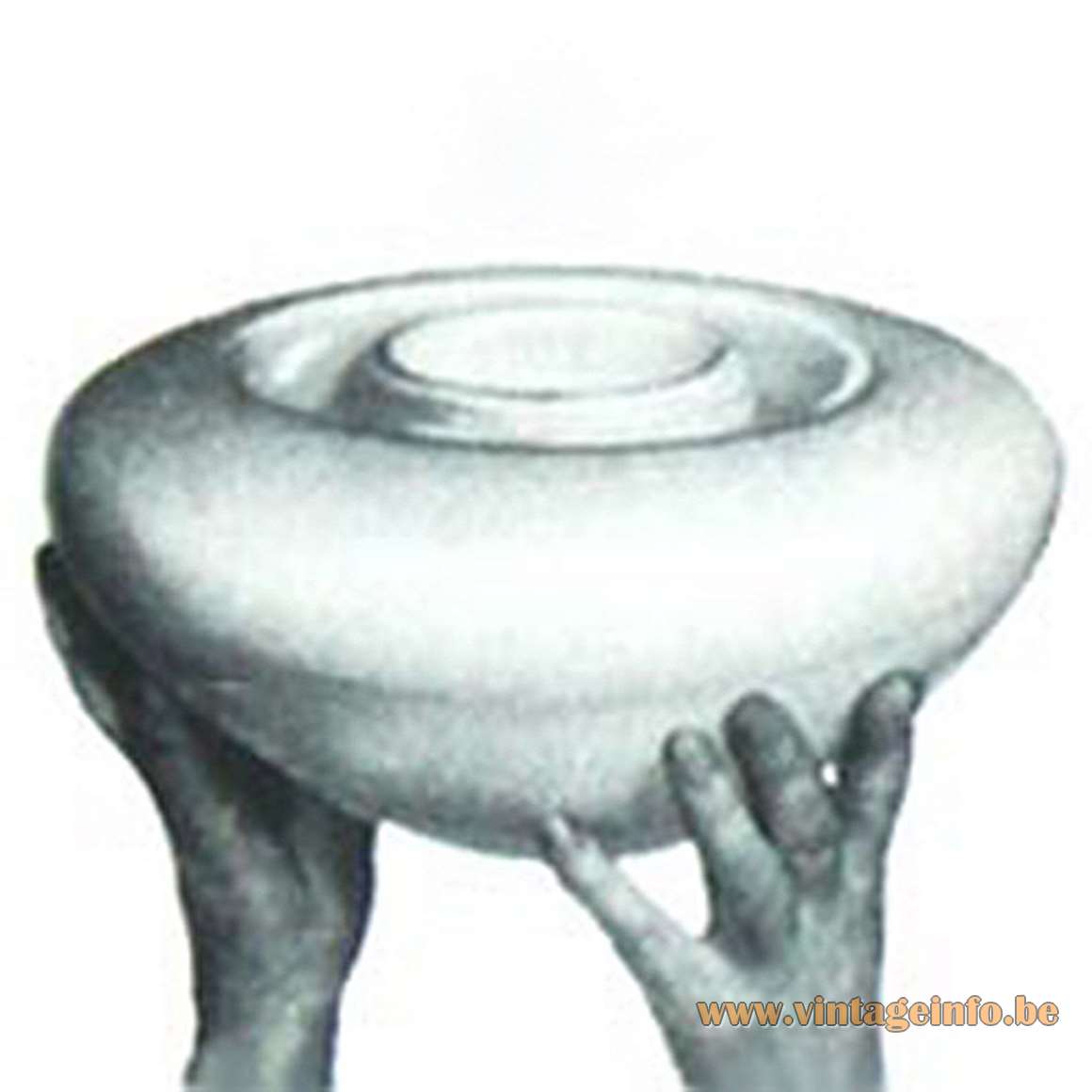 The Wagenfeld WV 339 flush mount on the Wilhelm Wagenfeld website

“The Bauhaus lamp” in the MoMA museum in New York 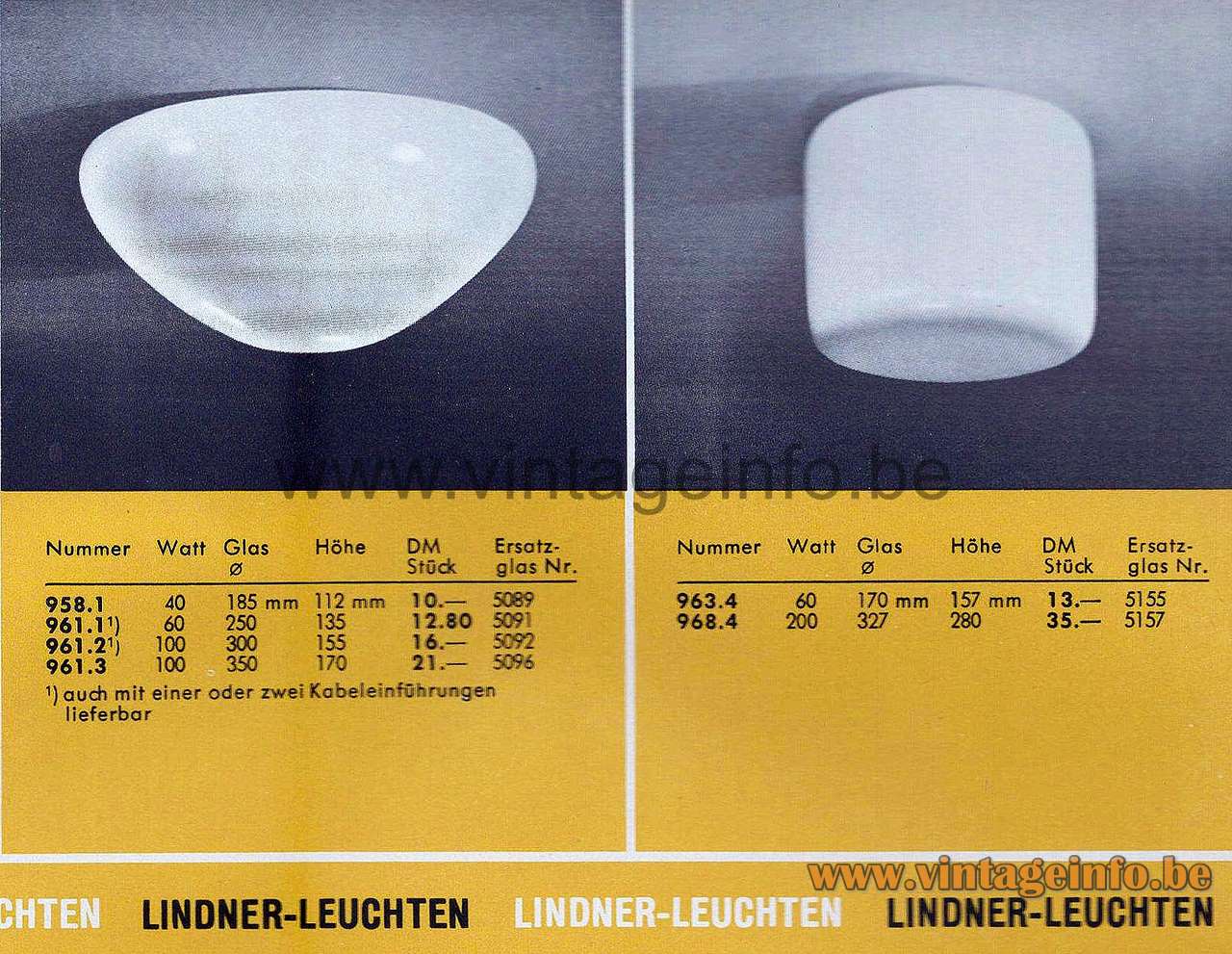 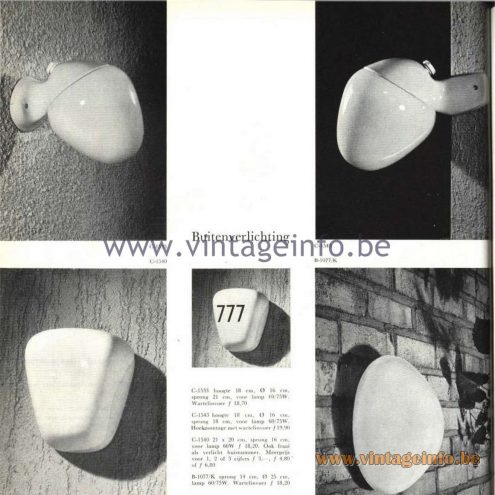 The Wagenfeld WV 339 flush mount was sold by several companies. At least also sold by Philips and Raak Lichtarchitectuur, both from The Netherlands.

Wilhelm Wagenfeld was born on April 15, 1900 in Bremen, Germany. From his 14 until his 18 he studied at Koch & Bergfeld, a silverware factory in Bremen in the drawing department. At the same time he went to the School of Applied Arts, the Kunstgewerbeschule in Bremen.

From 1919 on Wilhelm Wagenfeld went to the drawing academy in Hanau were he graduated as a master student of the painter Reinhold Ewald.

Wagenfeld studied at the famous Bauhaus art school (founded in 1919 by the architect Walter Gropius) in Weimar from 1923 until 1925 were he designed, together with Carl Jakob Jucker his famous table lamp, often named the Bauhaus lamp. Today this table lamp is produced by Tecnolumen.

Wilhelm Wagenfeld married in 1925 with Else Heinrich. In the same year he filed a patent for a technical improvement of the table lamp; a glass version. He wanted to avoid conflicts of use with the Bauhaus, who continued to produce and market his lights.

In  1928 Wagenfeld took over the management of the metal workshop of the Staatliche Bauhochschule Weimar (State University of Applied Sciences): Metal appliances, table and ceiling lamps were produced here.

In the following years he designed many utensils such as coffee pots, tea pots, glasses, kitchenware and crockery.

In 1943 Wagenfeld was dismissed from military service because of requests from the glass industry. In 1944 he refused to join the NSDAP ( the German Nazi Party) and was sent to a aviator corps on the Eastern Front as punishment. He was captured by the Russians and was a prisoner of war for a while.

From 1953 until 1958 he designed lighting for Peill + Putzler and Heinz Neuhaus. In 1953 he also founded his Werkstatt Wagenfeld (Workshop Wagenfeld) in Stuttgart.

His long collaboration with Lindner started in 1955 and lasted until 1970 were he developed a comprehensive lighting program.

In 1978 his workshop was closed and two years later, in 1980 Tecnolumen began to produce the Bauhaus lamps.

Wagenfeld died in Stuttgart in 1990. His resting place is in Collex-Bossy, Switzerland.

Wilhelm Wagenfeld was awarded many times. It is one of the most celebrated German designers.

The Lindner company was founded by Kurt Lindner in 1901. He took over the management of a bankrupt factory for electrical ceramics in Jecha near Sondershausen. LJS is the abbreviation for Lindner Jecha Sondershausen.

In 1925 Lindner already had 1100 employees. Lindner acquired the company Hugo Löbl and sons in Bamberg in 1938. Jecha was located in East Germany and in 1946 the company was disassembled by the Soviet Union and became national property.

Kurt Lindner moved his company to Eggolsheim near Bamberg. In the 70s the company specialised in fuse ceramics. In 1997 Lindner merged with Gould Shawmut.

Ferraz takes over the Gould Circuit Protection Group in 1999. Lindner becomes part of the company. In 2011 the Thomas Hoof Product Company takes over the Lindner brand and continues to produce some moulds. 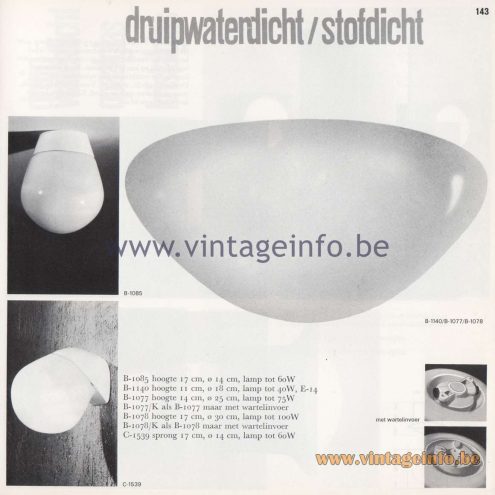 And also the Dutch Philips sold the Wagenfeld WV 339 flush mount. Here in a catalogue from 1970: model NCS 49.

Many thanks to Lothar from Designretter and the Wagenfeld website for the Lindner catalogue picture of the hands holding the glass.