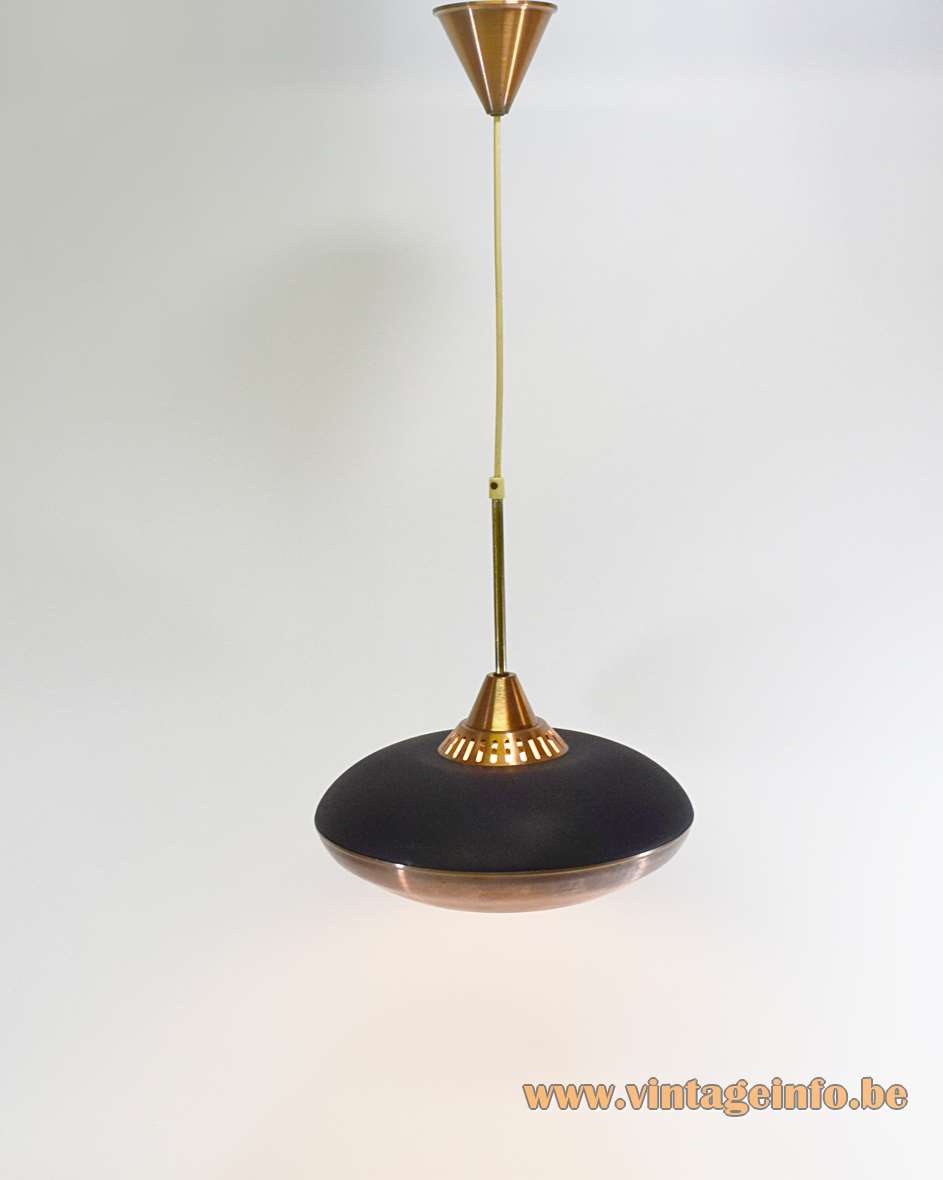 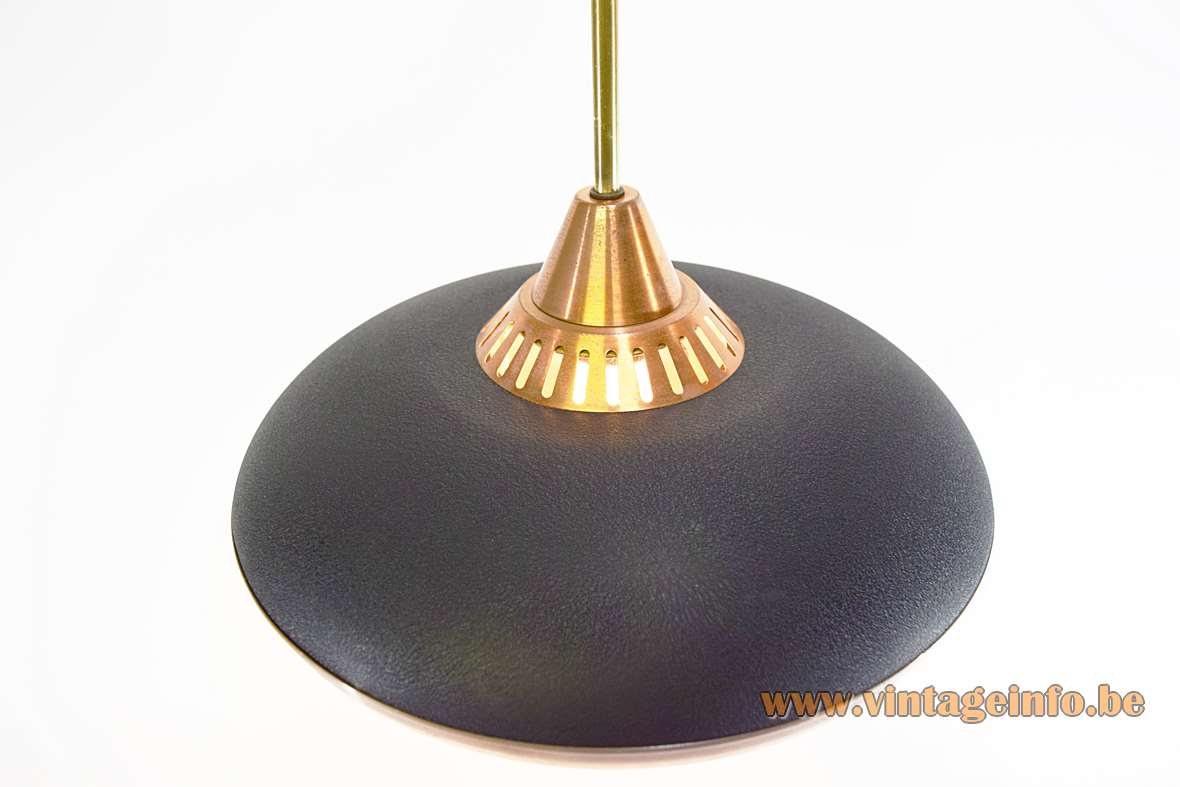 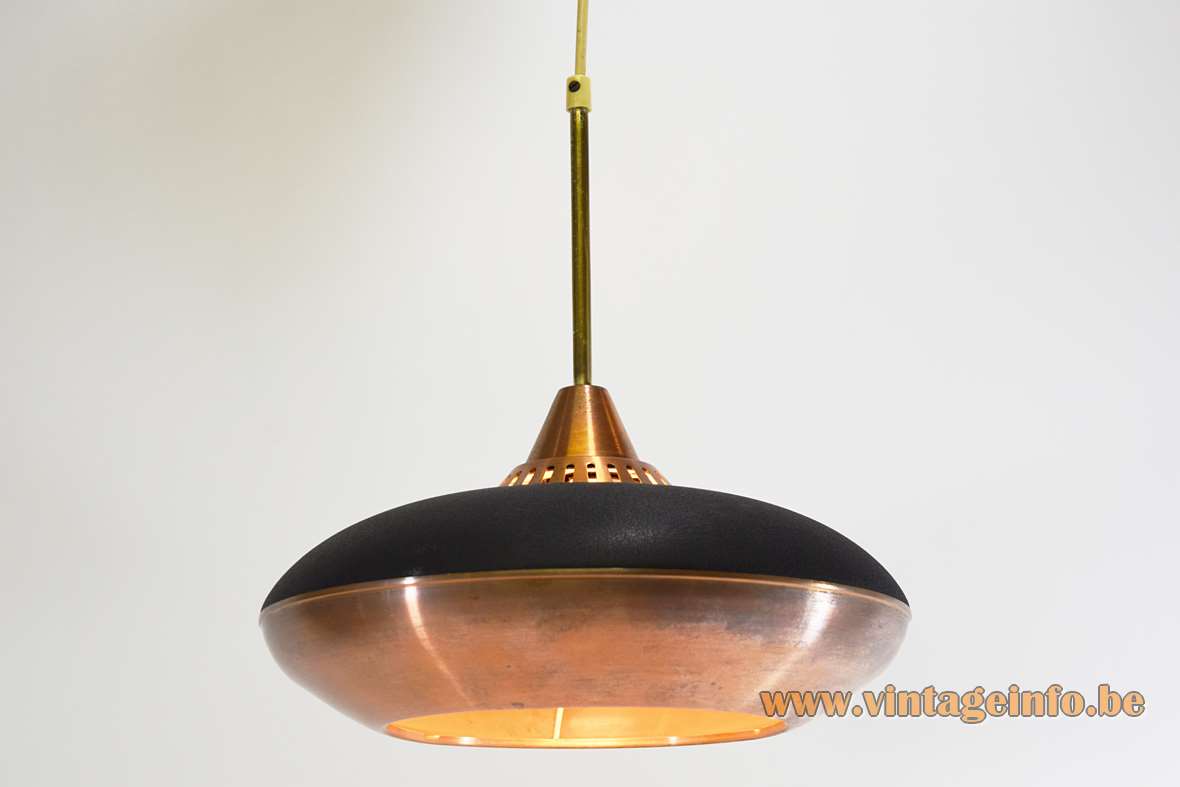 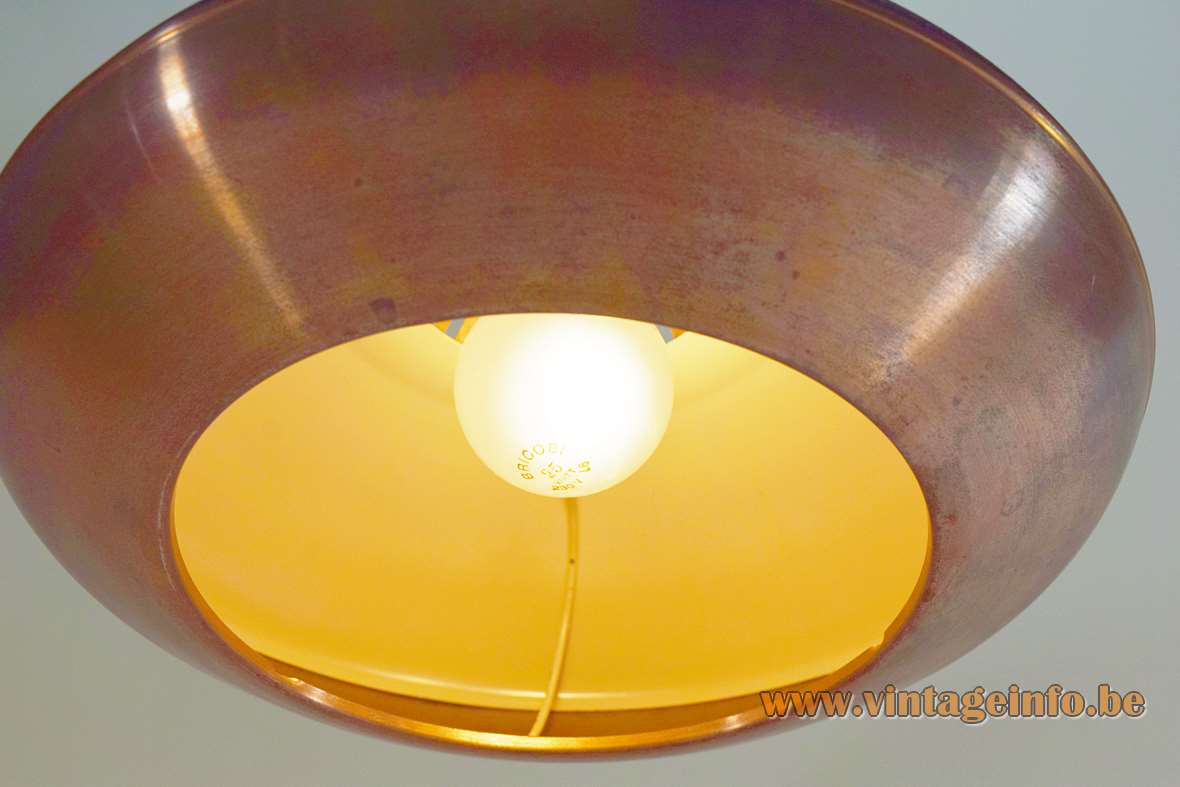 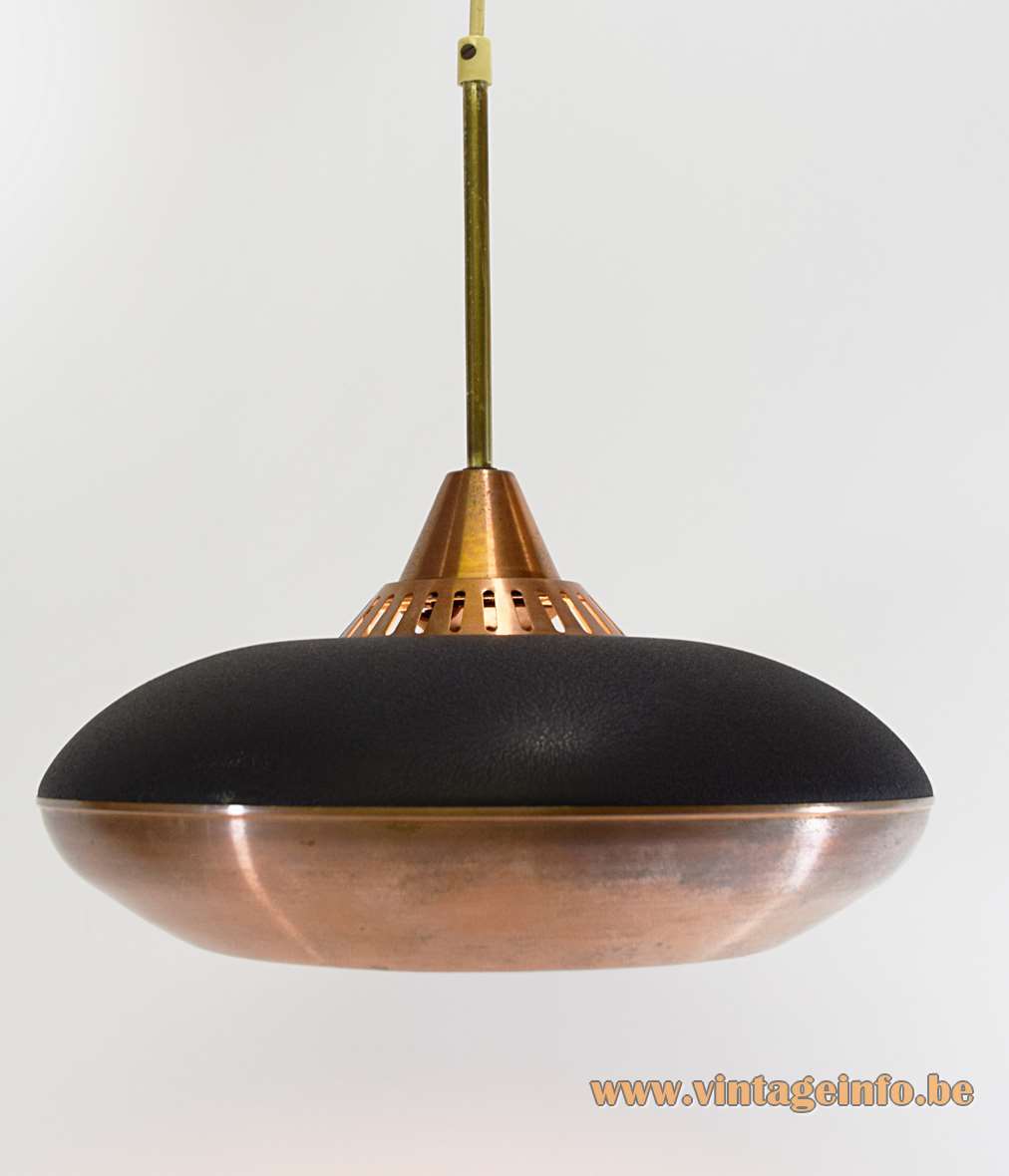 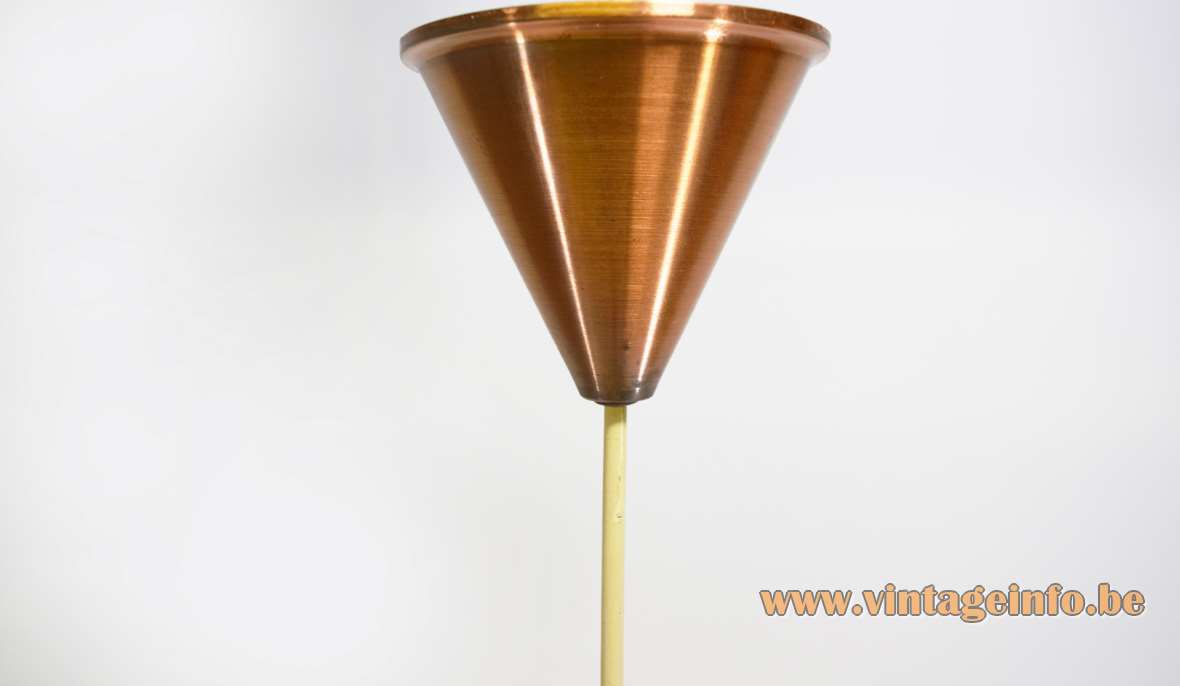 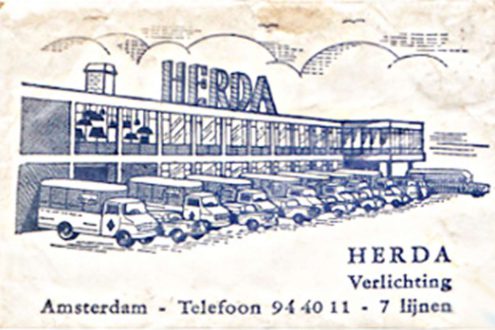 Other versions: This 1960s copper wrinkle paint pendant lamp was made in some variations. It was also made with a conical wooden top and with a round plastic slats diffuser below. The canopy of this lamp was used for many other lamps by Herda.

This lamp has a socket from the Dutch company Corodex from Zandvoort, a small town in the Netherlands. Corodex was founded in the late 1930s. The company was acquired in 2009 by Hateha B.V.

Zandvoort is famous for the country’s most important automobile racing circuit, Circuit Park Zandvoort. From 1955 until 1985 it was a Formule 1 race track. In 2019 a contract was signed for new Formula 1 races starting in 2020.

Inside the lamp is a paper label present with 1136 printed on it. In all probability the model of the lamp. 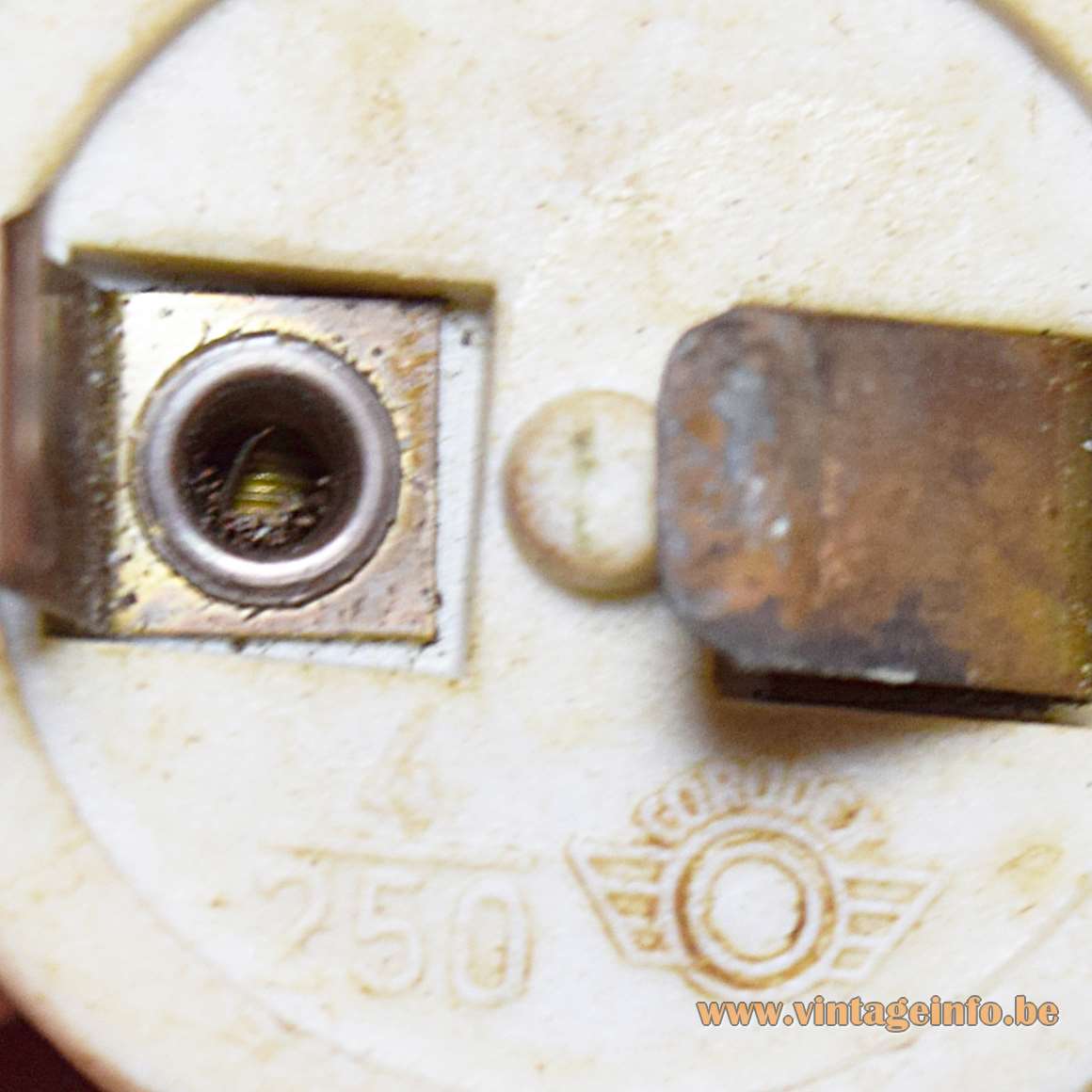 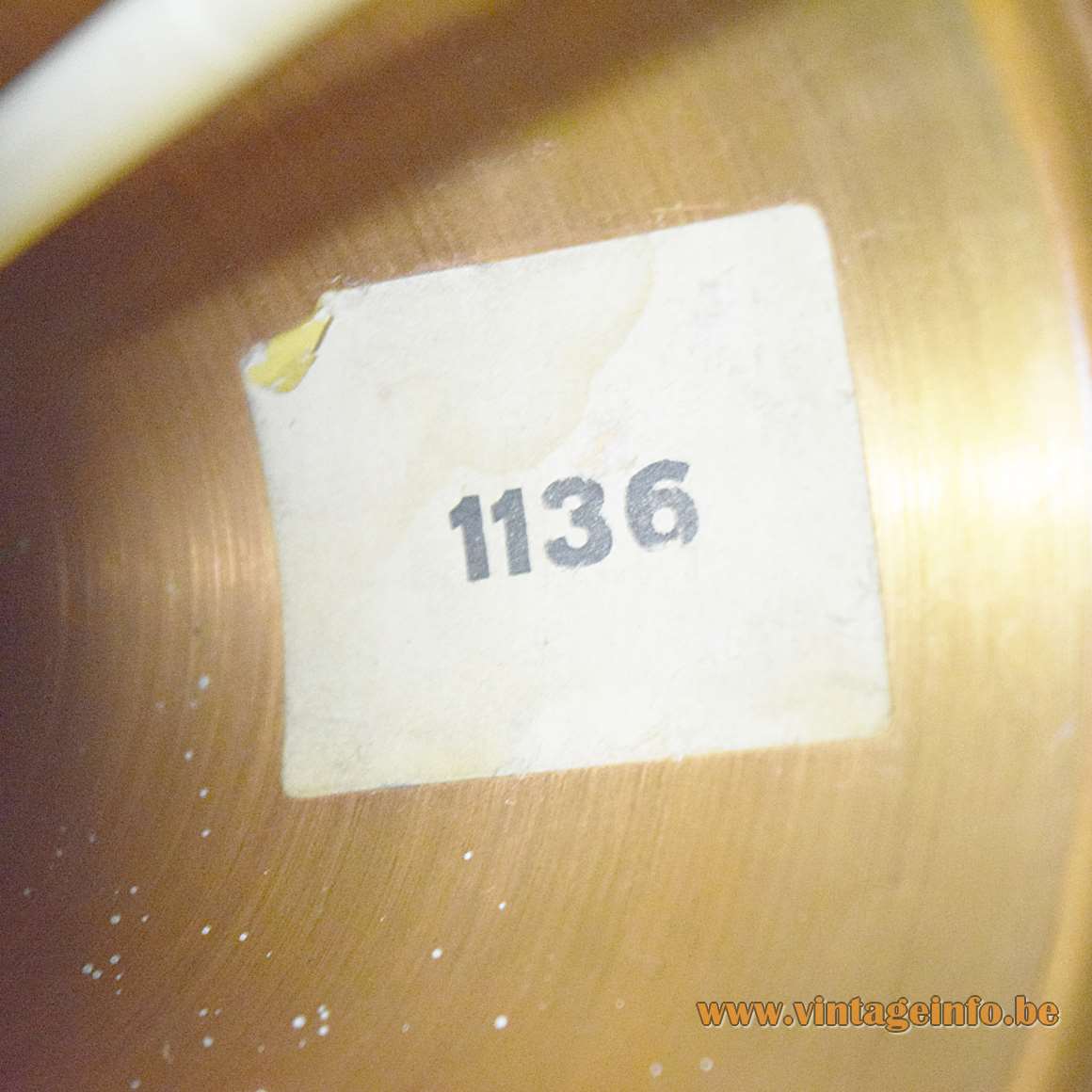