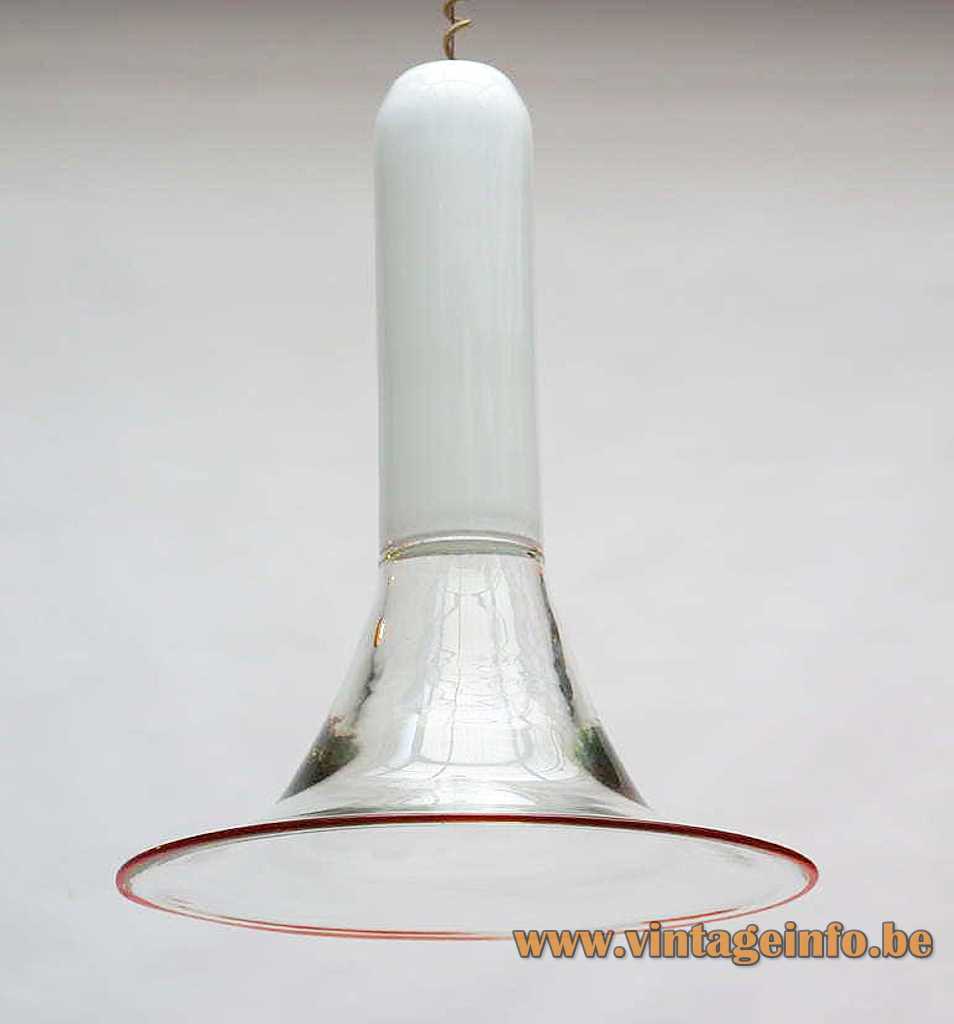 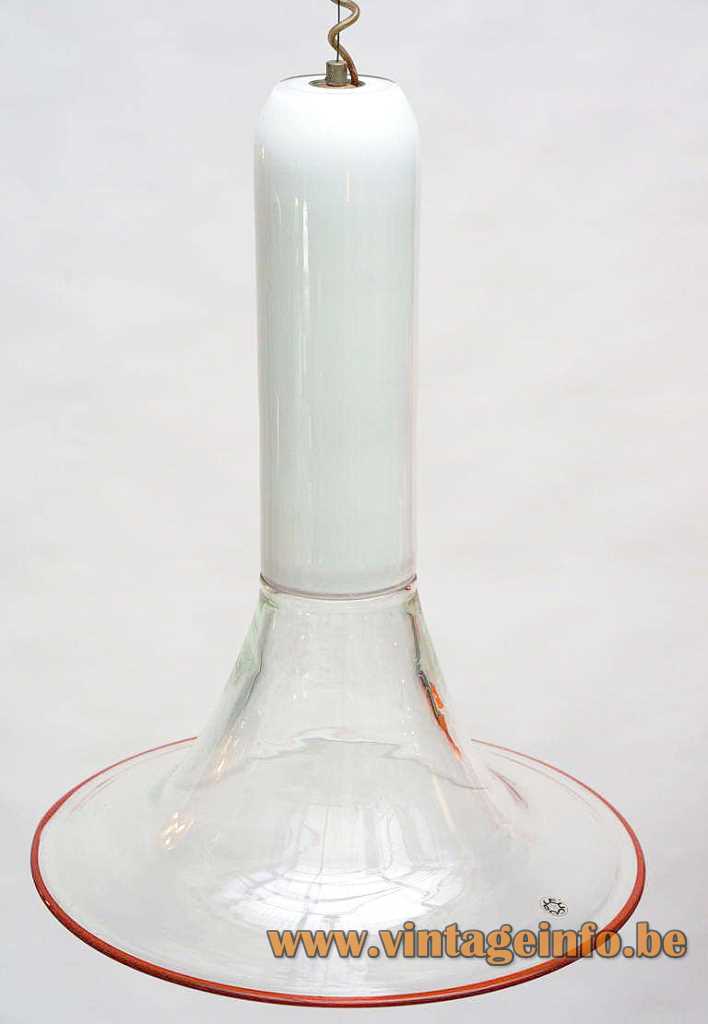 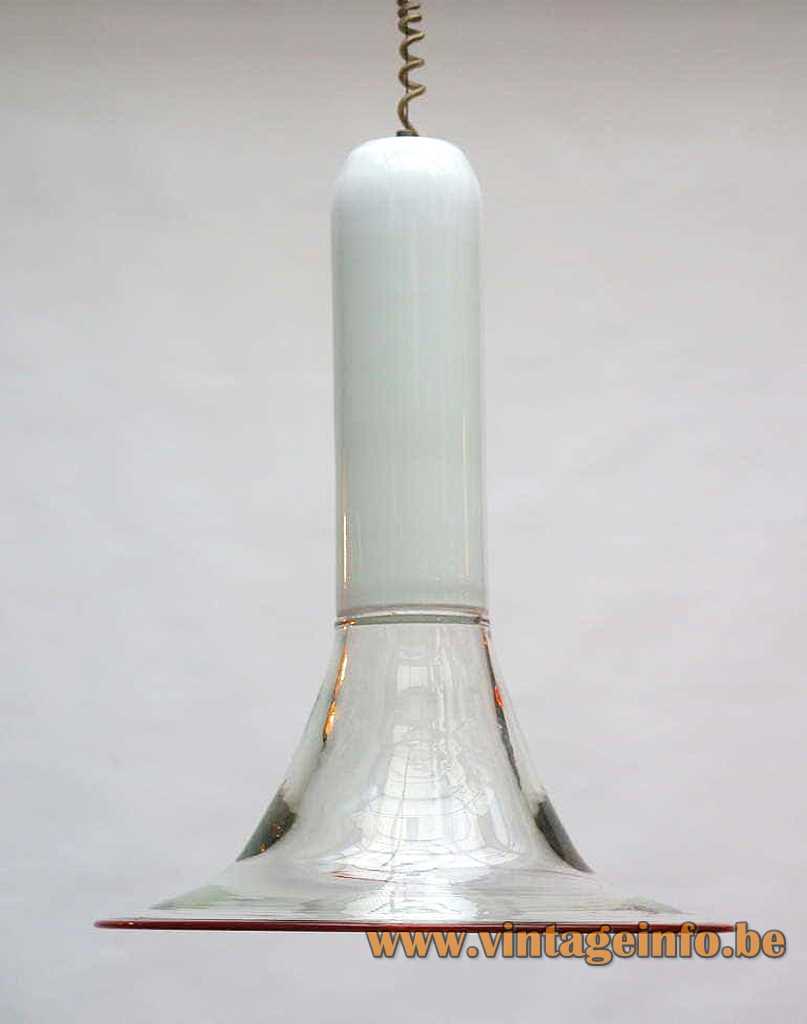 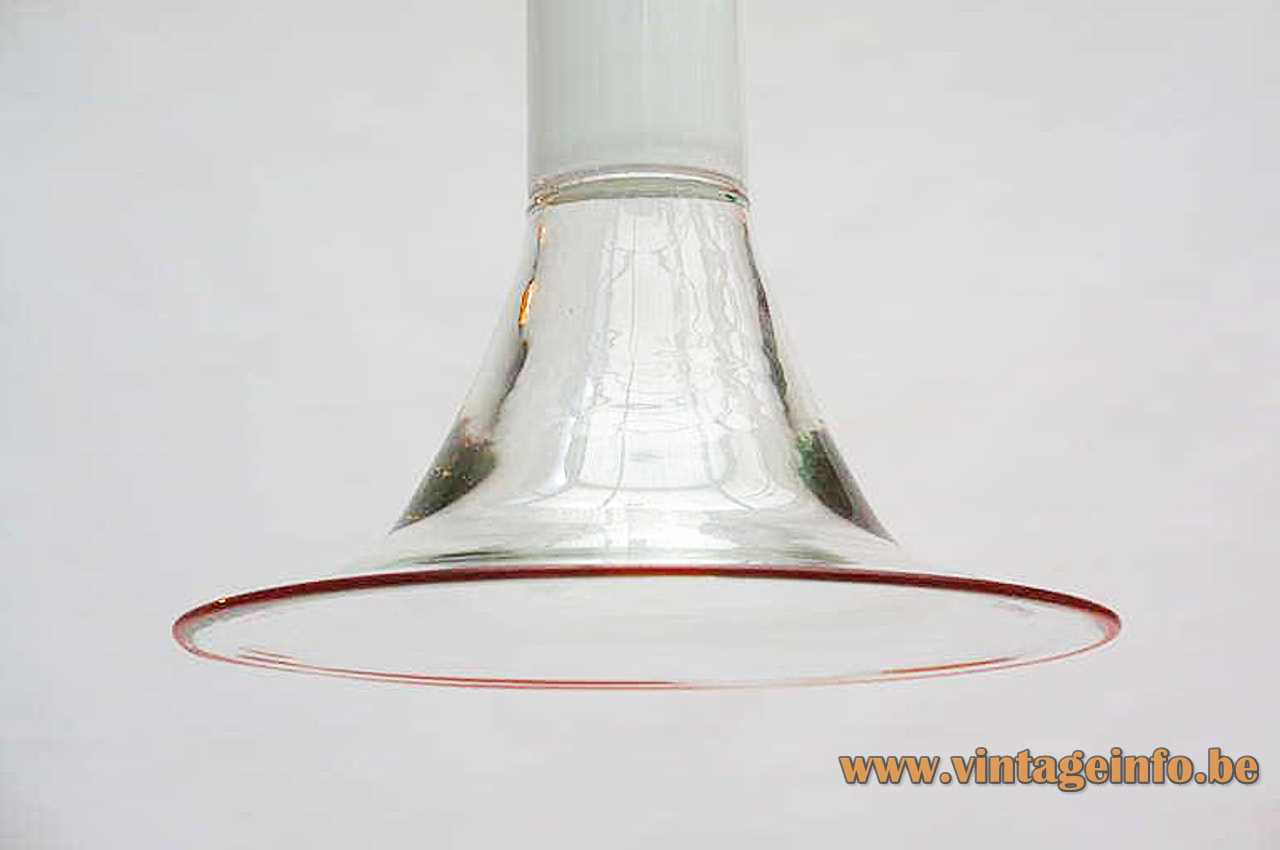 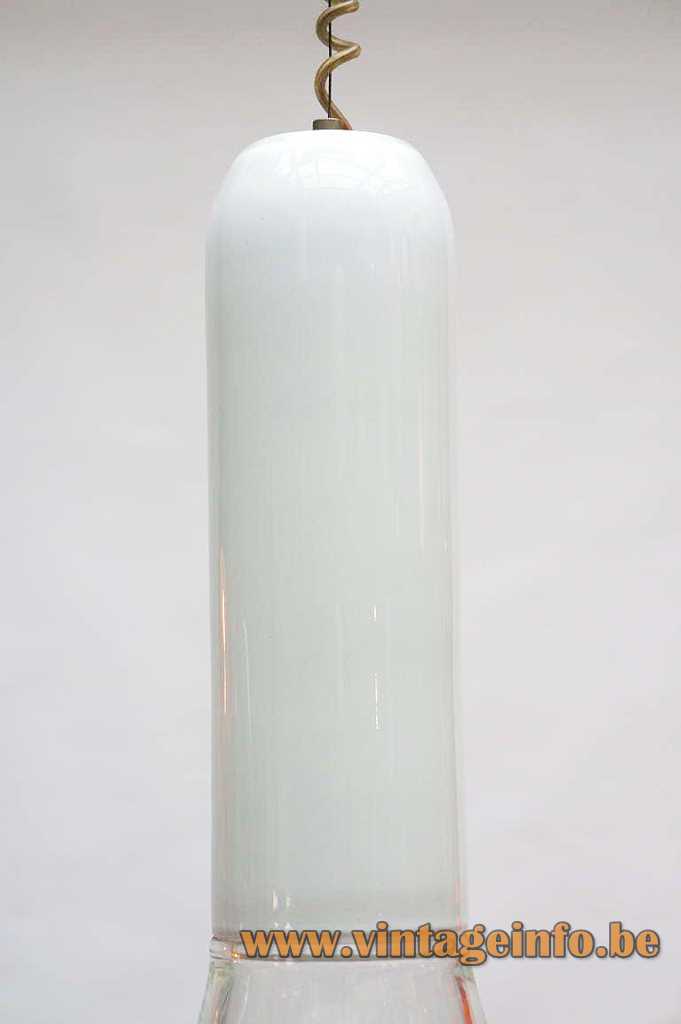 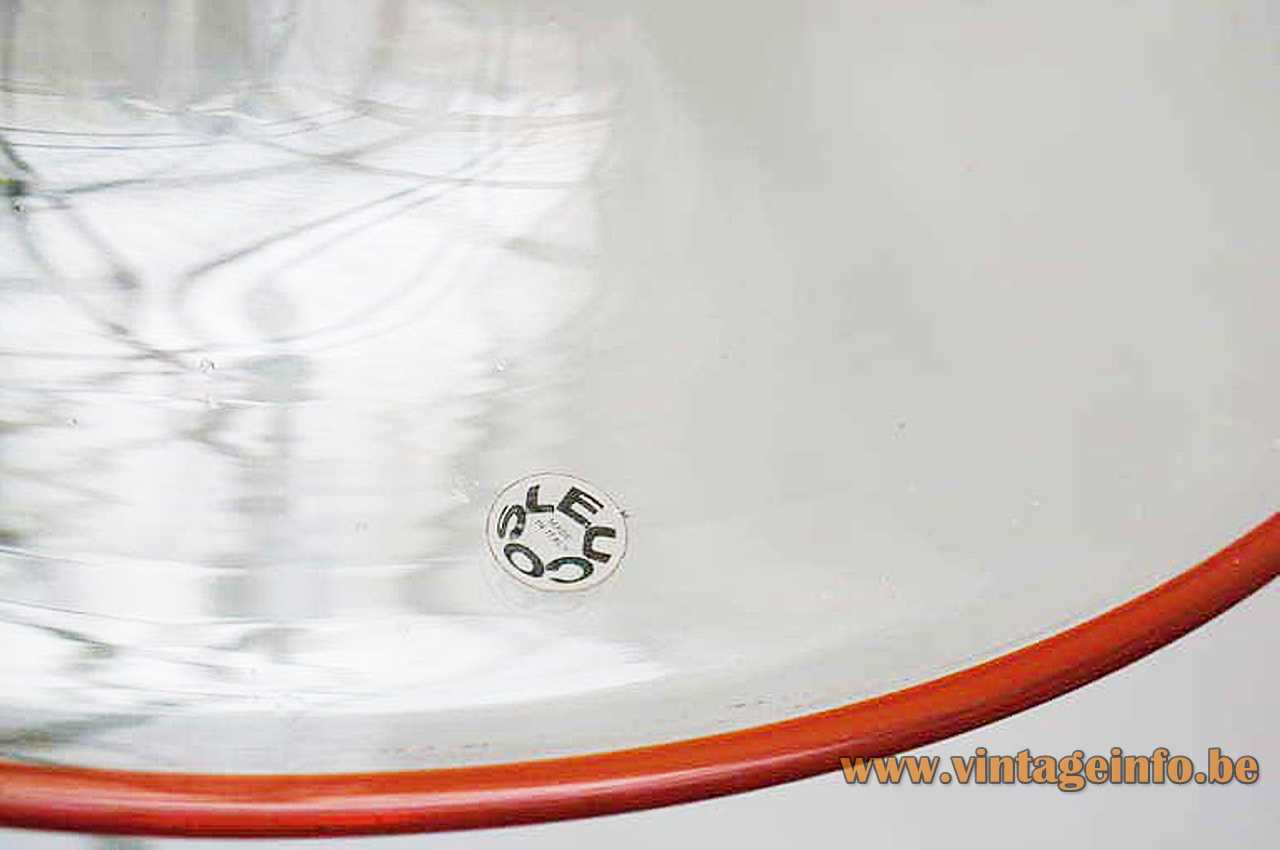 The Samanta pendant lamp was designed by Roberto Pamio in 1971. It was in production until the 1980s.

A comparable lamp was produced by Barbini, with a bubble glas tube on top and without the red rim.

Roberto Pamio, born1937, graduated from the Faculty of Architecture of Venice, works at an international level in the field of architectural planning and design. He studied under the guidance of professors such as: Carlo Scarpa, Giuseppe Samonà, Ignazio Gardella, Giancarlo De Carlo and Bruno Zevi.