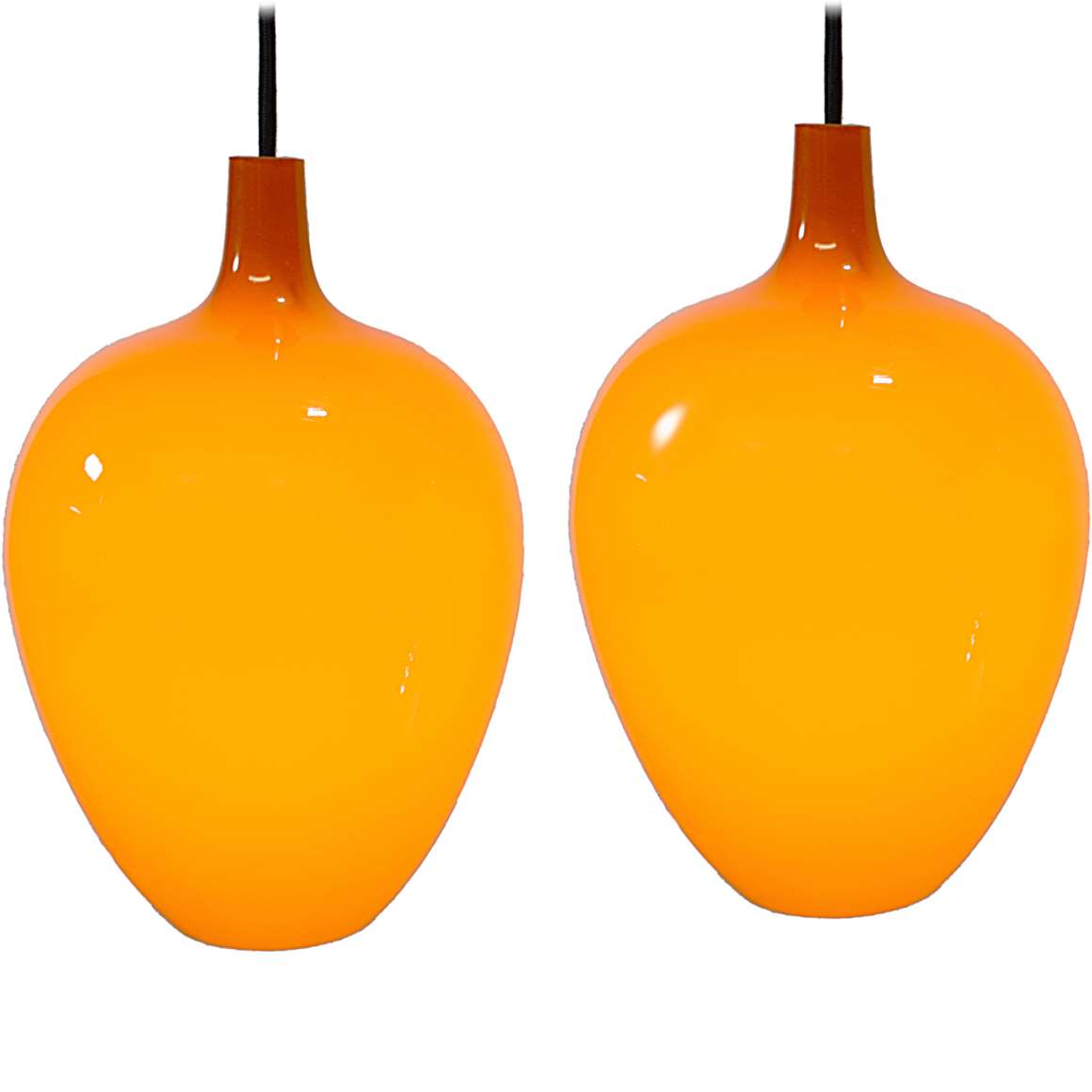 Materials: Hand blown crystal glass lampshade. White on the inside, clear olive green on the outside (incamiciato). Some metal parts. Bakelite E27 socket.

Other versions: This Fog & Mørup Pompei pendant lamp was made in many colours, but only in one size. Often named Pompeii lamp. Named after the ancient Roman city near Napels, Italy.

This Fog & Morup Pompei pendant lamp was designed by Jo Hammerborg in 1963 for Fog & Mørup. Kastrup, another Danish company, produced the glass for these lamps. After 1965 the company became part of Holmegaard.

More info on the website of Jo Hammerborg: www.johammerborg.com – offline and domain name for sale (2018)