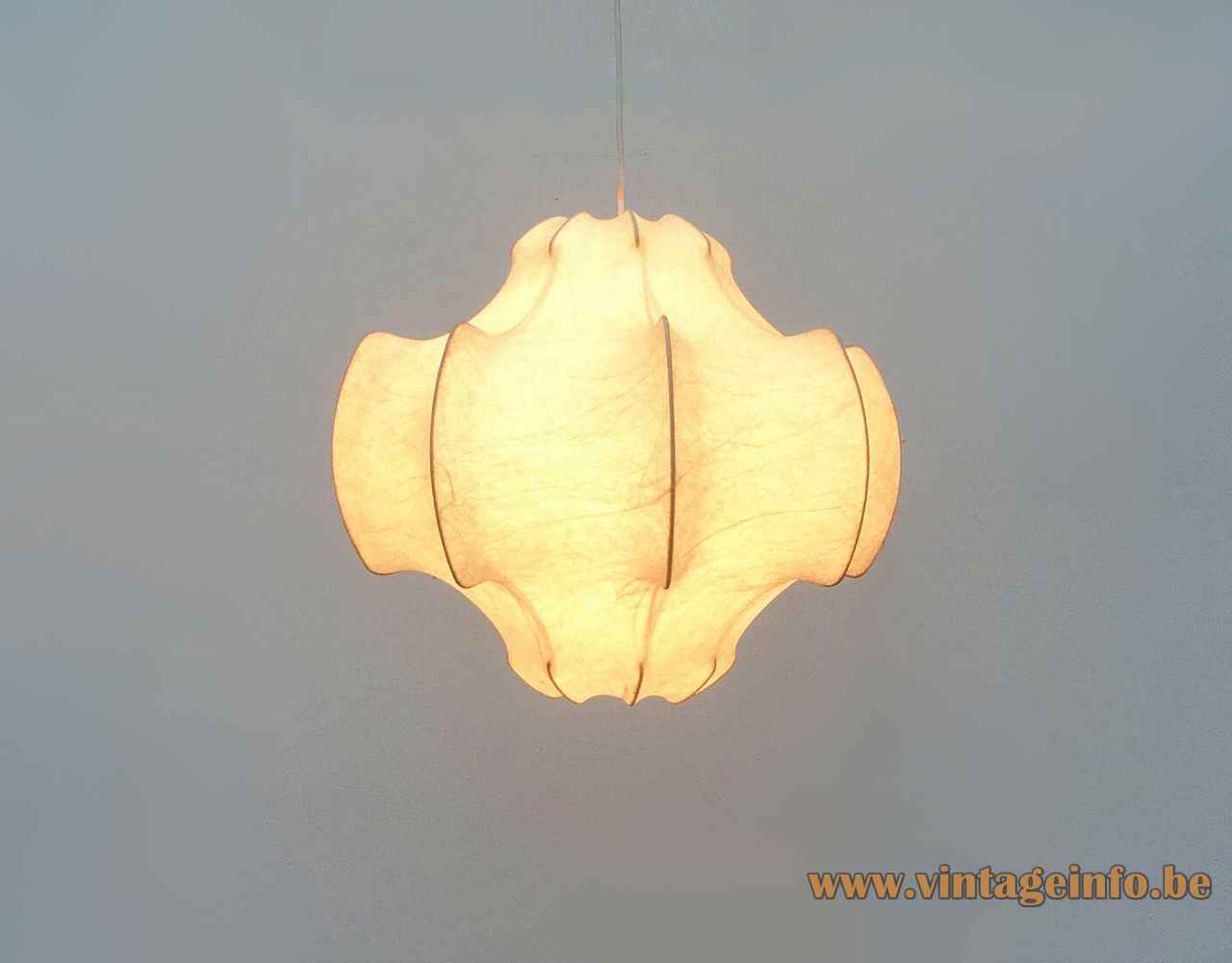 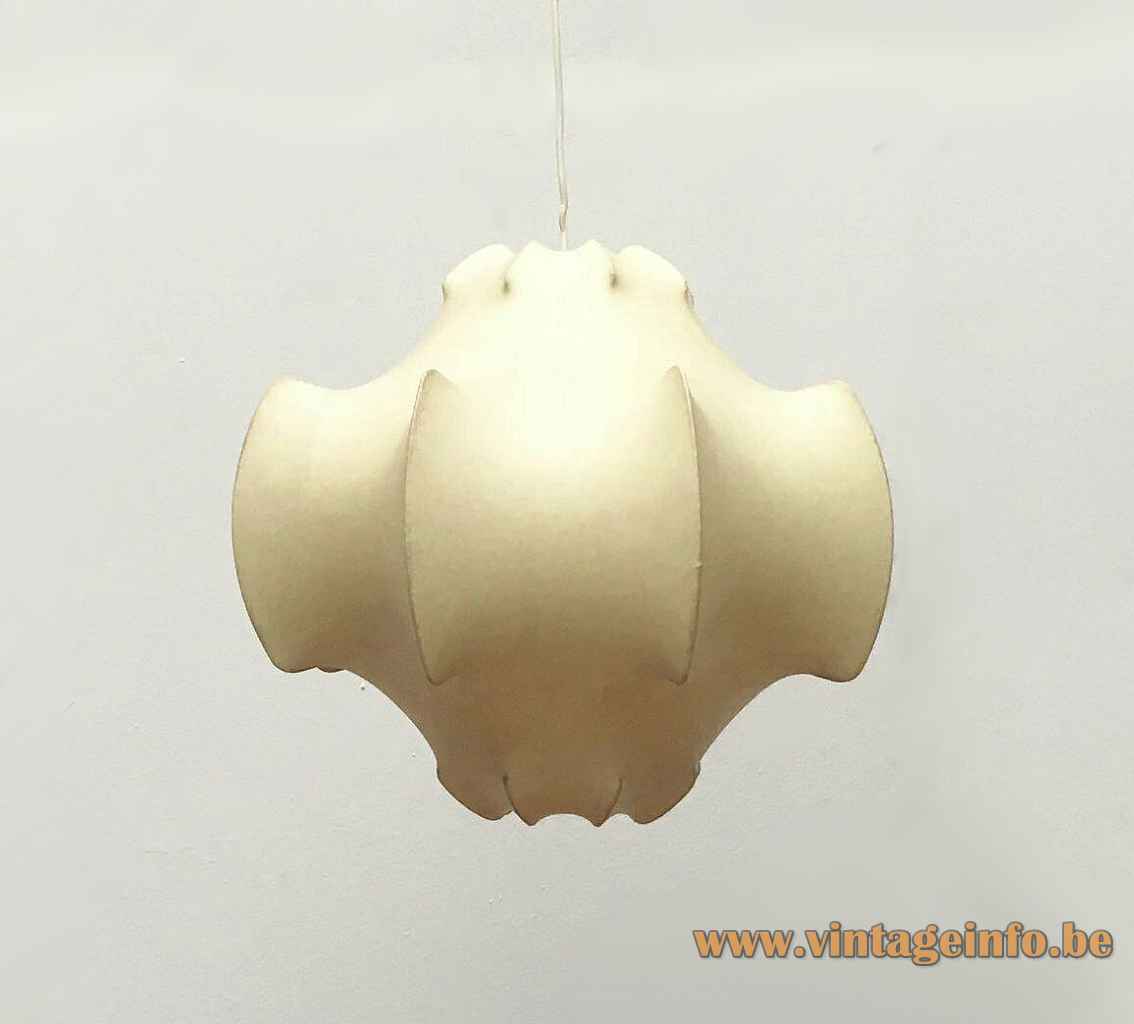 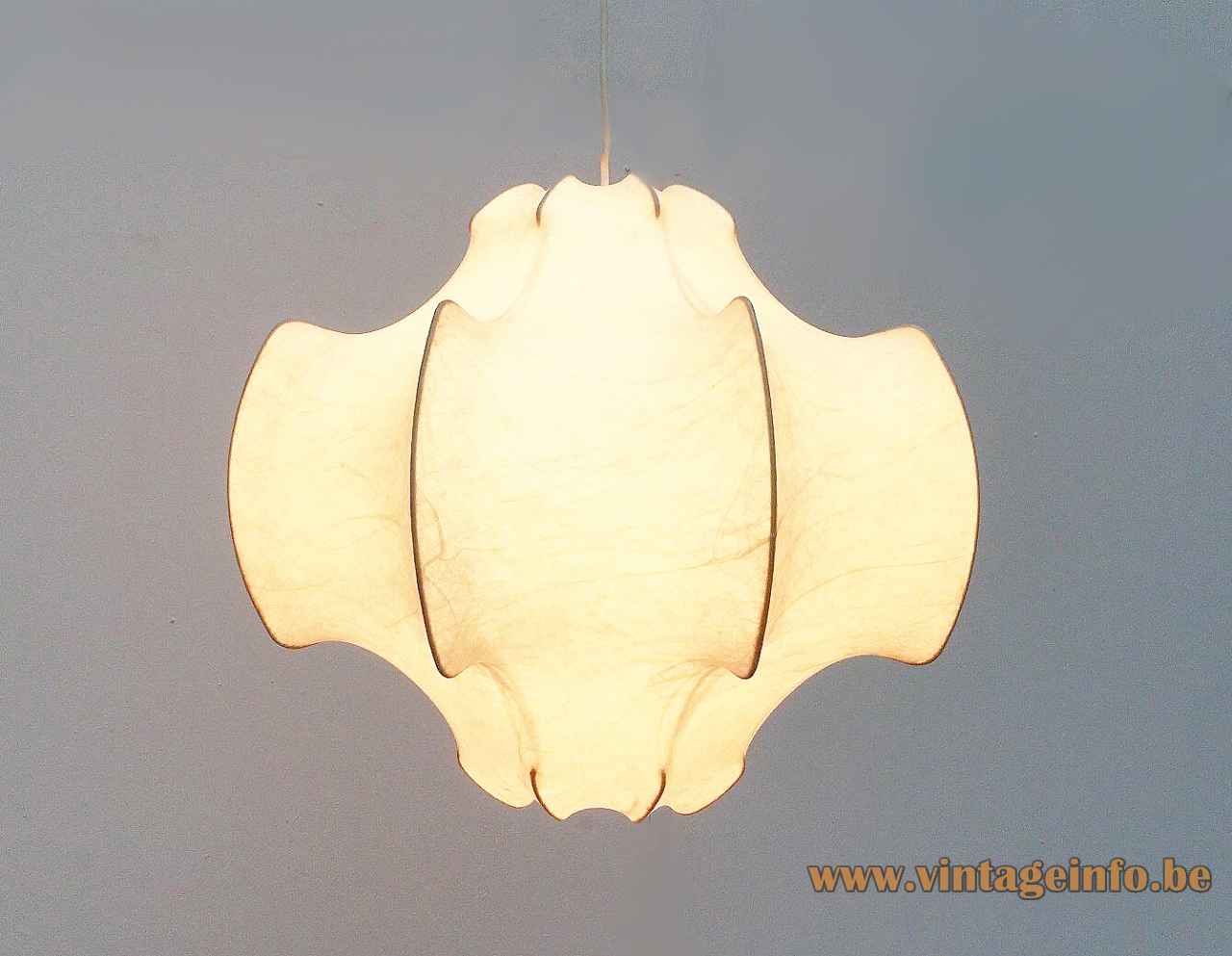 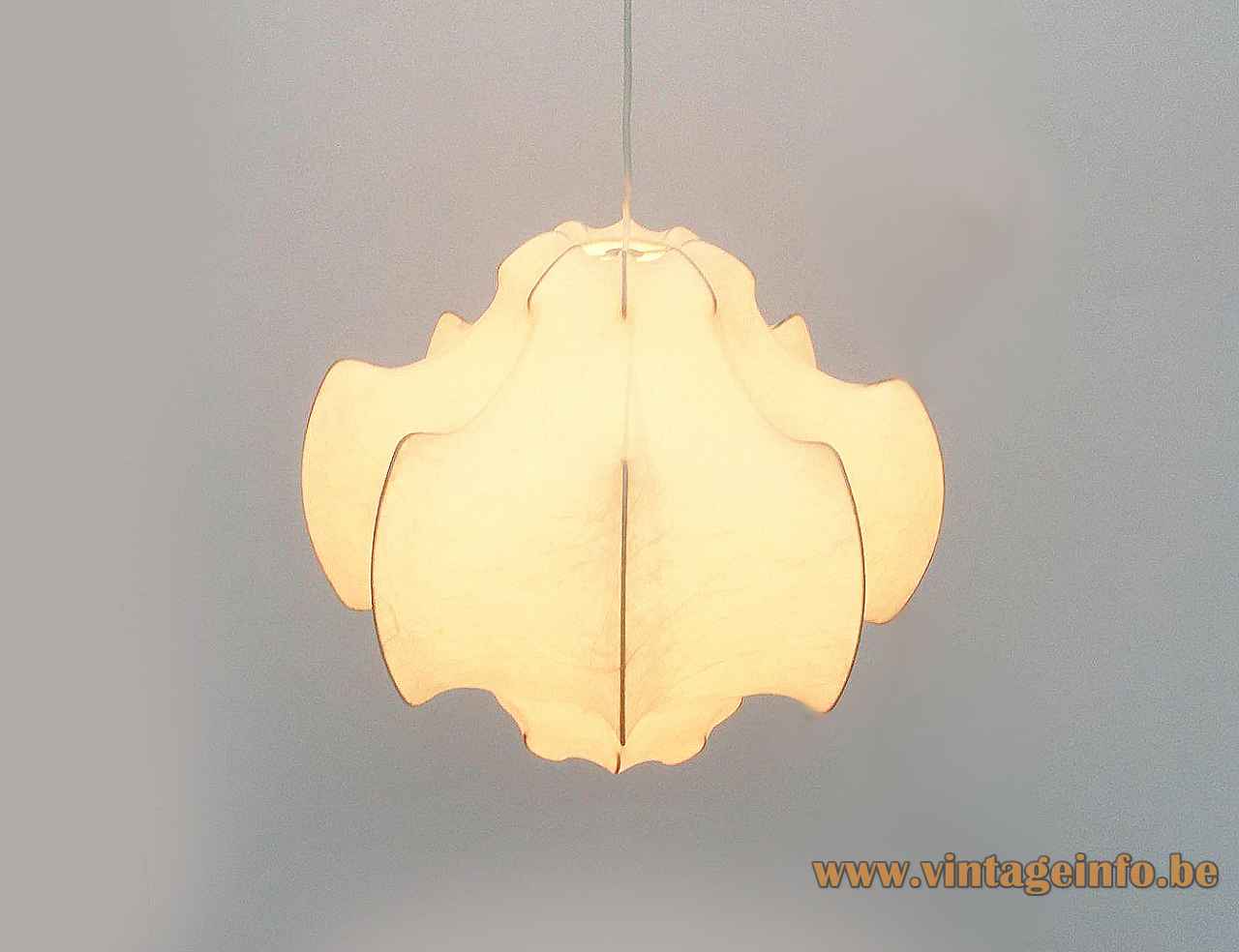 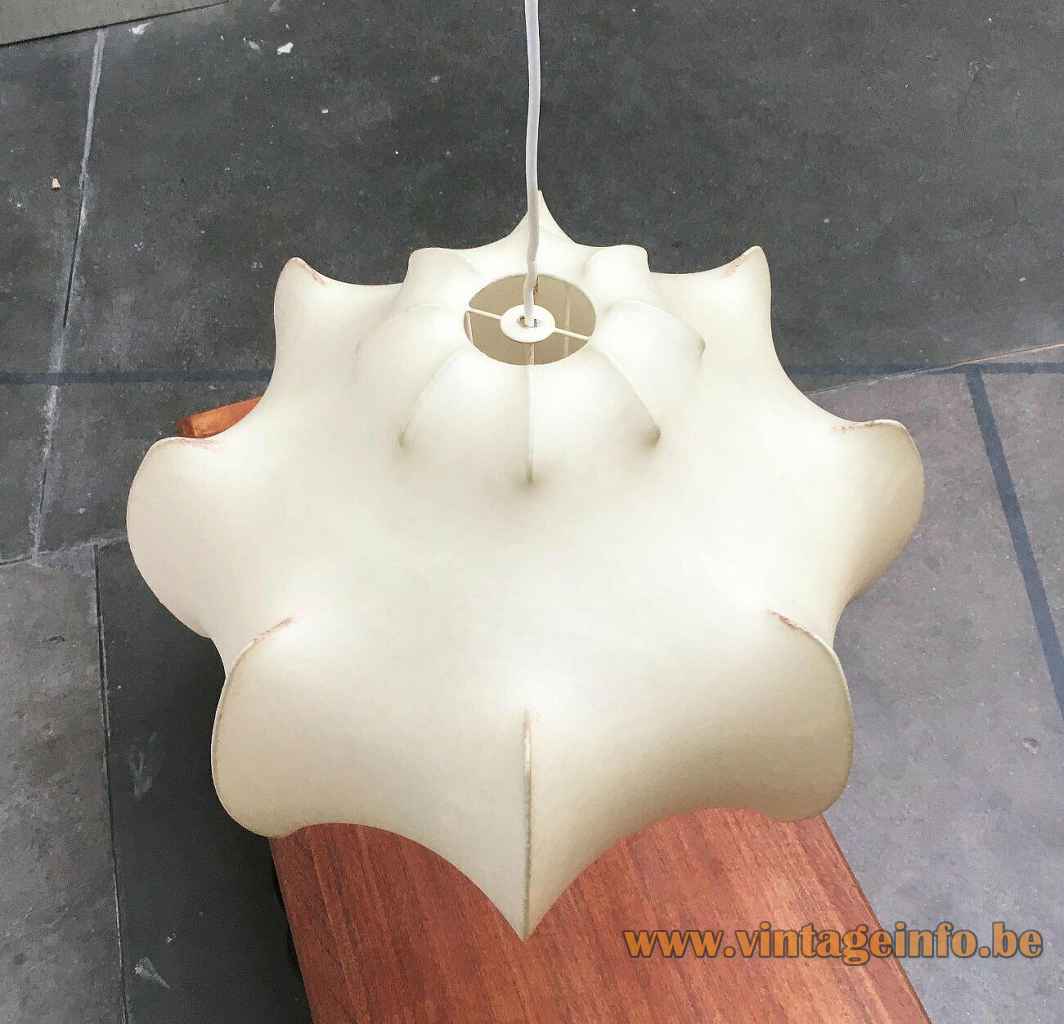 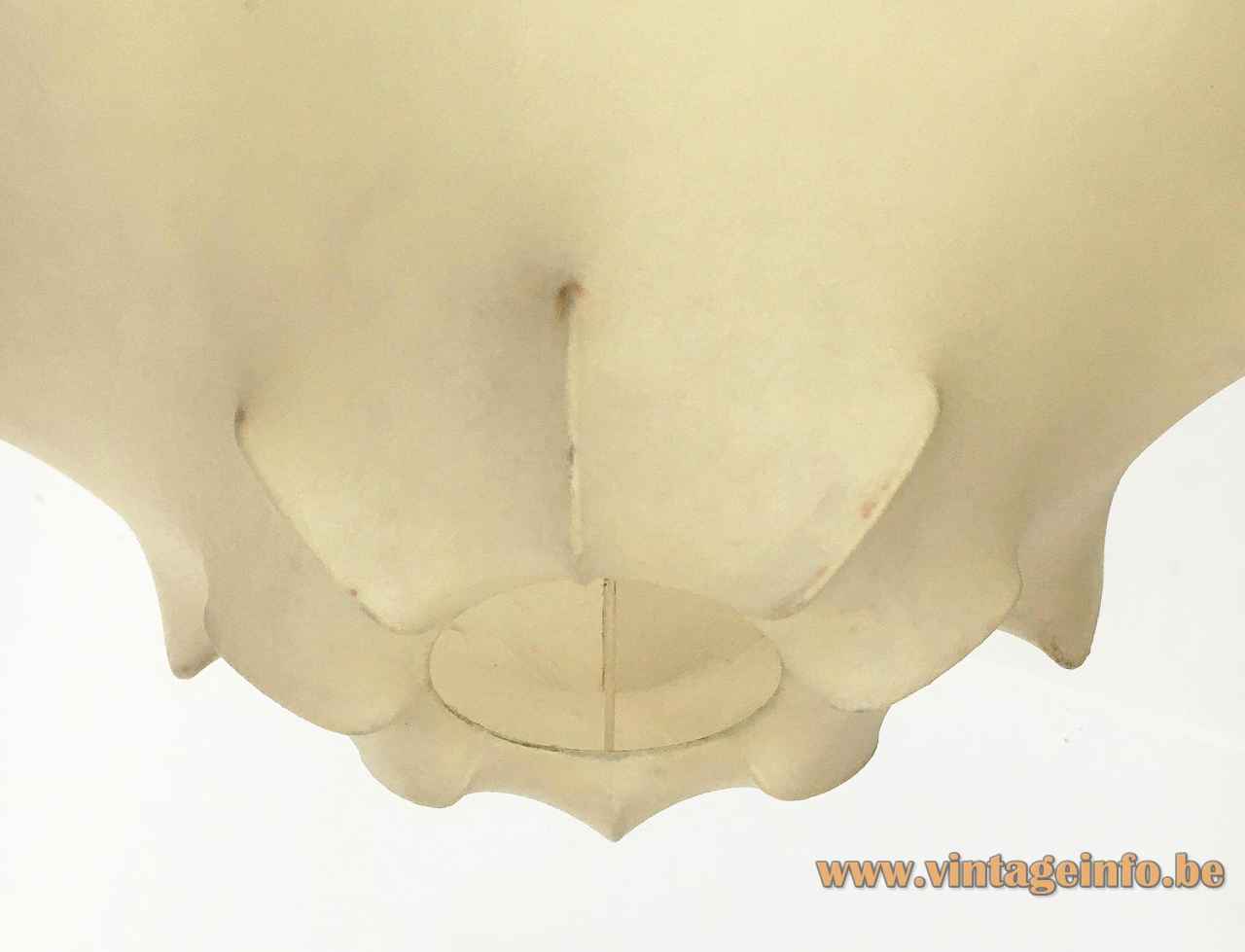 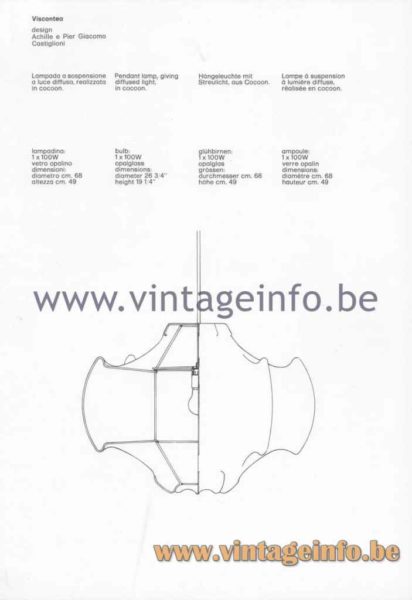 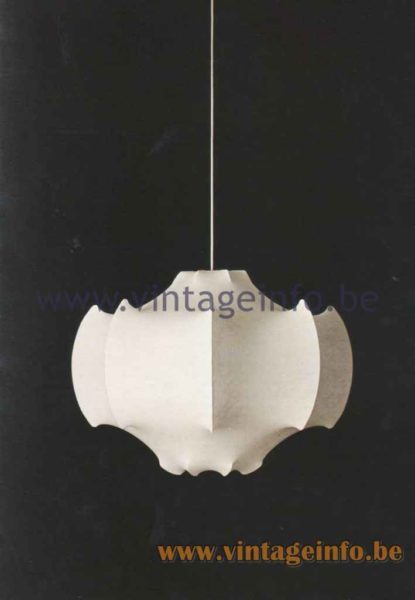 A FLOS Taraxacum cocoon pendant lamp, designed in the same year by the two Castigilioni brothers was used as a prop in the 2019 Italian-French drama film Lo Spietato (The Ruthless). Starring Riccardo Scamarcio, Sara Serraiocco and Alessio Praticò. Many other beautiful lamp appear in this movie.

How these lamps are made by Eisenkeil for FLOS

Other versions: The FLOS Viscontea cocoon pendant lamp was only made in 1 versions. Other cocoon lamps have different names.

In the German book “Lampen Und Leuchten, Ein Internationaler FormenQuerschnitt” (Lamps and lights, an international cross-section of shapes), written by Gerhard Krohn in 1962, page 145, is said that these lamp series were designed Friedel Wauer and produced by Goldkant Leuchten. But the Viscontea in the book is smaller, it is 45 cm / 17.71”. Friedel Wauer designed many cocoon lamps.