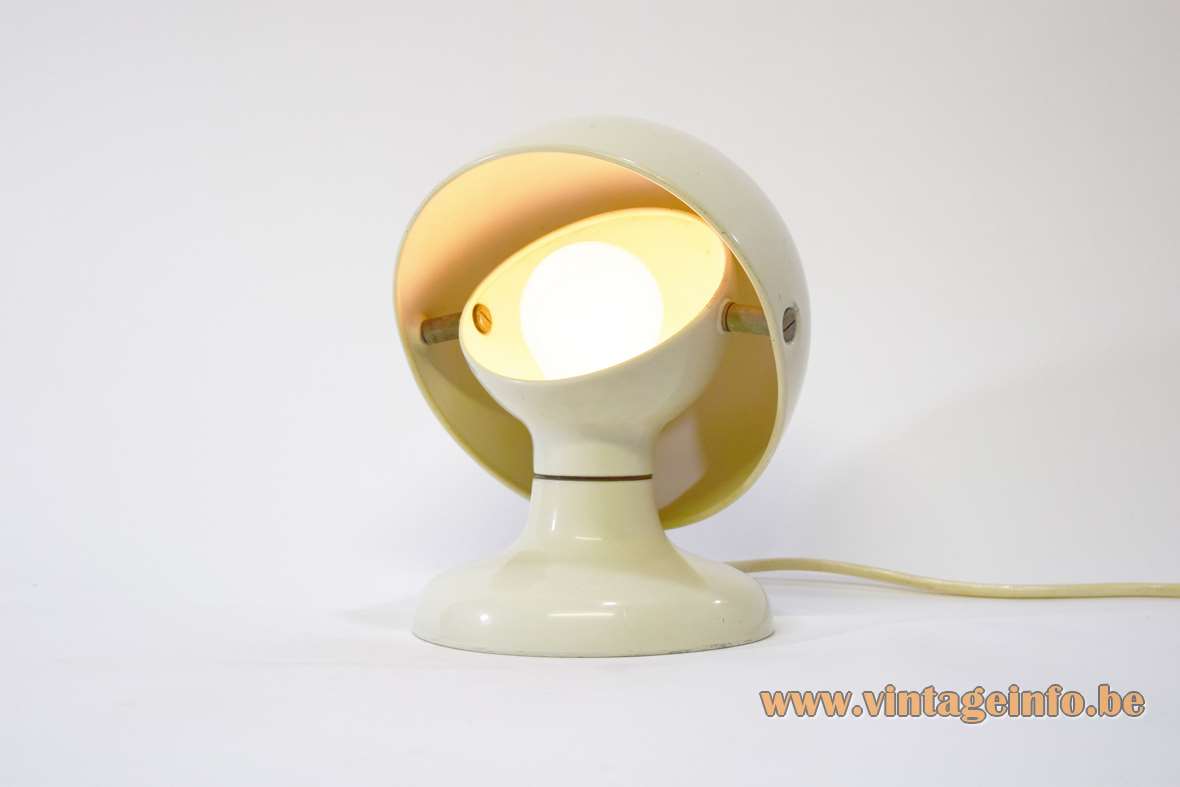 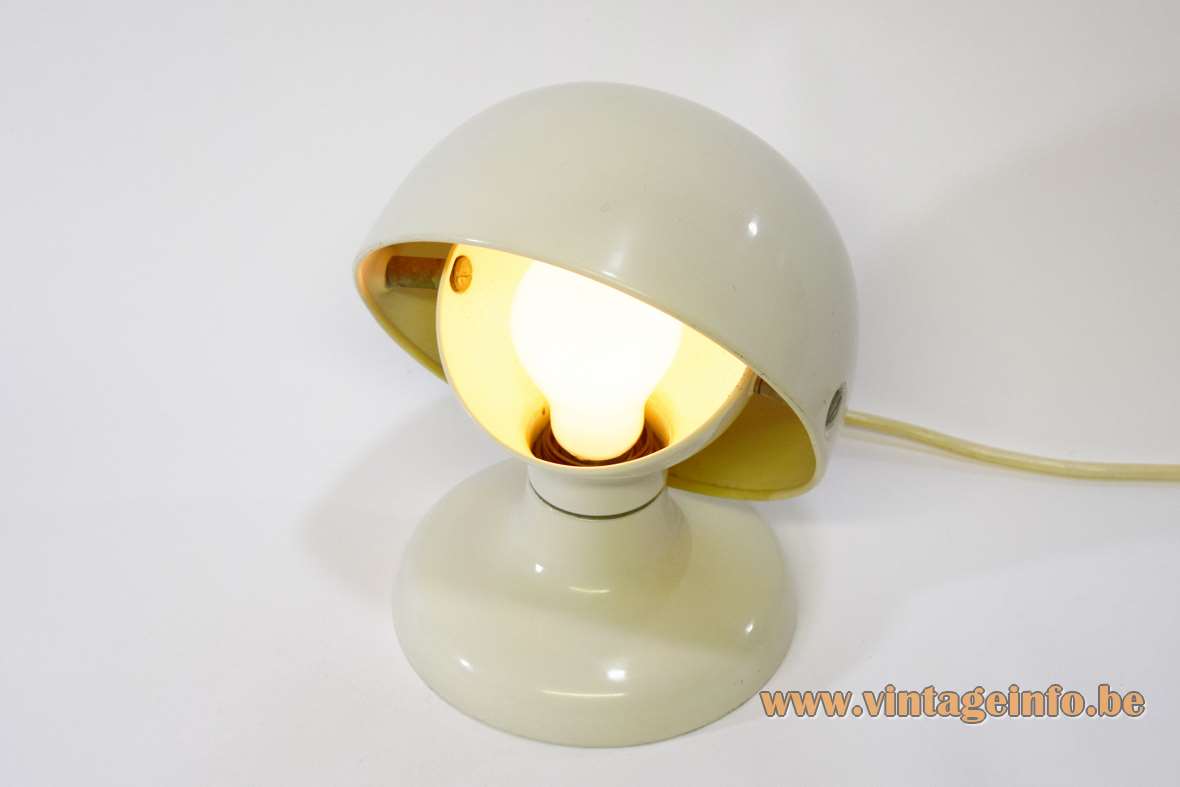 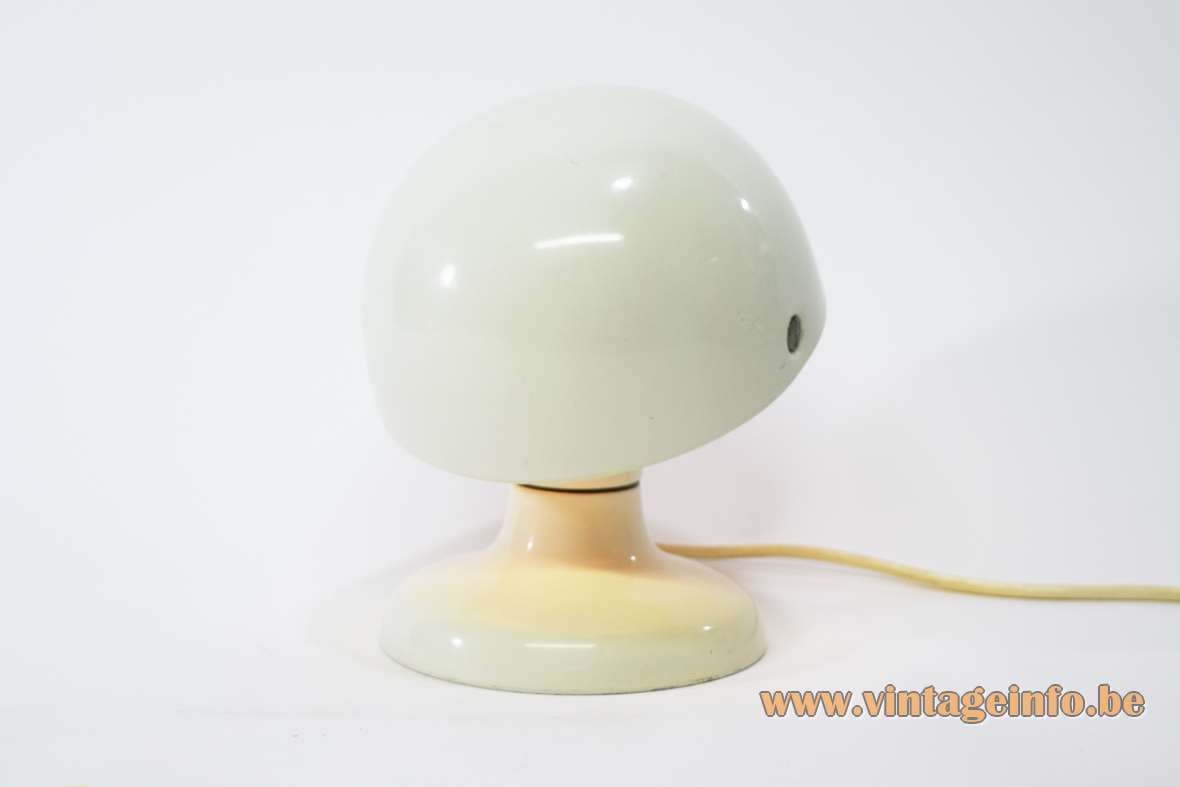 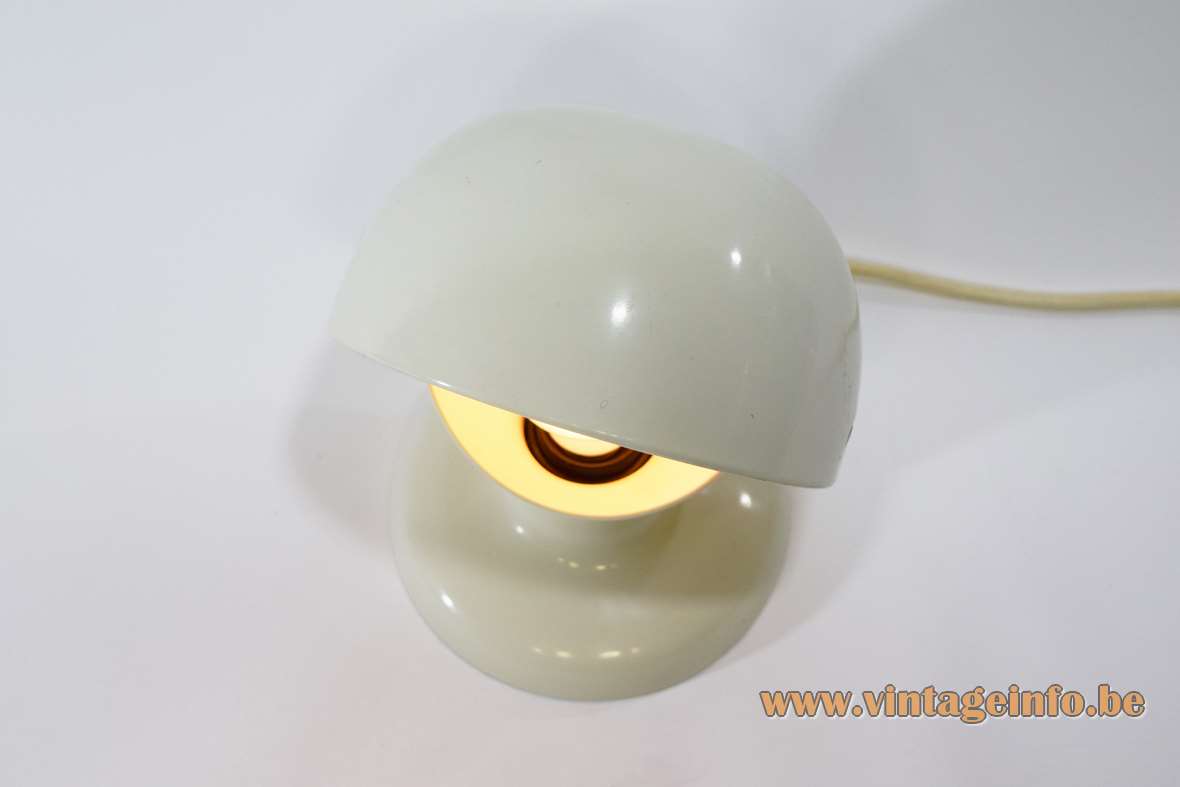 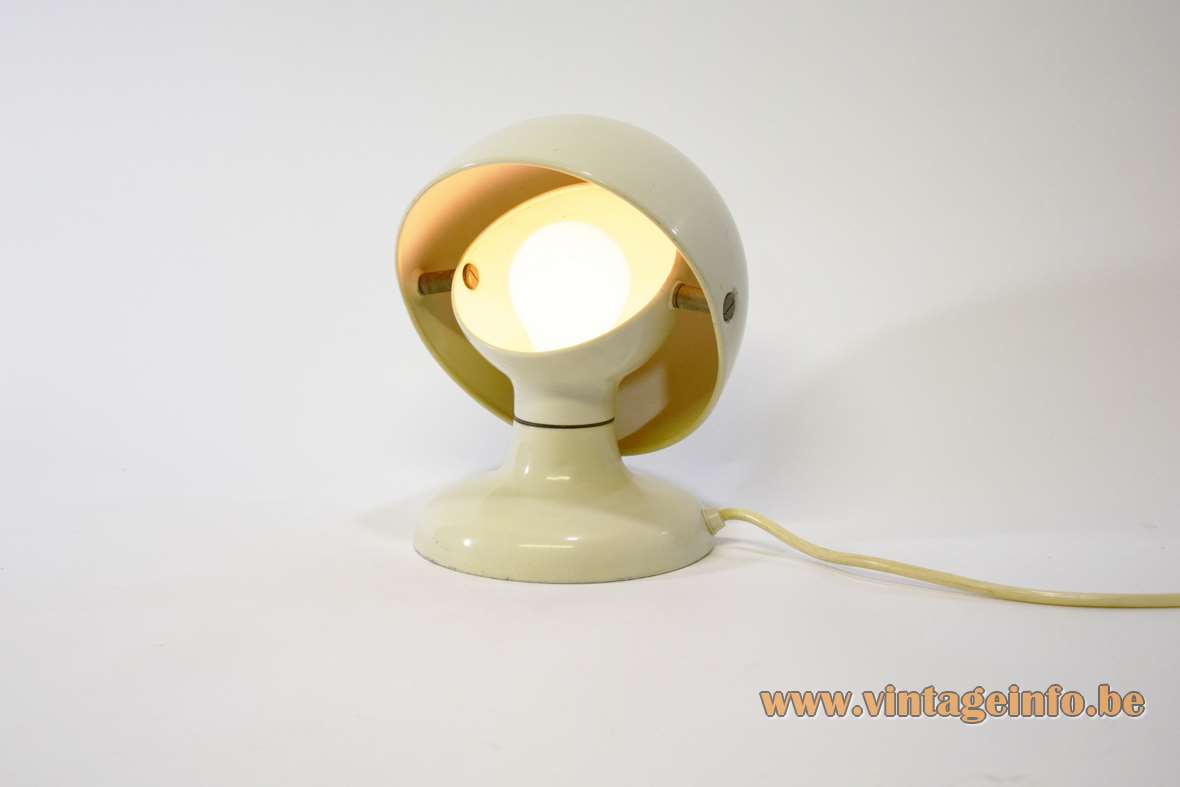 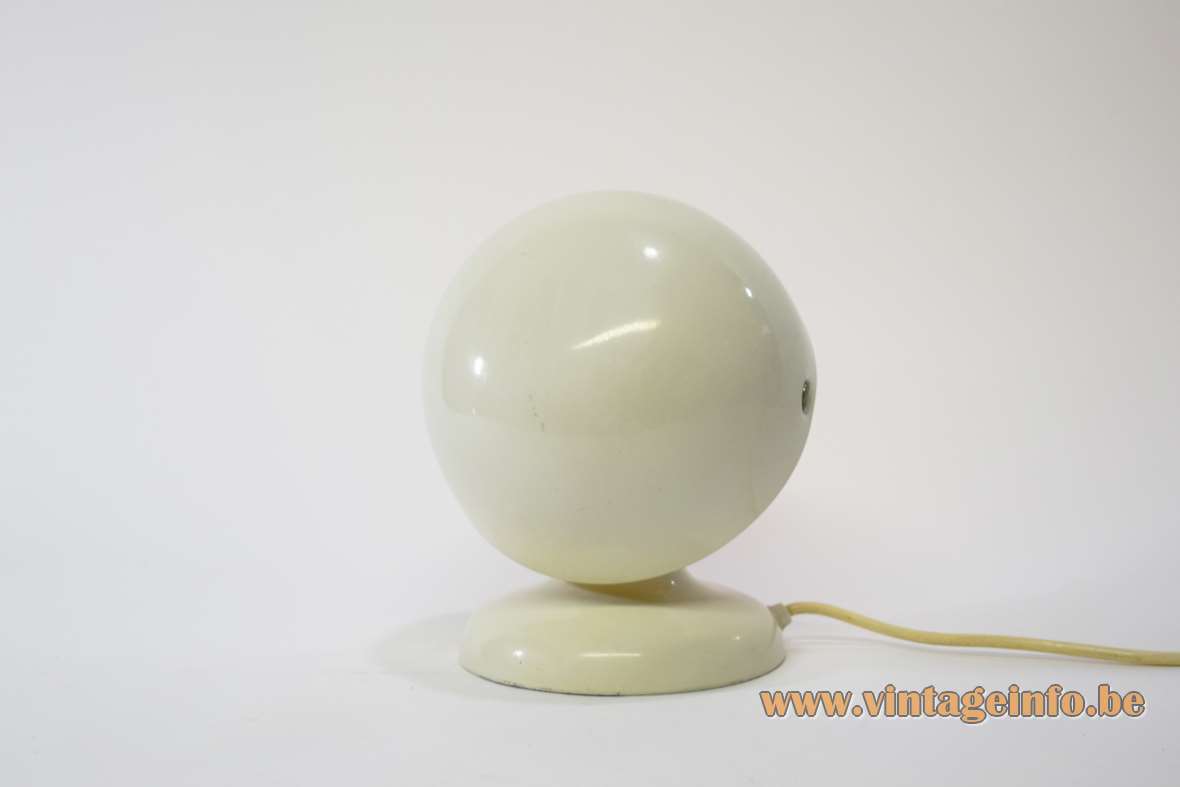 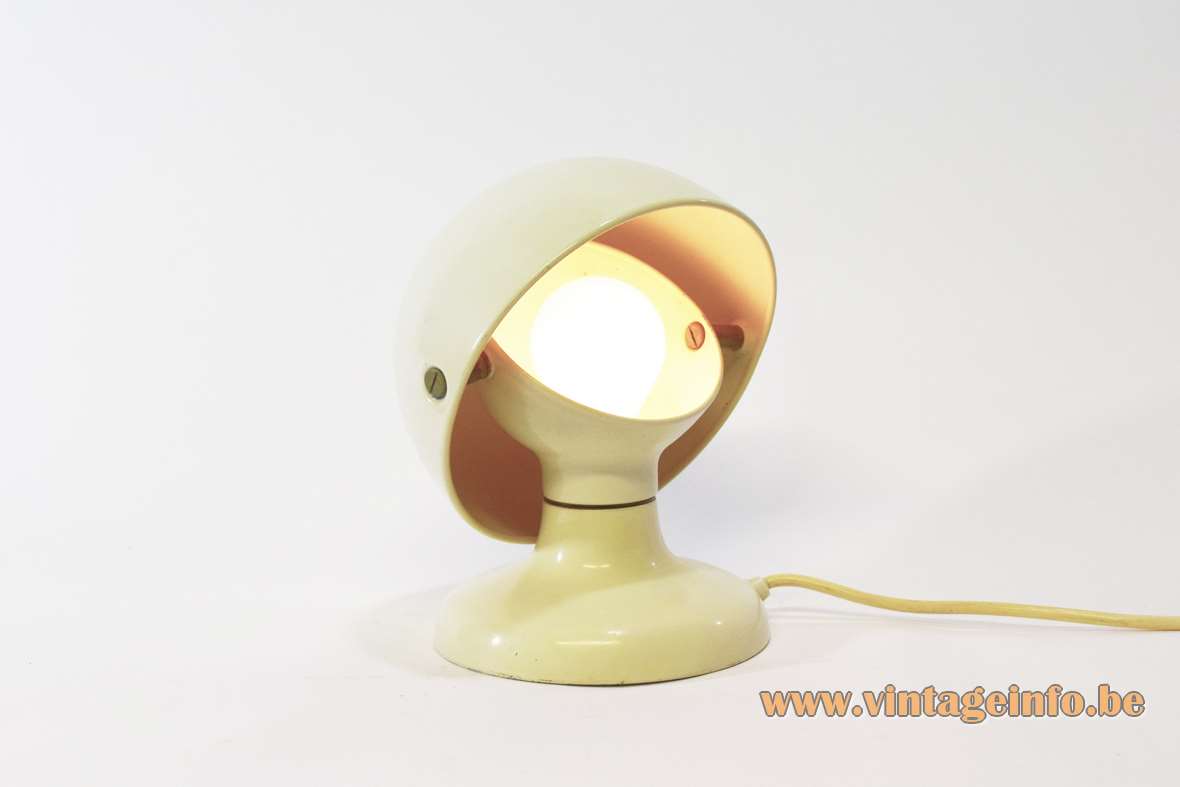 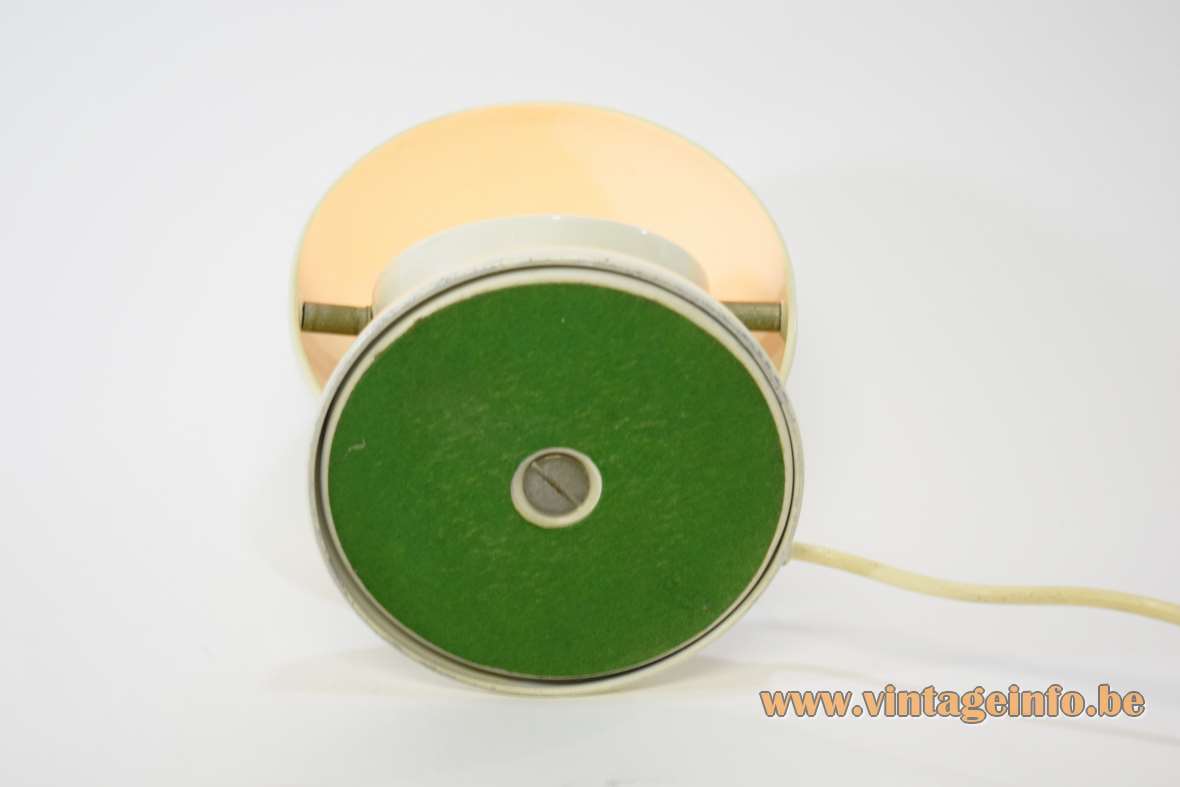 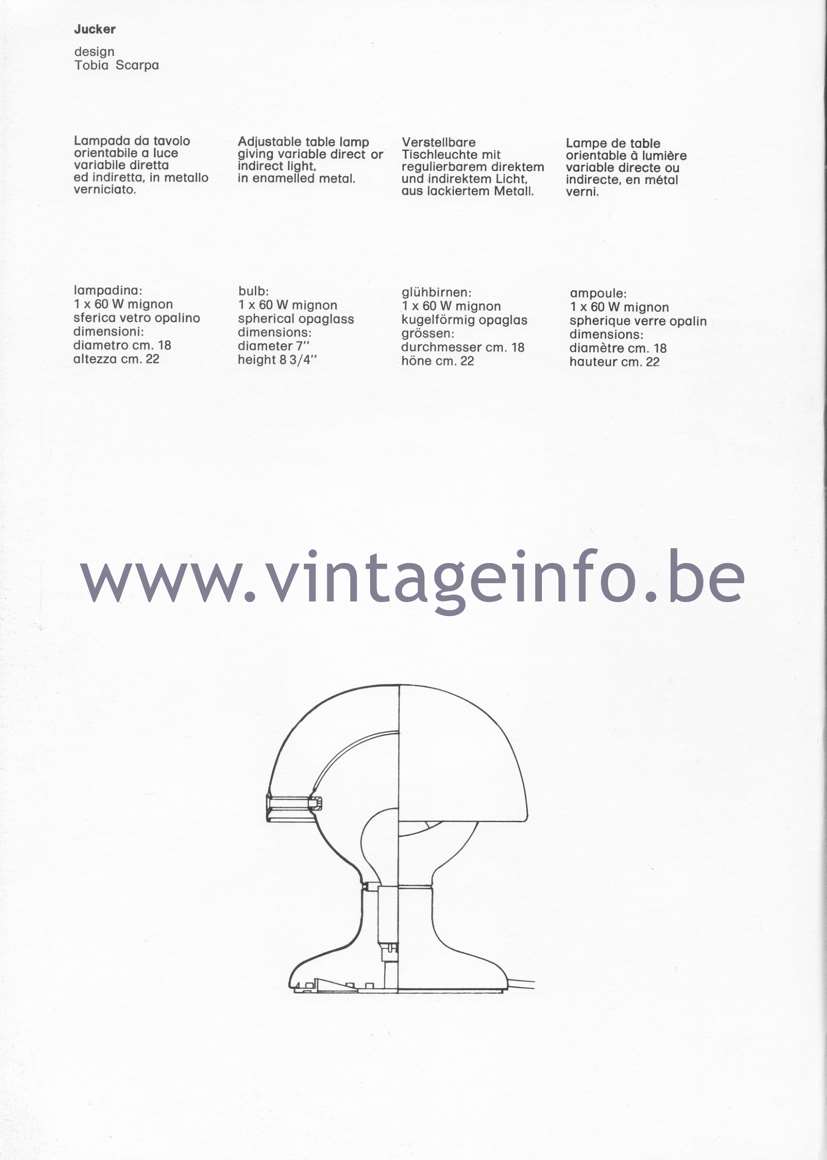 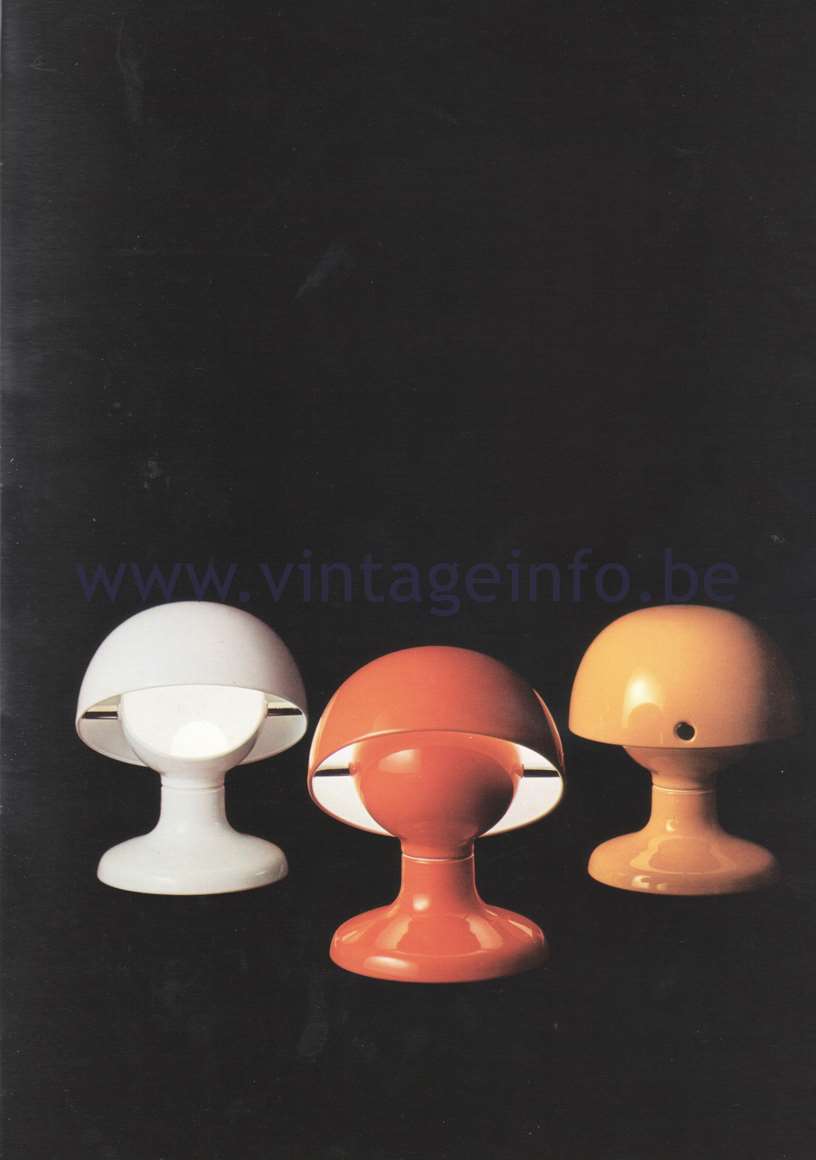 A FLOS Jucker table lamp was used as a prop in the French black comedy film Tanguy from 2001. Starring Sabine Azéma, André Dussollier and Éric Berger. Many beautiful lamps appear in this movie. A sequel was made in 2019. It is named Tanguy Le Retour (Tanguy Is Back). 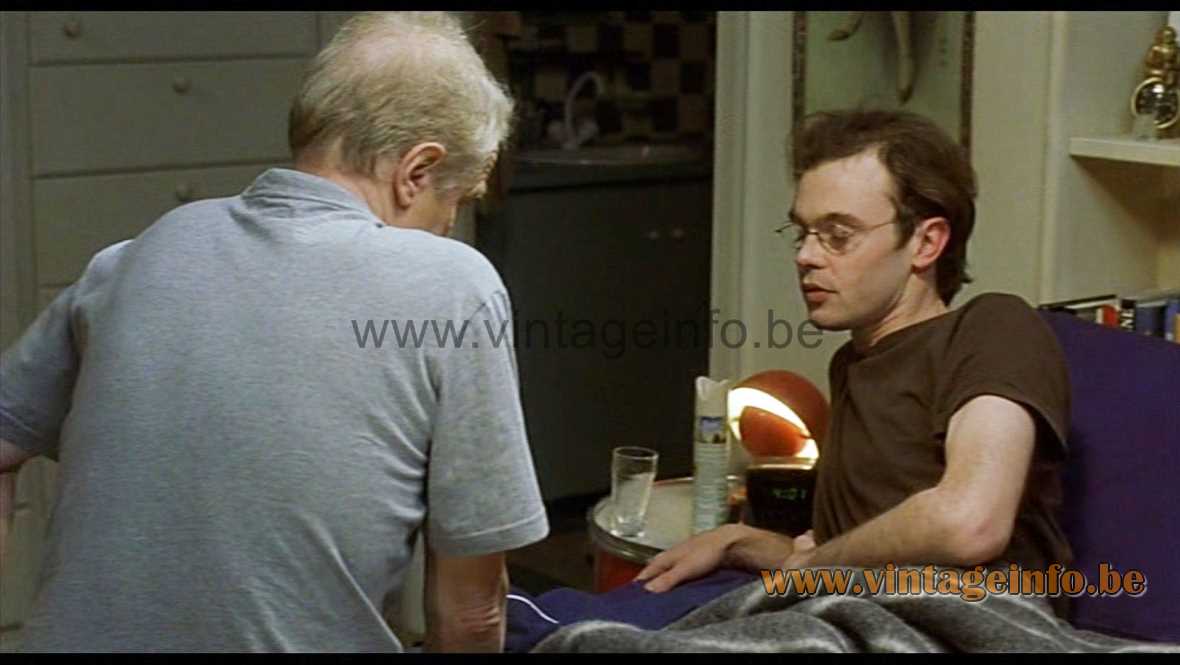 Other versions: The FLOS Jucker table lamp was made in many colours. First editions such as this one have a green or red felt bottom. Later versions have a black plastic bottom in the base with the name of the lamp, the designer, FLOS and patent pending pressed in it. The most recent version has a black plastic bottom, but only with a sticker “FLOS made in Italy”. From 1968 on, a switch designed by Achille Castiglioni was used. It is the 450 switch produced by VLM Components also from Italy. The switch of this lamp was made by Norwegian company ELKO AS.

The Jucker table lamp was made for many years. You can find this eclipse style table lamp over here in the FLOS 1980s catalogue.

Afra and Tobia Scarpa also worked in commercial architecture and interior design. Some of their best-known work was for Benetton. Their collaboration with the clothing company began in 1964, with the design of the firm’s first factory. They are credited with several interiors for them including their prototype store in Italy.

ELKO AS switch and info